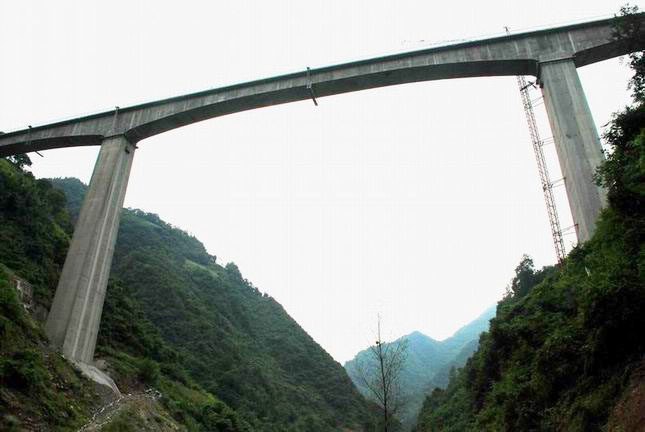 The highest of many new bridges along the second line of the Xiangyan-Chongqing Railway line, the Zhuqihe Bridge is composed of a central span configuration of 72+ 128+ 72 meters. The piers measure 84.8 and 76.8 meters tall while the total length is 287 meters. The central beam is a single cell box structure.

Also just 8 kilometers northeast of the Zhuqihe Bridge is the equally spectacular Niujiaoping Railway Bridge with a height of 111 meters and a main span of 192 meters. Both bridges are approximately 50 kilometers southwest of the main station in Ziyang.

It should be noted the city of Xiangfan is now called Xiangyan hence the current line name of Xiangyan-Chongqing Railway line. The length is quoted by Wikipedia to be 895.3 kilometers. The line was electrified in 3 phases from 1980 to 1998 and a second track was completed in 2009. This new line is more direct measuring only 507 kilometers in length and capable of trains as fast as 160 km/h.

Xiangfan-Chongqing Railway, 859.6km long, was constructed from 1968 and was formally opened to traffic in June 1978. Xiangfan-Chongqing Railway runs across Wudang Mountain, Daba Mountain and Huaying Mountain. There are 405 tunnels with a total linear length of 287km on the railway line, including 12 tunnels with more than 3km length, 2 tunnels with more than 5km length, 7 three-track tunnels and 2 4-track tunnels. No. 2 Daba Mountain Tunnel, 5.334km long, is the longest tunnel on the railway line. The tunnel-line ratio of the railway is 33.4%. In particular, the tunnels on the 276km-long section of the railway line in Shaanxi Province have a total linear length of 172km and the tunnel-line ratio of the section is 62%. Of the 90 stations on the railway line, 36 stations are constructed in tunnels or on bridges. The tunnel construction is mainly carried out by top and bottom heading and hopper-shed tunneling method by means of light-duty machinery. Normally long tunnels are complemented with auxiliary heading to speed up the progress. Besides monolithic lining, shotcrete lining, semilining and arch flank wall are also used. 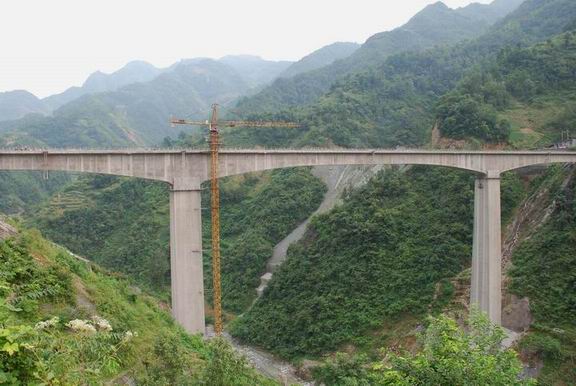 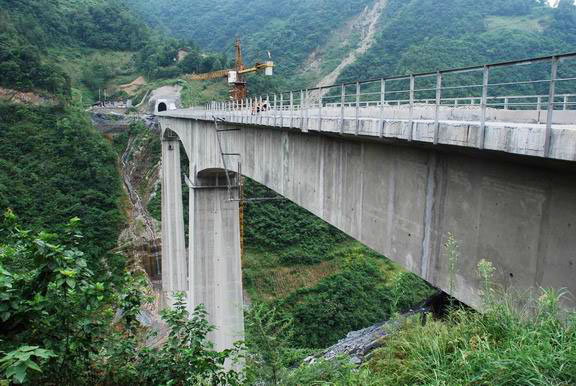 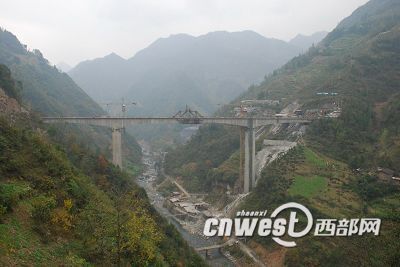 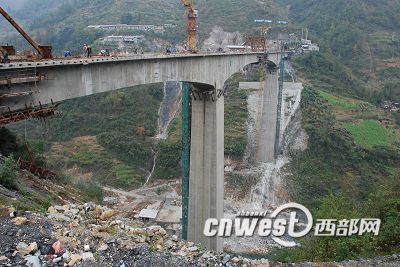 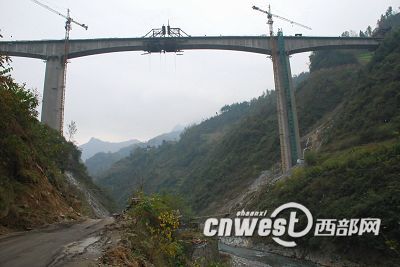 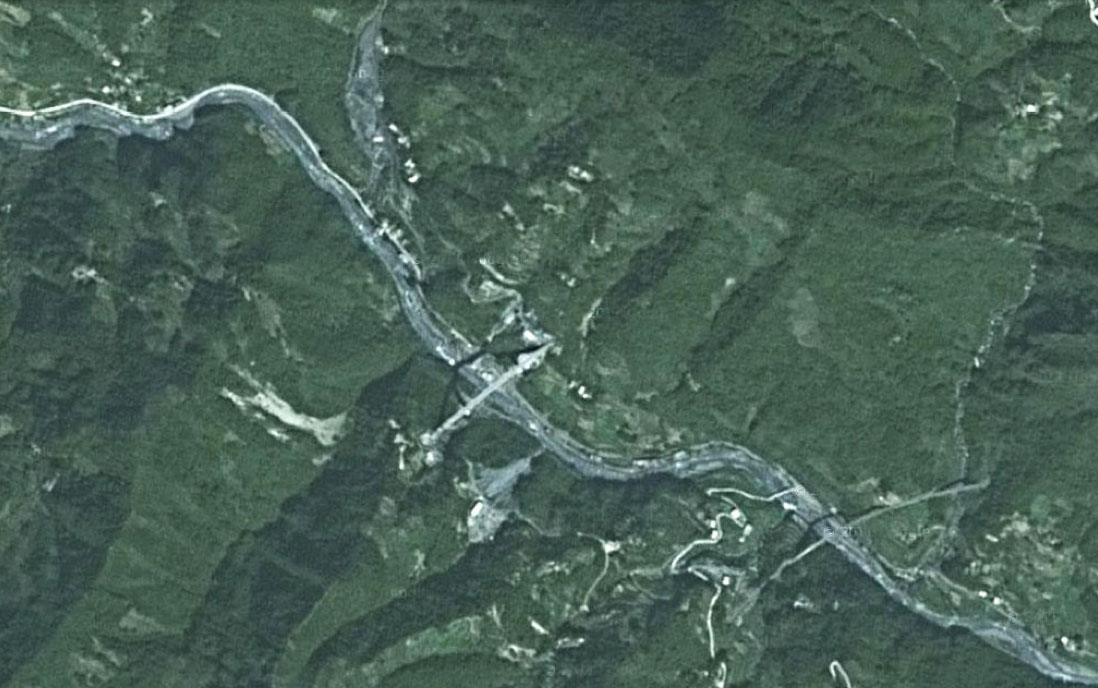 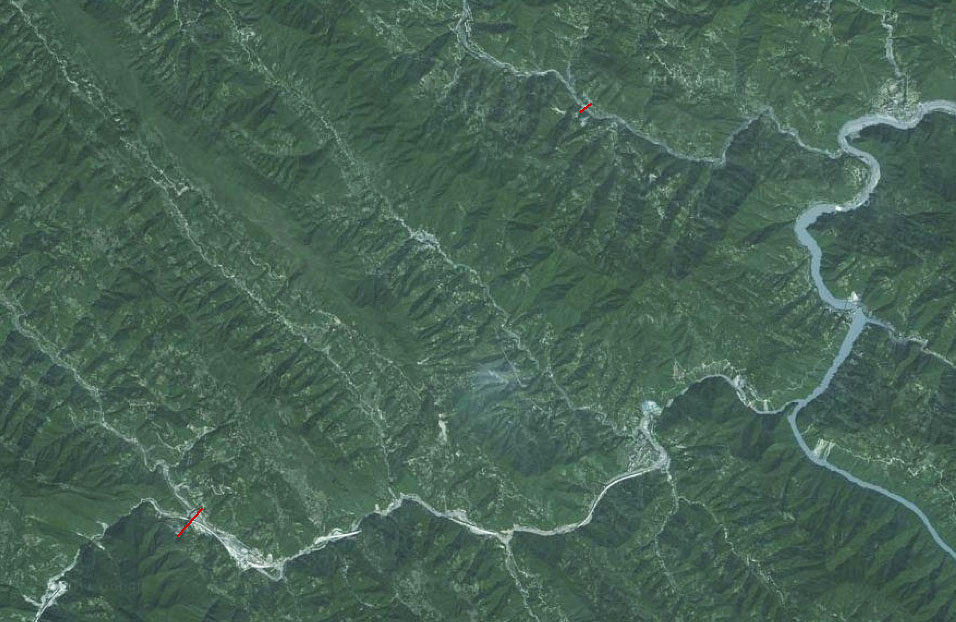 Satellite image of the Zhuqihe Railway Bridge crossing in the upper right and the Niujiaoping Railway Bridge in the lower left. They are located approximately 8 kilometers apart.