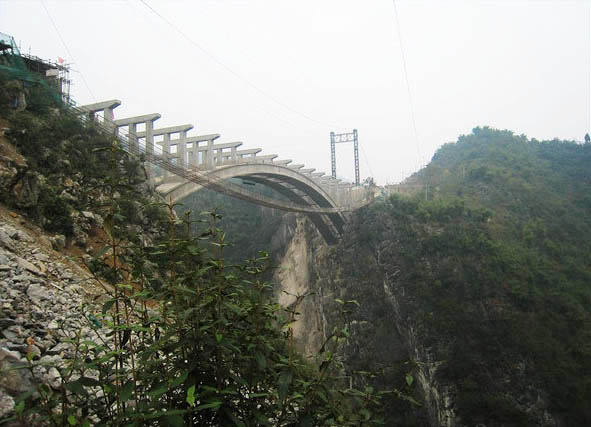 The difficult location required the engineers to build the two halves of the arch vertically on hinges before lowering them down where they were joined at the crown. Zhenzhu was built on a new bypass road that avoids the older descent into the river gorge.

Originally the first attempt to construct an arch across the gorge ended in tragedy on November 5, 2005 when the truss support of the concrete arch collapsed killing 16 workers. It is not clear if a footbridge existed during the construction of the first arch or was only used during the second arch construction. 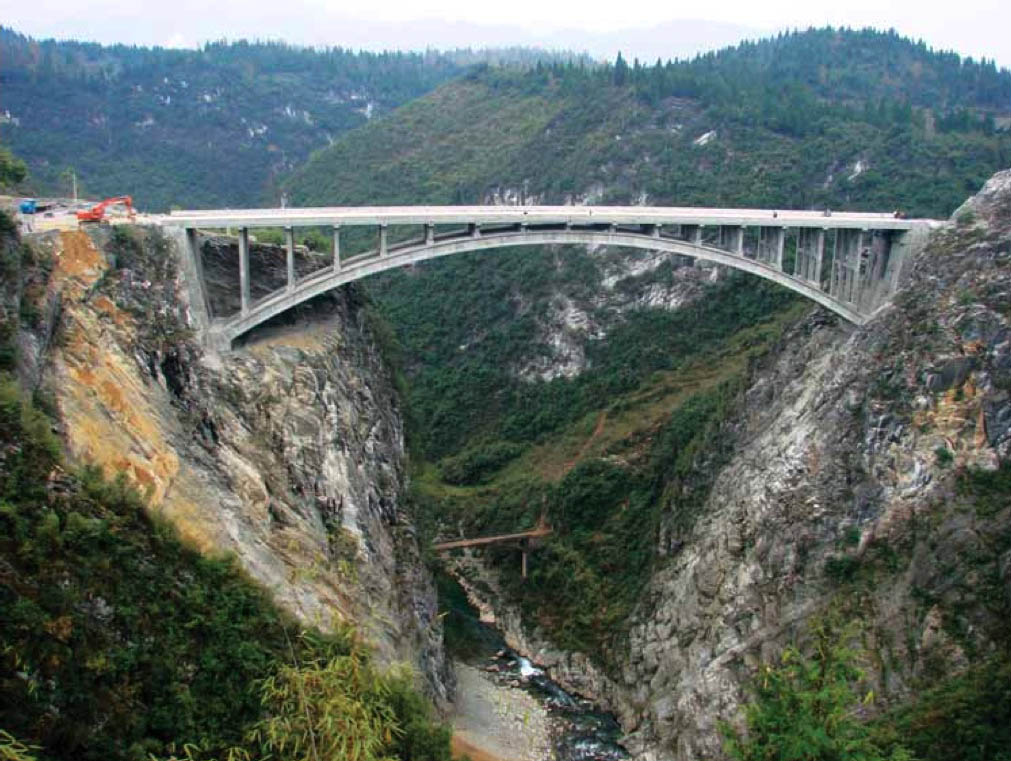 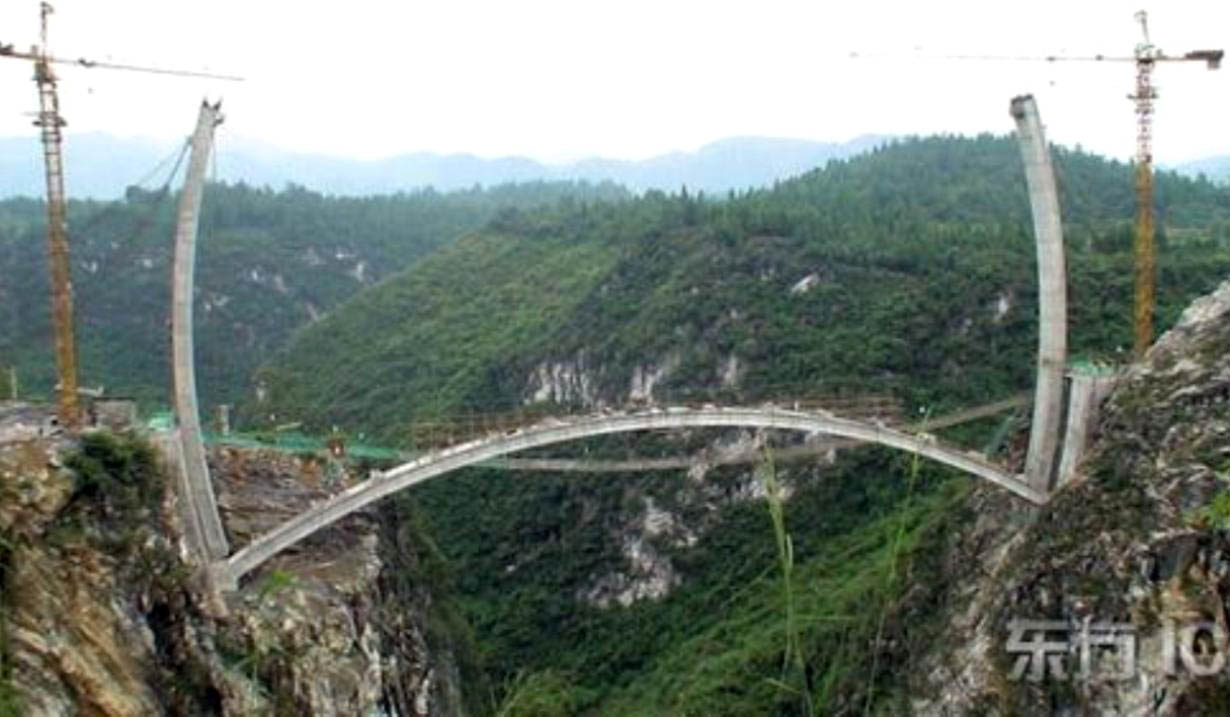 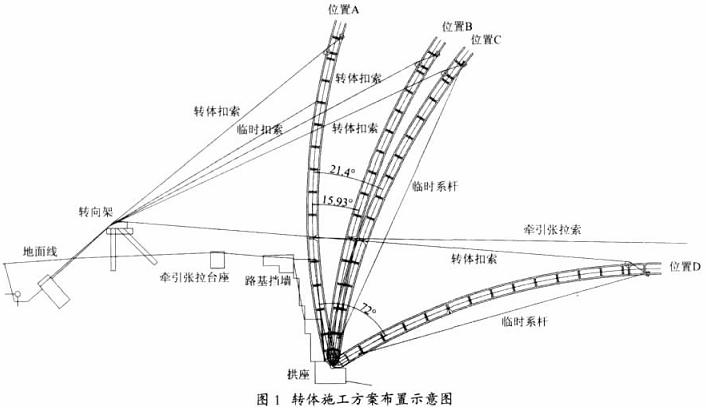 Diagram showing the stays that held the arch half in place before it was lowered down over the canyon. 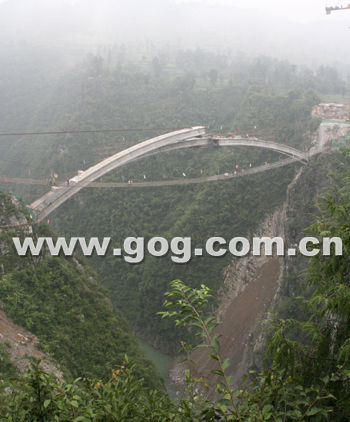 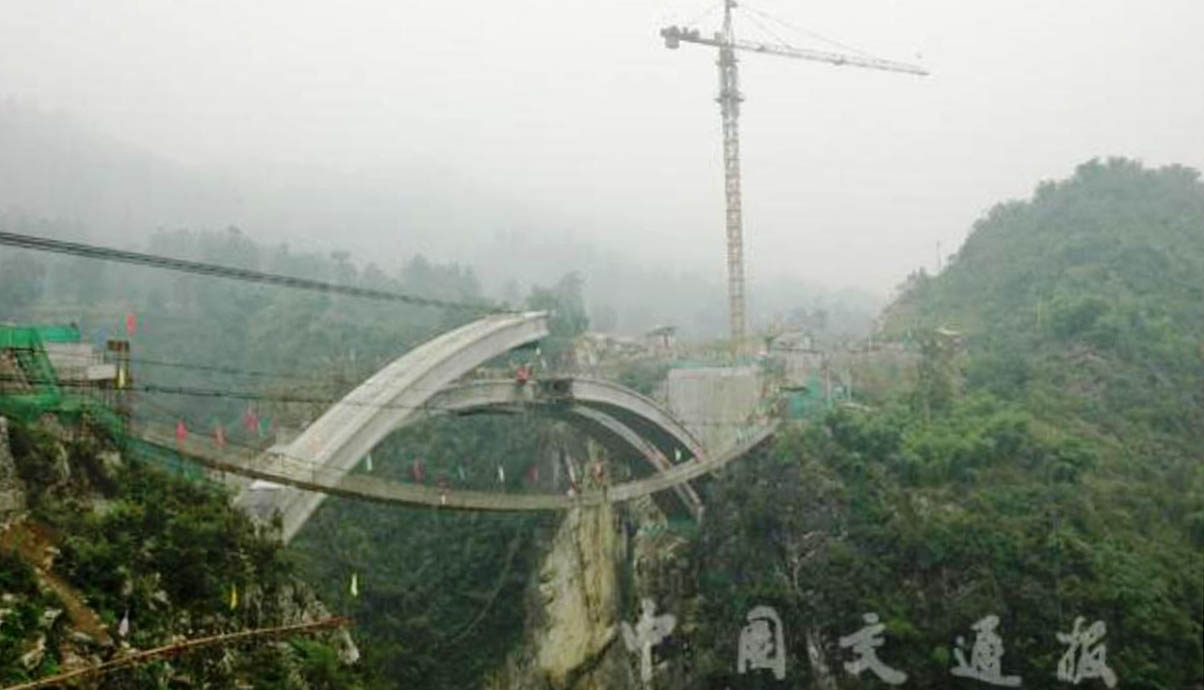 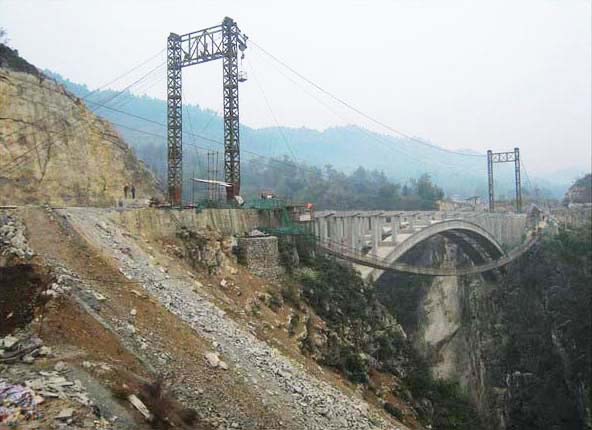 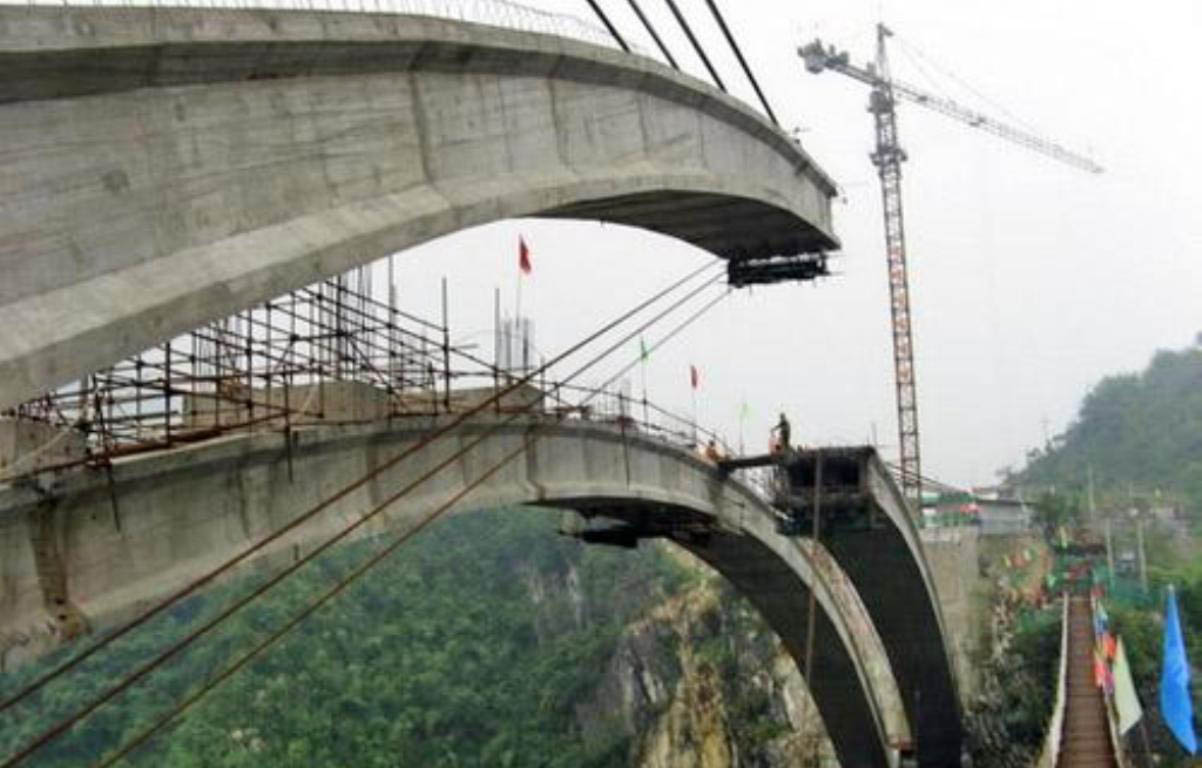 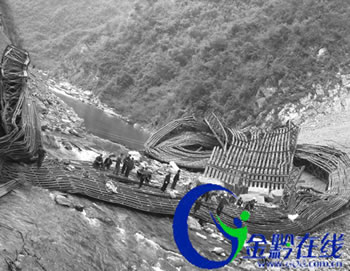 The remains of the collapsed steel truss arch support lie at the bottom of the canyon in 2005. 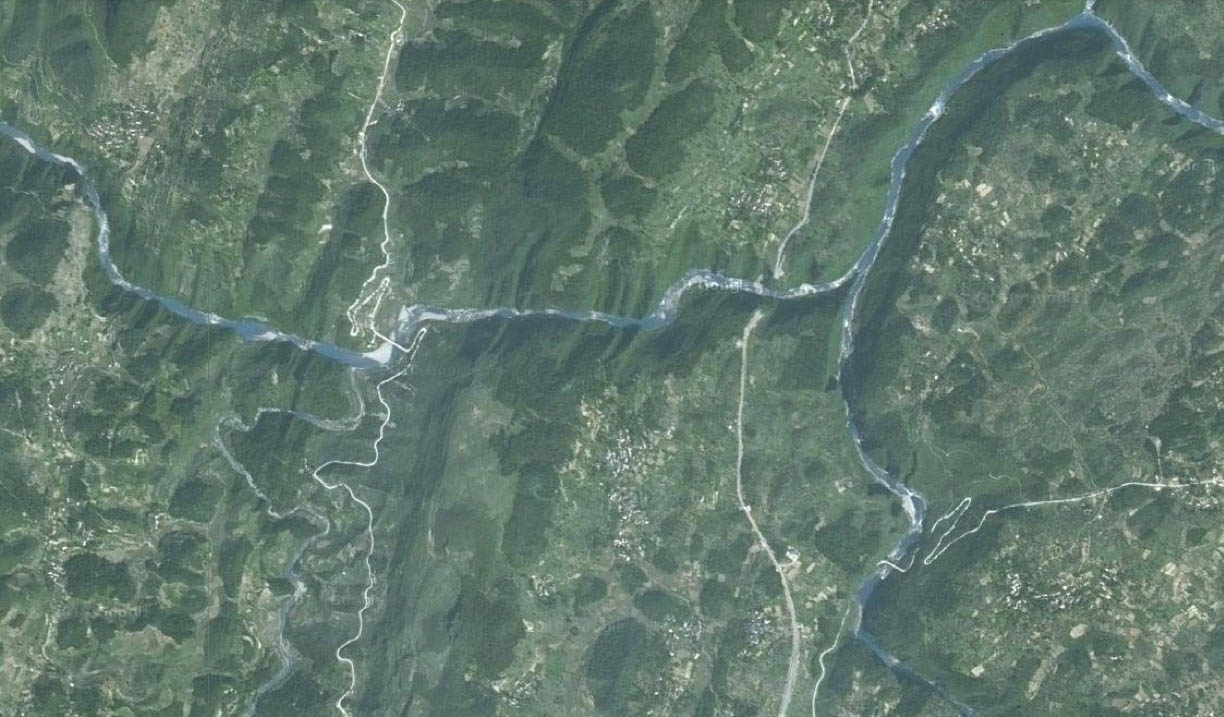 A satellite view showing the Zhenzhu Bridge under construction towards the right. 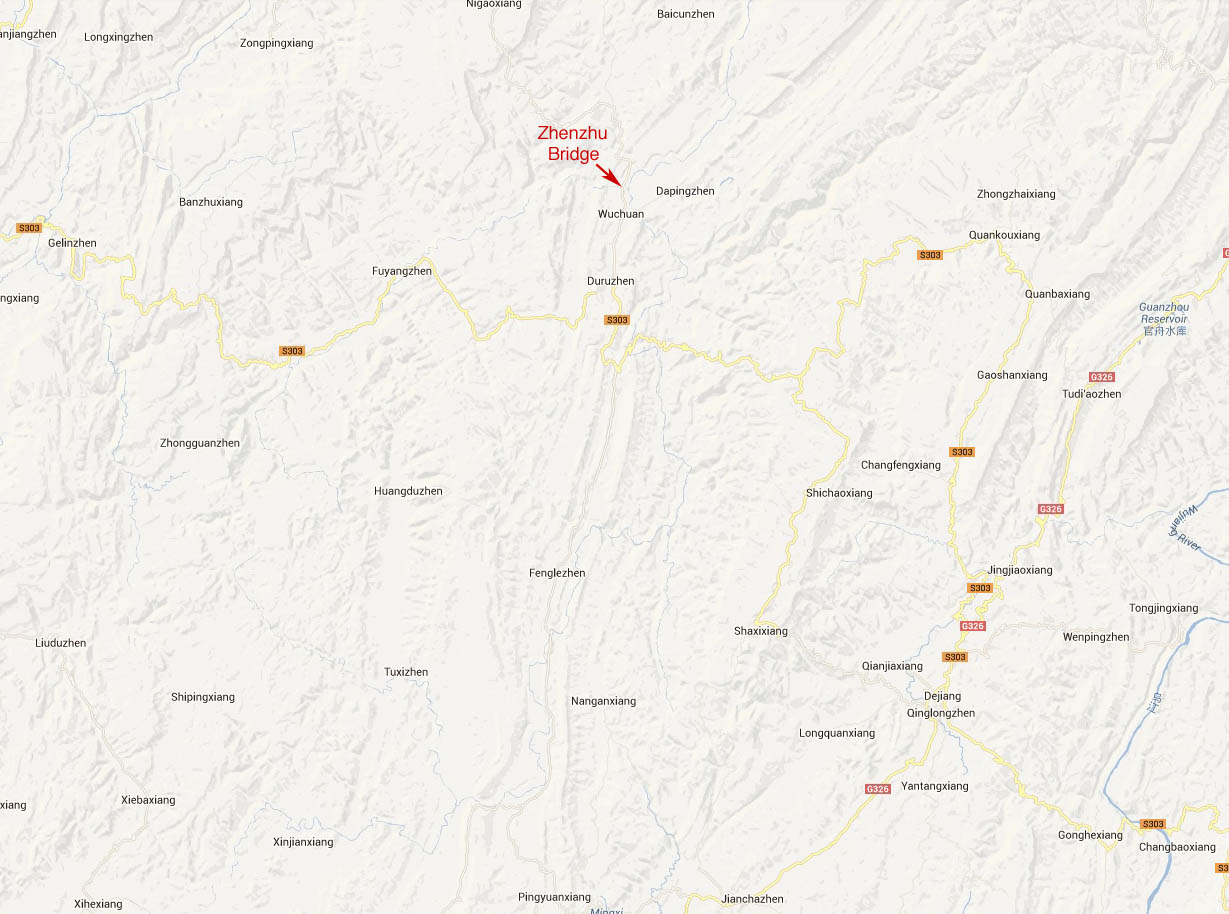