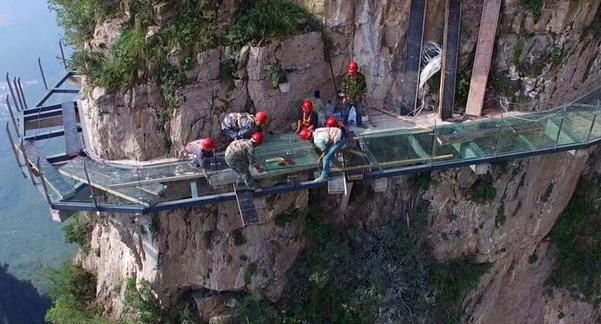 Fast becoming one of Northern China's most popular tourist attractions, the Yuntai Mountain park expanded in 2015 with a cliffwalk and glasswalk that wraps around the edge of a mostly vertical cliff.

Just a few weeks after opening, the surface of one of the glass panels shattered from a guest dropping a thermos on the surface. Widely covered in the media in both China and the west, the damage was largely a media hyped exaggeration as only the top layer broke with the lower layers still intact.

Juntai Mountain Park has several other bridges and walkways that cross over a waterfall filled river gorge. 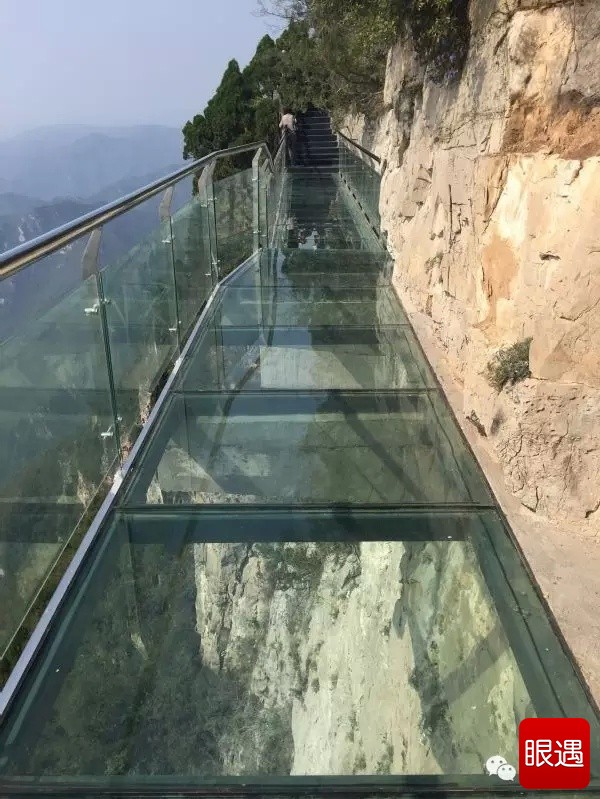 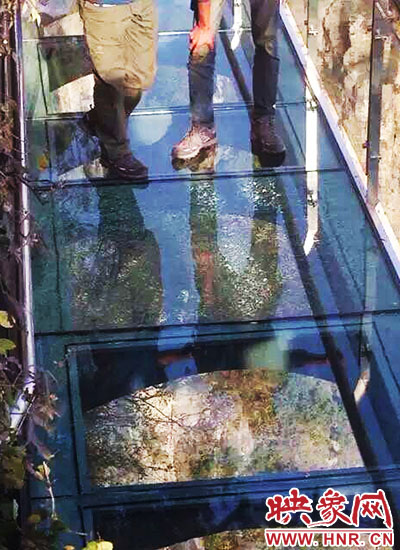 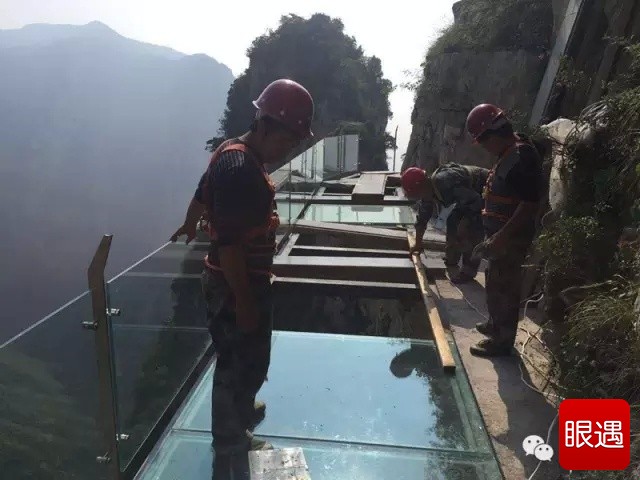 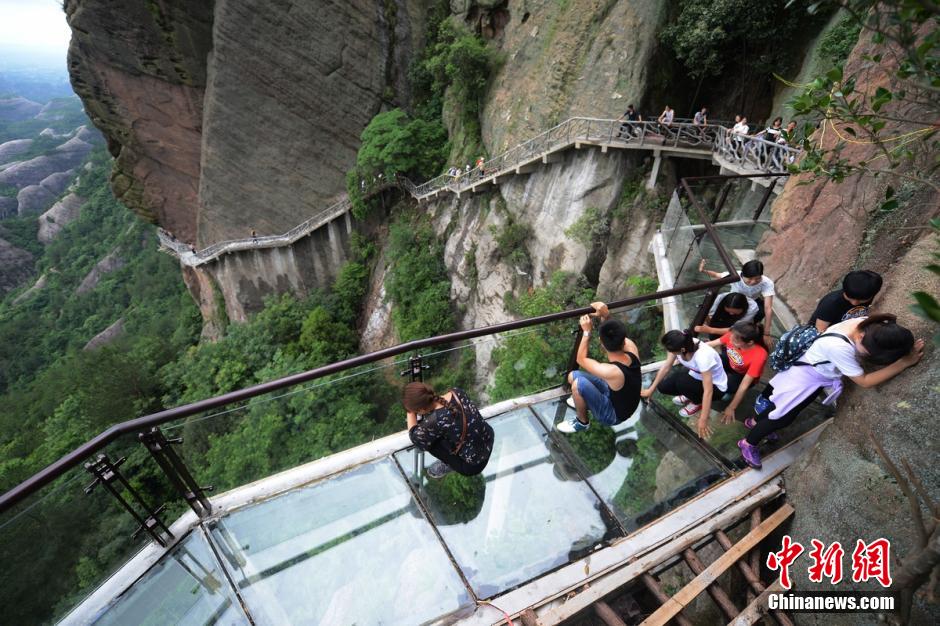 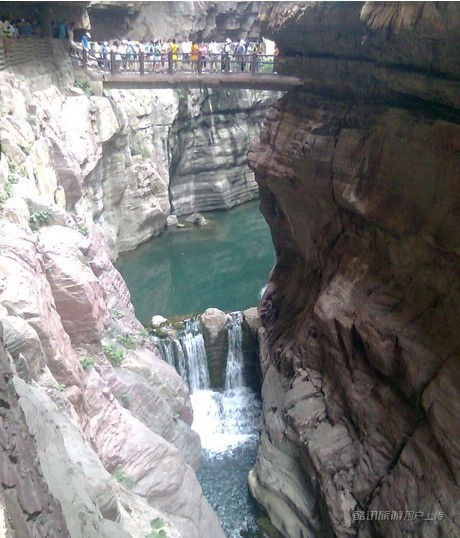 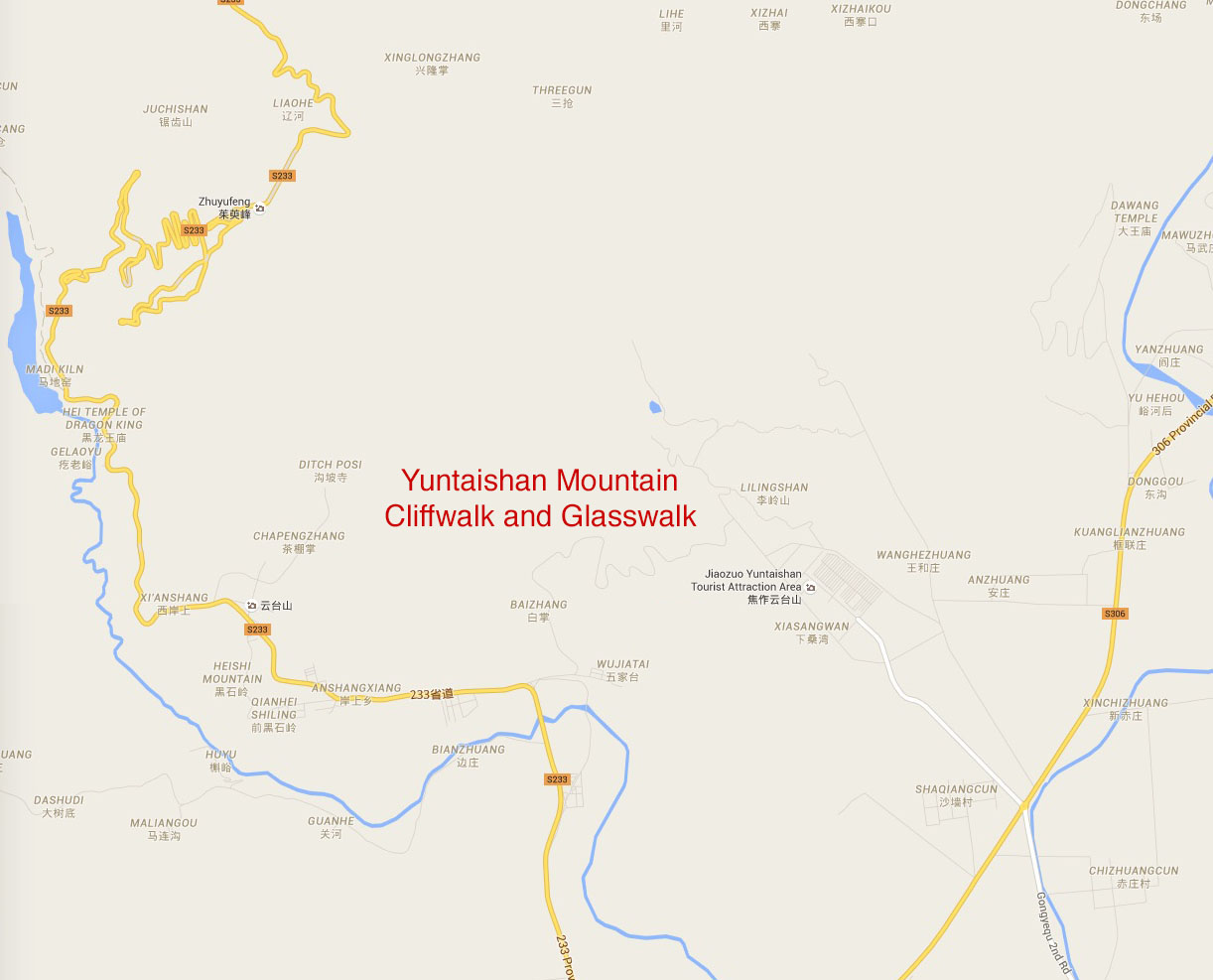 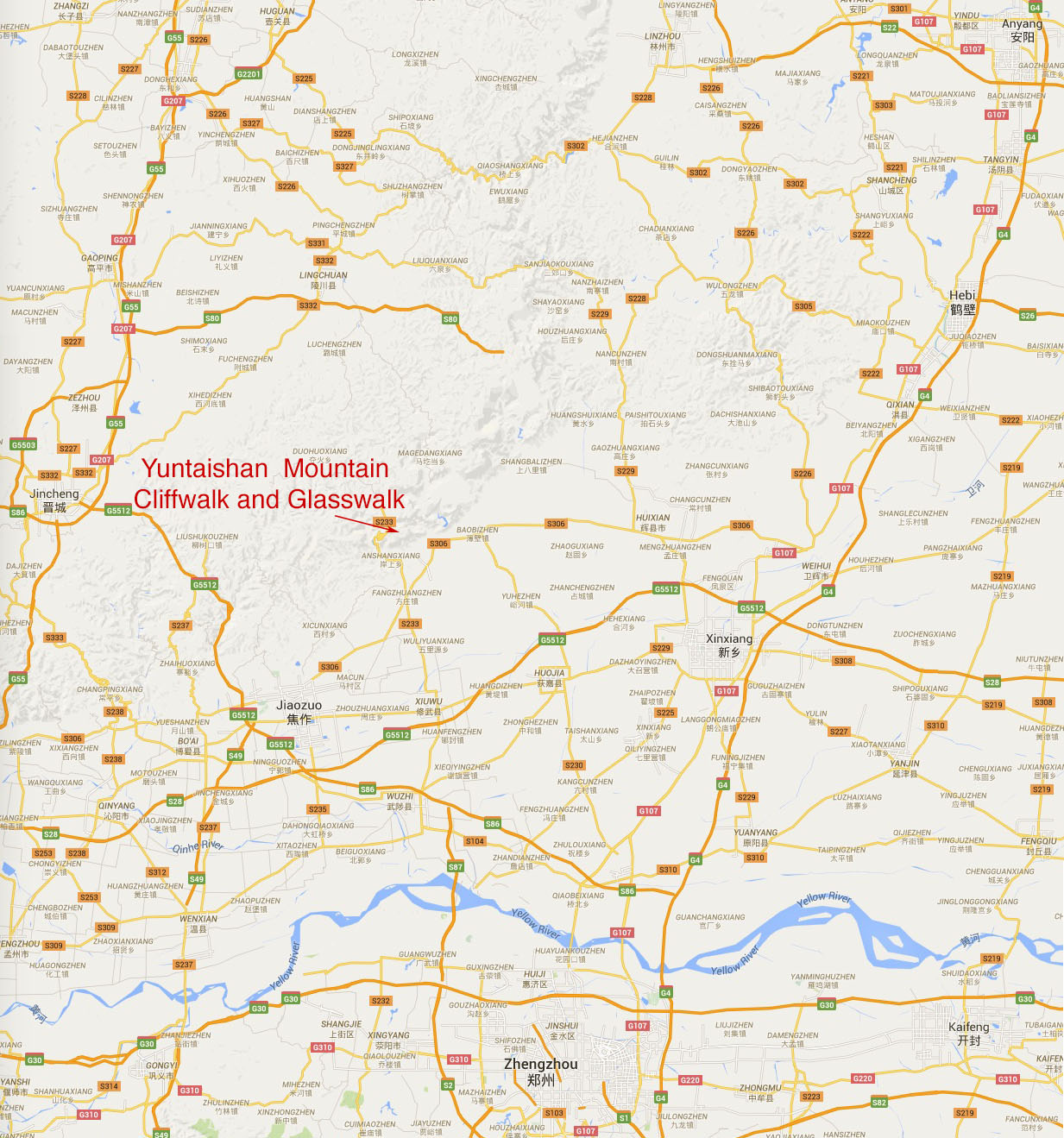