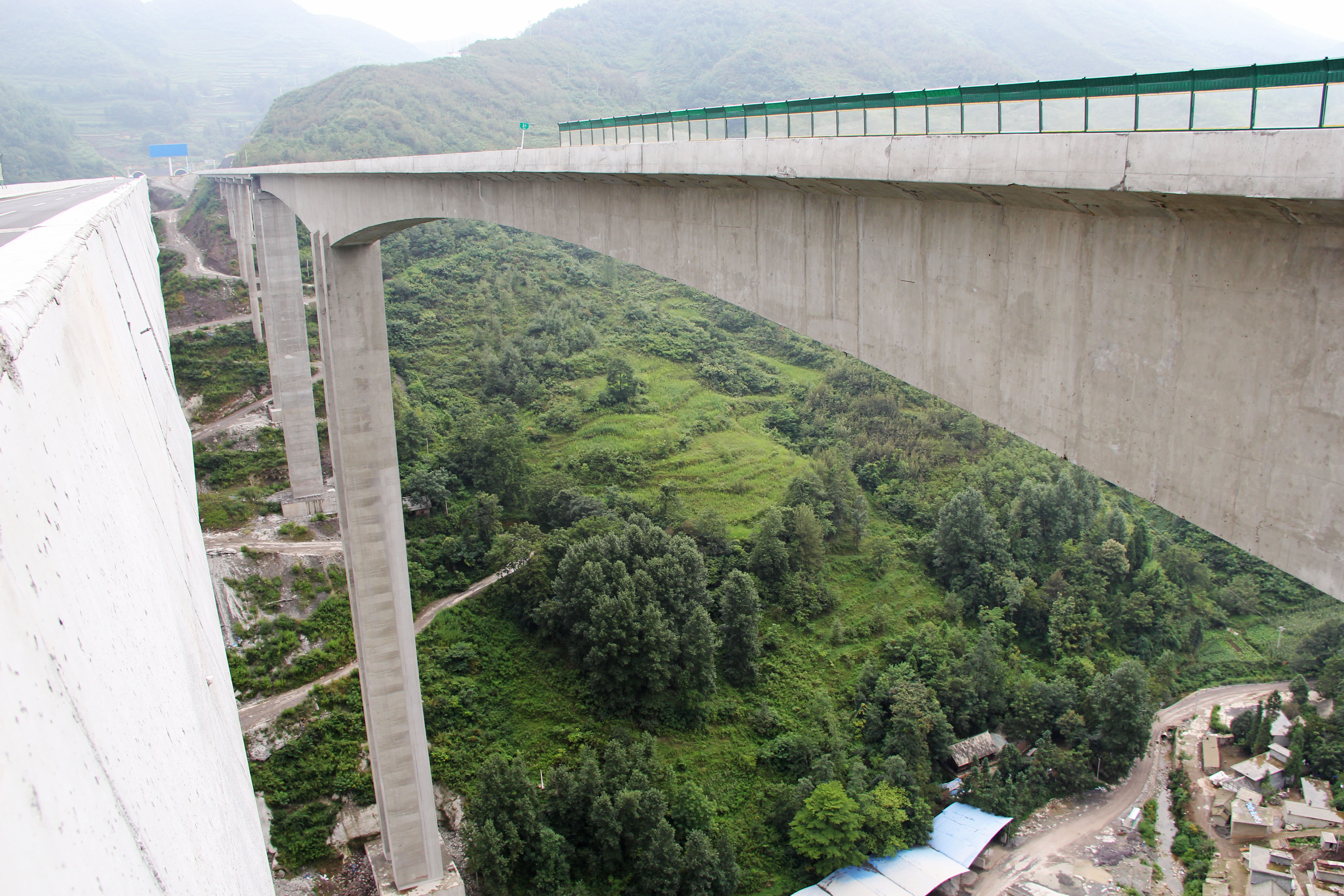 One of two large and high beam bridge viaducts on the S82 Qianda expressway between Qianxi and Dafang in Guizhou Province, the Songhe Bridge is composed of two separate bridges. The two giant spans of 180 meters rest on piers that reach 118 meters into the sky. The bridges are 802 and 778 meters long with a span configuration of 4x30+(96+180+96)+10x30.

The Qianda expressway is most famous for the Xixihe Bridge, the second highest beam span in the world at 288 meters. 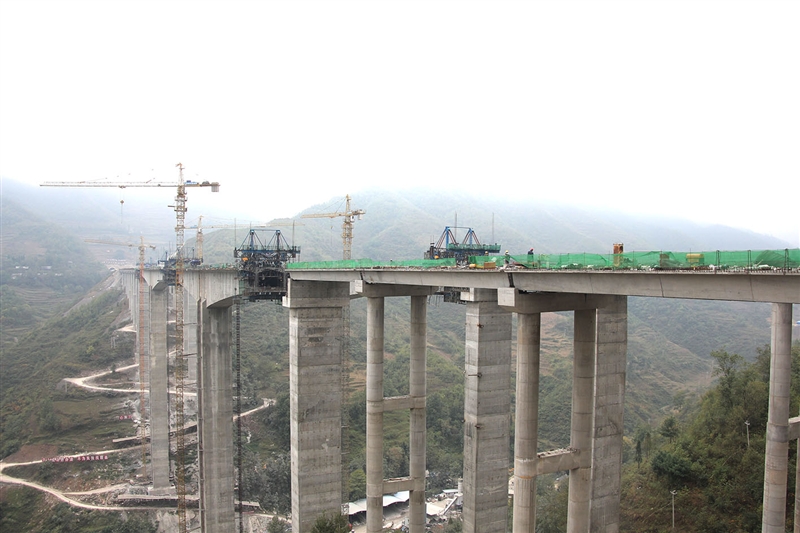 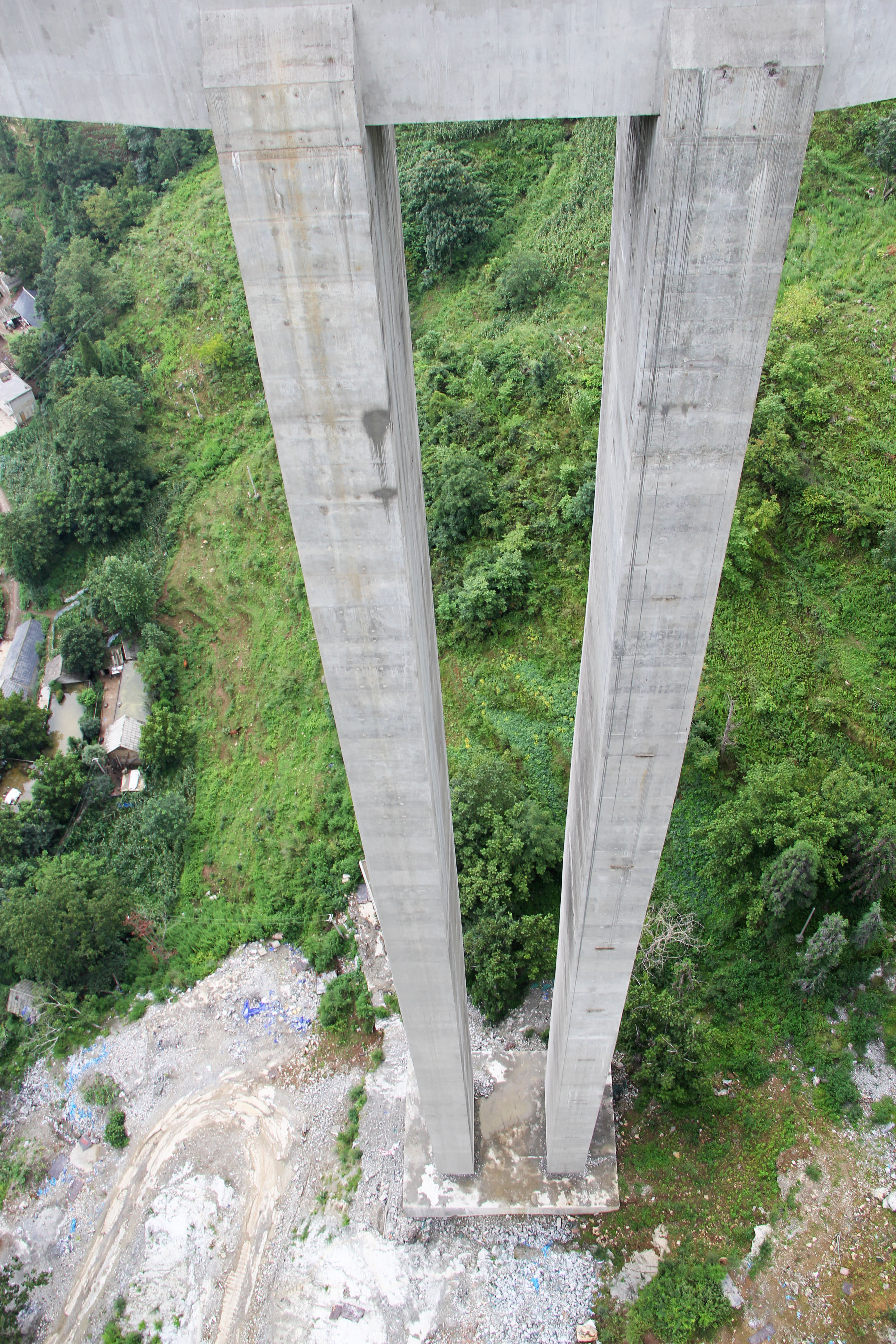 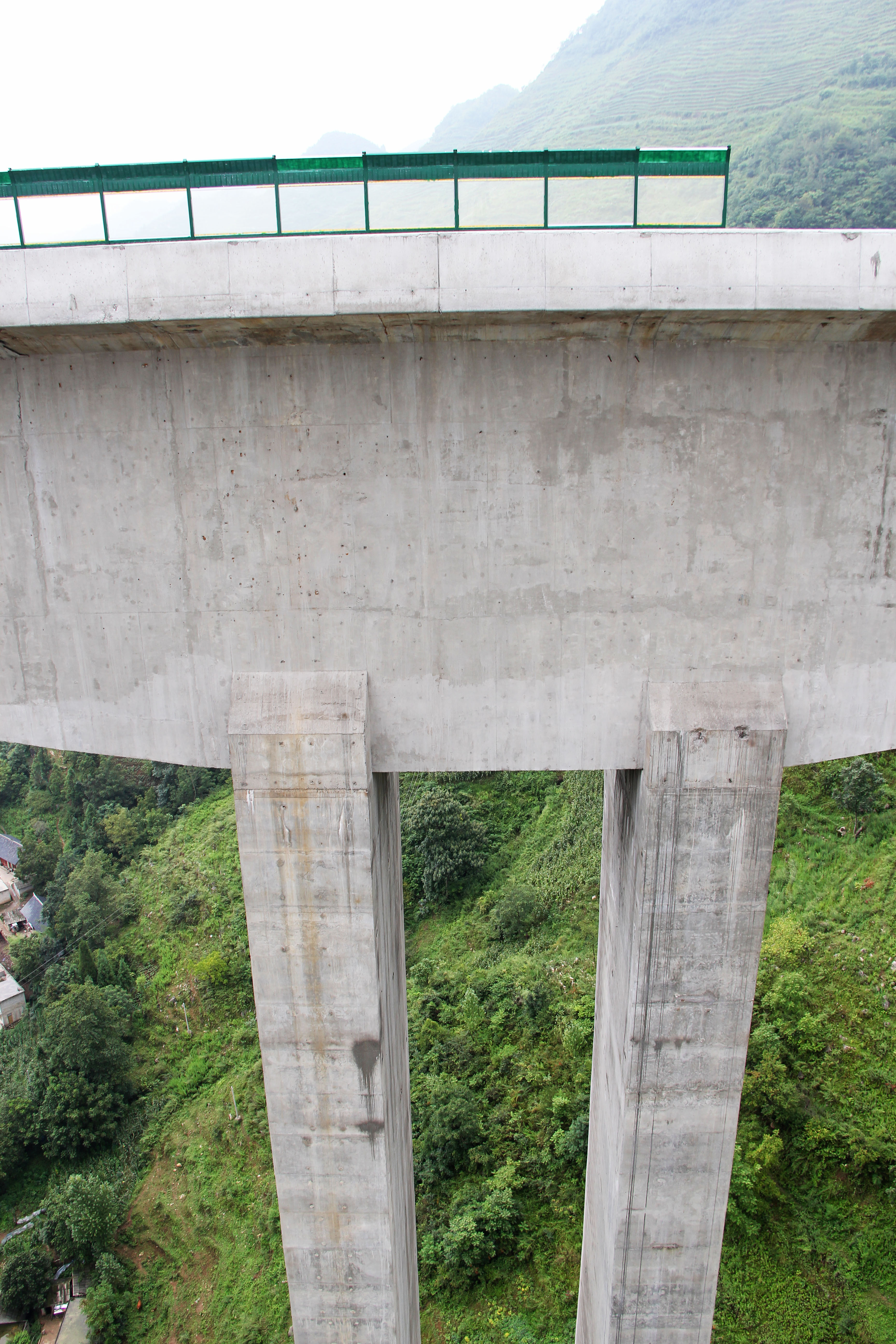 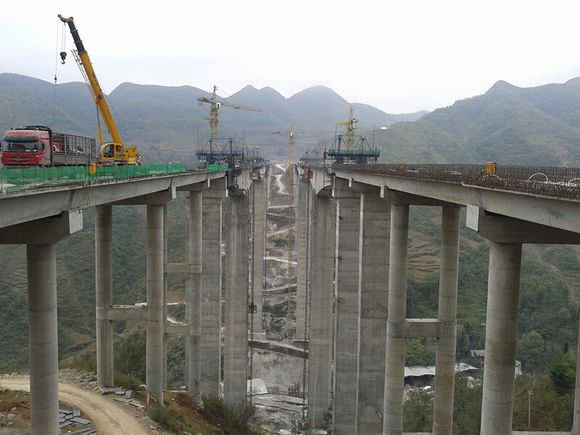 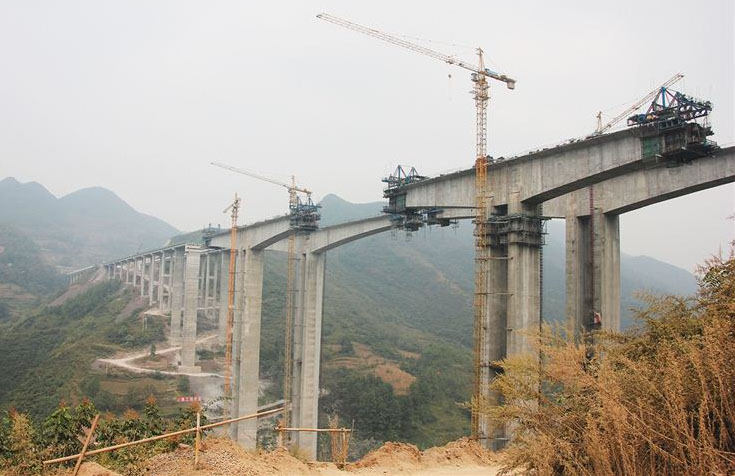 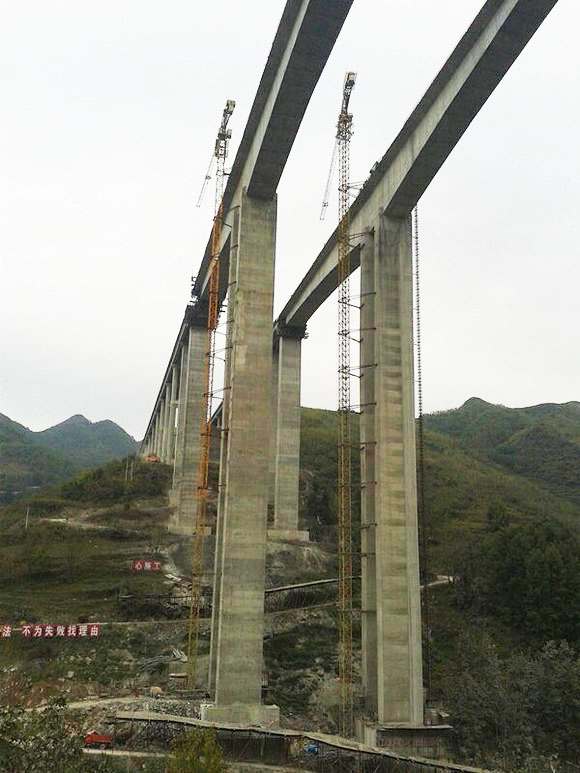 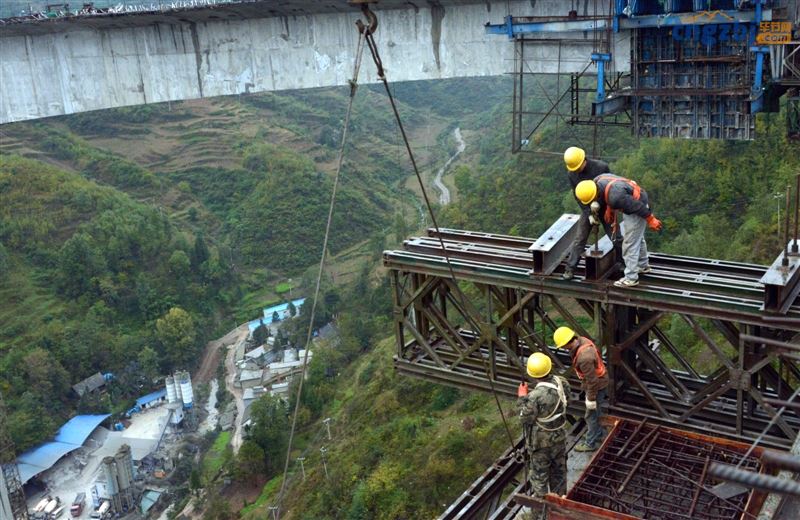 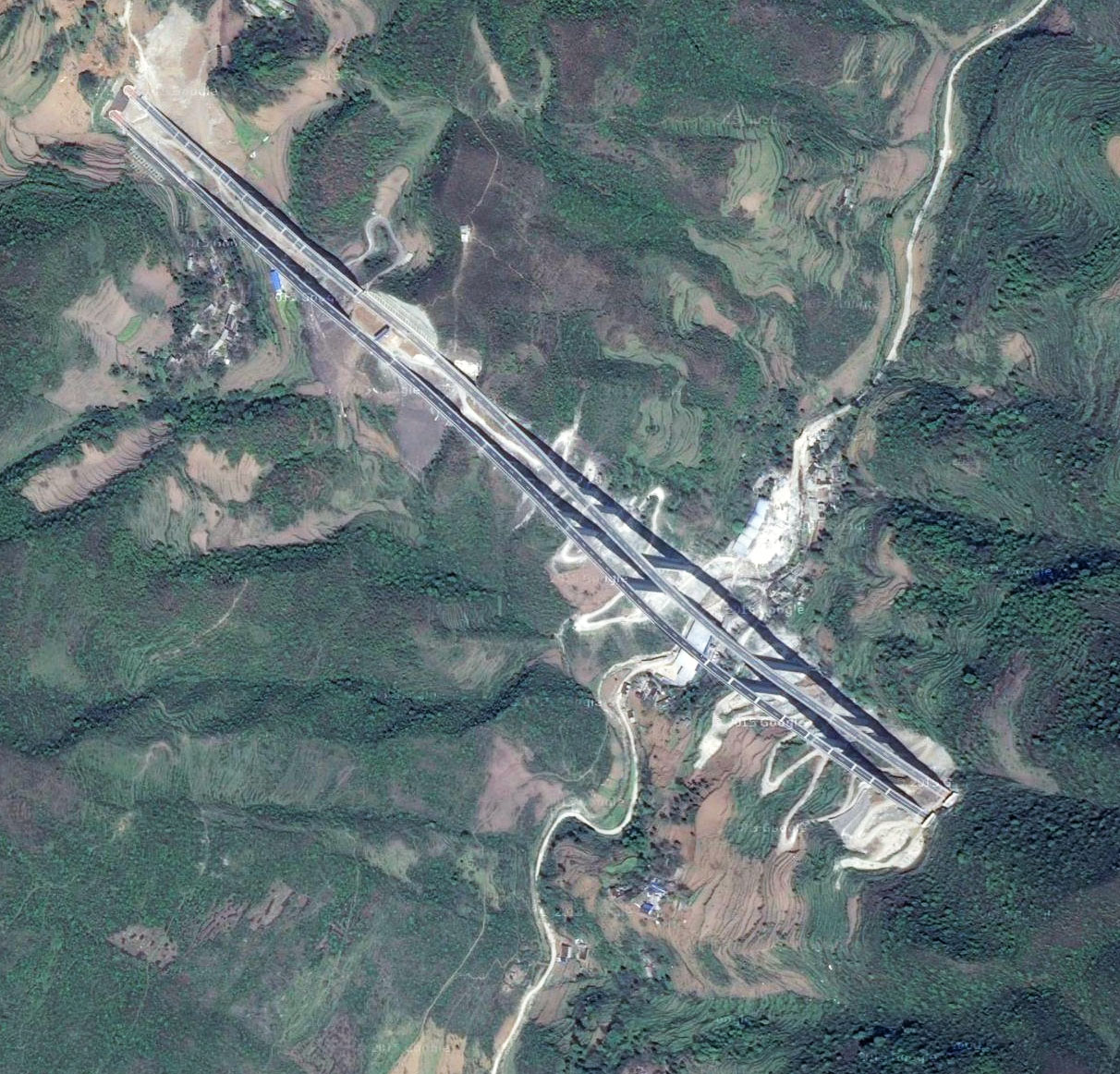 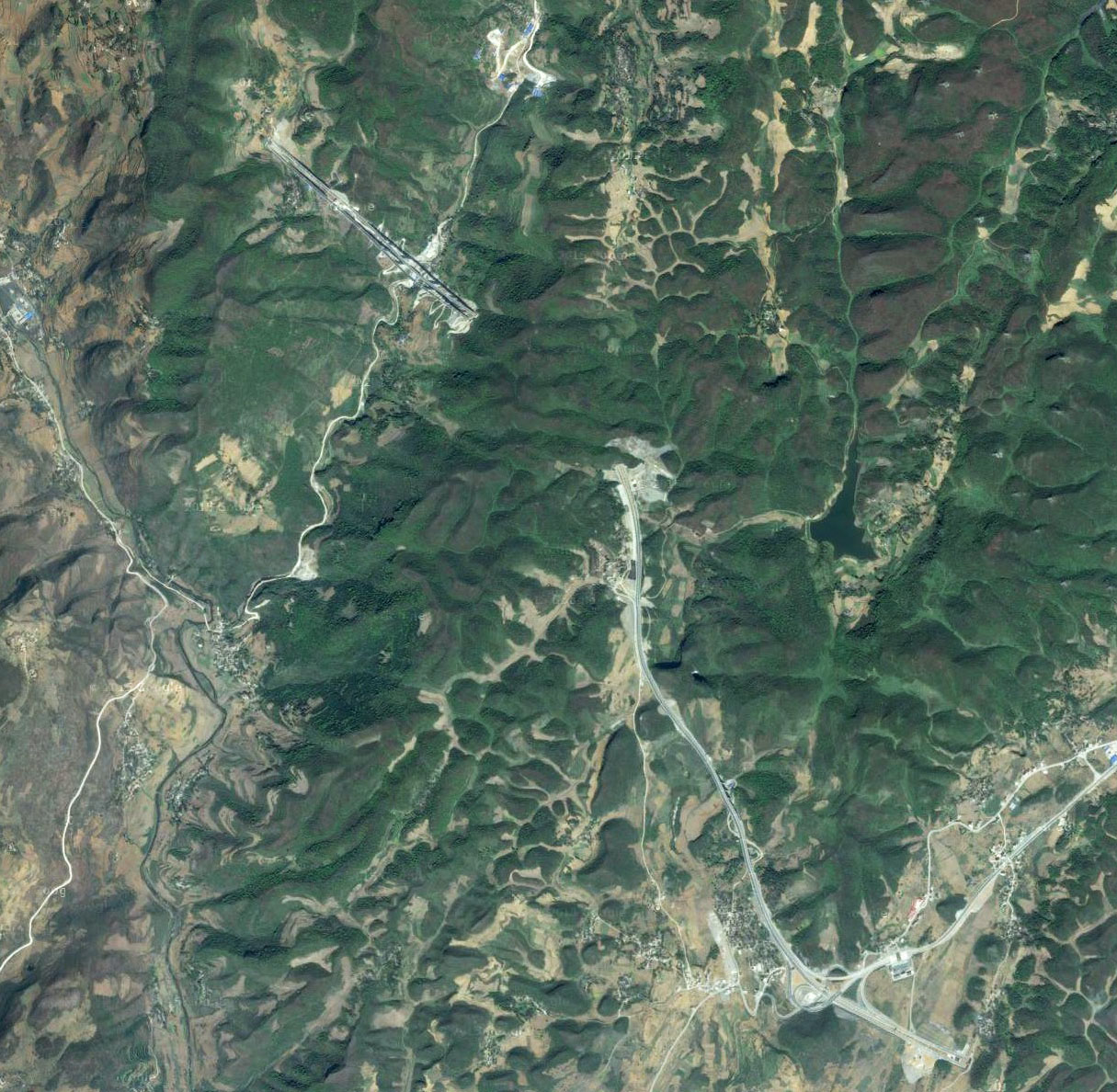 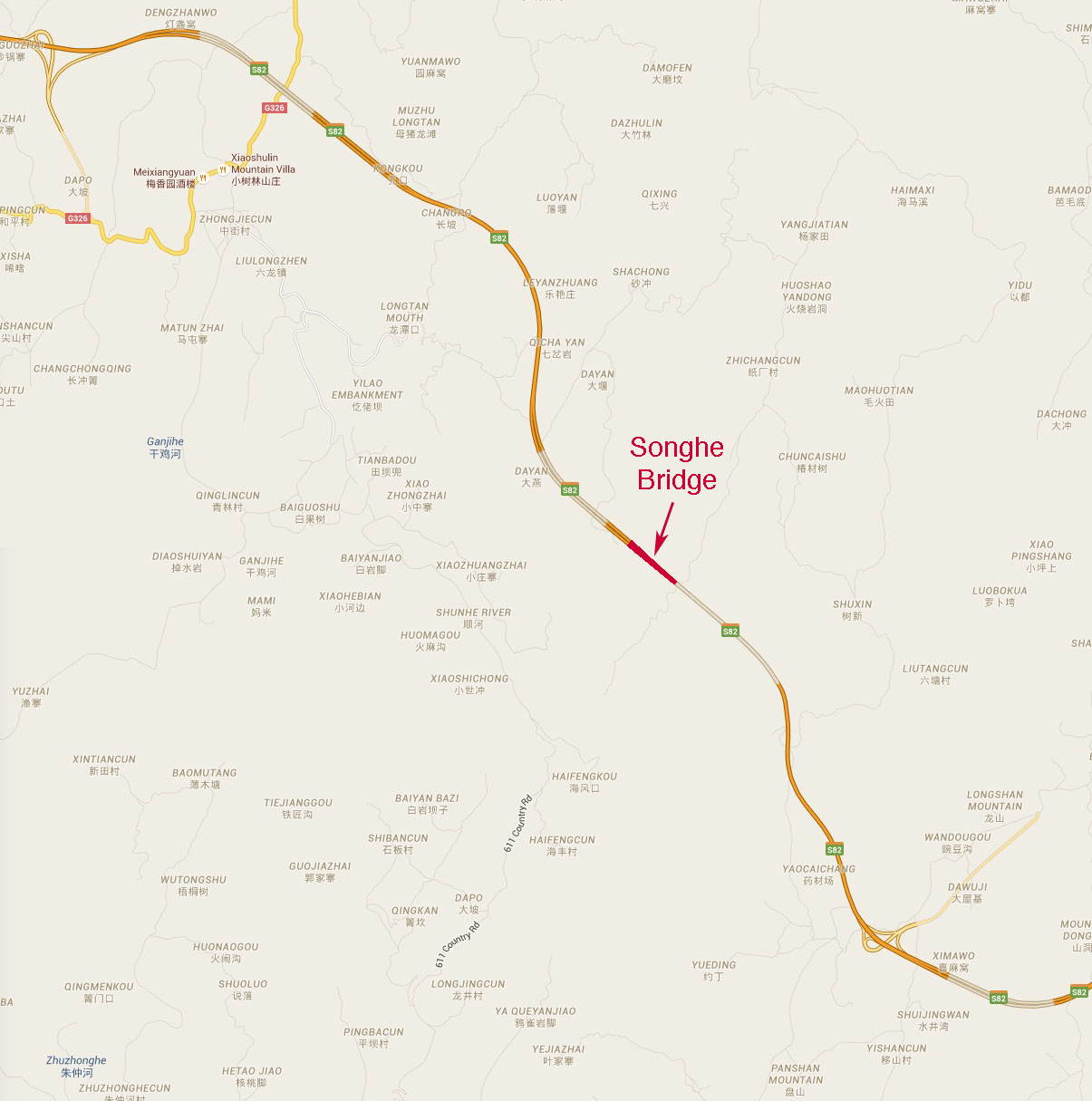 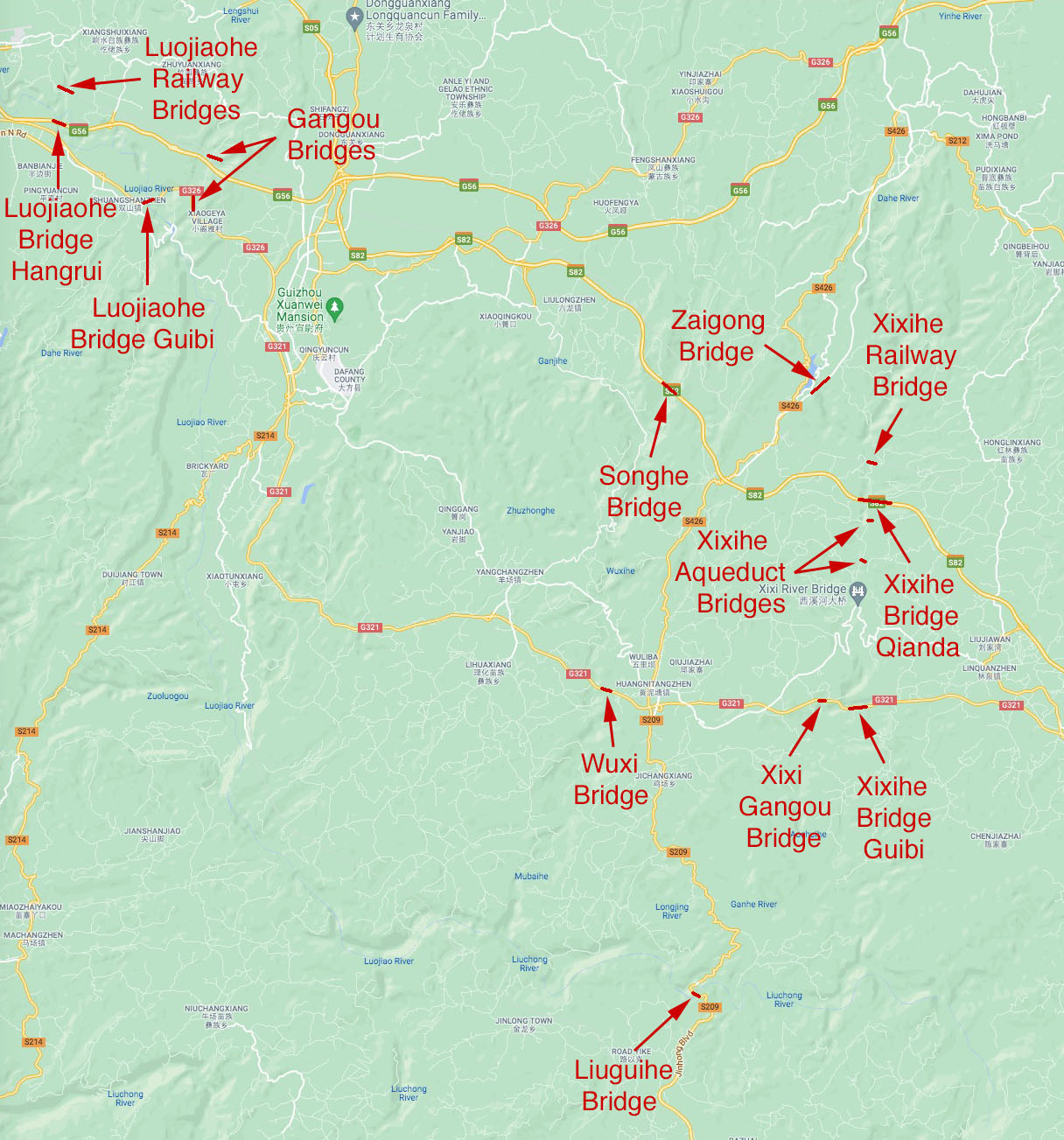