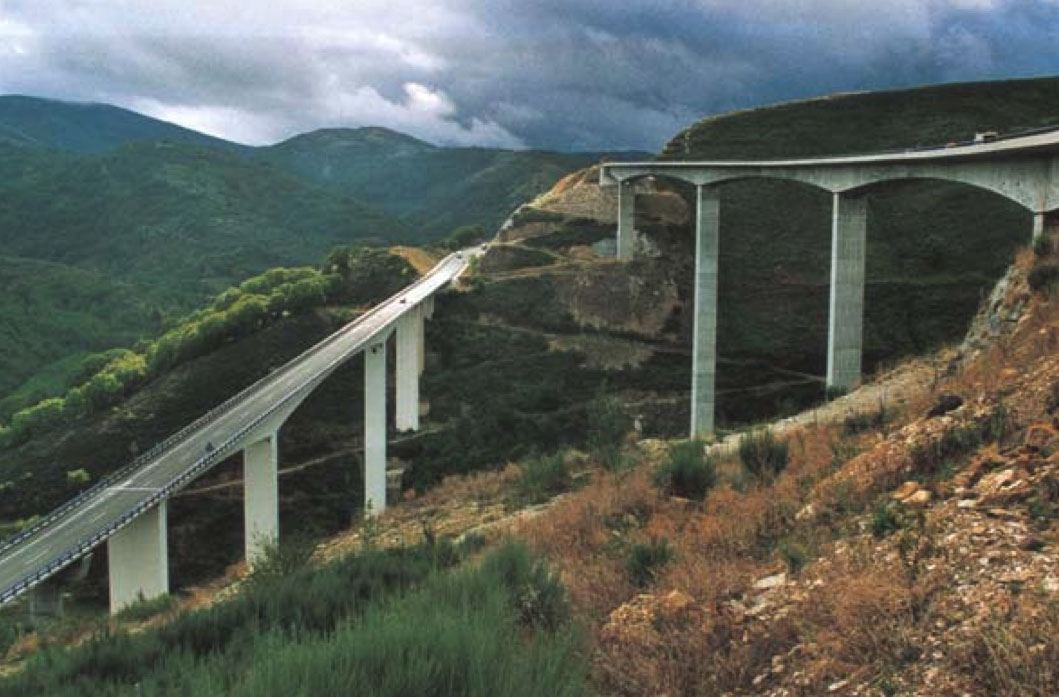 Stretching 370 miles (595 kms) from Madrid to the northern coastal city of Arteixo, the A6 or Autovía del Noroeste is a showcase of Spanish bridge engineering with an assortment of high viaductos. Completed in 2001, the A6 is one of six spoke highways that radiate out from the capital city of Madrid to every corner of the country. The most difficult section of the Northeast highway to build was the 16 miles (26 kms) between Villafranca del Bierzo and Pedrafita do Cebreiro where there are more than 20 viaducts and 7 tunnels.

Located near the small town of the same name is the towering Viaducto Samprón, the highest bridge on the A6. Composed of two separate prestressed concrete beam bridges, the northbound viaduct is unusual for being approximately 164 feet (50 mtrs) higher than its southbound sibling. A subtle S-curve in the alignment gives the higher crossing a distorted twist that makes the whole structure look even more precarious than it already is. The two spans compete for attention at the front of a deep amphitheater more than 1,640 feet (500 mtrs) wide and 500 feet (152 mtrs) high. At 407 feet (124 mtrs), Samprón has the second tallest pier in Spain after the Montabliz viaduct.

The A6 is the only highway in Spain to have 4 bridges that exceed 328 feet (100 mtrs) in height. In addition to the Samprón viaduct there is the Viaducto del Narón with two graceful, wishbone shaped struts that hold the highway 348 feet (106 mtrs) above the Cruzul river. Eleven towering piers carry the Viaducto Silvela across a 344 foot (105 mtr) deep valley. Much further south, near the city of Ponferrada, is the unusual Puente Garcia Ojeda with two massive Warren deck trusses carrying north and southbound lanes 328 feet (100 mtrs) above the Sil river. 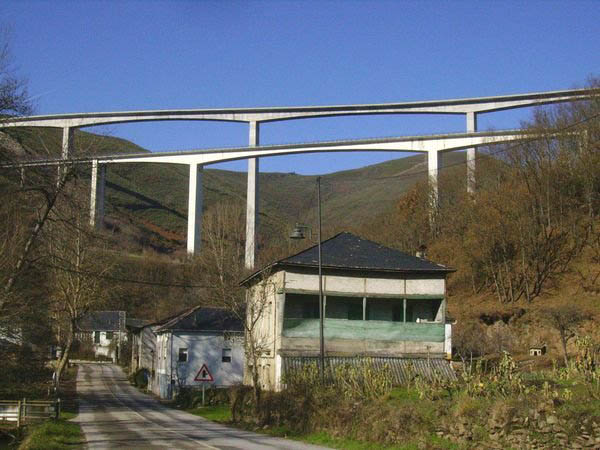 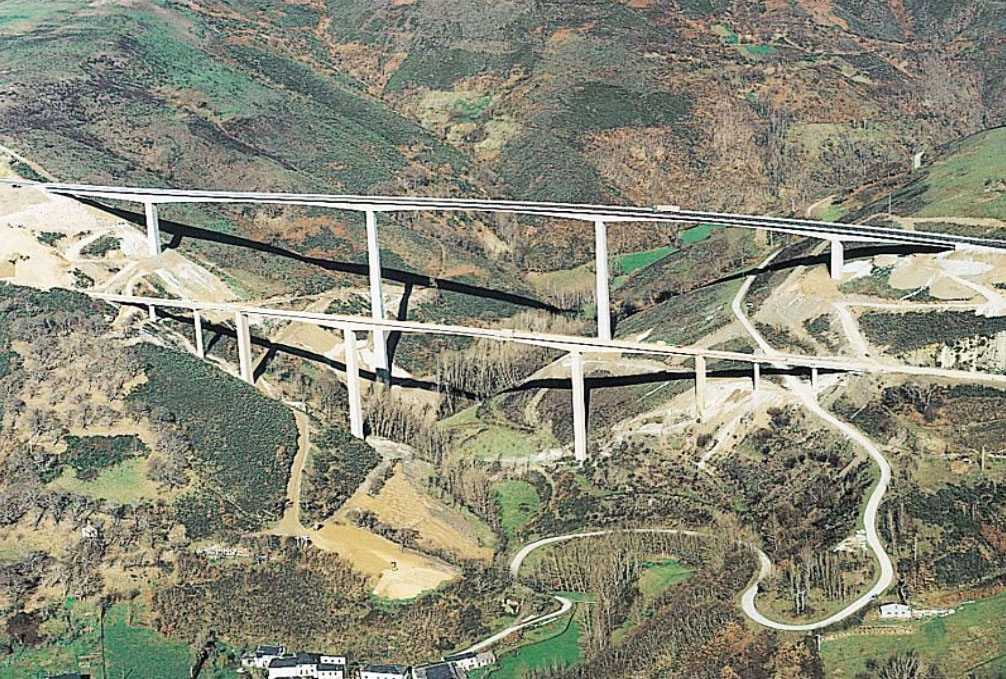 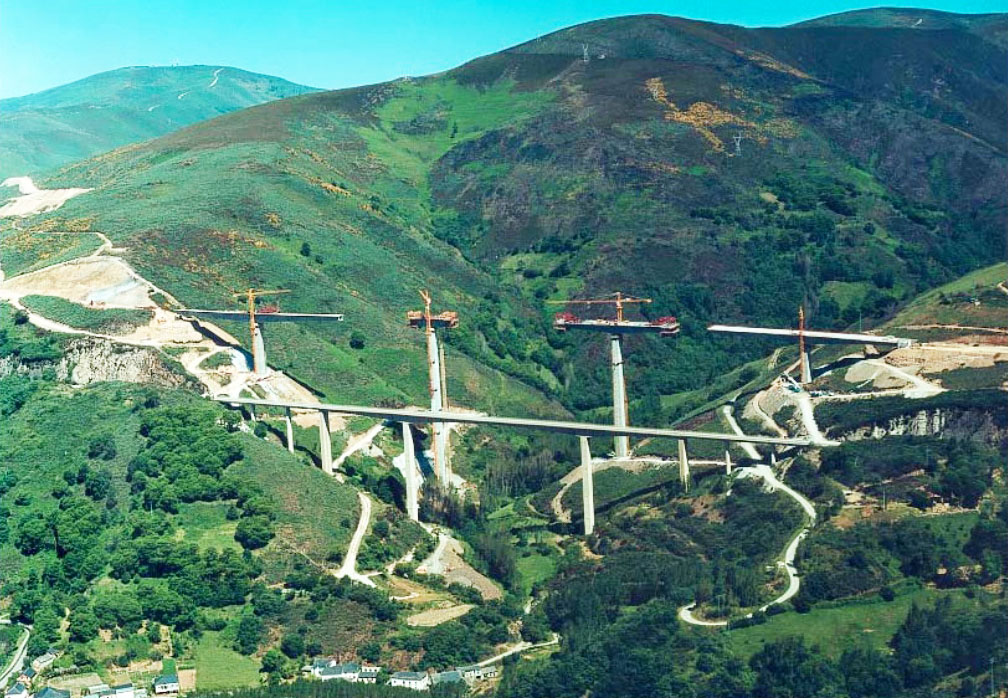 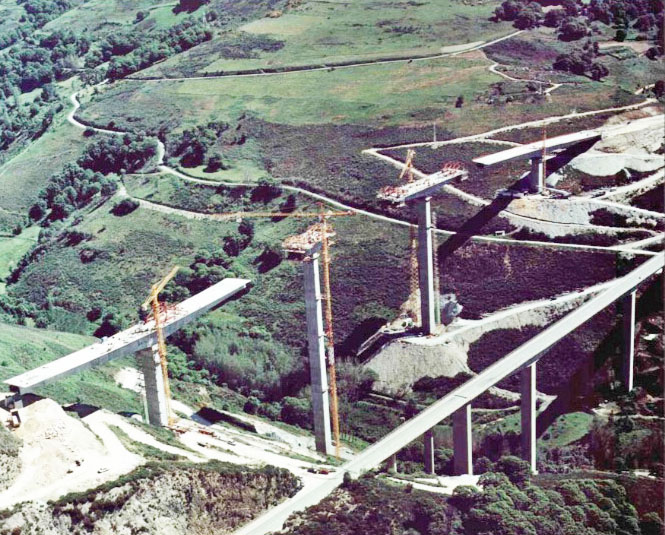 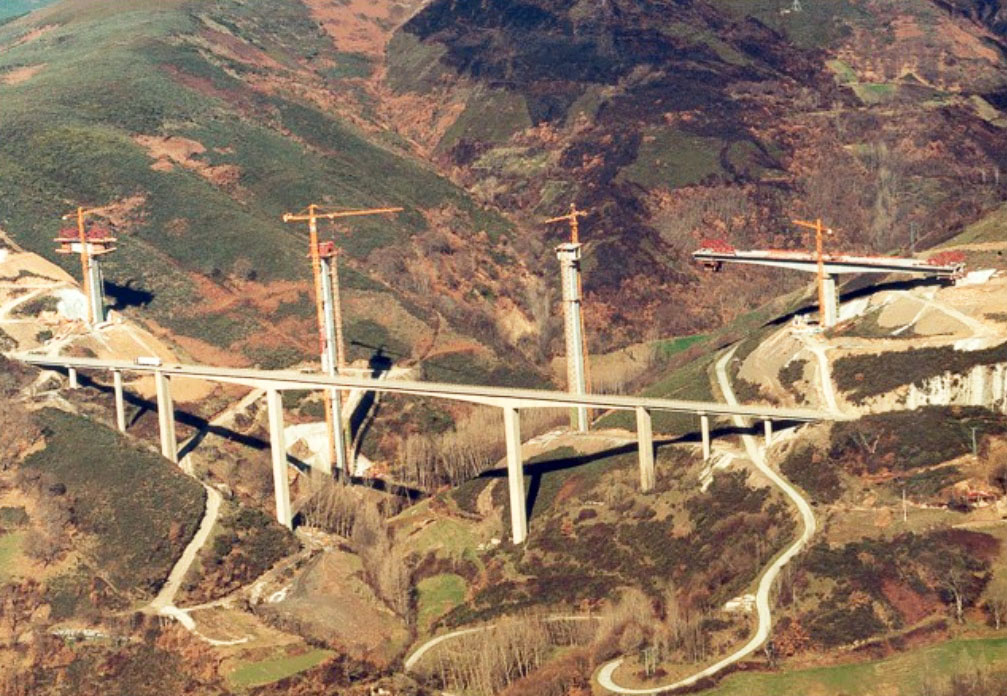 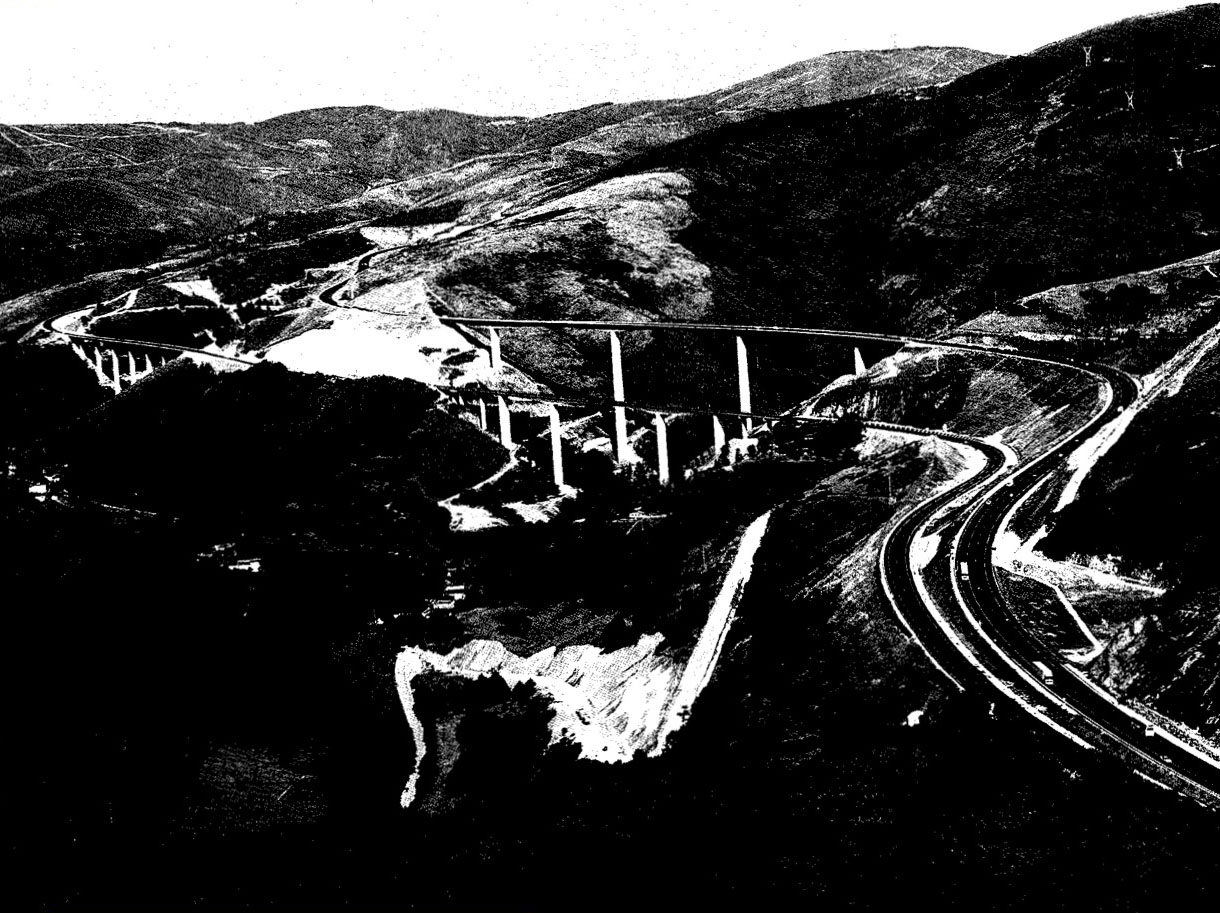 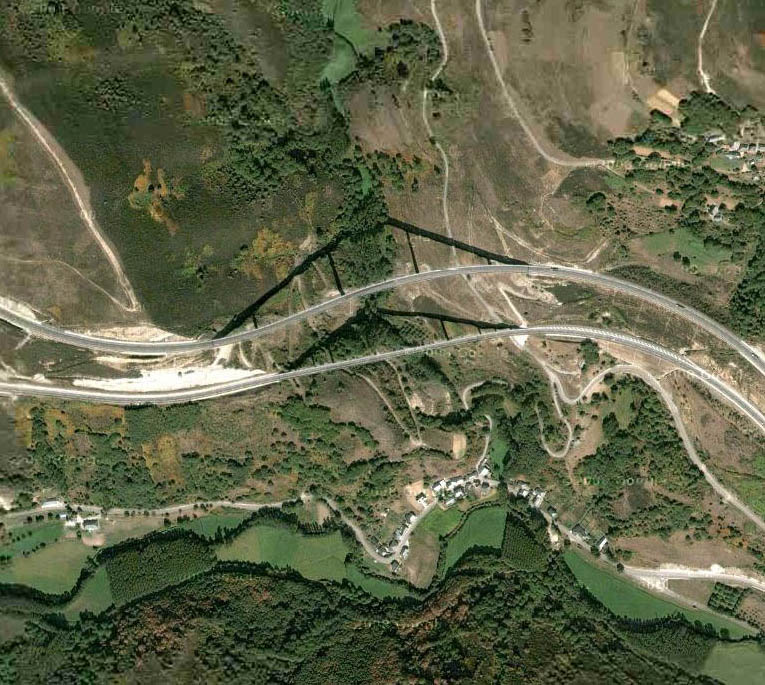