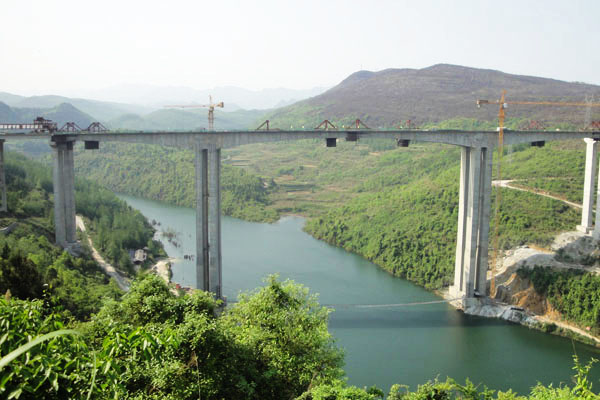 One of 4 high bridges on the new S10 Zhangjiajie to Huayuan Expressway, the Huayuan Bridge is located less then a kilometer north of the city of Huayuan in Hunan Province. The large T-beam frame bridge has a configuration of 5x 40, 78+145+78 and 3x40 meters for a total length of 625 meters. The two main piers are 82 and 84.5 meters tall. The bridge is just over 100 meters above the water surface of a reservoir some 15 meters deep.

This short but spectacular new spur highway is also home to the Qingping, Mengdong and Lishuihe Bridges - all of which rank among the highest in Hunan Province. 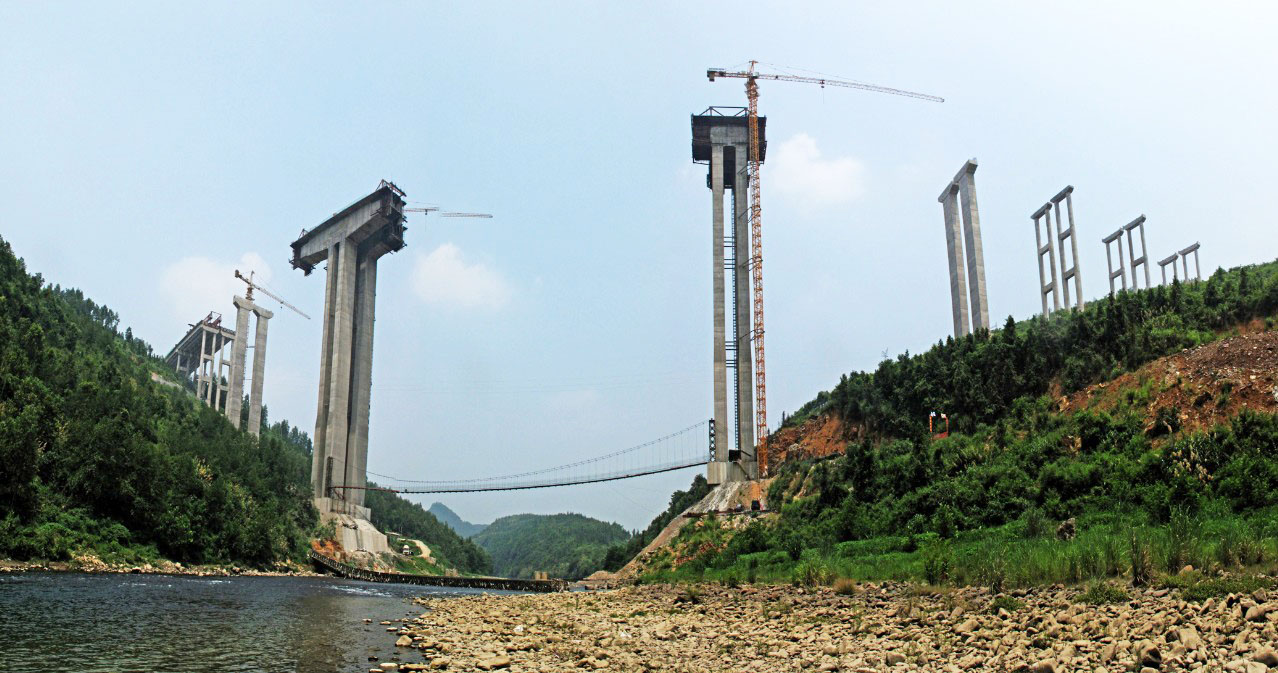 A construction view before the 15 meter deep reservoir had formed beneath the bridge. 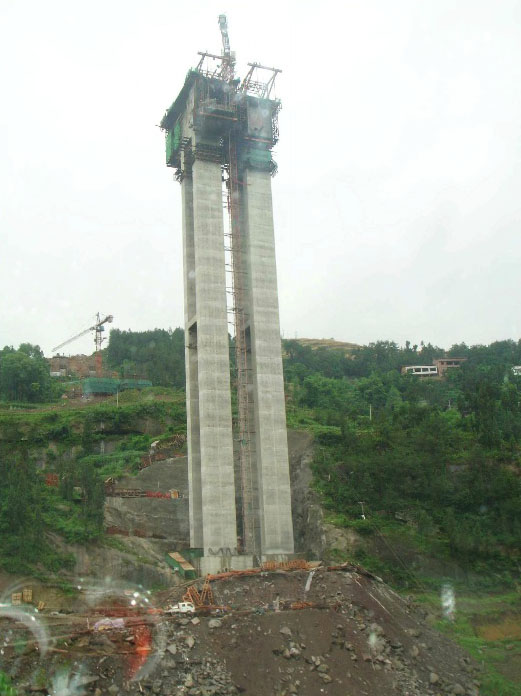 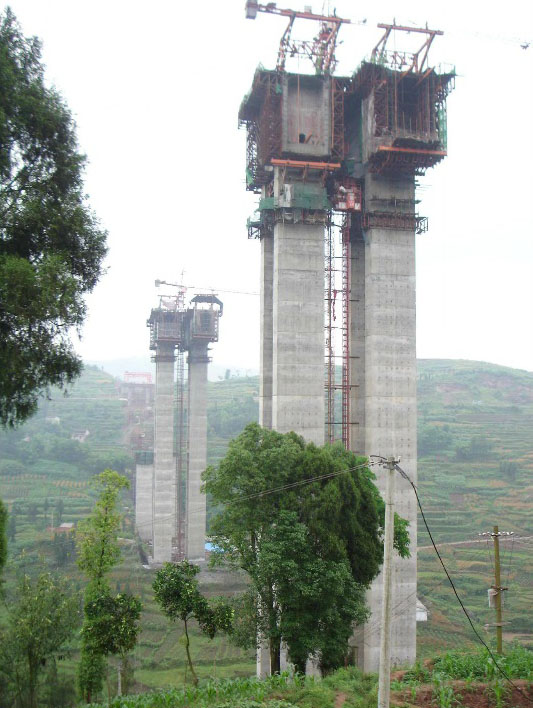 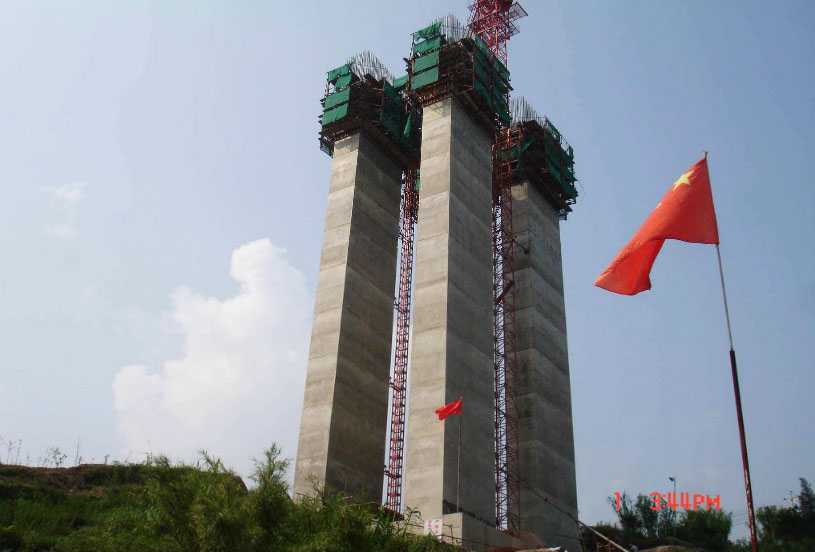 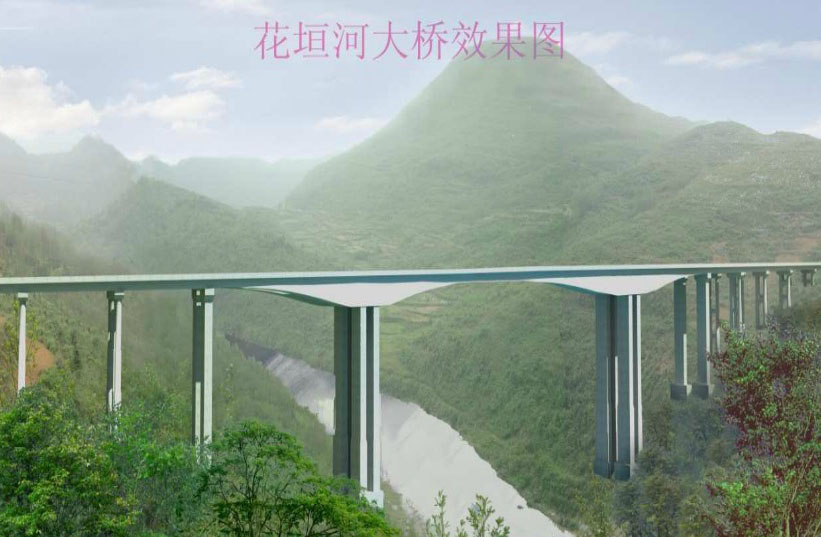 An early drawing of the Huayuan Bridge. 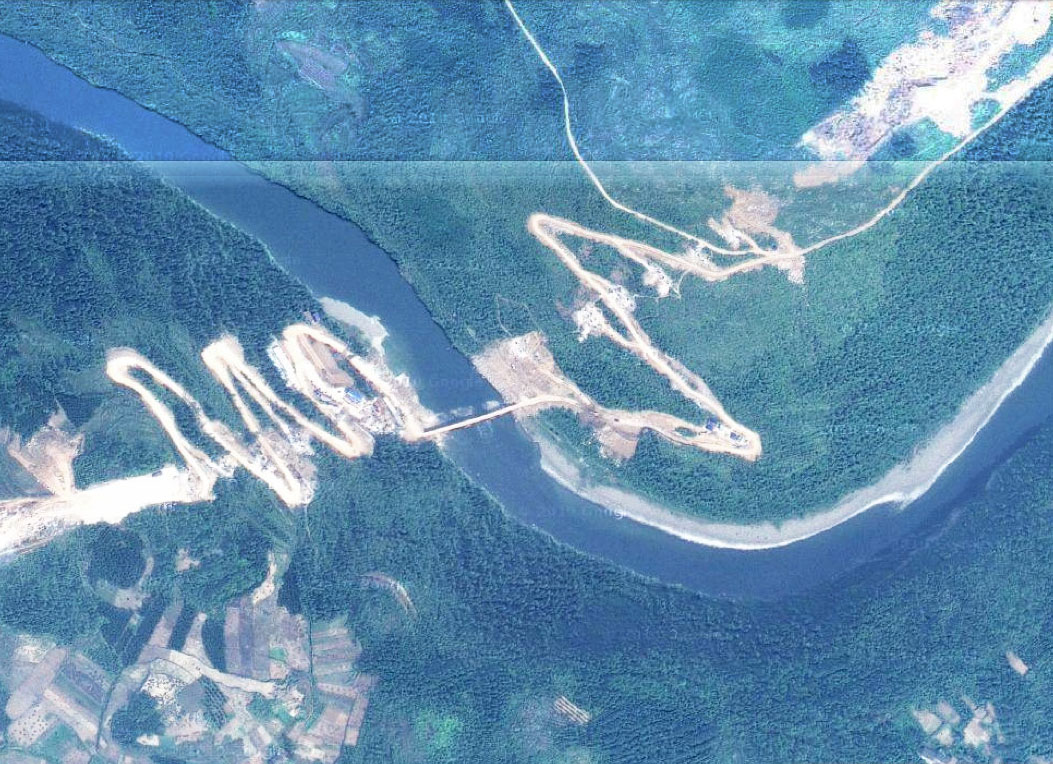 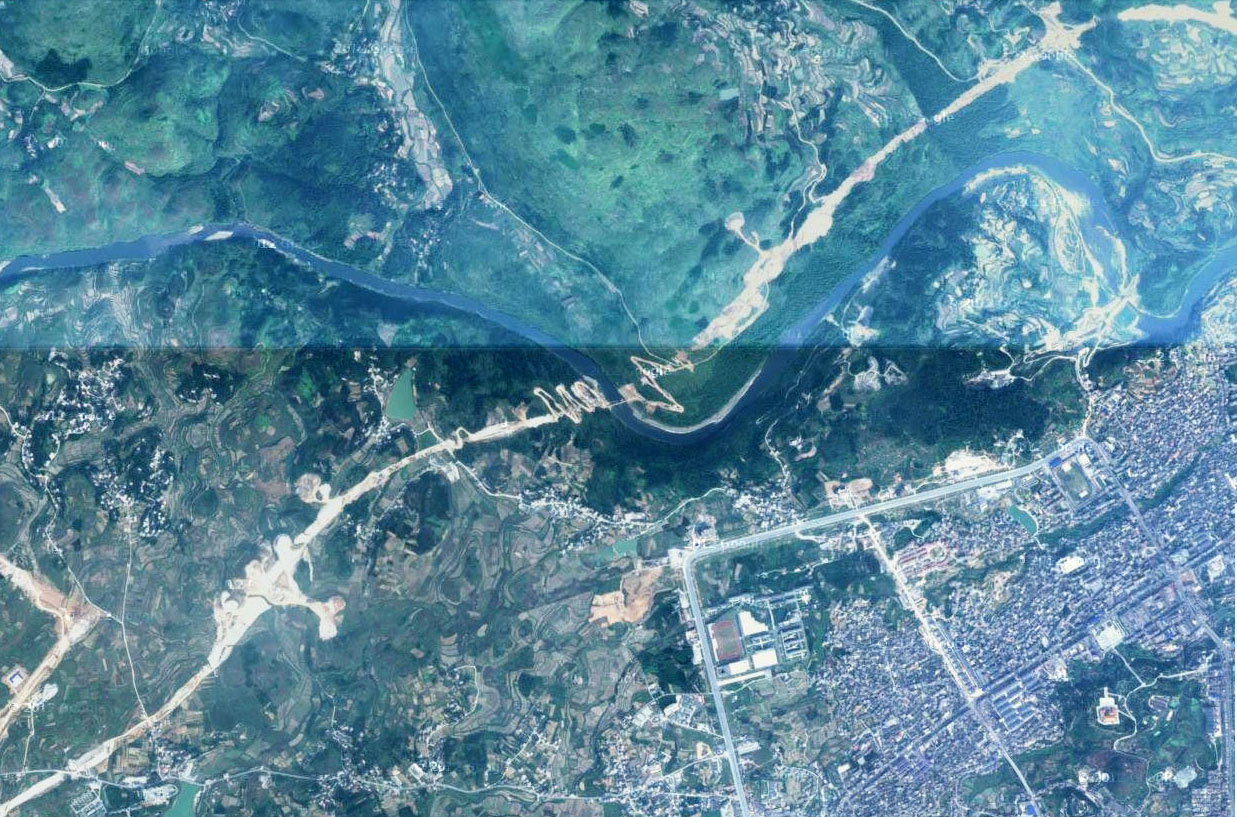 Huayuan Bridge and the city of Huayuan. 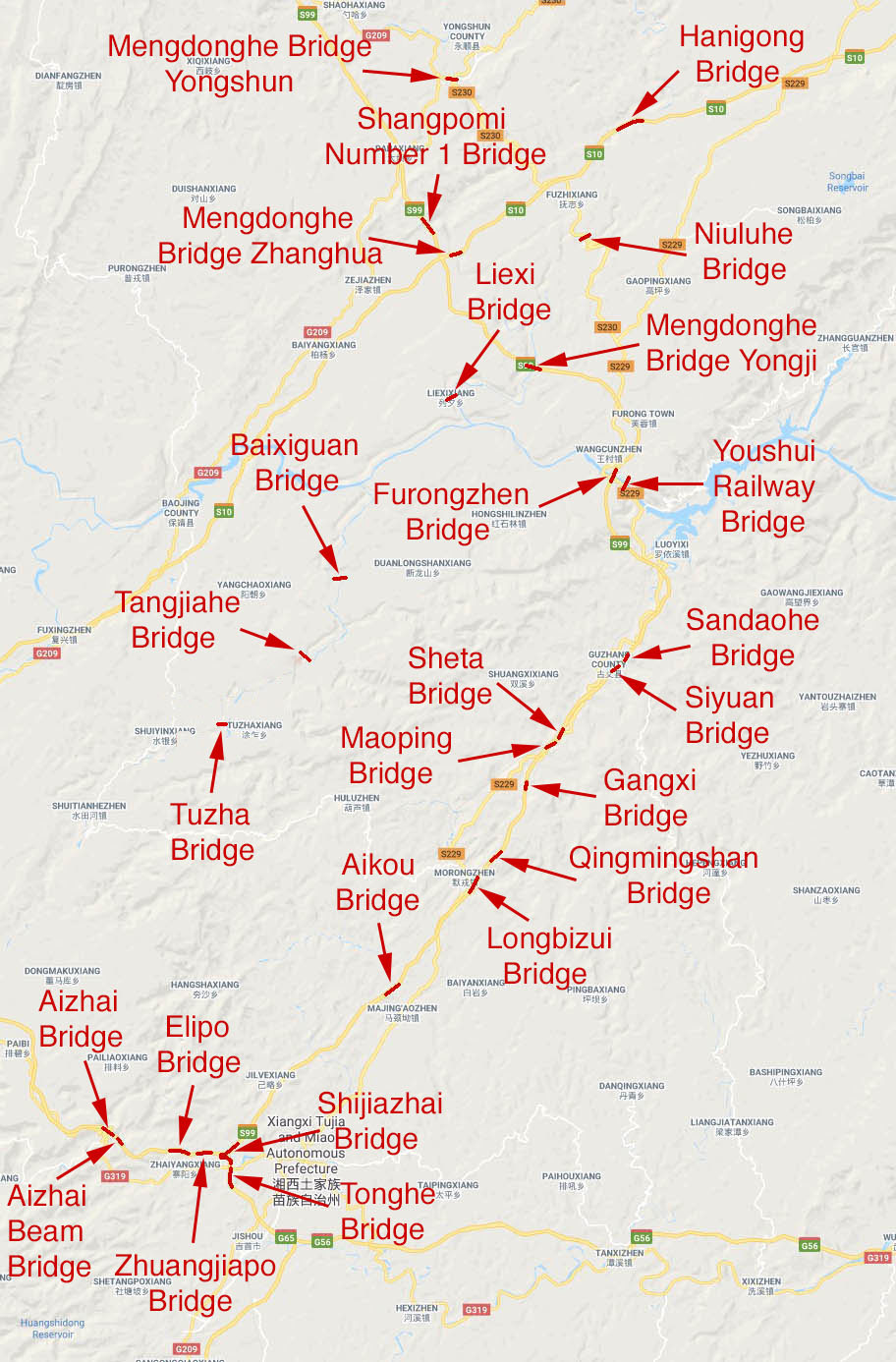