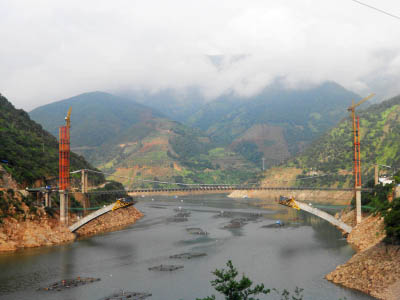 Ertan was the first of many large dams to be built across the Yalong River. With a height of 240 meters, the concrete arch structure also became famous as the highest dam in China. Since its completion in 1999, many other Chinese dams have been built that are higher including the Yalong River Lianghekou Dam but Ertan still has the distinction of having created one of the longest reservoir lakes in China with a length of over 200 kilometers.

The Ganyu 1-lane suspension bridge was located across one of the many Yalong tributaries that were flooded by the lake. The new Ganyu 2-lane arch bridge replaced it with a main span of 200 meters and was constructed using stay cables attached to temporary towers over 50 meters tall.

The defunct suspension bridge had a main span of approximately 245 meters. 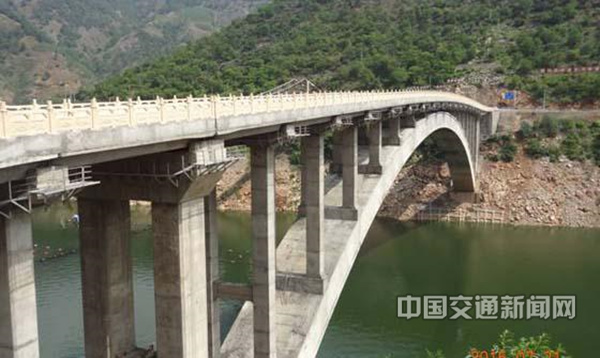 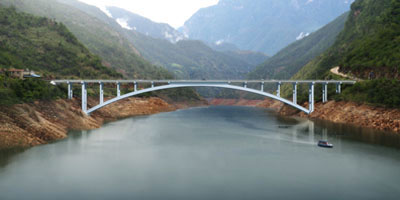 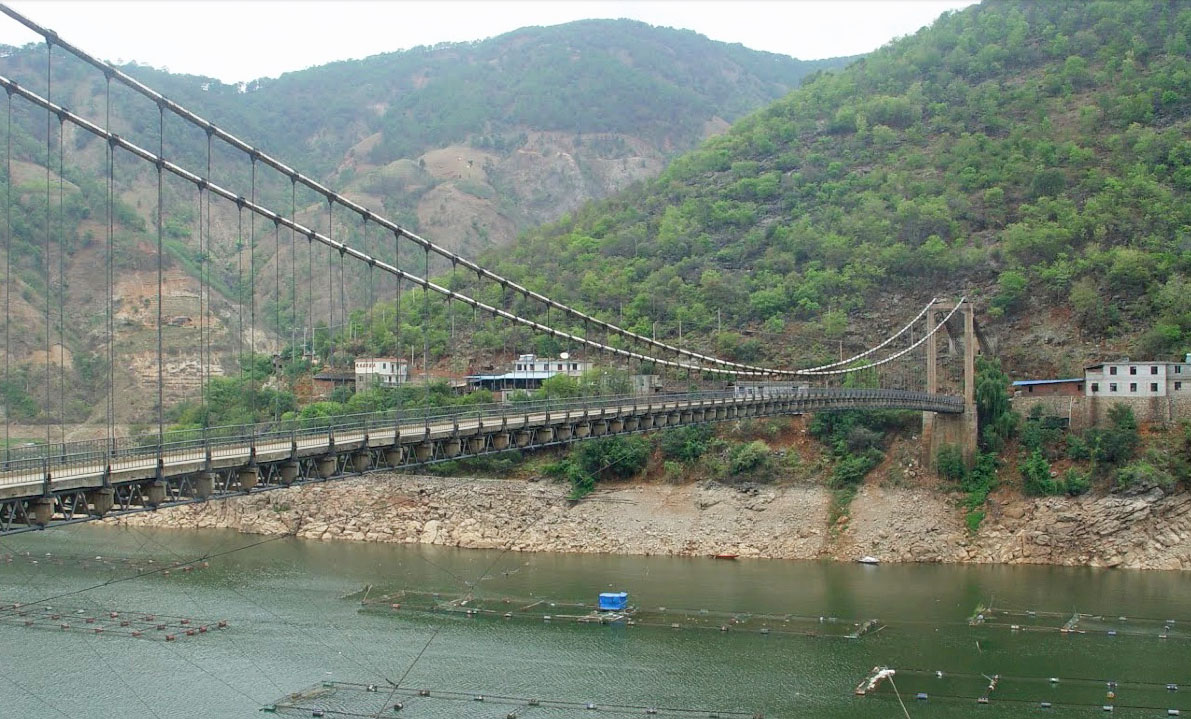 The original Ganyu suspension bridge that was around between 1995 and 2012. 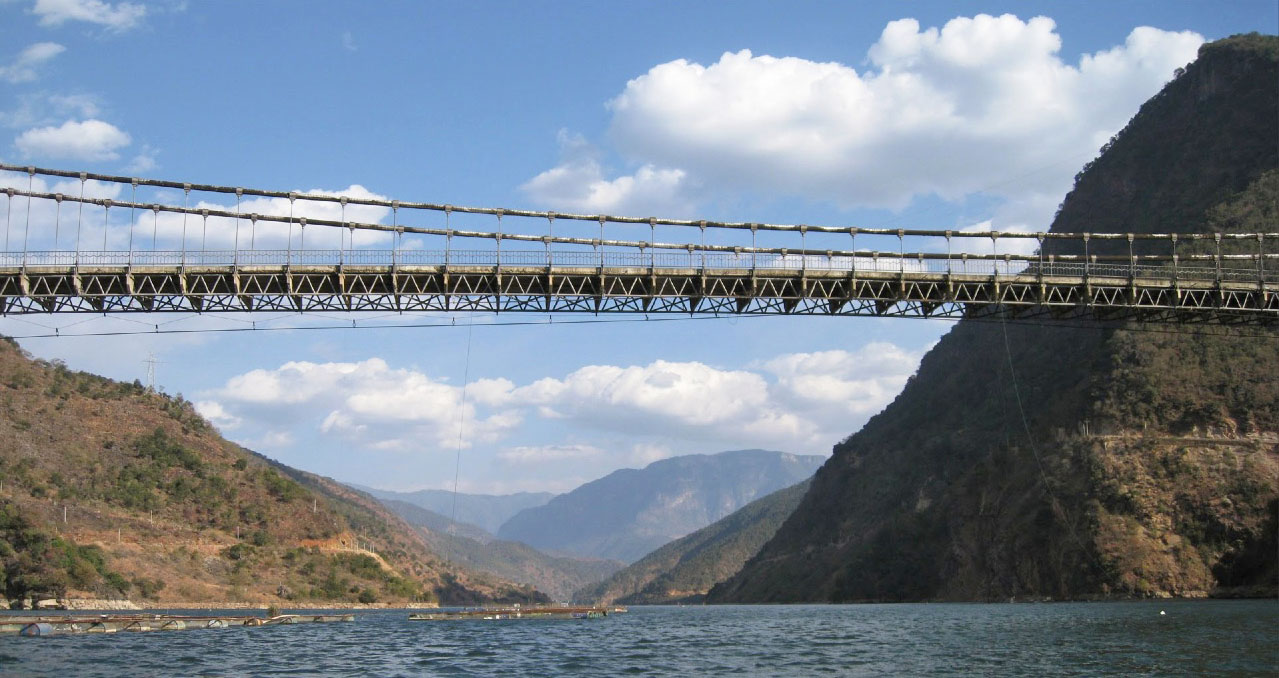 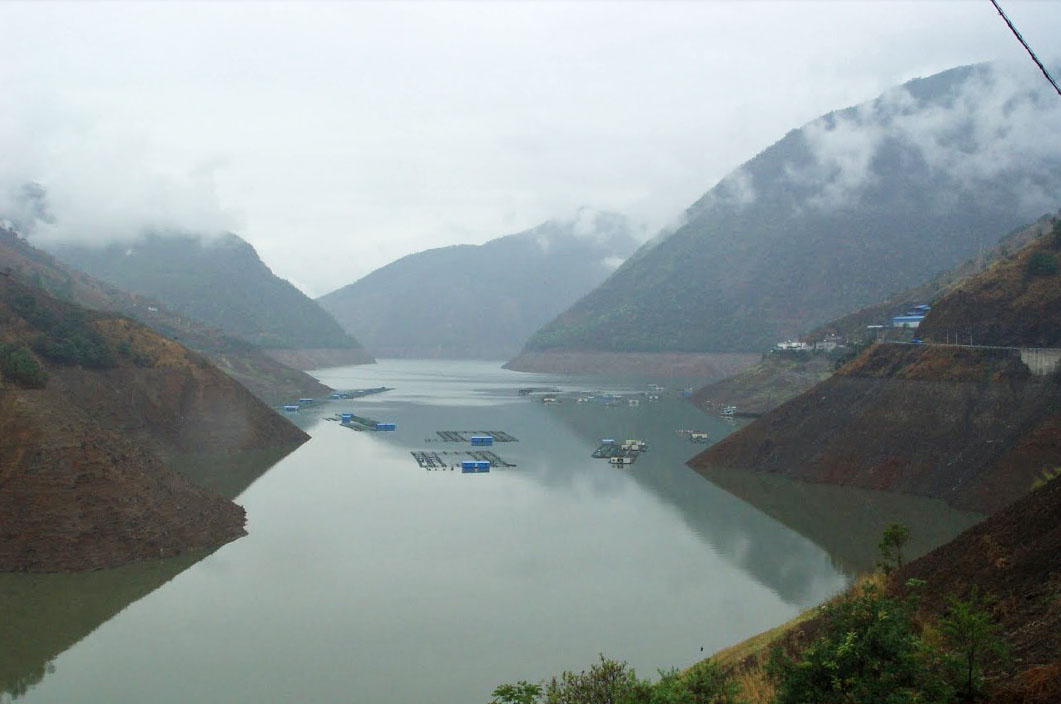 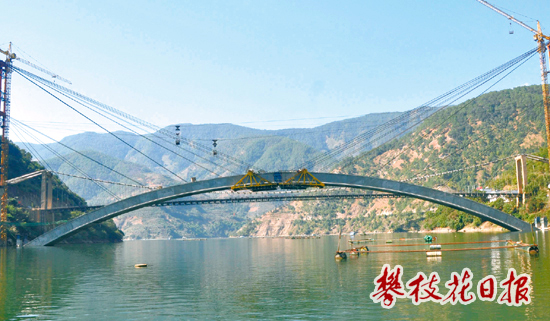 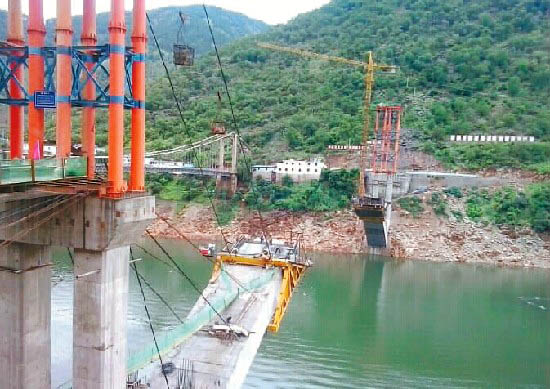 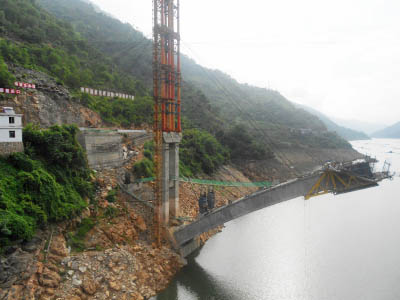 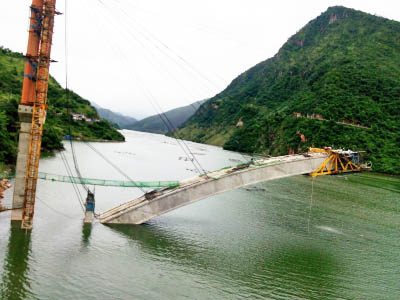 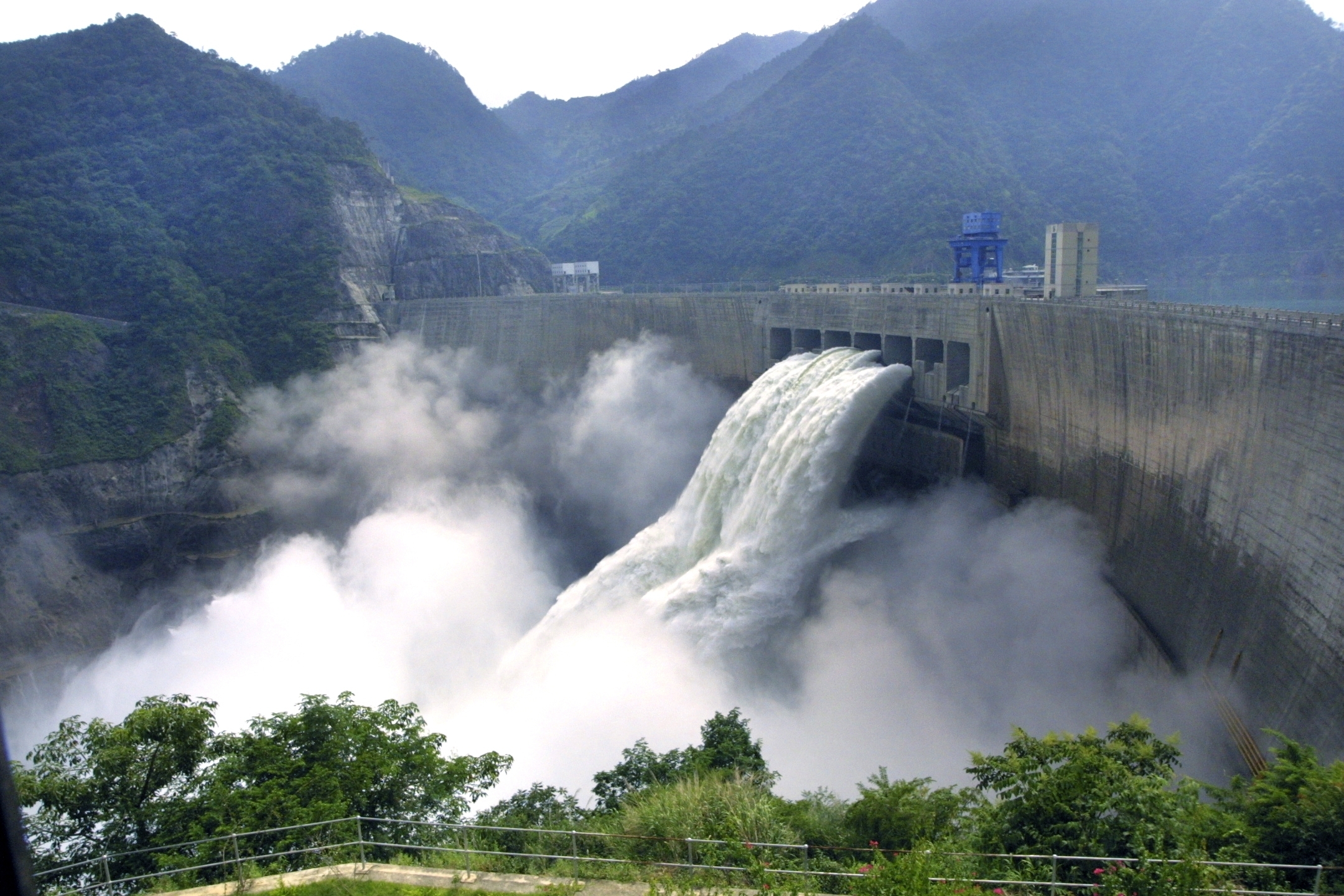 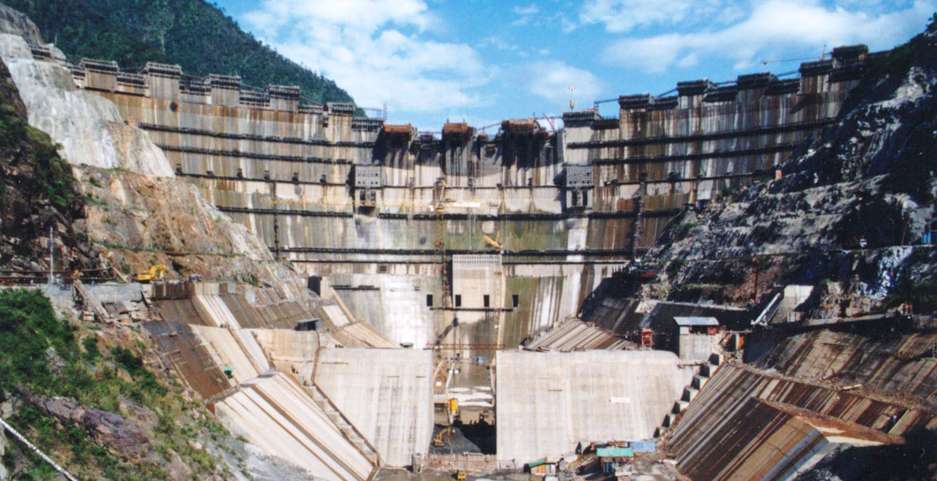 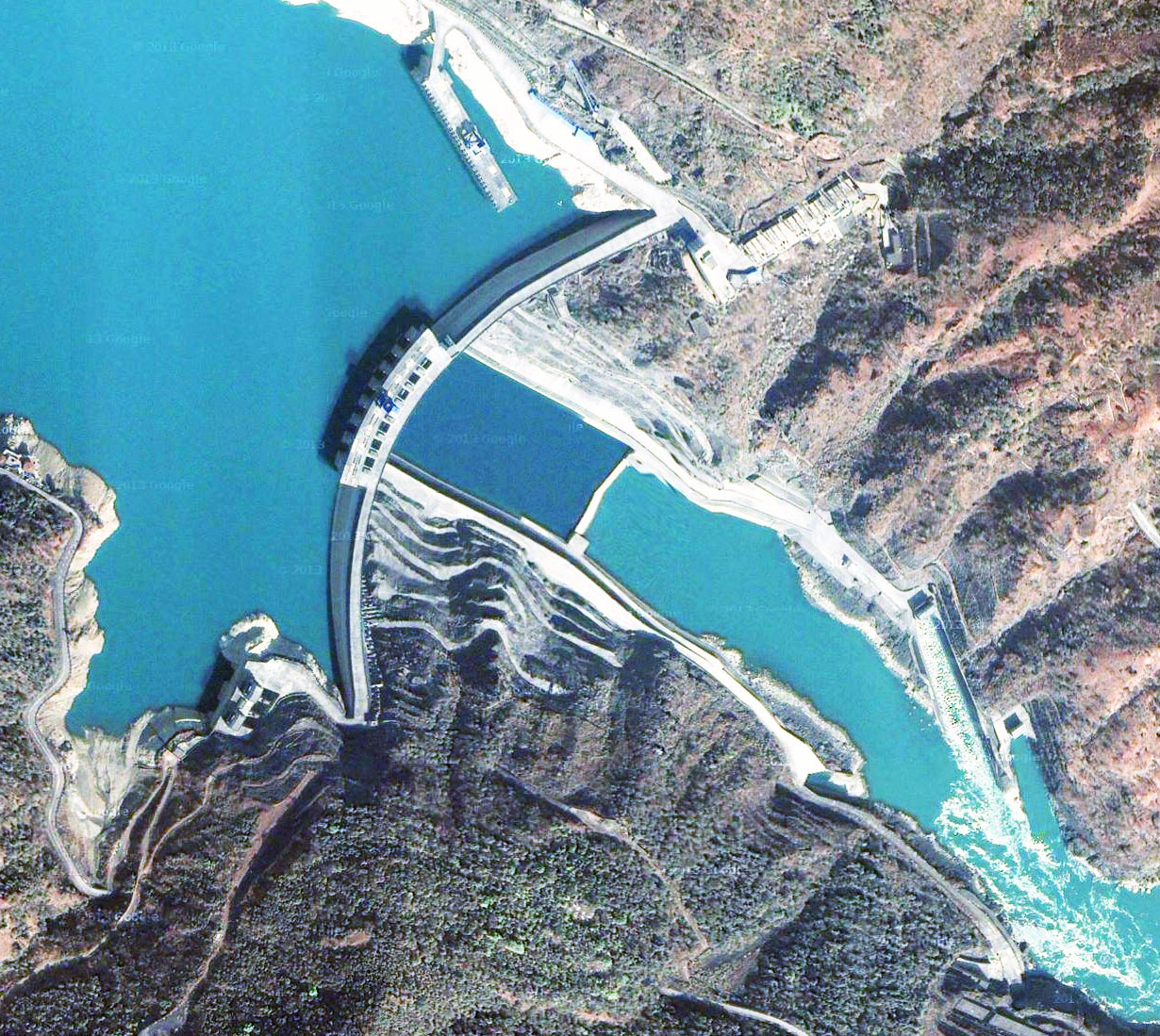 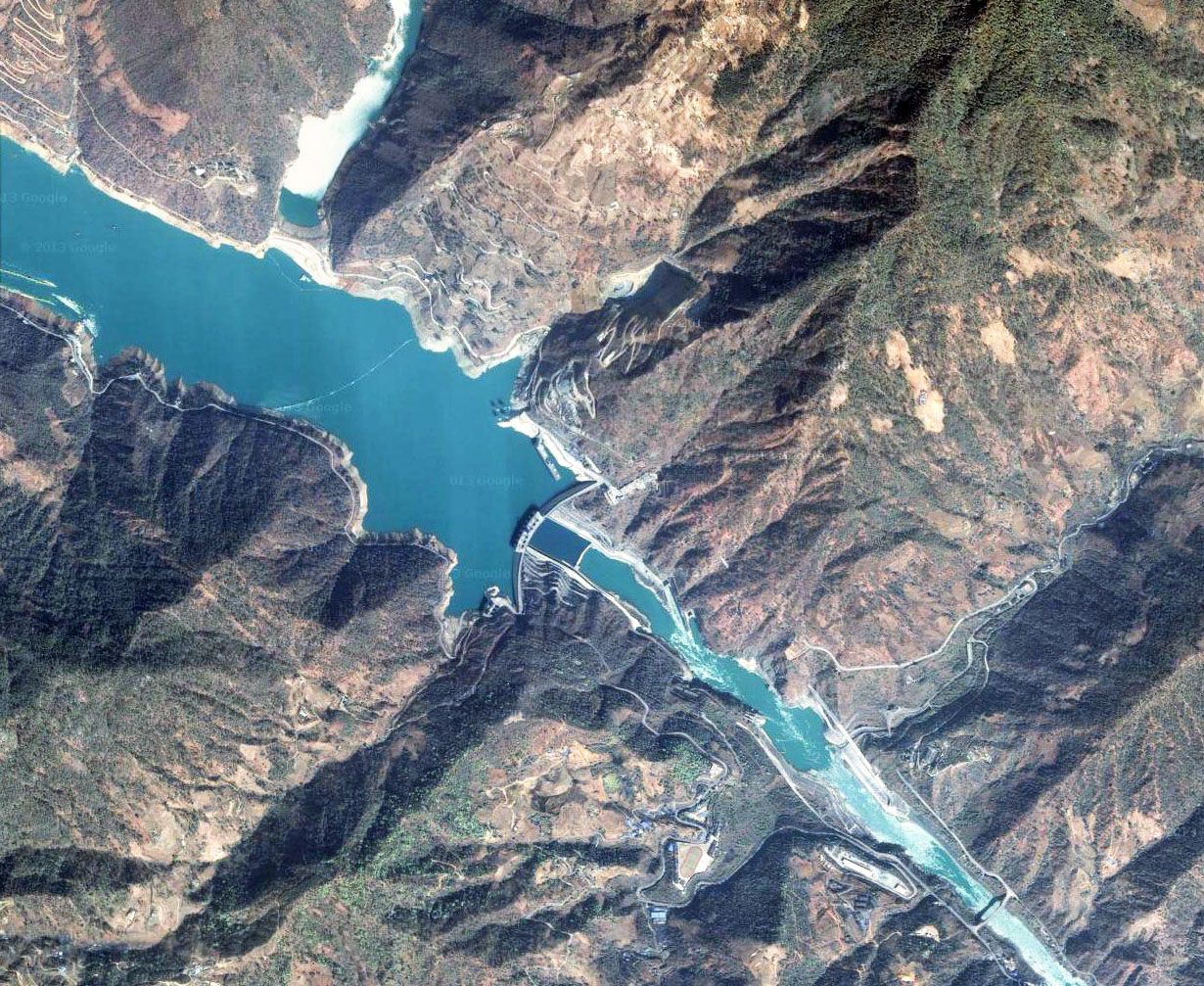 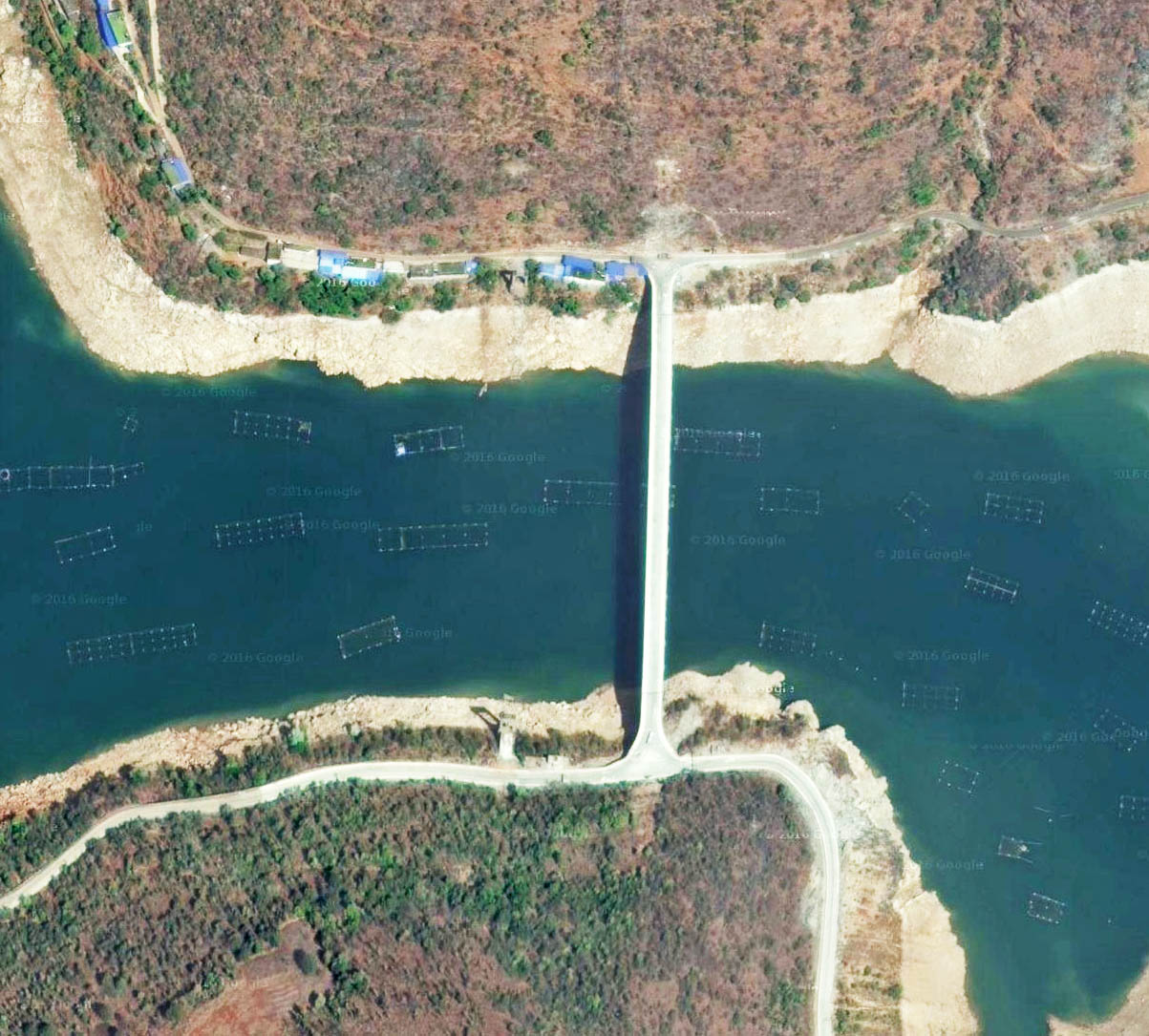 Ganyu Bridge satellite image with only the arch crossing. 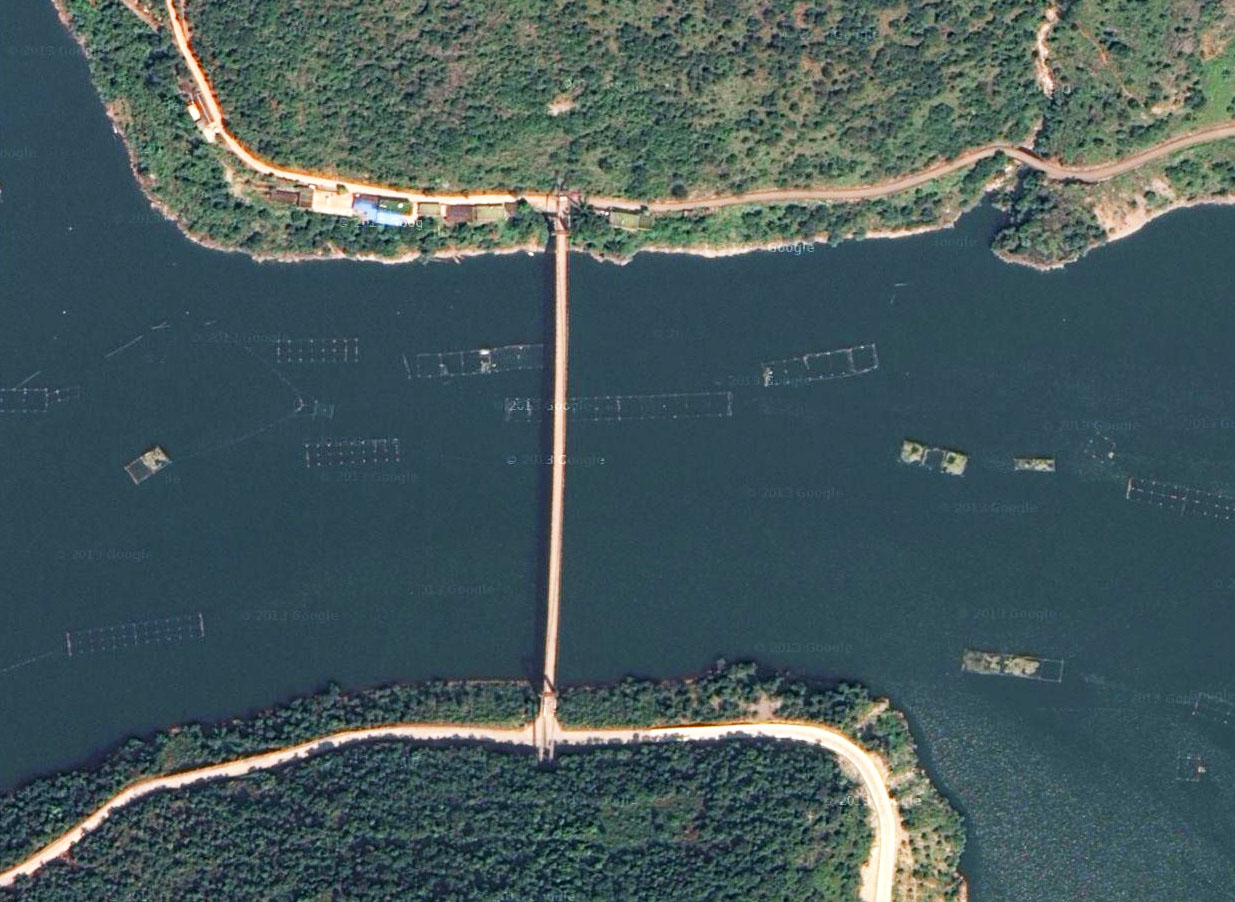 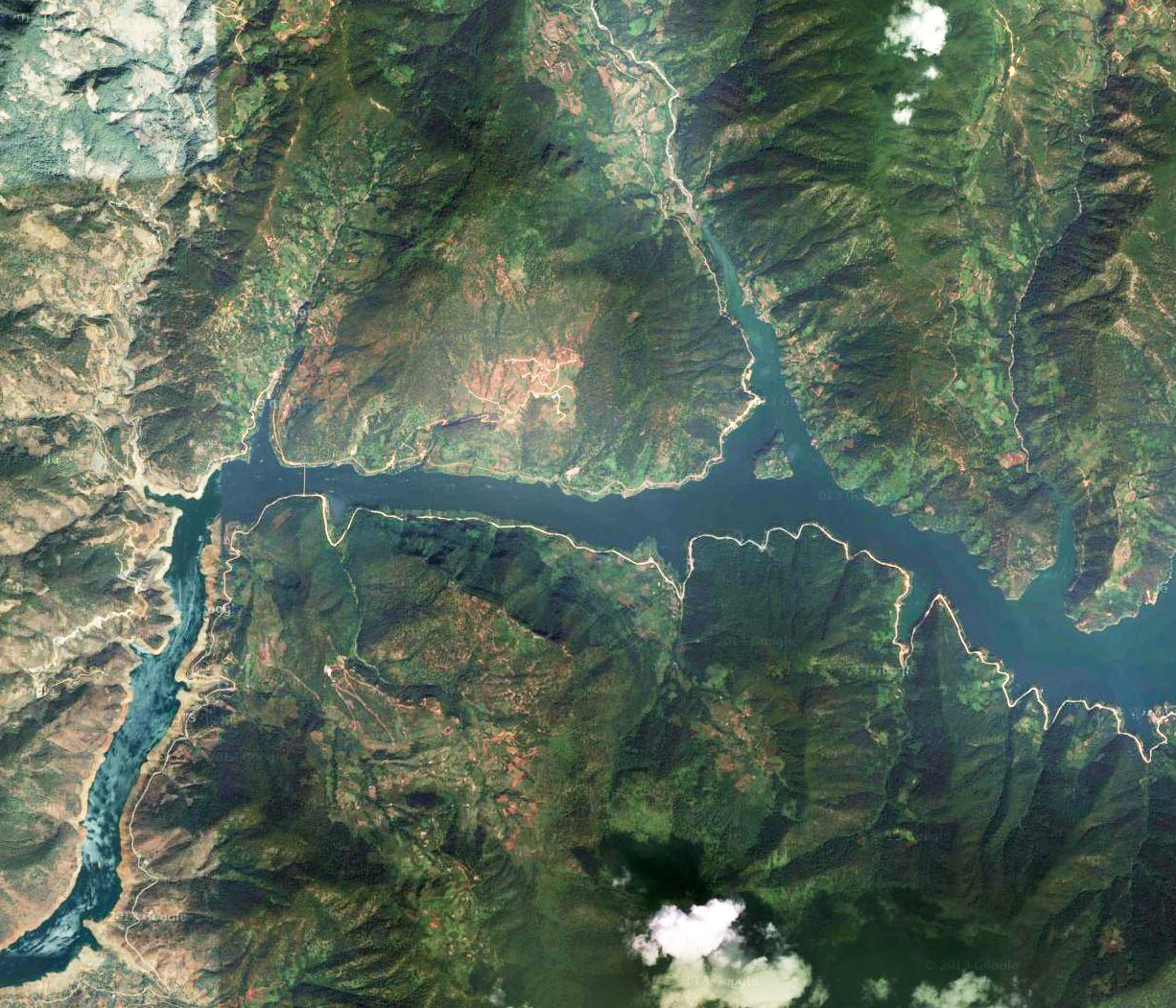 Ganyu Bridge satellite image with the crossing towards the left. 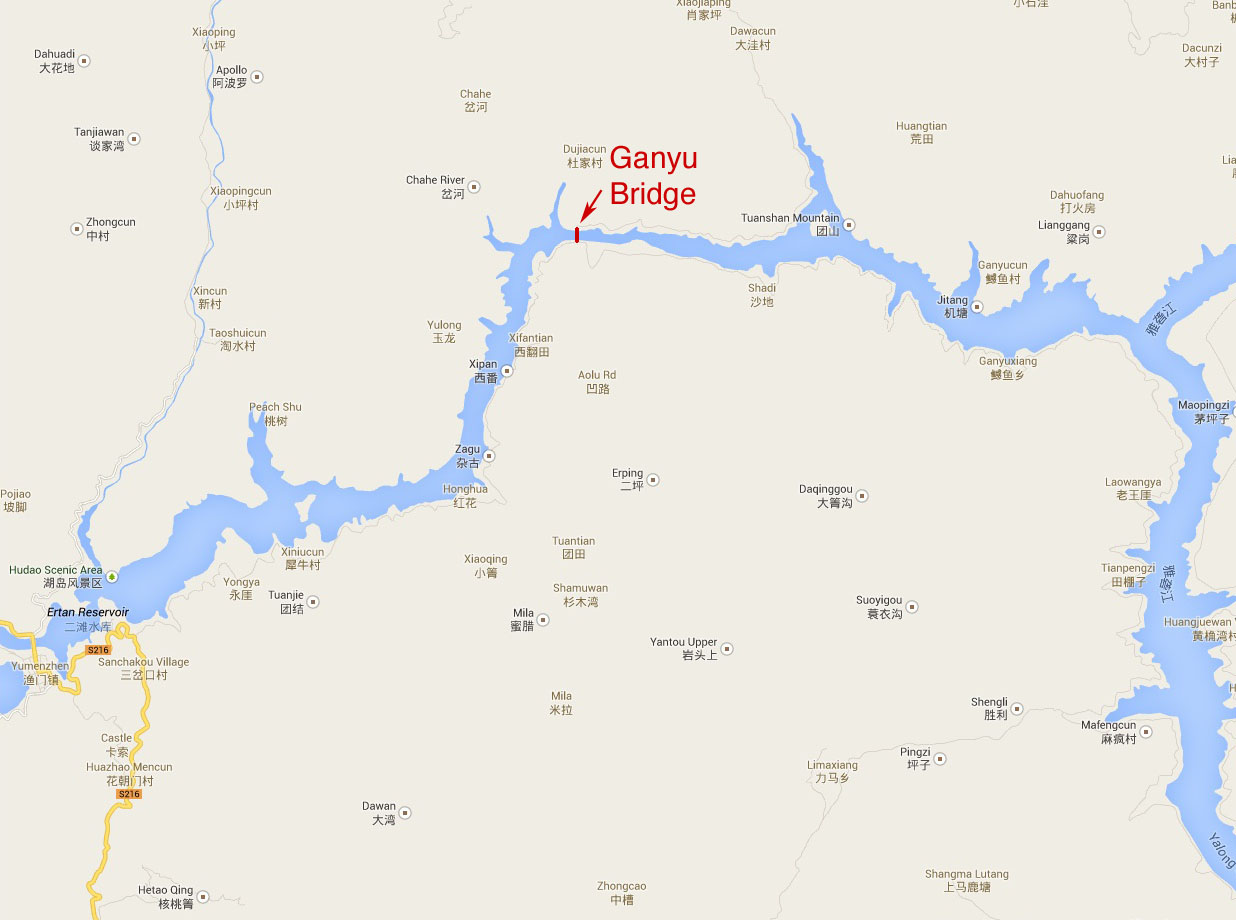 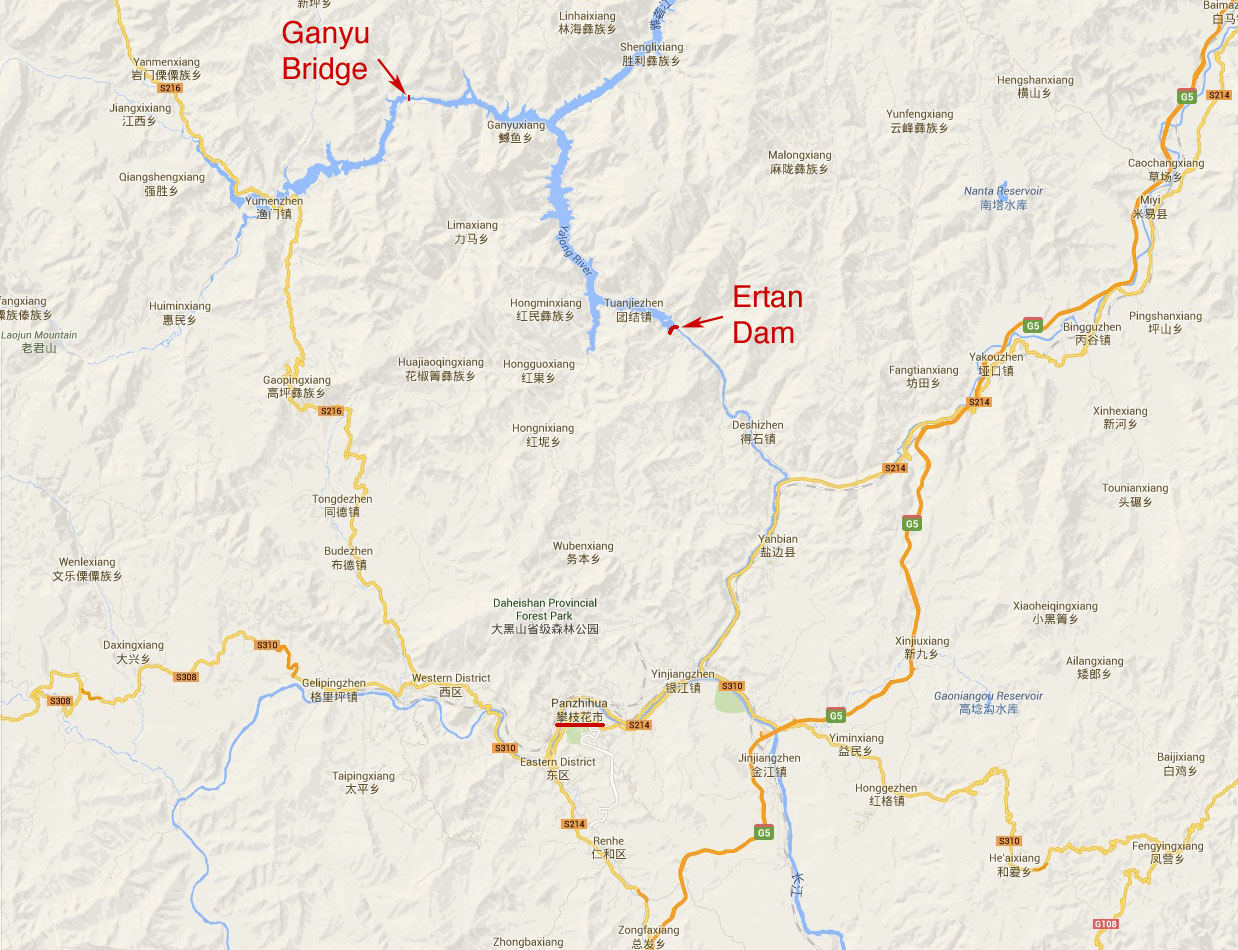