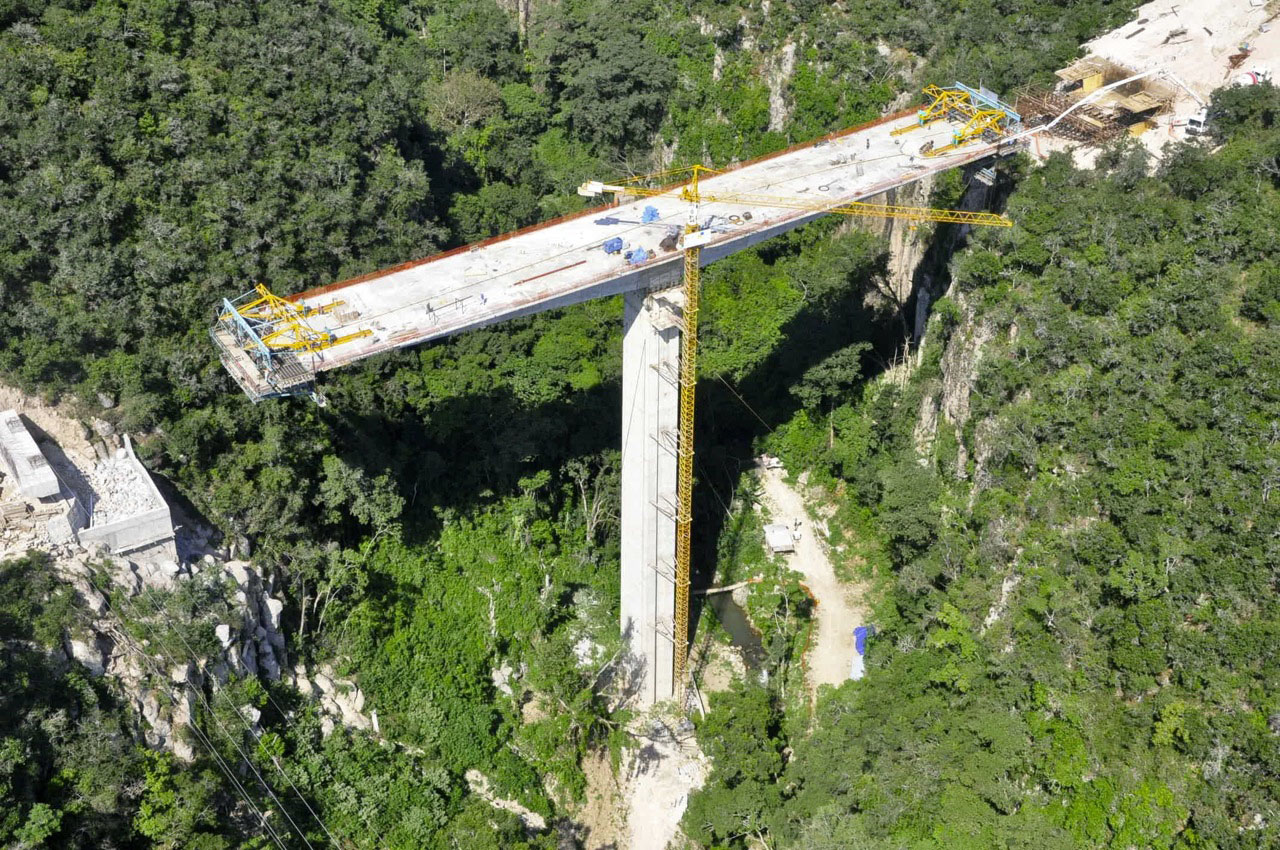 The El Cimarrón Bridge is the second highest beam bridge on the Xalapa Bypass highway that opened in late 2012. By cutting a new route north of the capital city of Veracruz, travelers can avoid the congested, dangerous and slow moving 2-lane road. The new route 140 breaks off from the original Veracruz-Xalapa highway about 20 kilometers east of the city, crossing several small canyons before a long elevation rise to the highlands northwest of Xalapa and the small city of Perote where the route continues on to Puebla and Mexico City. The new route offers a relief to those who live along the main Avenida Lazaro Cardenas in downtown Xalapa where trucks and other heavy vehicles were a common site on the way to Mexico City or Veracruz.

The double span cantilever beam bridge measures 172 meters long divided into 2 spans of 86 meters atop a central pier 80 meters tall. Also on the Xalapa Bypass route are the Xalapa Bridge which has a height of 138 meters as well as the 3-span Dos Ríos Bridge which is more then 55 meters high.

The El Cimarrón Bridge was passed in height by the Horganal Bridge on the on the Mitla-Tehuantepec in Oaxaca State as Mexico's tallest single tower beam bridge. Horganal has a span configuration of 2 x 110 meters atop a 91 meter tall pier. 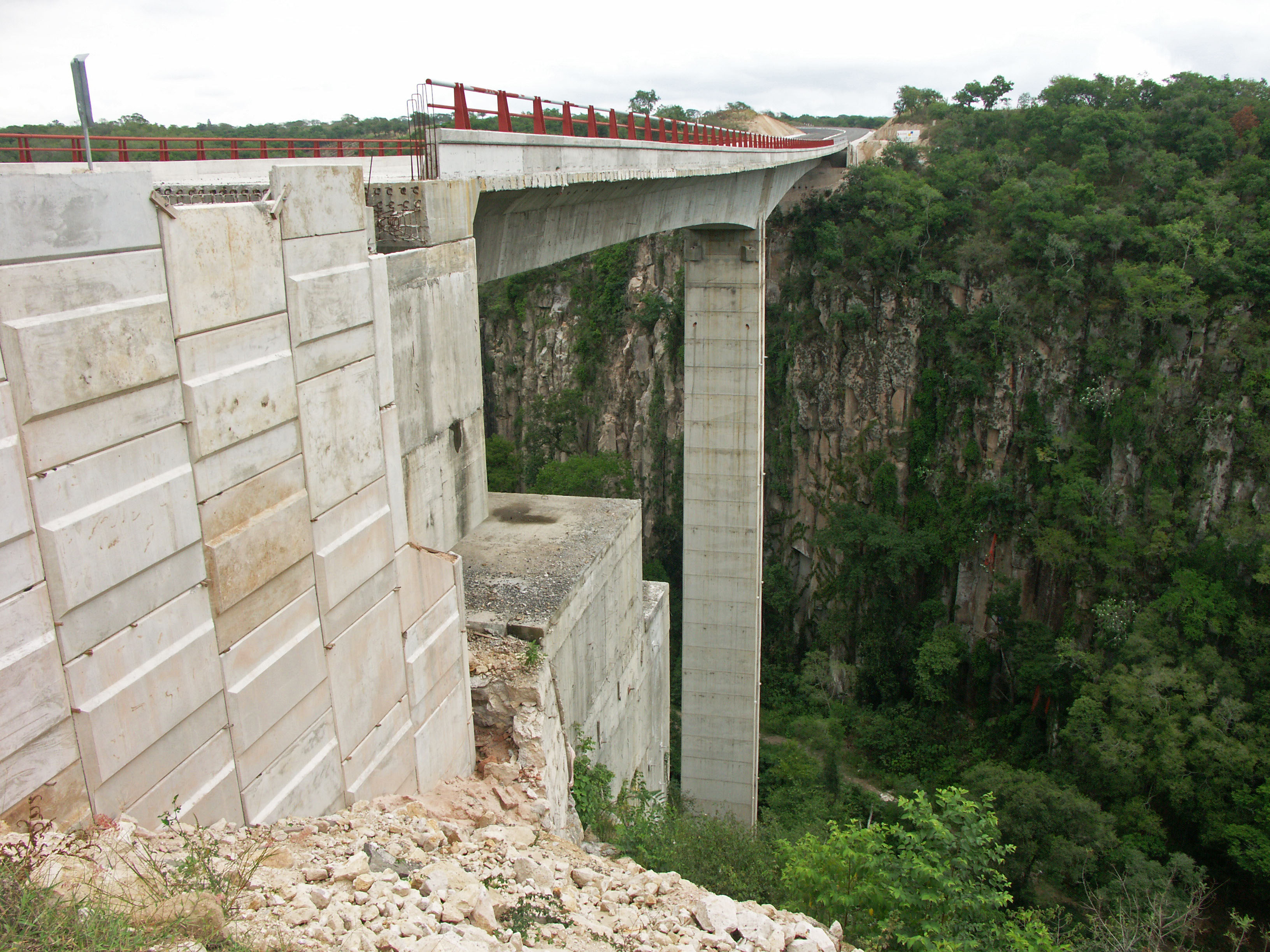 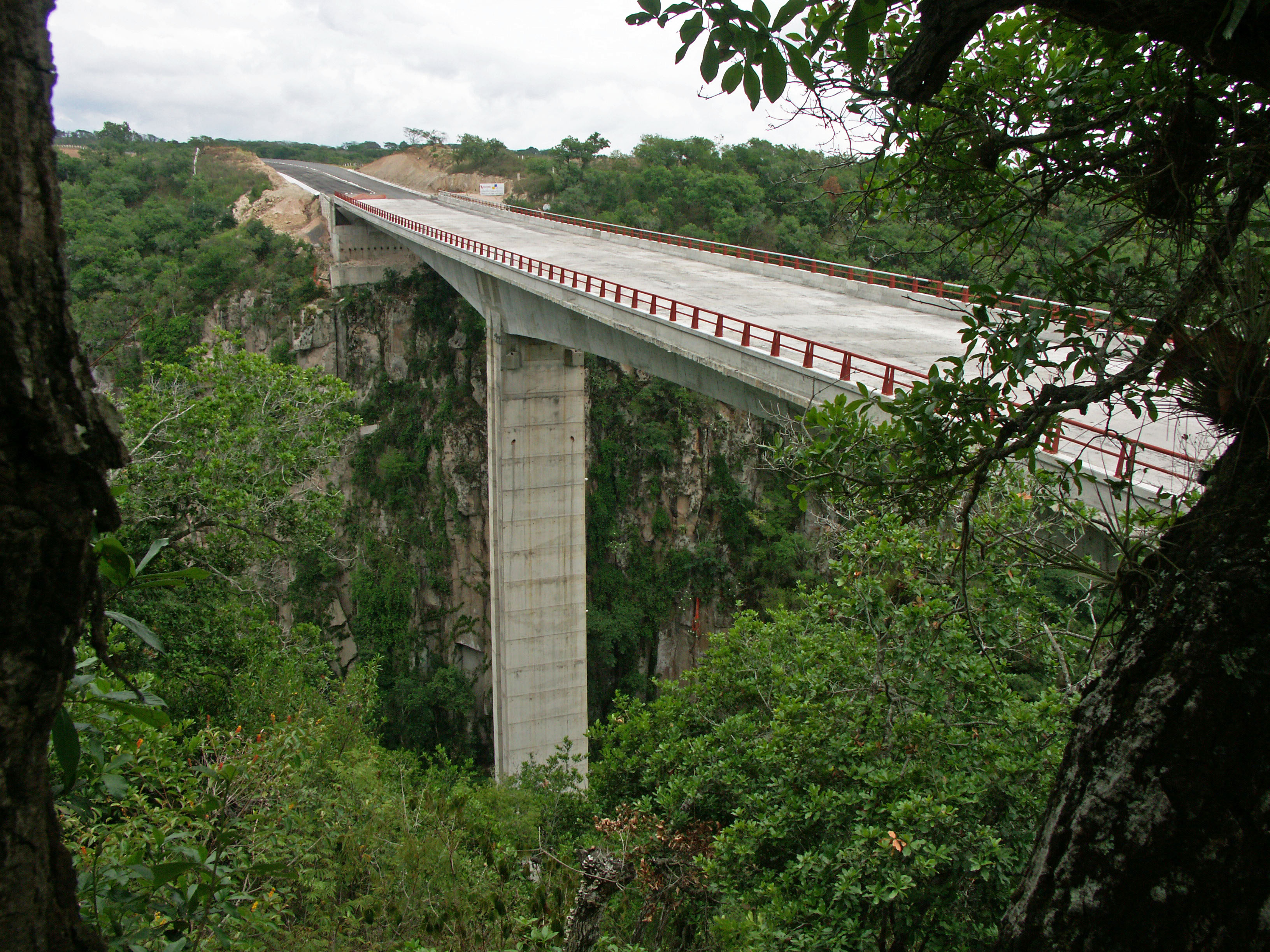 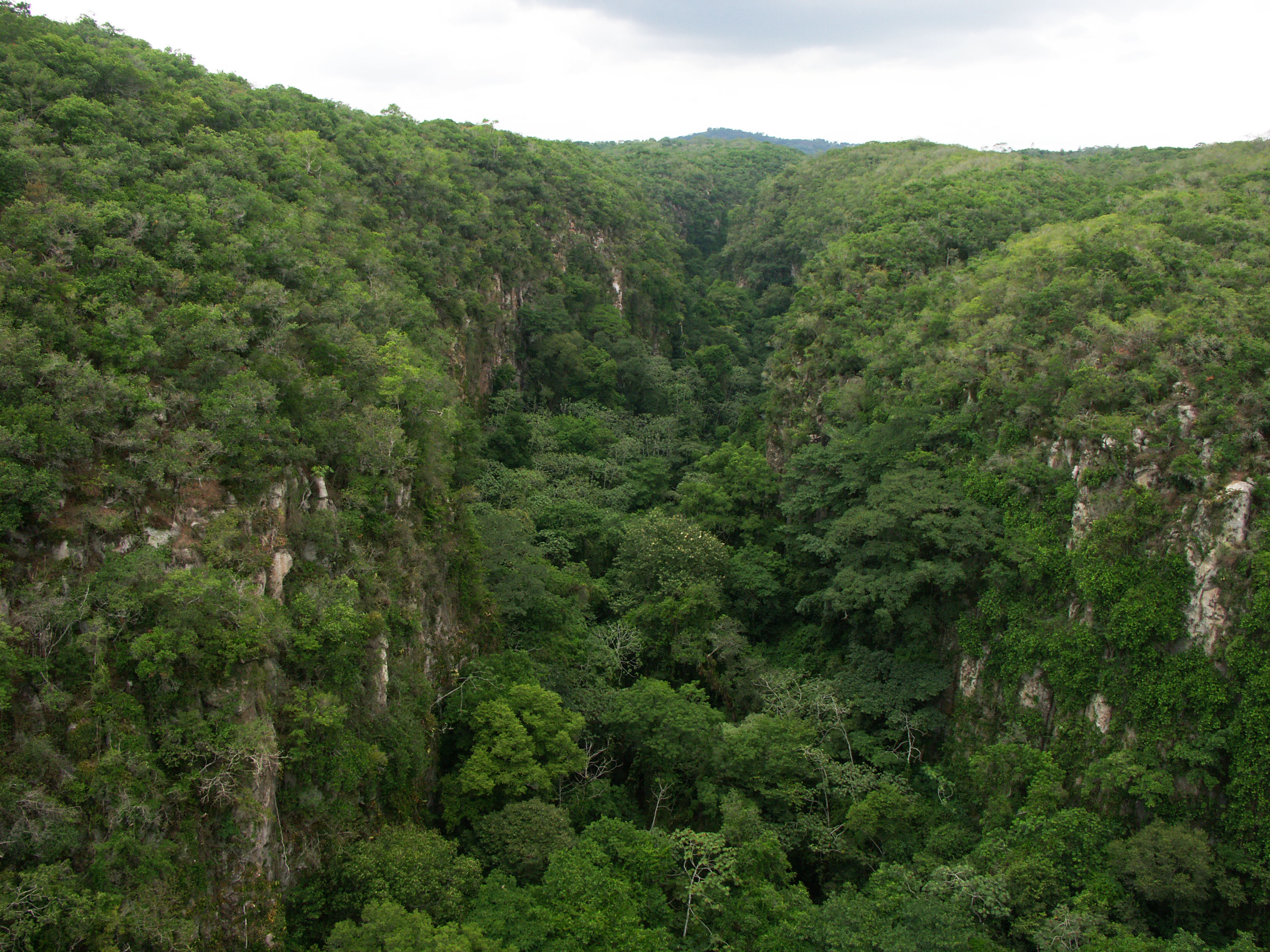 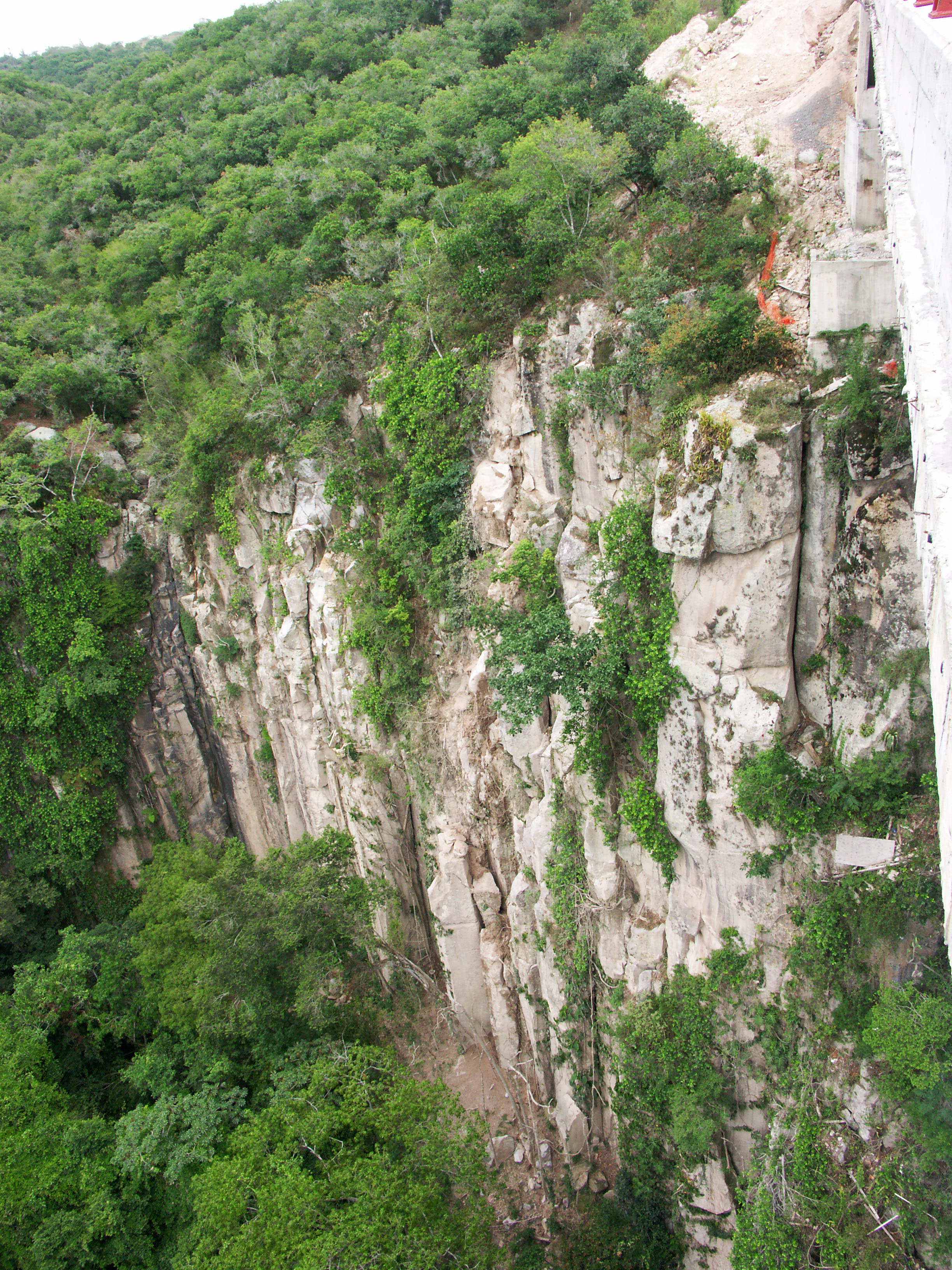 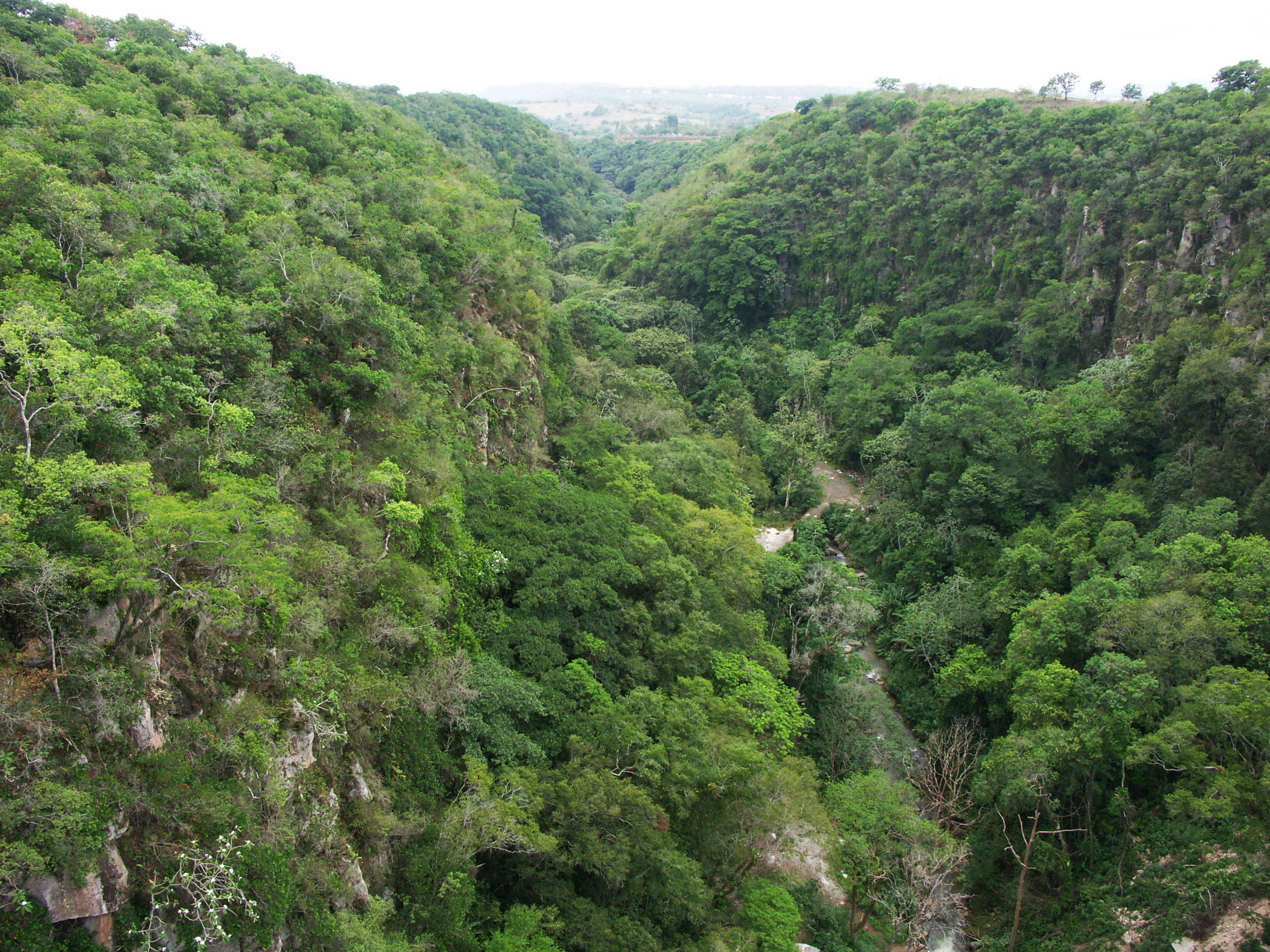 A view looking south from the bridge deck. Image by Eric Sakowski / HighestBridges.com 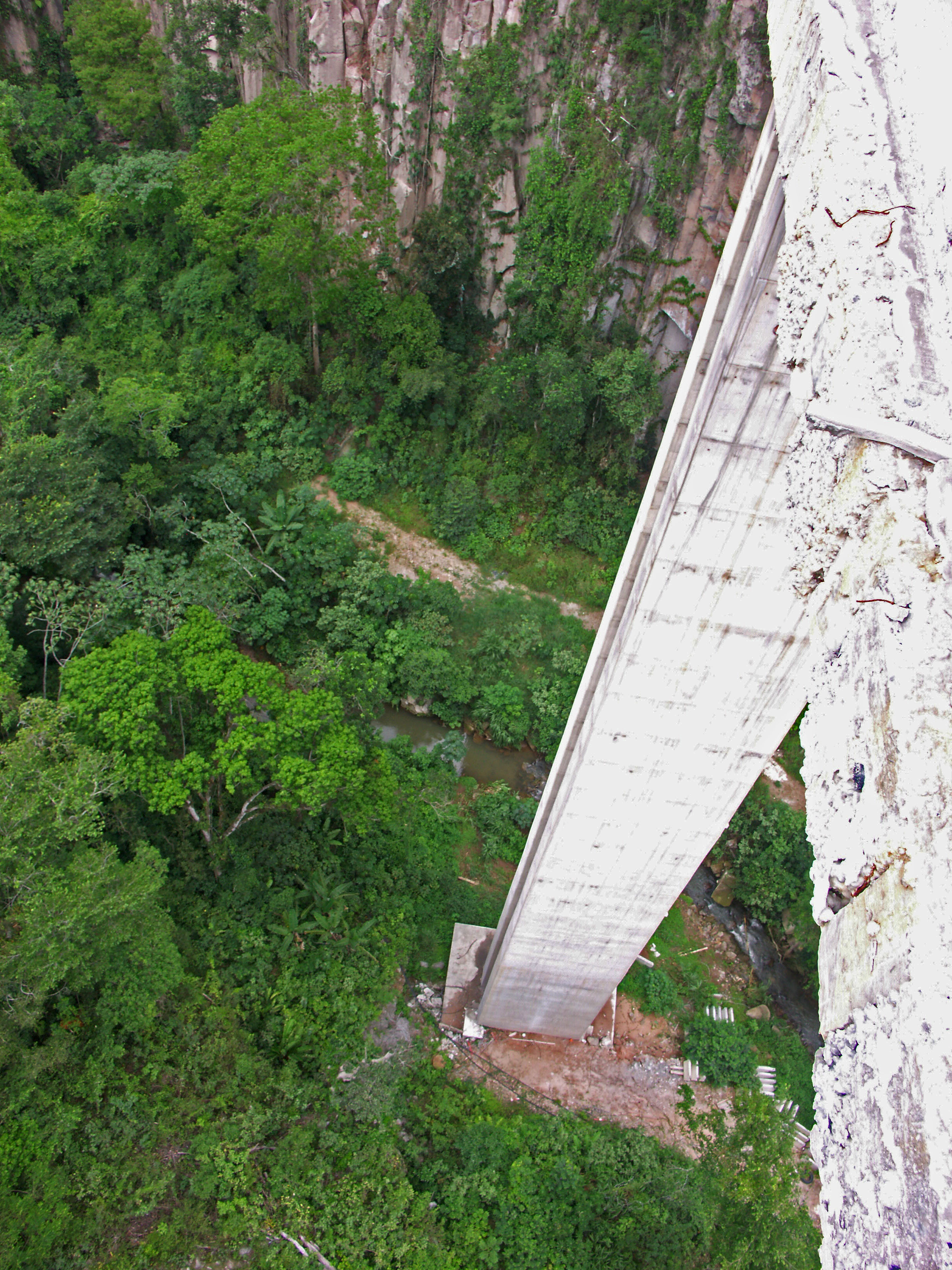 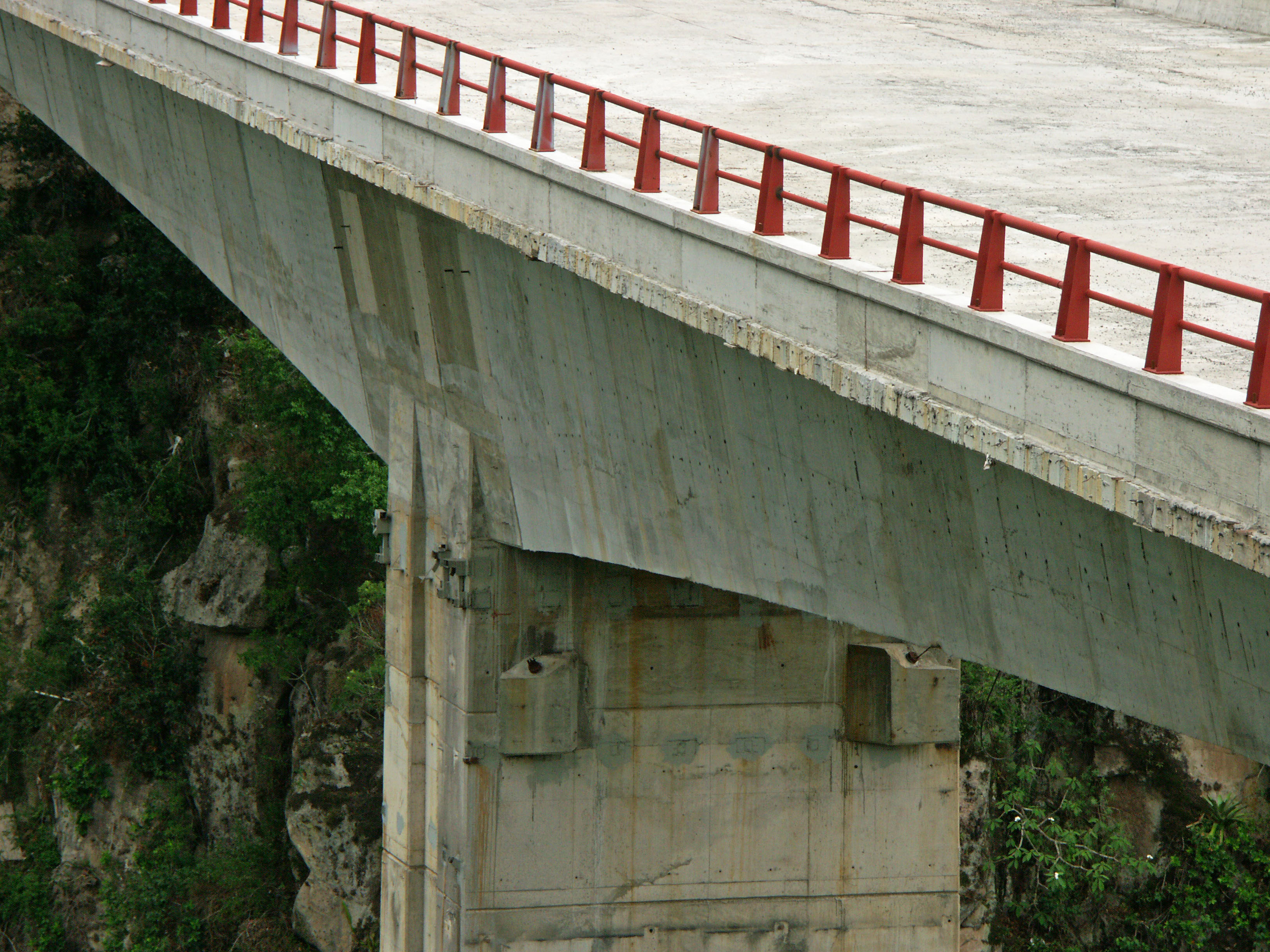 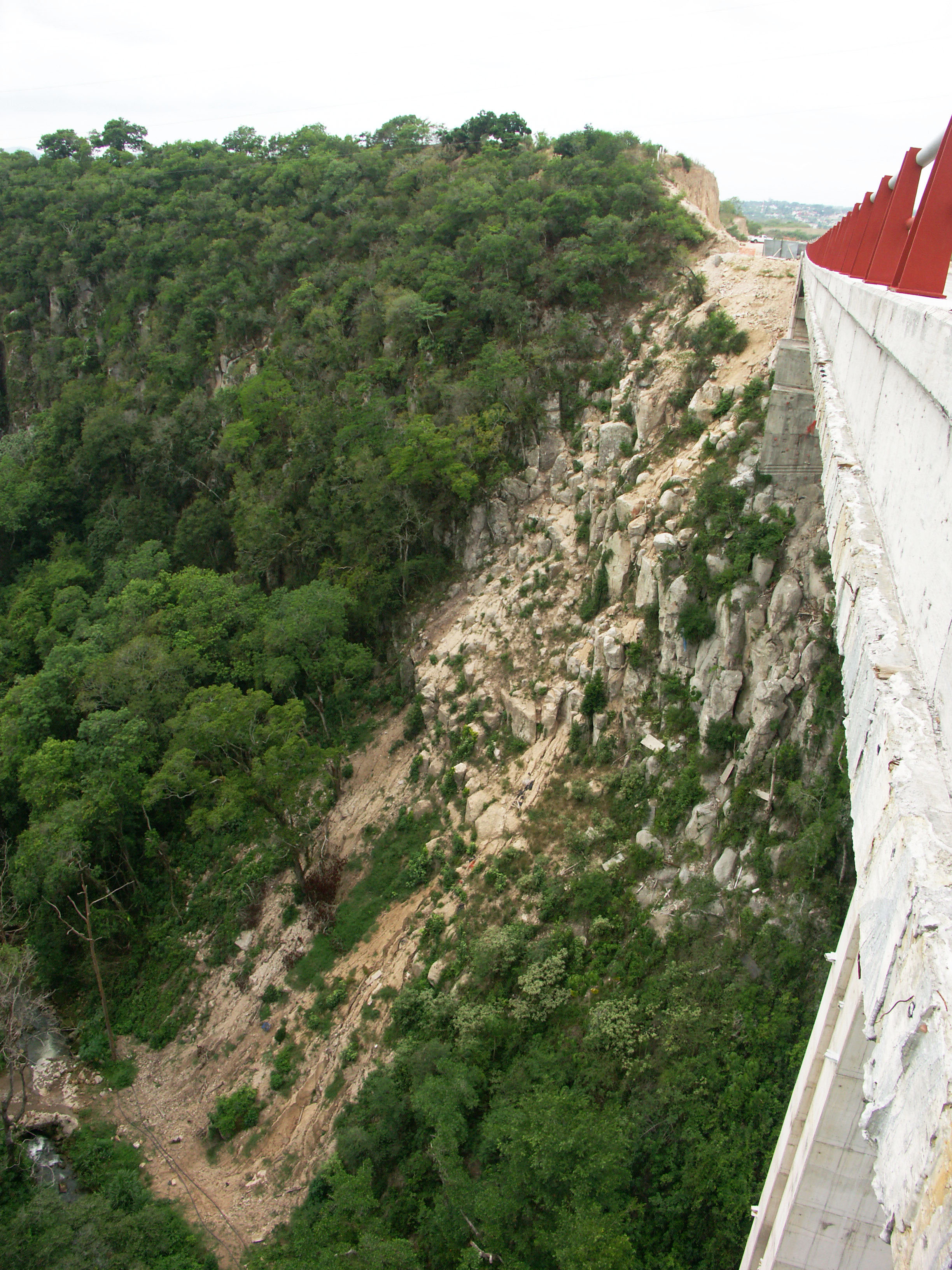 The south slope of the canyon. Image by Eric Sakowski / HighestBridges.com 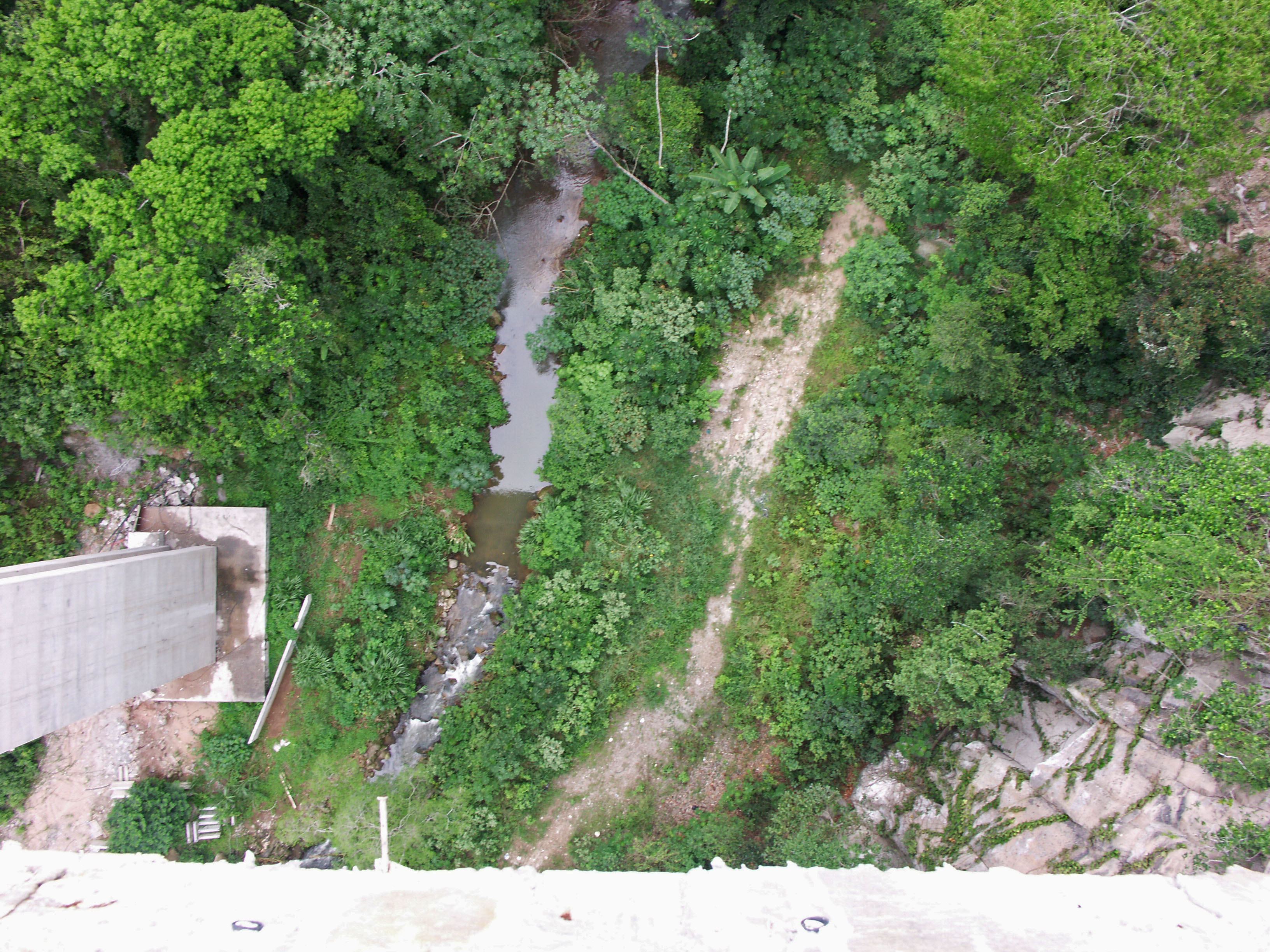 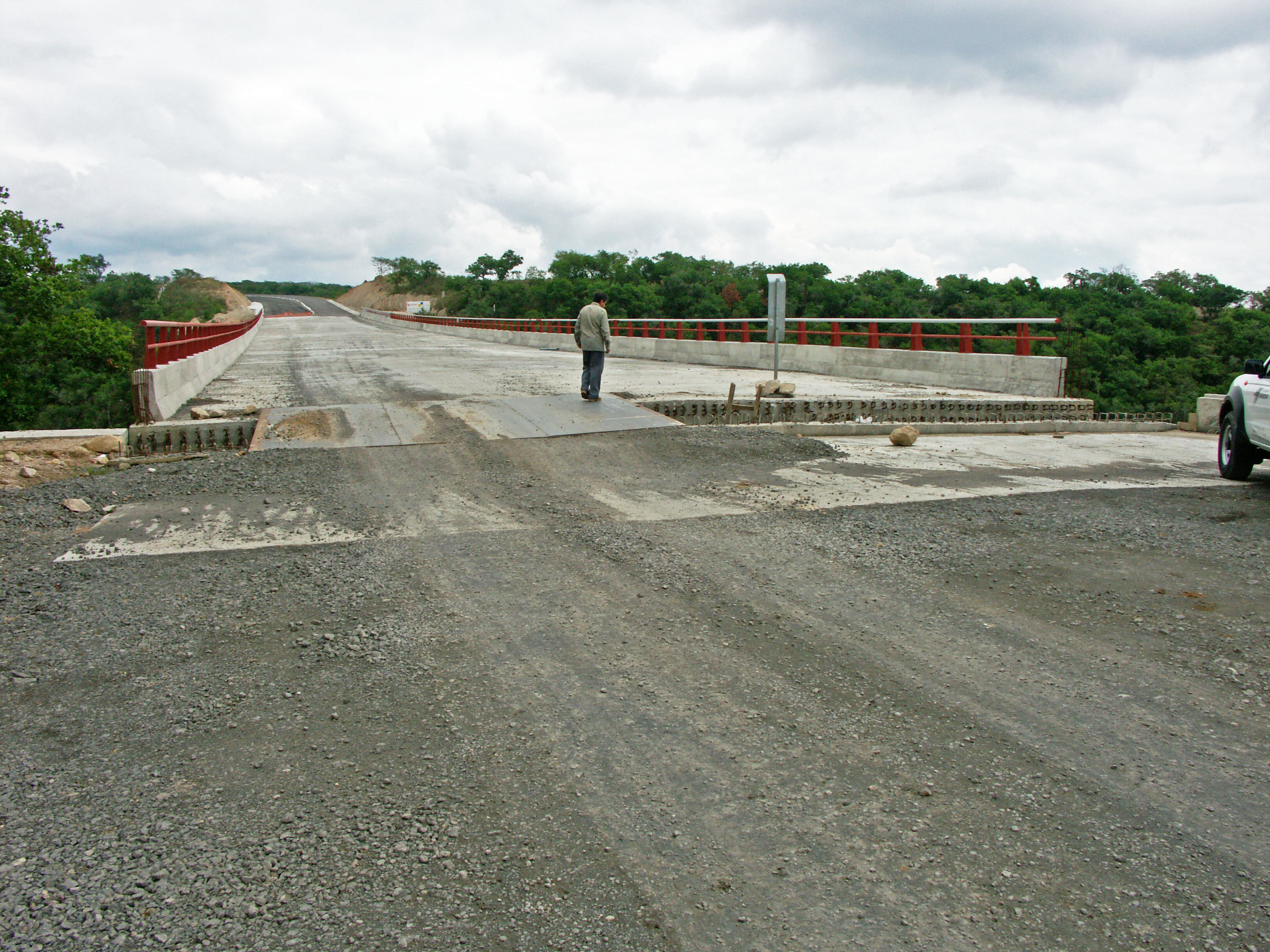 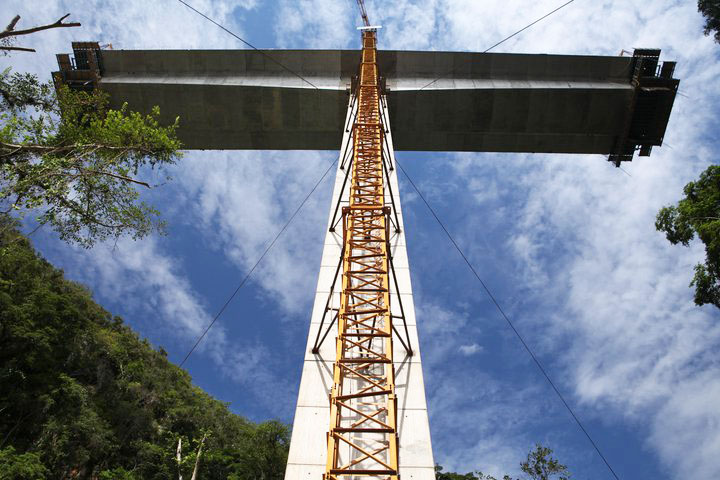 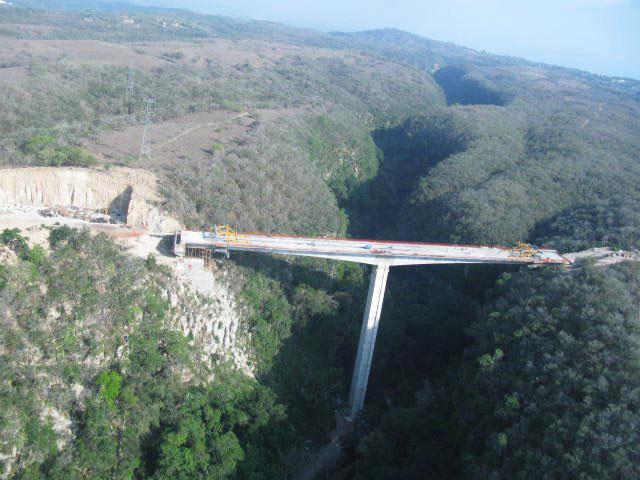 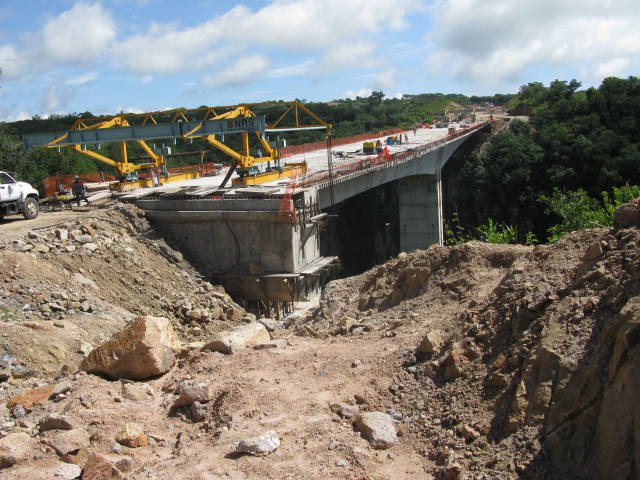 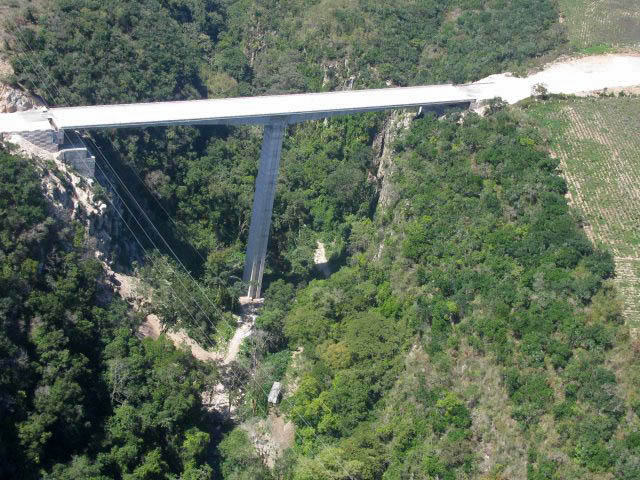 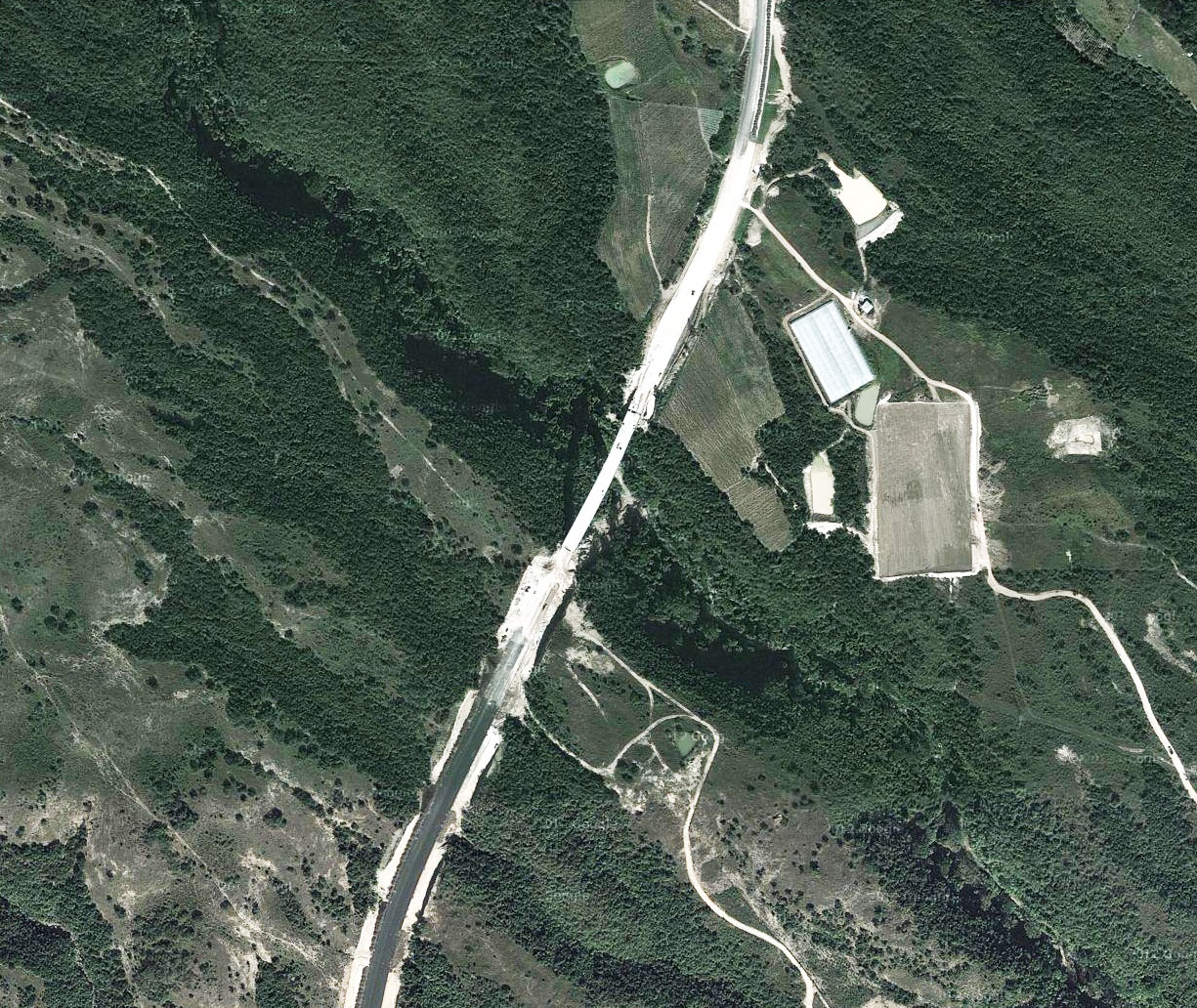 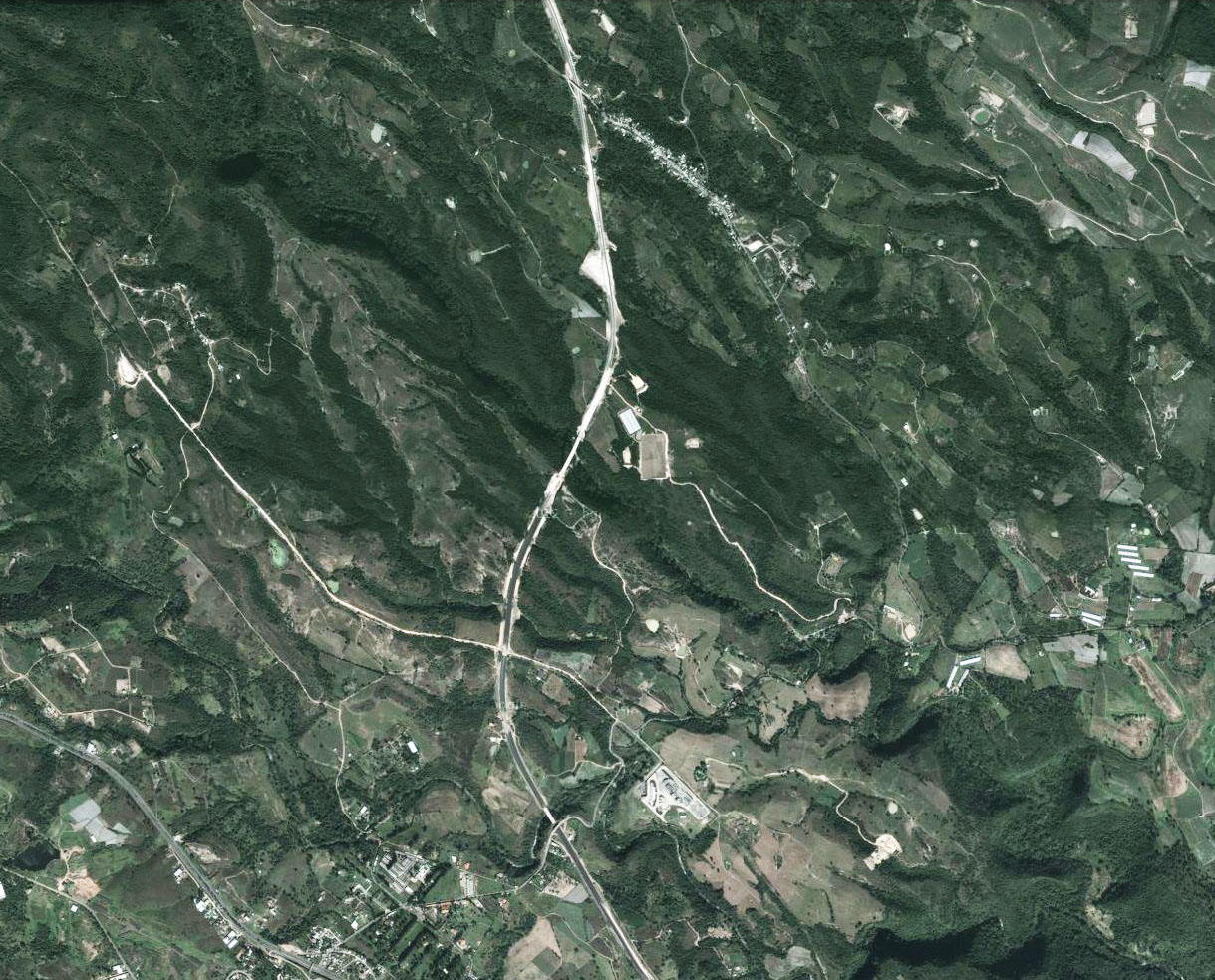 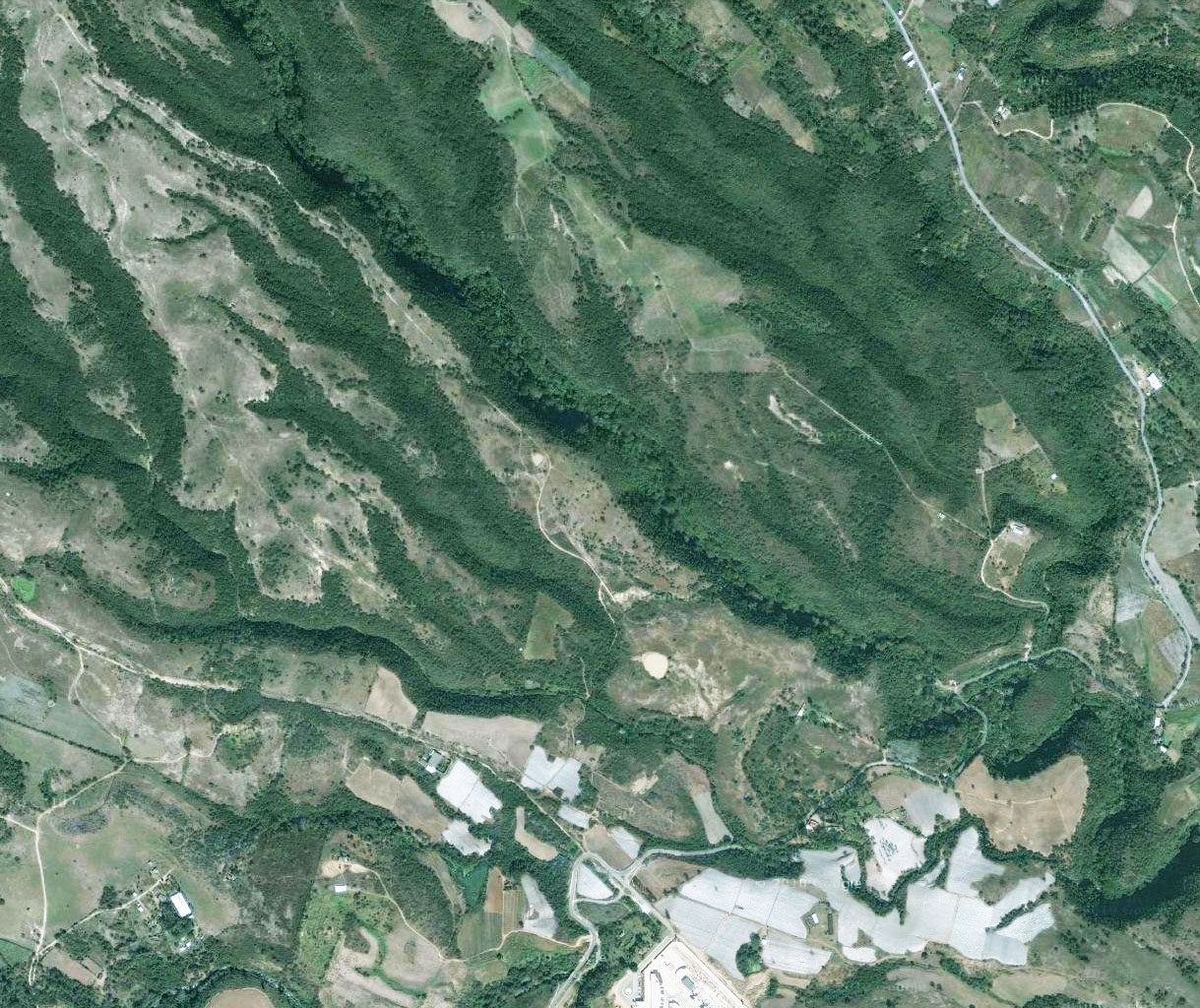 A satellite view of the Cimarron canyon before the bridge was constructed. 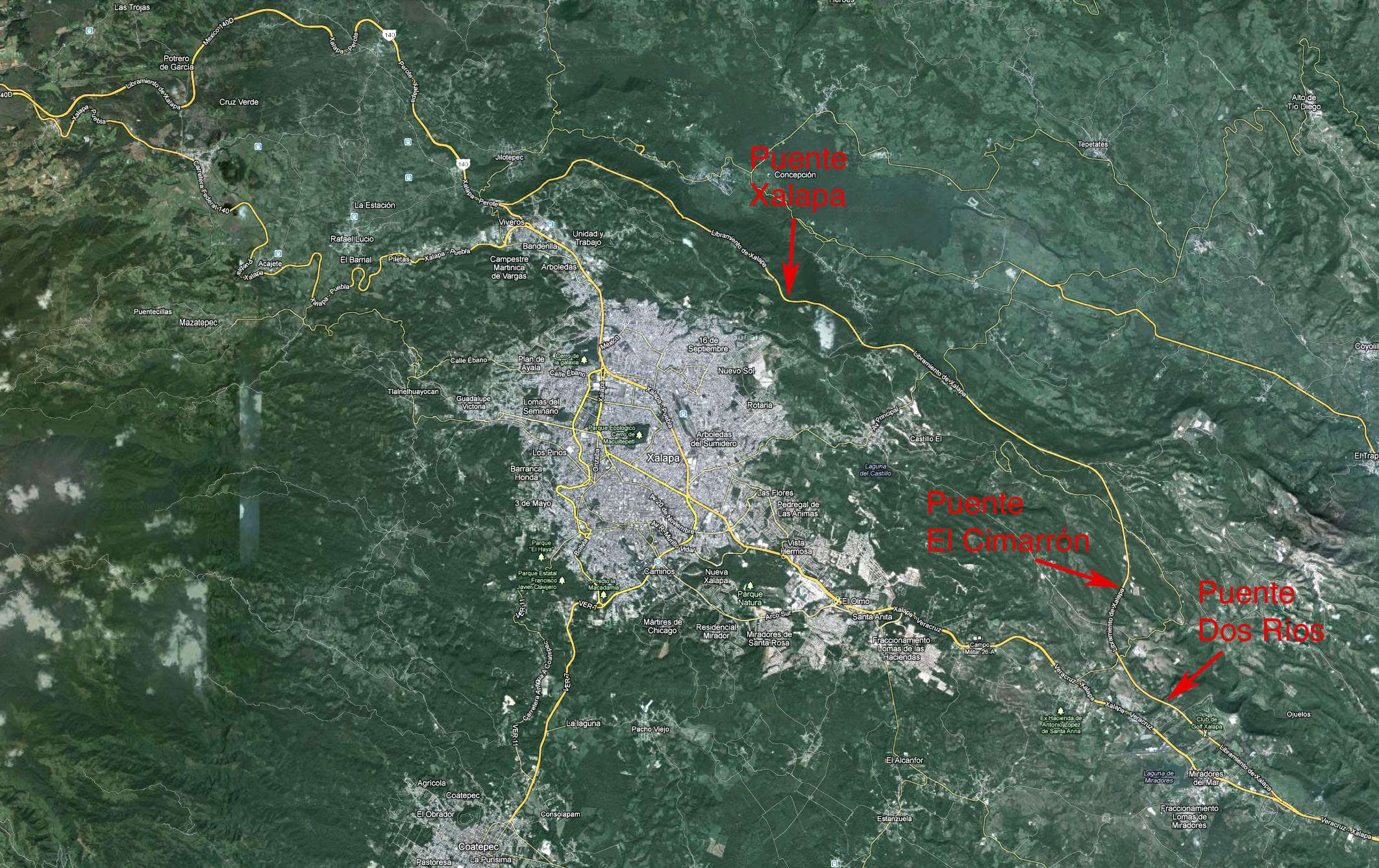 A view of the major bridges along the Xalapa Bypass highway.