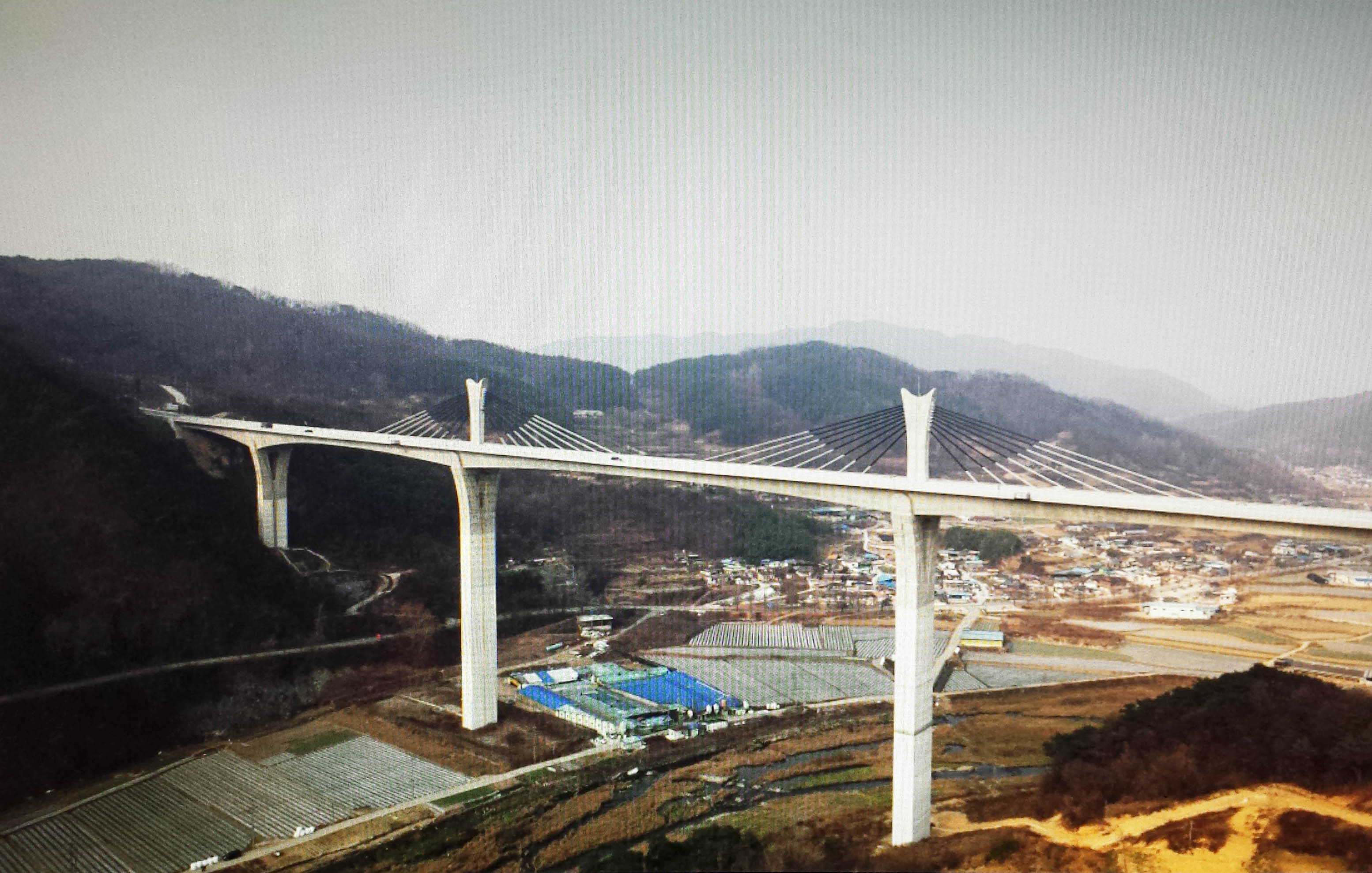 Yaro Bridge opened in 2016 as the highest bridge in South Korea and the first high level extradosed bridge in the country. The 4-lane crossing is one of three high bridges on the Gwangju-Daegu Expressway No. 12.

The Japanese built their first extradosed bridge in 1993 and now have more than 100 examples - more than every other country in the world combined. Yaro Bridge is one of the few to be built in South Korea.

By relying much more on the strength of the thicker, prestressed concrete beam span below the roadway, extradosed bridges can have much shorter towers with fewer cables. Extradosed bridges are not suitable for long spans and they have been built primarily as a prettier alternative to the dull look of a pure beam bridge. 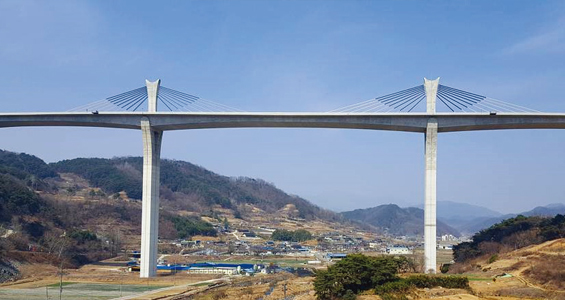 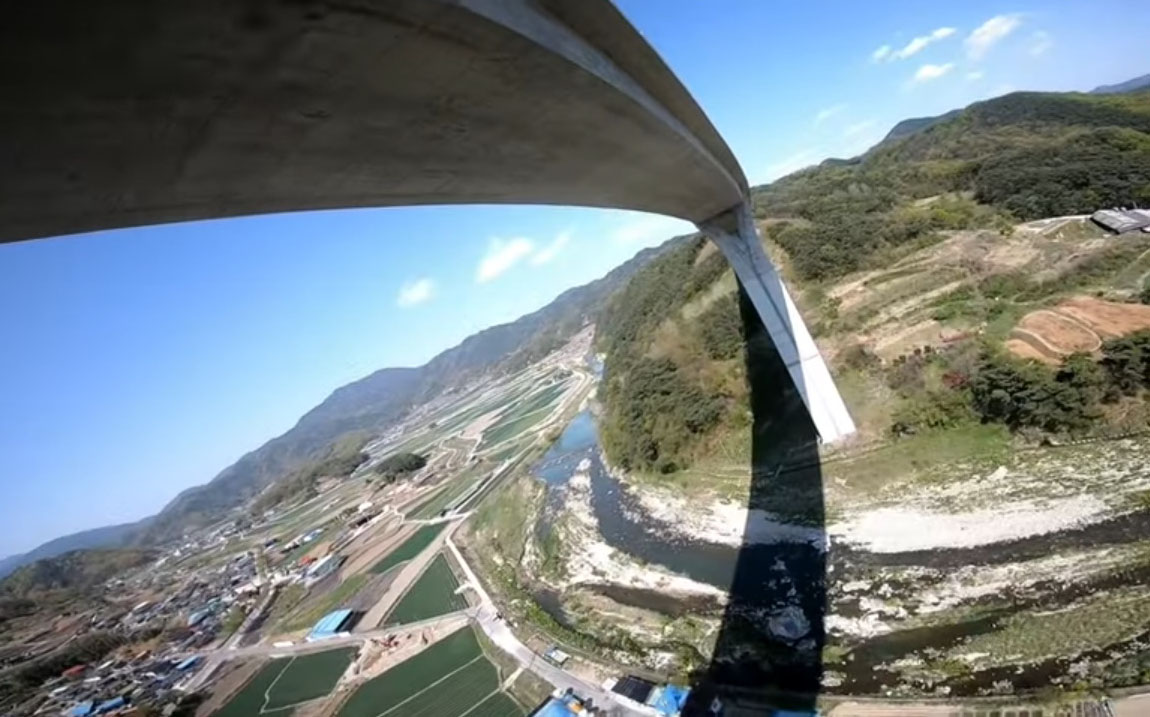 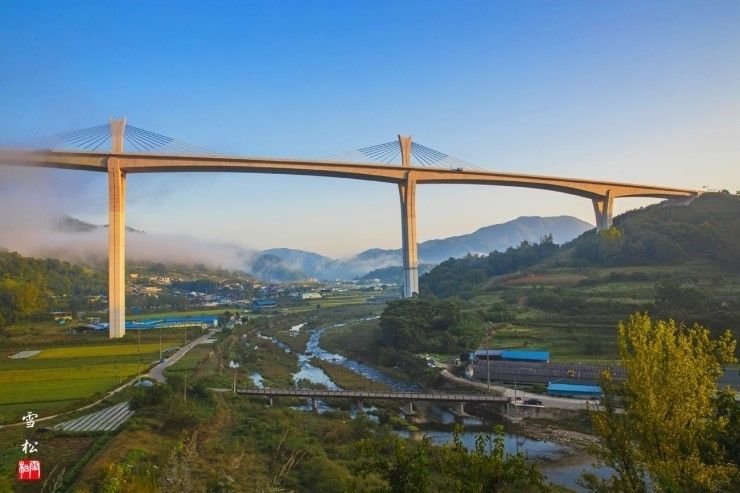 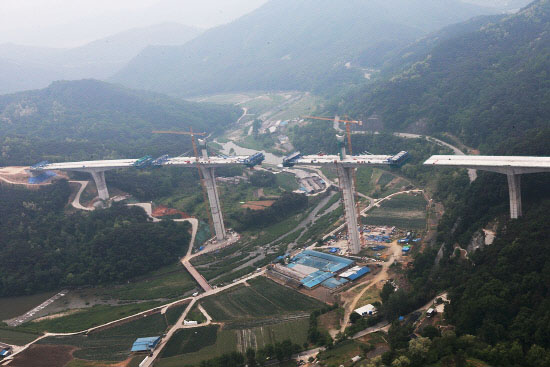 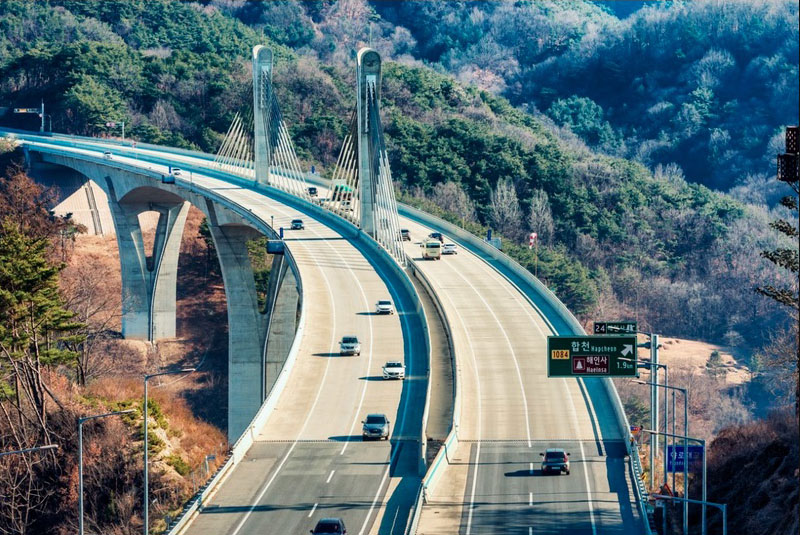 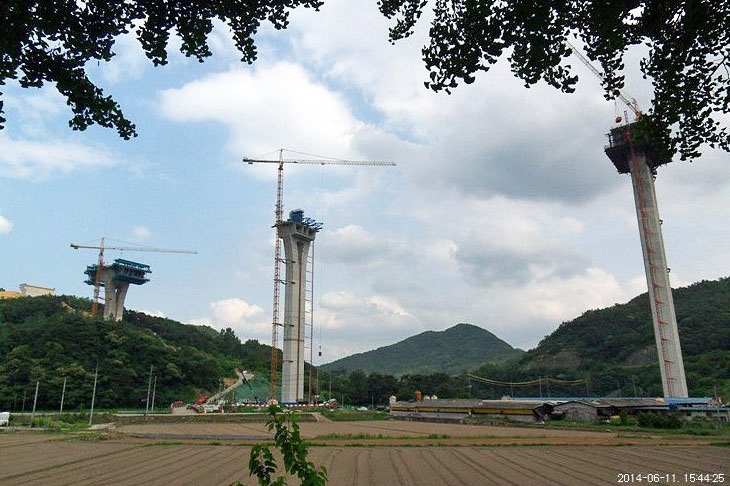 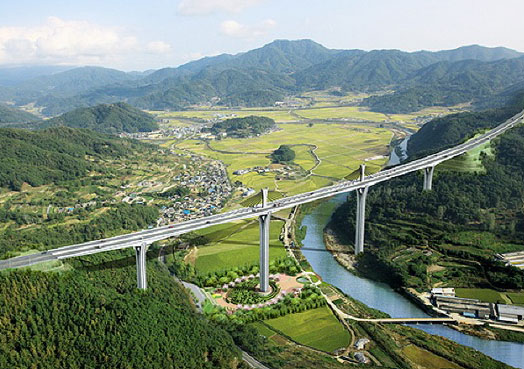 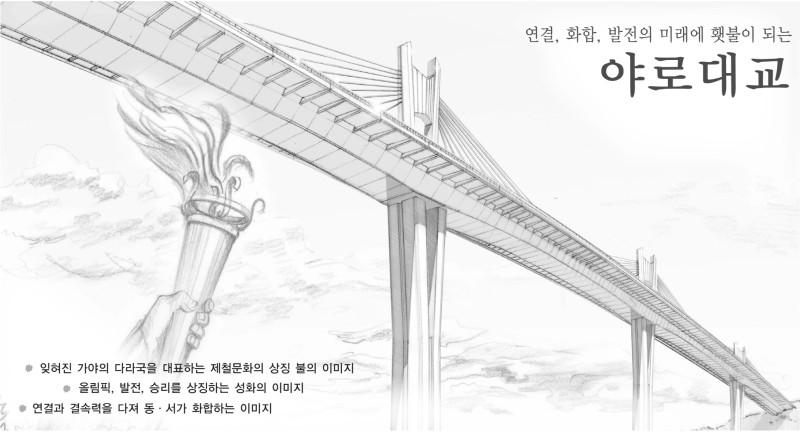 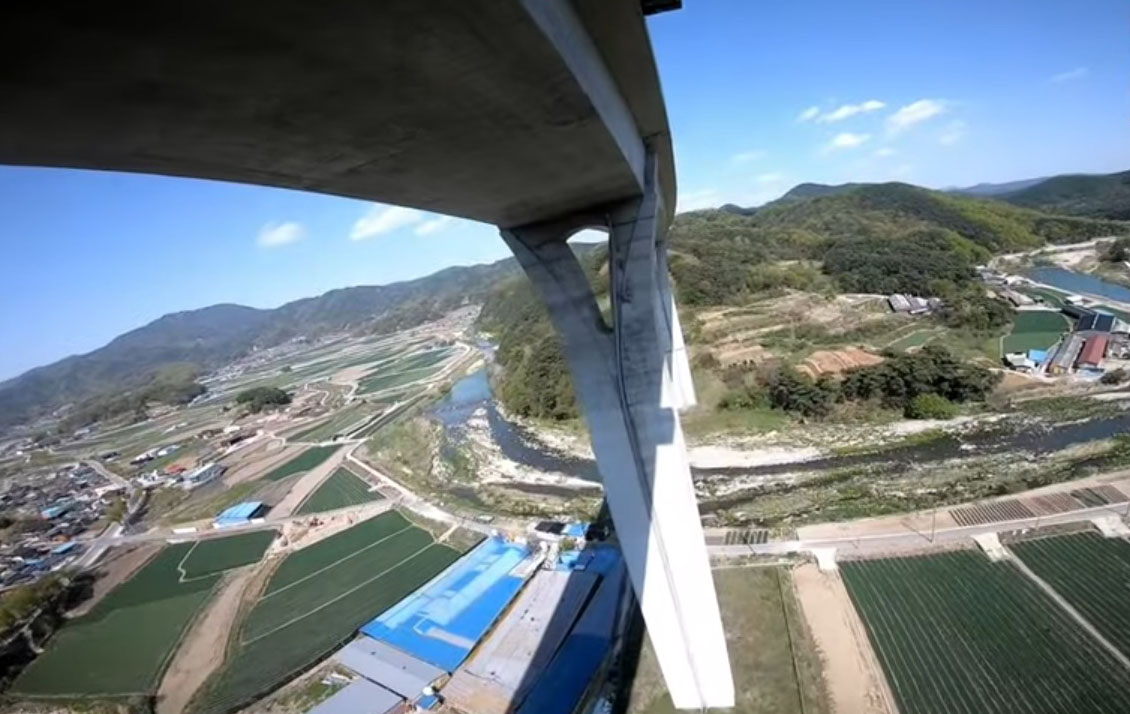 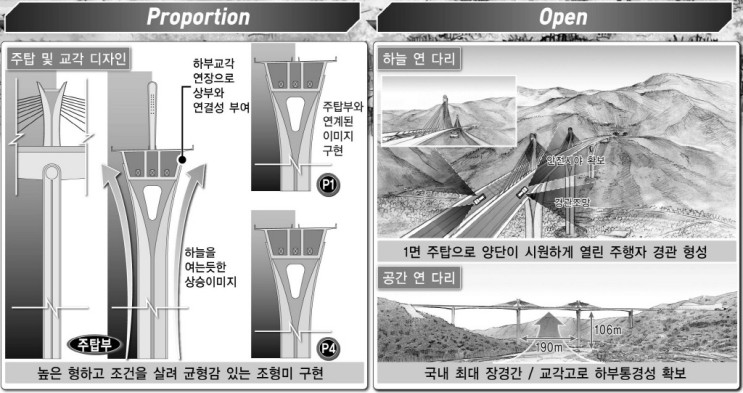 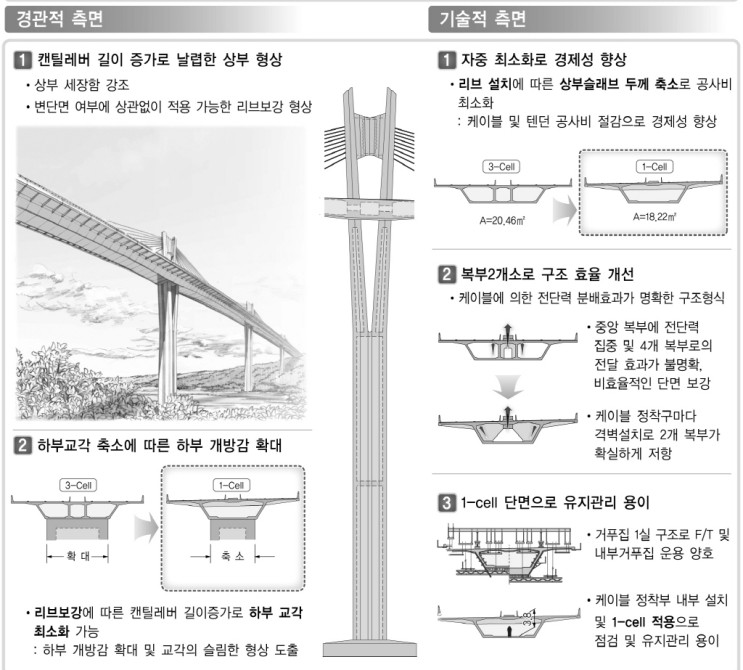 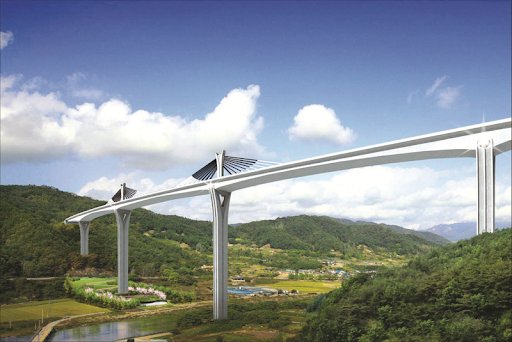 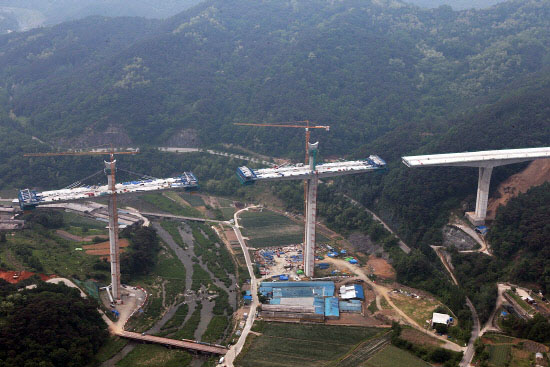 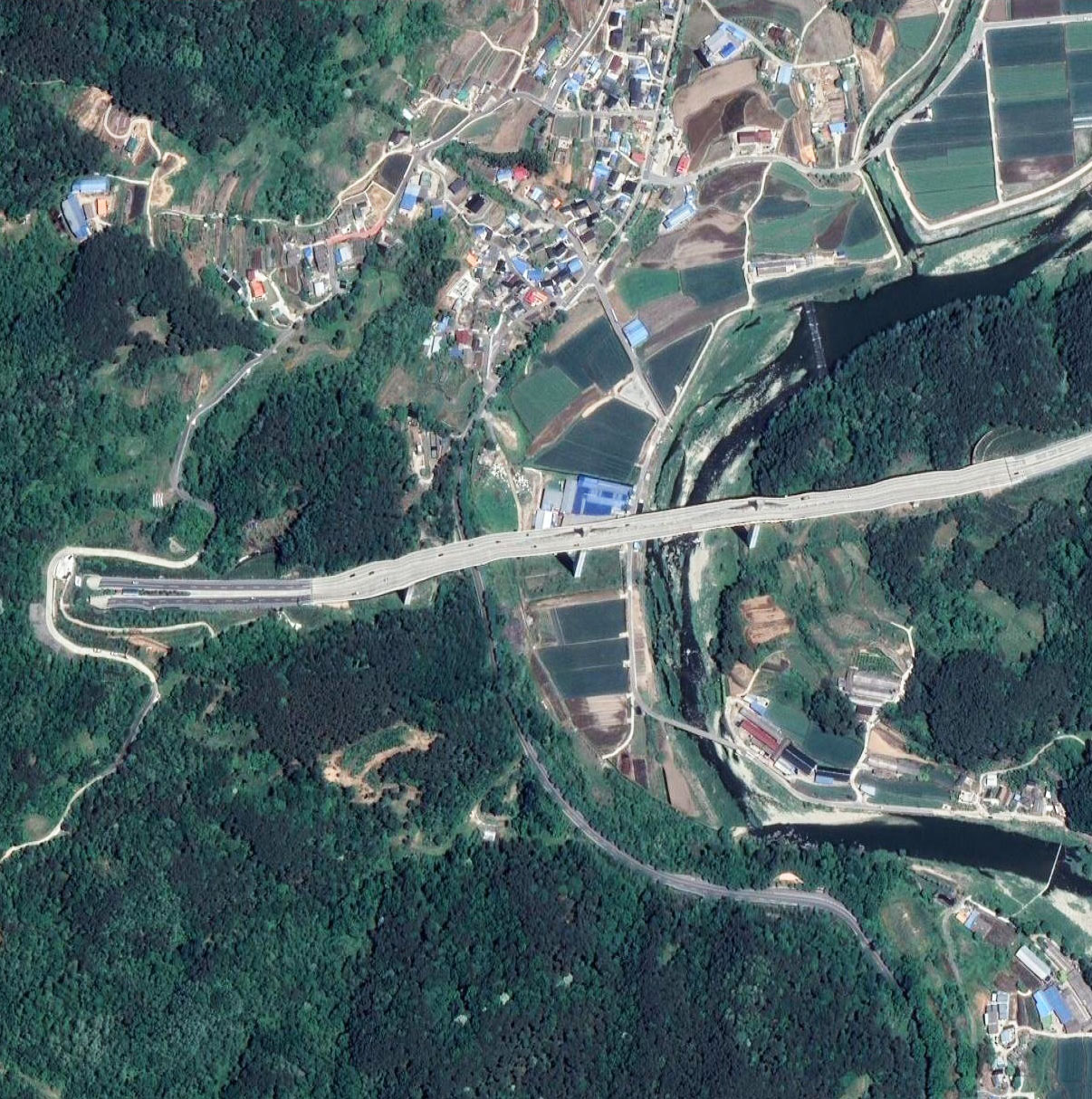 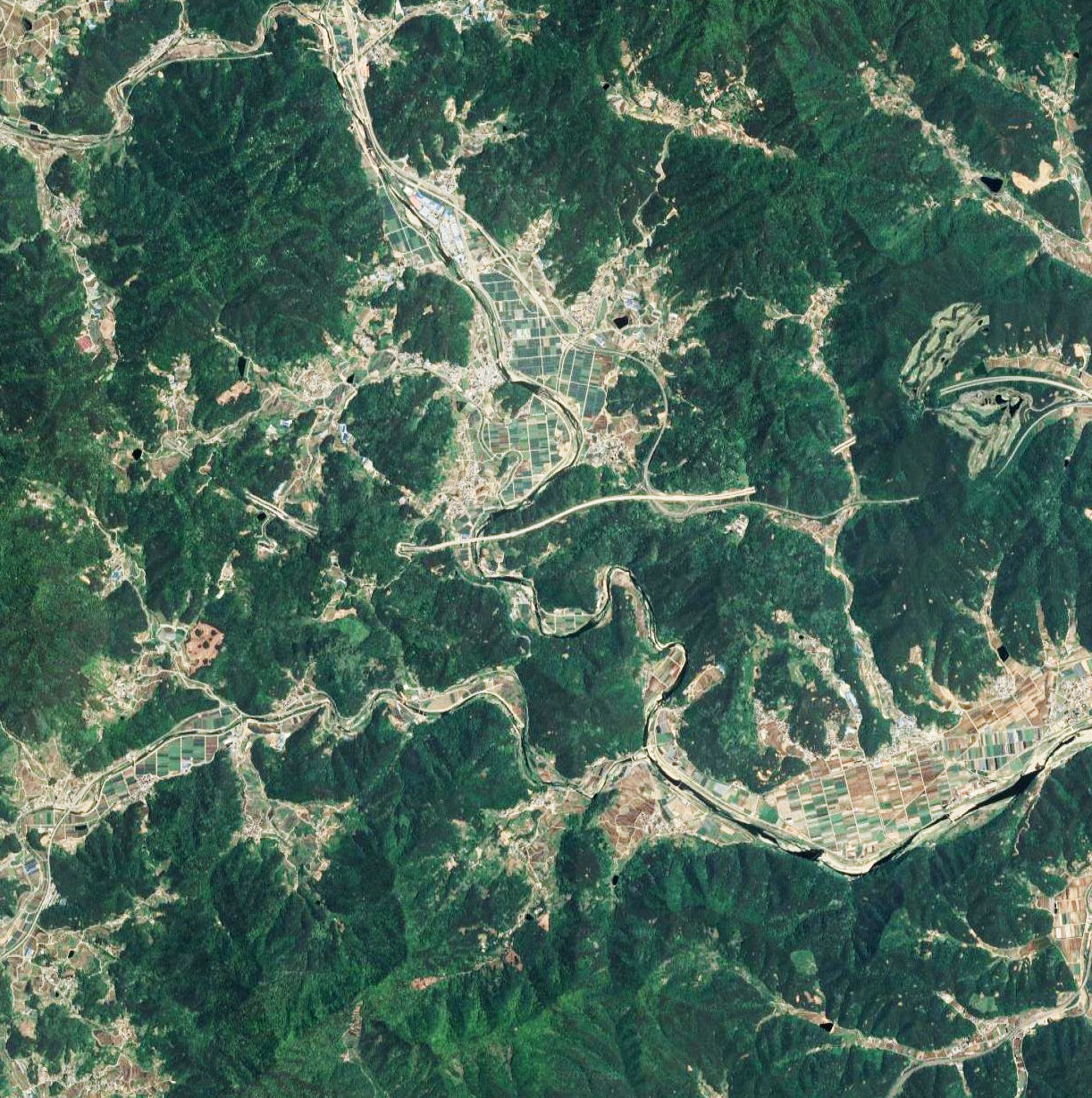 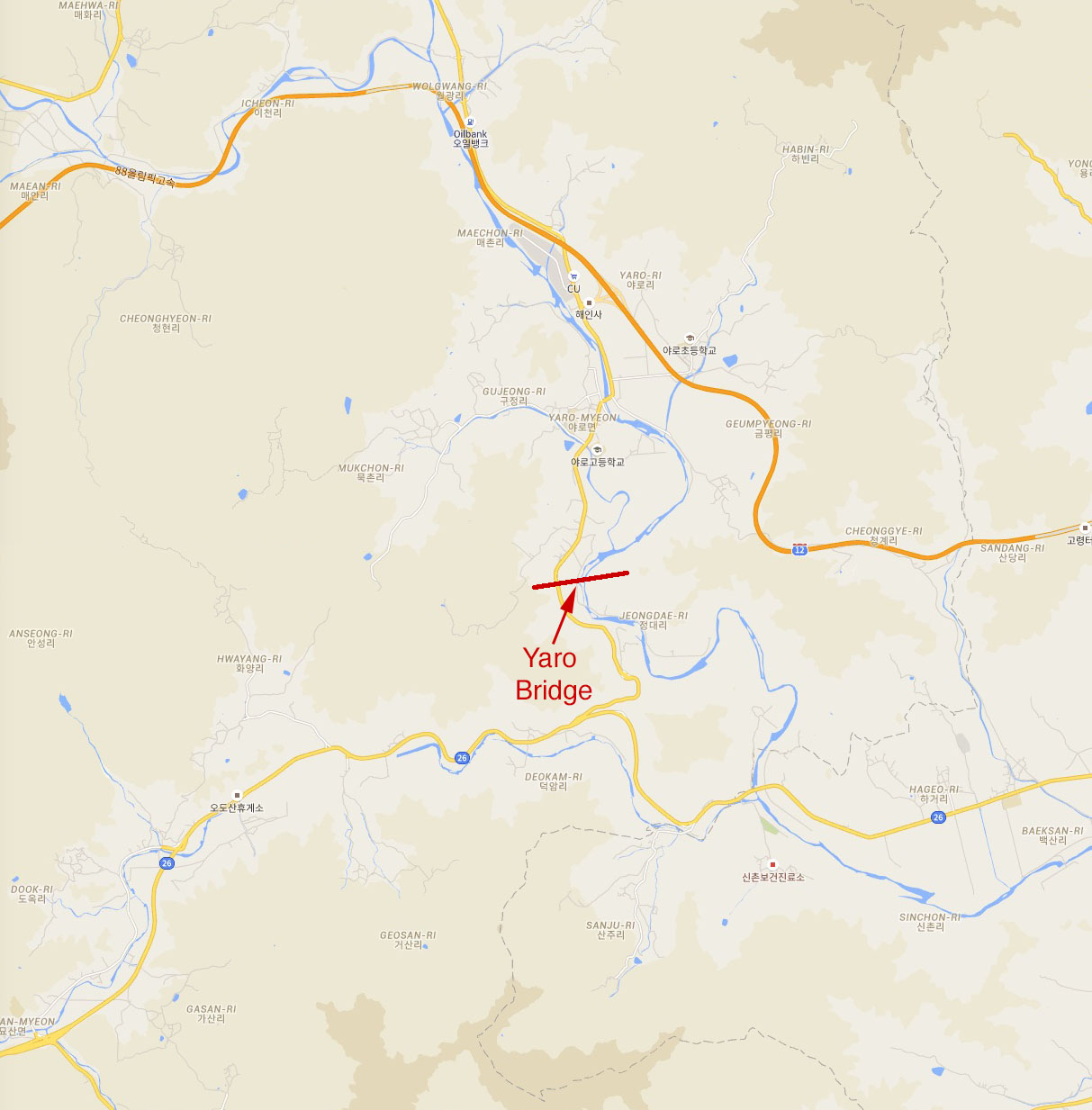 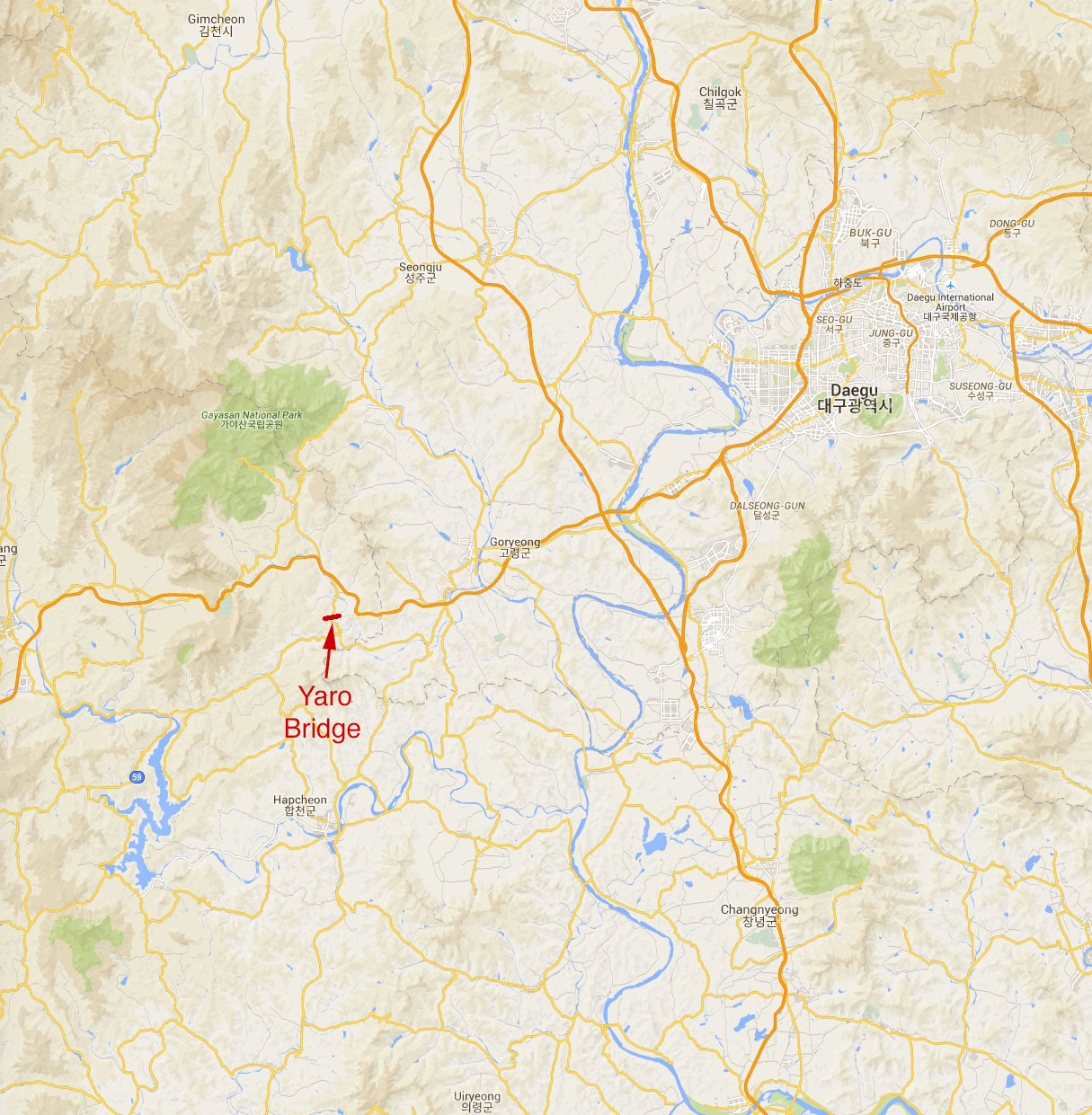