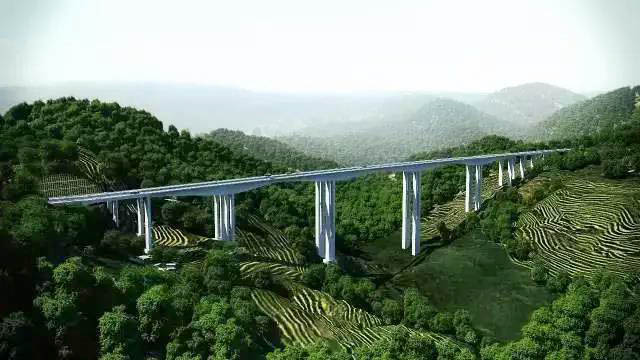 Xintianpo is one of two giant back to back viaducts that cross over the deep gorge of the Changtan River about 40 kilometers north of Guiyang City. The viaduct just to the north is known as the Changtanhe Bridge and is also more then 180 meters high. Xintianpo Bridge has 3 spans of 200 meters while Changtanhe has a main span configuration of 2 x 200 meters. Xintianpo has a maximum pier height of 158 meters.

The newer Guizun expressway parallels the older G75 from Guiyang city to Zunyi city but with the greater capacity of a 6-lane route.

Although work was underway in early 2015 on the Changtanhe Bridge, a land dispute delayed the start of construction on the nearby Xintianpo Bridge for several months before it was resolved and construction finally began on the main pier in October. With an increased work schedule the crew should be able to catch up with the other bridges on the expressway so the route can open on time in 2018. 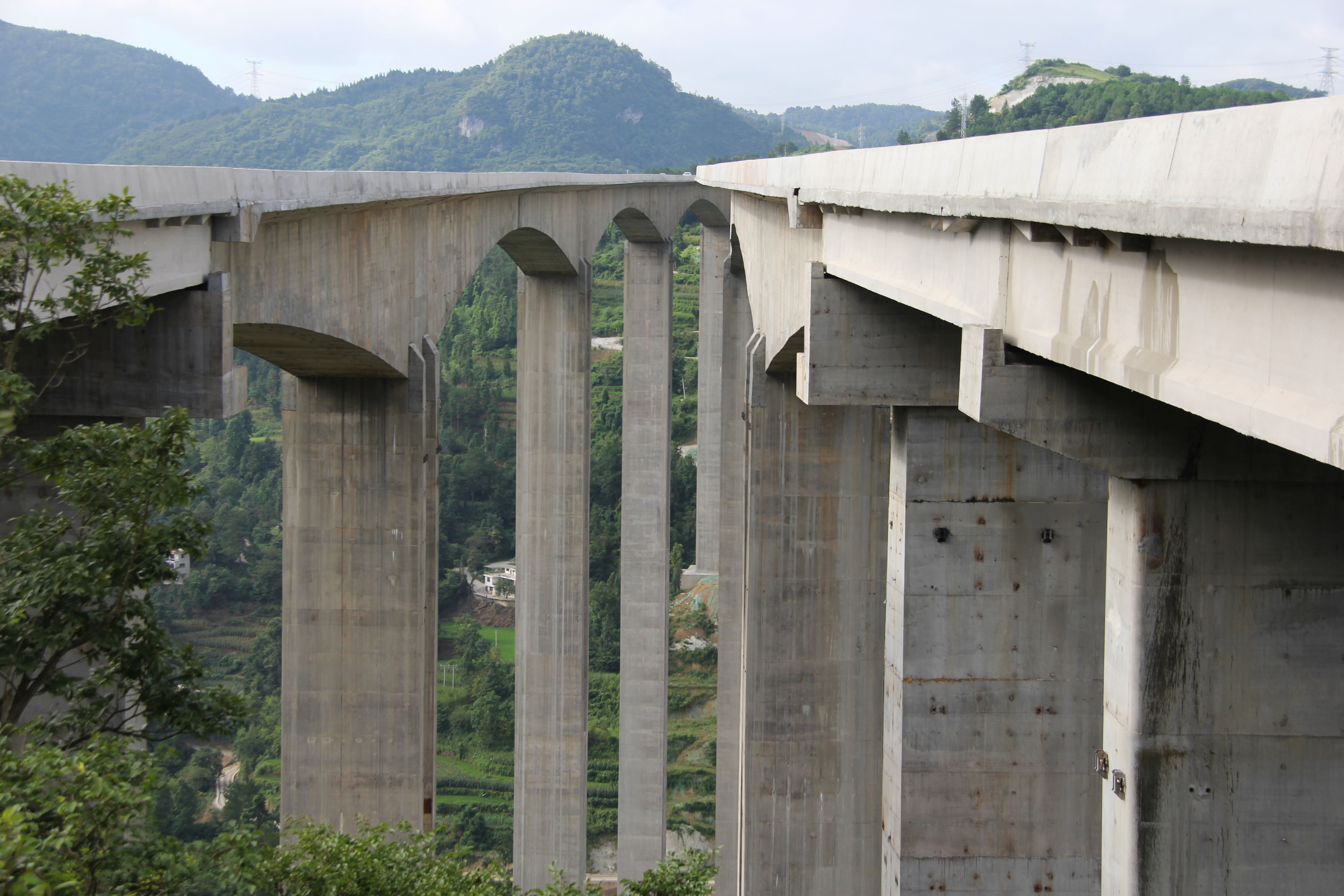 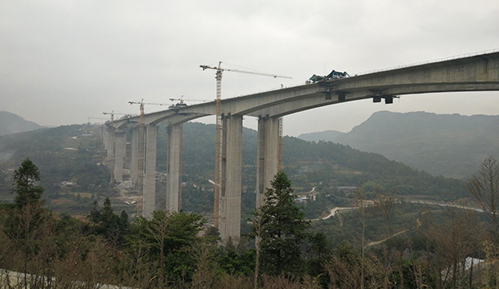 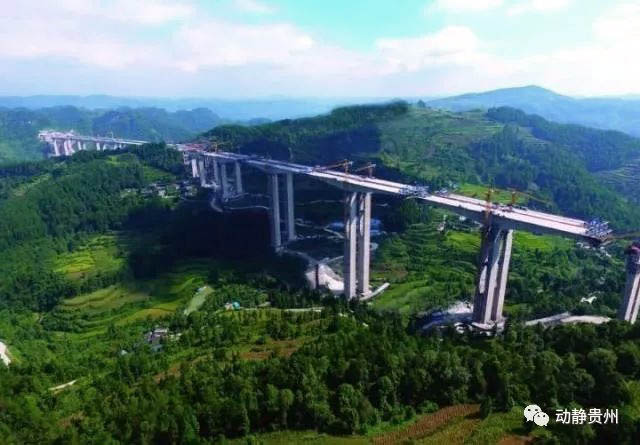 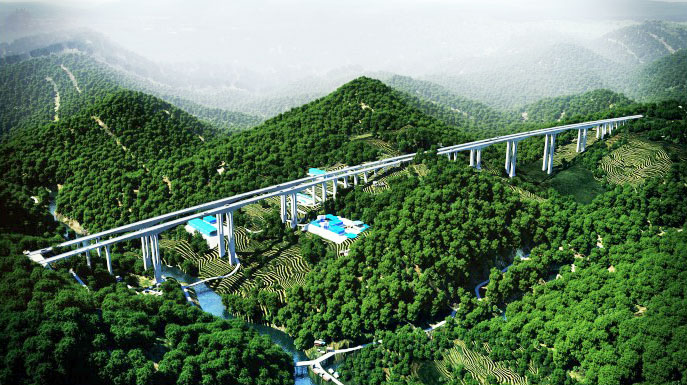 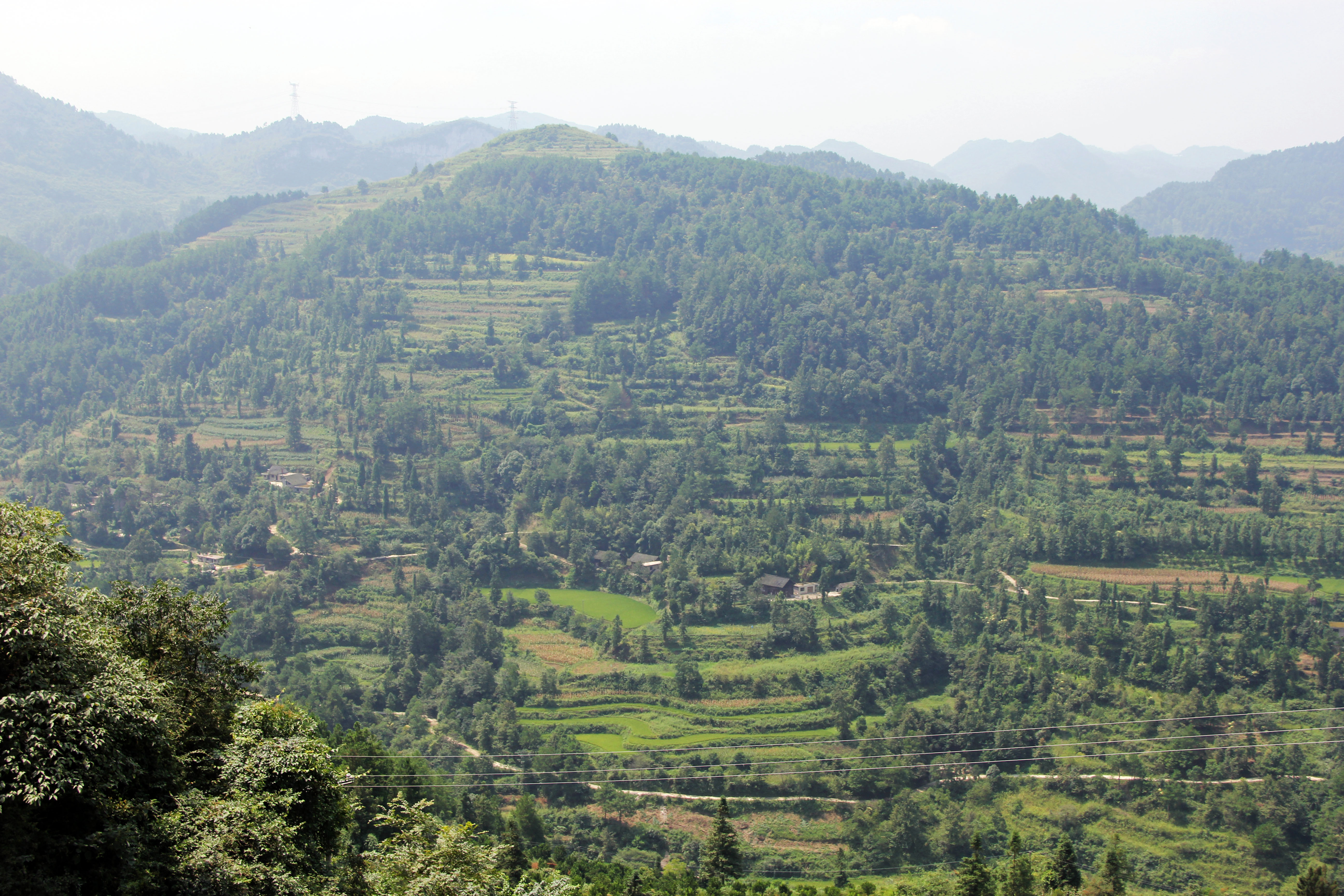 A September 2015 view of the Xintianpo valley location where construction had still not began on the giant viaduct. Image by Eric Sakowski / HighestBridges.com 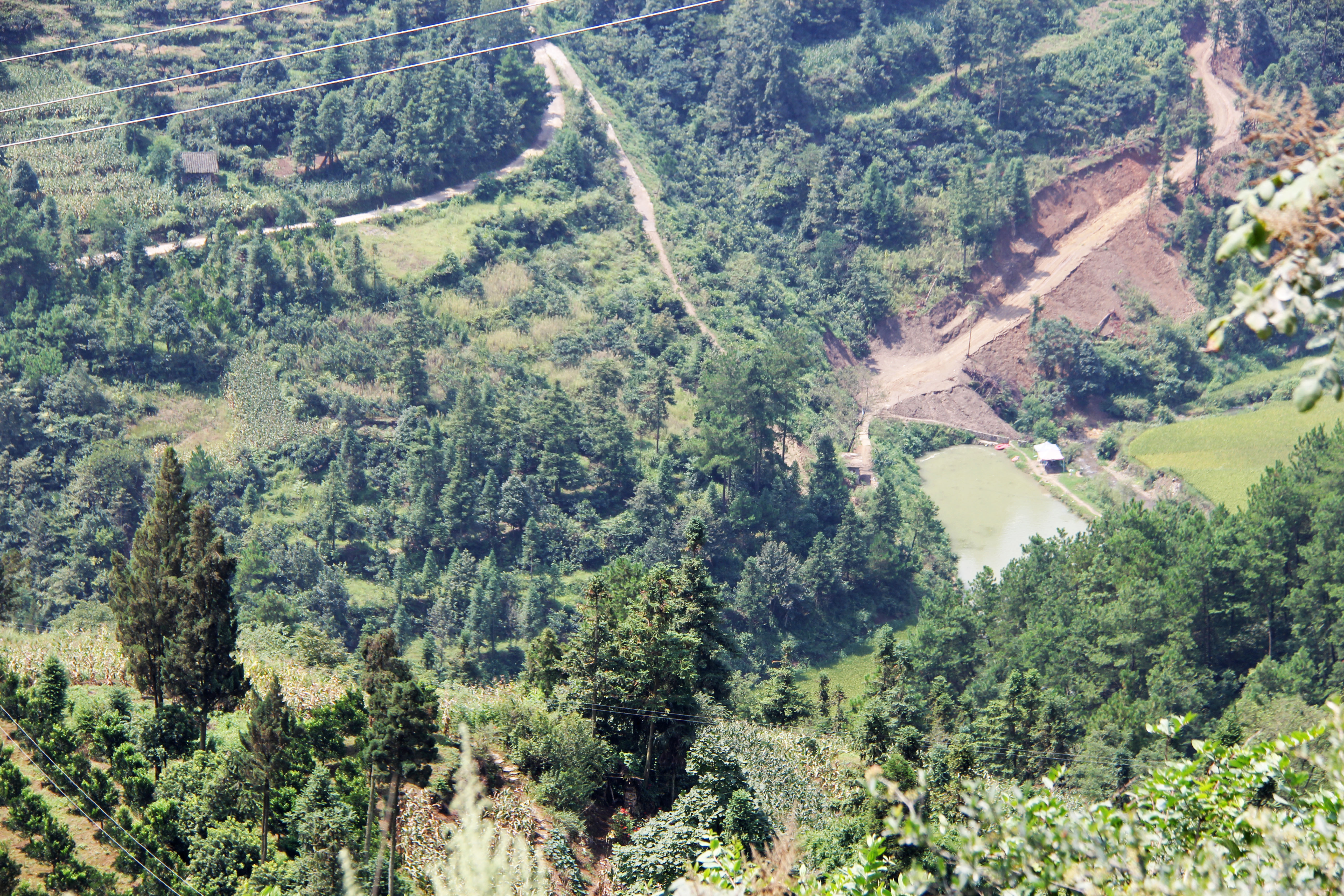 The bottom of the Xintianpo valley where the tallest pier was constructed. Image by Eric Sakowski / HighestBridges.com 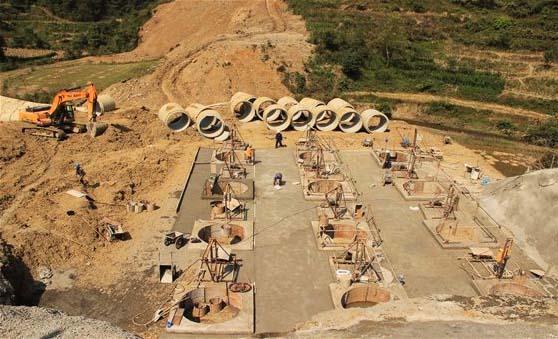 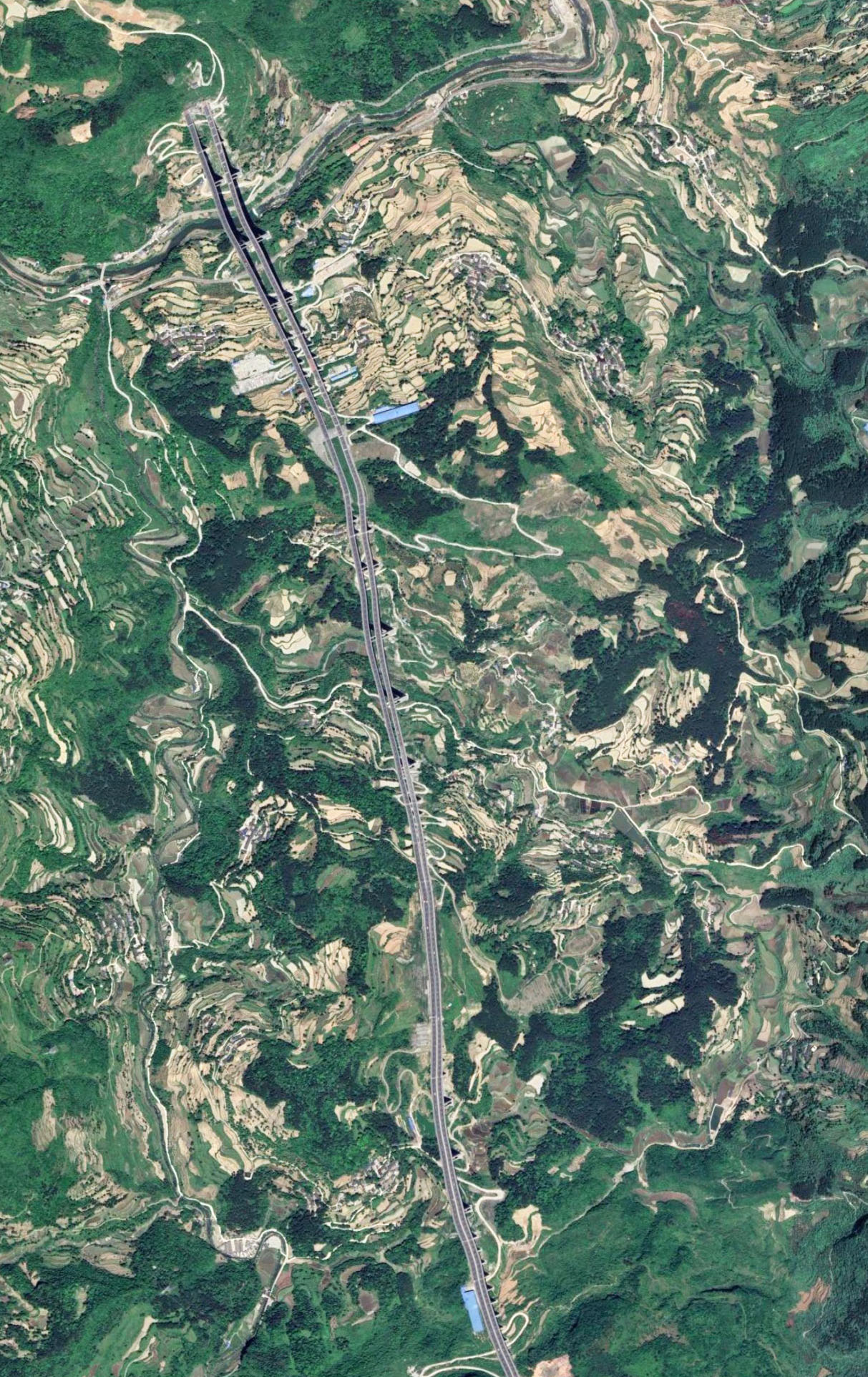 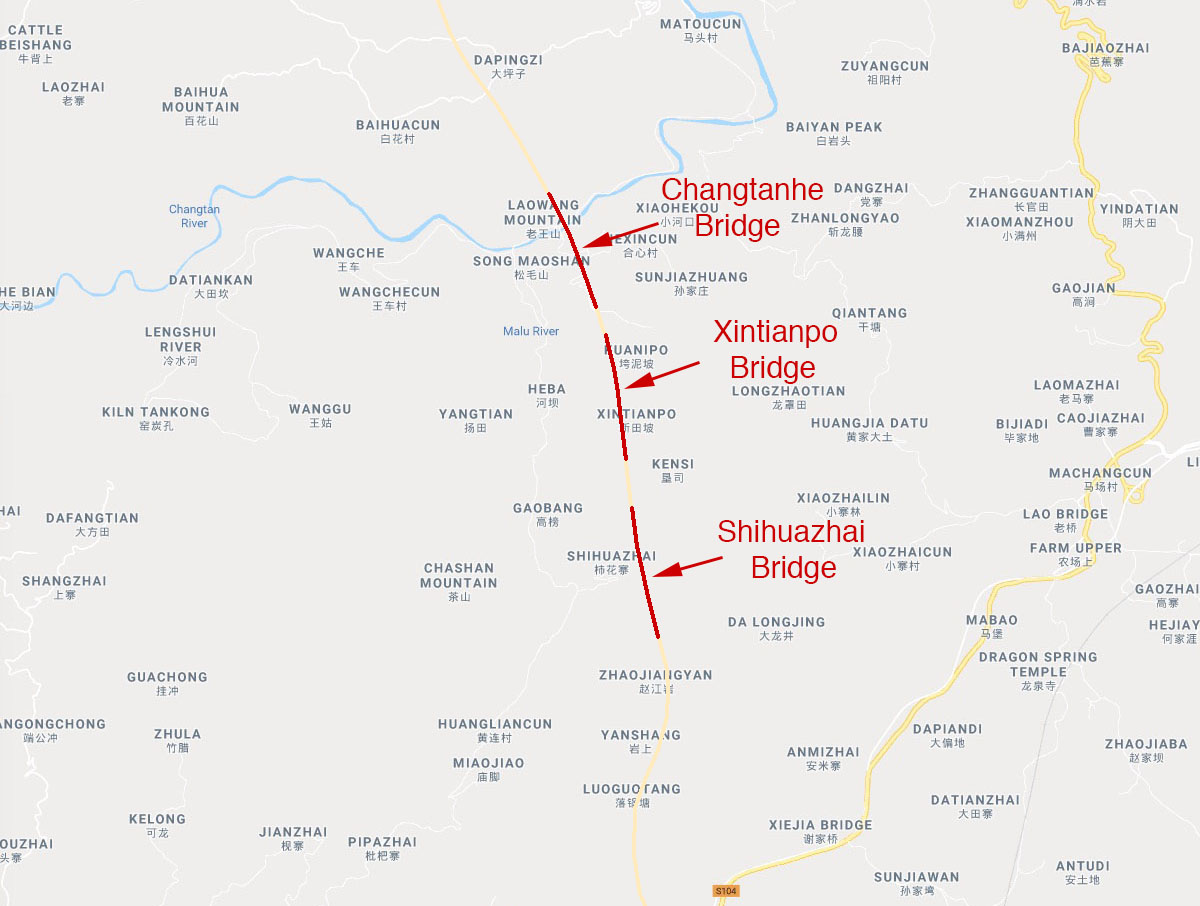