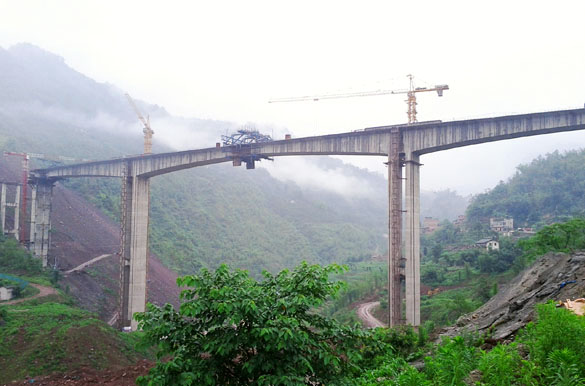 Built as part of a huge road and resettlement project from the completion of the giant Xiangjiaba Dam across the Yangtze River (Jinsha Jiang), the Wenxi or Small Wenmen Bridge of Suijang city crosses a smaller tributary in Yunnan Province along the border with Sichuan Province. Routes S307 and S208 had to be completely rebuilt from the reservoir that formed behind the 161 meter high dam. The piers of the new bridge are almost completely under water. 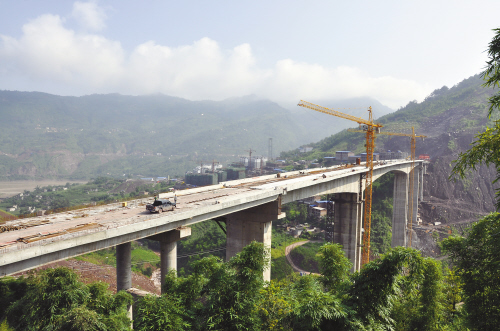 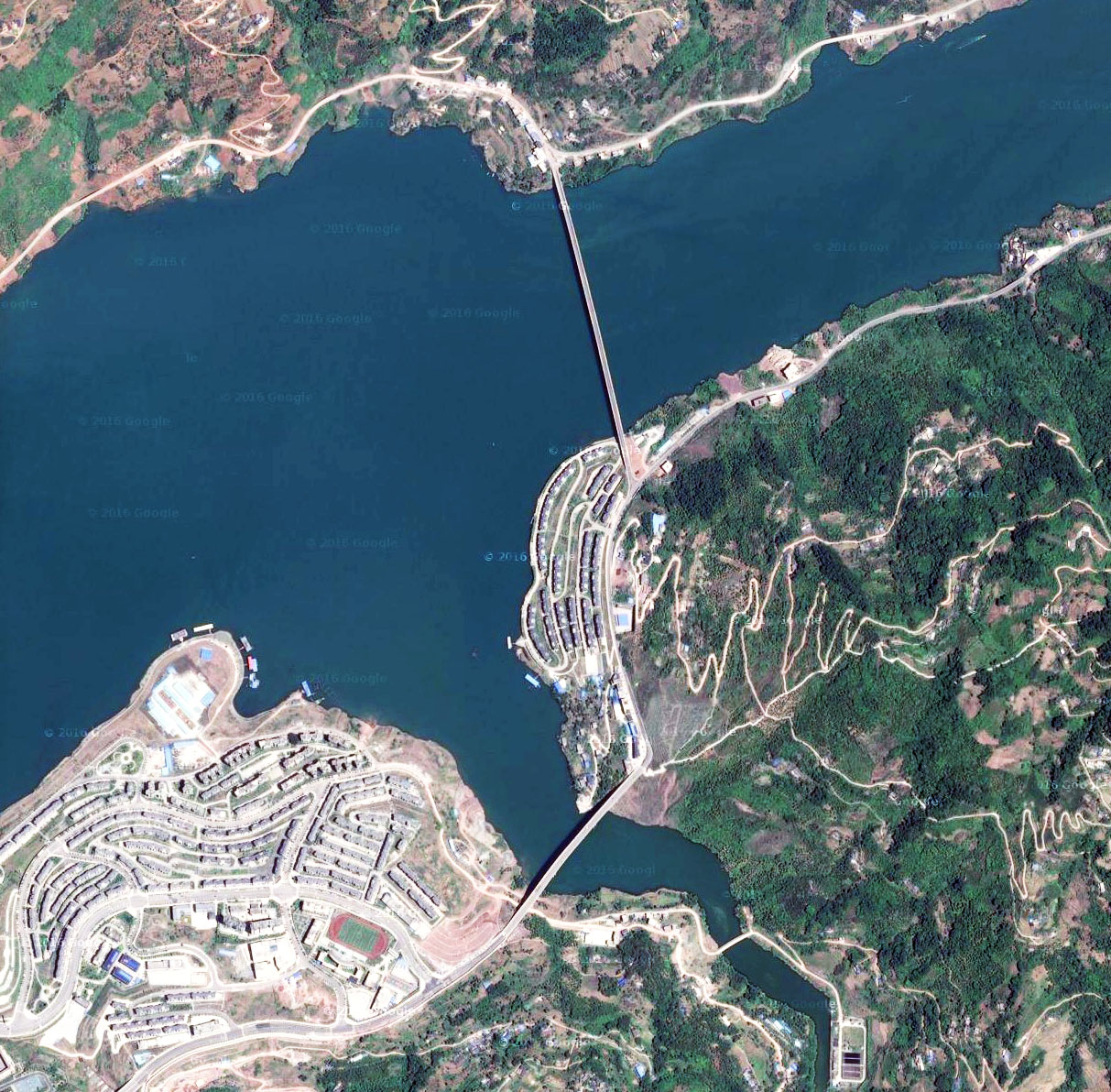 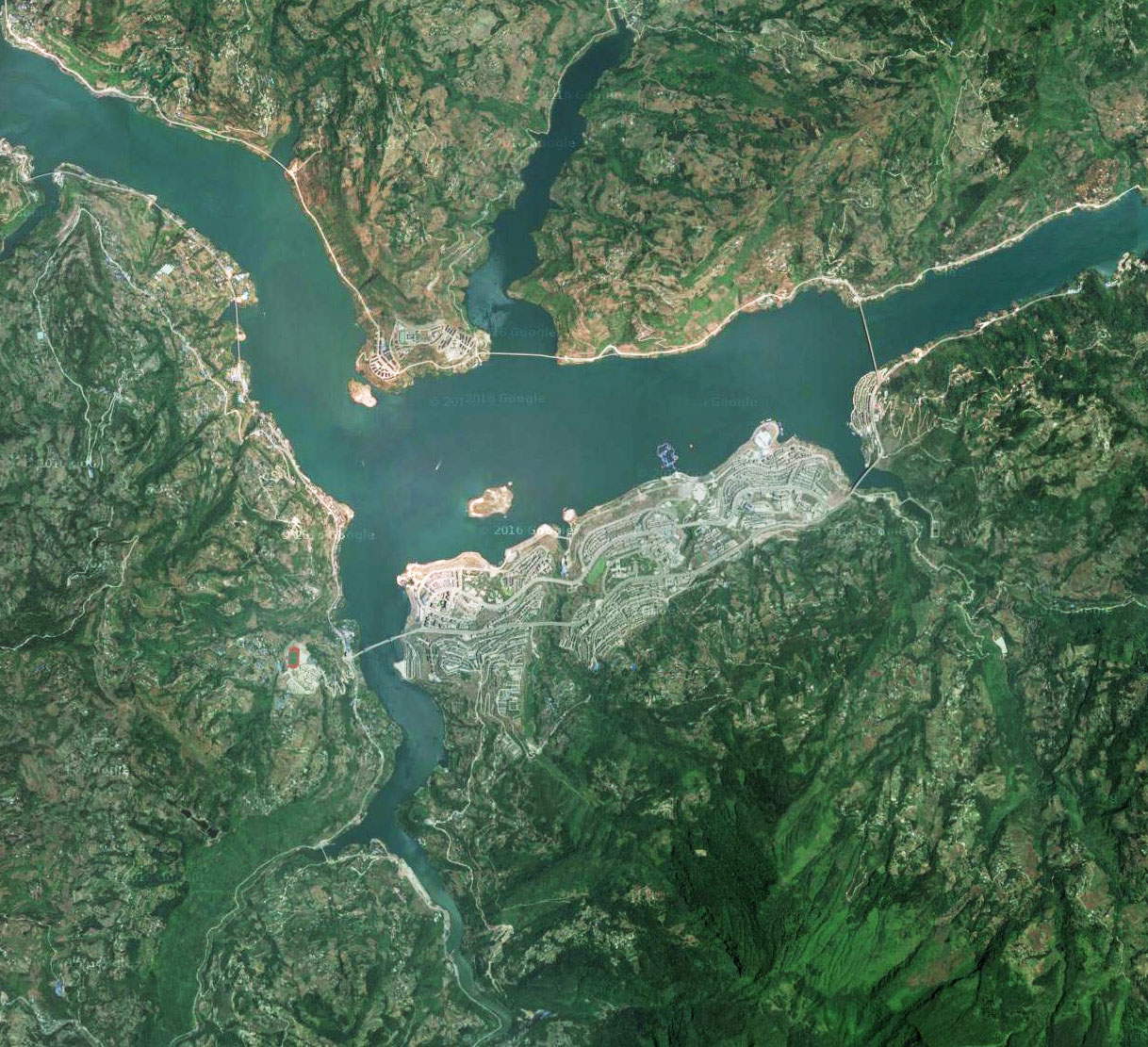 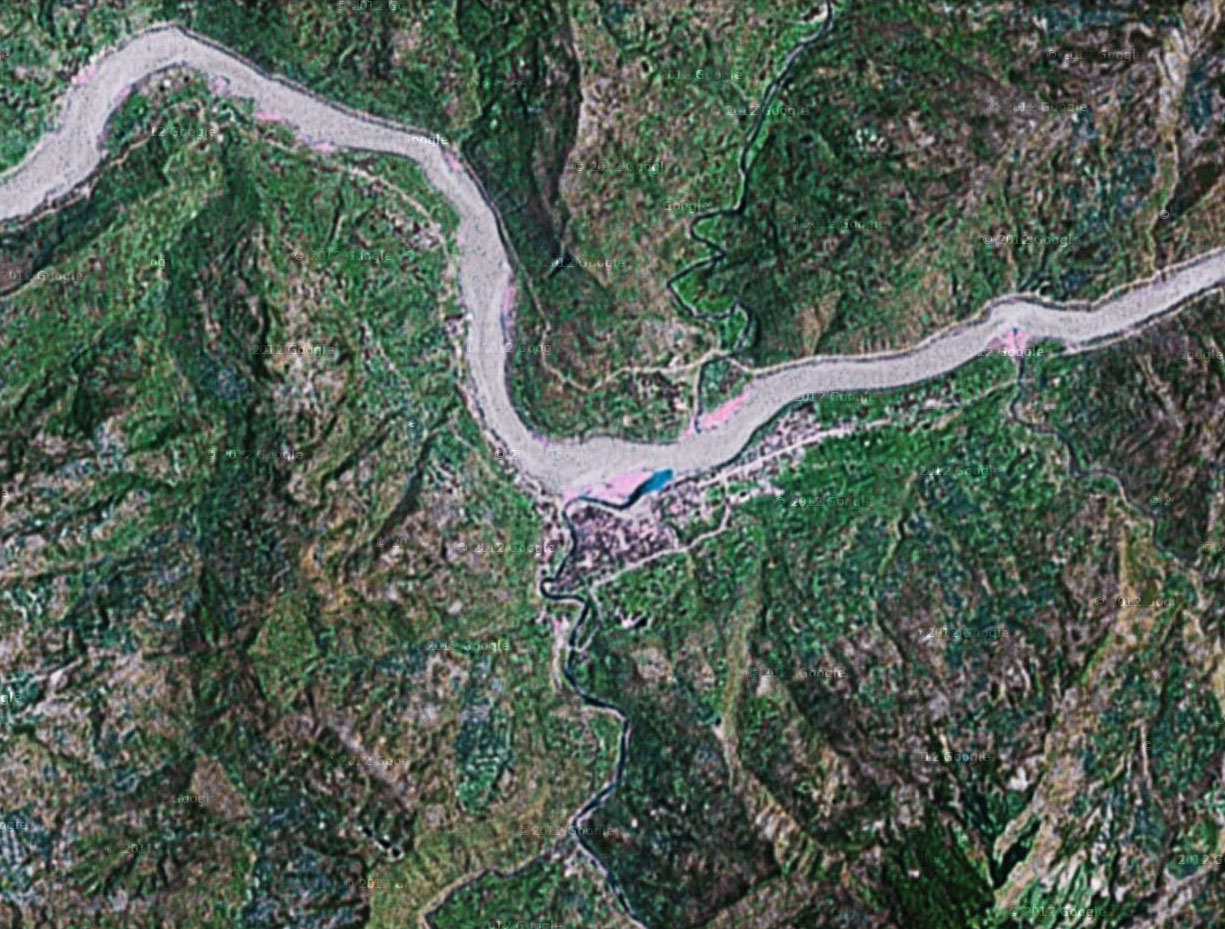 Wenxi Bridge before the reservoir formed behind the Xiangjiaba Dam. 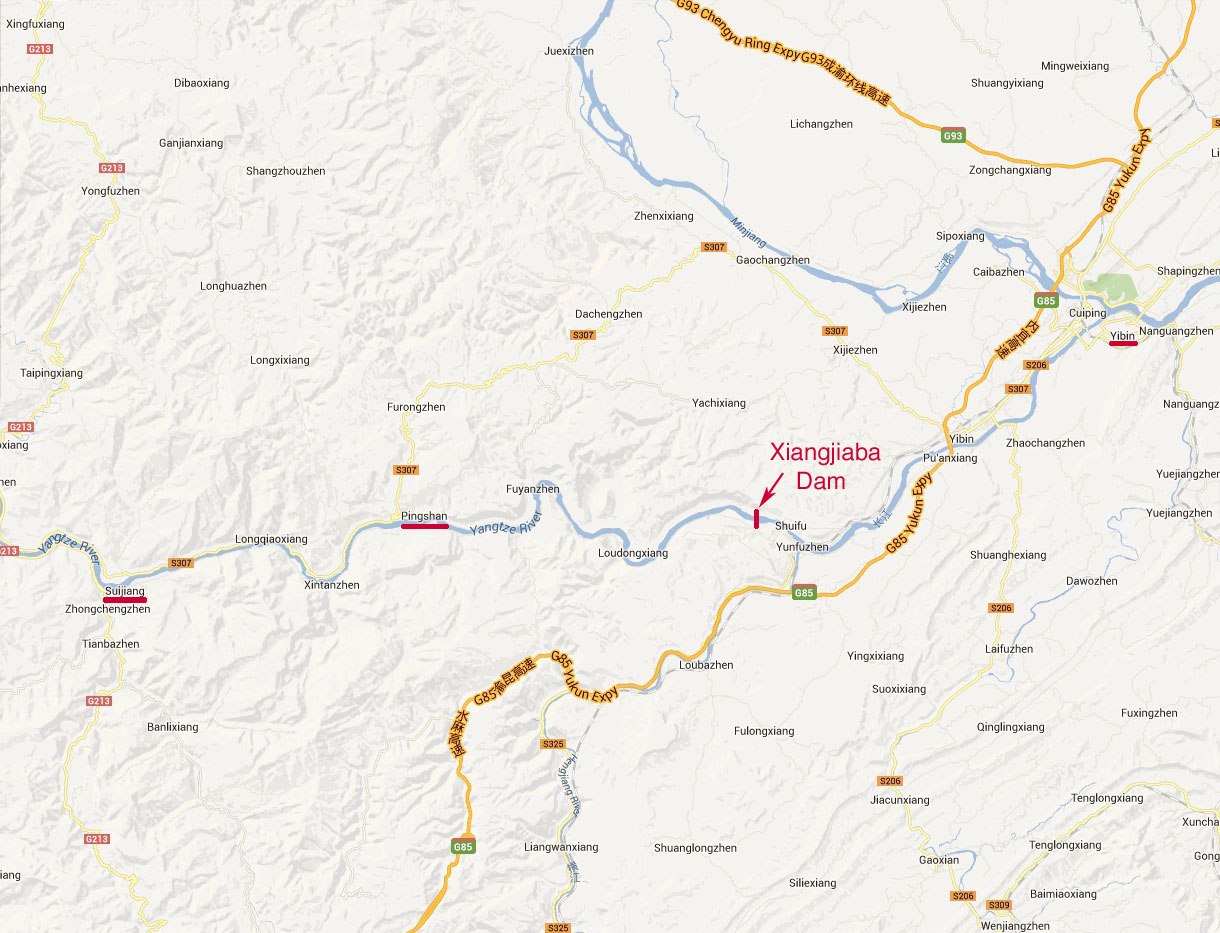 Small Wenmen Bridge is located in Suijiang upstream of the Xiangjiaba Dam. The large city of Yibin is in the upper right where the Jinsha Jiang meets the Minjiang and officially becomes the Yangtze River.