Wadi Kuf was the highest cable stayed bridge in the world for a third of a century until 2004 when France’s Millau Viaduct finally surpassed it. The bridge was also the highest of any kind on the African continent until 1984 when the Bloukrans arch bridge took the title.

The handiwork of Italy’s master bridge engineer Ricardo Morandi, it is also the largest of its kind - a rare type of cable stayed bridge that uses prestressed concrete stays instead of conventional wire strand stays. Morandi developed this unique type of stay as an extension of his skill with concrete and how it could be used in unusual ways. One advantage of this solution was the ability of the concrete to eliminate cable oscillations that can damage the connection points at the deck and the tower. Although Wadi Kuf has the largest span of any of Morandi’s dozen cable stayed bridges, his largest overall is the 5.4 mile (8.7 km) long Maracaibo or General Rafael Urdaneta bridge in Venezuela. Opened in 1962, it has 5 spans of 771 feet (235 mtrs). It is Morandi’s only cable stayed bridge that does not have prestressed concrete cable stays but steel locked-coil cables developed by a German builder.

The V-shaped struts you see protruding from the base of each tower on Wadi Kuf are a very common type of pier support Morandi used on many of his bridges including his only North American span, the Kinnaird bridge over the Columbia River in Castlegar, British Columbia, Canada. Morandi’s last cable stayed bridge was built in 1977 in Potenza, Italy. He died in 1989.

The Wadi Kuf was given a rehabilitation in 1999 largely due to ground movements that were affecting the suspended midspan. The stays were also strengthened with additional outer cables and new bearings and joints were installed. 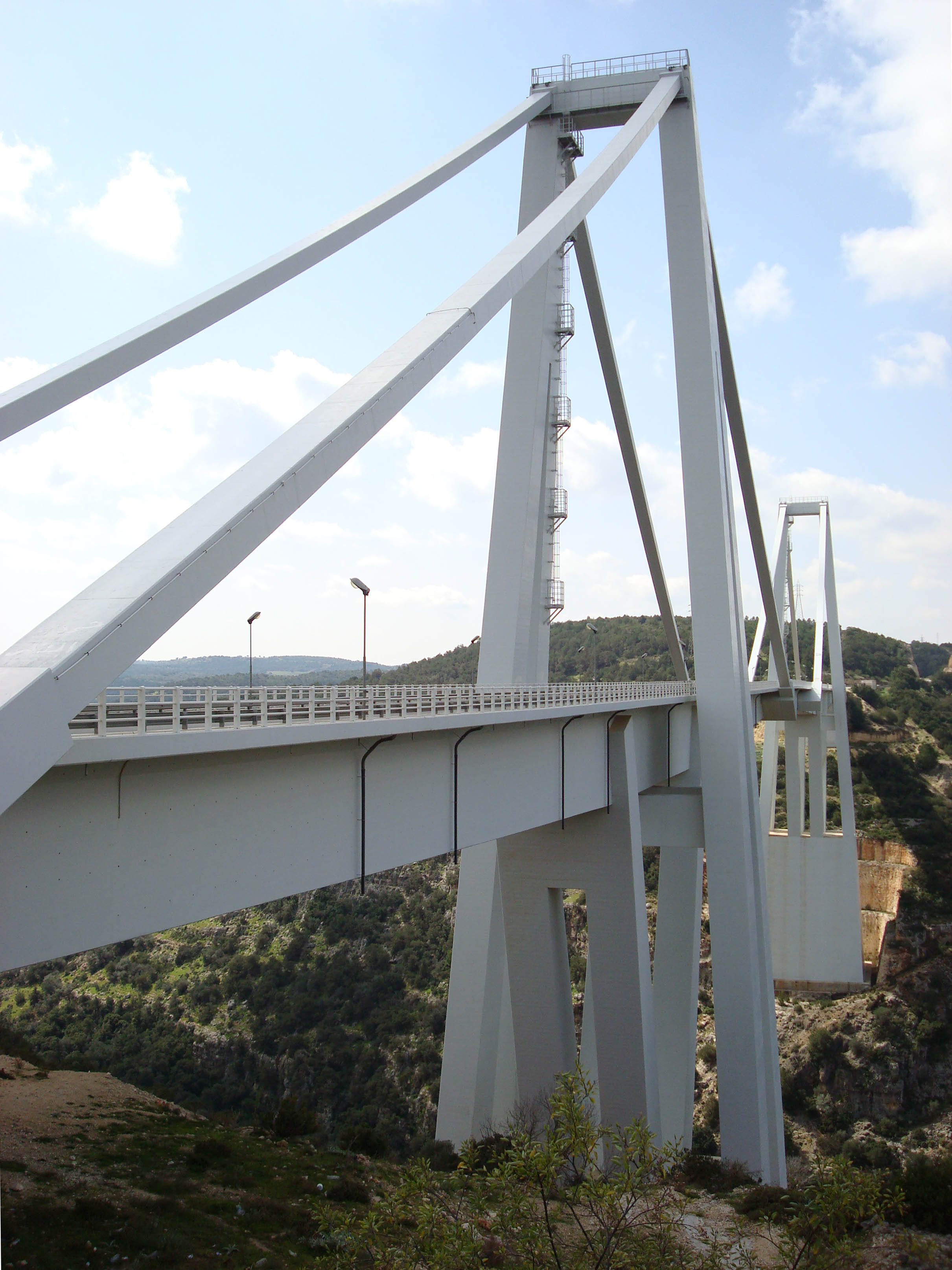 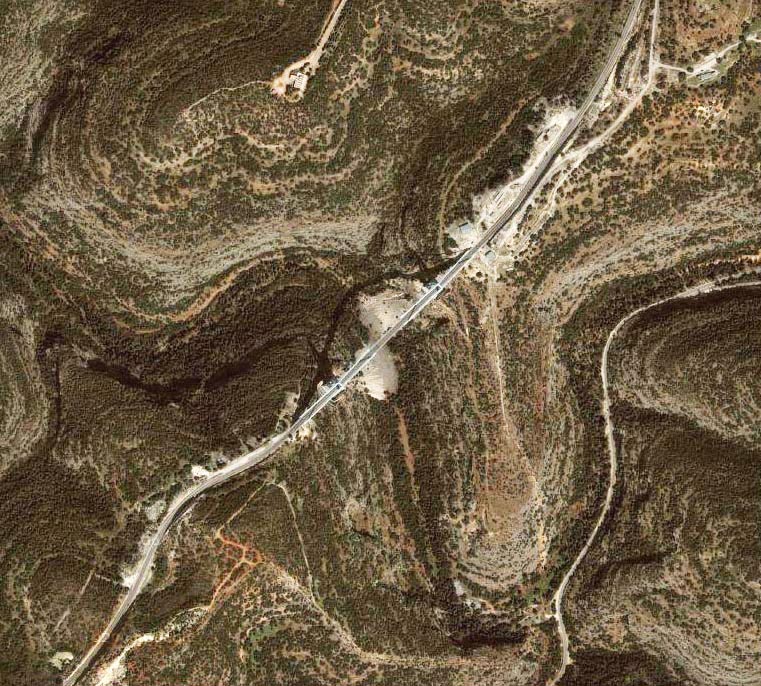