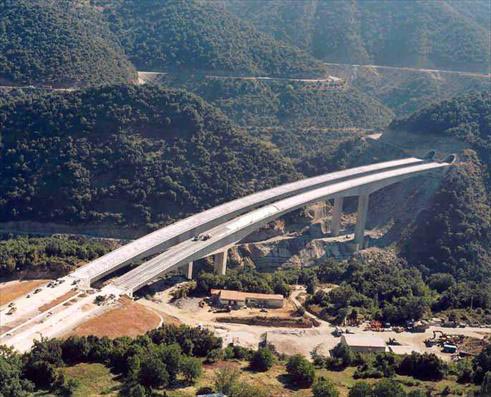 The largest road construction project in the history of Greece, the Egnatia highway runs east-west across most of the country and required the construction of several large bridges. The second highest is the Votonosi bridge with its gargantuan main span of 755 feet (230 mtrs). Even in the United States there is no concrete beam span that large. Constructed in 3 to 5 meter sections by the free cantilever method, the 3-span bridge crosses some 328 feet (100 mtrs) above the Metsovitikos River near Metsovo.

Construction began in the mid-1990s on the motorway which will have more than 1,600 bridges and dozens of tunnels when the entire 423 mile (680 km) route is completed by 2009. The ambitious highway now connects 4 major ports and 6 airports as well as links to Albania, Bulgaria, Macedonia and Turkey. 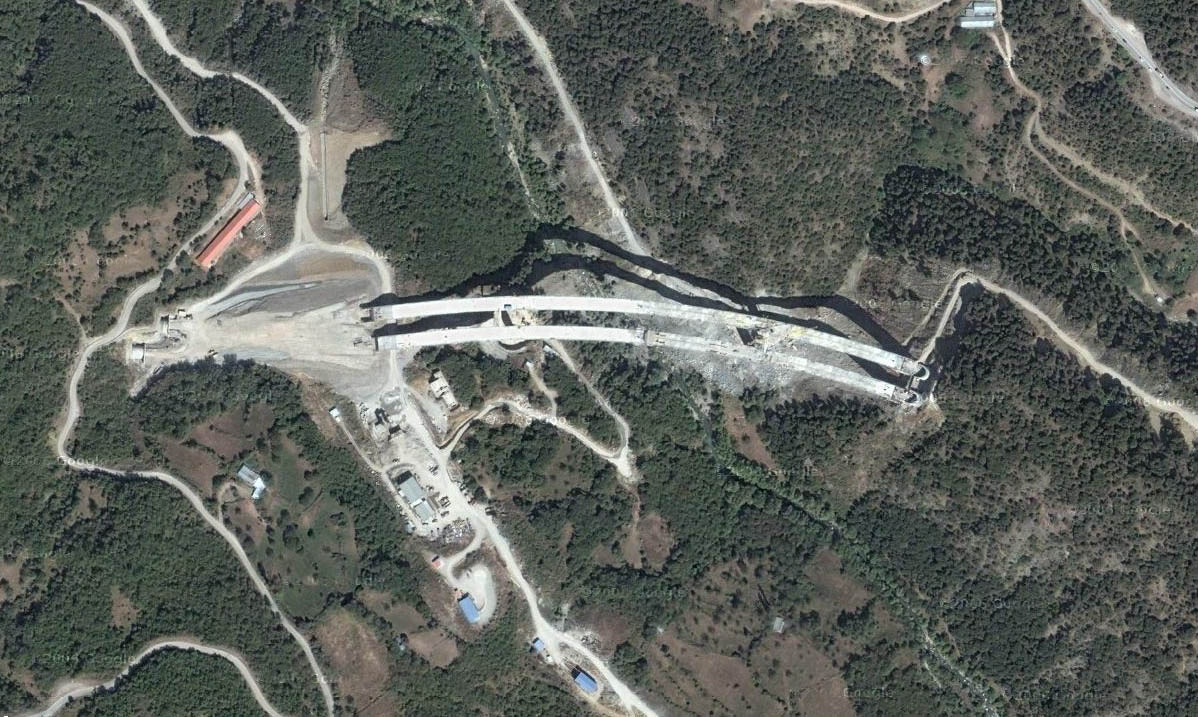