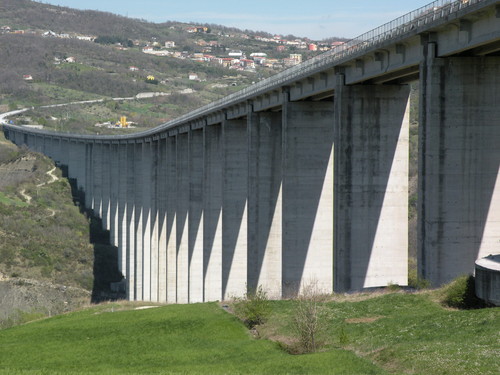 Verrino Bridge is one of two high level bridges near the town of Agnone in a remote part of the Molise region of Italy. The giant 1,584 meter long viaduct contains a seemingly endless succession of towering piers separated by 45 meter spans.

Several kilometers to the north is the spectacular Sente Bridge with Italy's tallest bridge pier ever at 165 meters.

Also not to be missed just east of Agnone is the partially completed Viadotto San Lorenzo. Construction reportedly began on this bridge back in the late 80s before corruption caused a halt to the project just as the piers were being finished. Since then there has been no progress on the installations of nearly a kilometer of 40 meter beam spans. 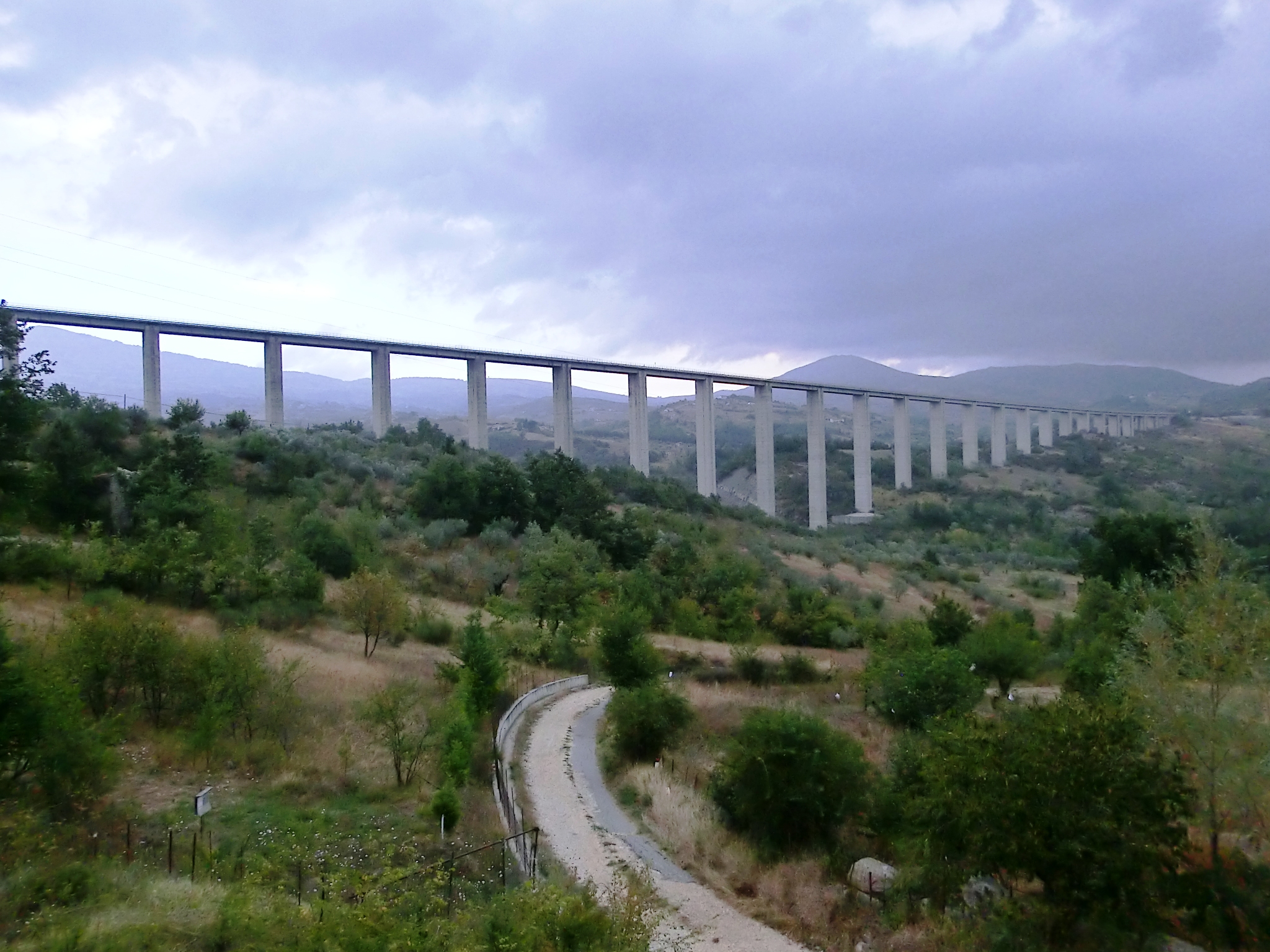 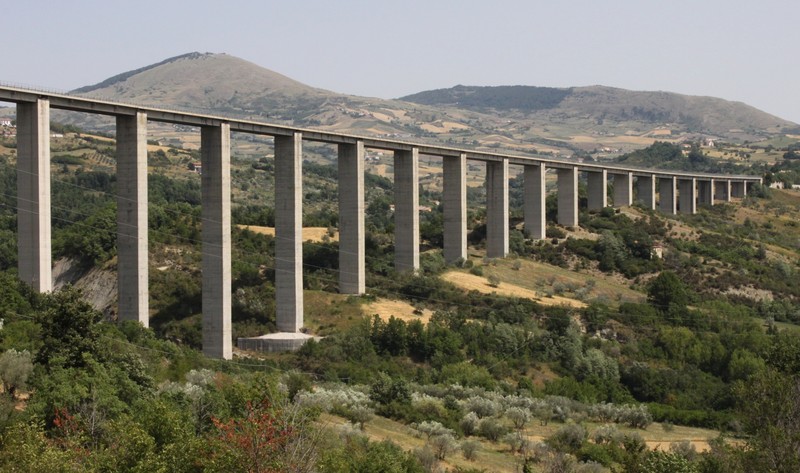 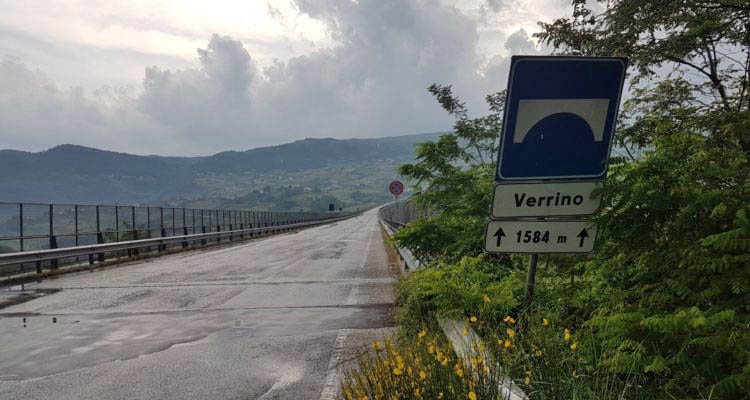 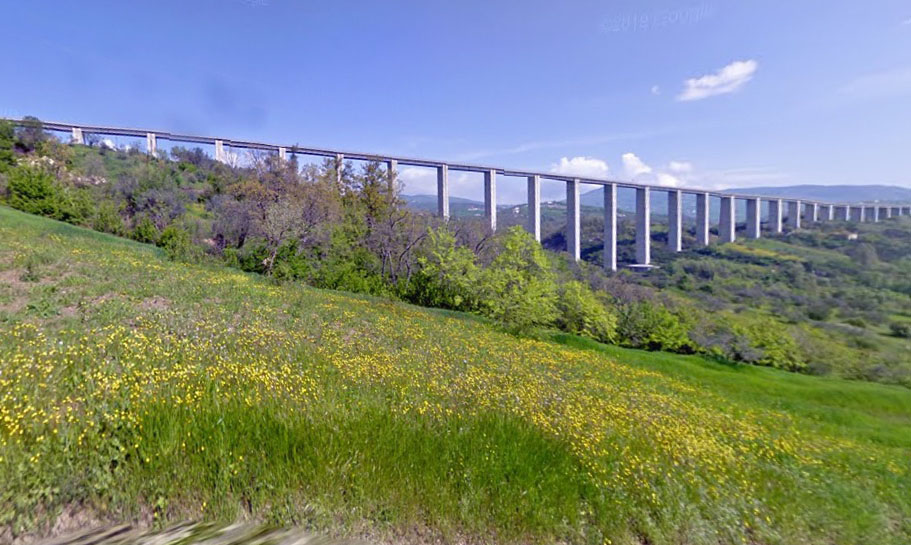 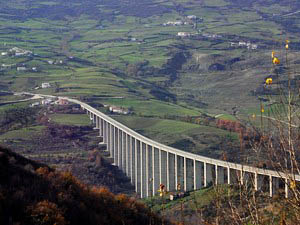 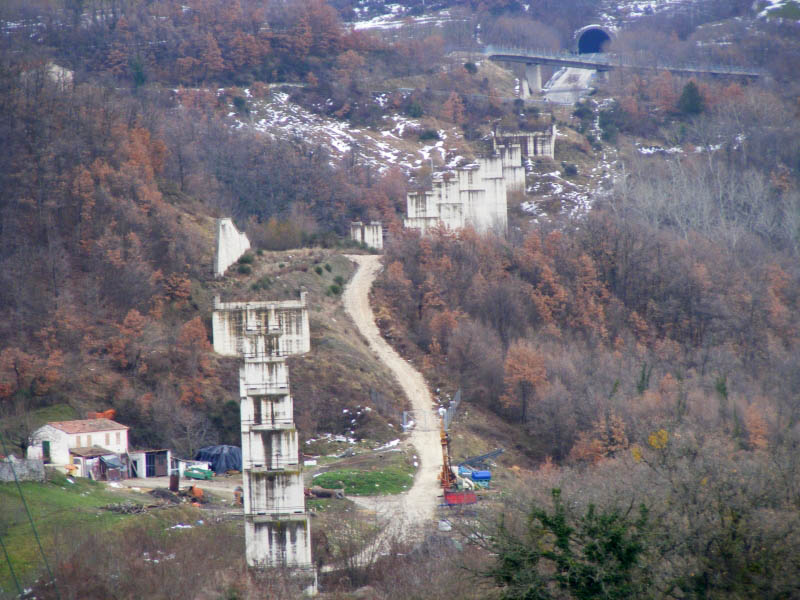 The lonely piers of the unfinished San Lorenzo Bridge. 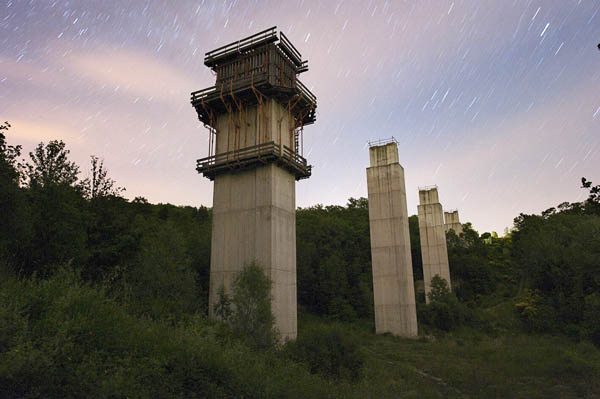 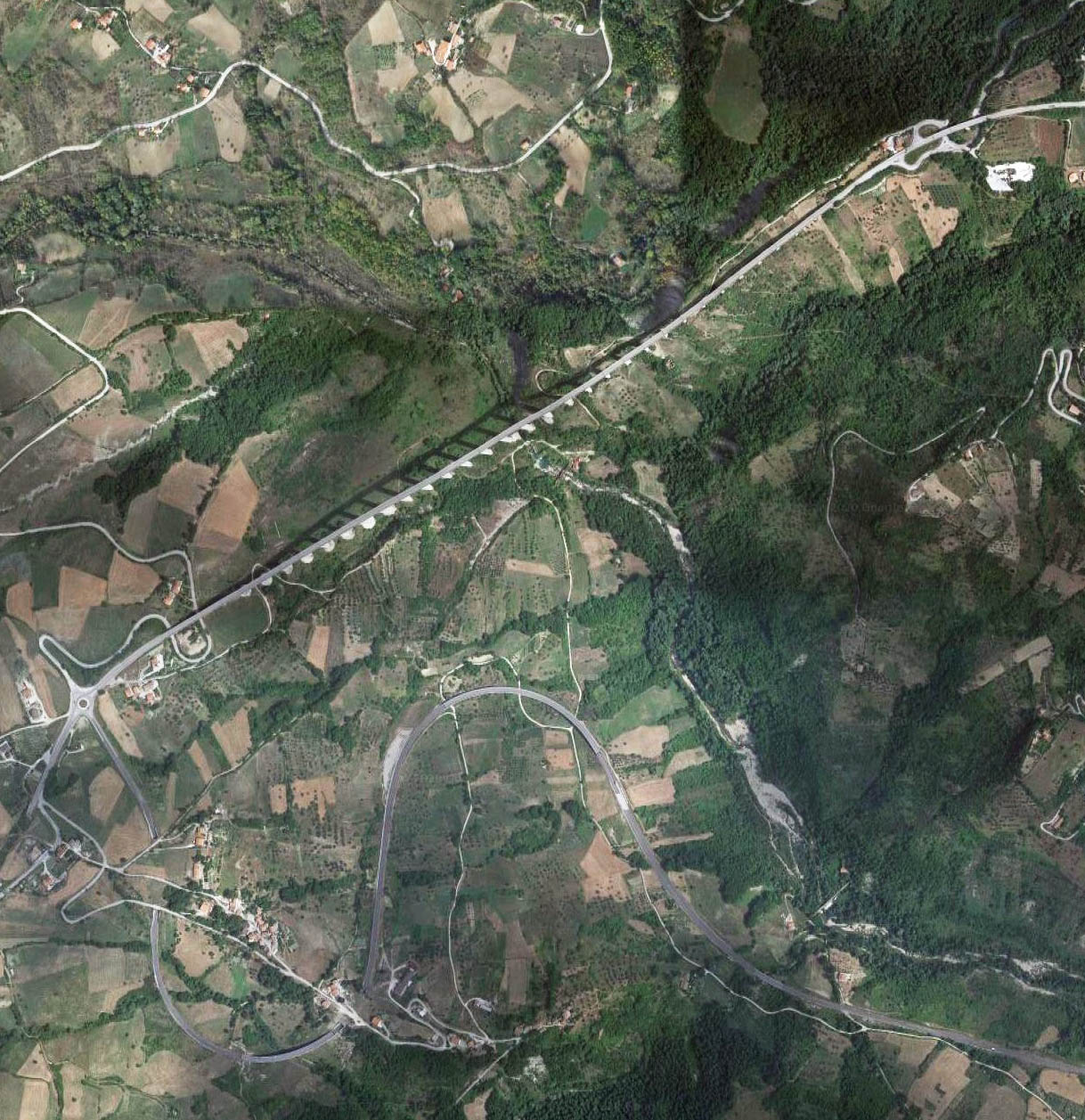 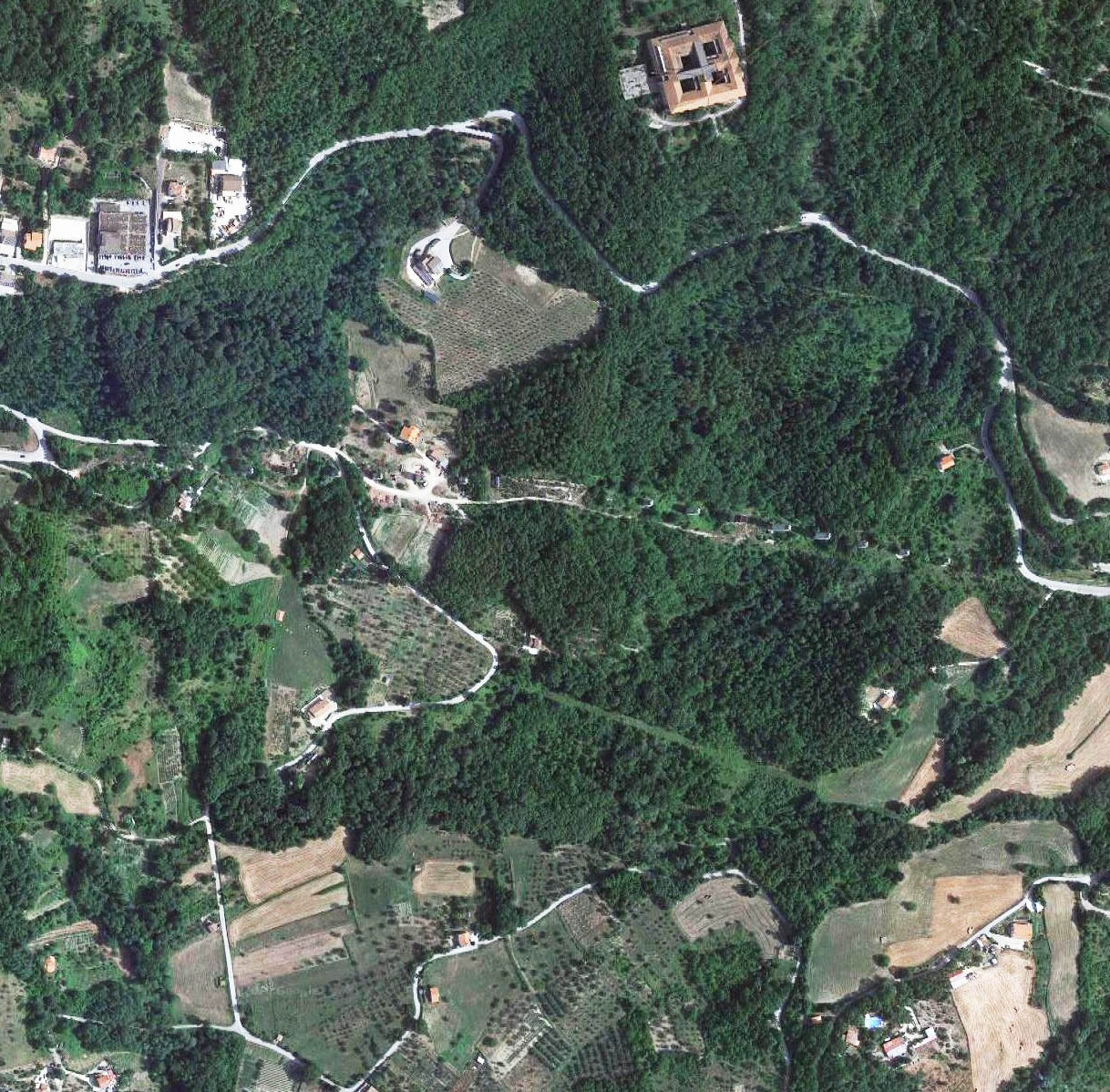 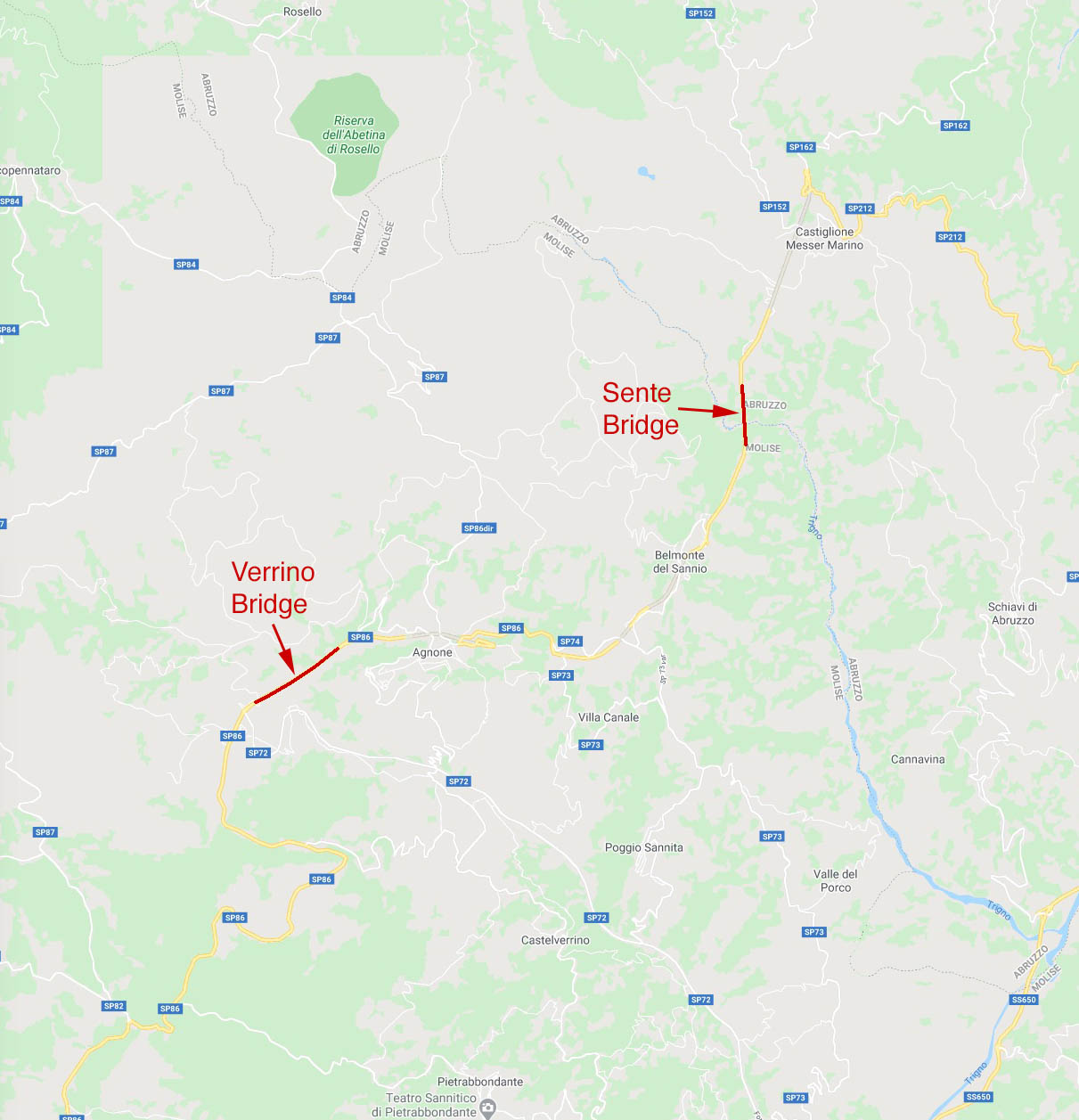