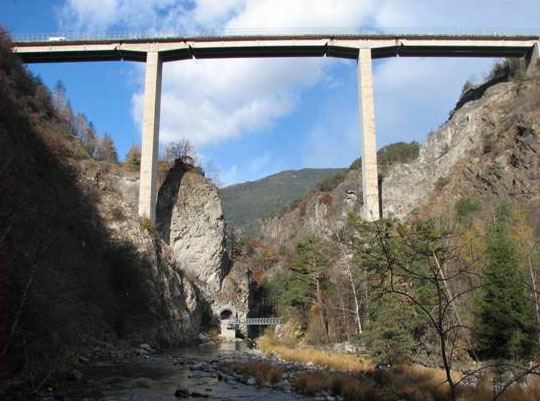 The Val Pusteria Bridge marks the very start of the southern end of the 2-lane route SS49 / E66. The simple 4 beam structure has a main span of 60 meters that is composed of a 40 meter beam resting on two 10 meter bench chairs that are part of the pier tops.

There is no official name for the Val Pusteria Bridge which crosses the Isarco River.

Plans are underway for a parallel metro line arch val di Riga railway bridge with a span of 172 meters for a bypass along the Ferrovia della Val Pusteria / Pustertalbahn that originally opened in 1871. 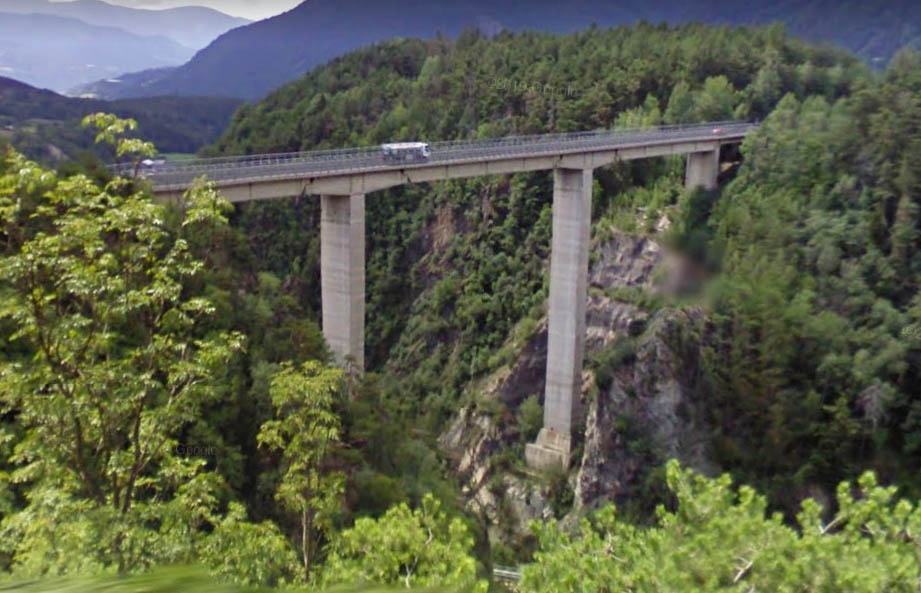 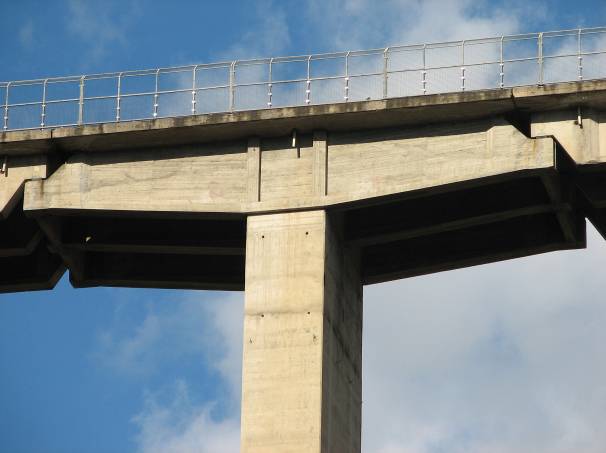 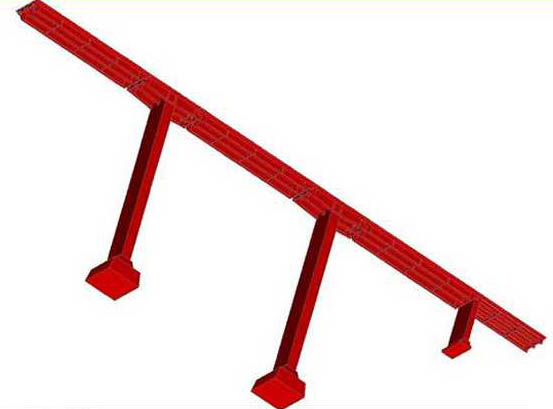 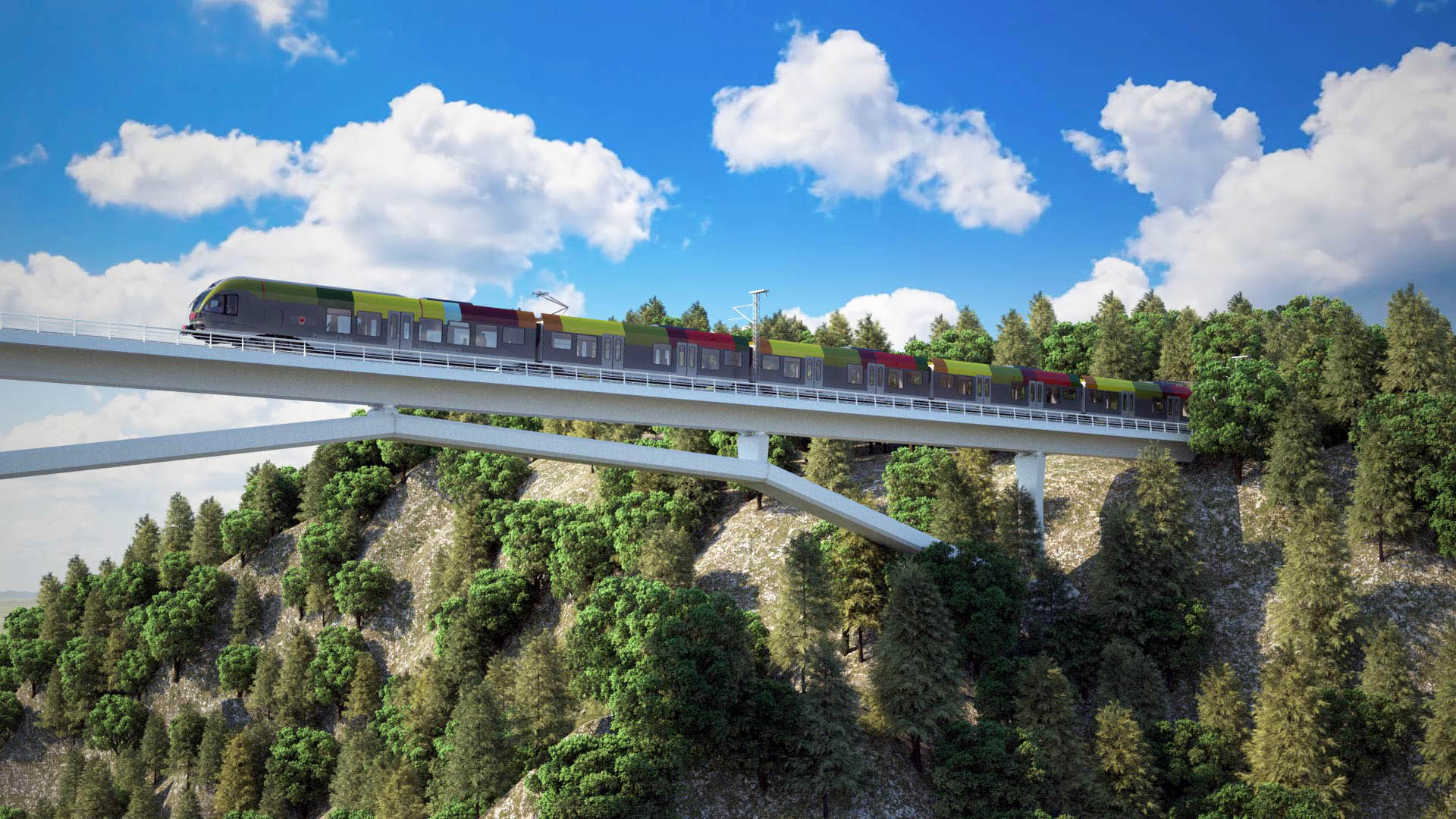 Planned crossing of the Isarco River on a bypass section of the Ferrovia della Val Pusteria. 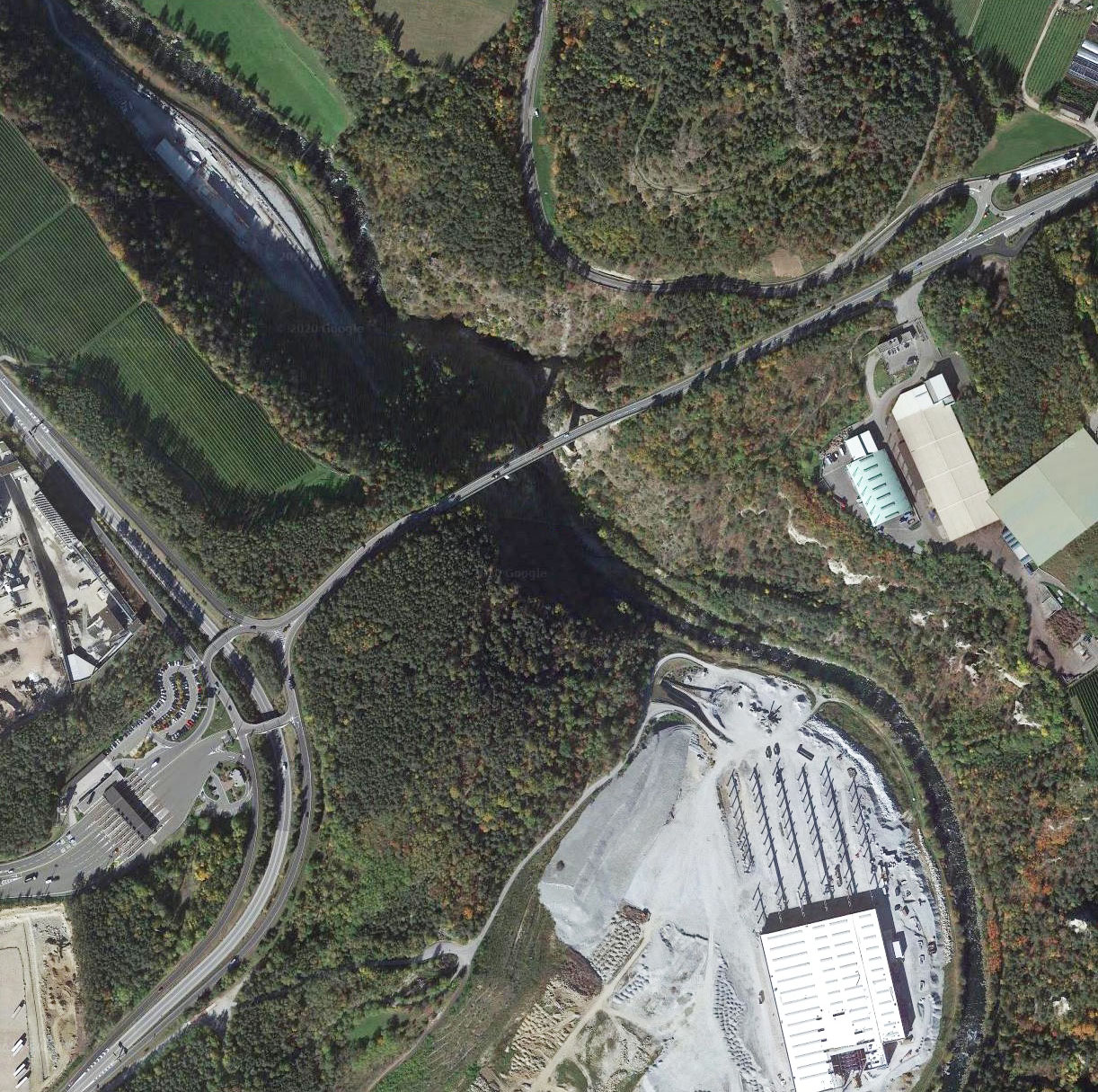 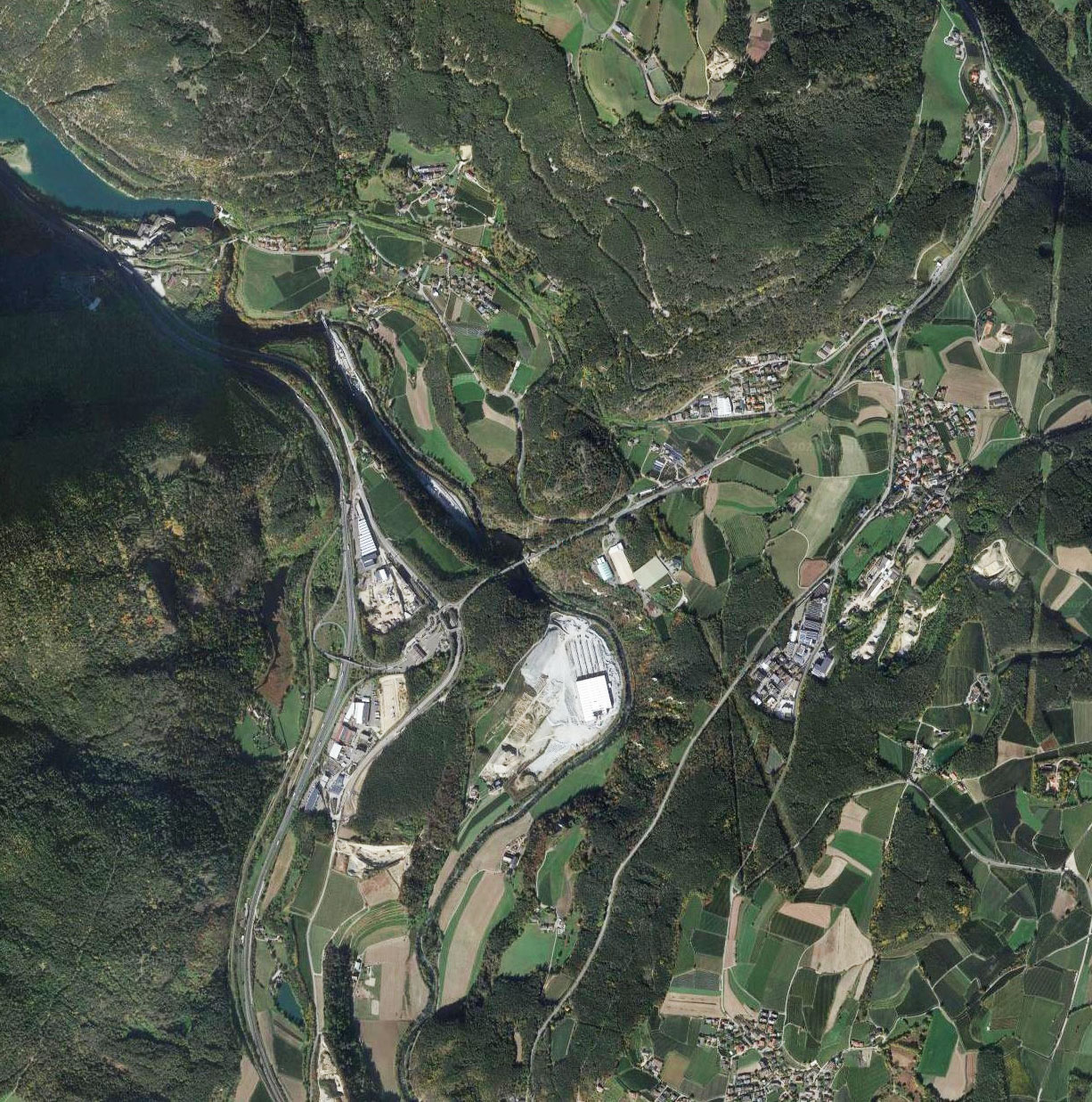 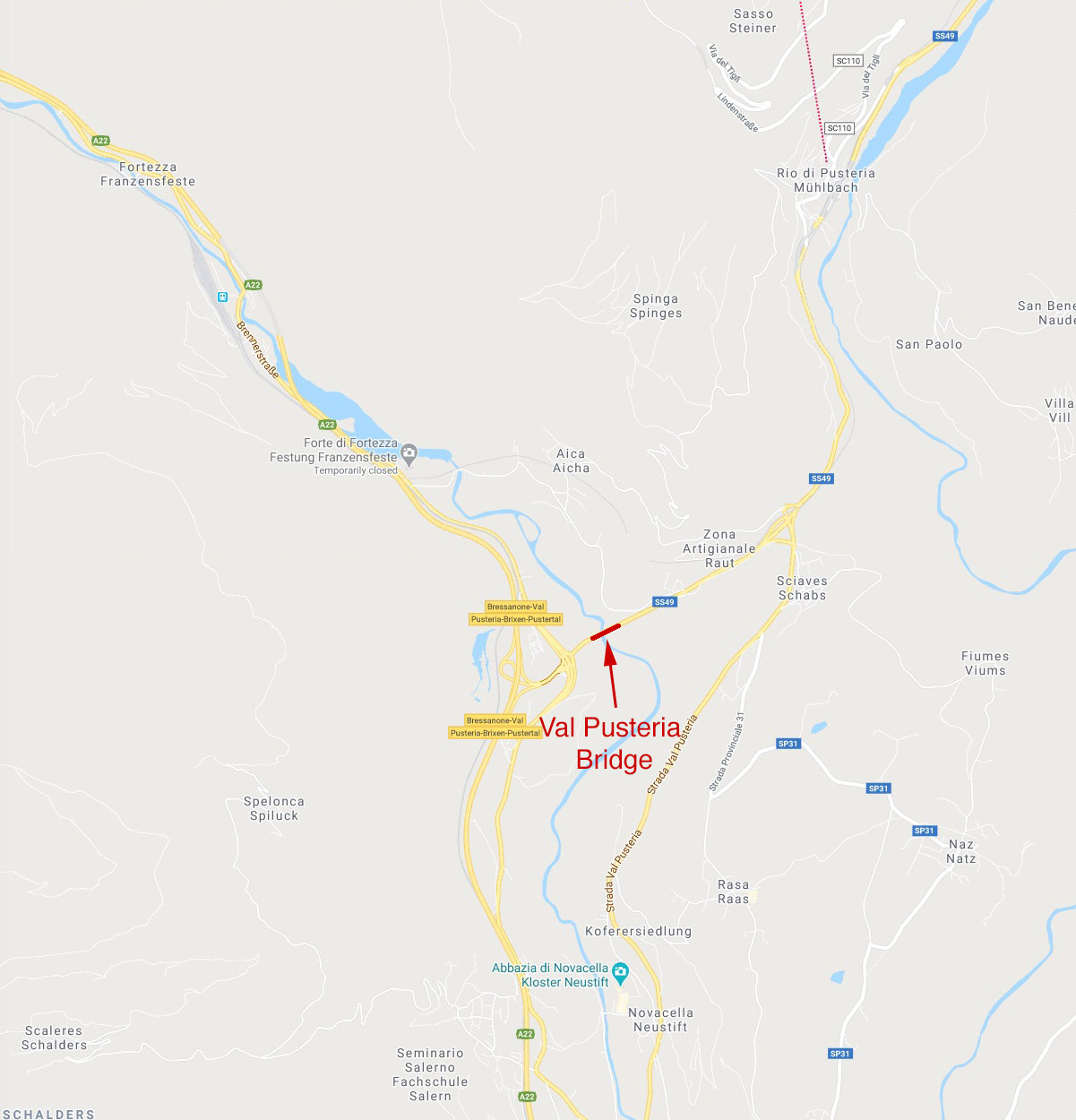 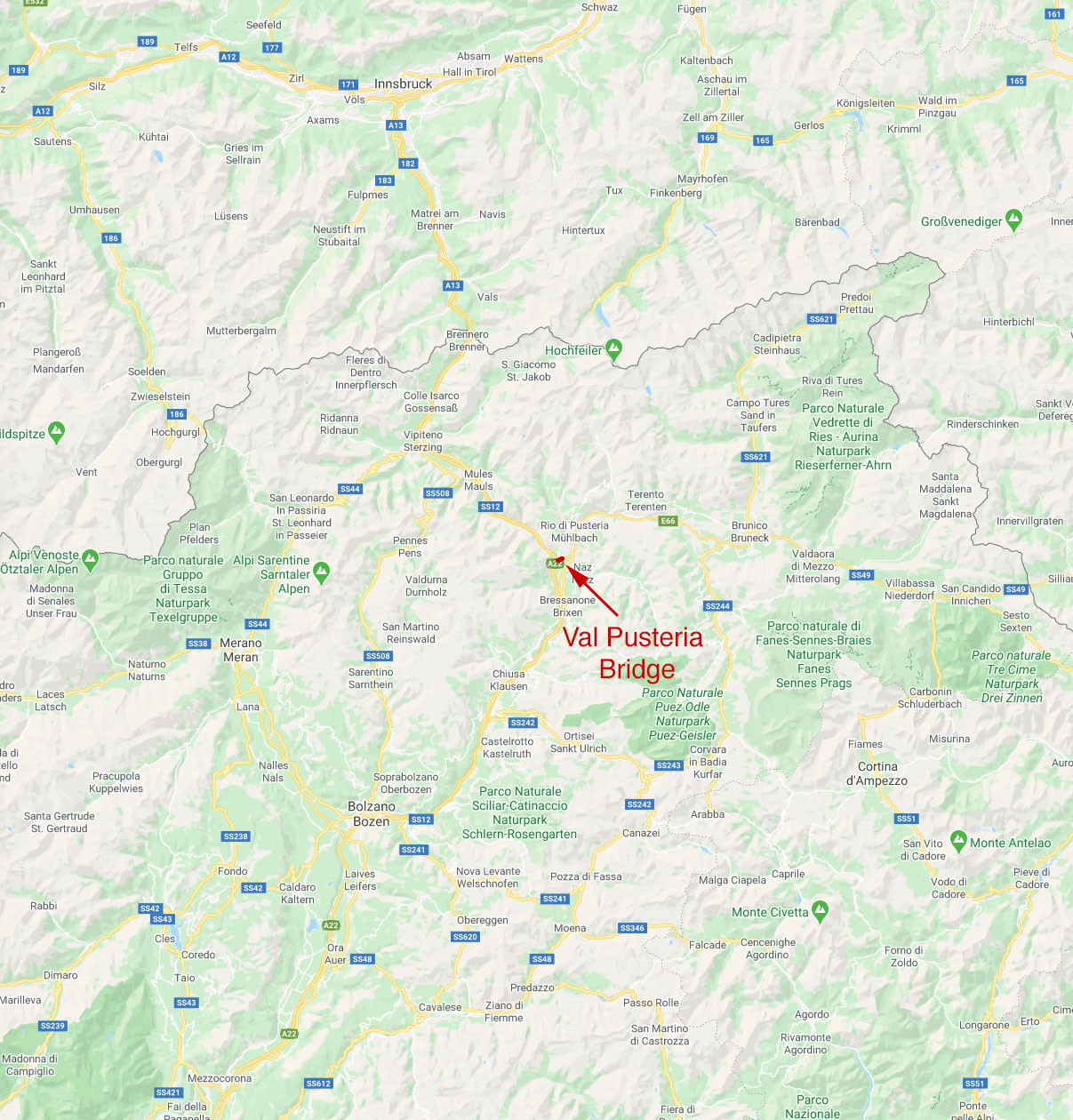