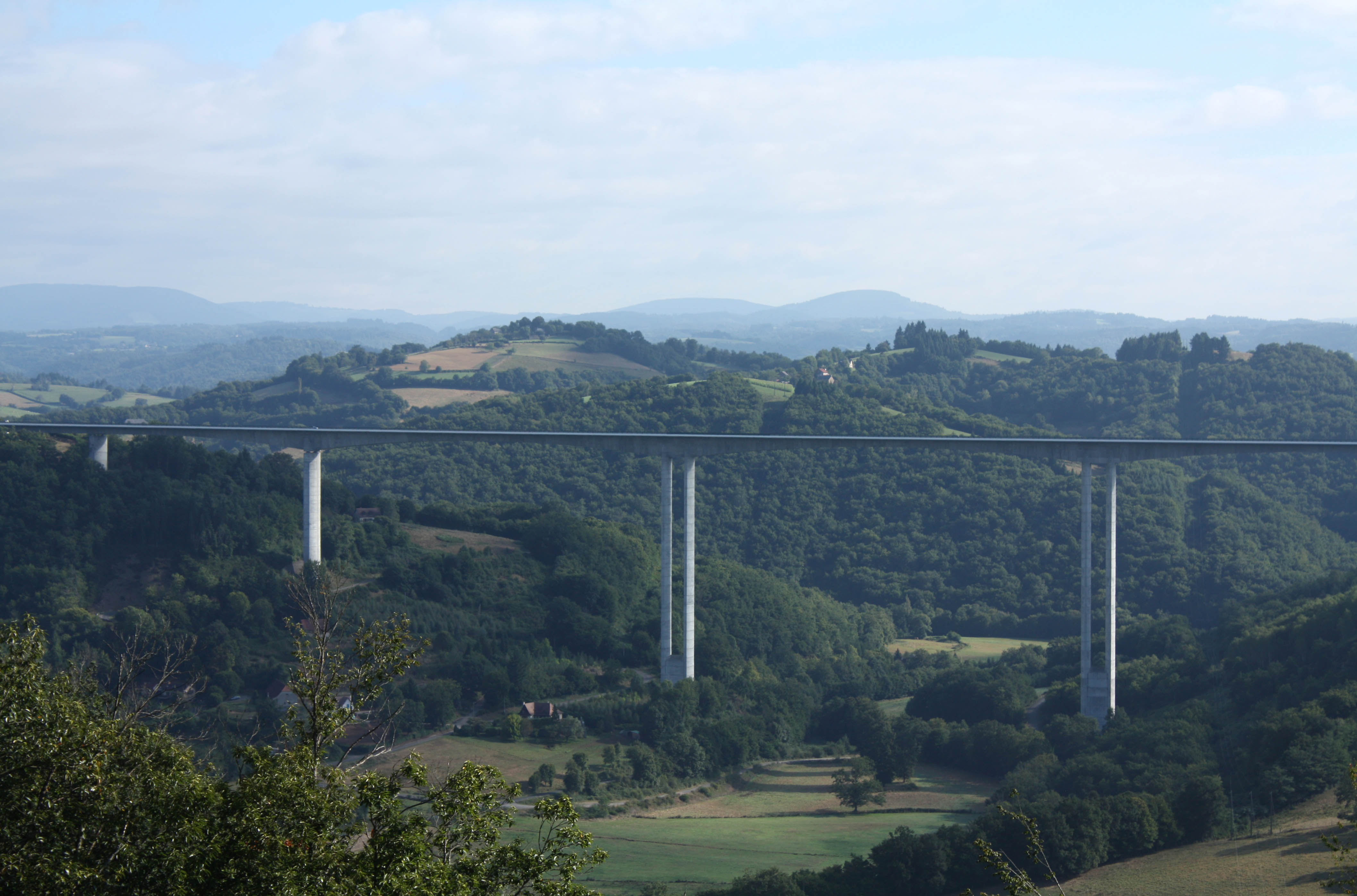 No other country seems to design tall bridge piers better than the French. A case in point is the towering Tulle viaduct. Soaring across the wide Corrèze River valley on the A89 motorway, the bridge has twin celled pier supports with a curved, aerodynamic shape that gives the entire structure a light, airy feel. Even the bulky bases are stealthy looking with a scalloped curve taking the scoop out of what might have been just another boring box. This more dimensionally dynamic shape changes the feel of the bridge depending on your vantage point. When viewed straight on, the supports look almost round while a profile view shows a sharper edge - poised to cut the air daring to pass through it.

While not as exciting visually, the large 591 foot (180 mtr) long spans are well proportioned with a time tested trapezoidal cross section that drops a shadow beneath the deck and hides some of the concrete mass. Charles Lavigne and Alain Montois were the architects while Michel Duviard was the structural engineer. The design is credited to engineering firm Jean Muller International, a company whose founder is one of the most influential engineers in the history of modern day prestressed concrete beam bridge development. Many other options were studied for the crossing including longer and shorter routes as well as higher elevations. In addition to beam bridge proposals, there were several cable stayed designs and even an arch with a span of 1,444 feet (440 mtrs). 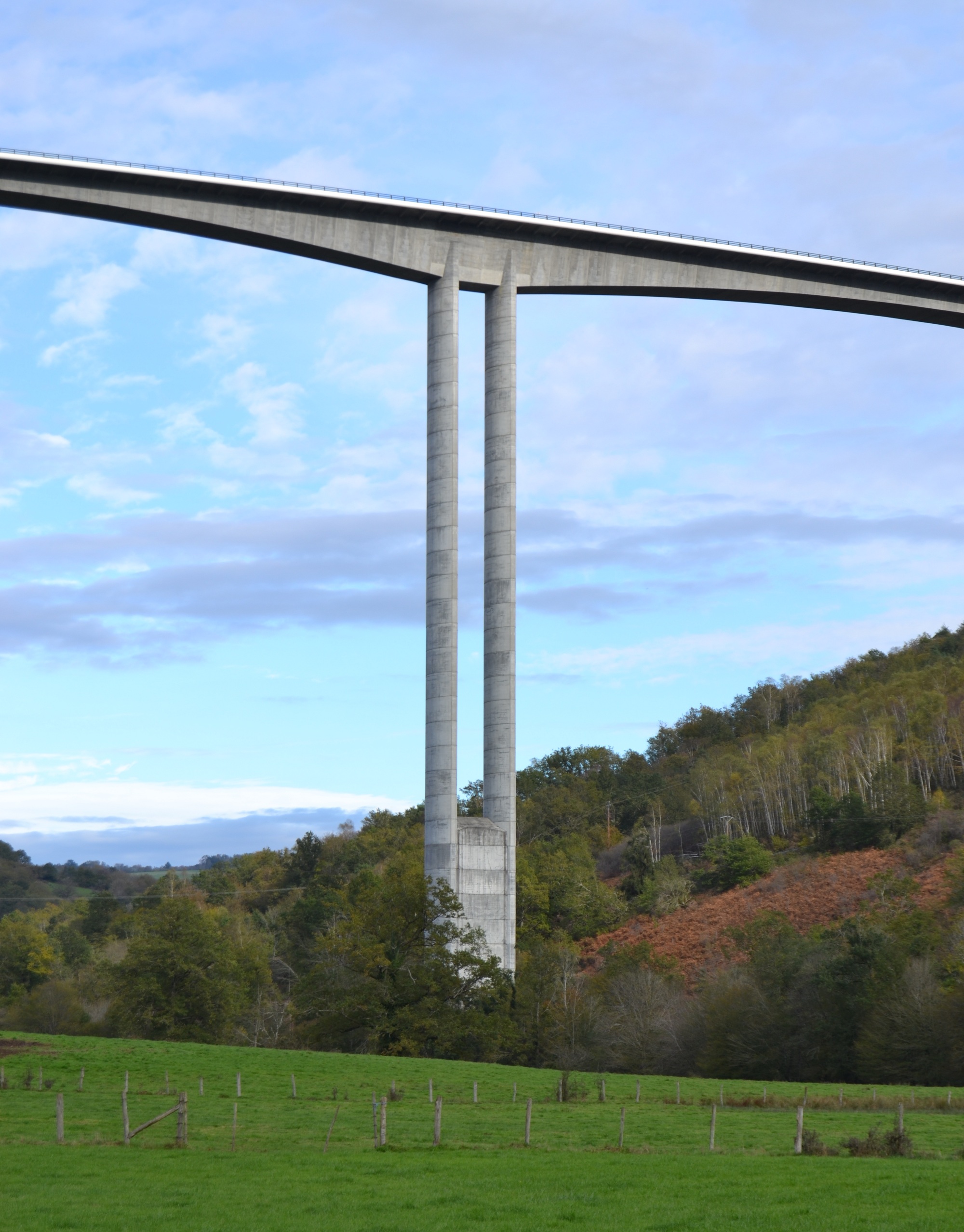 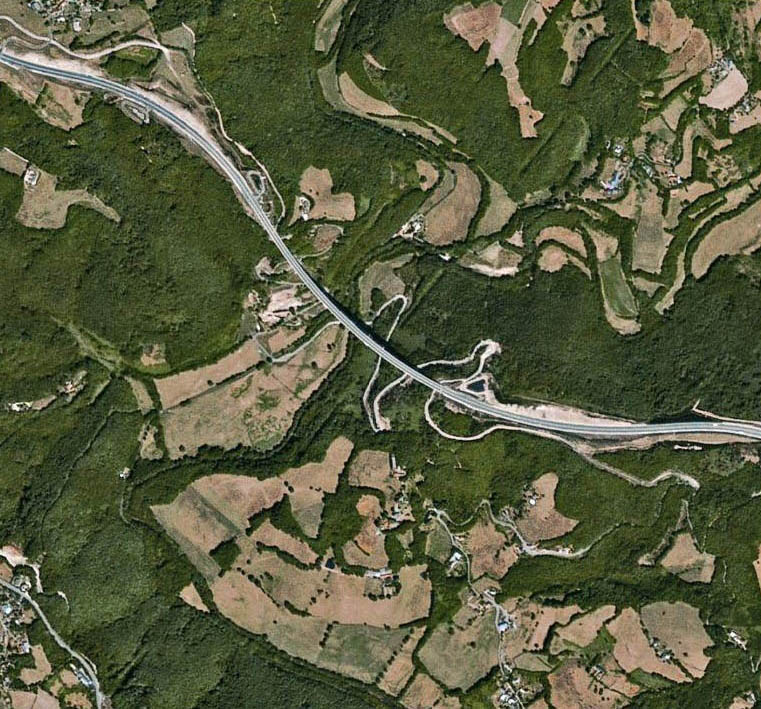