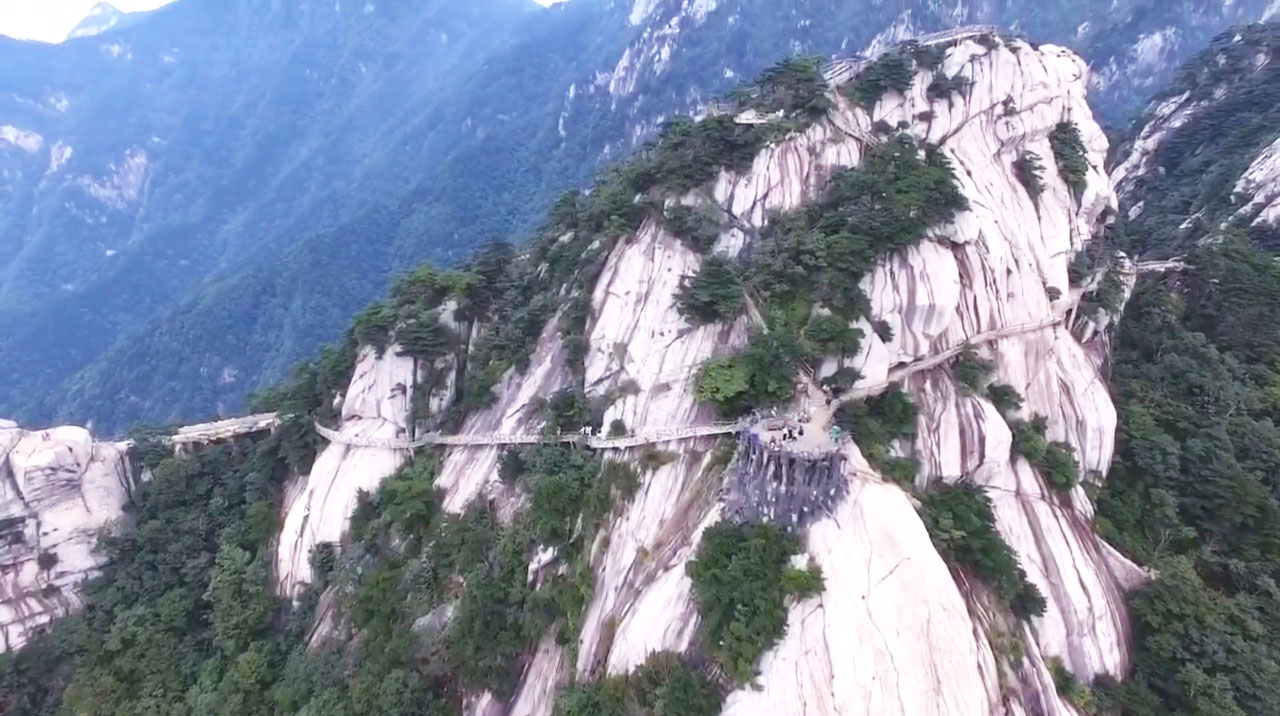 The main cliffwalk group is located upon the second highest peak of the Dabie Mountains on the border between Hubei and Anhui Province where the elevation rises to 1,729.13 meters (5,673 feet) above sea level. Much of the concrete cantilevered walk is covered in glass.

A more recent addition to the cliffwalk is a 145 meter tall elevator that allows tourists a quick lift up and out of one of the river valleys. The steel truss structure is an interesting bit of engineering but it does make one wonder why China does not have more mountain funiculars that are well suited to steep slopes and blend more easily into the environment.

The north group of cliffwalks is located along a section of the Linan River gorge. 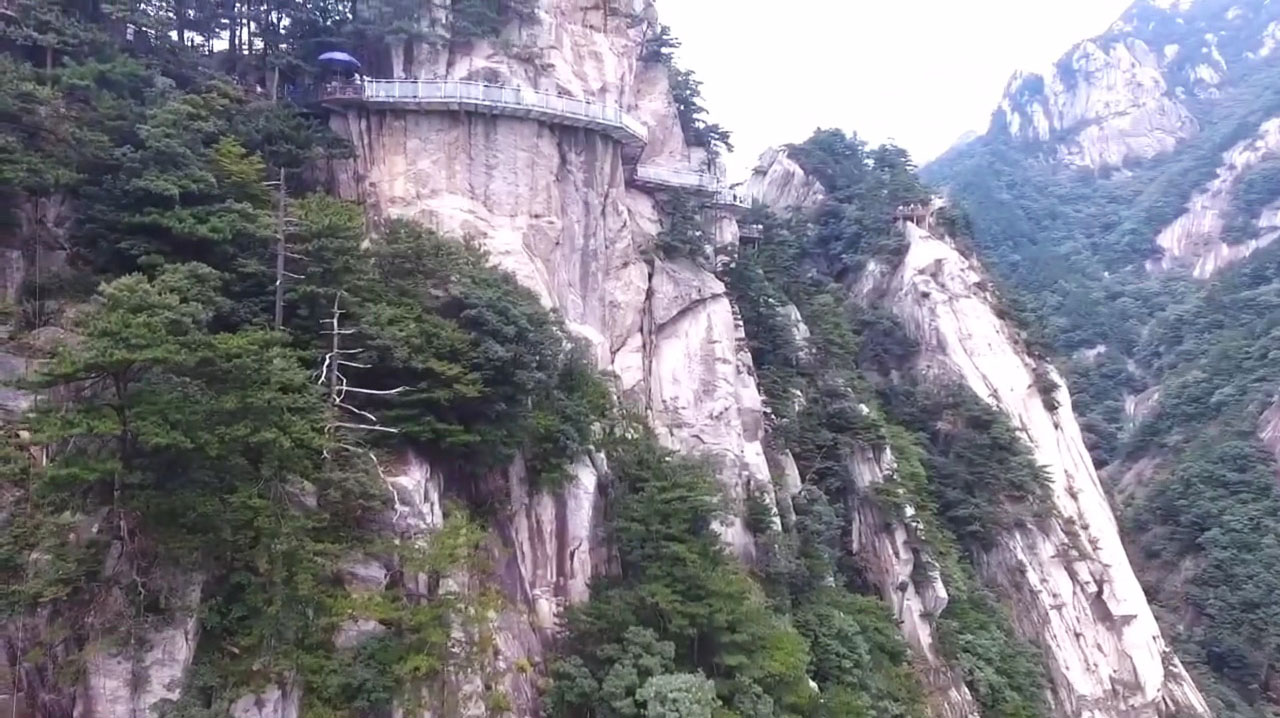 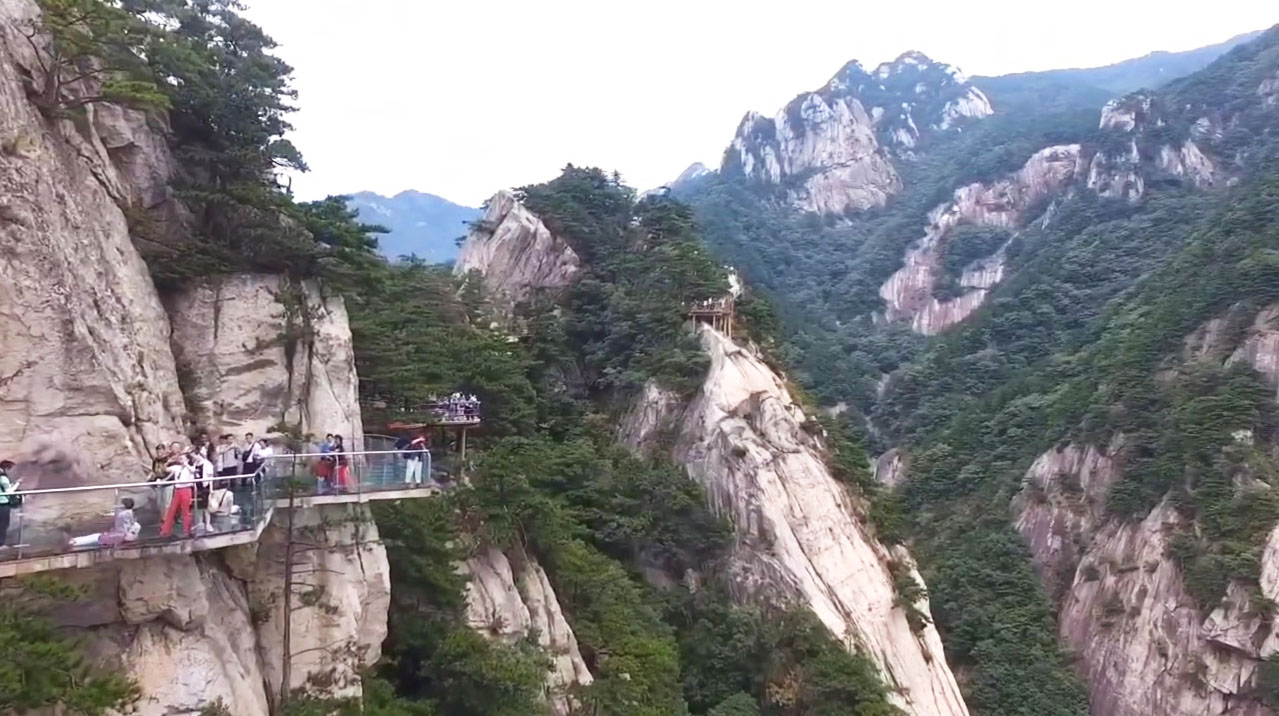 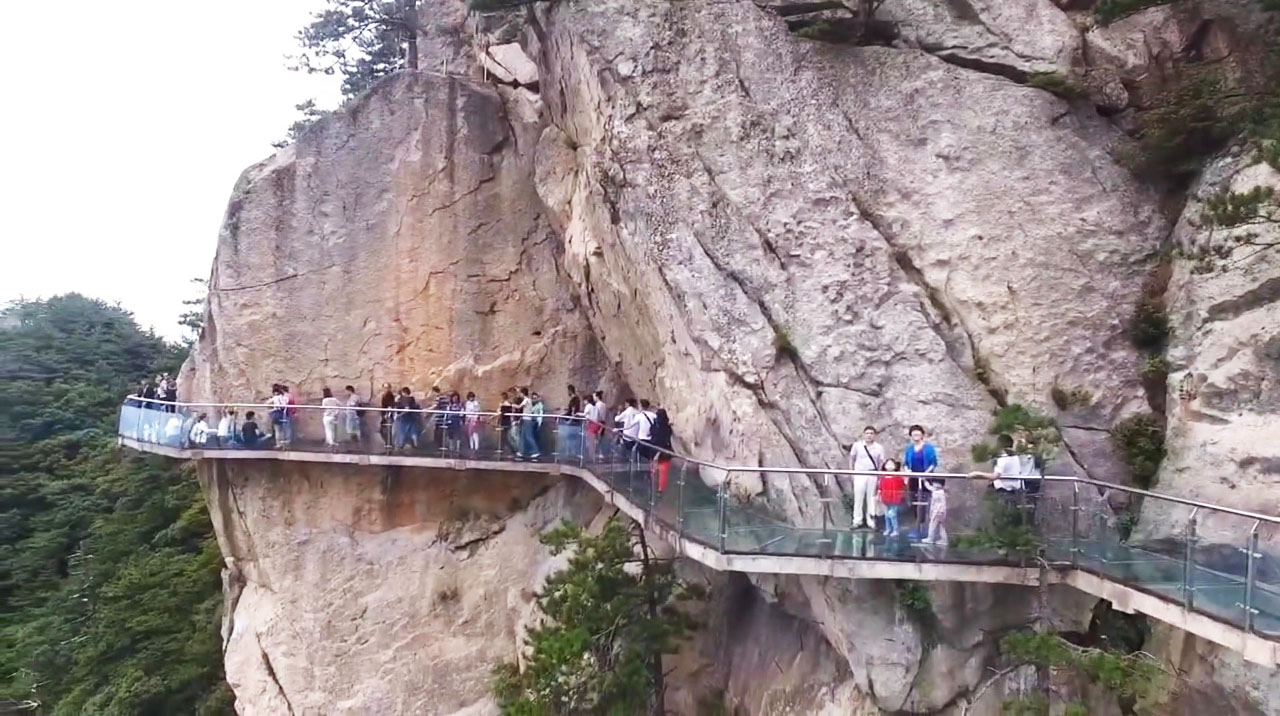 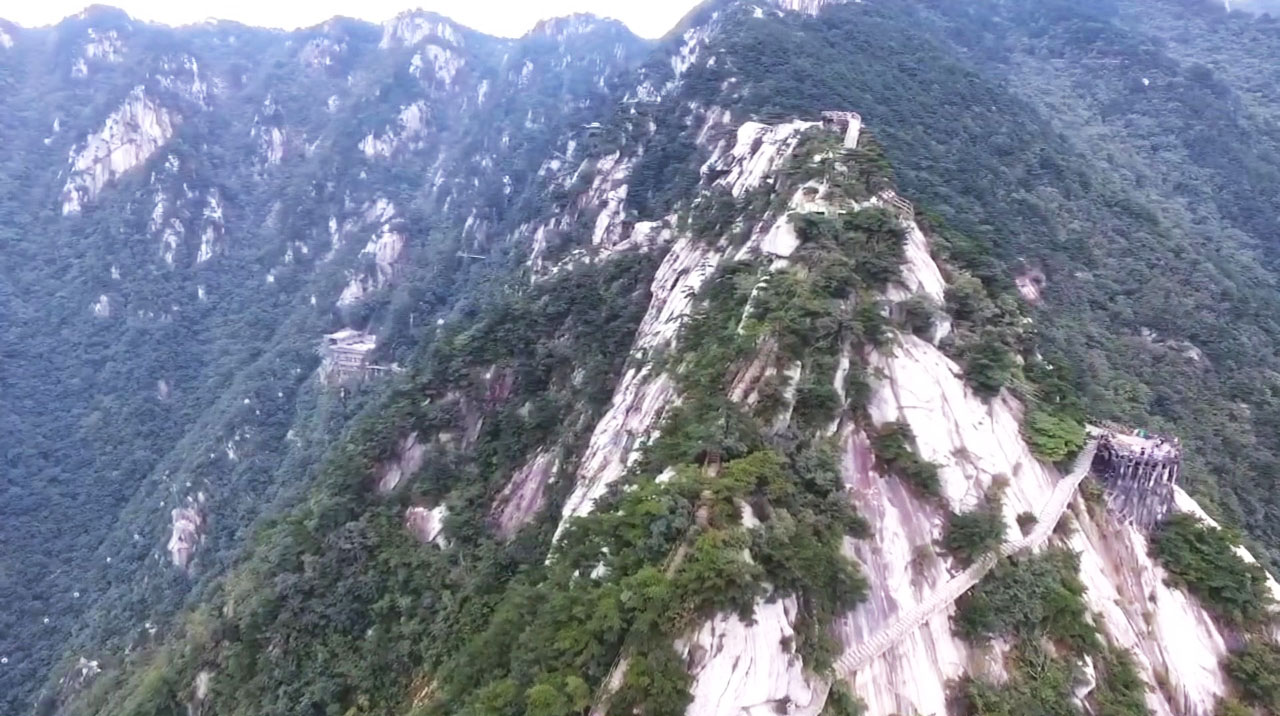 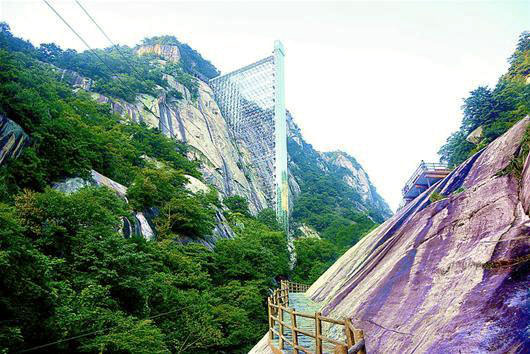 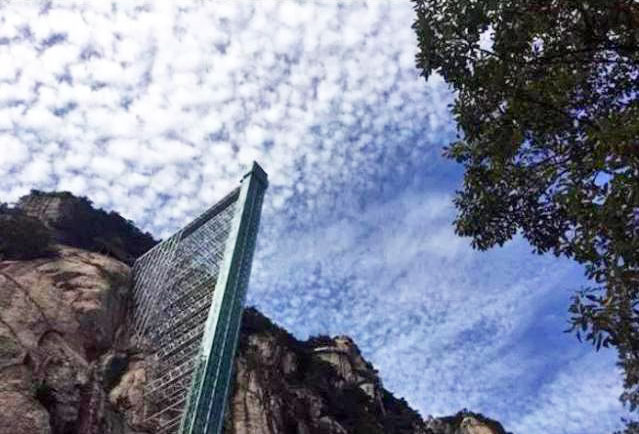 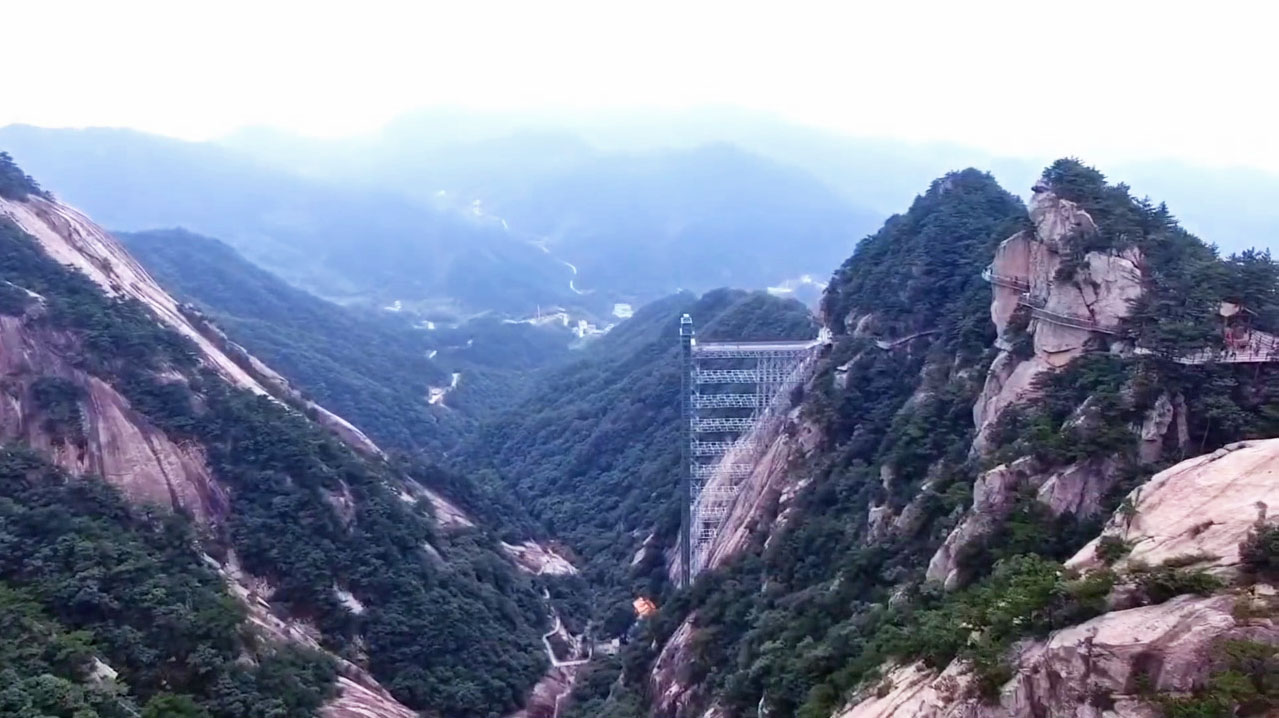 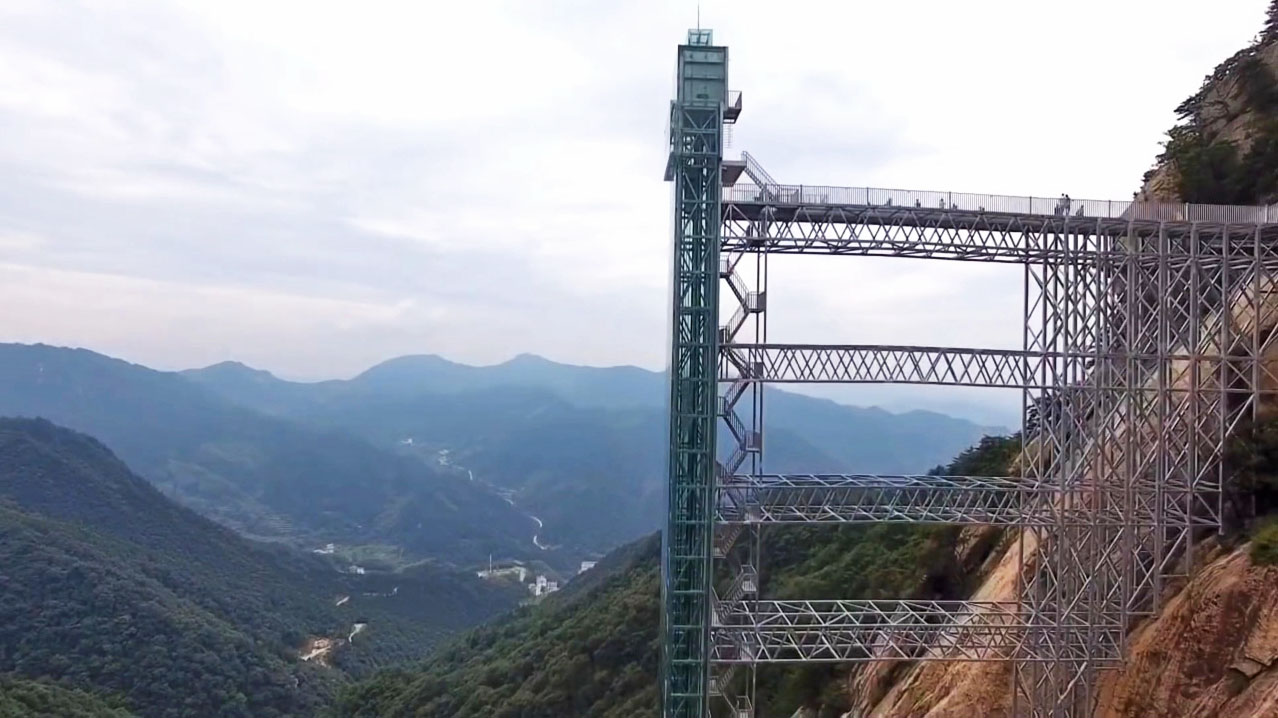 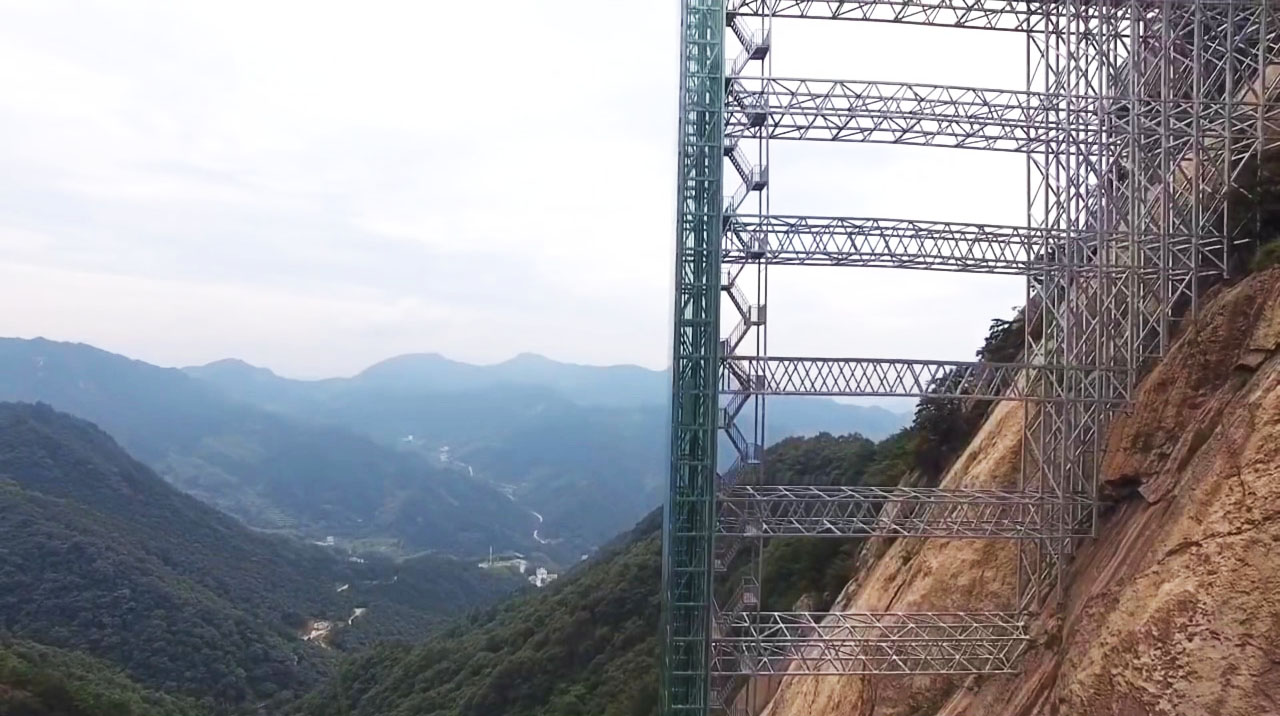 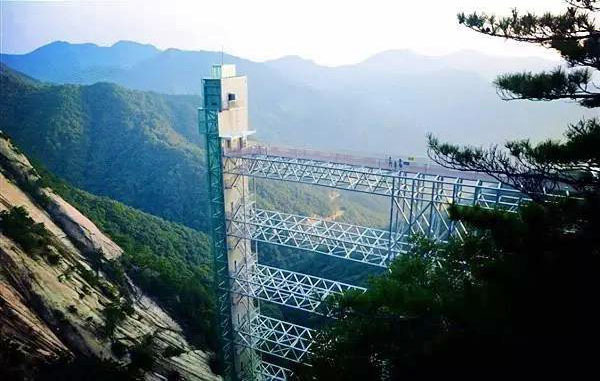 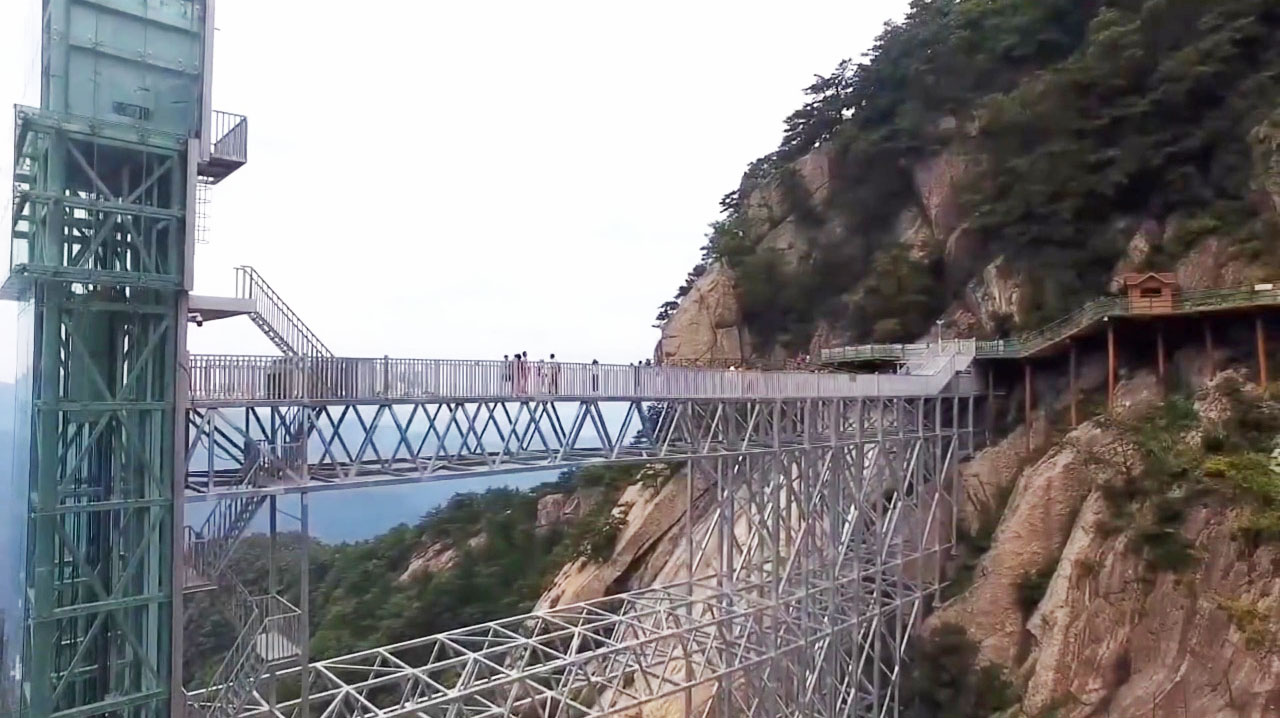 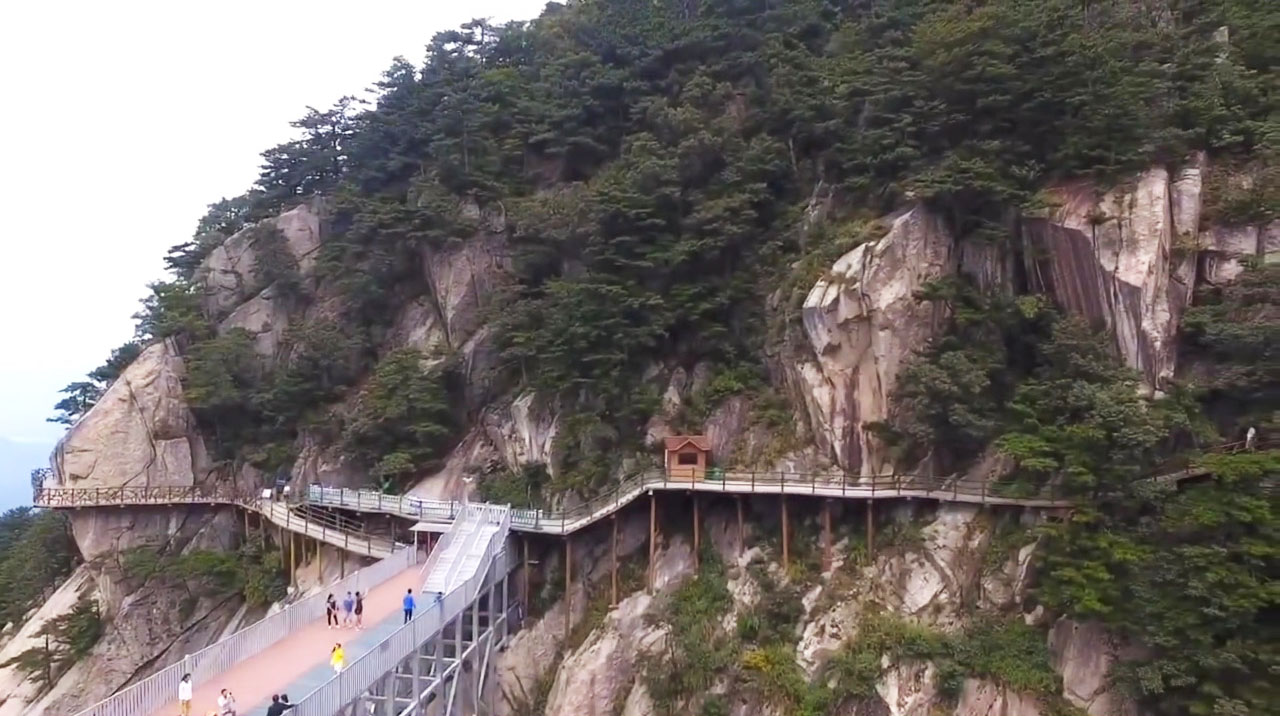 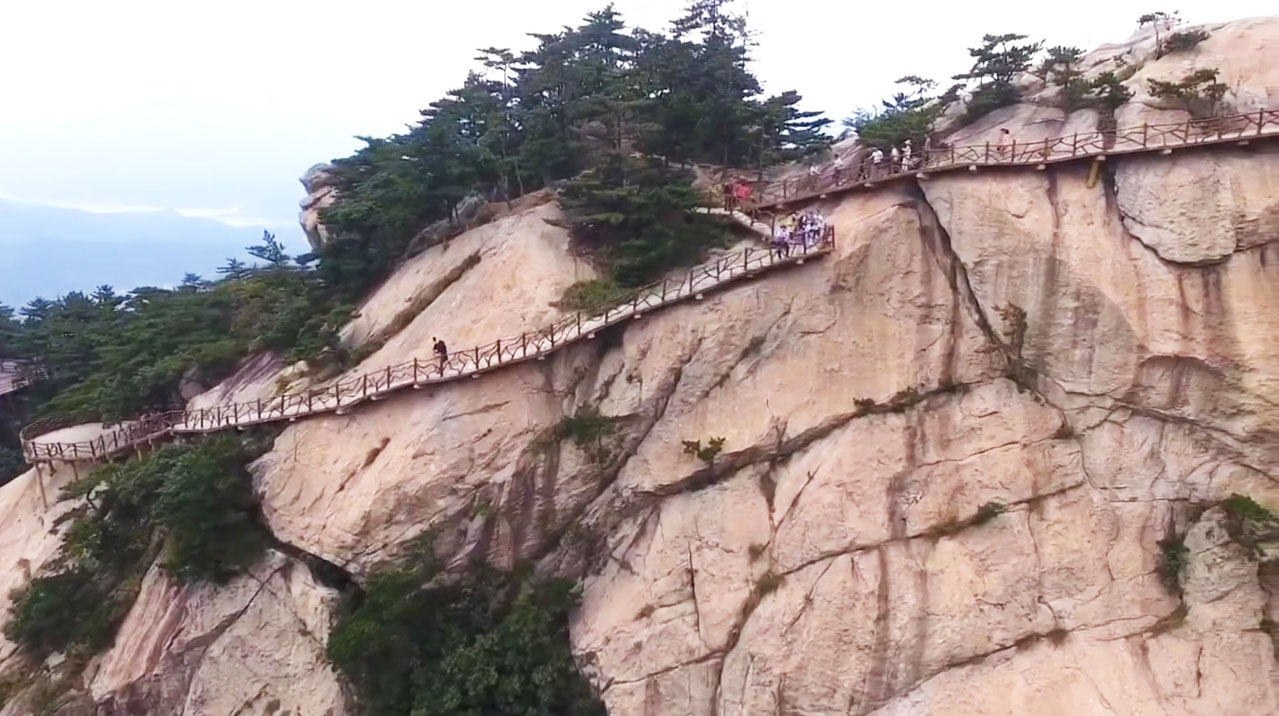 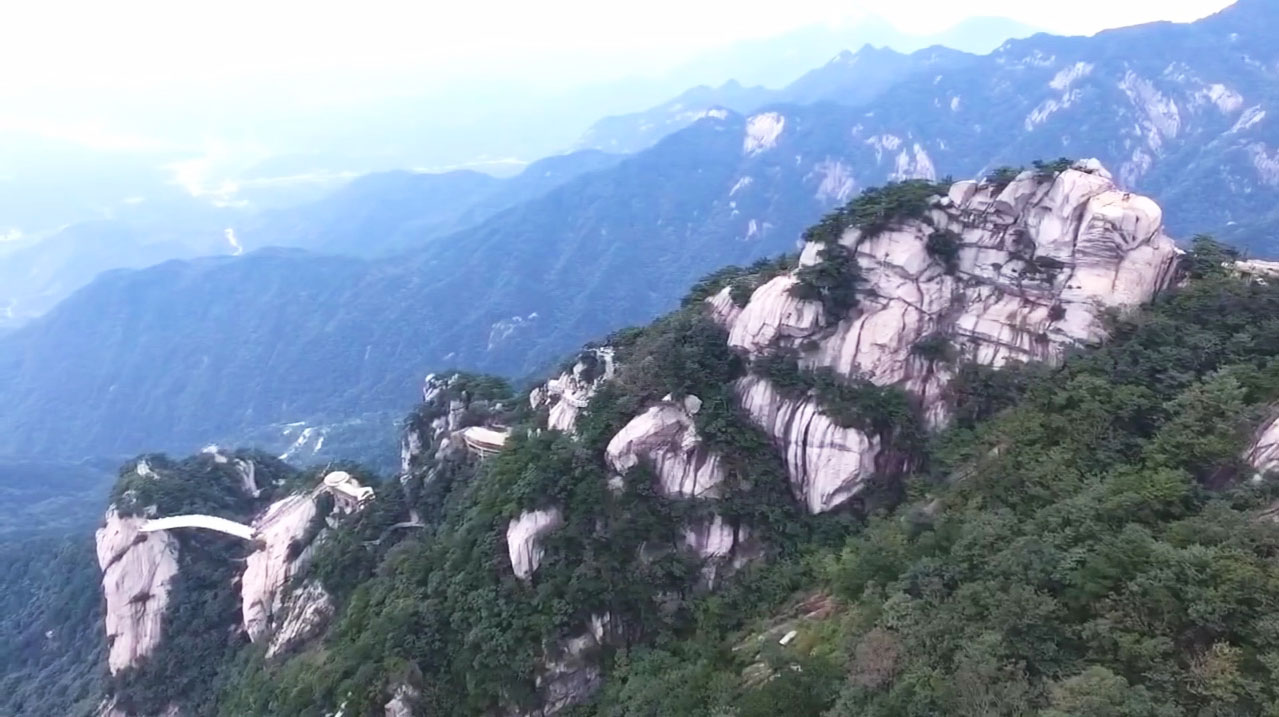 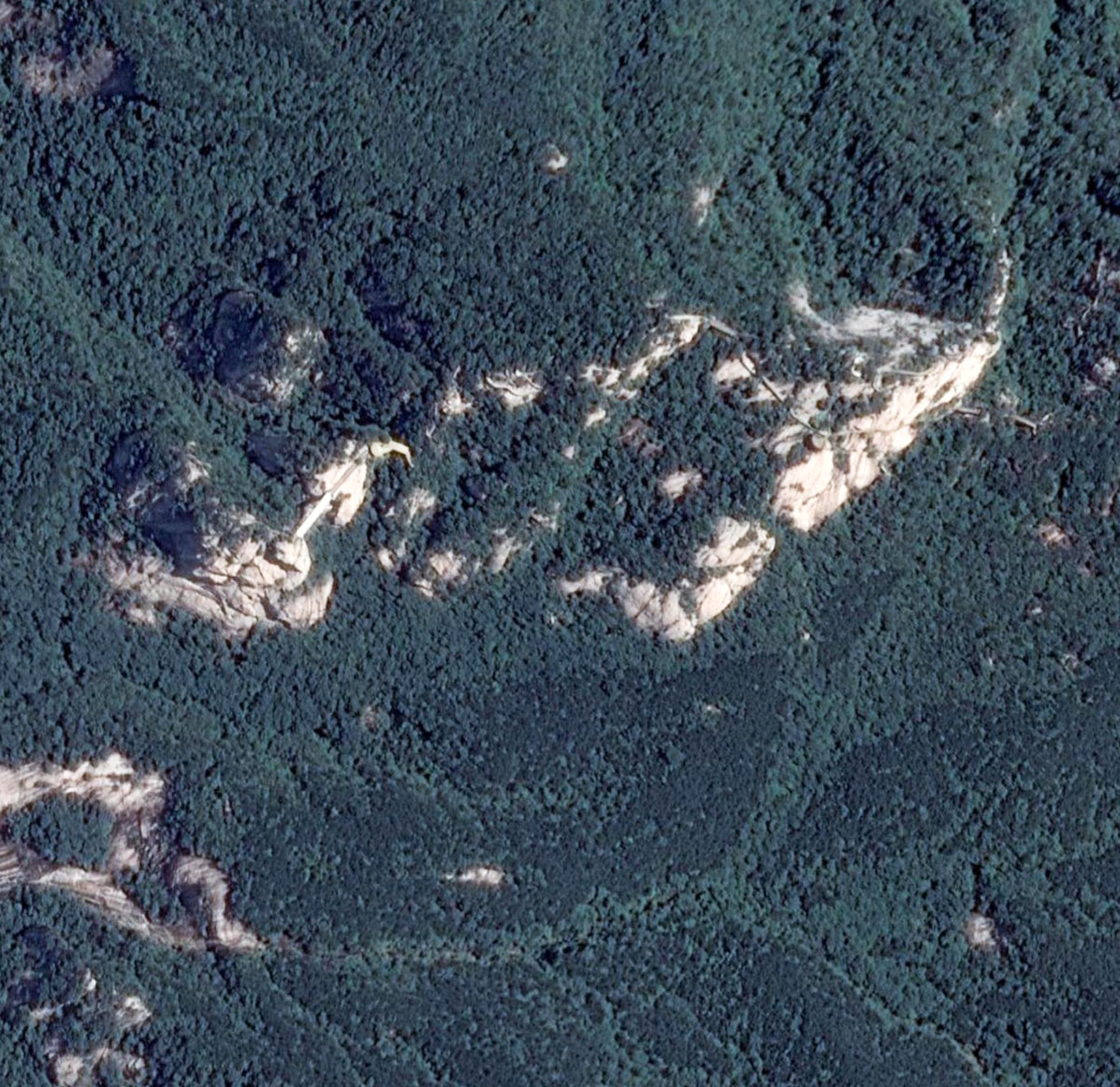 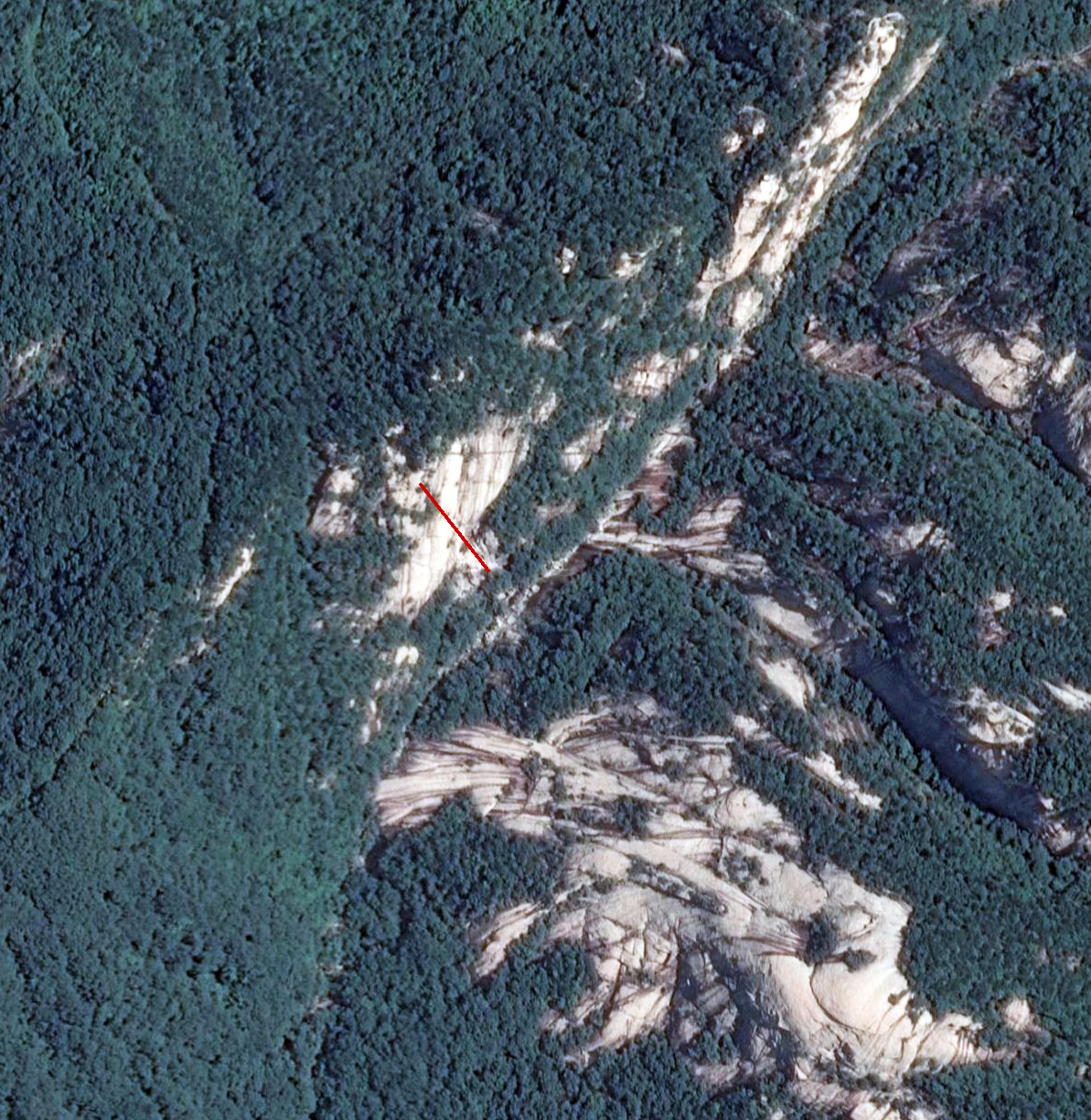 Tiantangzhai satellite image with approximate location of the elevator. 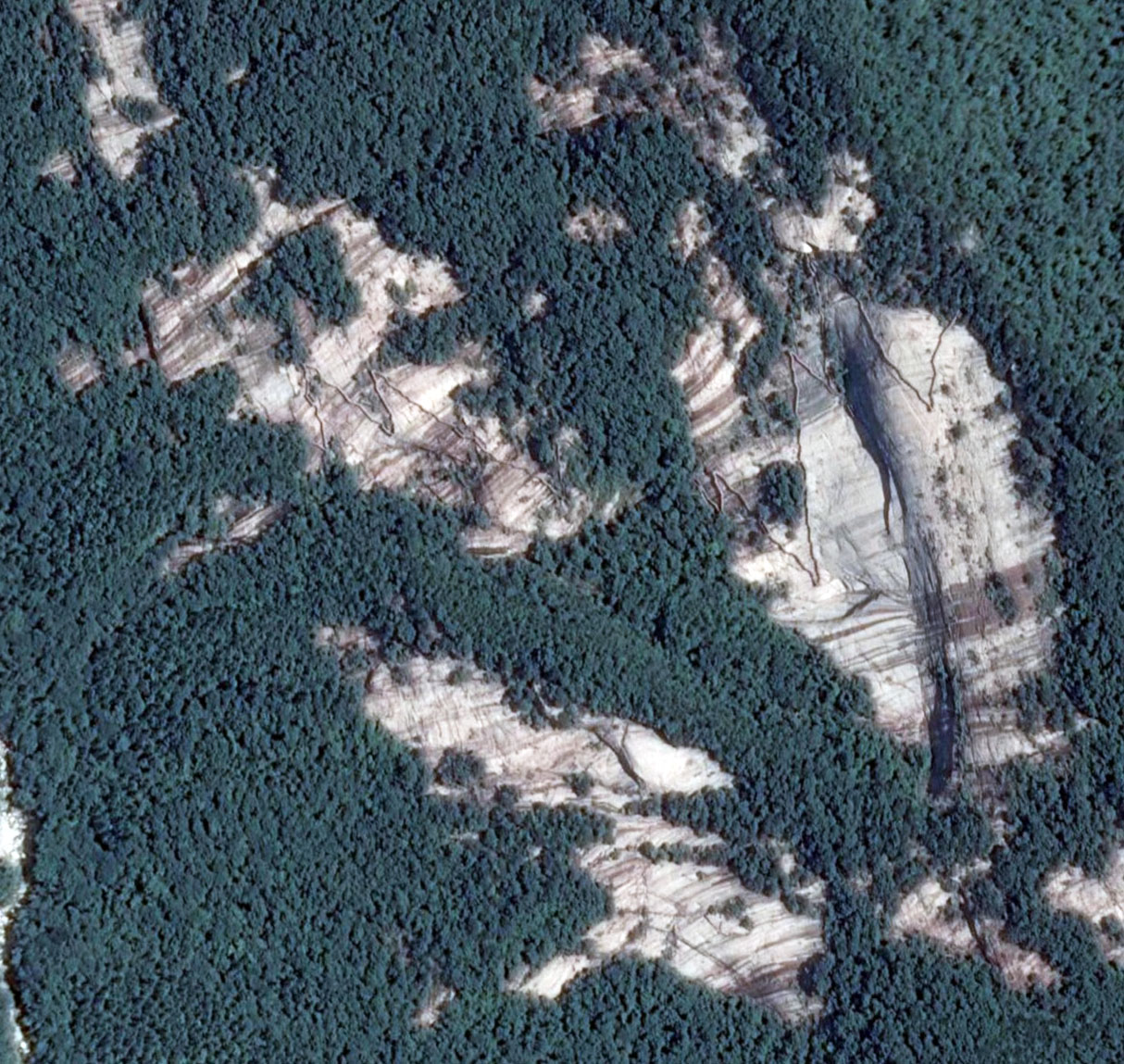 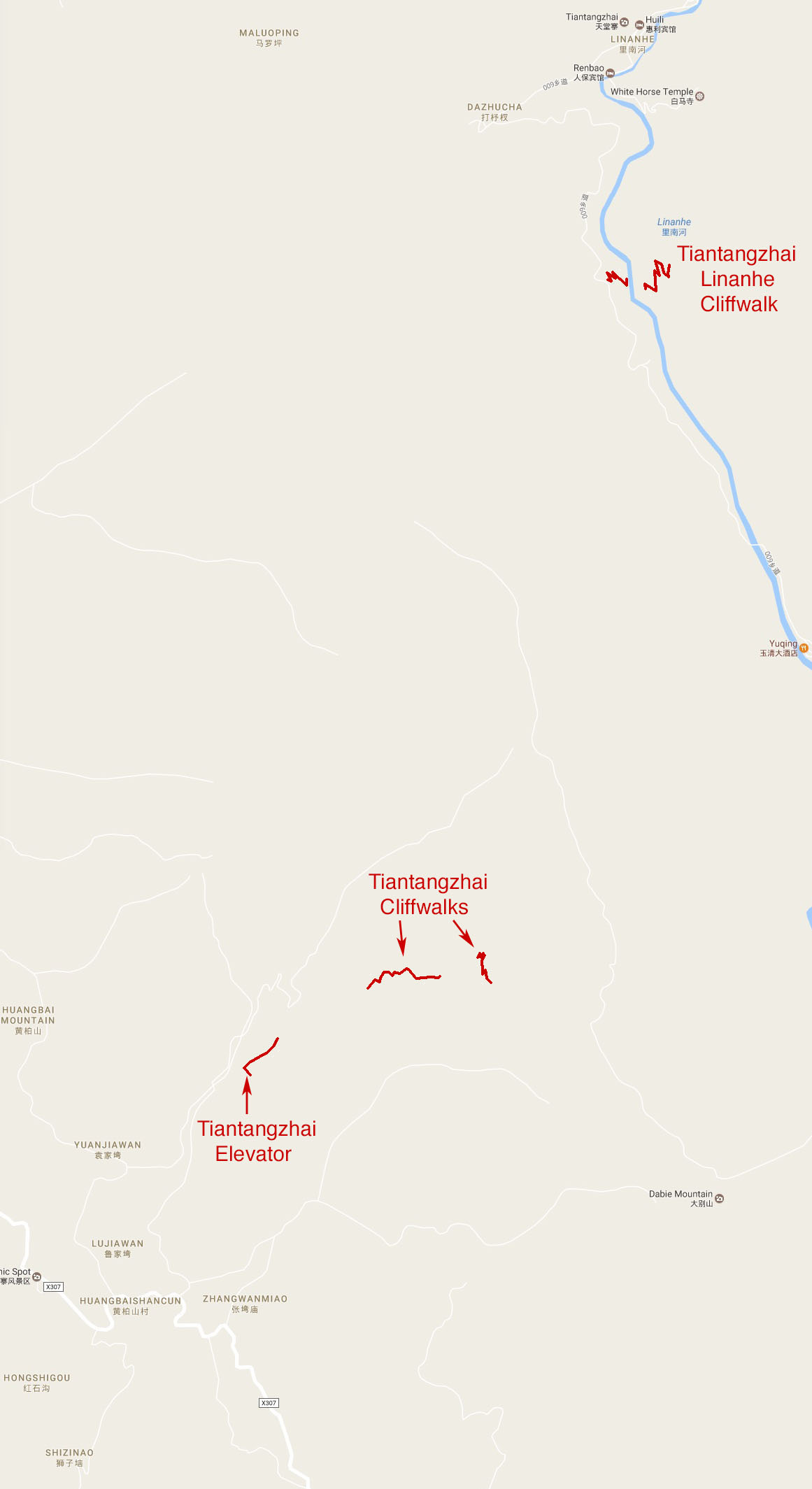 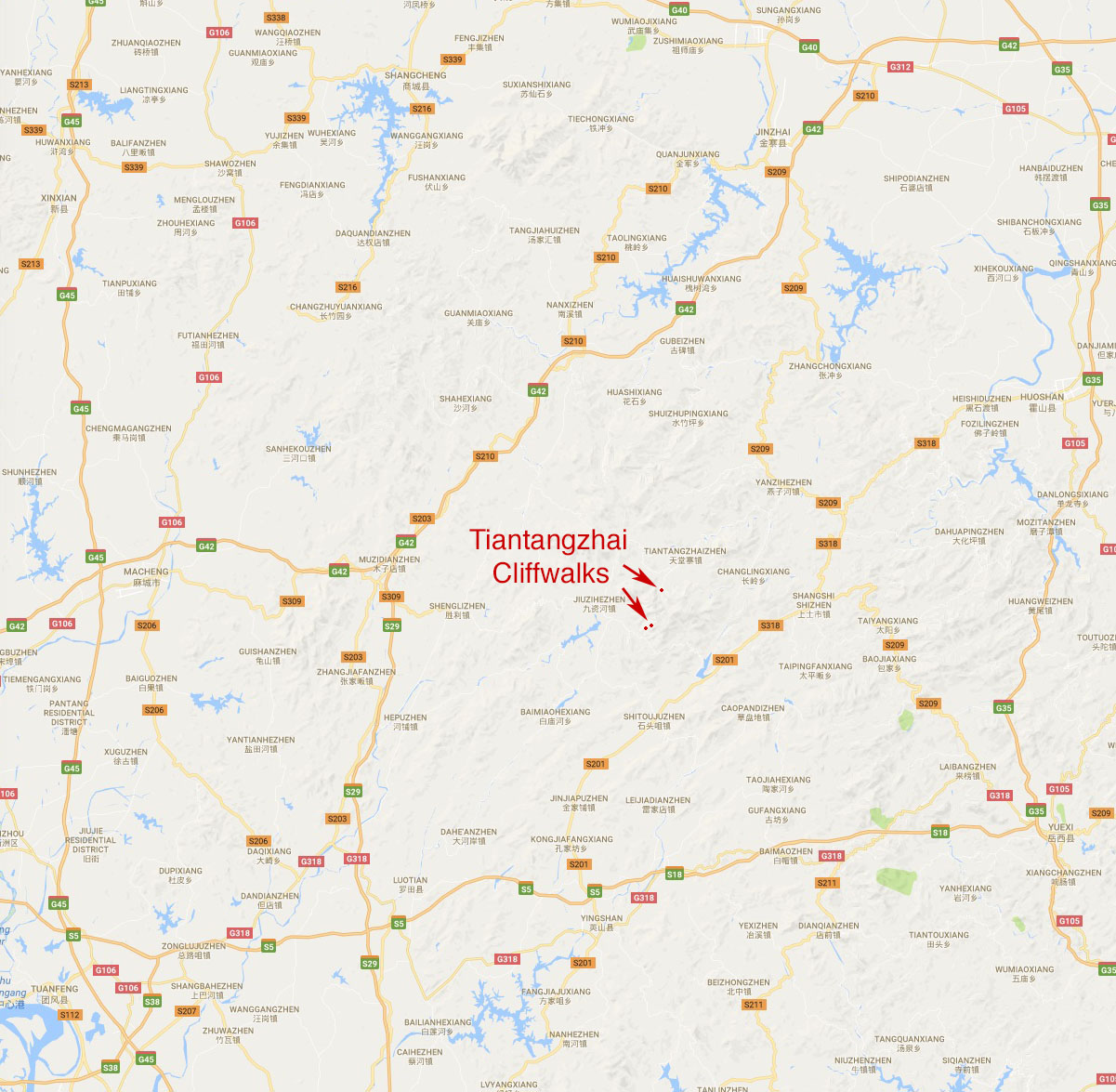