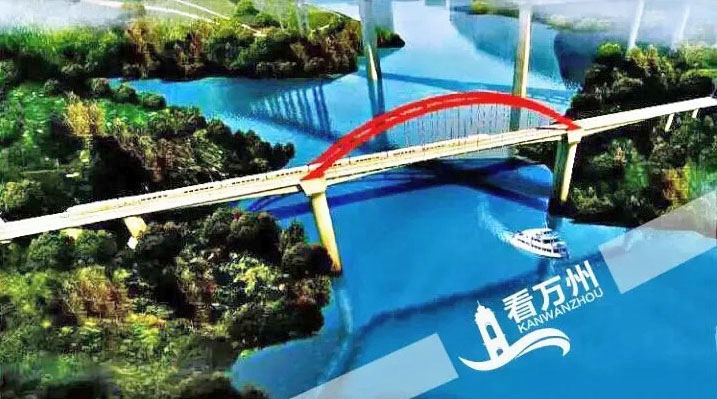 Tangxihe Railway Bridge is one of several spectacular crossings on the heavily tunneled Zhengzhou to Chongqing high speed railway that skirts through the mountains along the famous 3 Gorges region of Hubei and Chongqing Provinces.

The 180 meter beam-arch carries a double track line high over the deep waters of the reservoir that formed from the giant 3 Gorges Dam. Just to the south of the railway bridge is the Tangxihe Bridge on the G42 Hurong Expressway that opened in 2009. 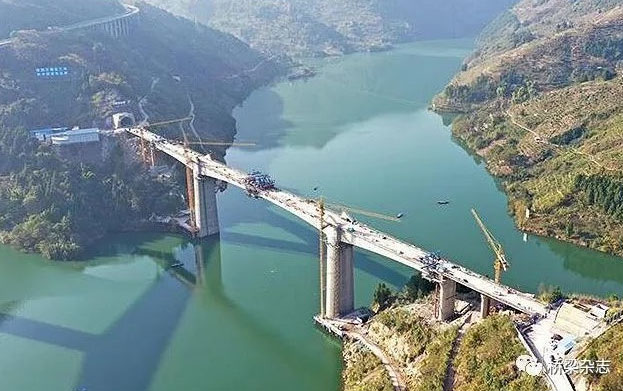 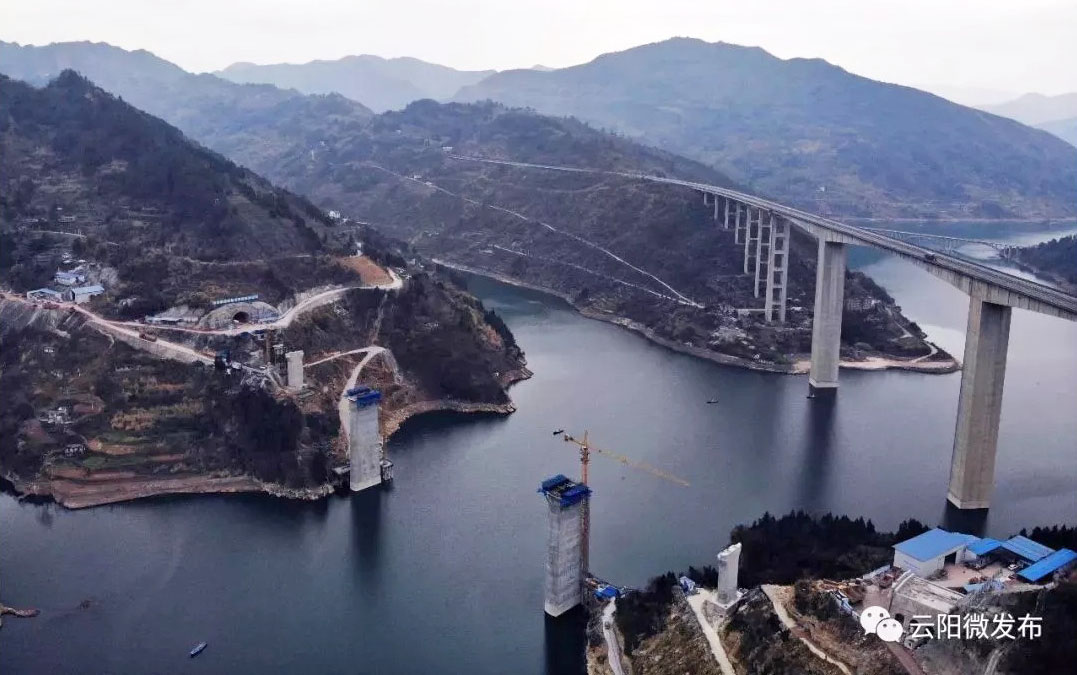 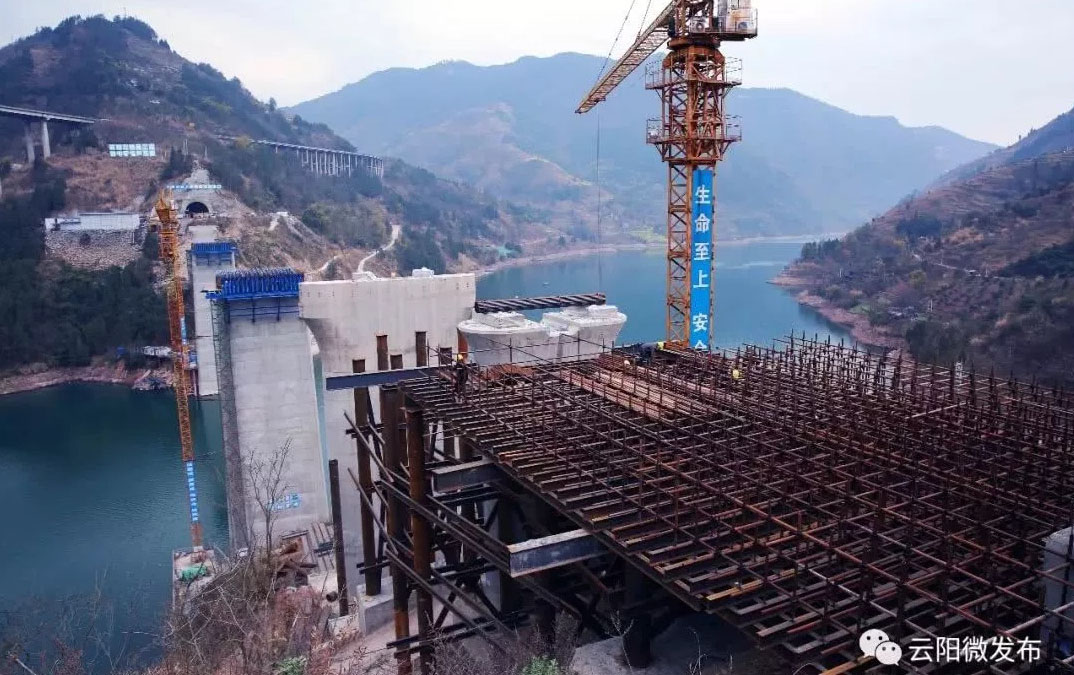 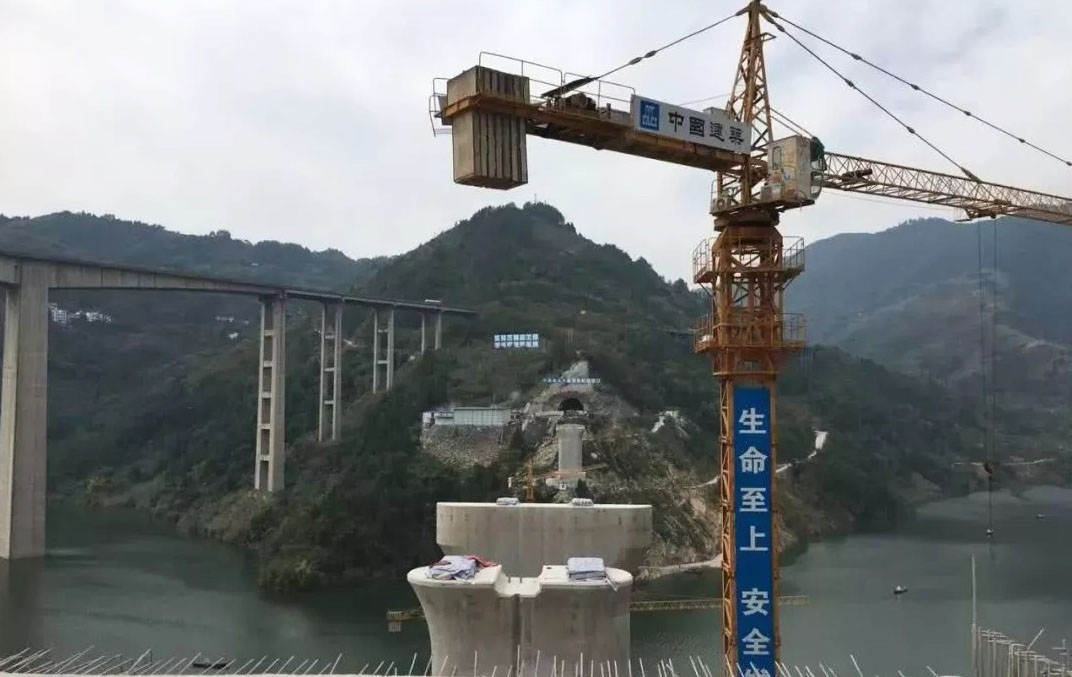 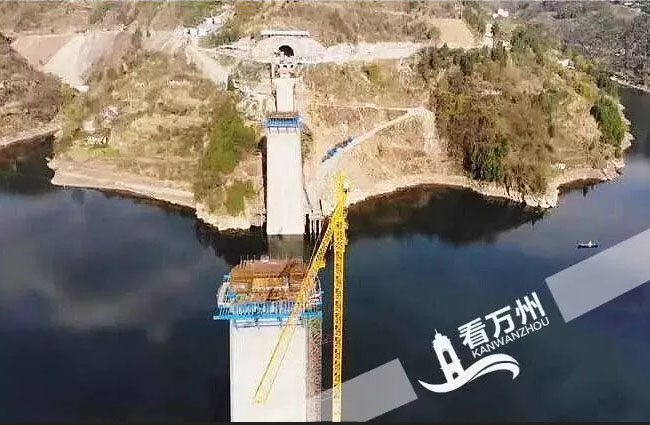 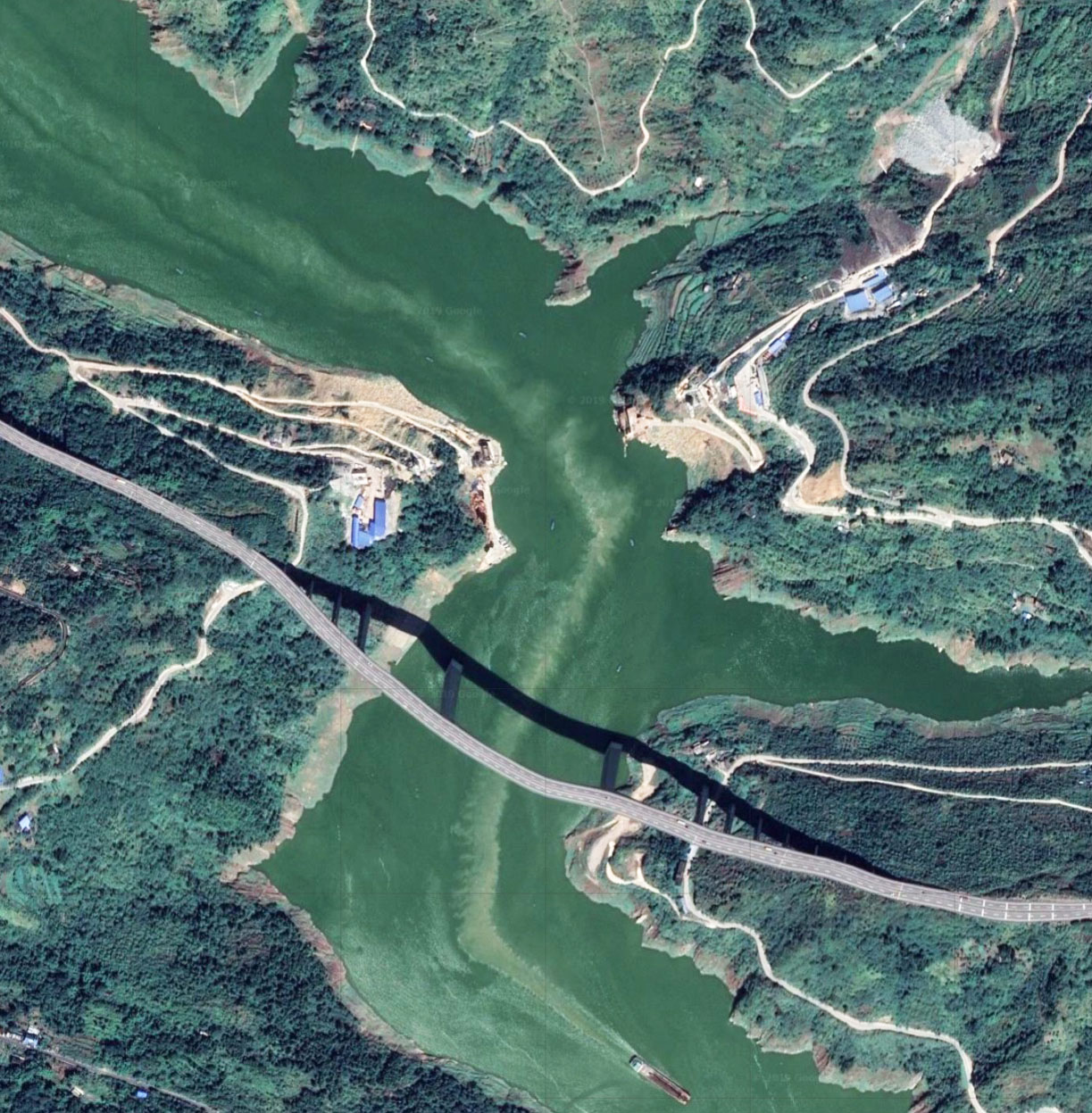 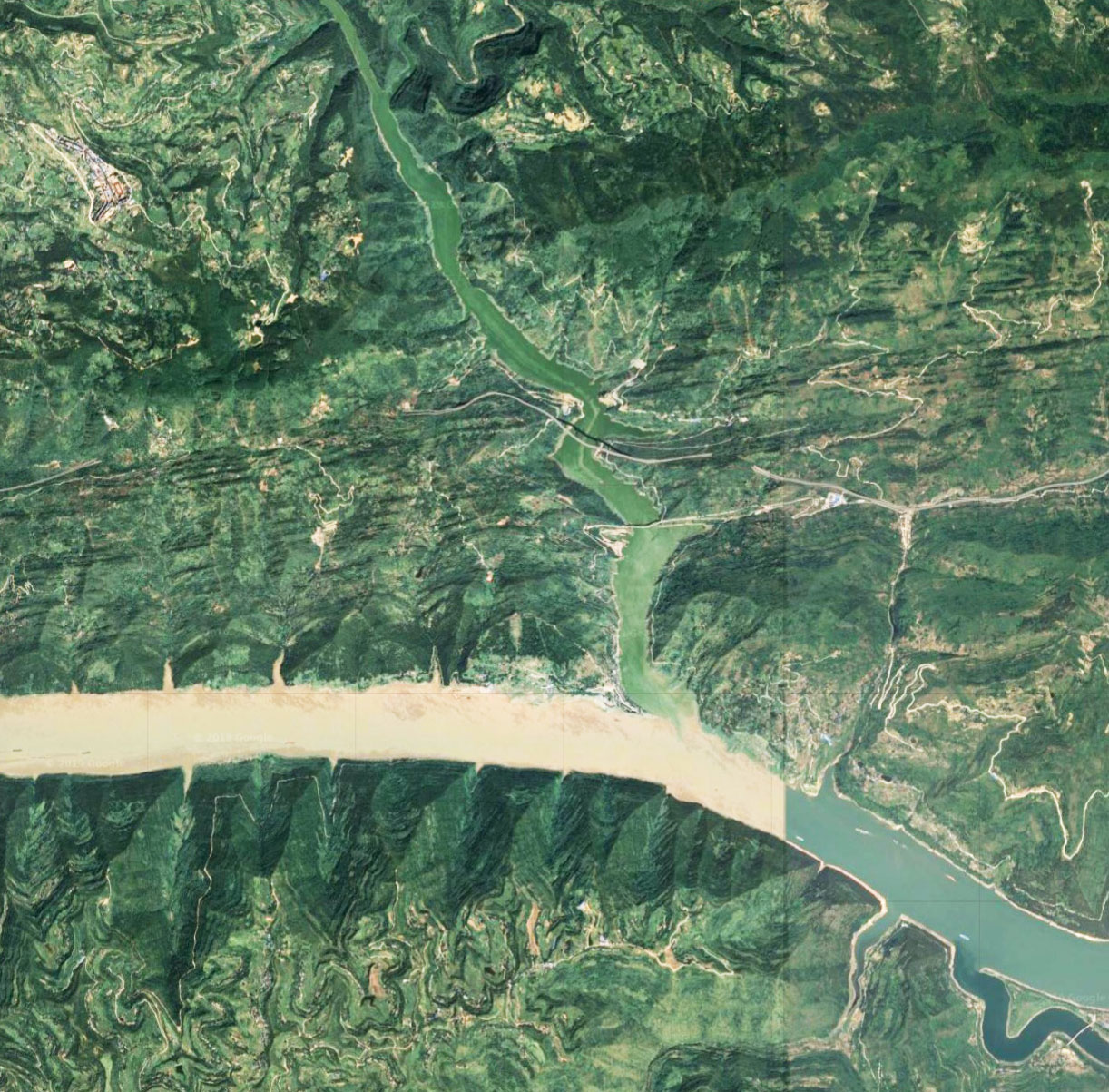 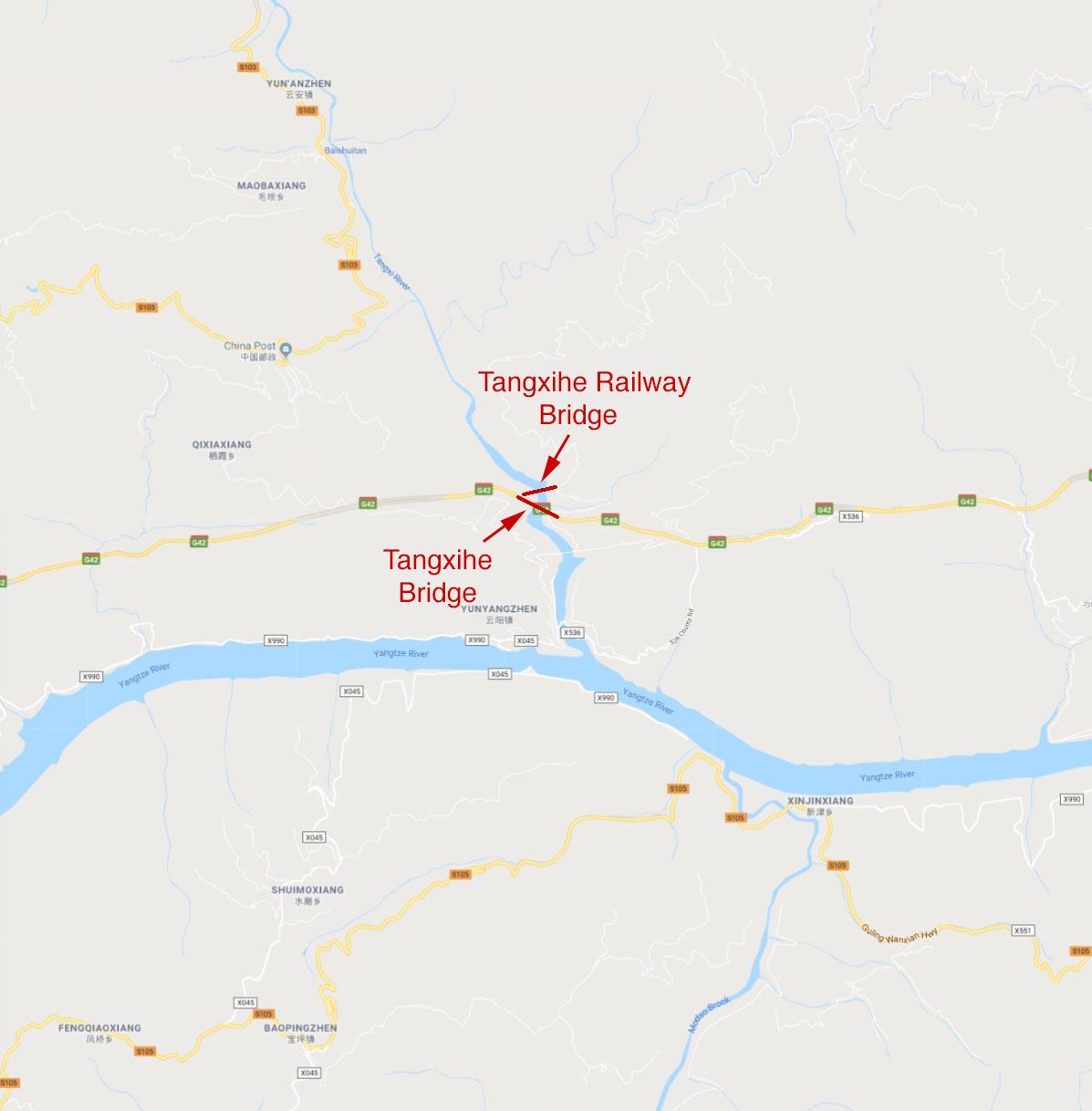