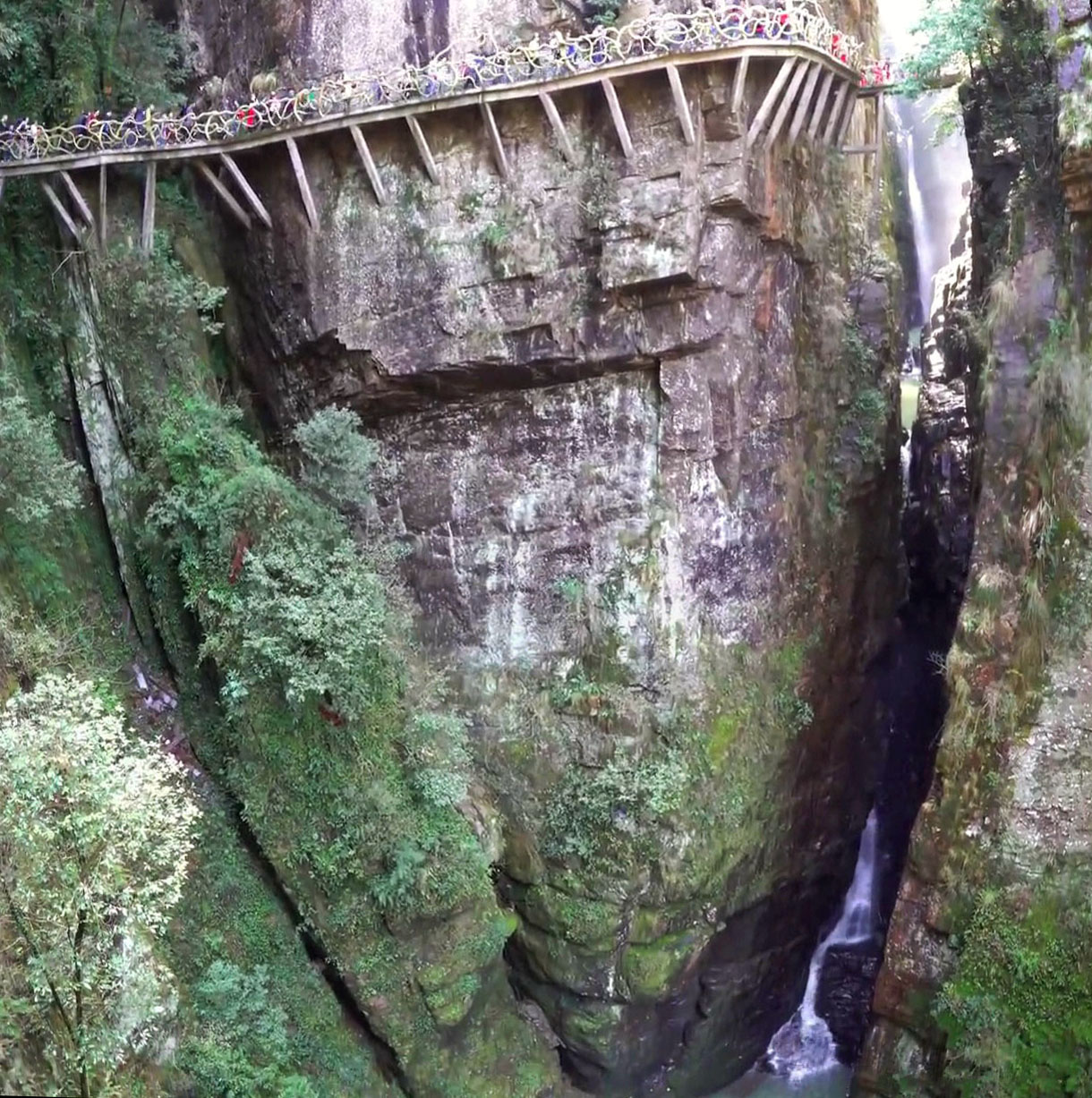 Fujian Province is the most mountainous area of the heavily populated region of eastern China. With hundreds of square kilometers of towering rock formations it is no surprise that many of the most spectacular scenic parks - both public and private - have sprung up here in recent years to capitalize on the millions of middle class Chinese tourists looking for a weekend getaway from the congestion of big city life.

Although the Tangchuan Grand Canyon made headlines in 2016 when a 90 meter high glass footbridge opened, the popular river gorge has many kilometers of hiking paths and cliffwalks that will keep you busy for a day or more.

The giant Tangchuan Footbridge has followed the popular trend of having glass panels across much of the bridge deck, instilling fear into those who are not already nervous enough from a structure that is prone to natural swinging and swaying.

The most unusual design aspect of the bridge came from a decision to place the suspended walkway deck about 10 meters below the two main cables at center span where there is normally no more then a 2 or 3 meter gap between these two major bridge components. Since the sagging or catenary walkway is largely self supporting from parallel cables that are anchored into the canyon walls like any number of Tibet-style footbridge around China, the upper cables might not be taking much of the weight of the bridge but instead only serve to stabilize it from wind and pedestrian movements.

Despite the greater cost of building taller towers and longer stringer wires to support the deck in this manner, another reason might have come from the desire to create an infinity-like corridor of repeating vertical lines that some guests may find to be more visually pleasing and memorable. 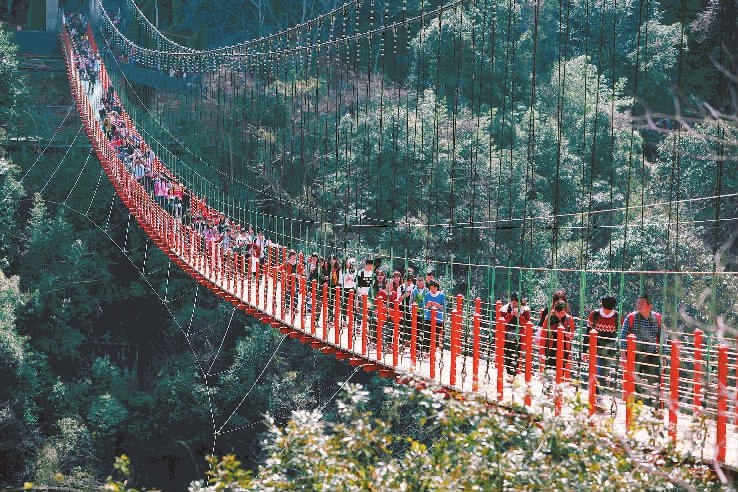 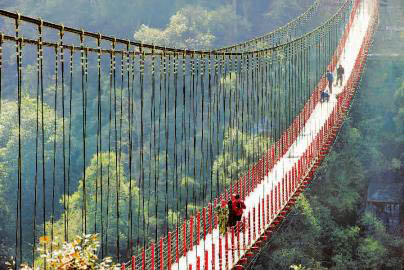 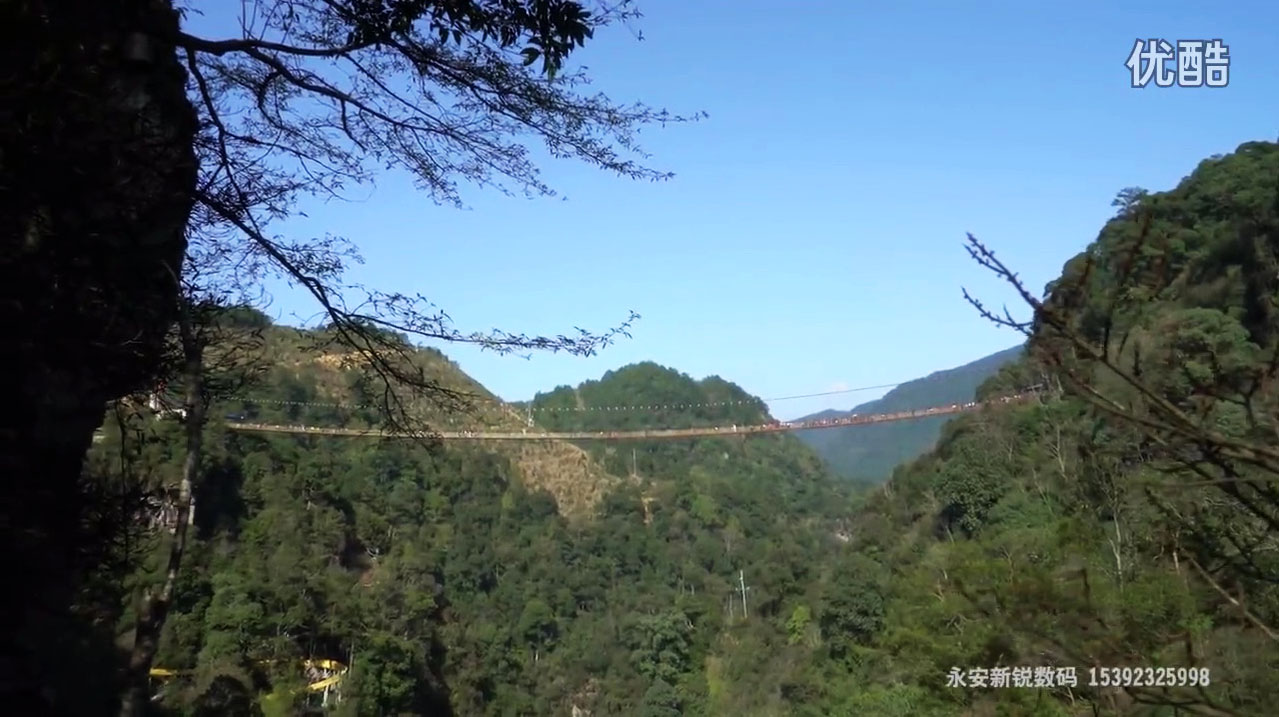 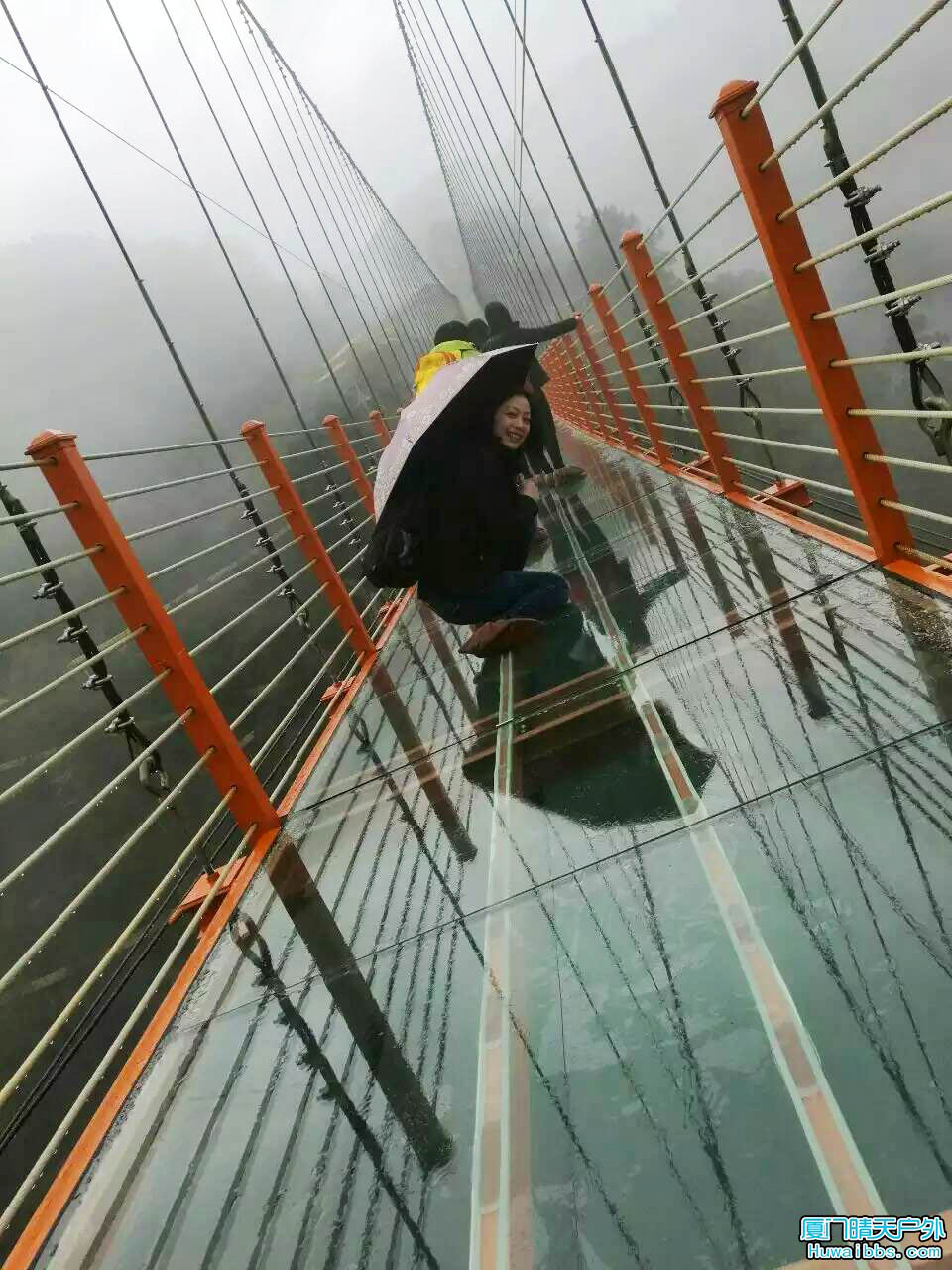 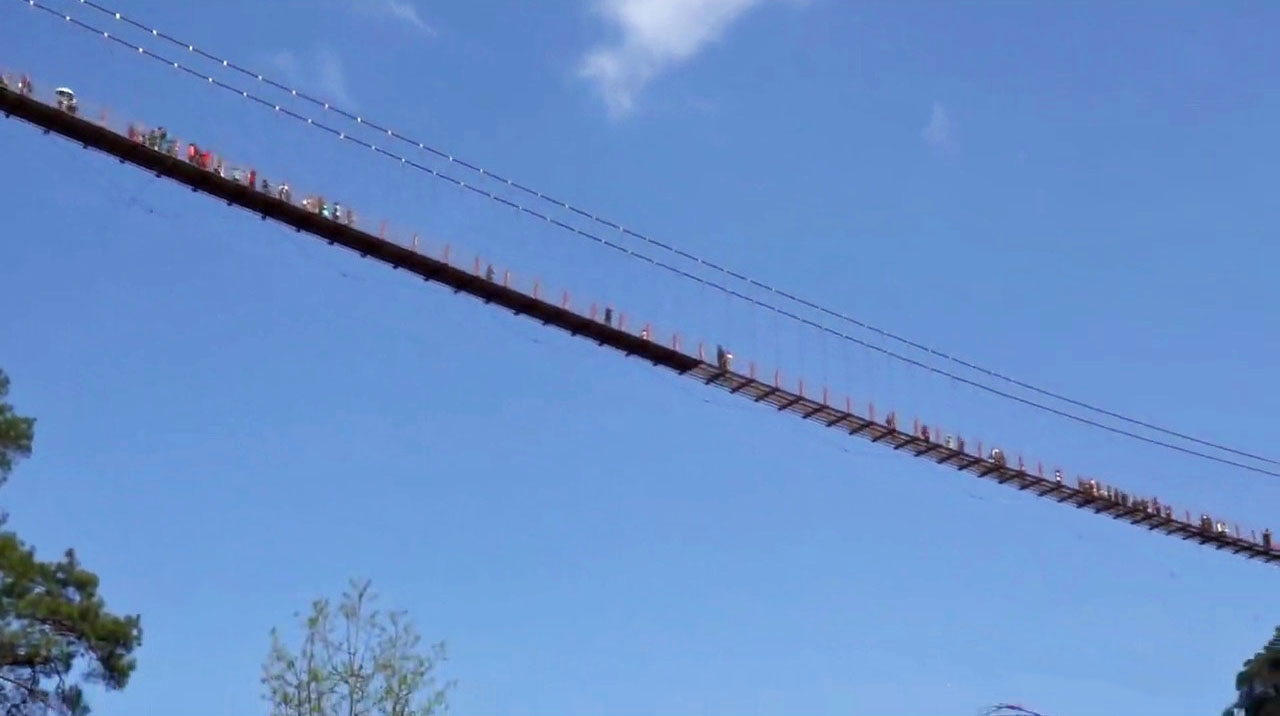 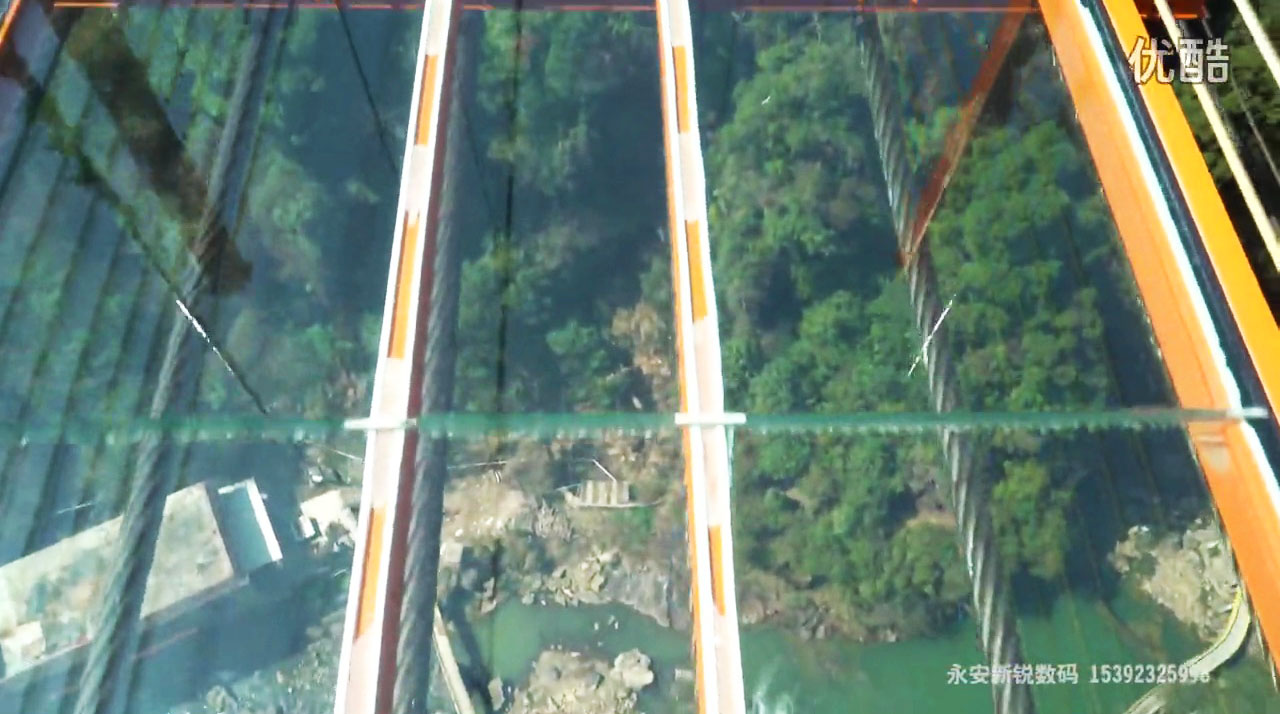 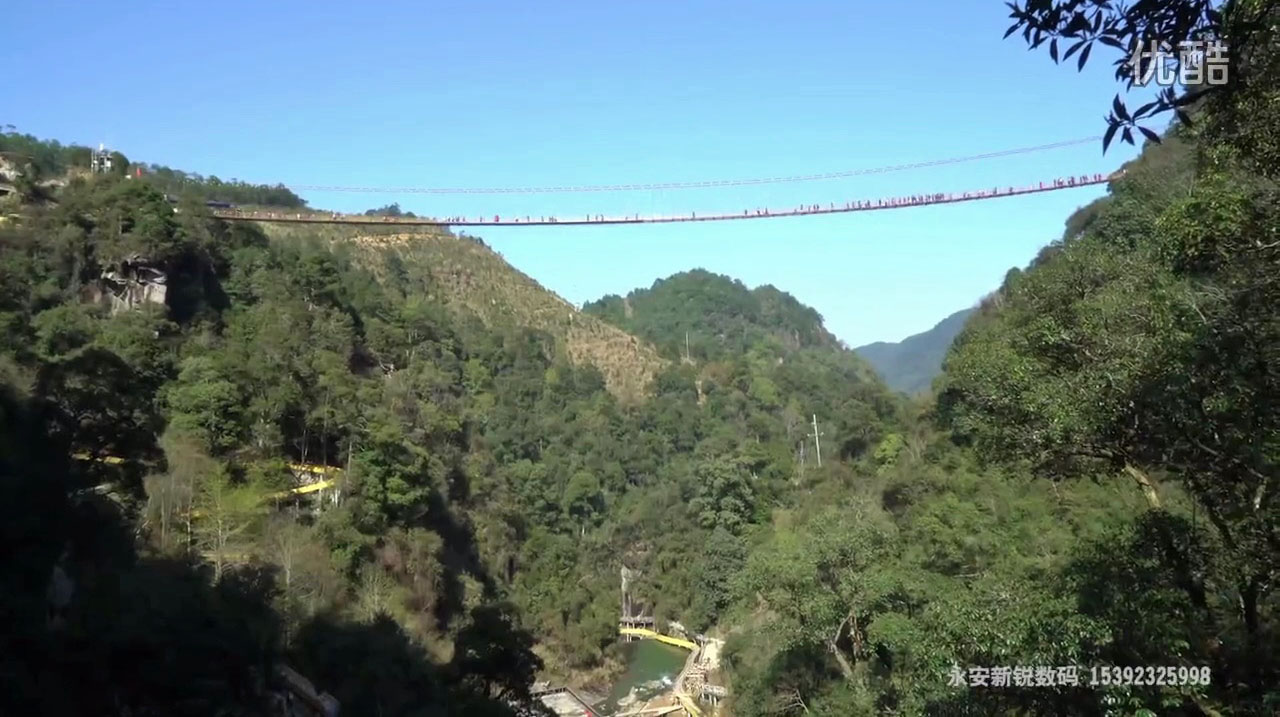 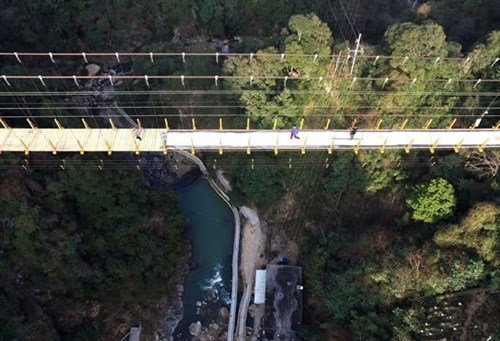 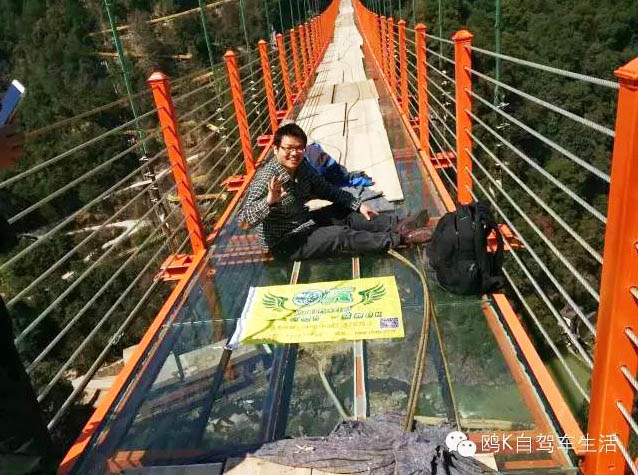 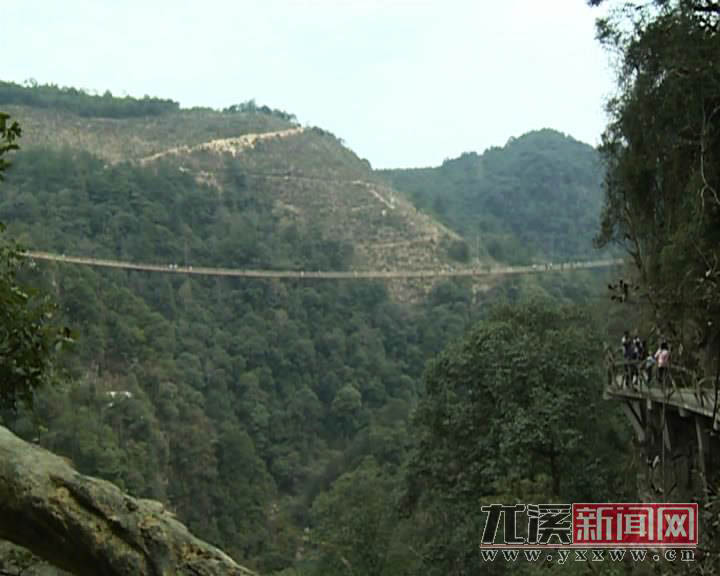 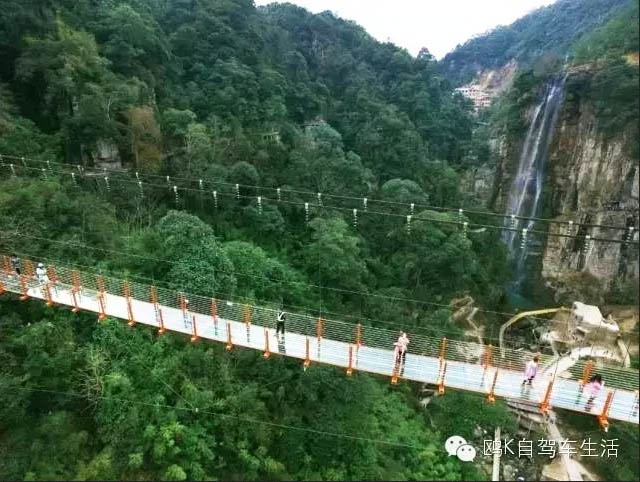 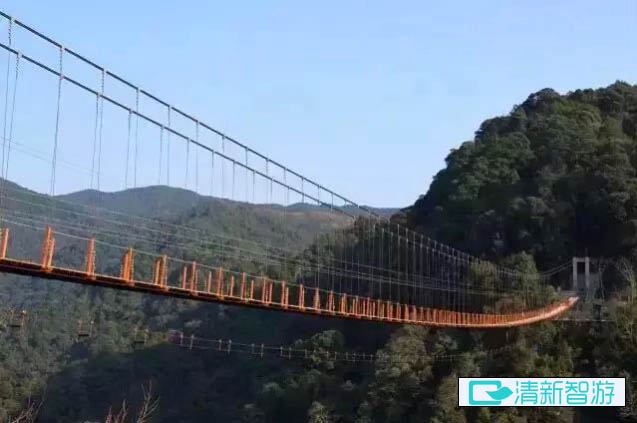 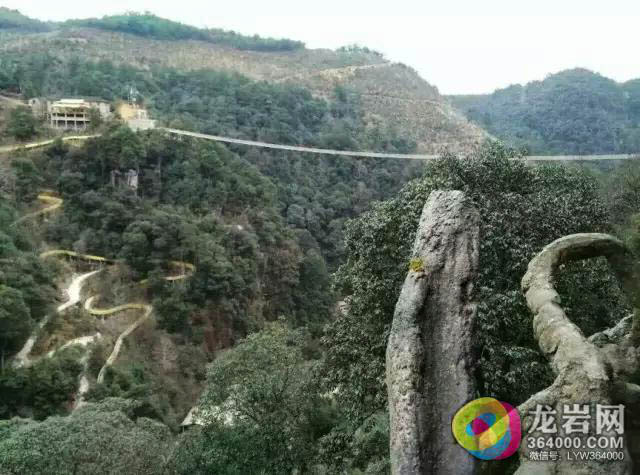 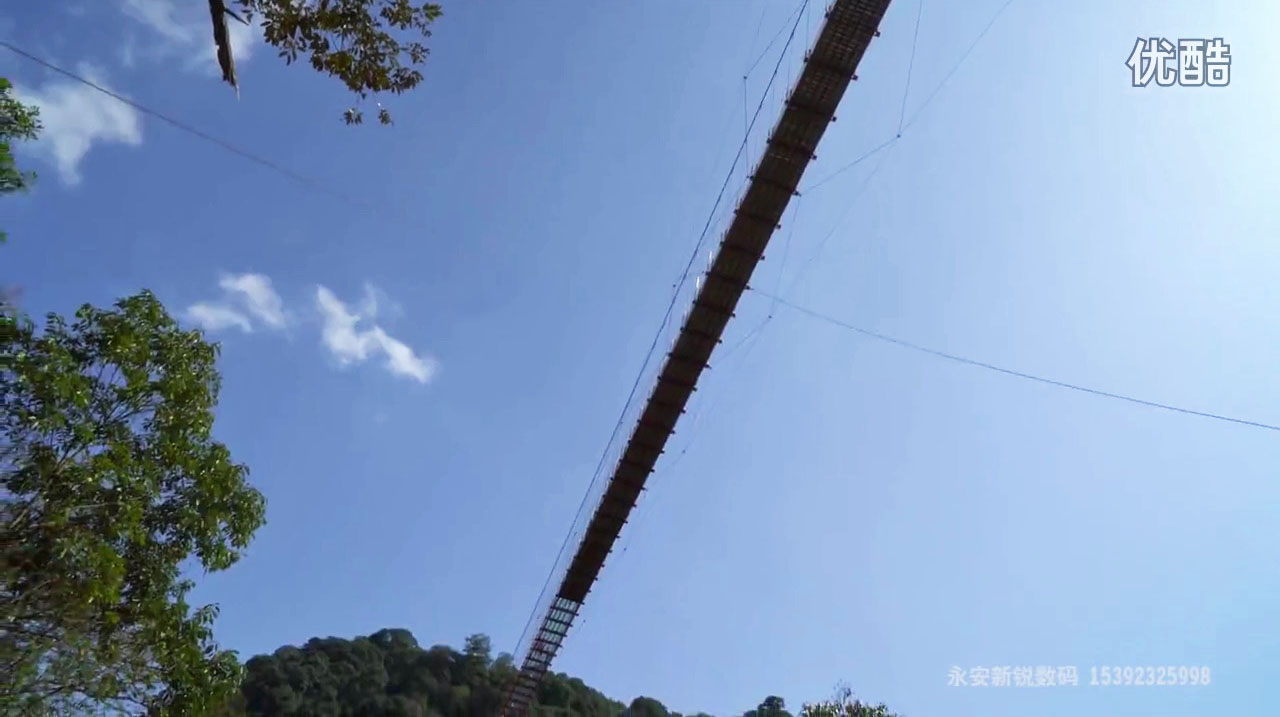 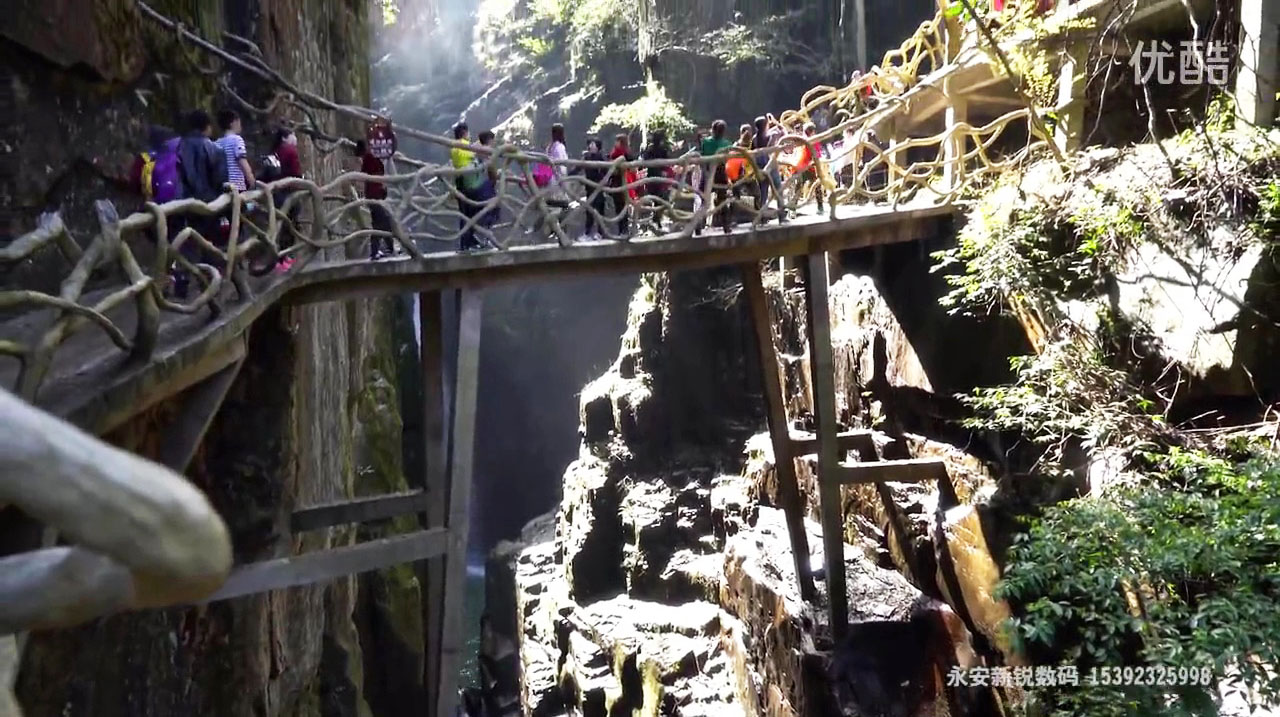 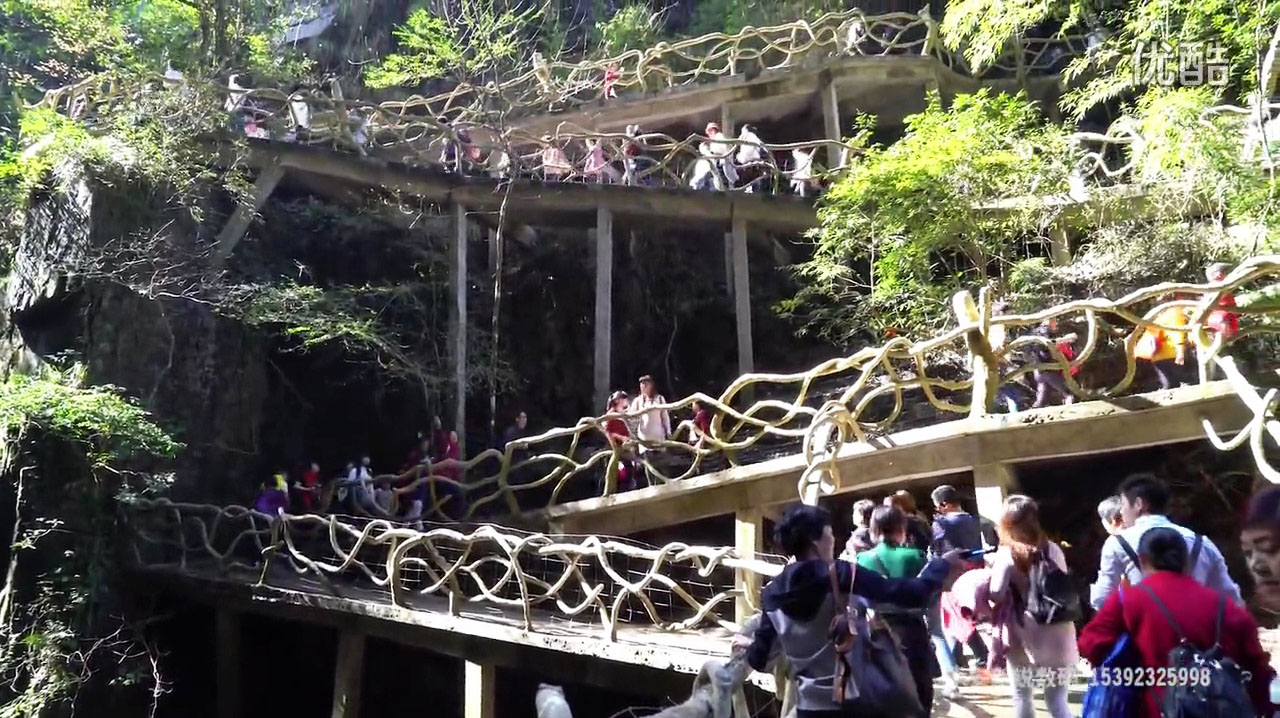 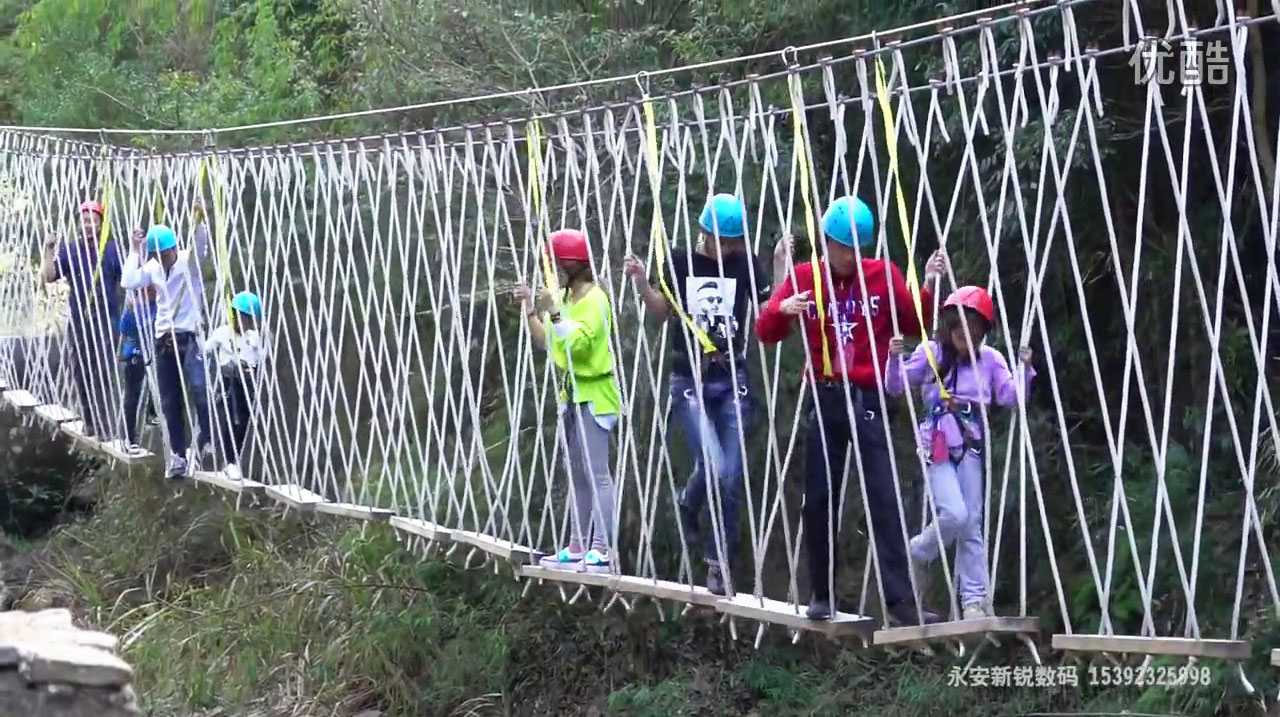 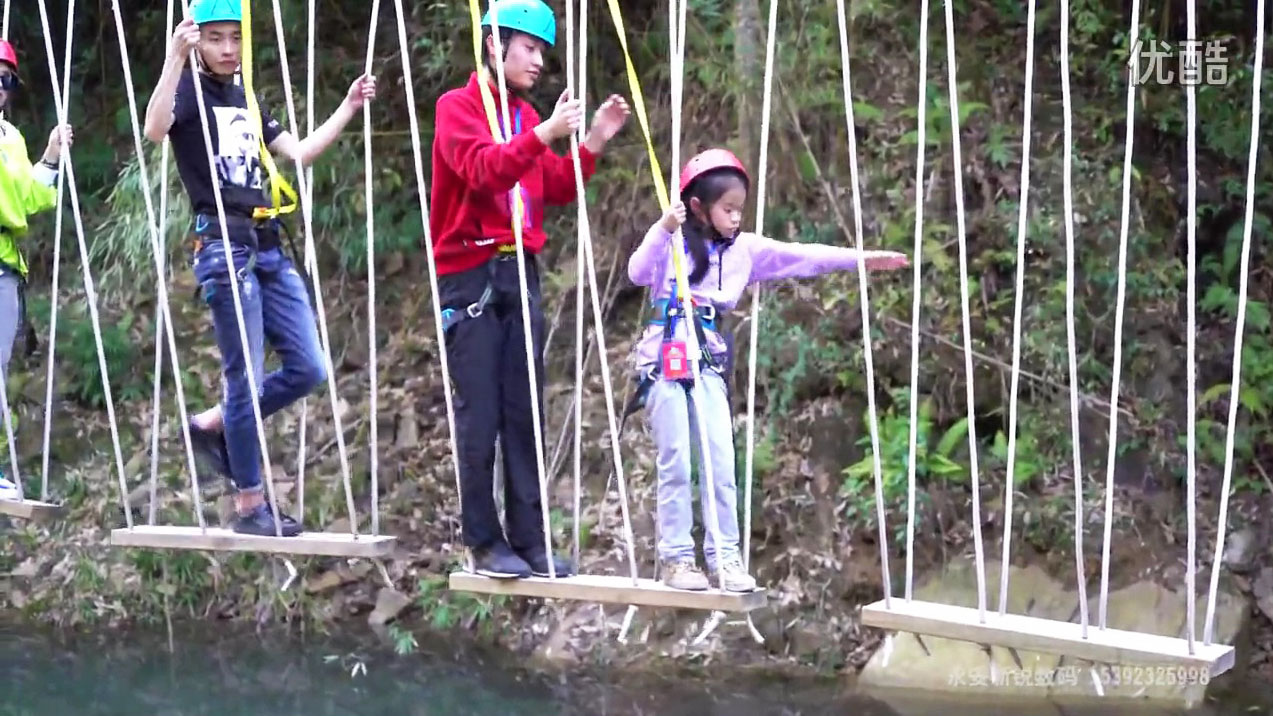 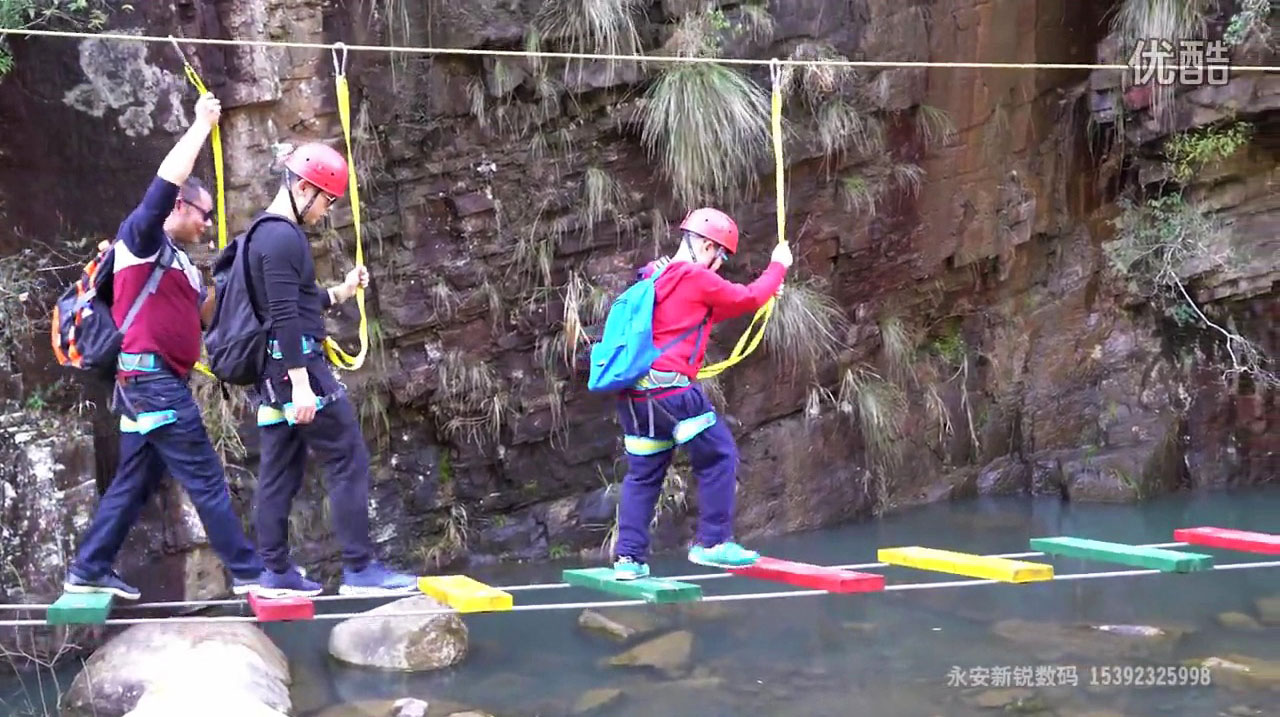 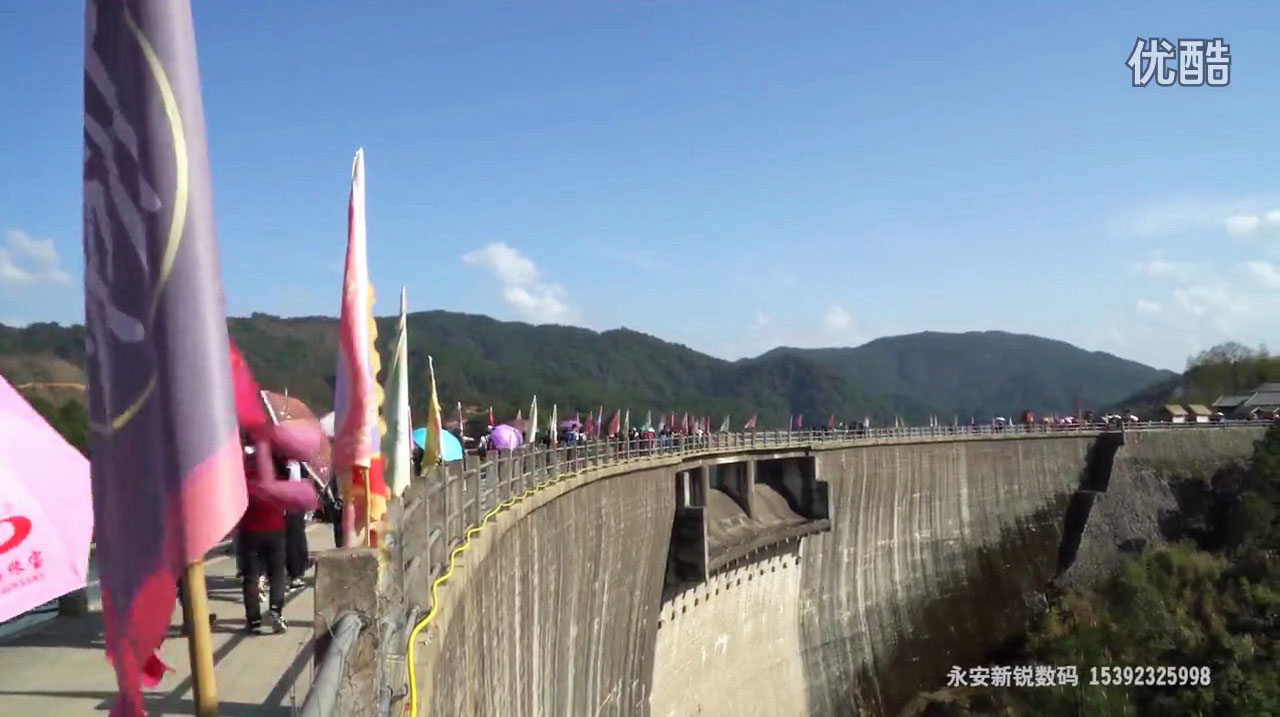 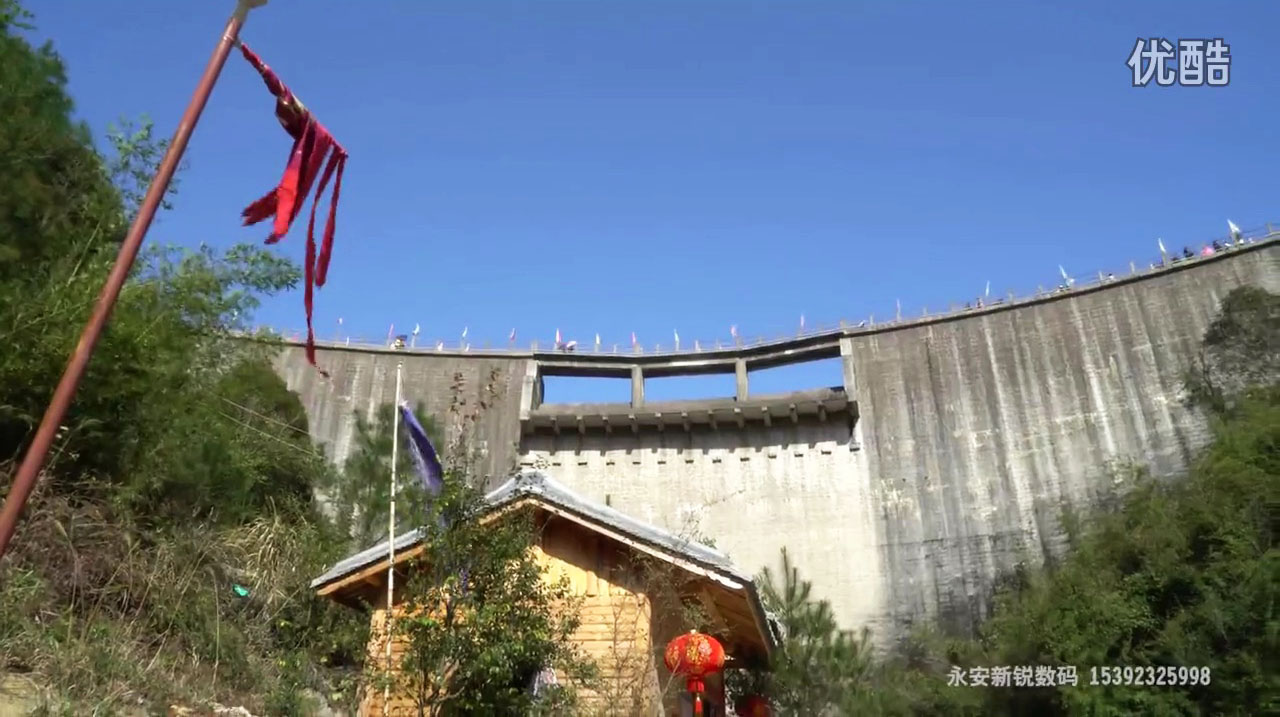