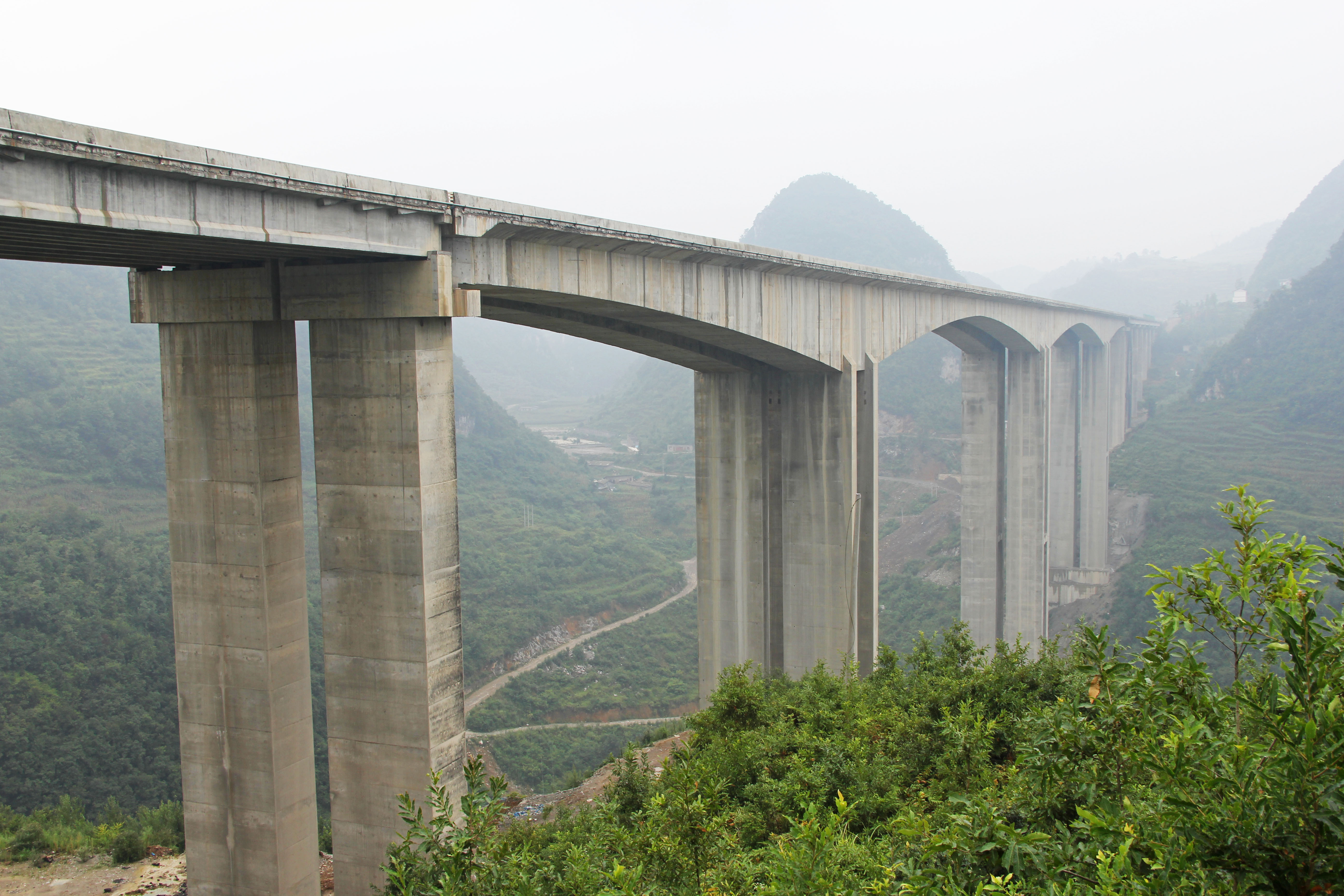 The second highest bridge on the expressway between Zhijin and Qianxi in central Guizhou Province, the Sunziyan Bridge crosses a beautiful river gorge on two big beam spans of approximately 200 meters. The setting is right out of a fairy-tale with towers, cliffs and even an underground river tunnel.

With the 336 meter high Liuchonghe Bridge just to the north, Sunziyan gets little attention but if you are in the region be sure to pull over and take a look at one of Guizhou's more beautiful beam bridge crossings. 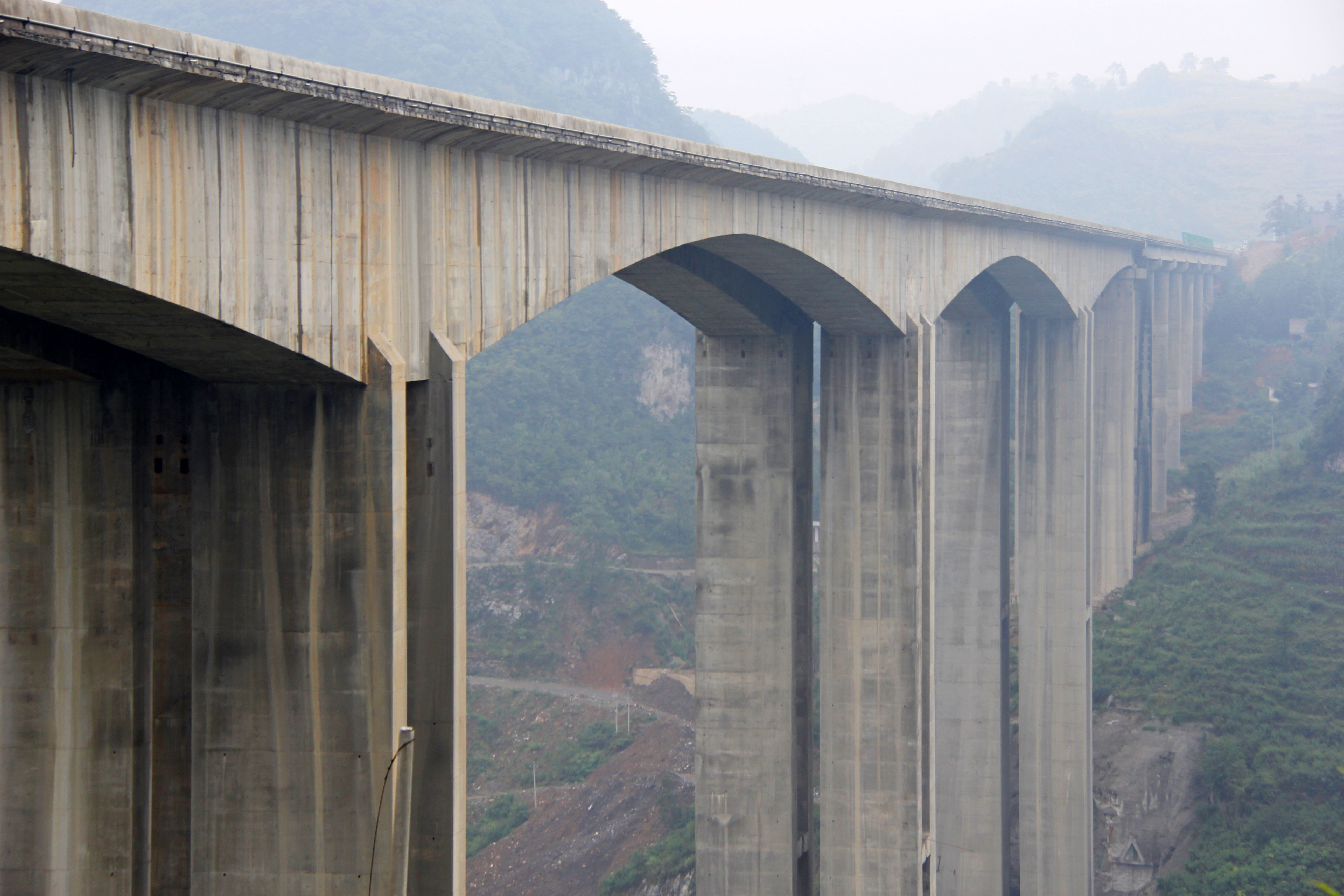 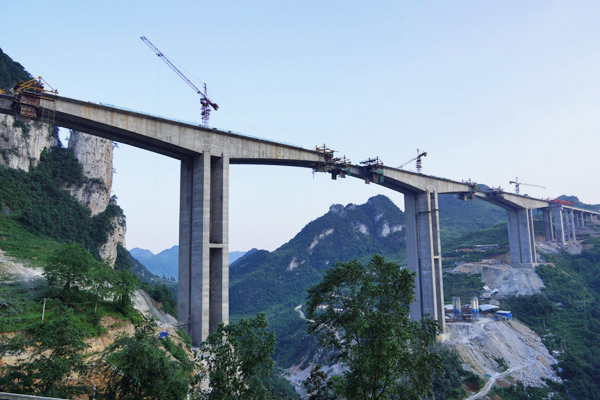 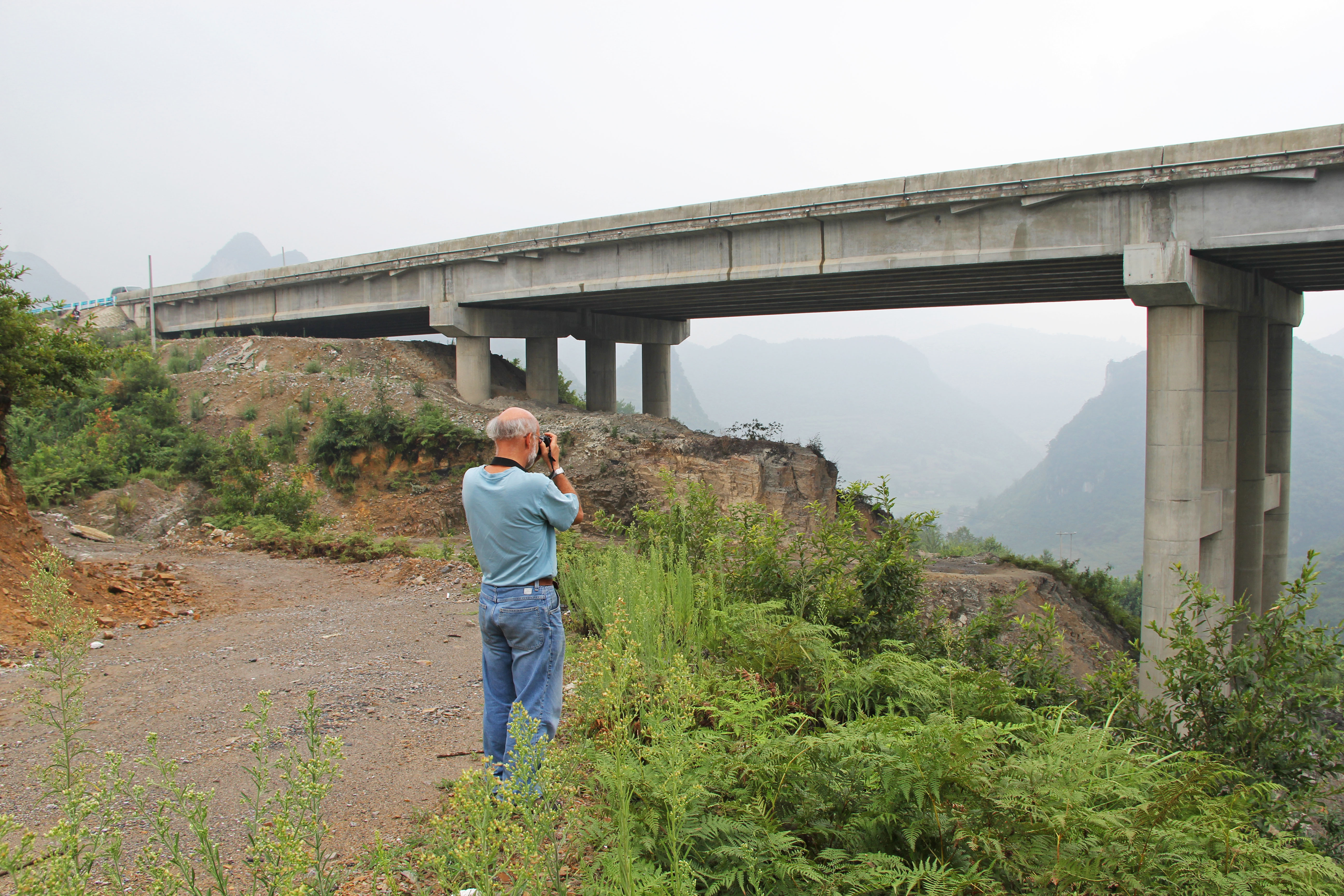 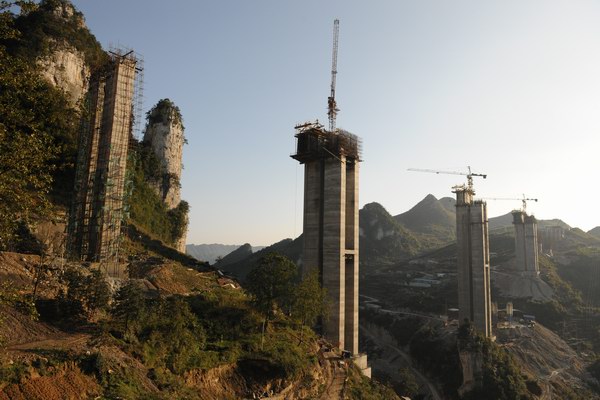 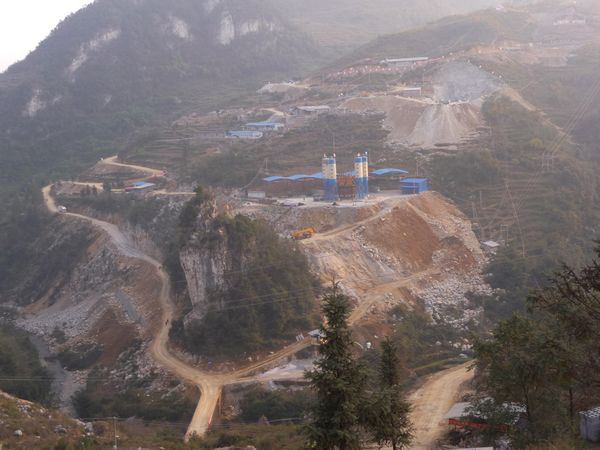 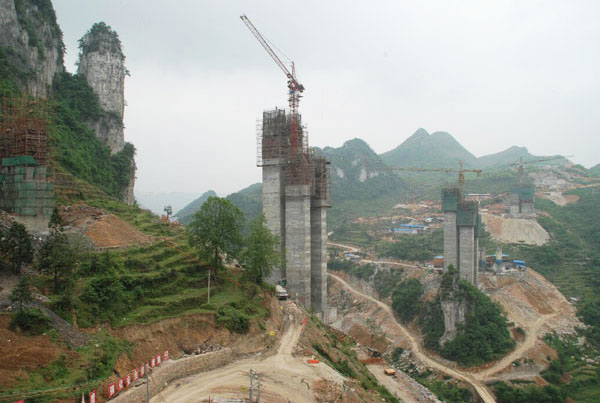 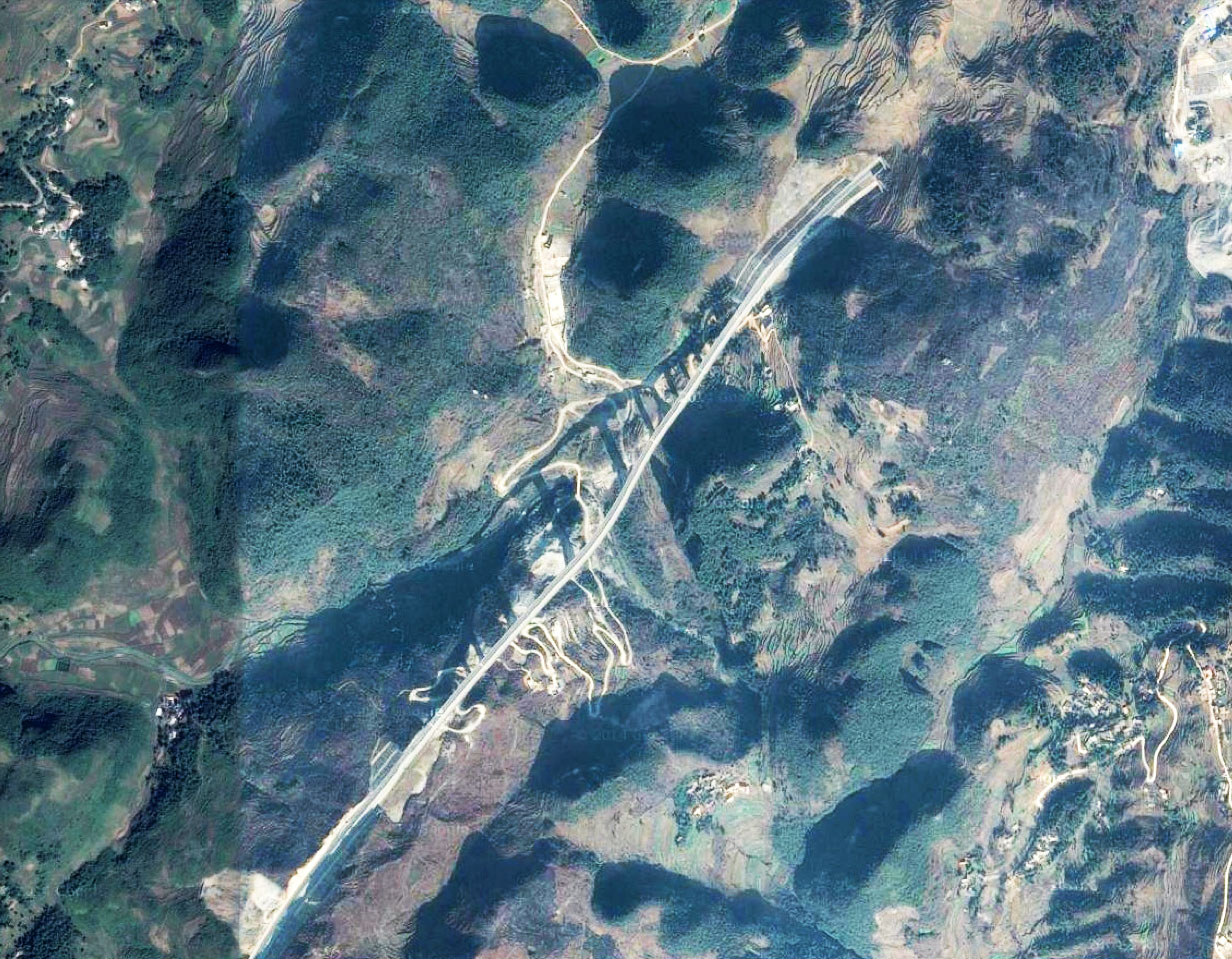 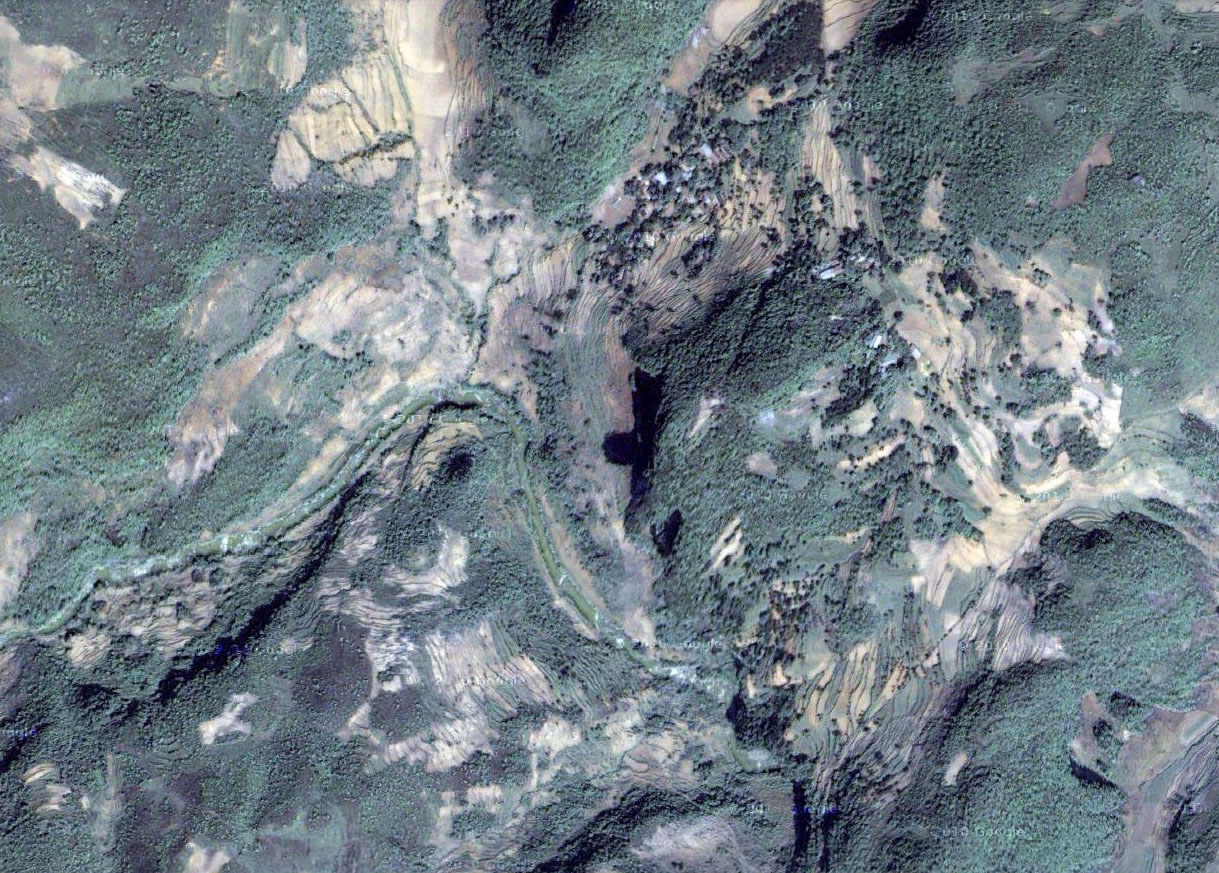 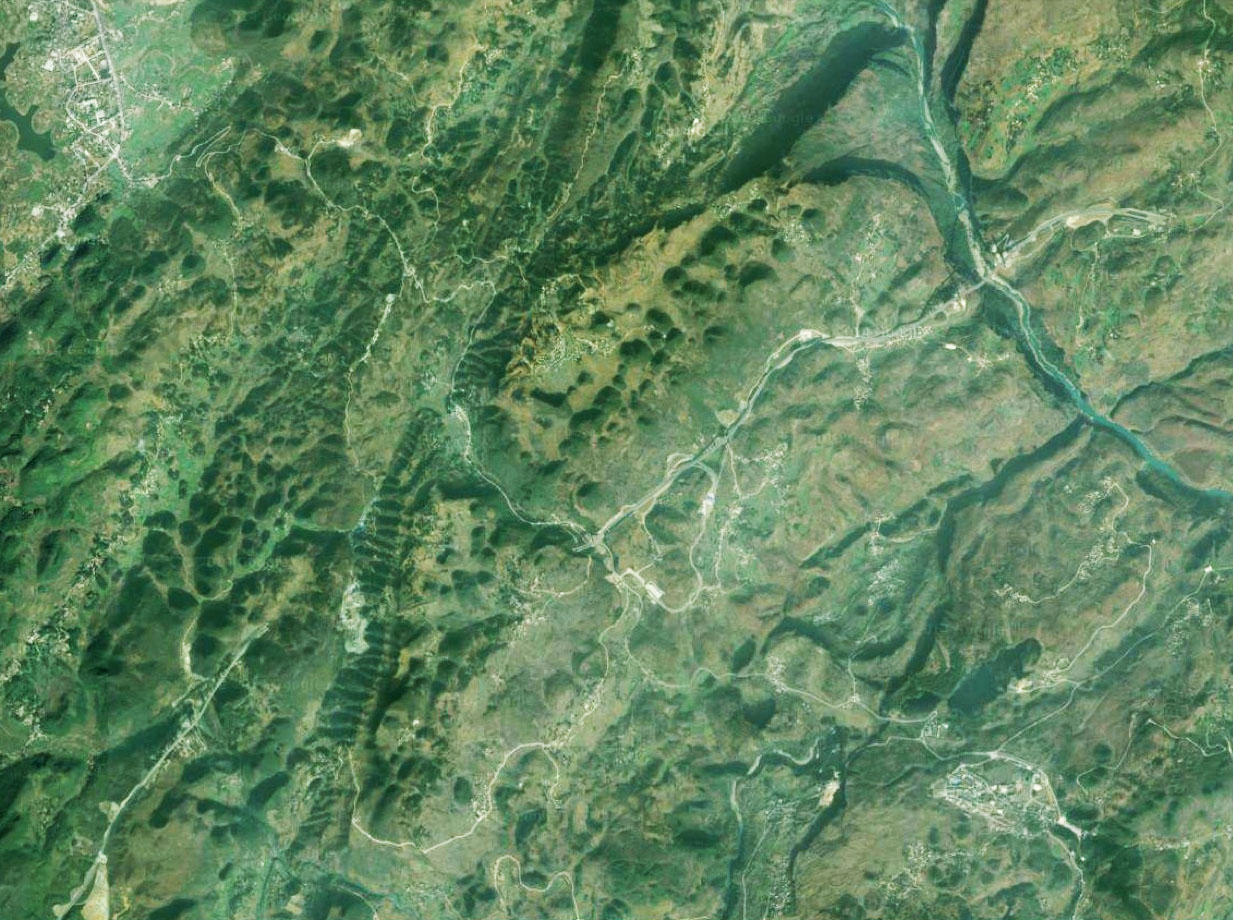 A wider view showing the Sunziyan Bridge in the lower left and the Liuchonghe Bridge across the Sancha River in the upper right. 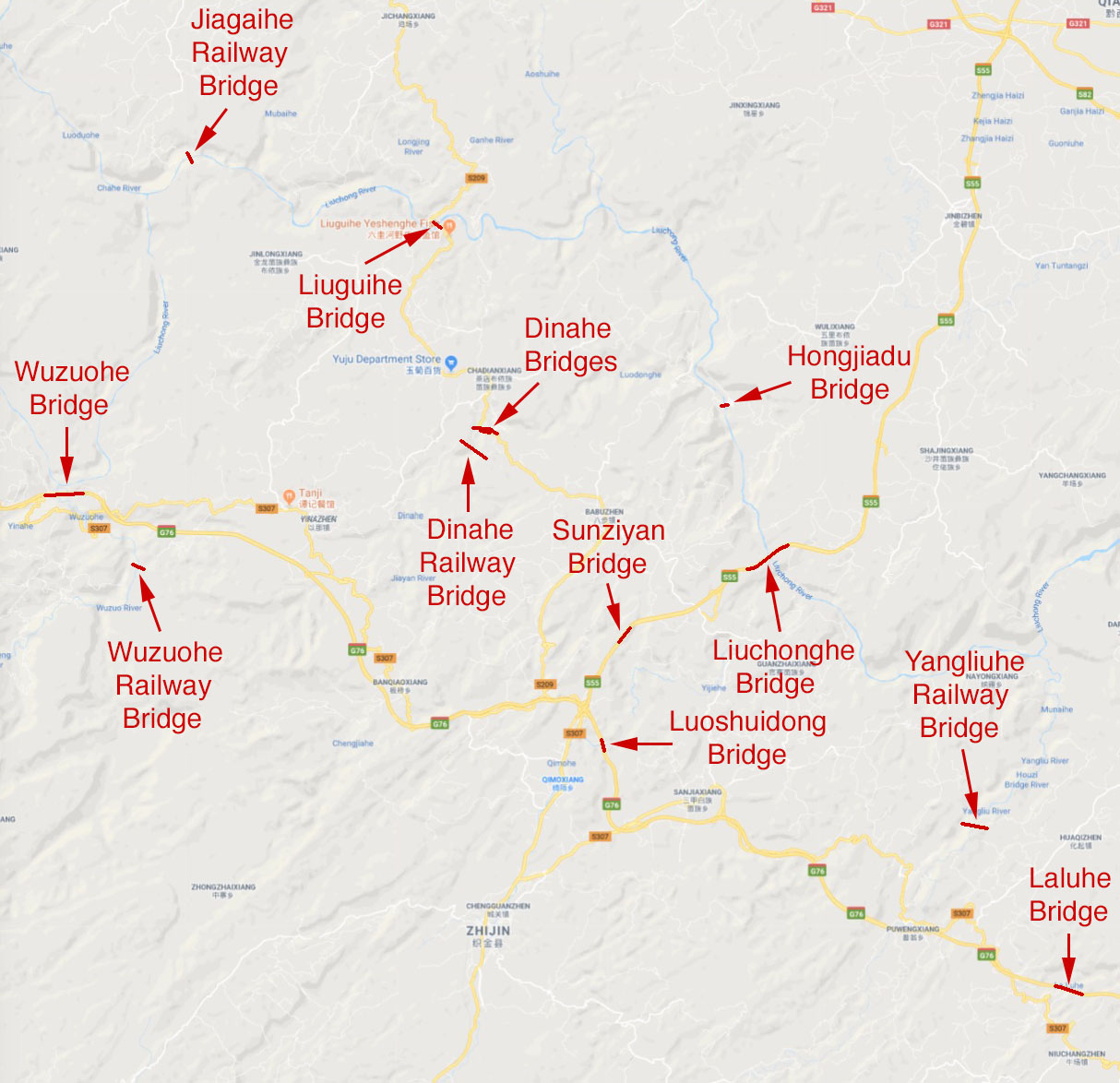