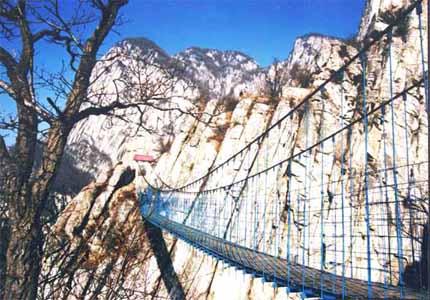 Located midway between the large cities of Luoyang and Zhengzhou, the Songshan Cliffwalk is made of concrete with supports that angle about 45 degrees back into the rock. There is also a suspension footbridge along the route.

The region is famous for the Shaolin Temple where the martial art of Kung Fu became institutionalized. There are also a number of other Taoist and Buddhist monasteries in the area. Several of these sites including the Shaolin monastery and Pagoda Forest are a UNESCO World Heritage site. 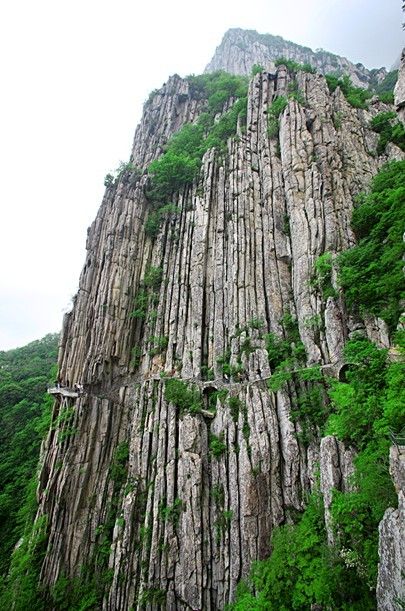 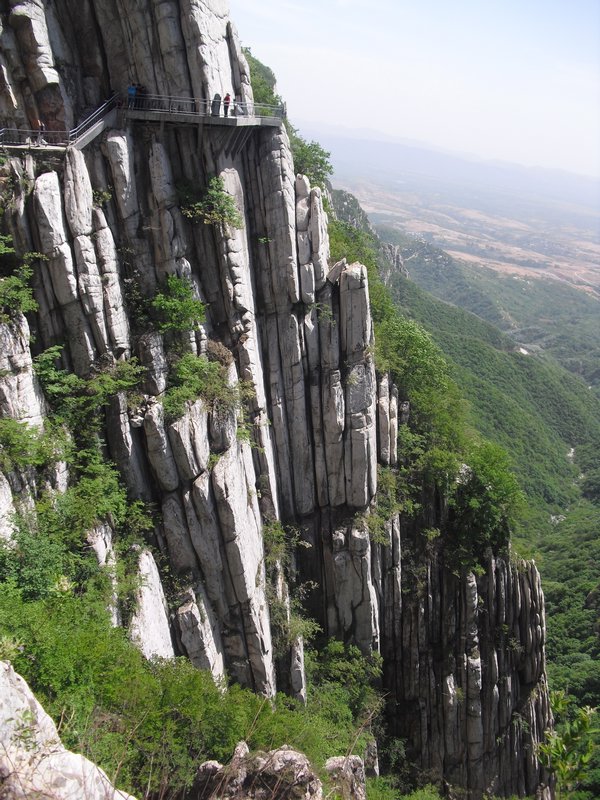 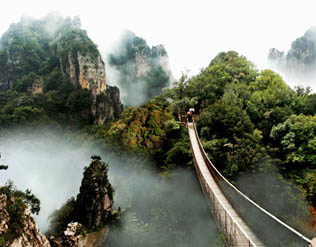 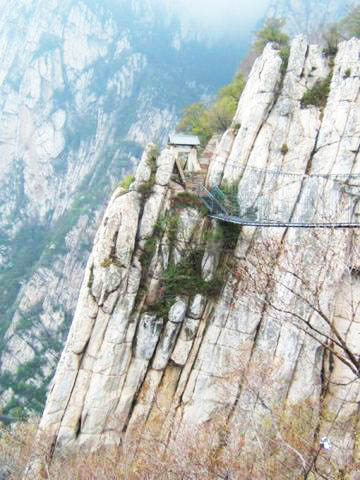 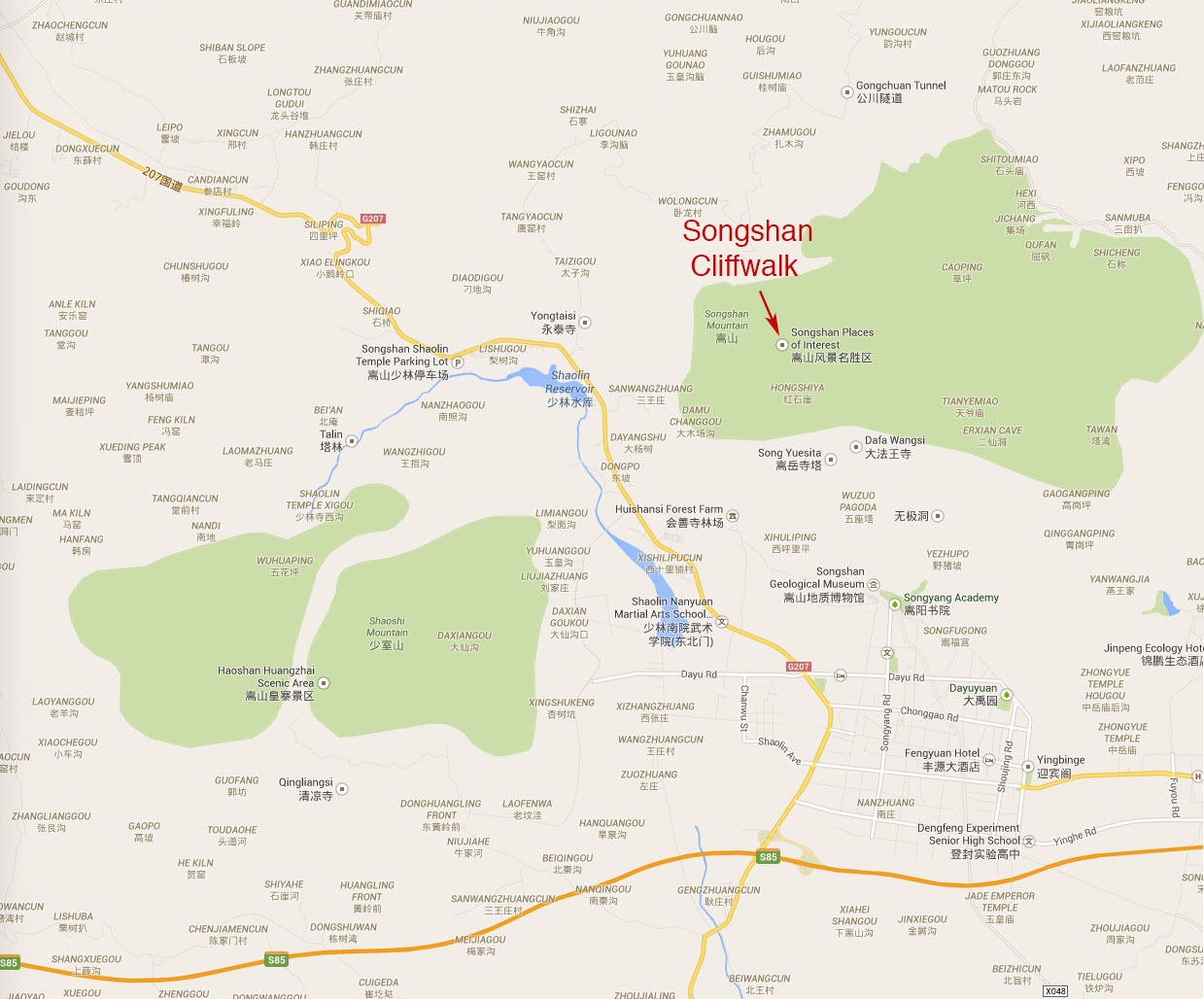 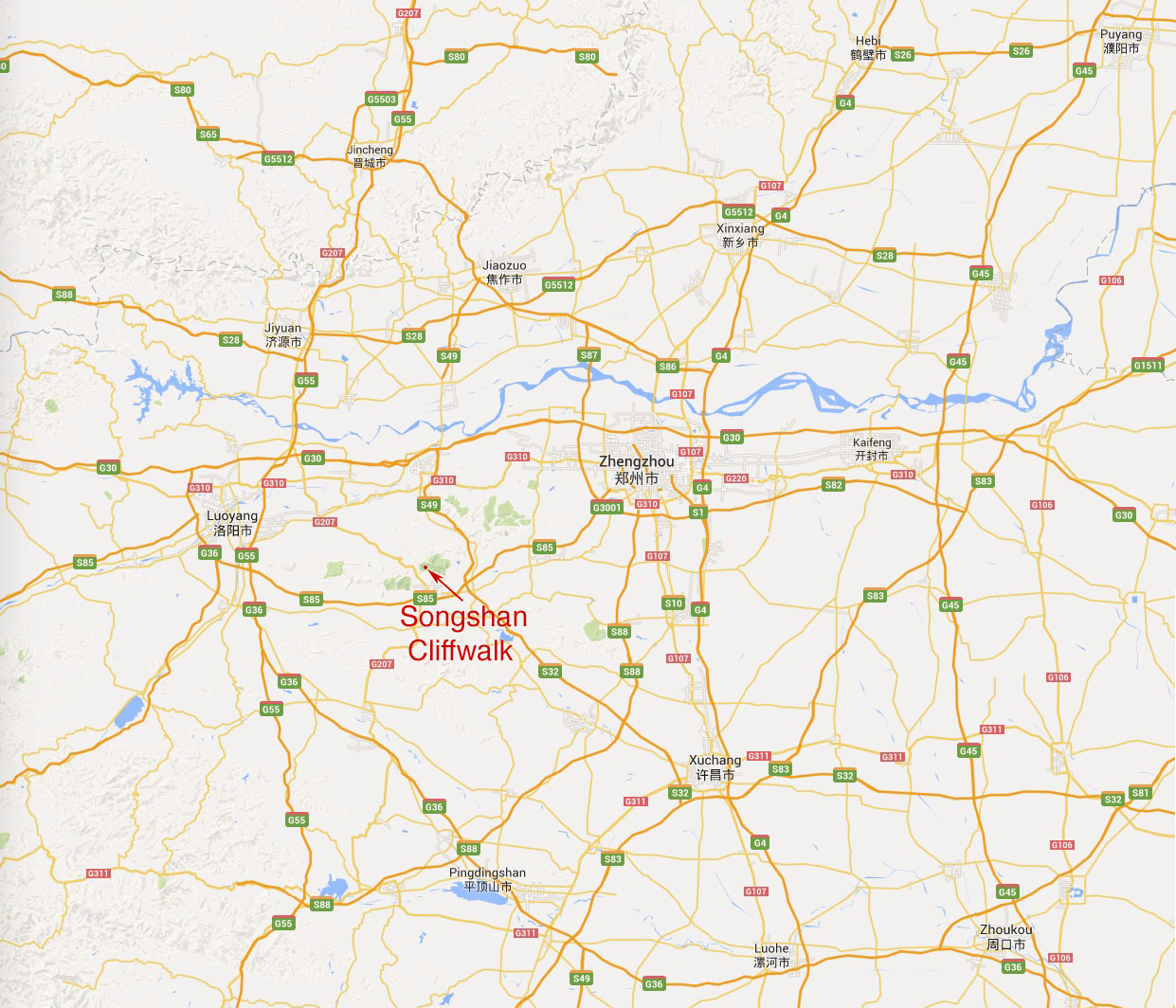