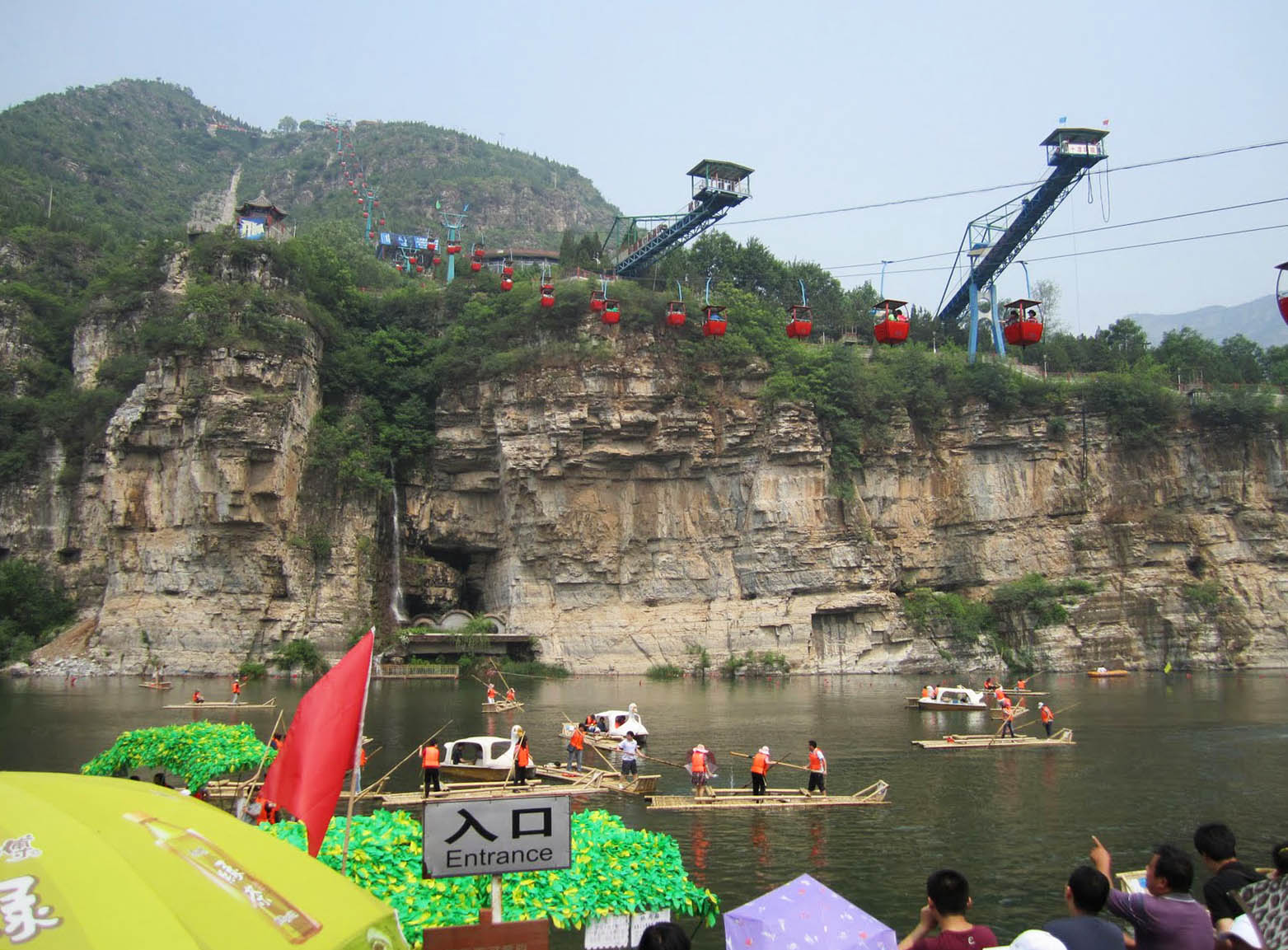 The Shidu Bungee is the first permanent bungee site in China having opened in 1997 and the first of what eventually became 3 cliff bungee locations to be located near the city of Beijing. There are actually 2 separate jump platforms at Shidu. One is 55 meters high and the other is 48 meters high. The second one opened in 1998. Like many mountain resort areas around Beijing, there is also river rafting and a scenic gondola ride. 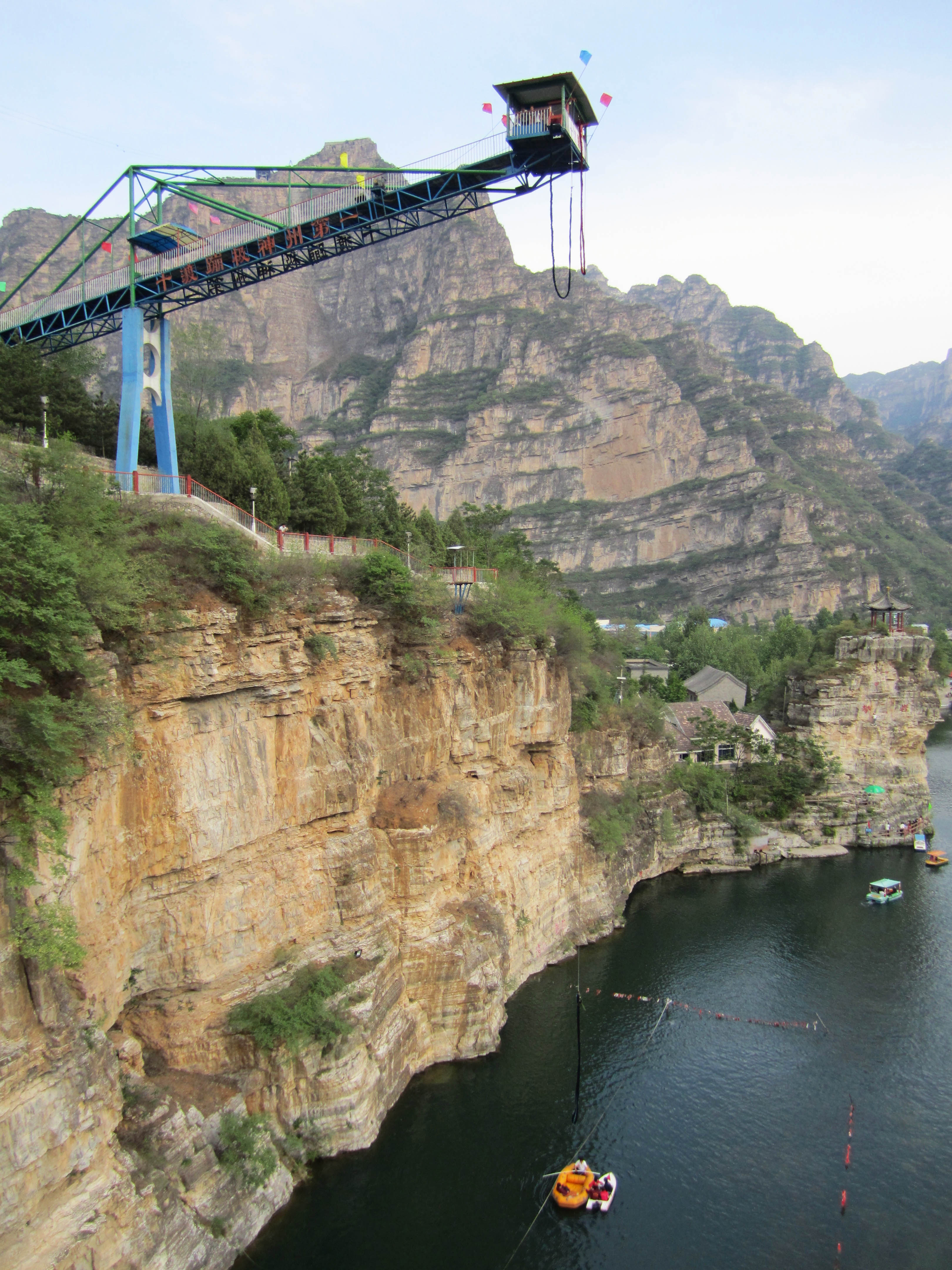 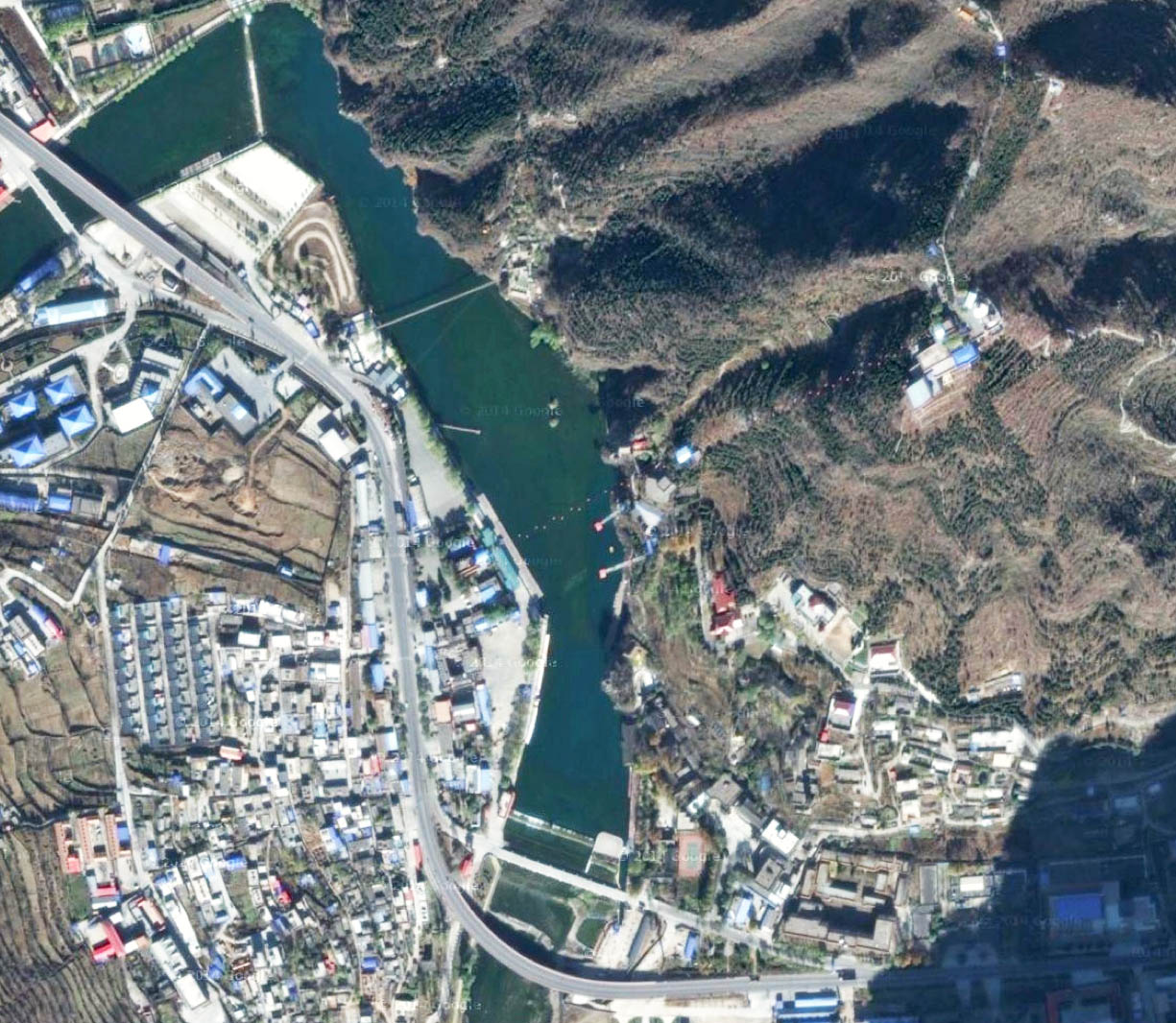 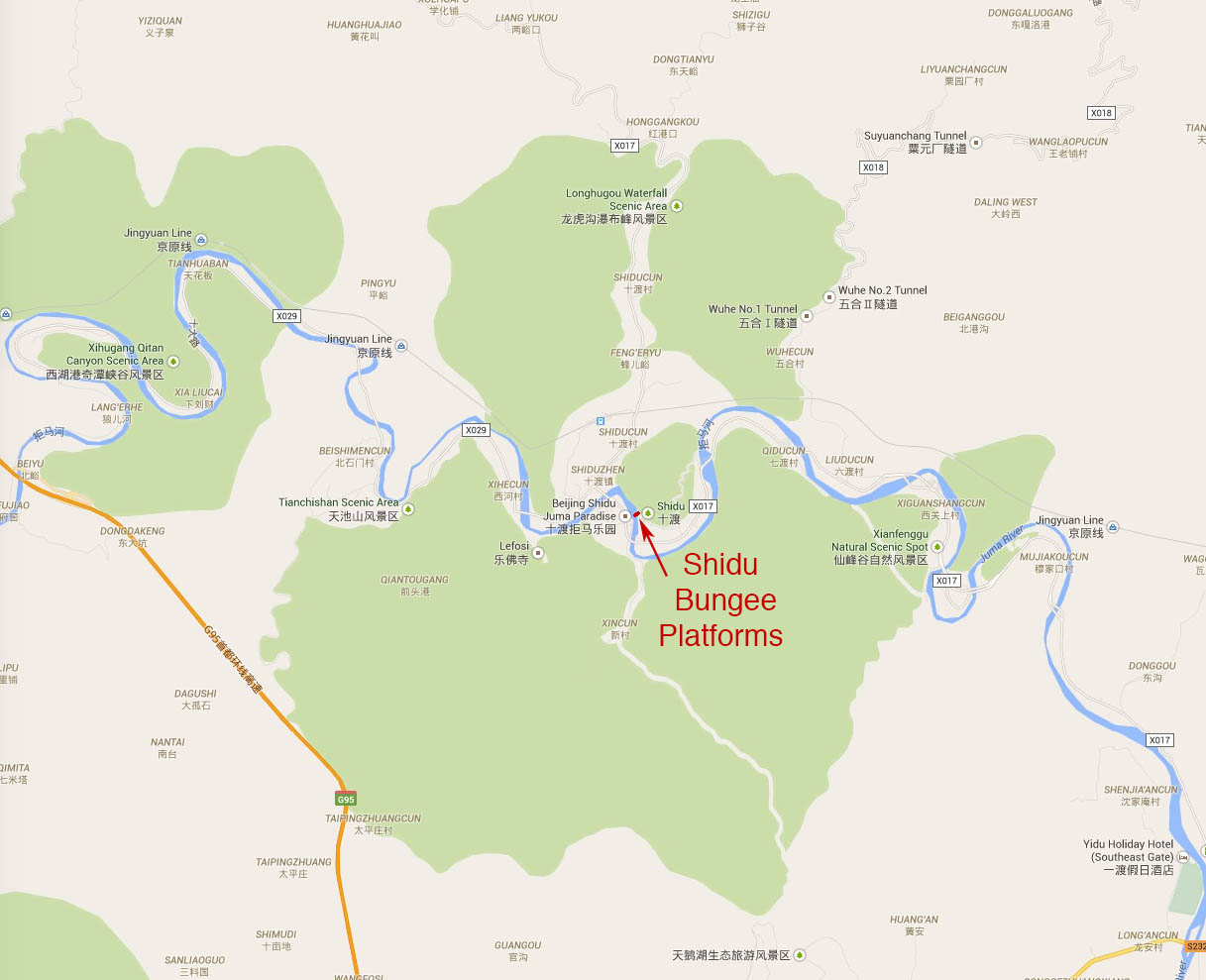