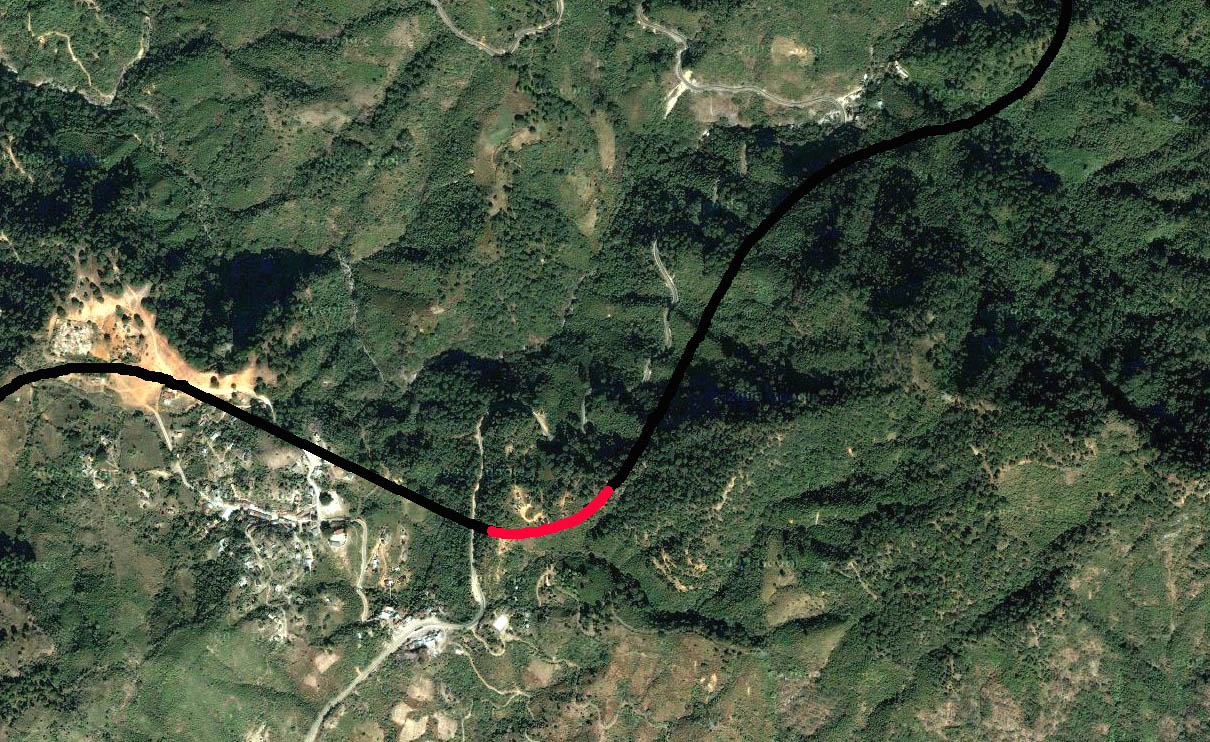 The huge Santa Lucia will be one of many high concrete beam bridges on the Durango-Mazatlán highway now under construction in Durango and Sinaloa states. By cutting a safer, more direct route through the mountains, the highway department of Mexico hopes to improve trade and increase tourism between the city of Durango and the coastal city of Mazatlán. To achieve this connection, the Mexican engineers were forced to design an autopista with no less than 64 tunnels - nearly 10 times more than have ever been built on any road in North America. For big bridge fans, the highway will be no less amazing with a parade of towering concrete beam bridges. Including the Baluarte River crossing, there will be 8 bridges that exceed 300 feet (90 mtrs) in height including Santa Lucia, Neverías, La Pinta, Chico, Botijas, Pueblo Nuevo and El Carrizo. Only China’s West Hurong and Kunming-Guiyang and Italy’s A3 highways have a greater collection of high bridges. 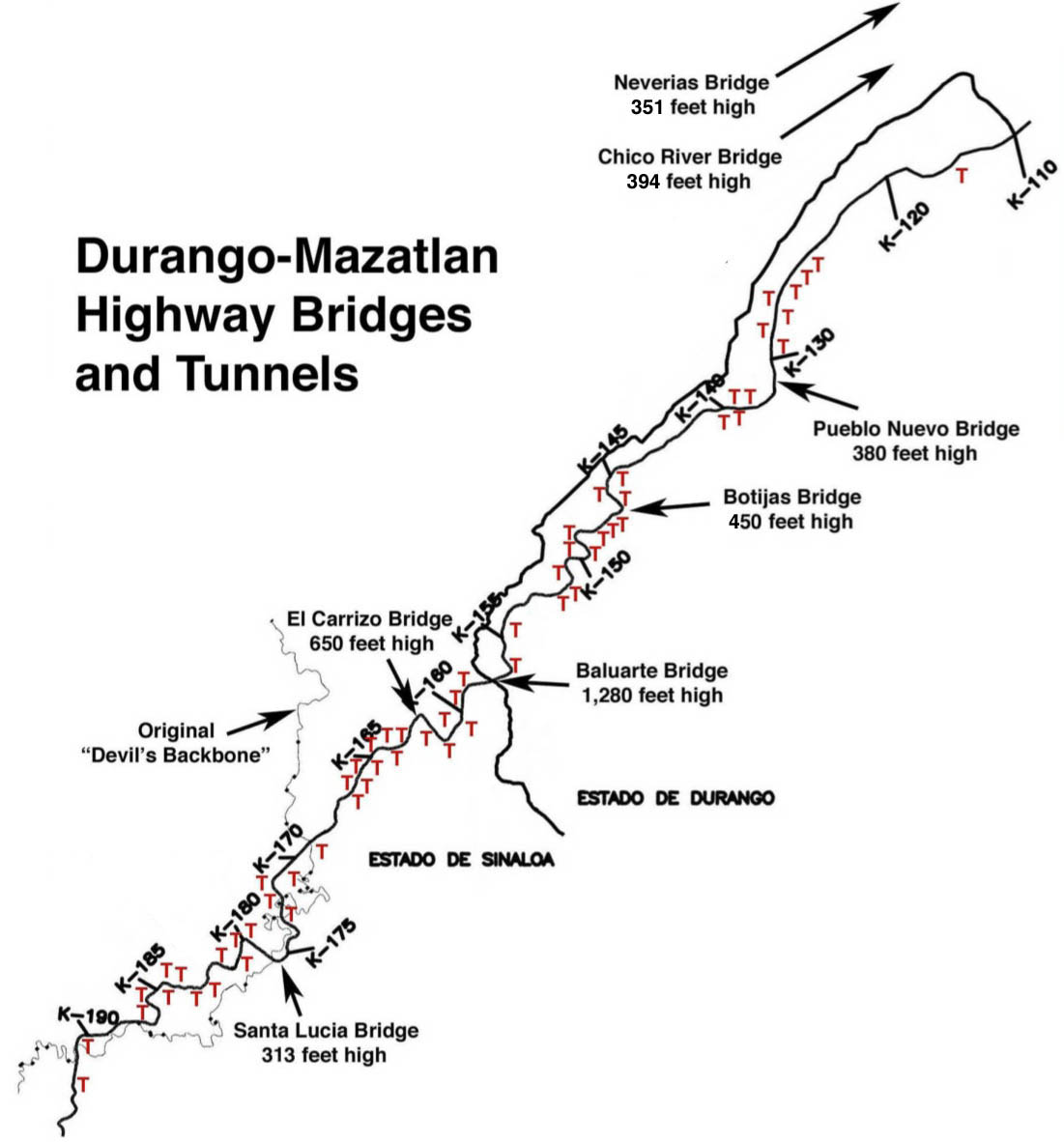 Map of the Durango-Mazatlan highway showing the location of the 9 highest bridges and 59 of the 63 tunnels. The Neverías, La Pinta and Rio Chico bridges were completed between 2005 and 2008 and are open to traffic. The rest of the highway will open in 2012.