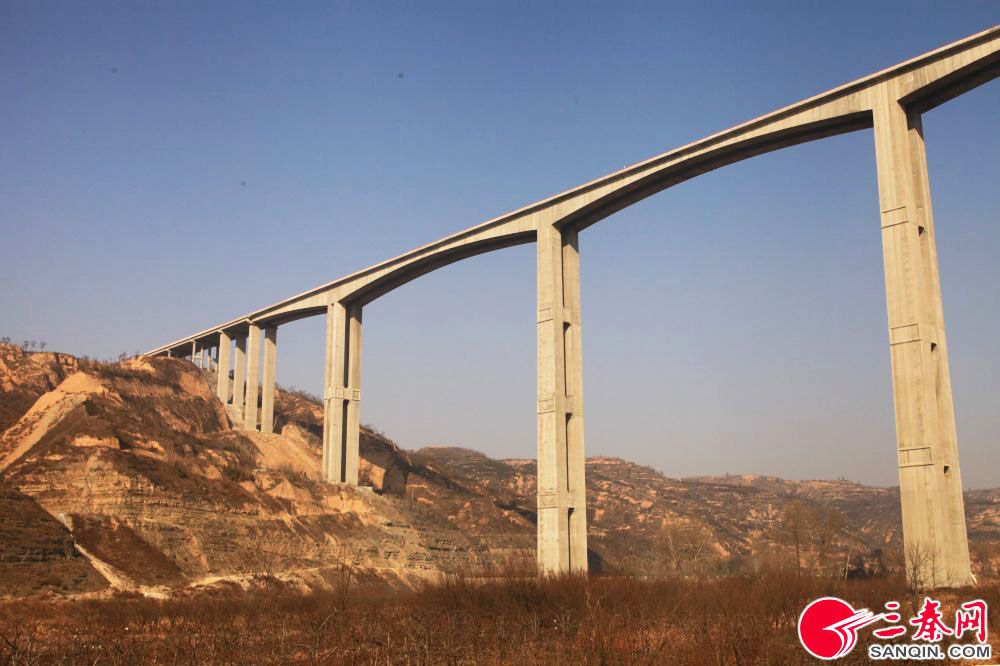 With dozens of giant beam bridges crossing its endless desert plateaus, Shaanxi Province was long overdue to finally get a bridge that would put it in the record books. That day has finally come in the form of the towering Sanshuihe Viaduct. With 5 beam spans of 185 meters resting atop piers more then 180 meters high, this is the largest beam bridge viaduct on earth exceeding both the Longtanhe Viaduct and the Kochertal Viaduct. Among all of the world's viaducts it ranks 3rd behind the cable stayed Millau and Chishi bridges.

The tallest pier is 183 meters and ranks among the world's top 10. The total length of this colossus is 1,688 meters and includes 10 approach spans on the southeast side and 4 approach spans on the northwest side. The 6 super tall piers have heights of 85, 112, 177, 183, 180 and 112 meters. Like the Longtanhe Viaduct in Hubei, the Sanshuihe crosses a relatively flat but extremely wide river valley. This gap was so great the engineers proposed a long span suspension bridge as well as a double span cable stayed bridge. The bridge is located at kilometer 88 at the northern end of the Xianyang-Chunhua-Xunyi Expressway. The 4-lane route has 3 other high beam bridges including Jiangyuanhe, Xiaohuagou and Tongshengou. 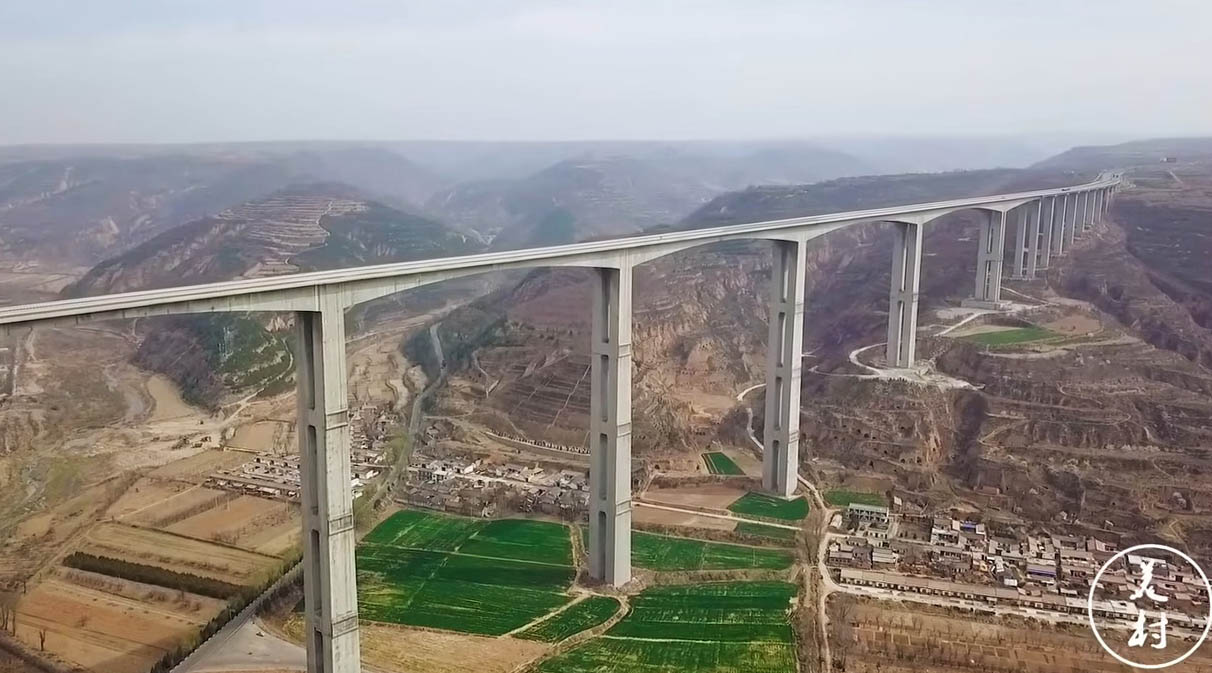 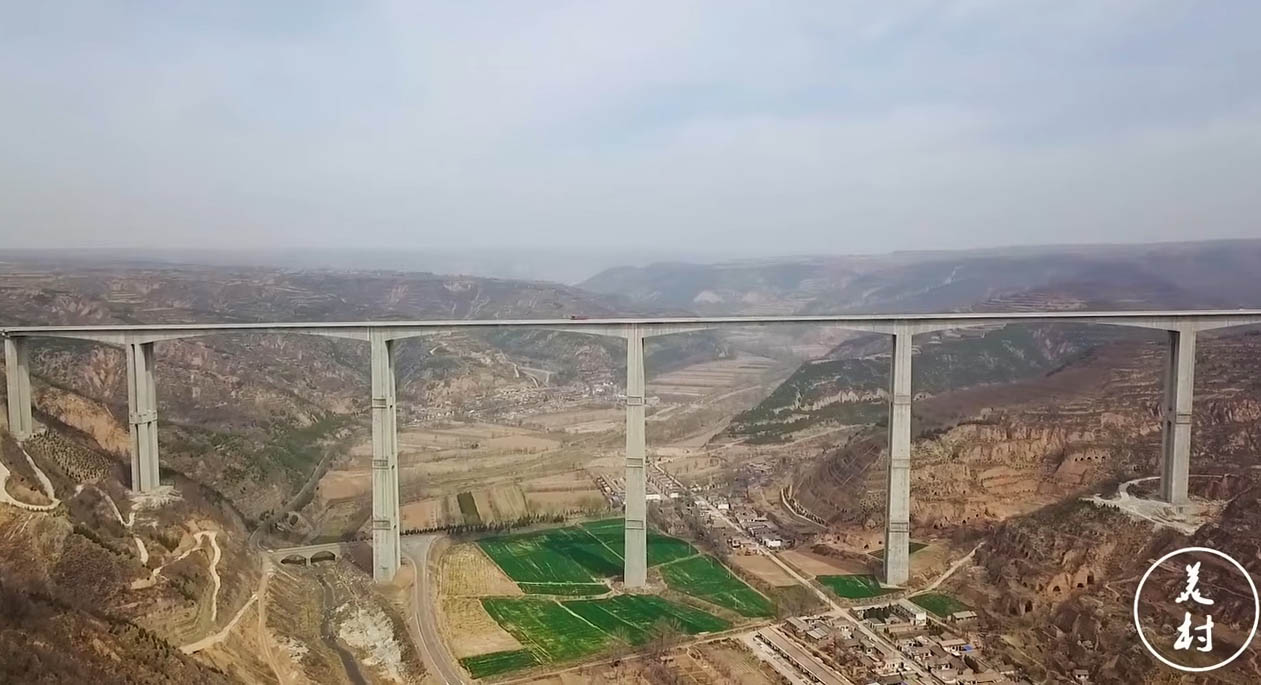 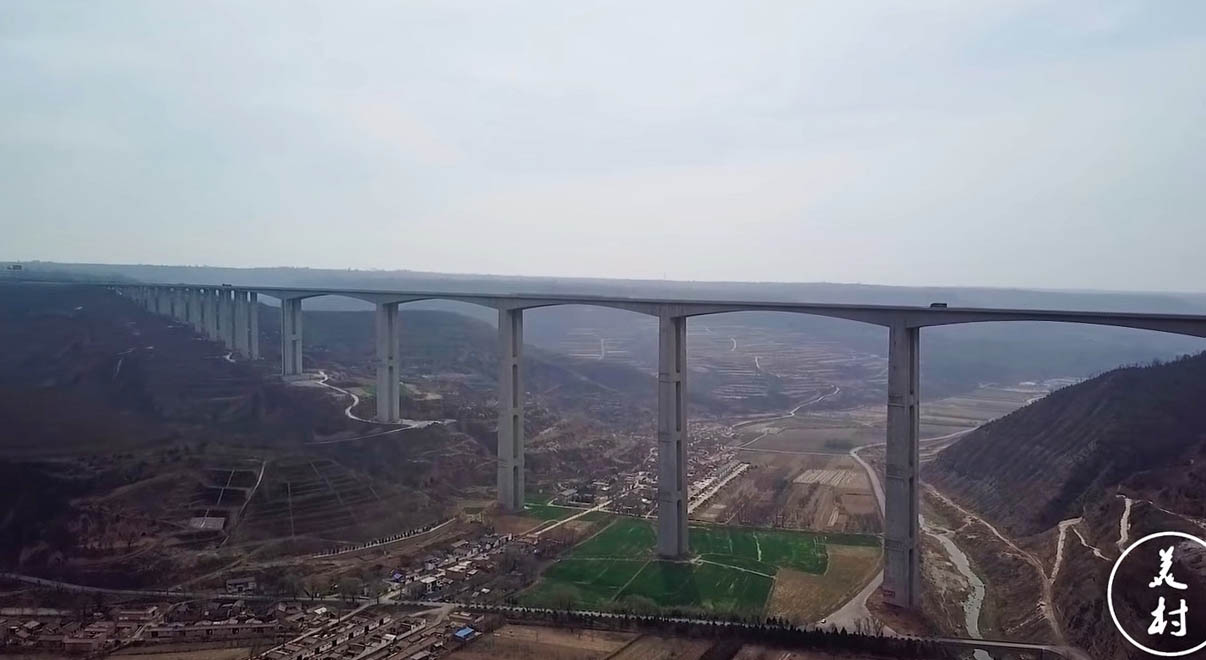 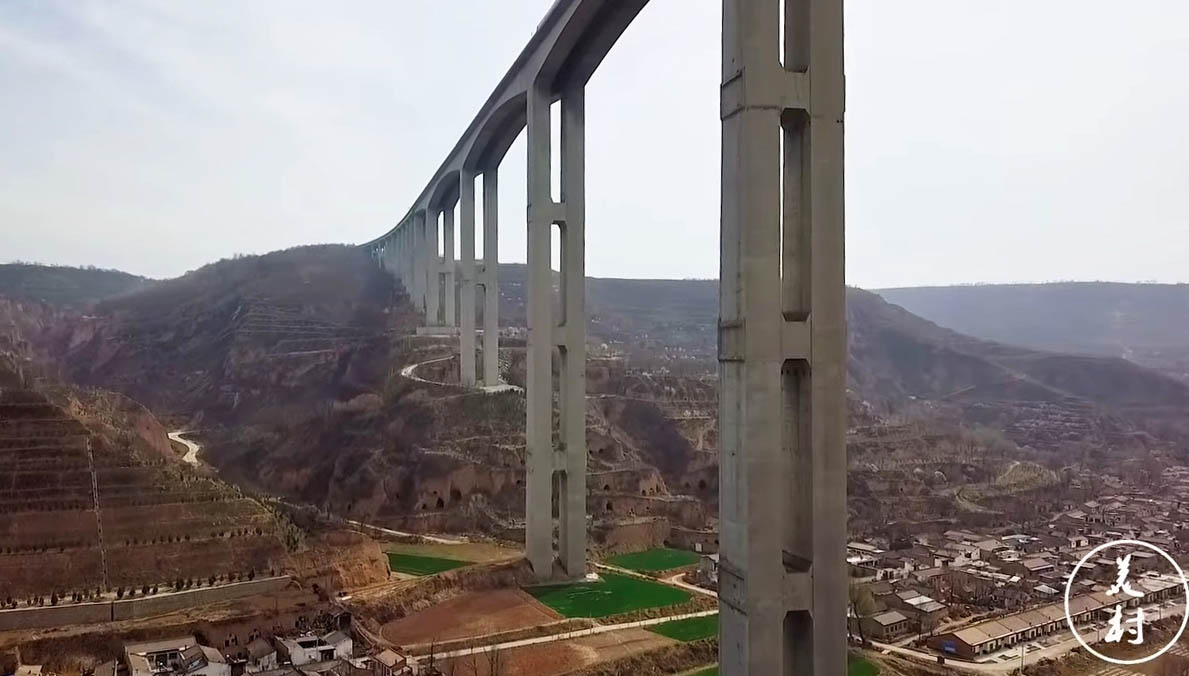 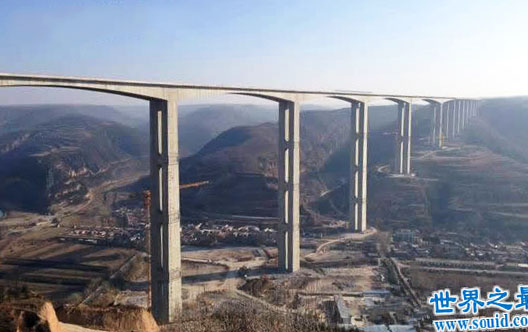 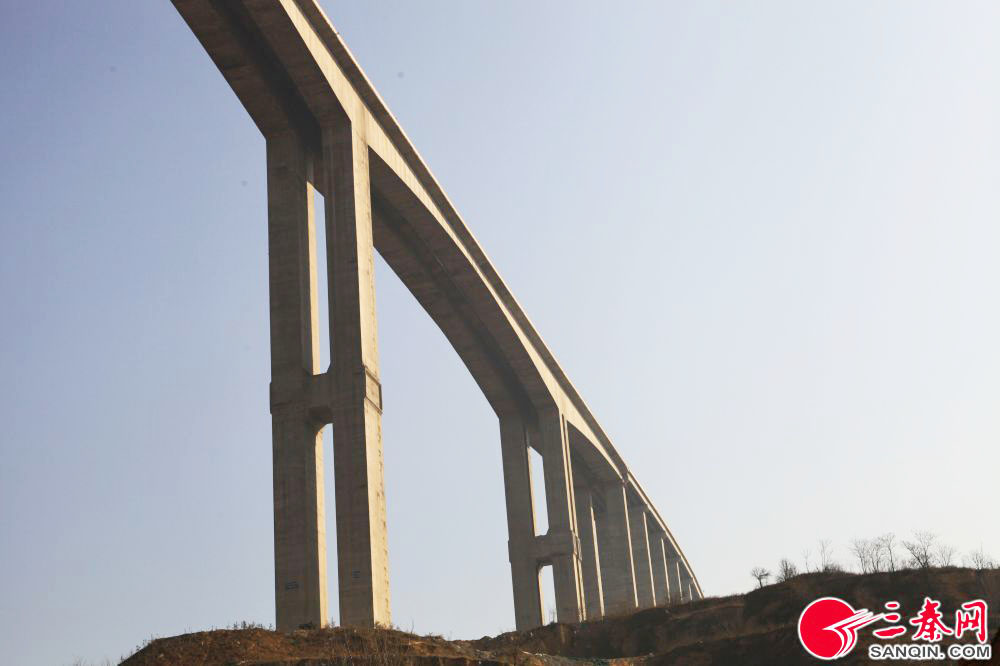 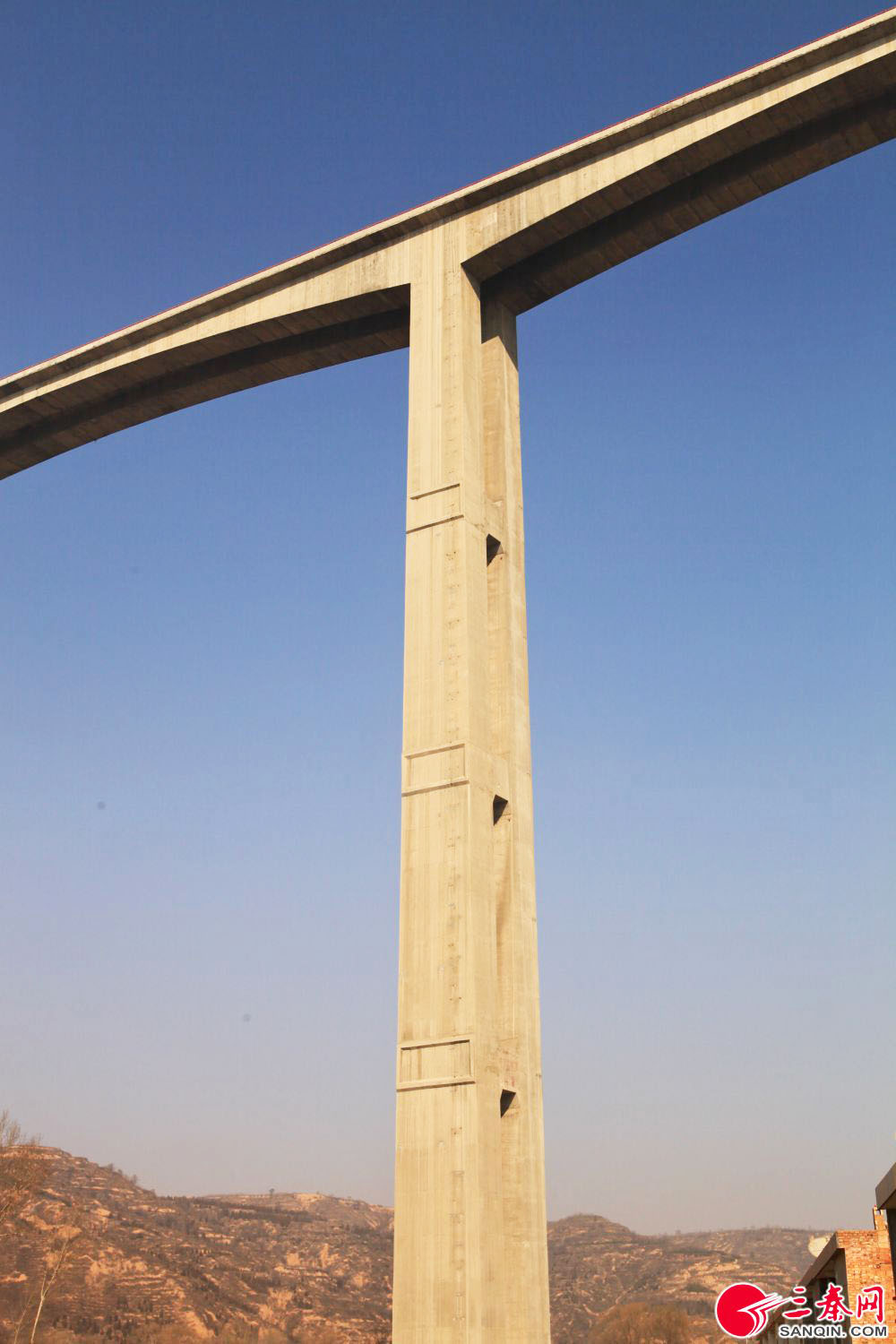 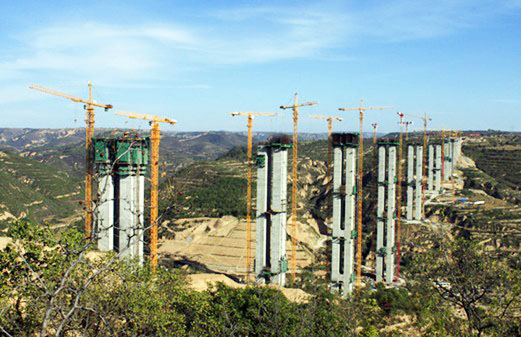 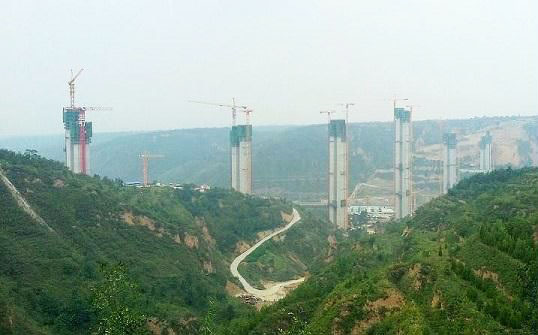 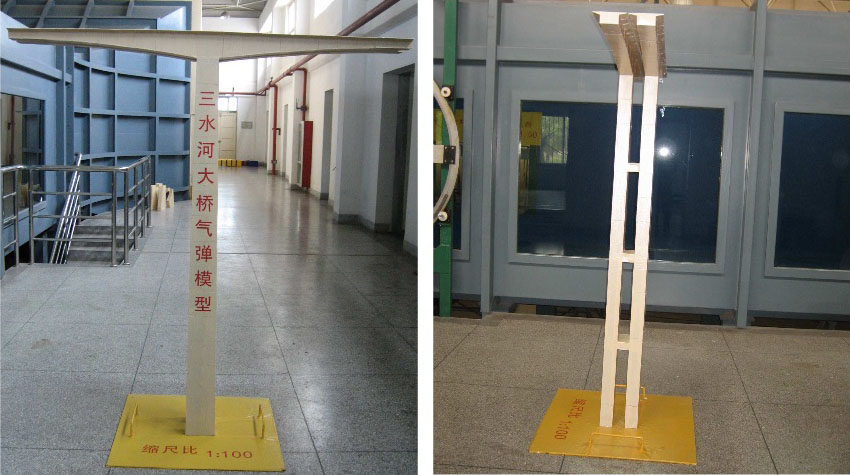 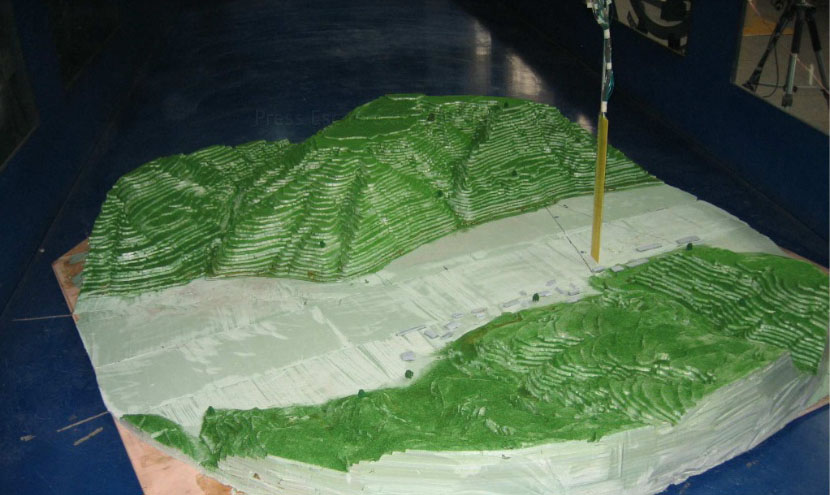 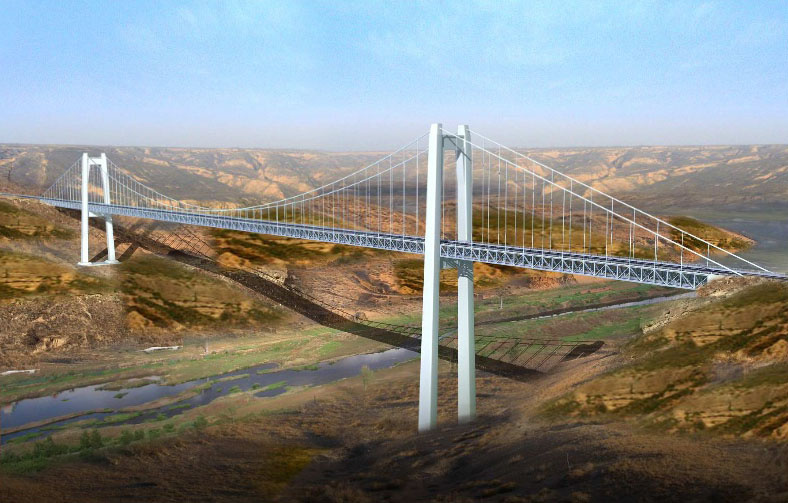 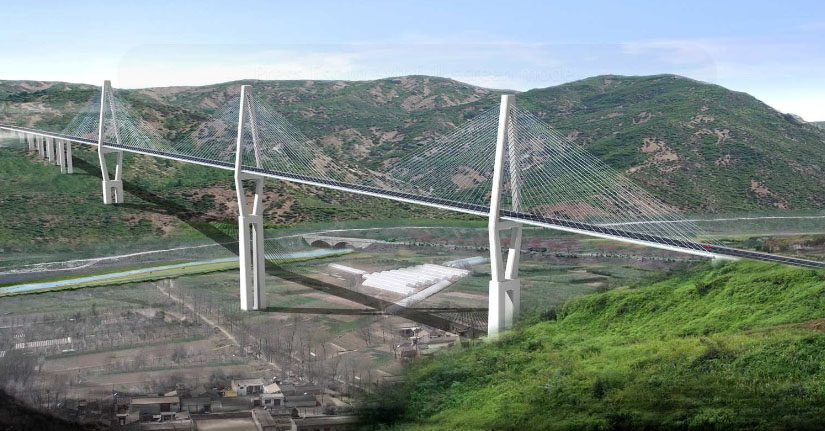 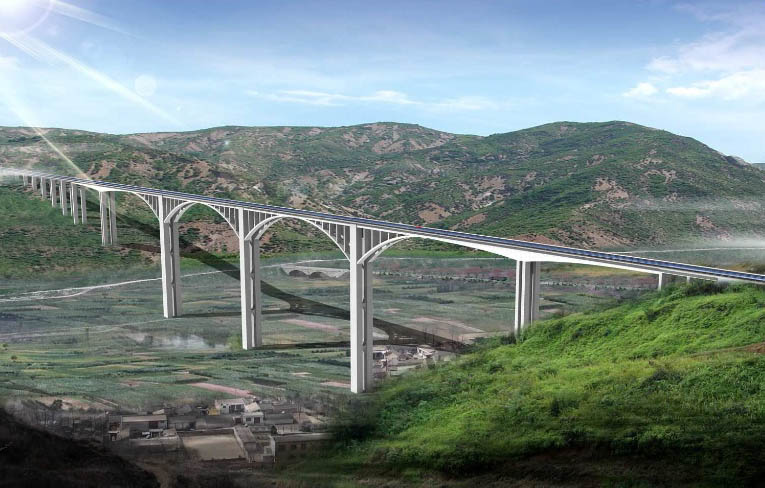 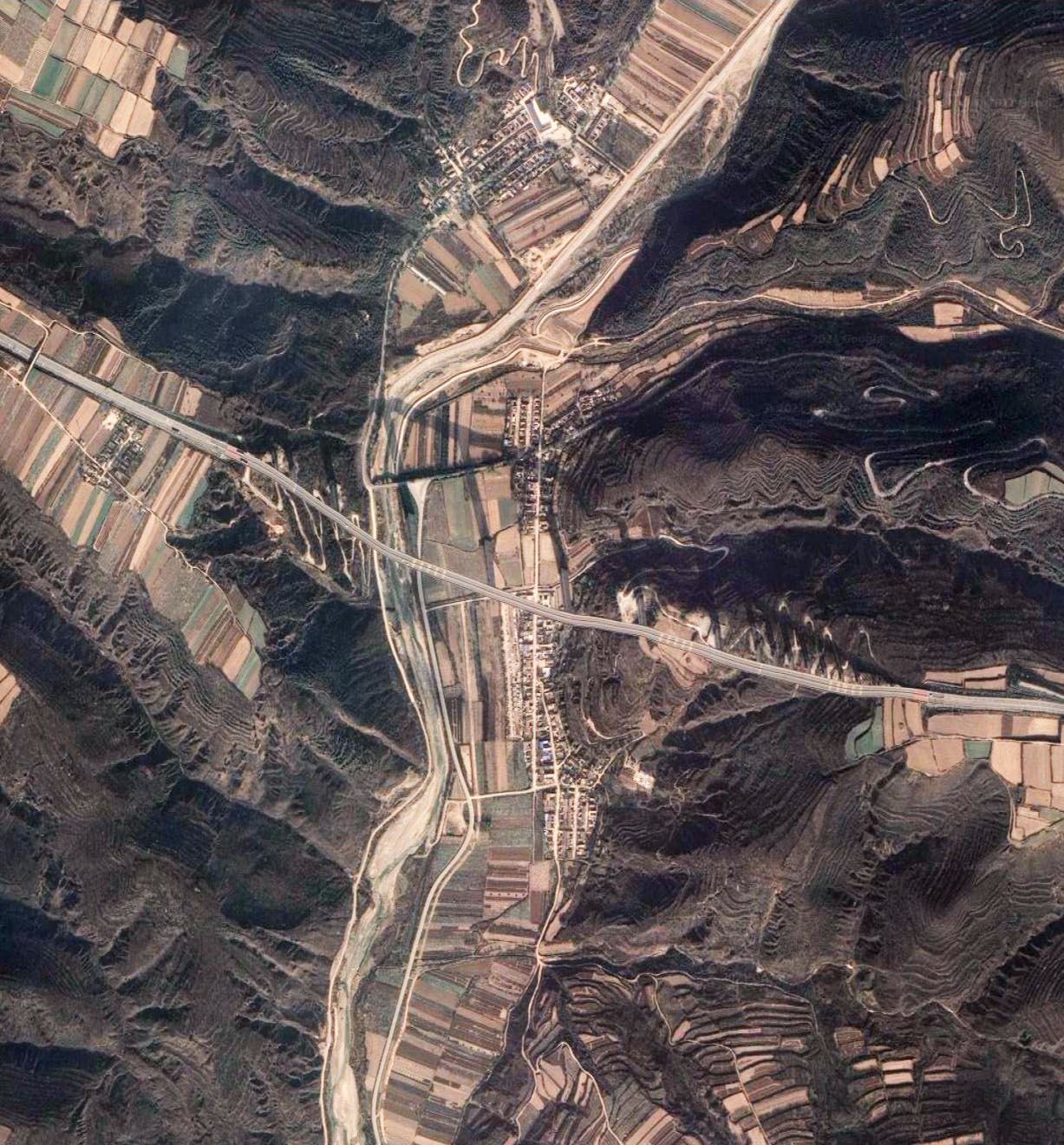 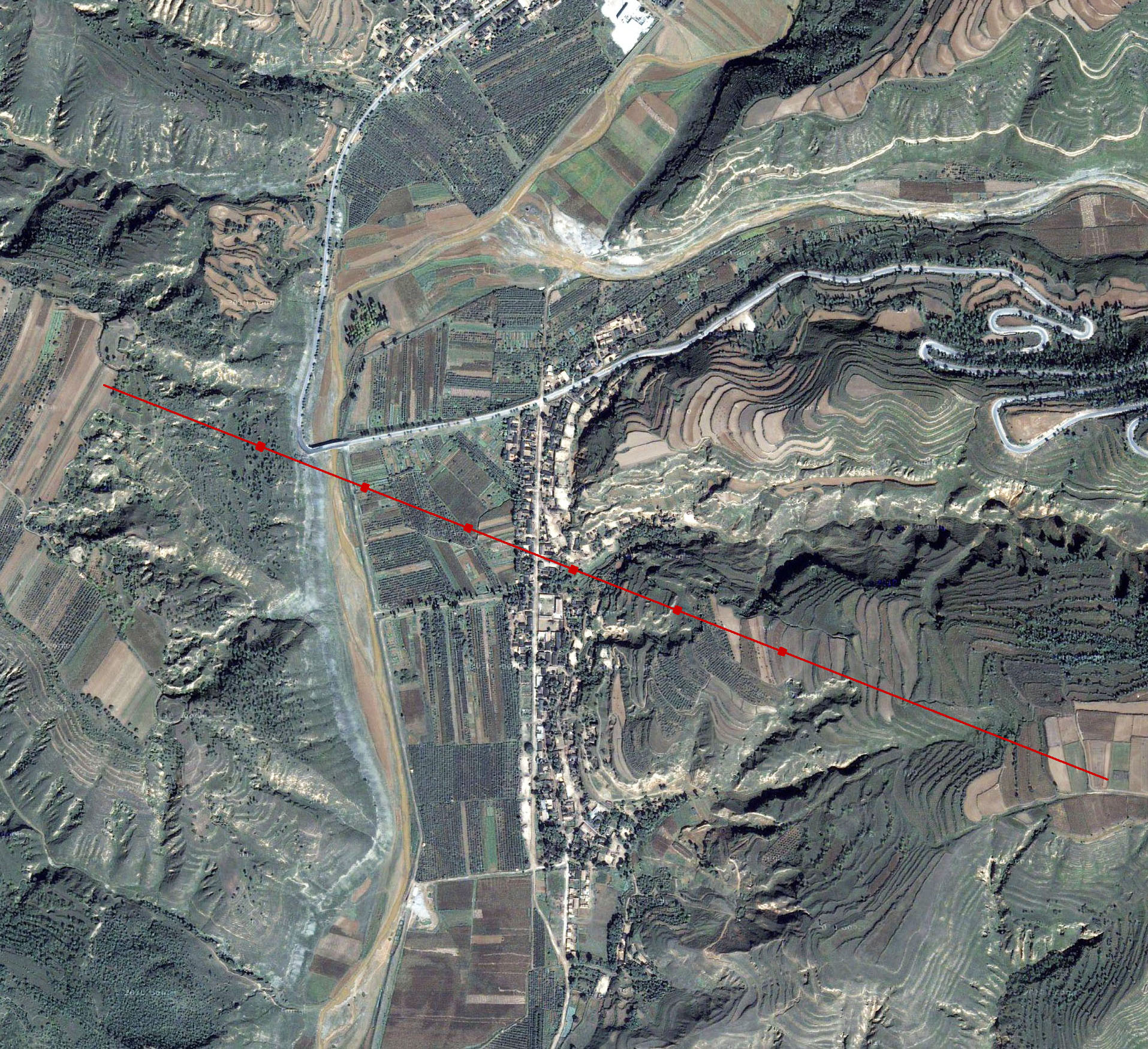 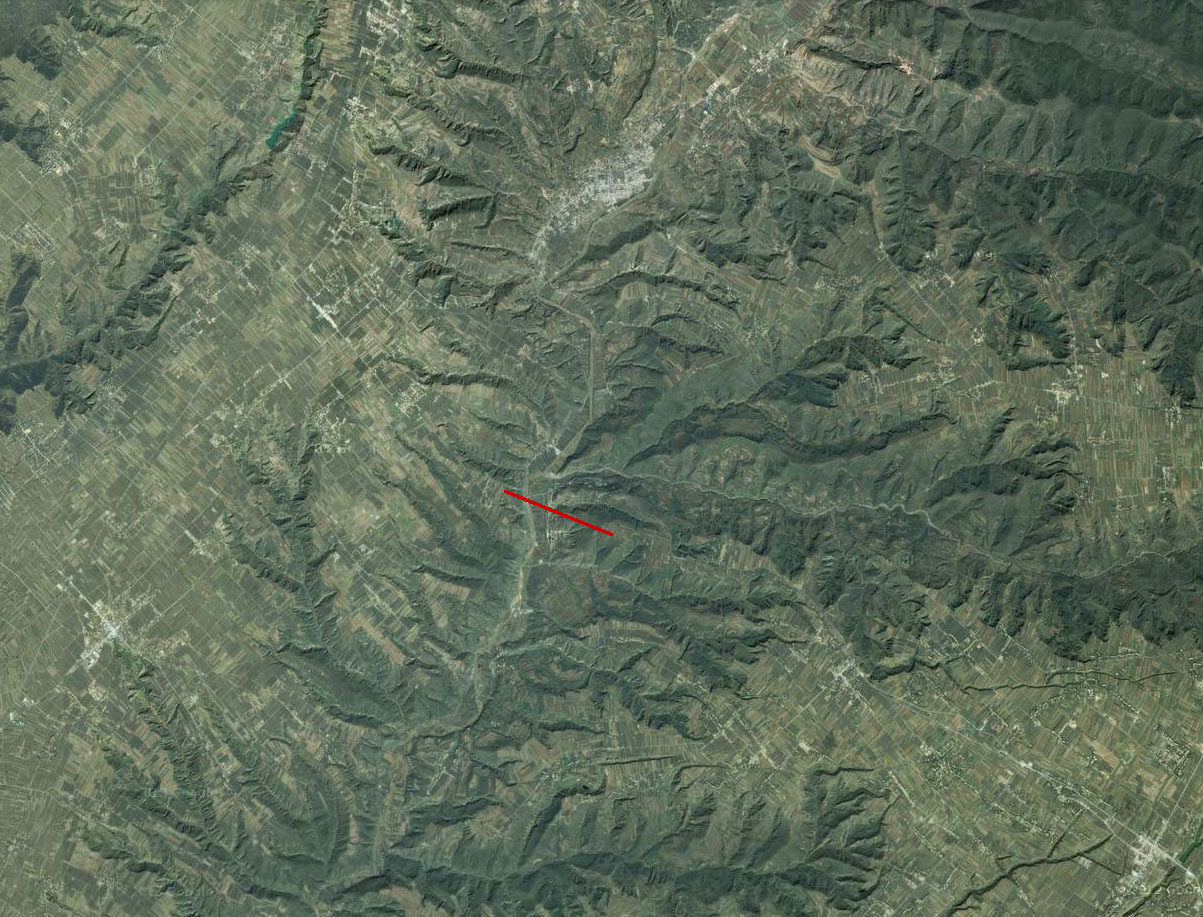 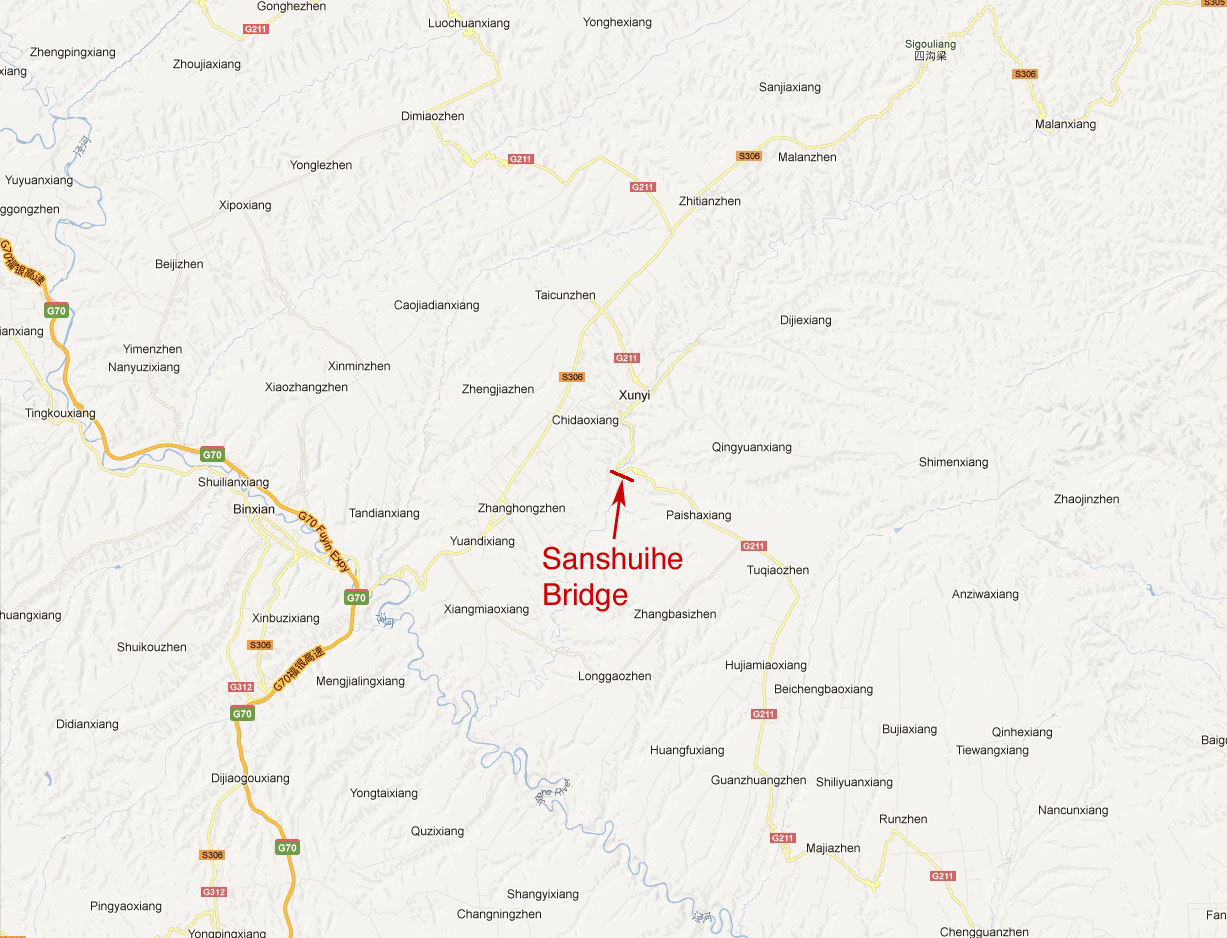 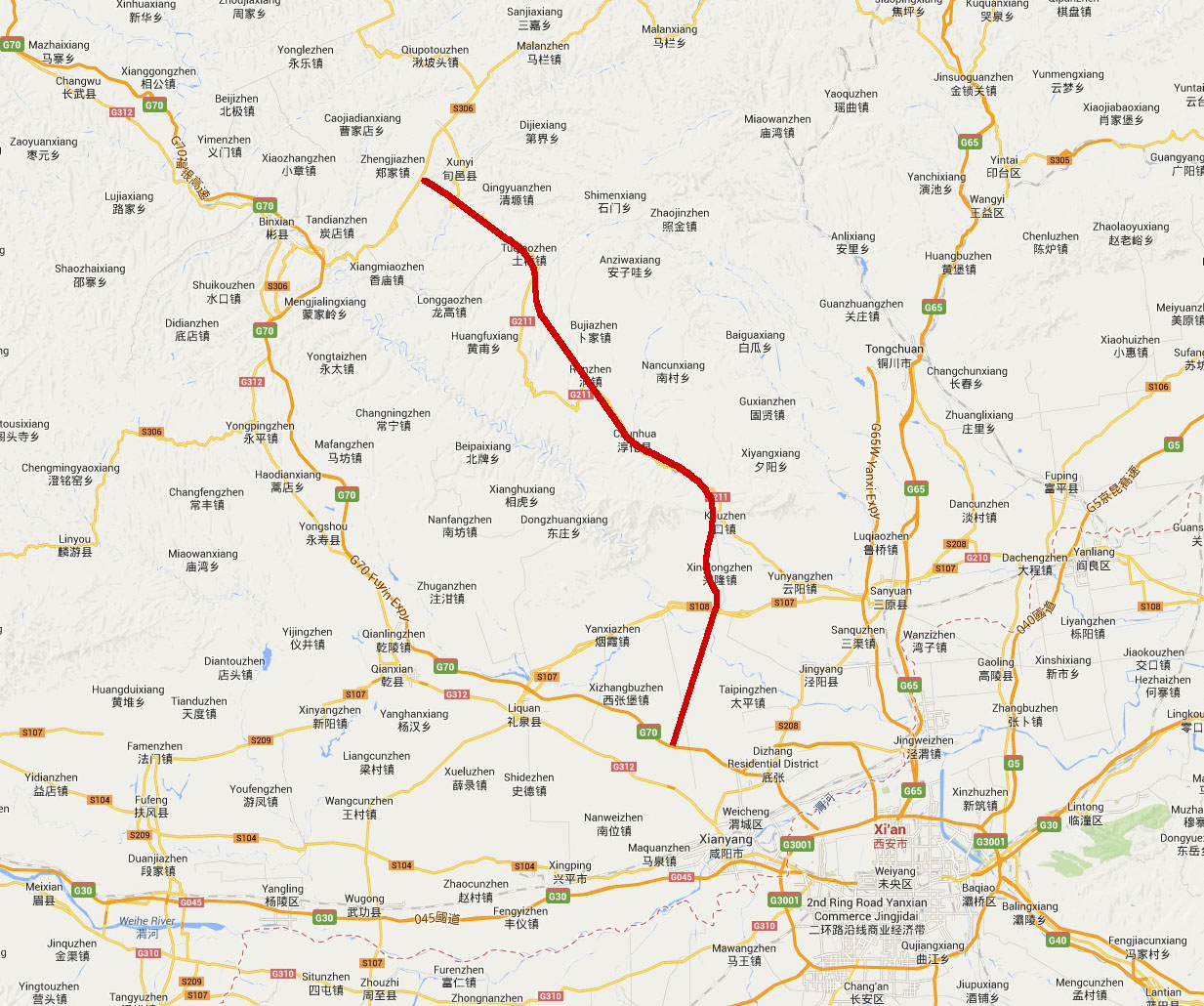