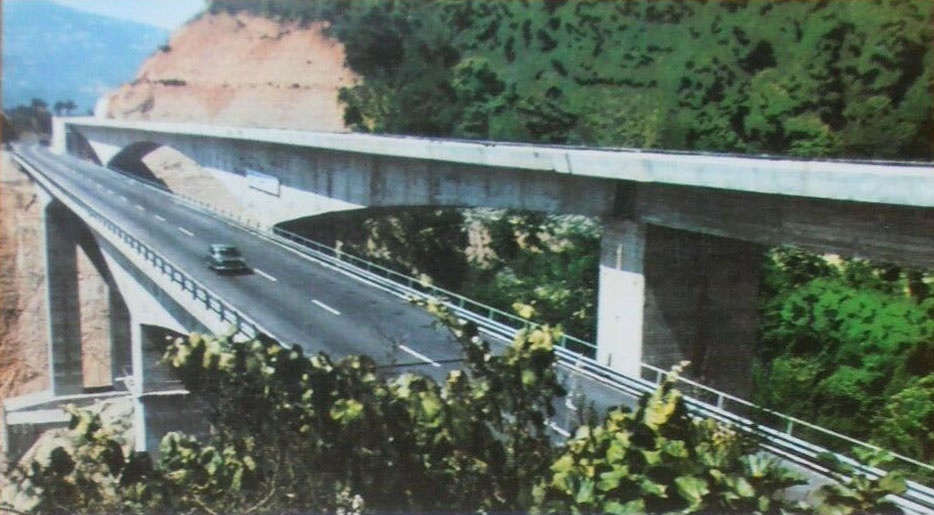 Named after the planner of the Autostrada A3 motorway, the Salvatore Ruiz Bridge crosses a deep gully that plunges down into the spectacular Savuto River canyon. The dual viaducts are offset from each other with the Southbound structure running 6 meters higher then the Northbound span. The forest is so thick below the bridge it can be difficult to see how high the span really is.

Just to the north is the Viadotto Stupino, the highest concrete beam bridge on Italy’s famous A3 motorway (now part of the A2 motorway). Crisscrossing several mountain ranges in southern Italy, the Salerno-Reggio Calabria was built in several sections throughout the 1970s and stretches 300 miles (483 kms) from Napoli to the tip of Italy’s boot near the island of Sicily. With dozens of tunnels and towering bridges, the current A2 is a showcase of Italian engineering with the greatest number of high bridges of any roadway in the world outside of China. 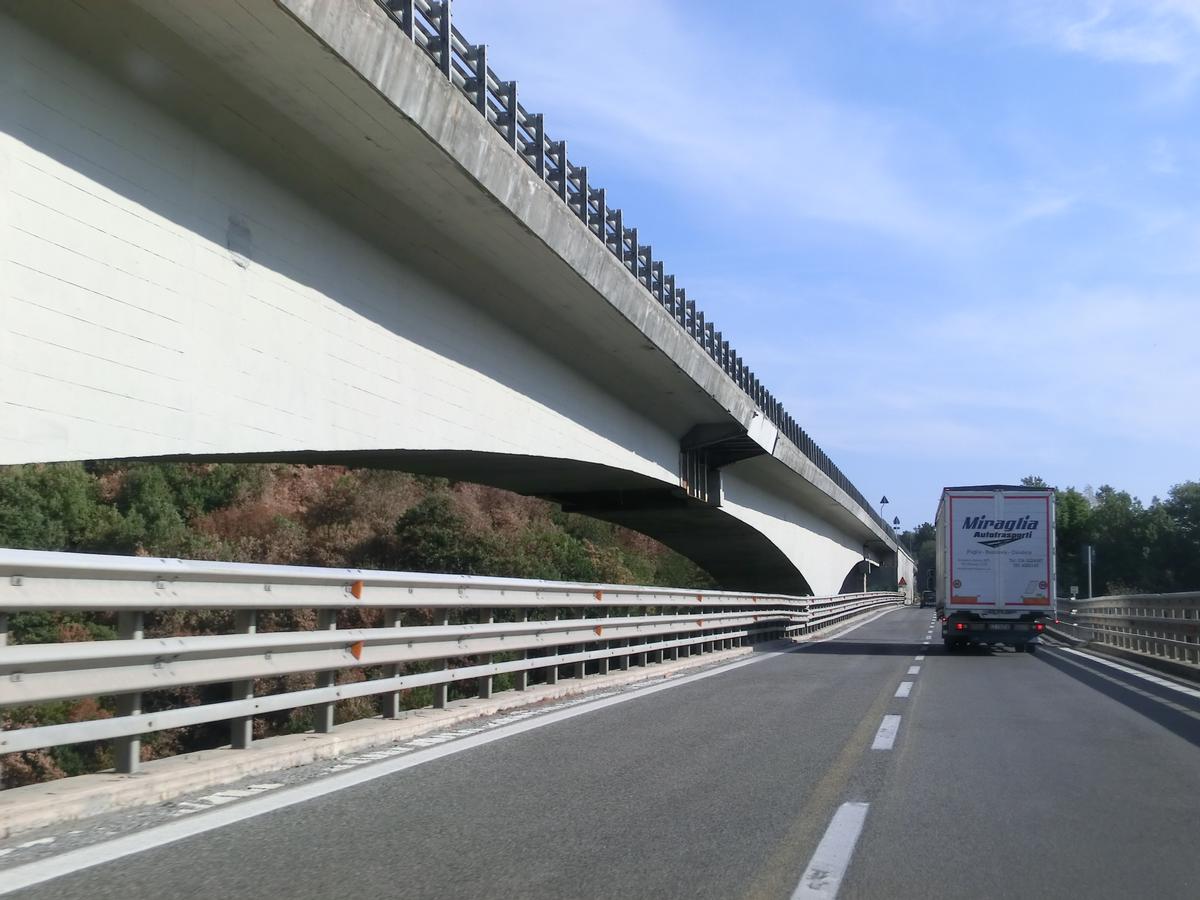 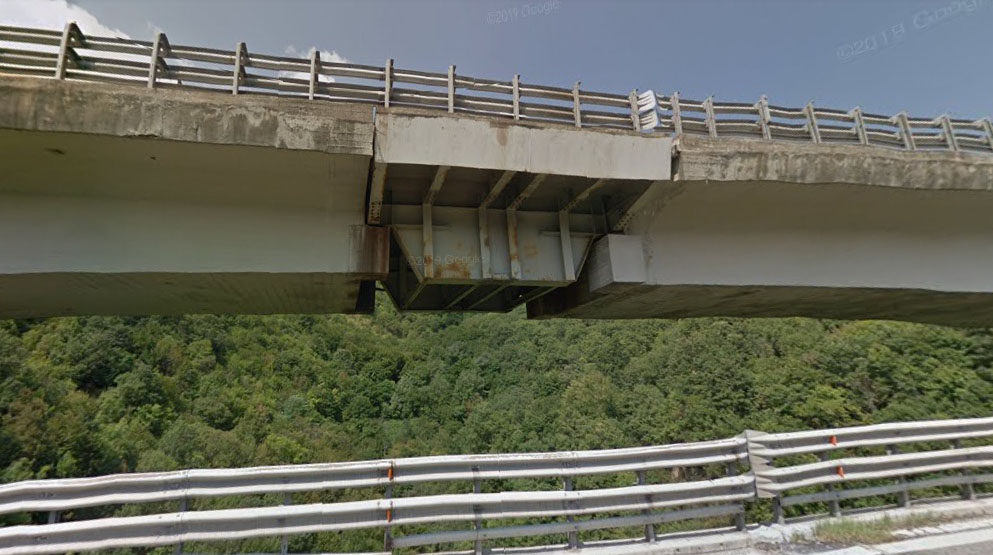 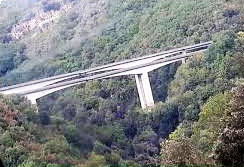 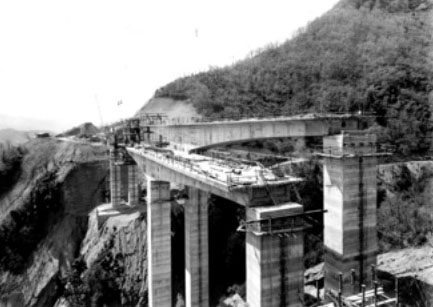 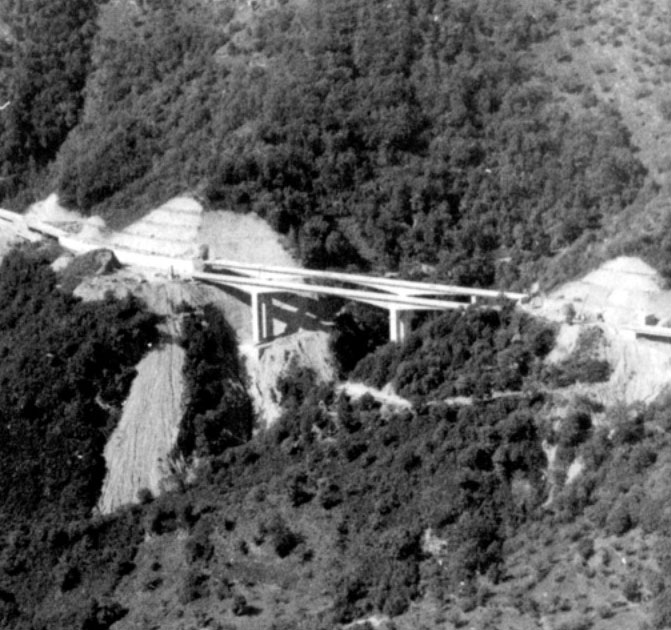 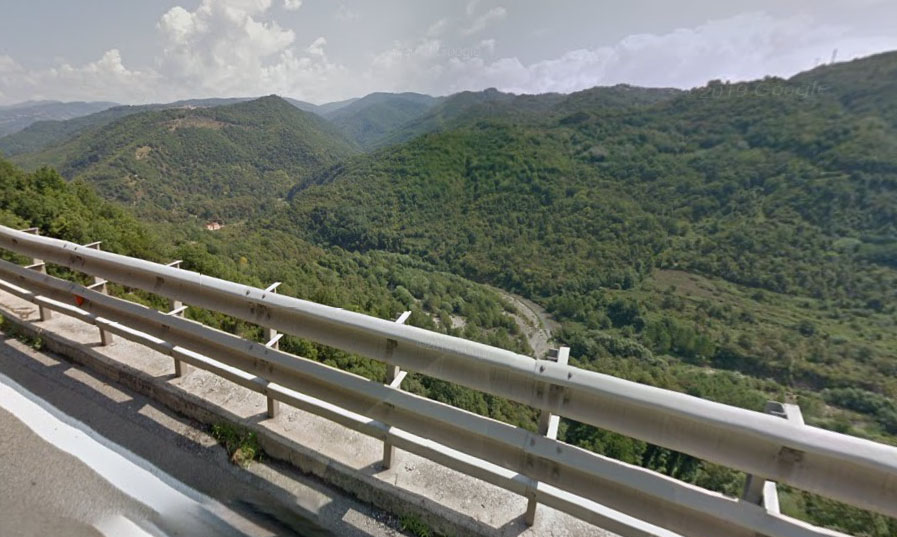 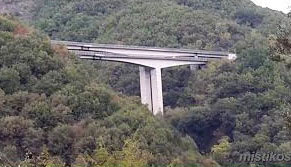 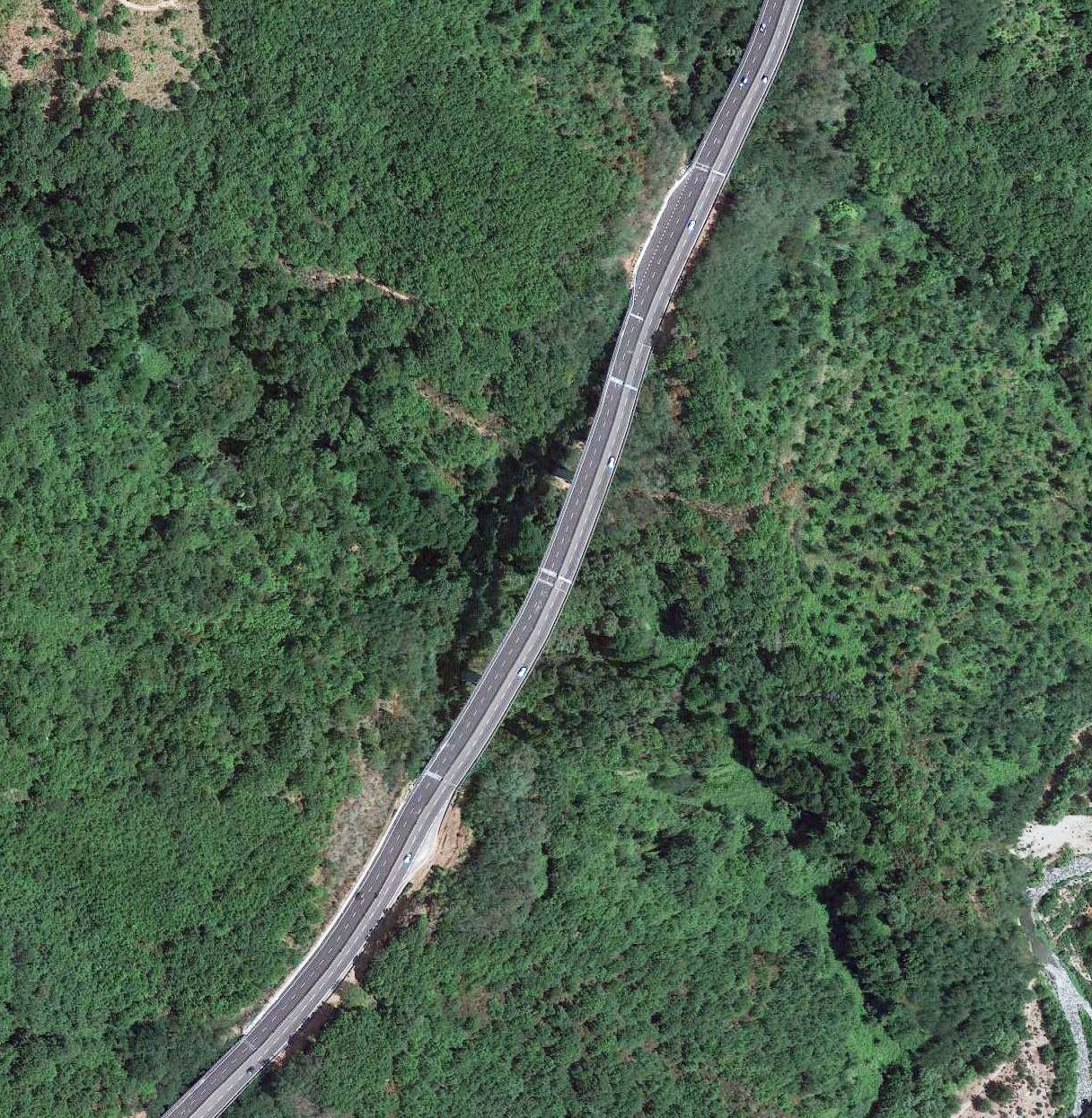 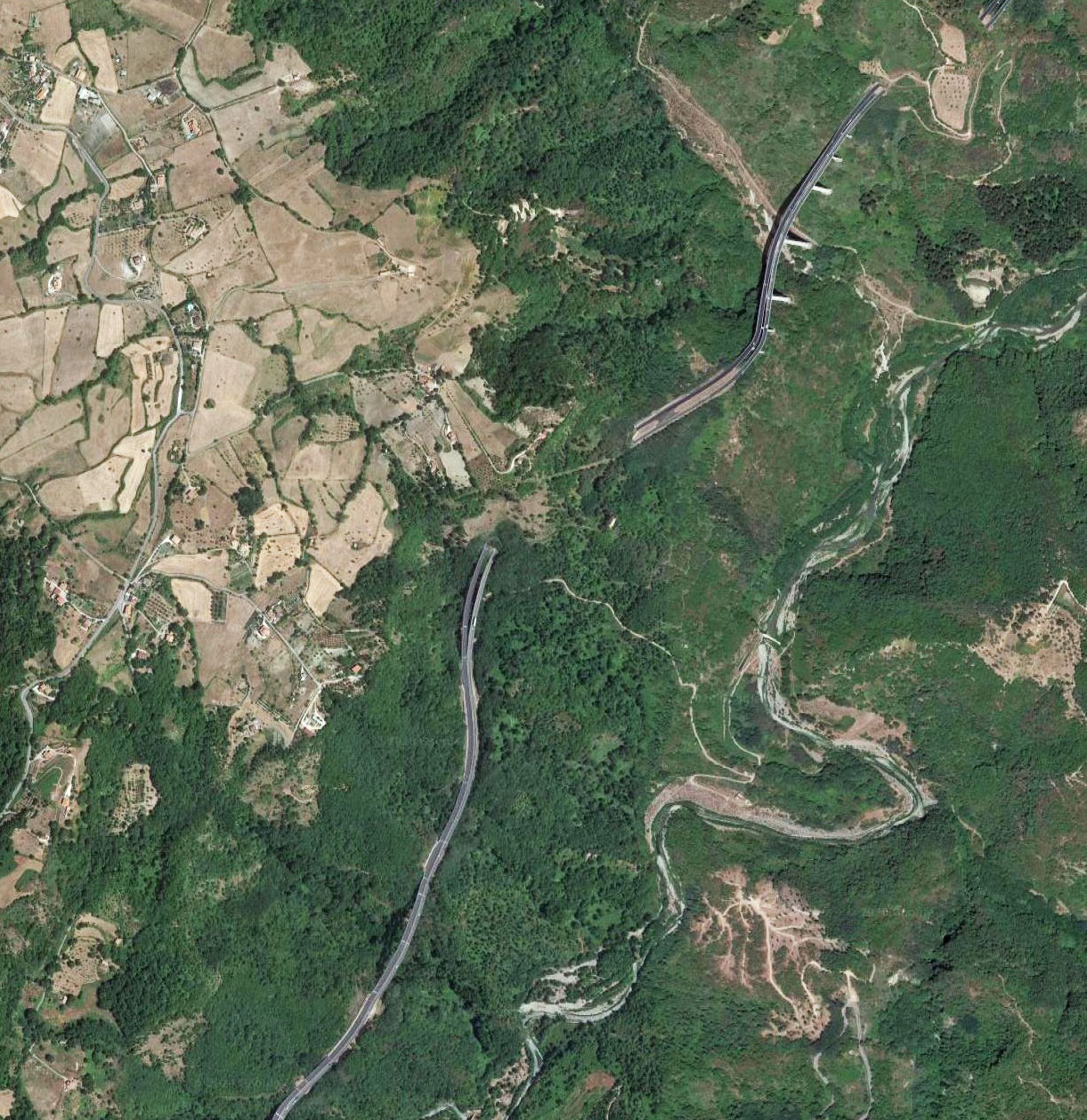 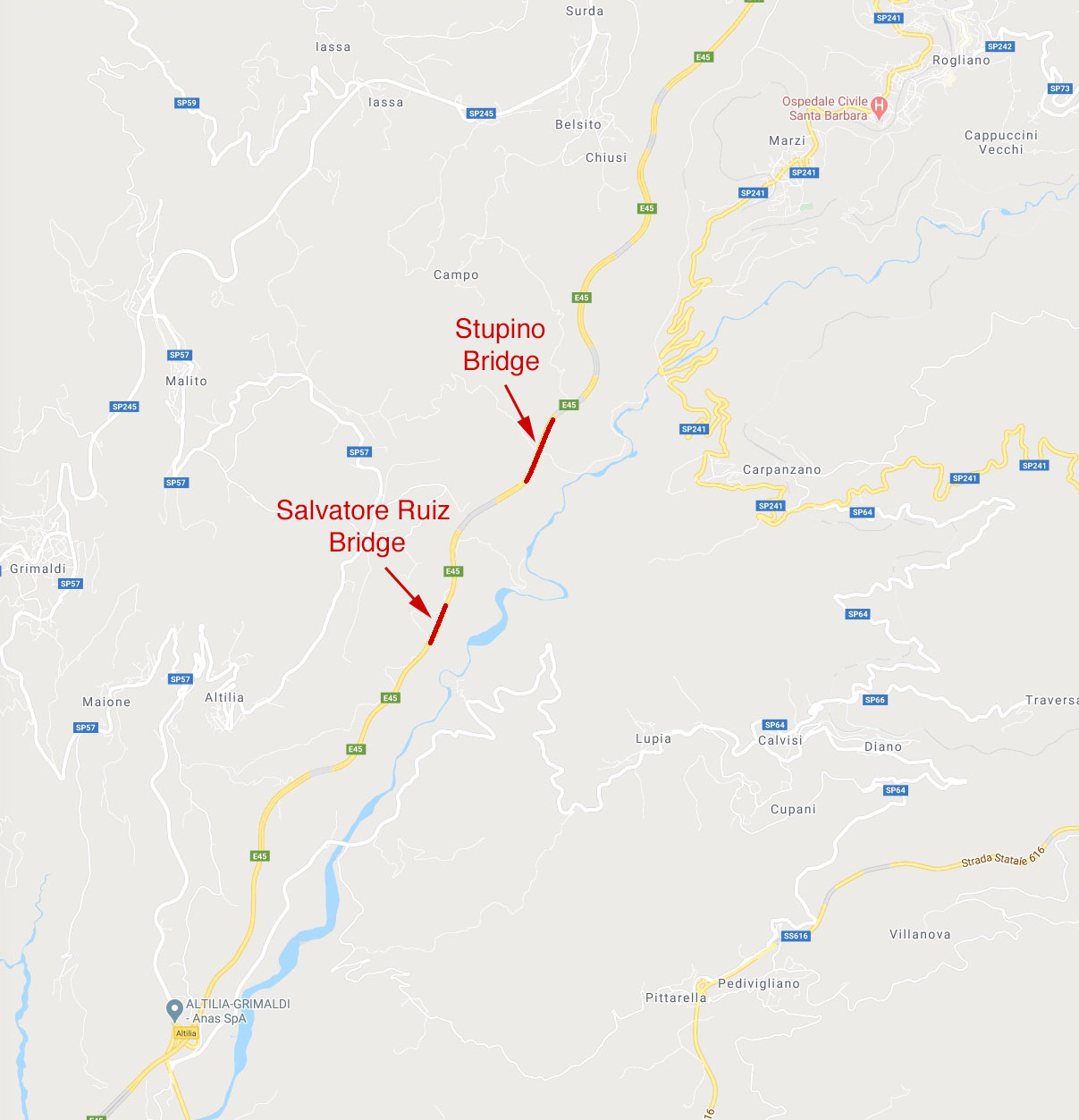 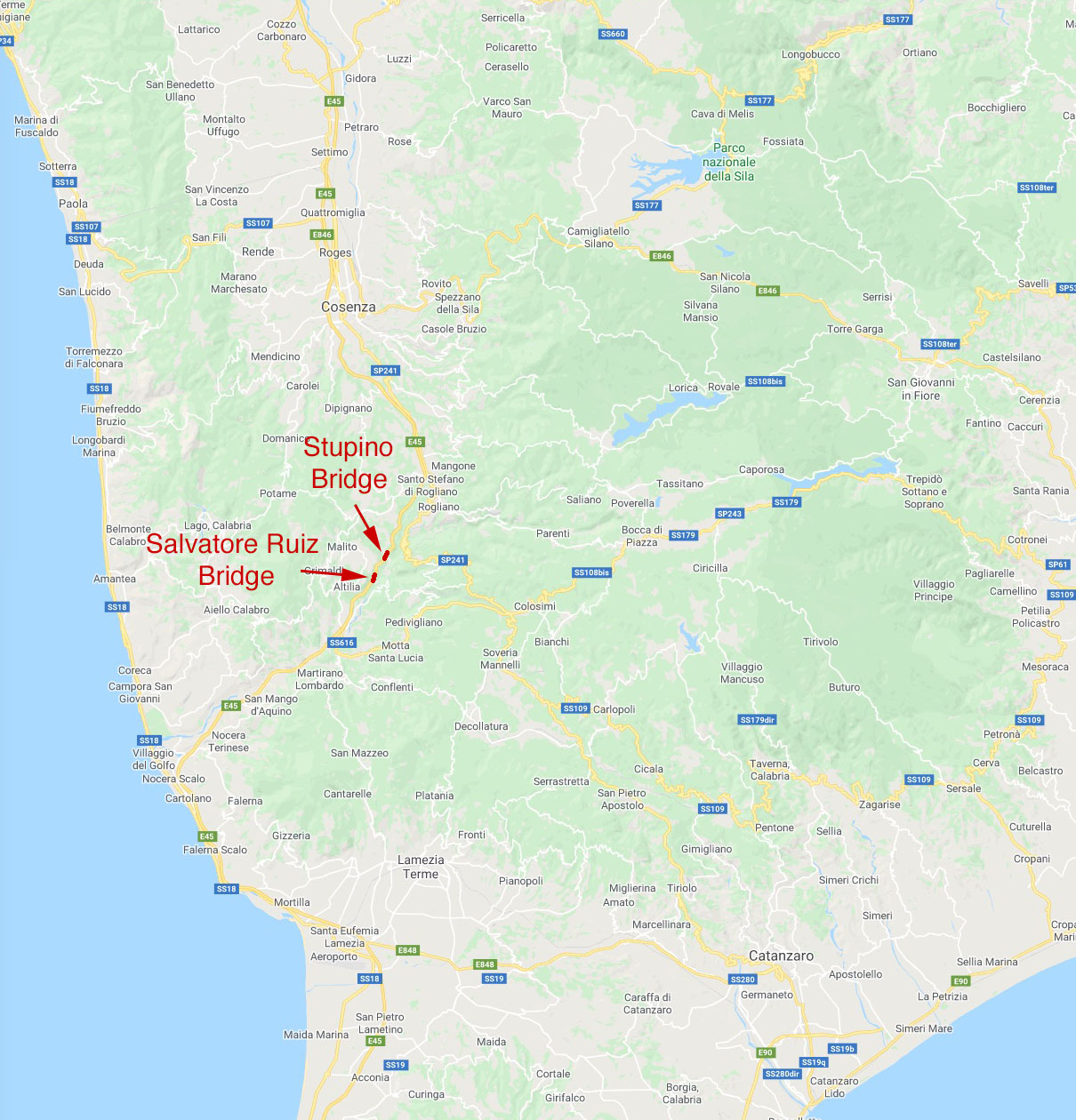