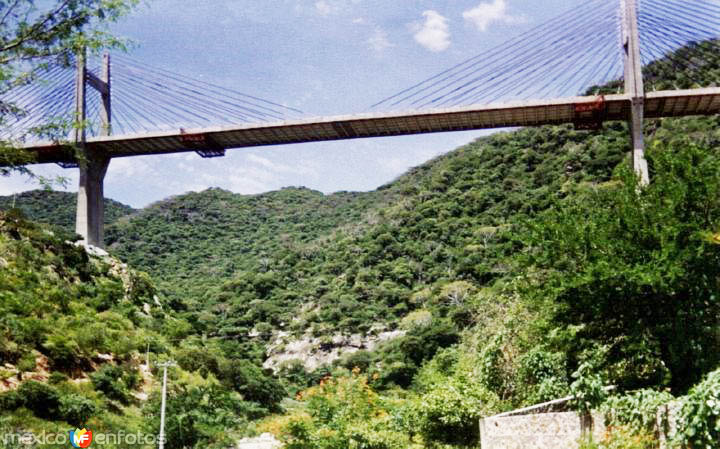 The second highest cable stayed bridge on the famous Mexico City-Acapulco highway after Mezcala bridge, the Quetzalapa bridge consists of two H-frame towers with two planes of cable stays. Opened in 1993, the highway has one of the greatest collections of high bridges in Mexico with two single tower cable stayed bridges and Papagayo, the first of 2 tall “fin” back bridges to be built in Mexico. 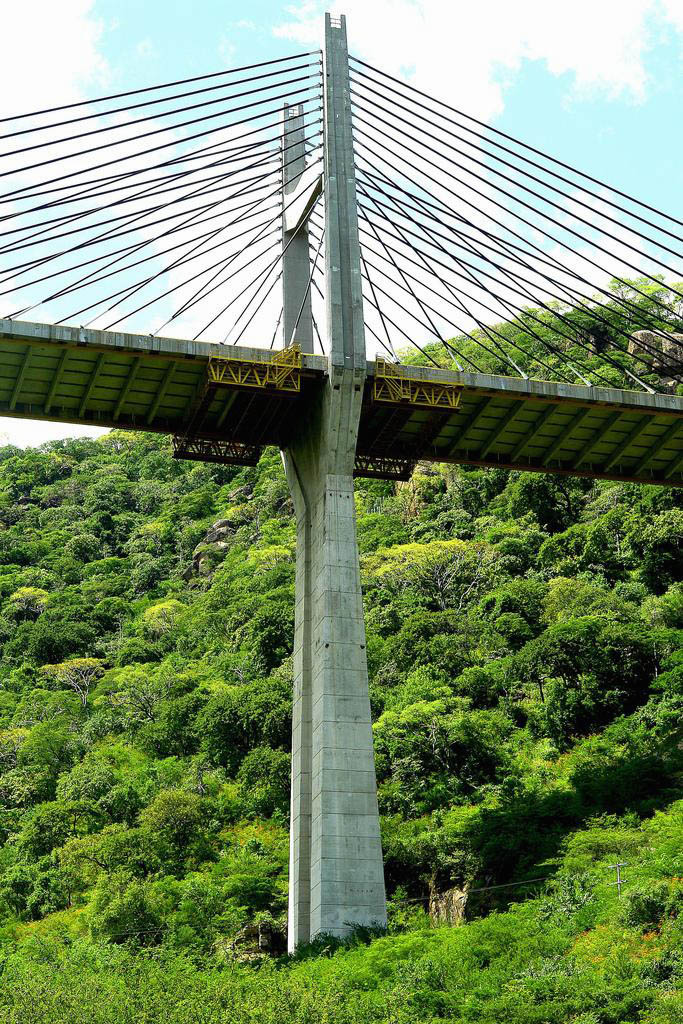