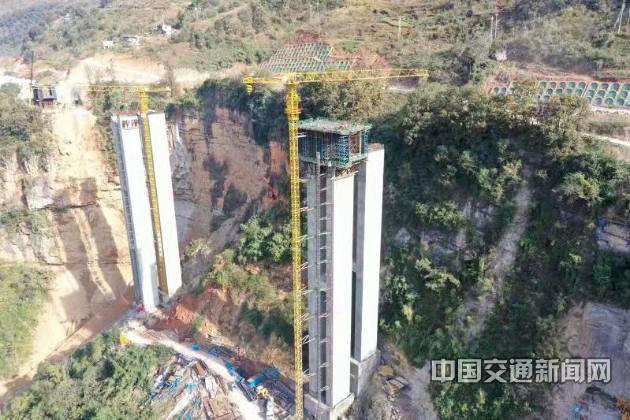 Qianjiaping Bridge is a cantilevered beam bridge on the G7611 Zhaotong to Xichang Expressway in a mountainous region of Yunnan Province. The 205 kilometer route will have 86.6 kilometers of bridges and 55.8 kilometers of tunnels making up 72.4% of the entire route. 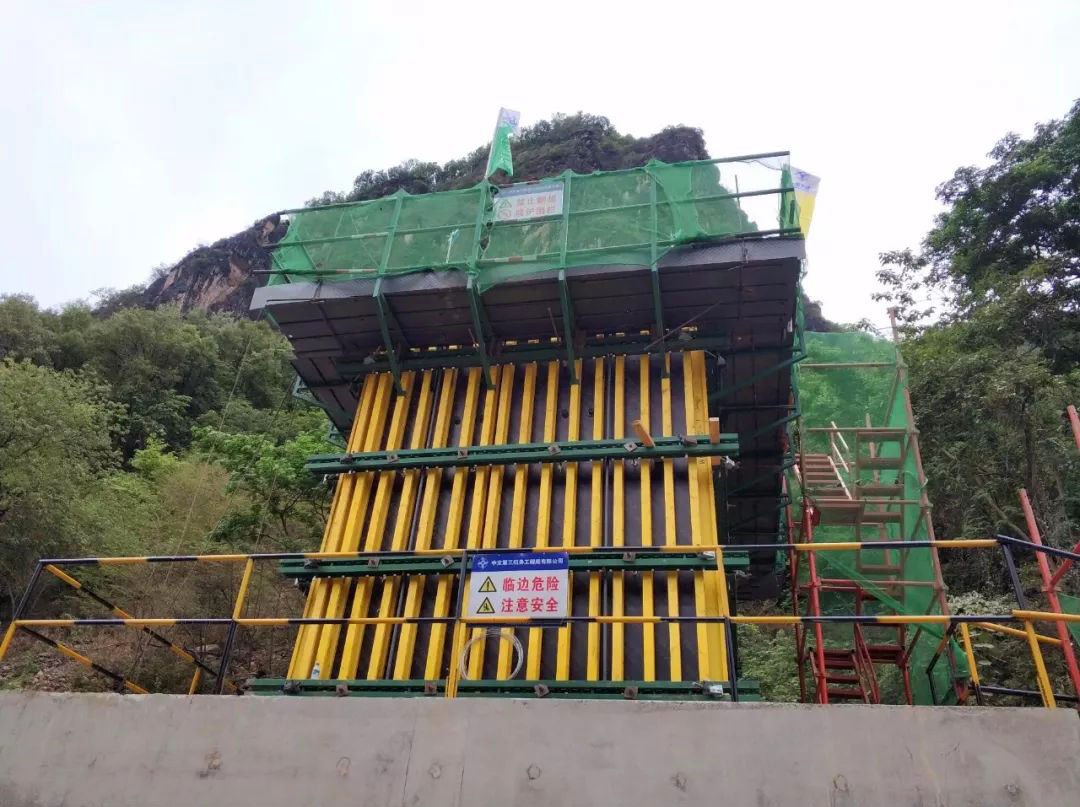 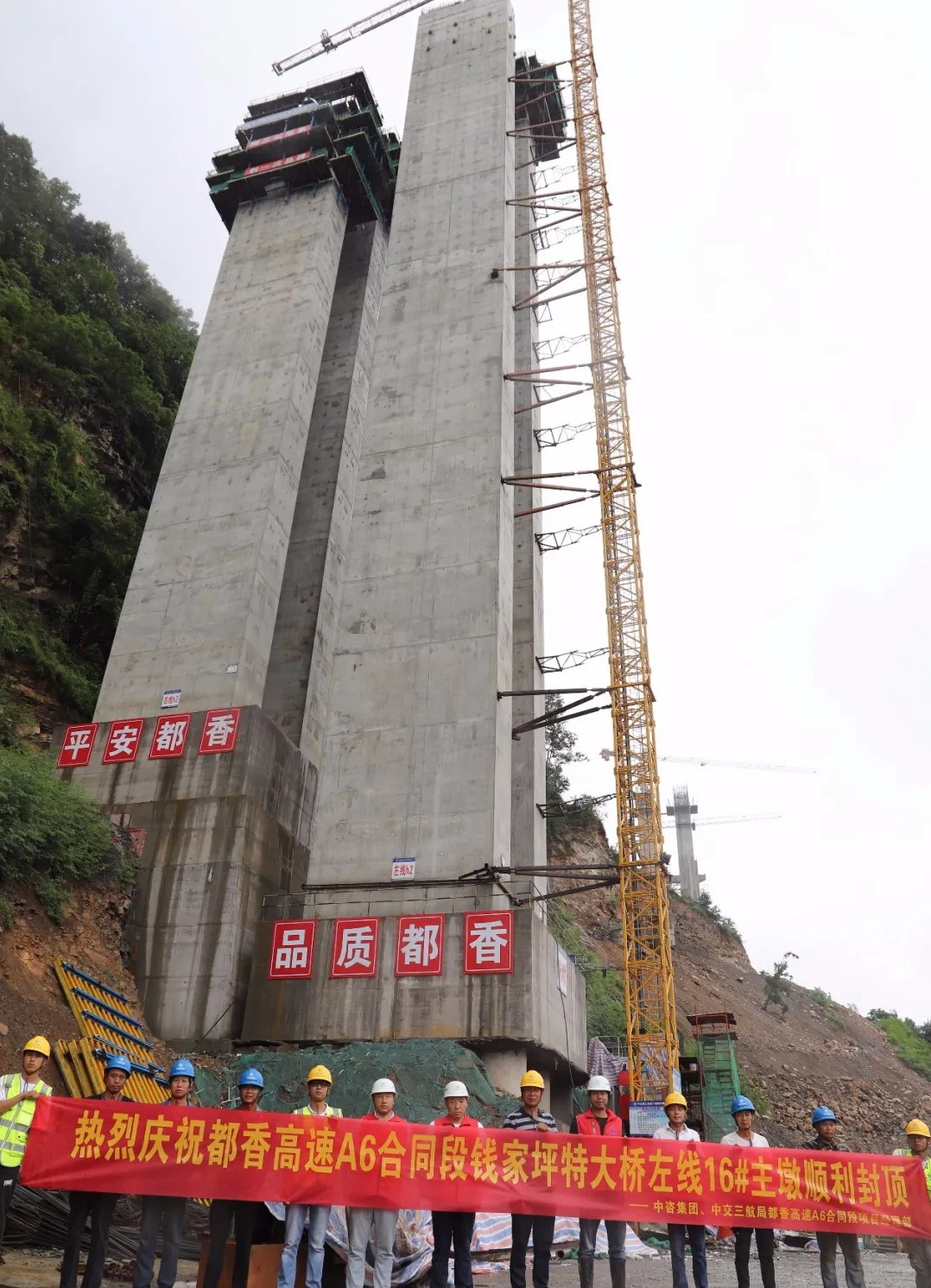 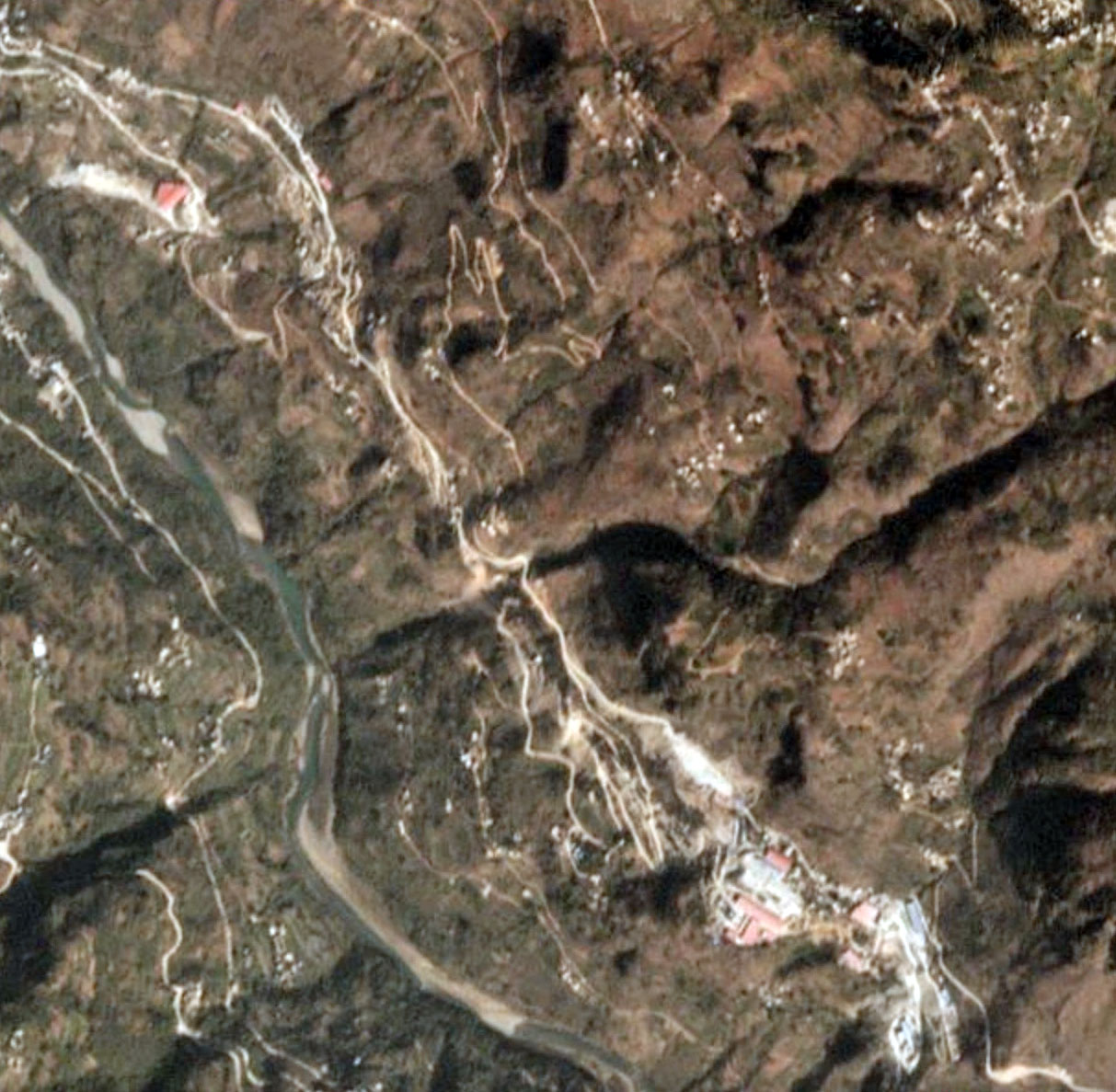 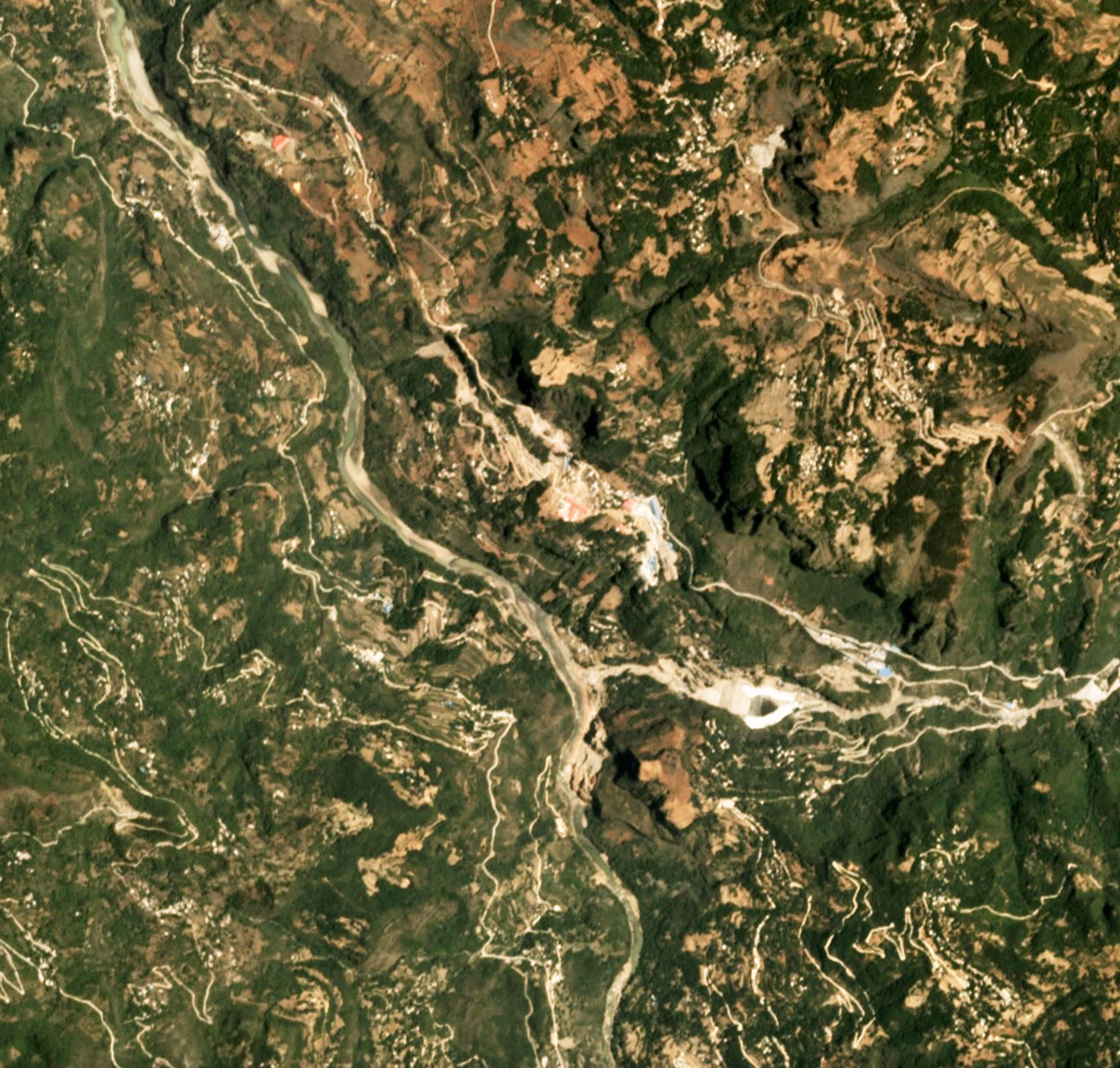 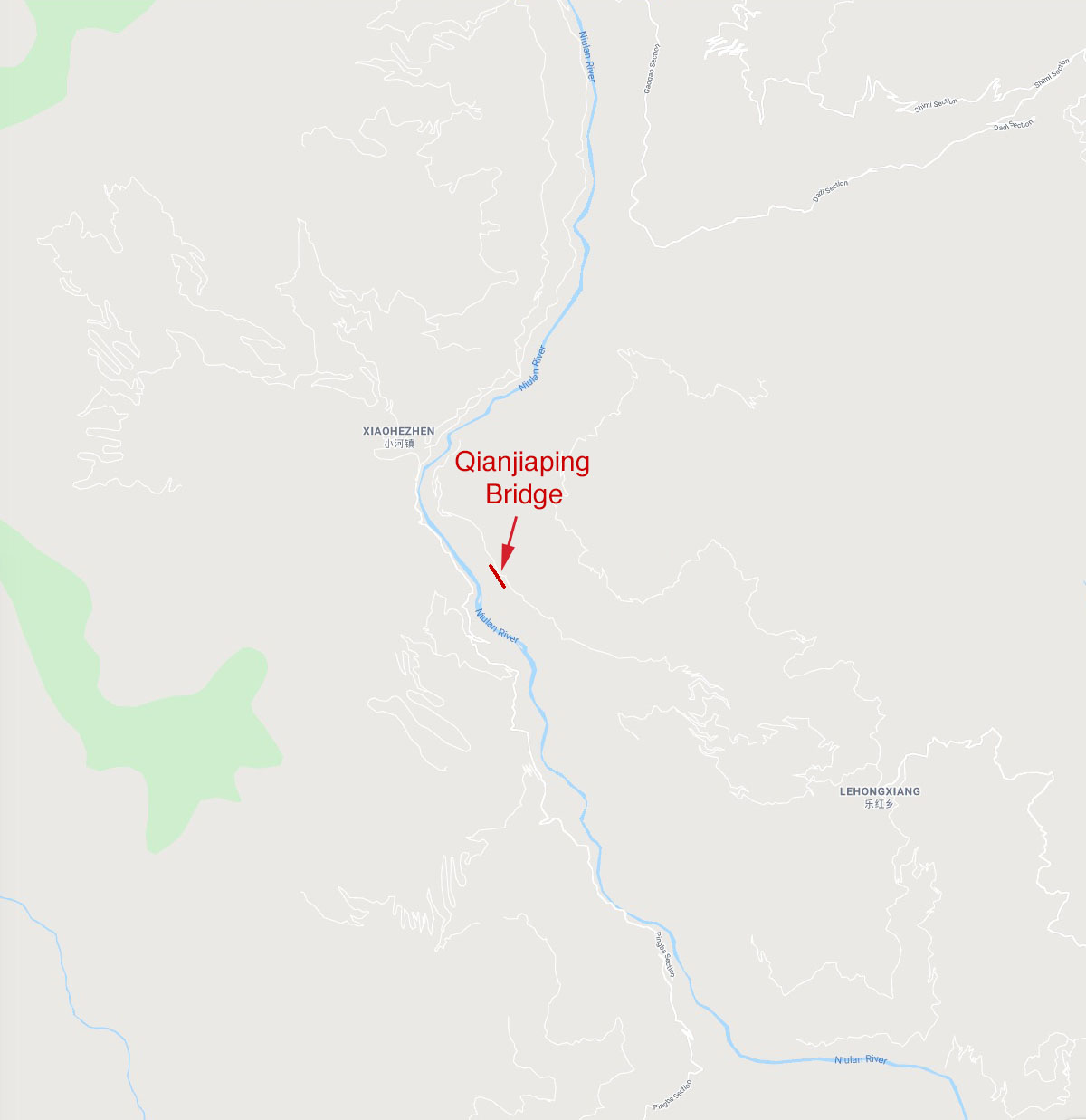 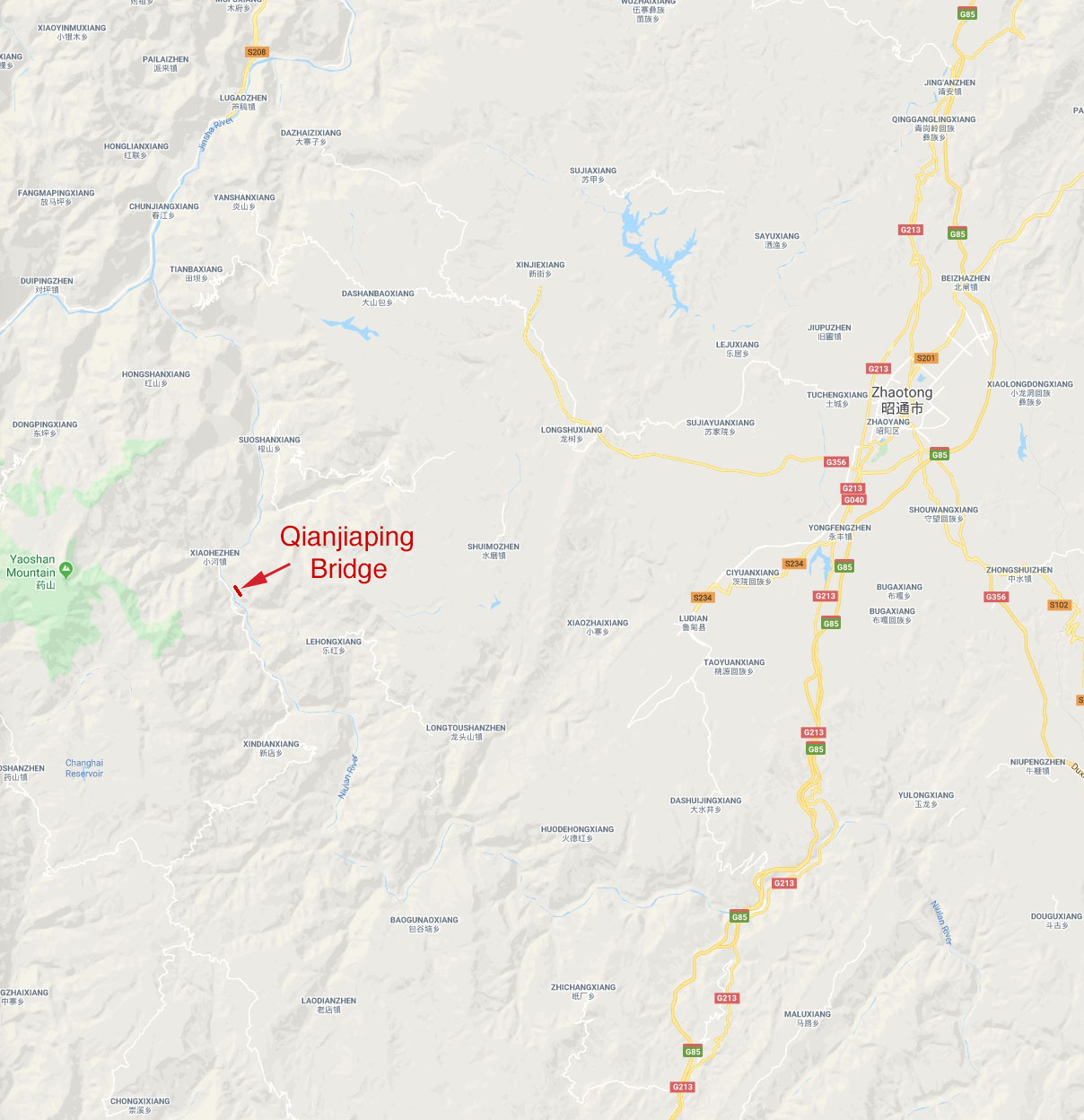 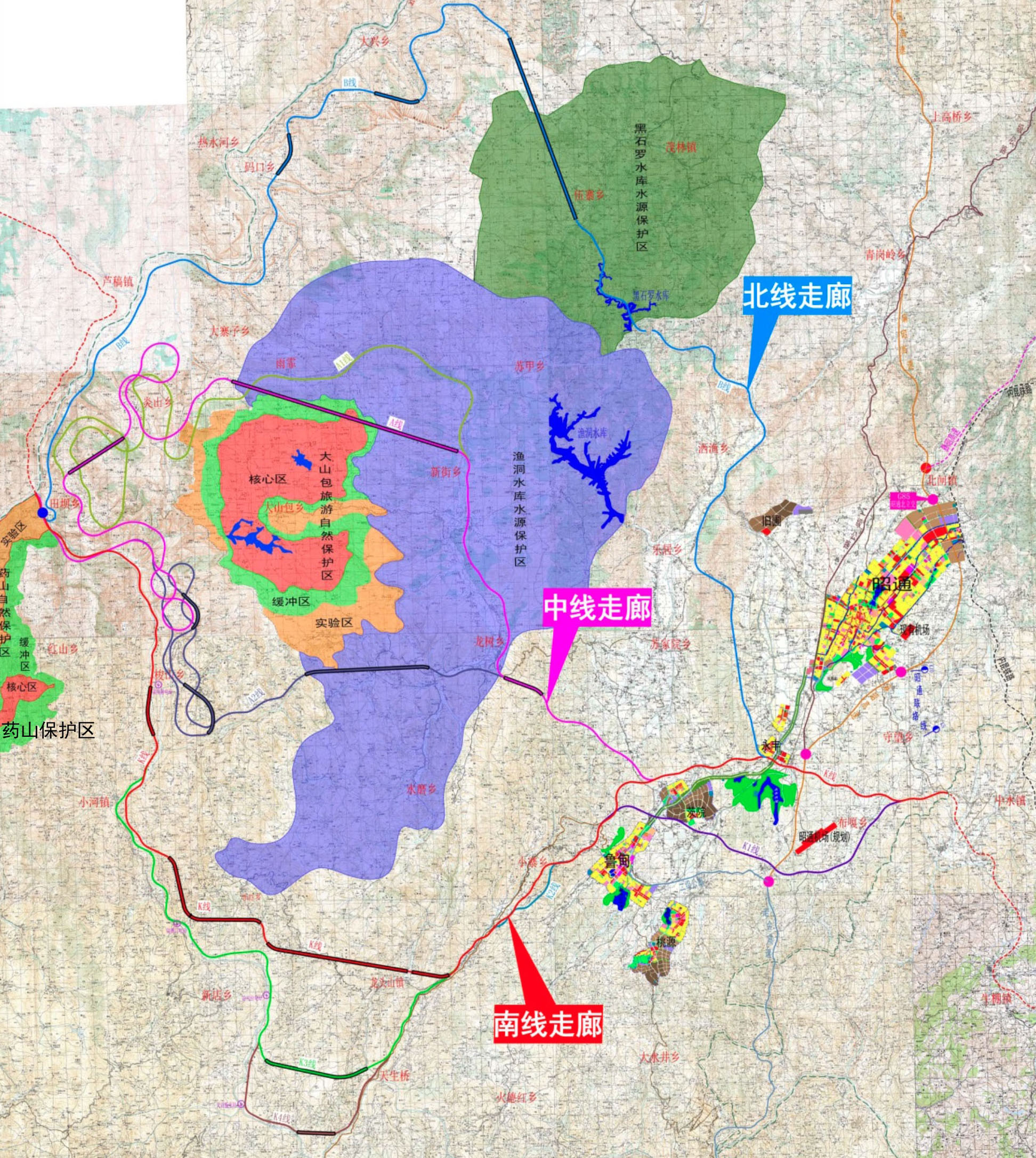 The planning of the G7611 Zhaotong Expressway gives a great insight into the design process the Chinese engineers must undertake while planning an extremely mountainous expressway route with more then 72% of the length in tunnels or on bridges.

The difficulty in finding the best route for the G7611 was magnified by the terrain's continuous descent from an elevation of 2,000 meters in Zhaotong to 500 meters at the Jinsha River. Six routes were studied before they chose the red route. Several of the routes include extensive spiral switchbacks to ease the steepness of the grade. 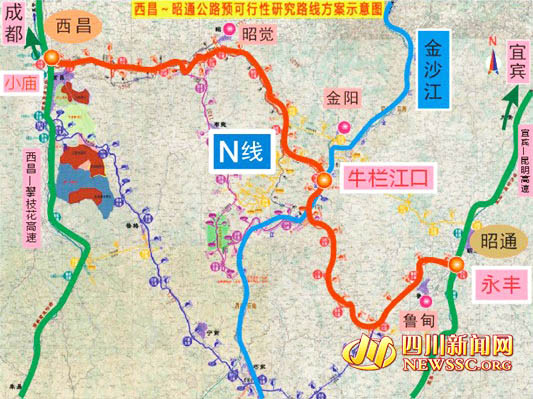 Regional map showing planned expressways including the Xichang to Zhaotong expressway in red.