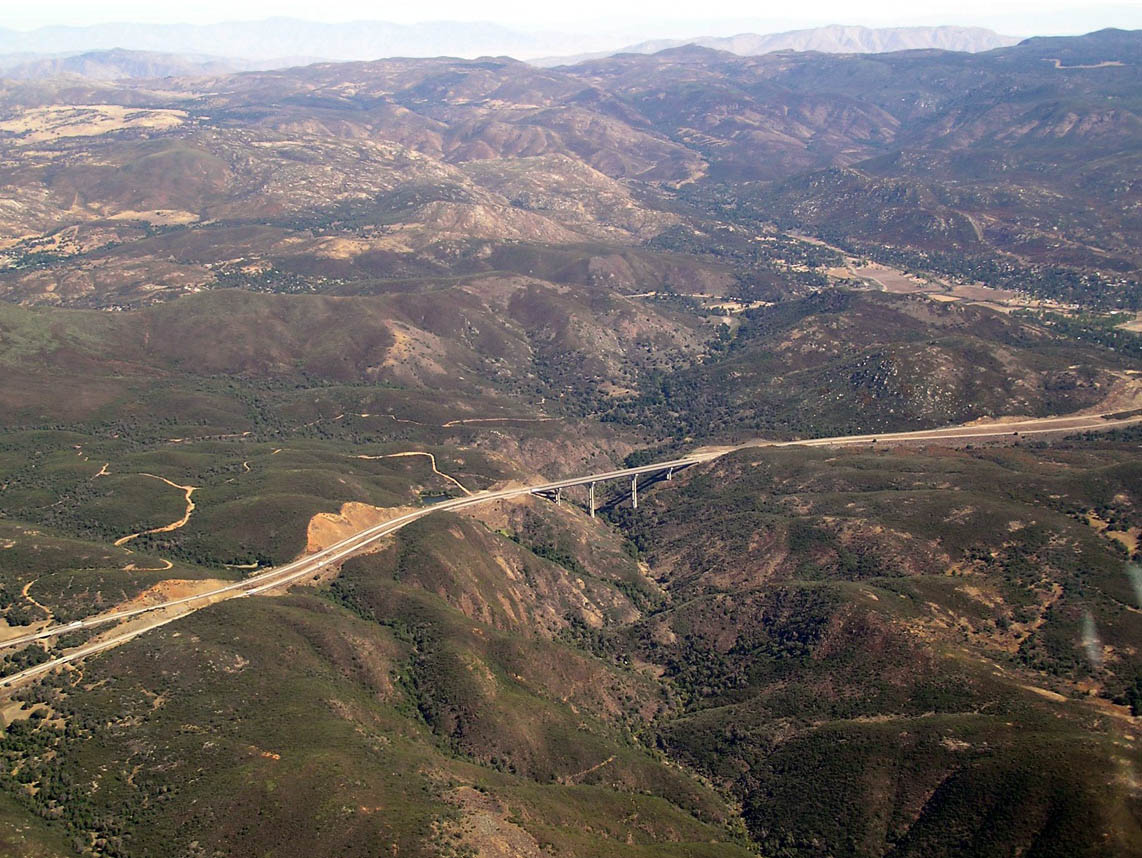 Pine Valley Creek is the highest concrete beam bridge in the United States with a 4-lane road deck 440 feet (134 mtrs) above the creek. It was the first bridge in the United States to be built using the cast-in-place segmental balanced cantilever method. An open gap in the center of the bridge was left for the option to add two more lanes if traffic demands ever warranted it. Completed in 1974 along Interstate 8 about 60 miles (97 kms) East of San Diego, California, the bridge was eventually named the Nello Irwin Greer Memorial bridge after the man who guided the design of the highway through the Pine Valley region.

Famous bridge engineer Man-Chung Tang was the chief designer behind the bridge. Since the construction of a segmental bridge had never been done in California, Mr. Tang and his team had to design everything from scratch including the gantry, travelers and forms. Man-Chung Tang went on to engineer dozens of North American segmental bridges as well as many large bridges in China and Europe. He currently works at T.Y. Lin out of their offices in San Francisco and Chongqing. 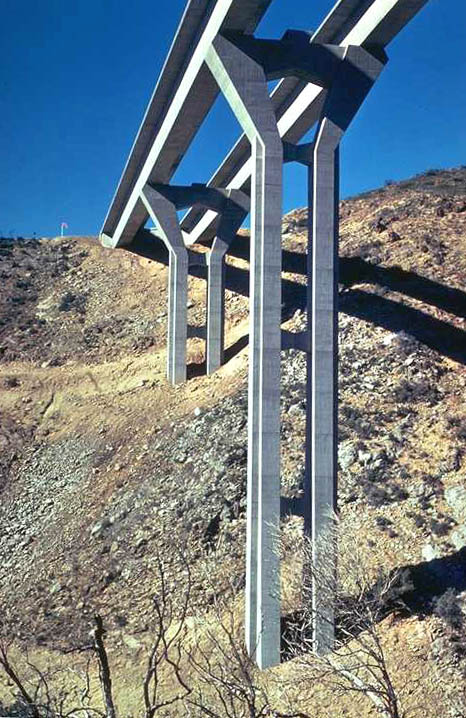 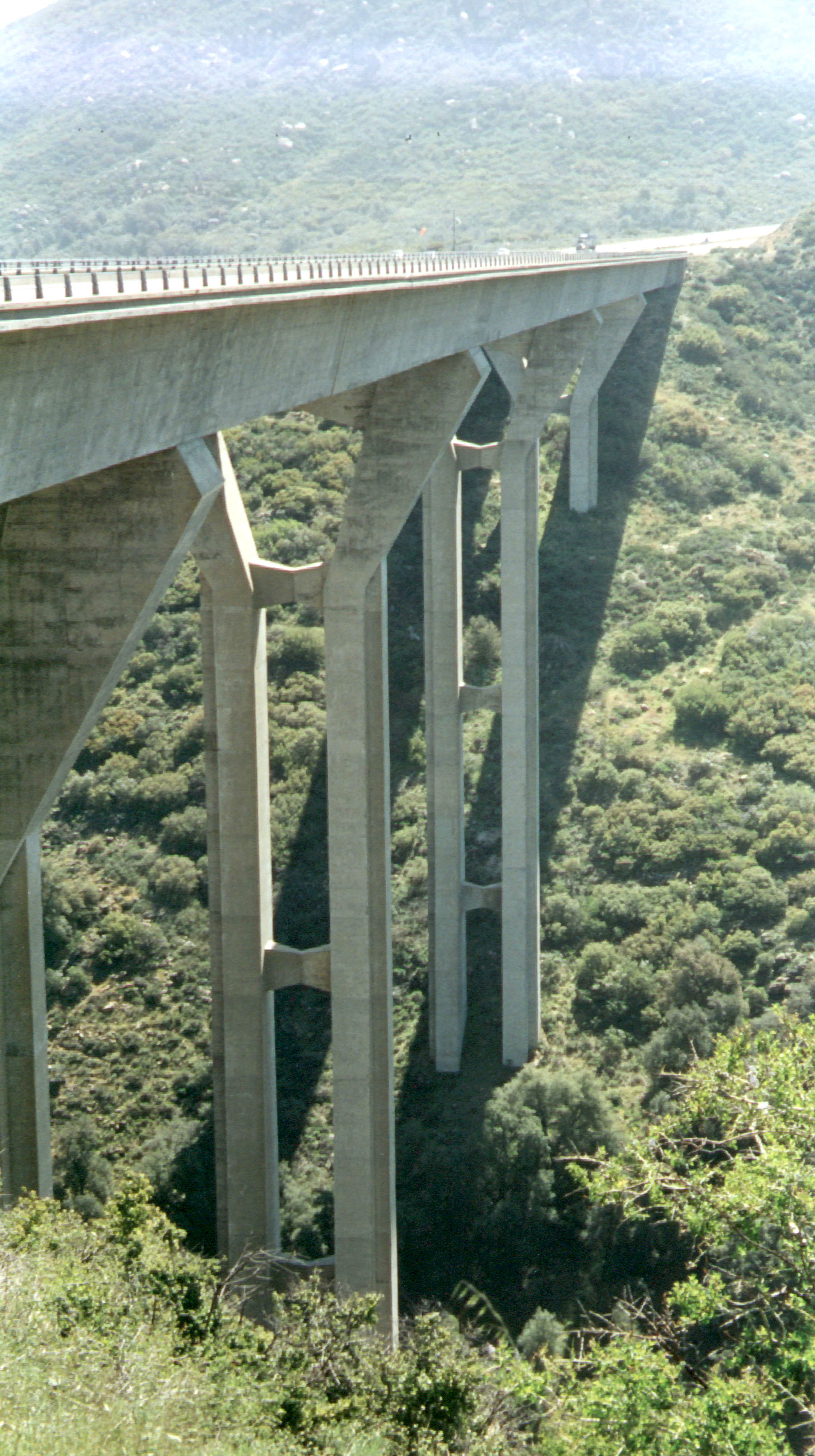 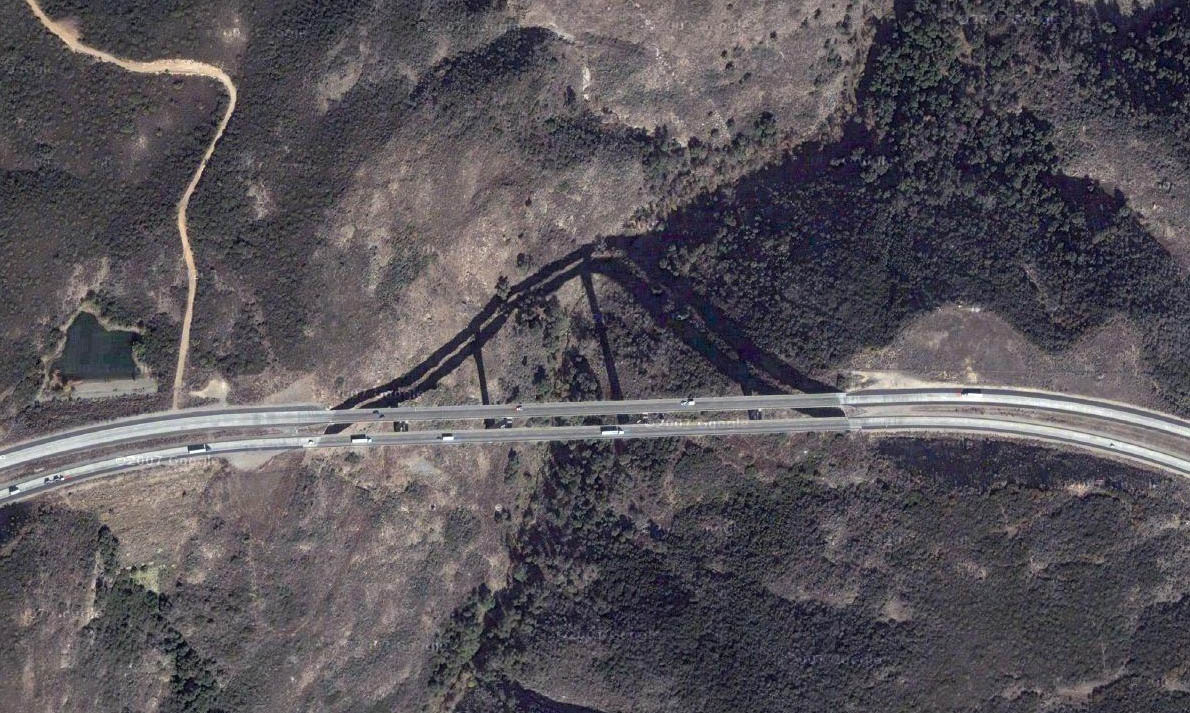