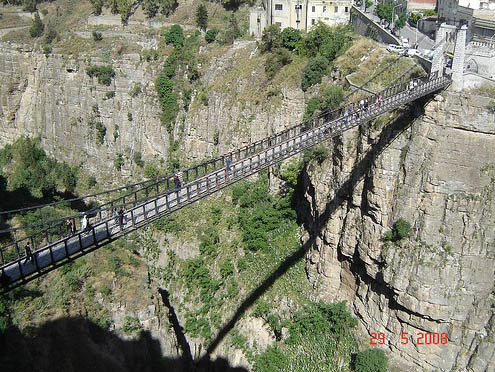 Inaugurated in 1925, the Passerelle Perregaux or Mellah Slimane footbridge is another one of French engineer Ferdinand Arnodin’s classic suspension bridges. No other city on the African continent is more associated with high bridges than Constantine, Algeria. Located about 50 miles (80 kms) from the mediterranean coast, the city is unique for having a deep river gorge running right through its center. Four classic bridges cross the deepest section of this natural barrier including the El Kantara, Sidi Rached, Sidi M’Cid and Passerelle Perregaux (Mellah Slimane).

Of the many high bridges that cross the Rhumel River gorge, the highest and most spectacular of all is the Sidi M’Cid suspension bridge. Opened in 1912 and also designed by Arnodin, this cable stayed / suspension bridge hybrid was the highest bridge in the world for 17 years before Colorado’s Royal Gorge bridge opened in 1929.

Passerelle Perregaux was Arnodin’s third high suspension bridge. The first was the 1887-built L’Abime bridge situated some 295 feet (90 meters) over the Cheran River in Gruffy, France. As an engineer, Arnodin would became most famous for designing 9 of the 20 transporter bridges ever built. Three of these rare transportation structures still exist and retain his signature mix of suspension and cable stays. 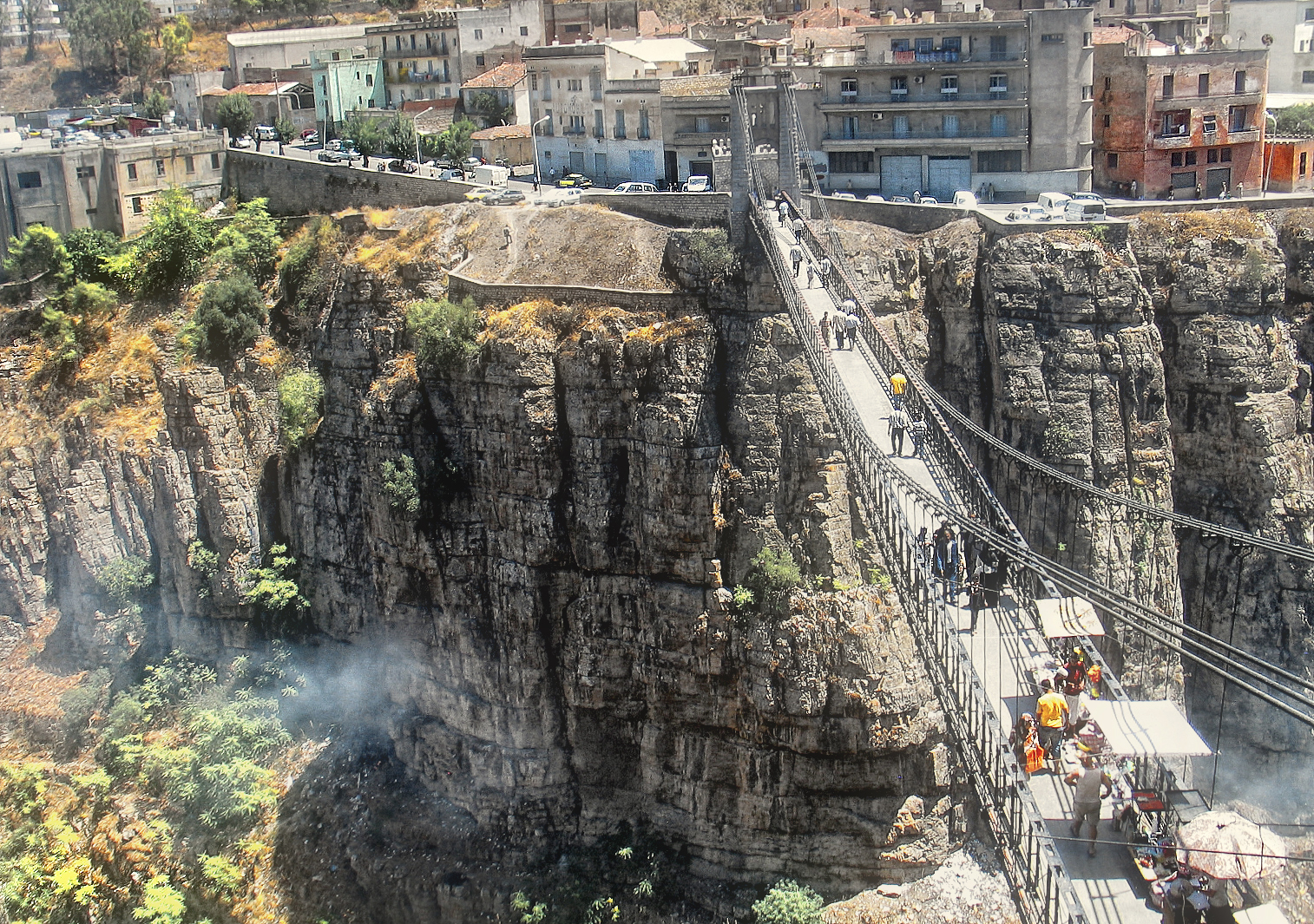 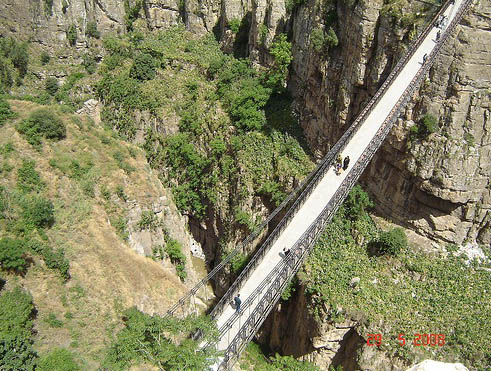 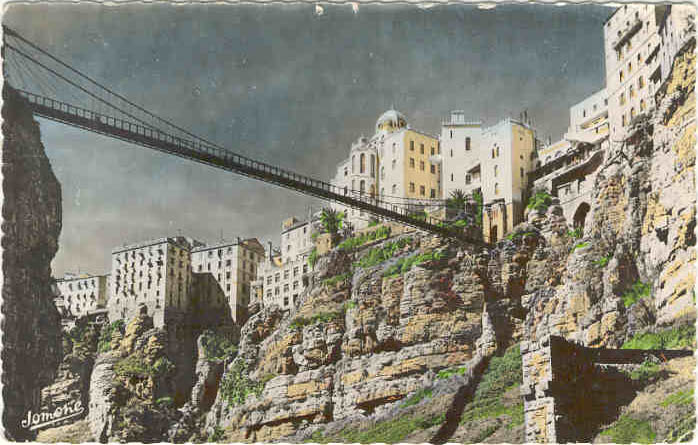 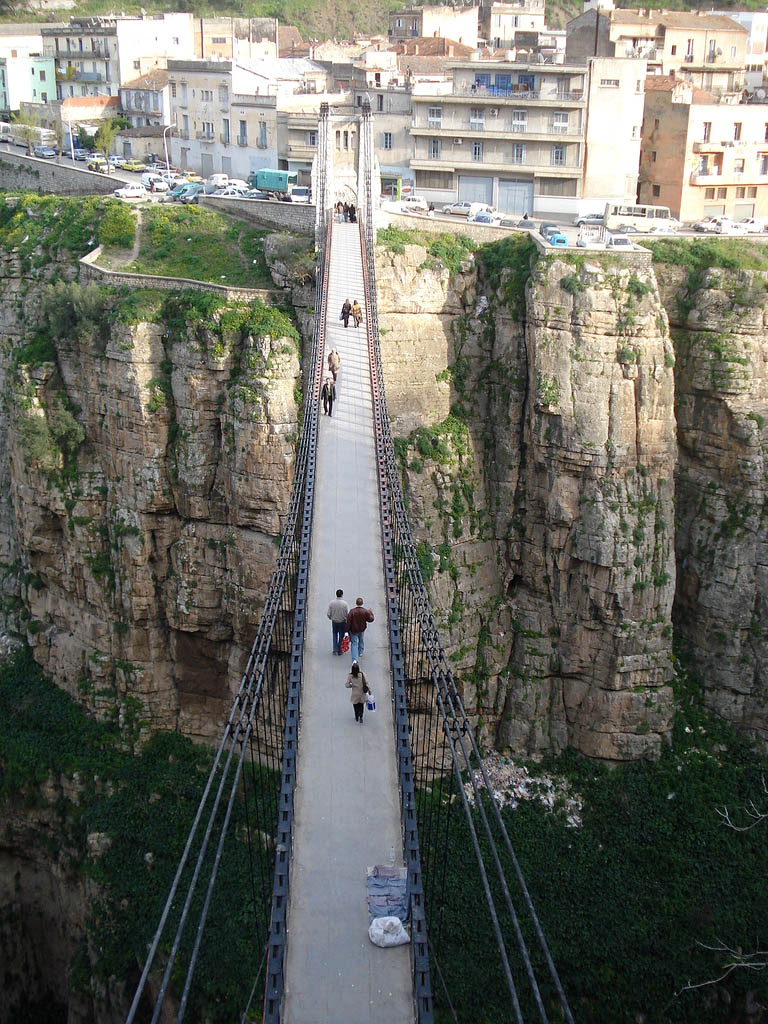 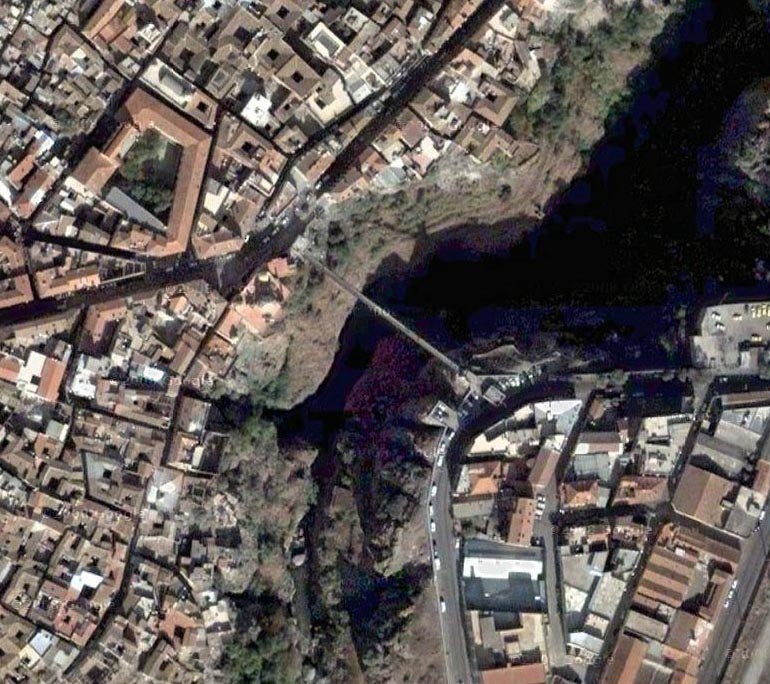 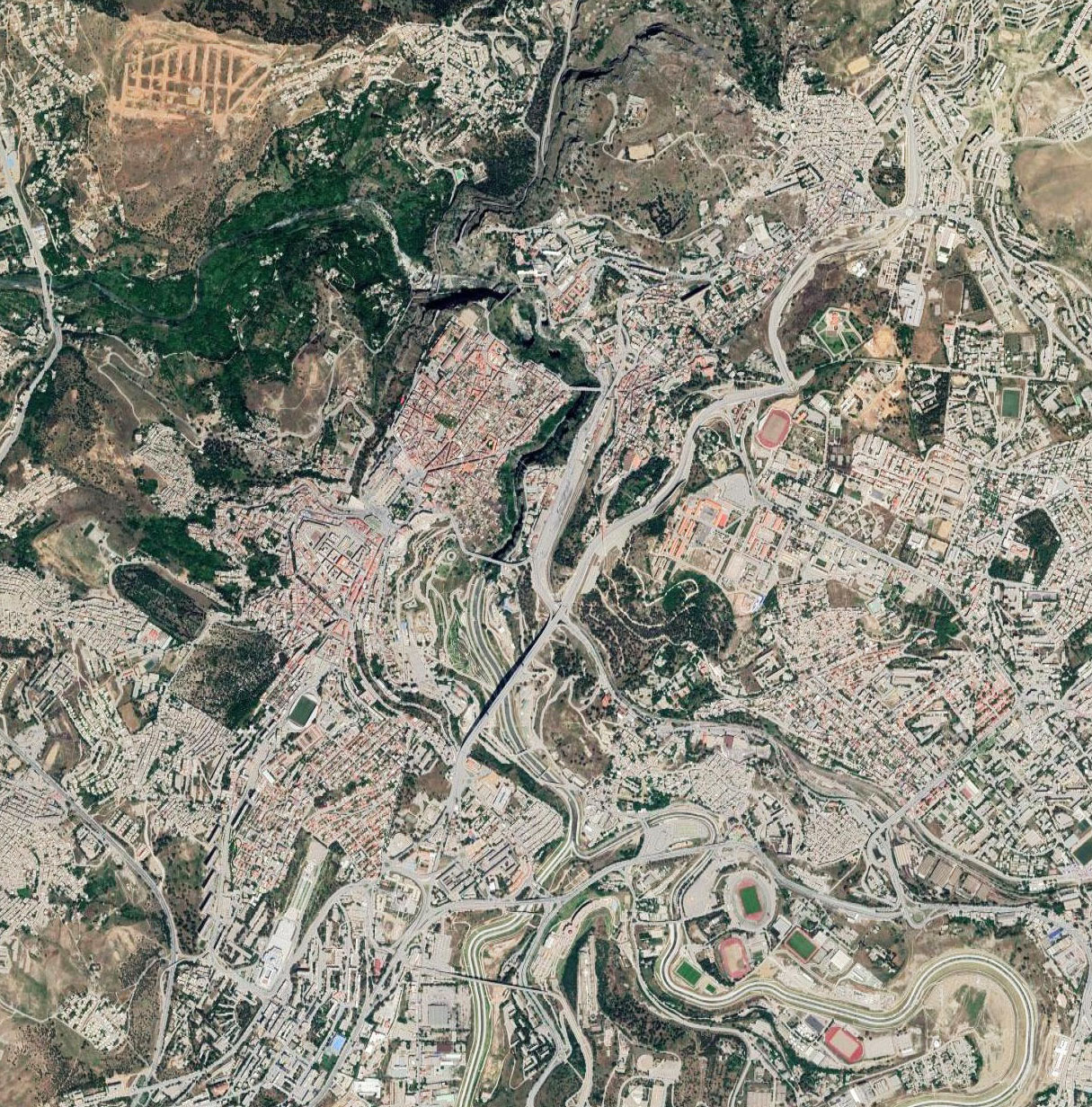 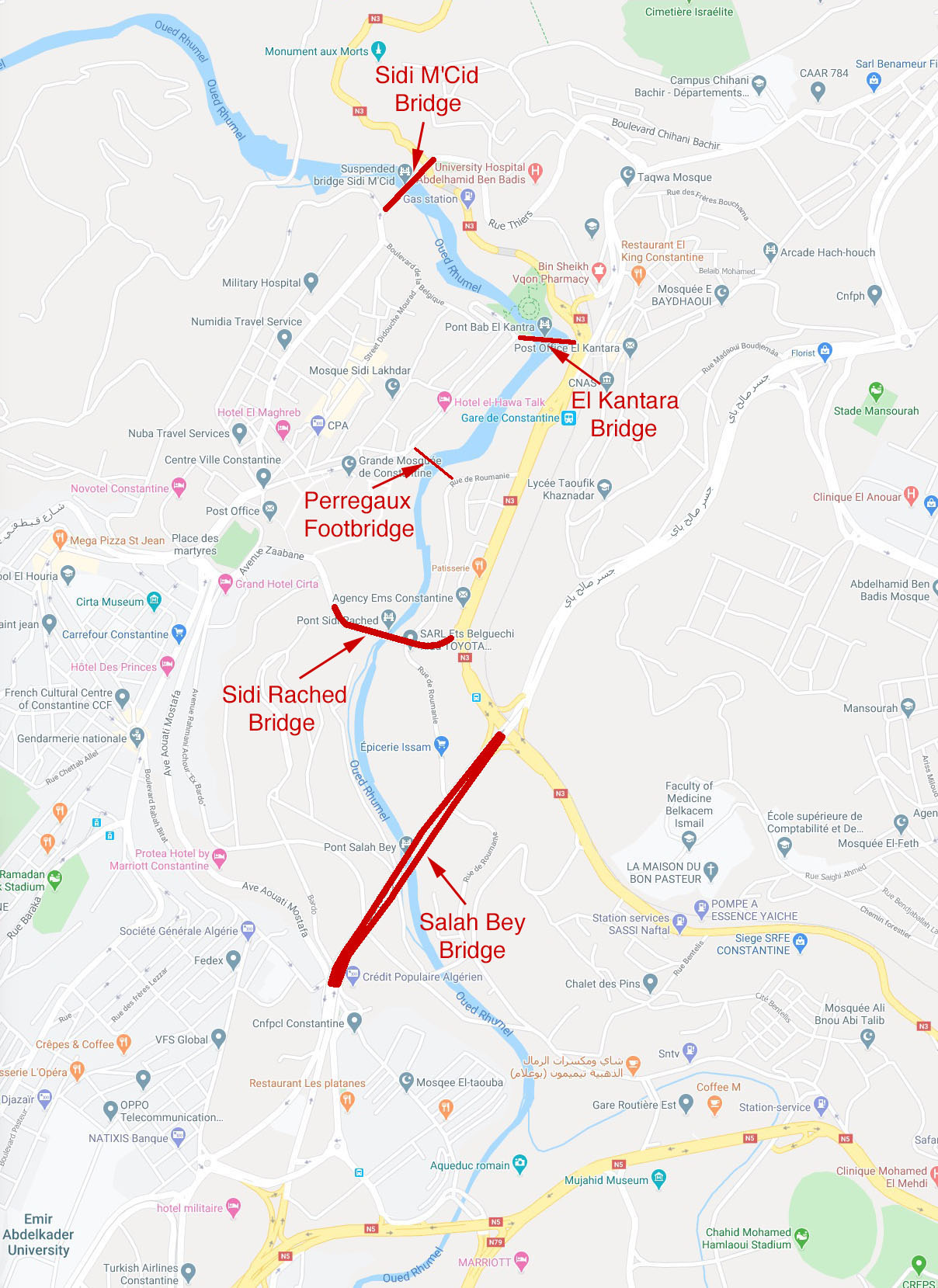