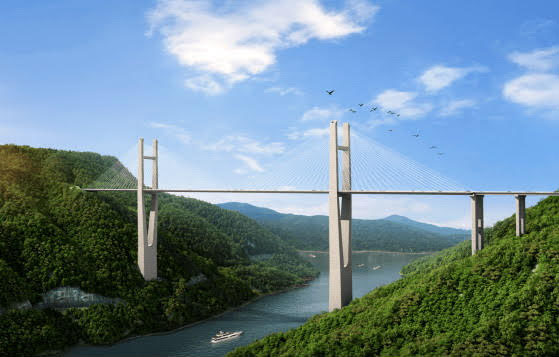 Nanmengxi bridge is one of several high spans along the Jianli Expressway in Eastern Guizhou Province. The towering cable stayed bridge has a main span configuration of 145+360+145 meters. Just a kilometer to the east is the 2-lane Nanmengxi Bridge S311. The reservoir beneath both bridges was formed by the Sanbanxi Hyroelectric power station across the Qingshui River.

Other high bridges along the Jianli Expressway include the Nanzhaixi and Qingshuijiang Bridge Jianli. 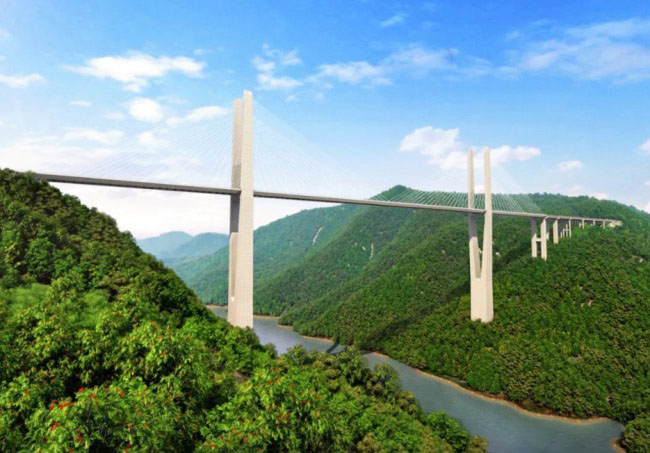 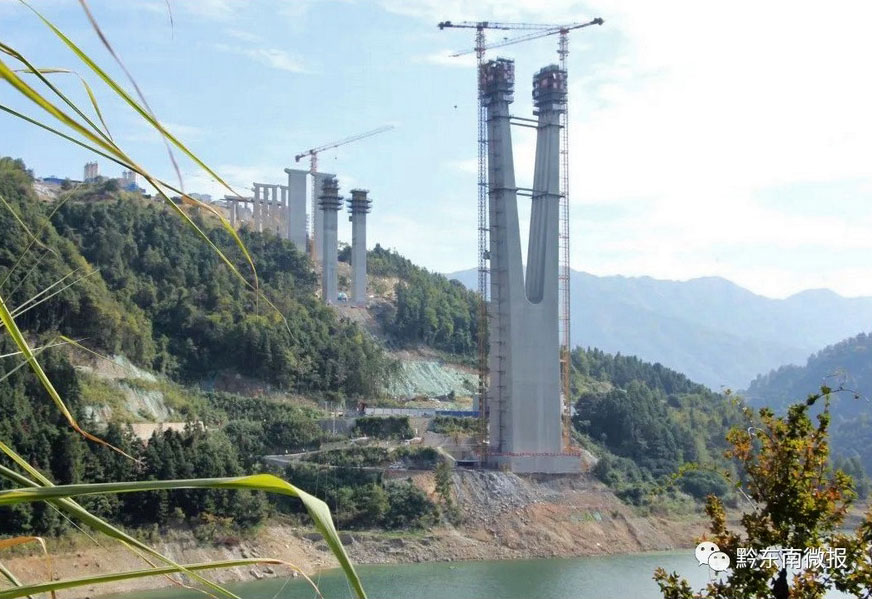 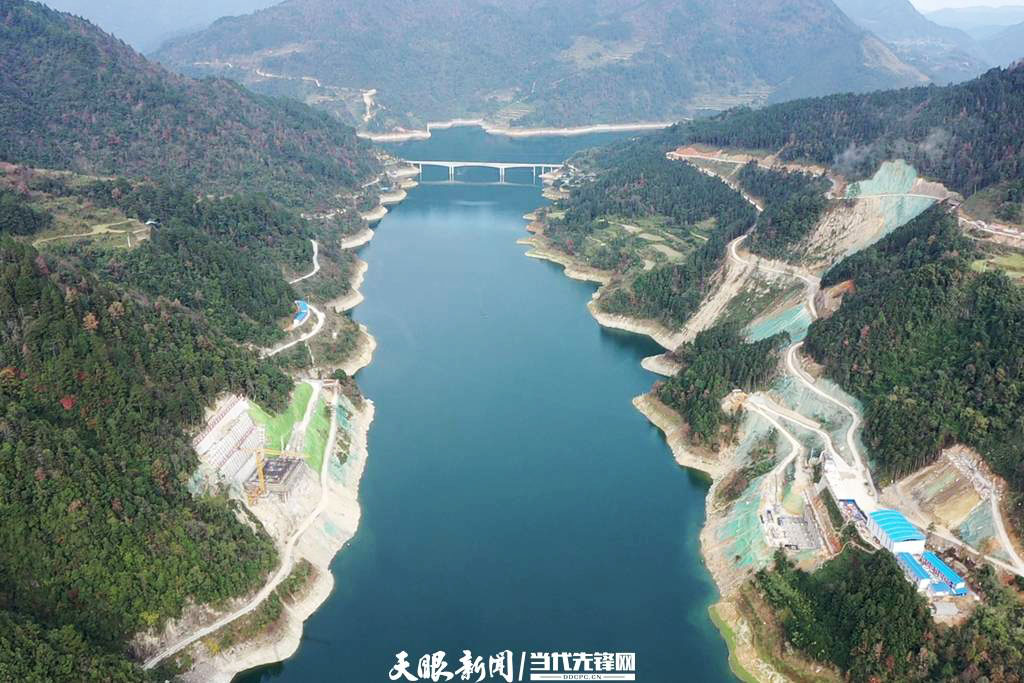 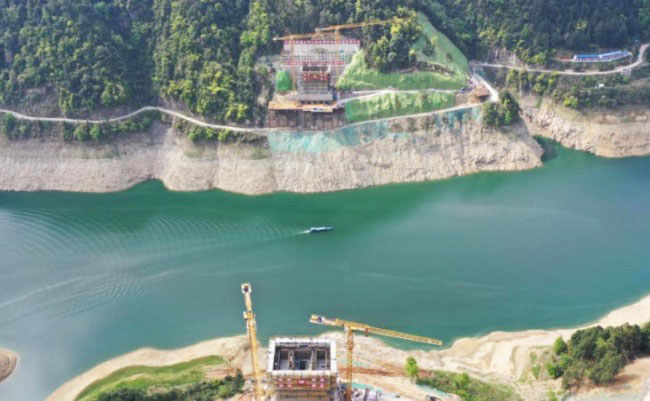 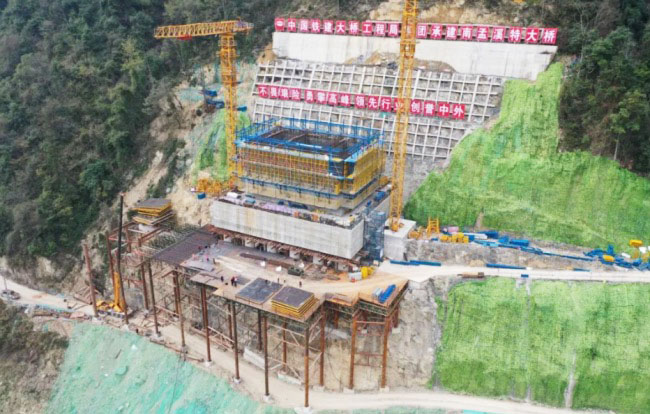 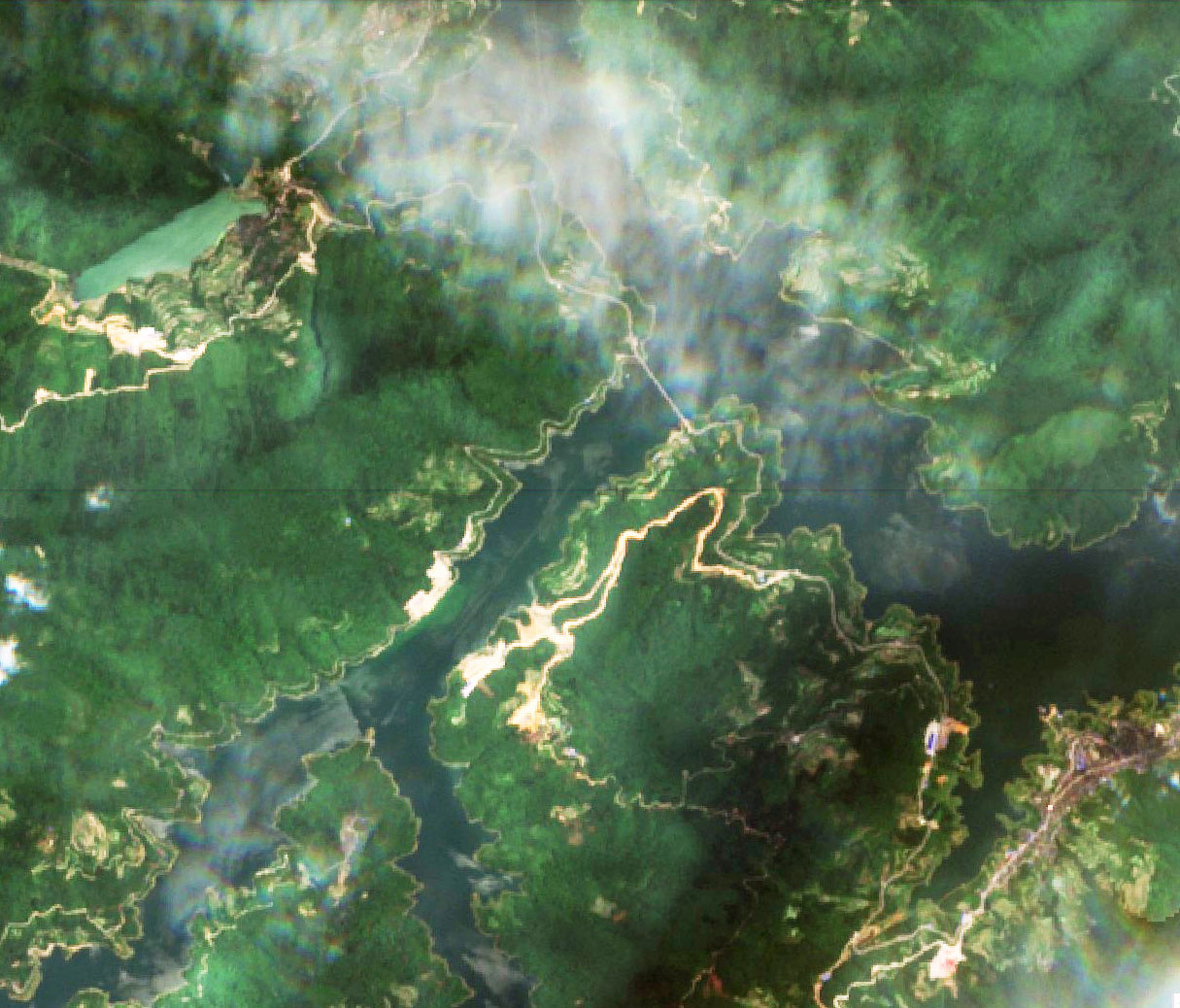 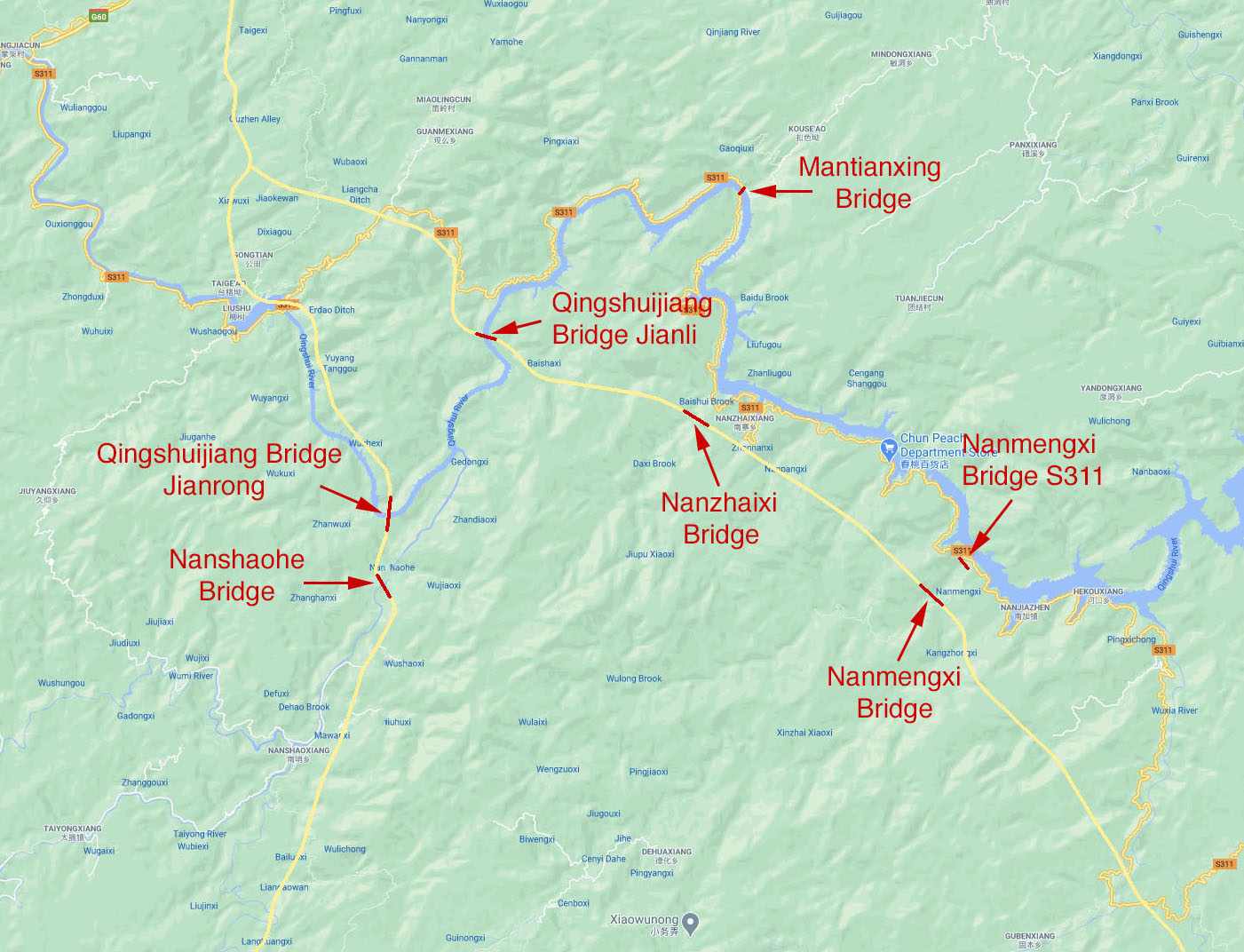 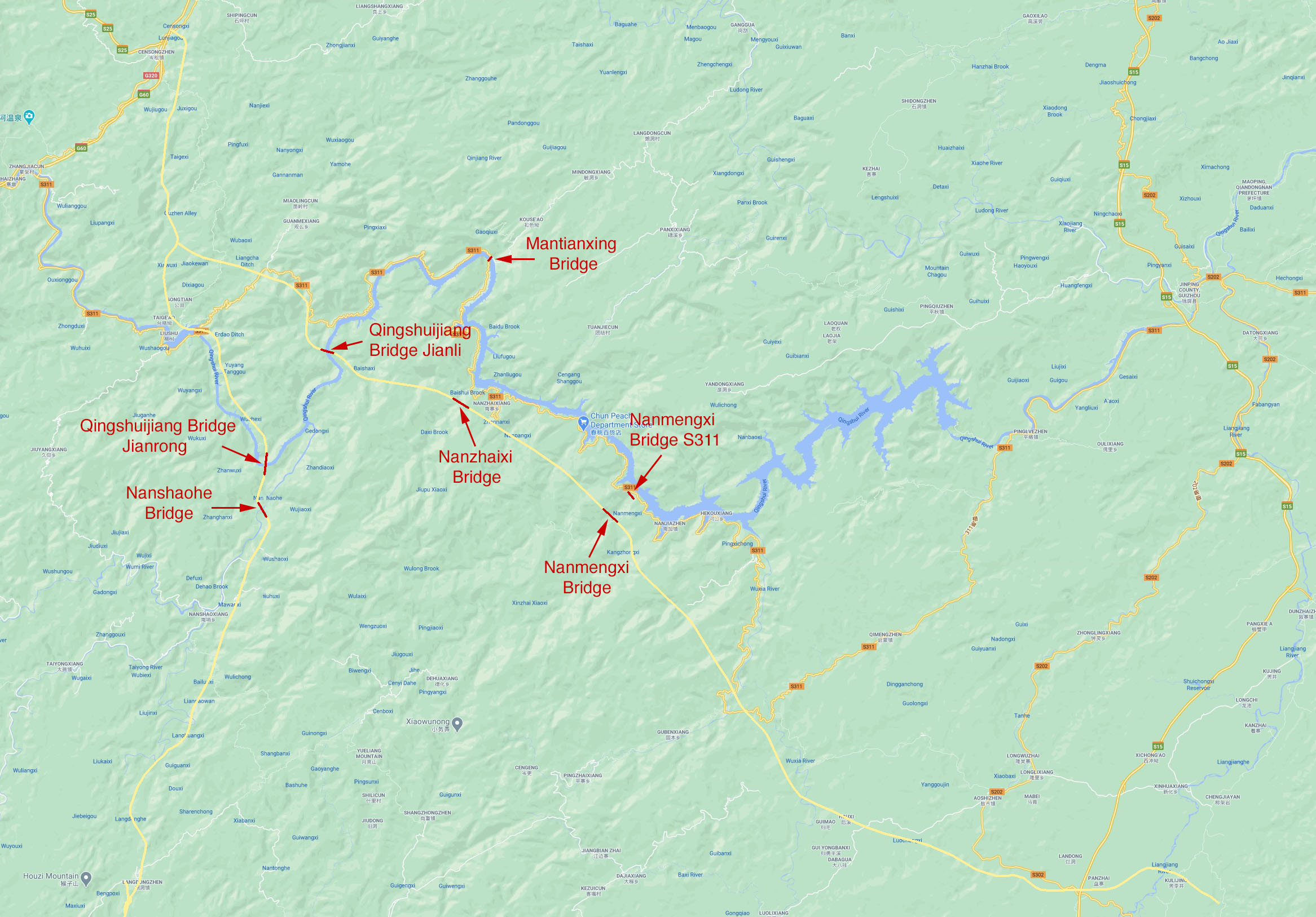 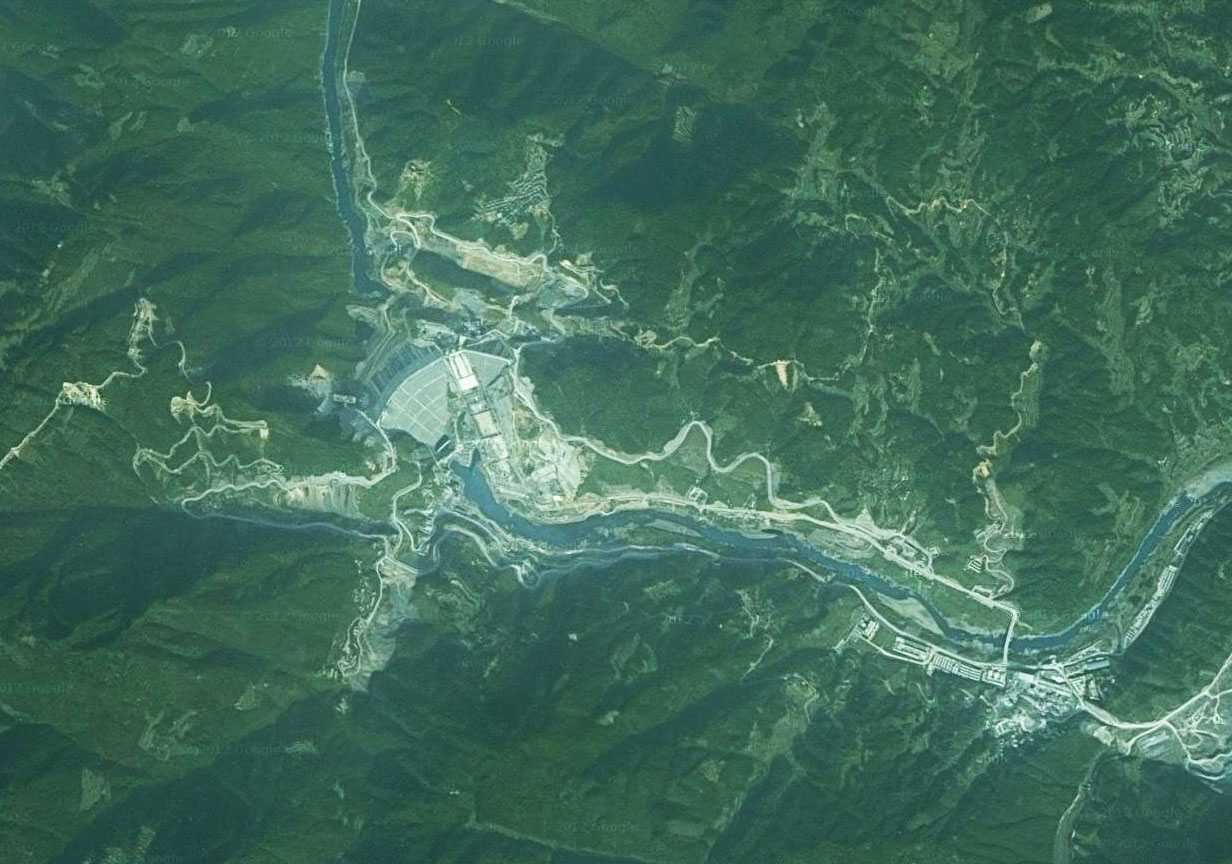 Sanbanxi Dam satellite view from around 2004 when the dam was nearing completion. 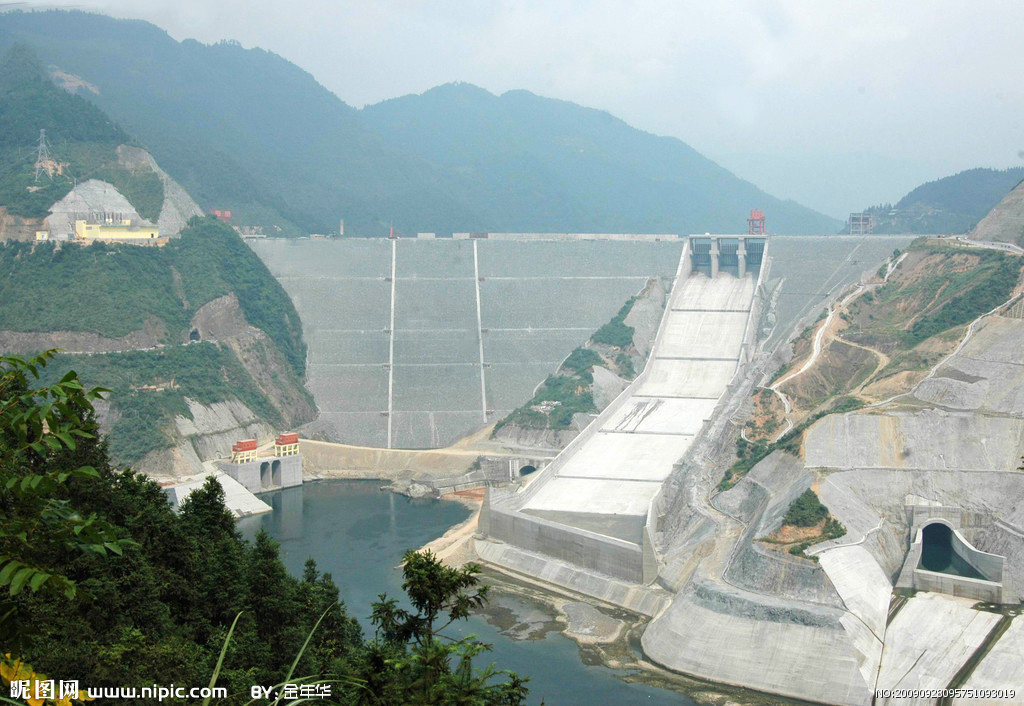