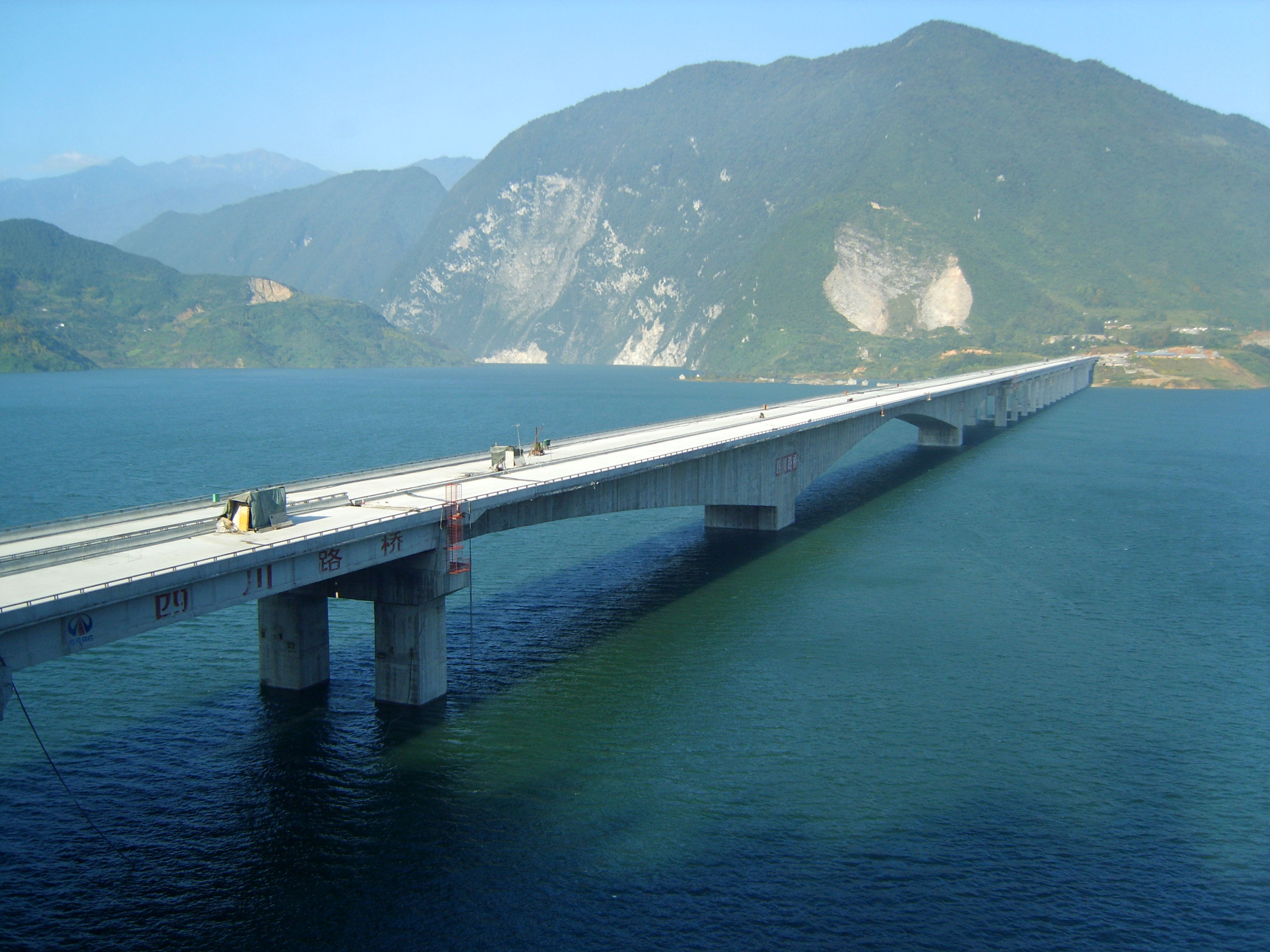 Constructed to cross the deep reservoir created by the Zipingpu Dam, the Miaoziping Bridge has a central span configuration of 125+ 220+ 125 meters with 19 approach spans of 50 meters for a total length of 1.436 kilometers. The maximum pier height is 102.5 meters.

The bridge was damaged by the severe forces of the giant 8.0 Richter scale Wenchuan earthquake on May 12, 2008 that killed thousands in the Sichuan region. The bridge was nearly completed when the earthquake struck. The subsequent damage included one of the smaller girders to drop as well as pier shifting and all-round concrete spalling and fractures. Underwater concrete repairs took place in 2009 with more then 800 tons of concrete poured into an underwater steel box form.

The bridge is a vital link on the 4-lane Duwen Expressway. The south end of the bridge leads into the 4 kilometer Zipingpu tunnel. 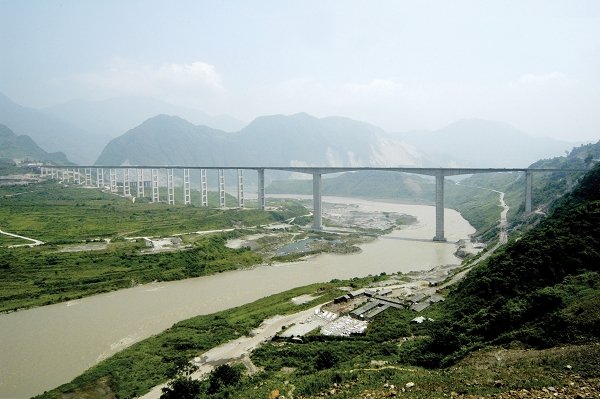 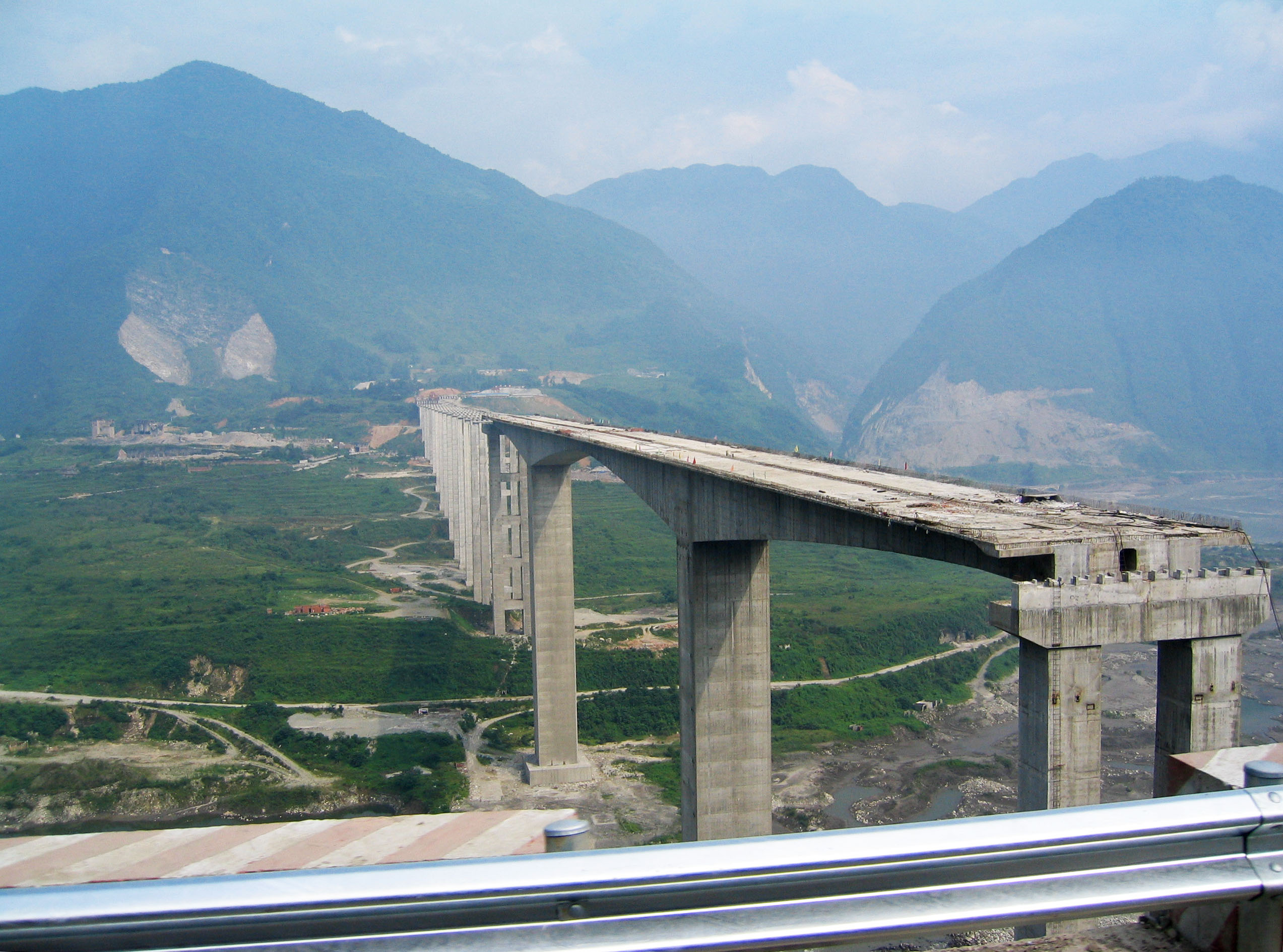 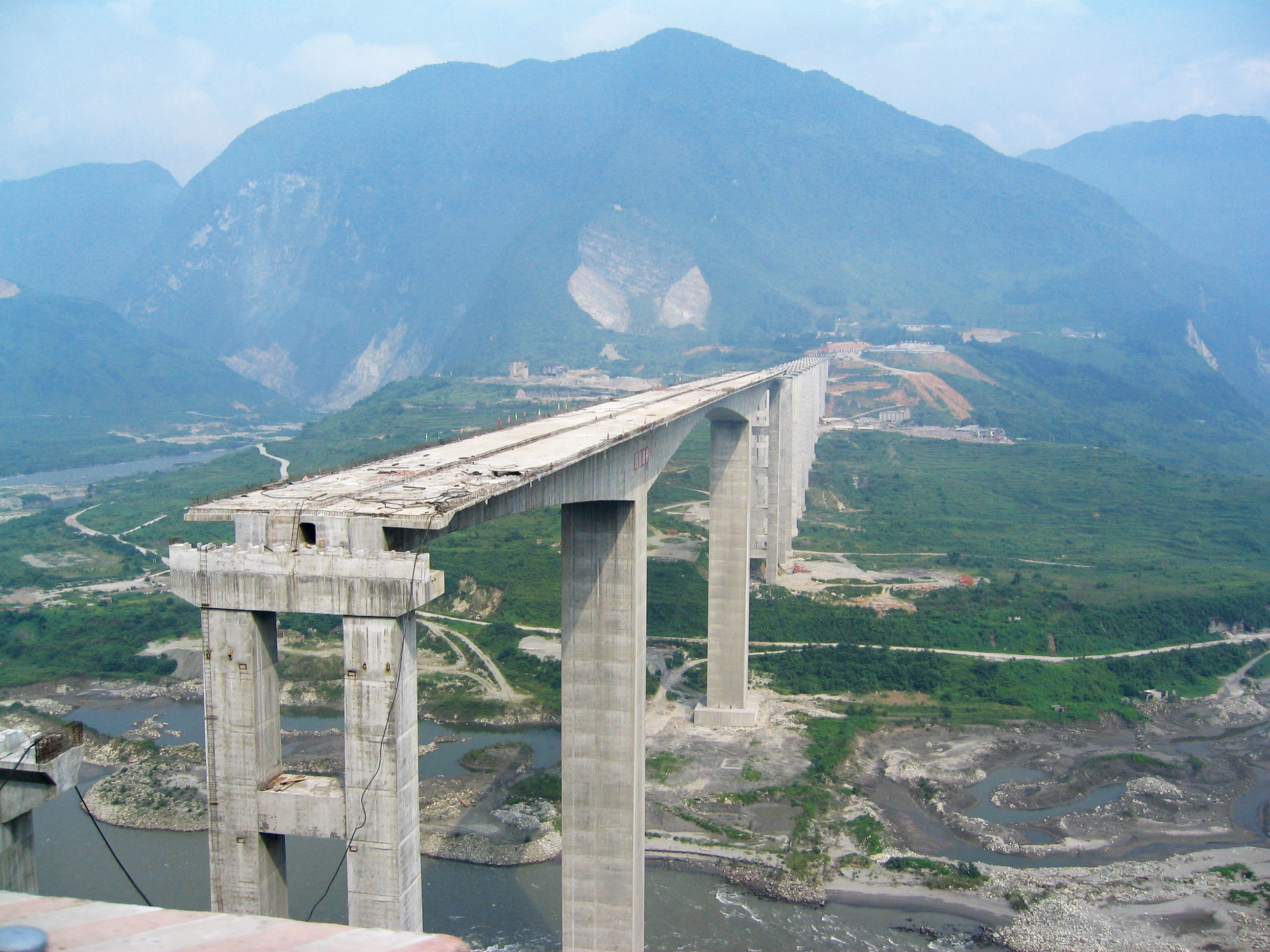 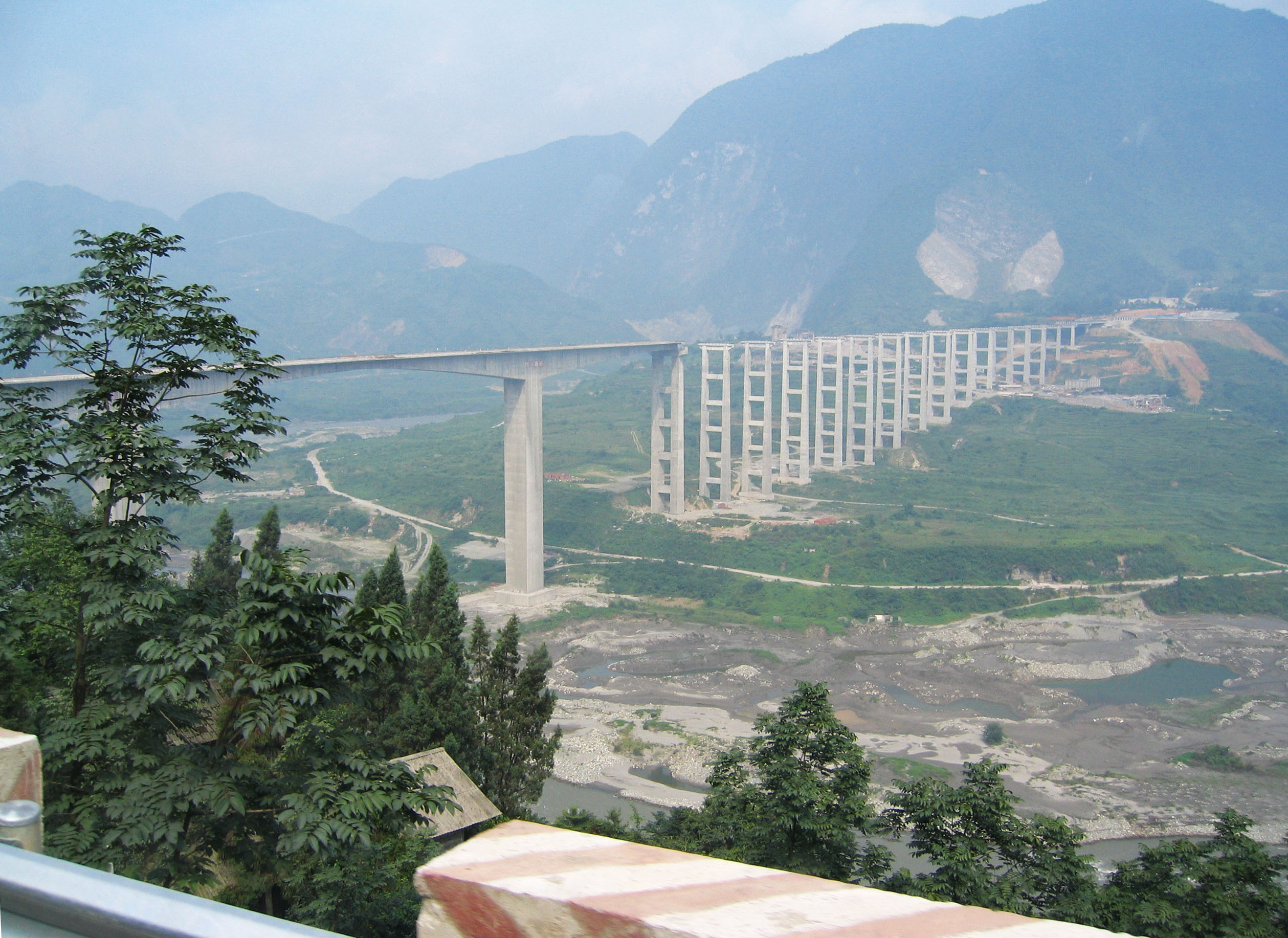 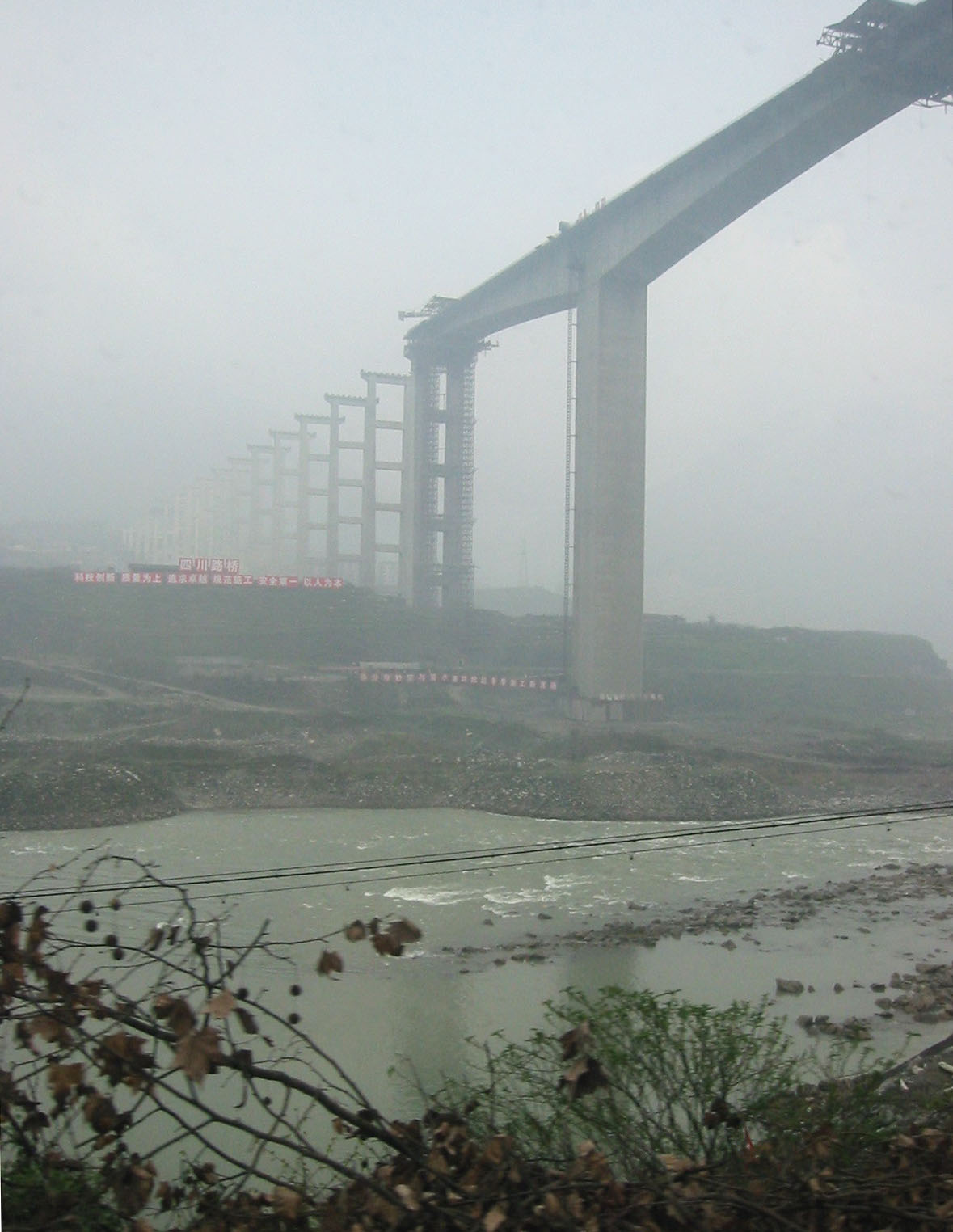 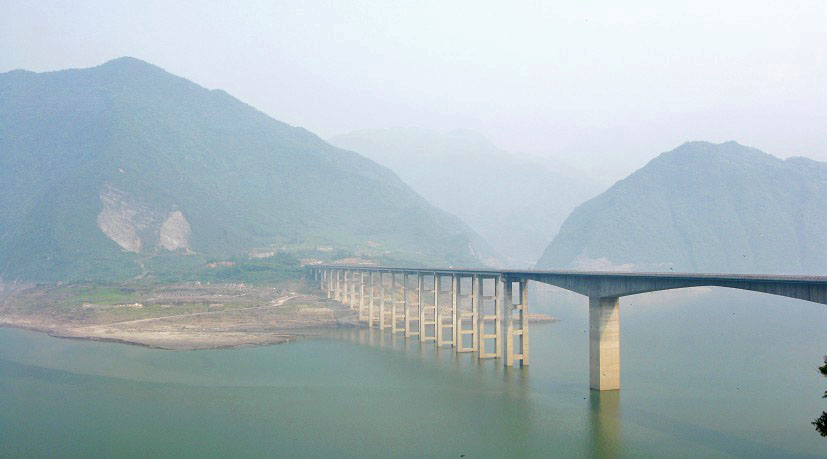 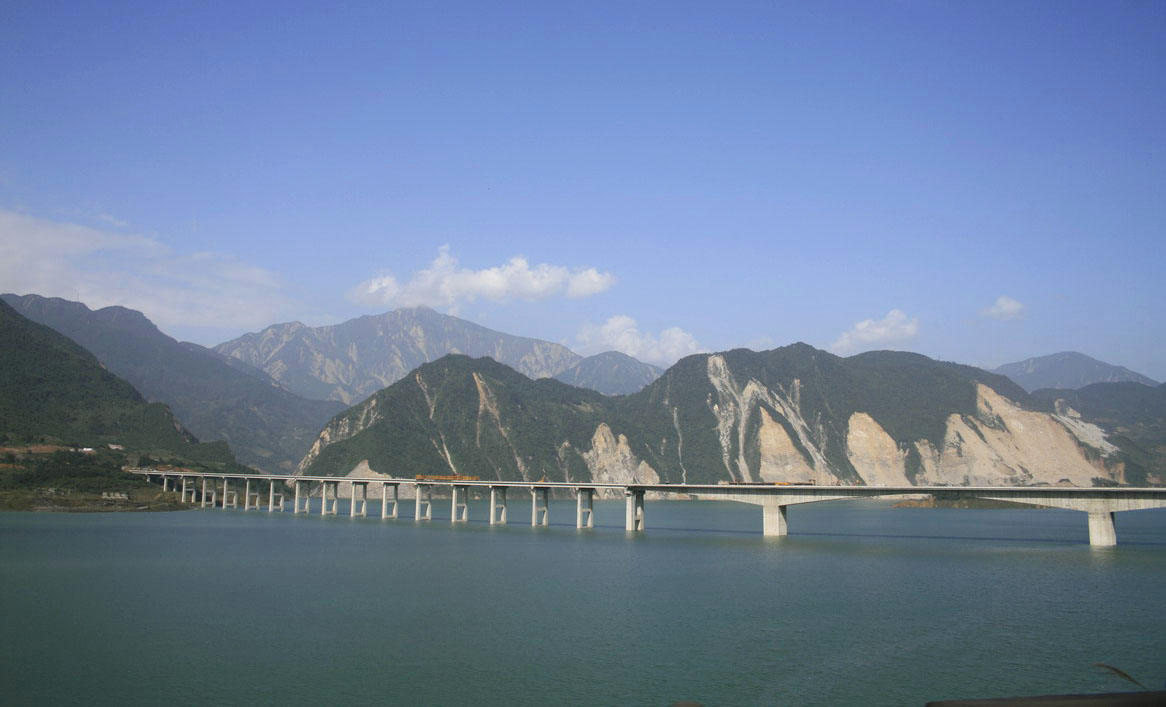 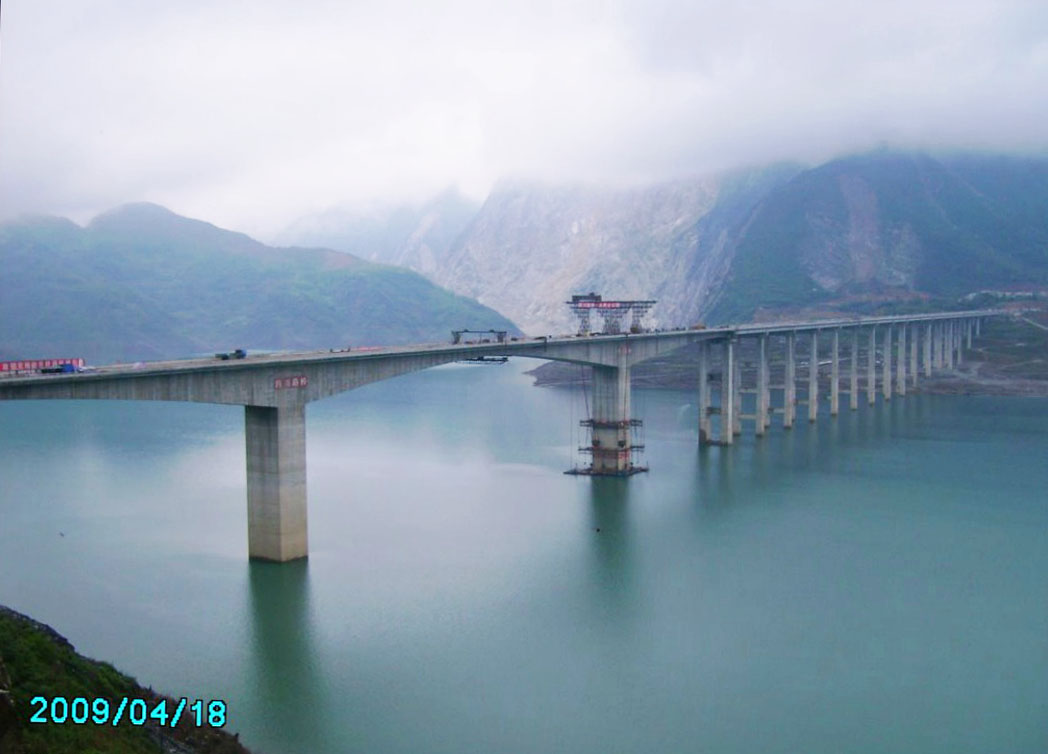 Reconstruction and rehabilitation of the Miaoziping Bridge in 2009. 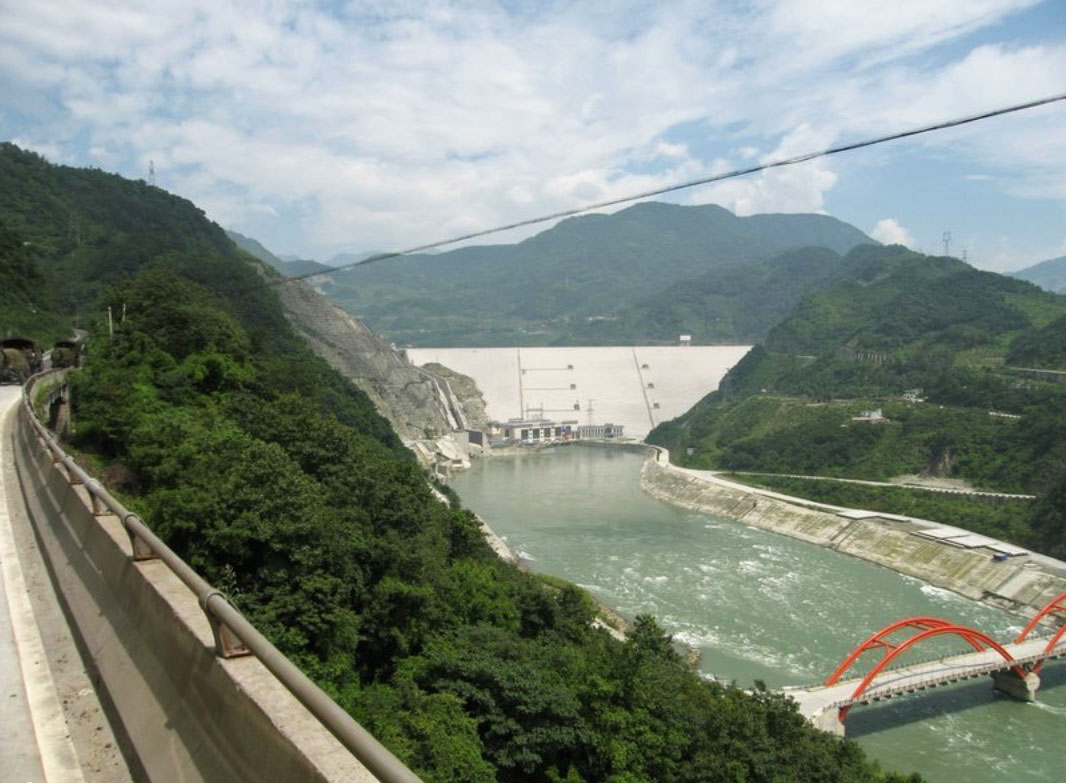 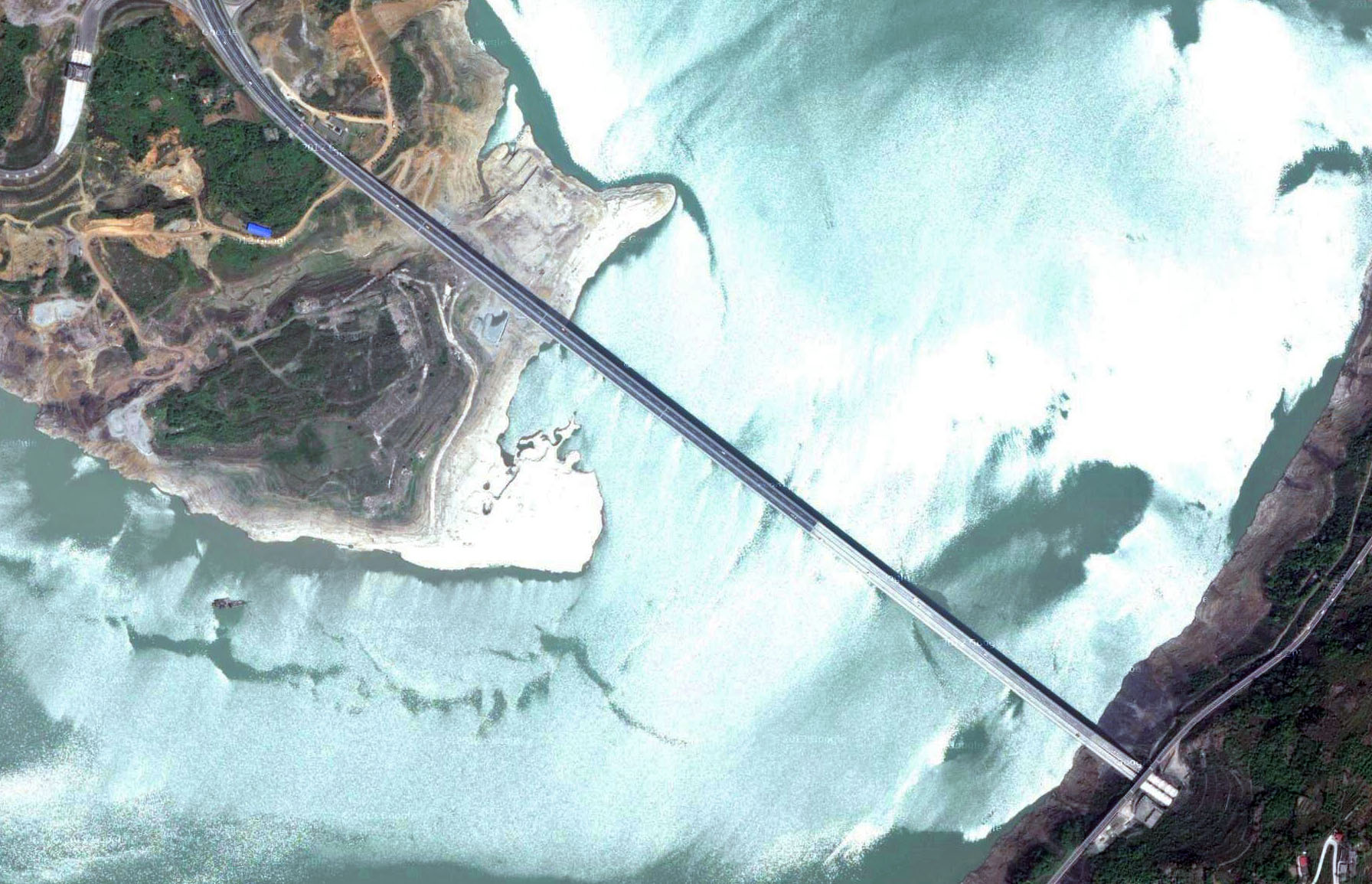 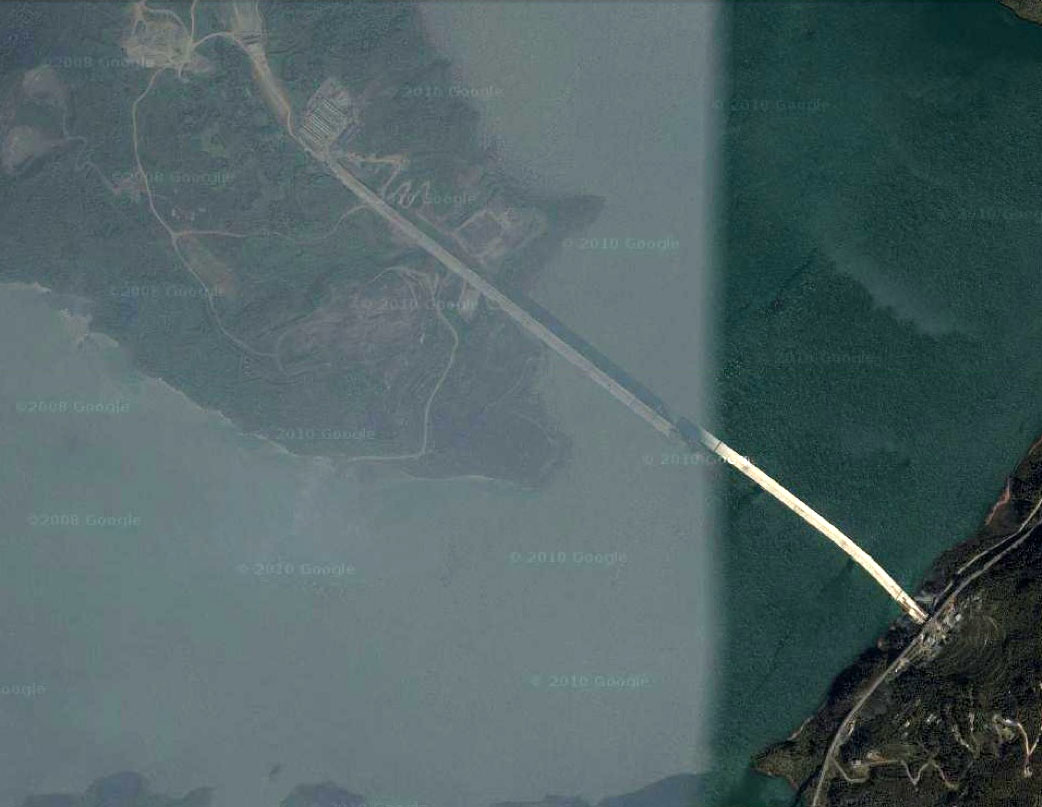 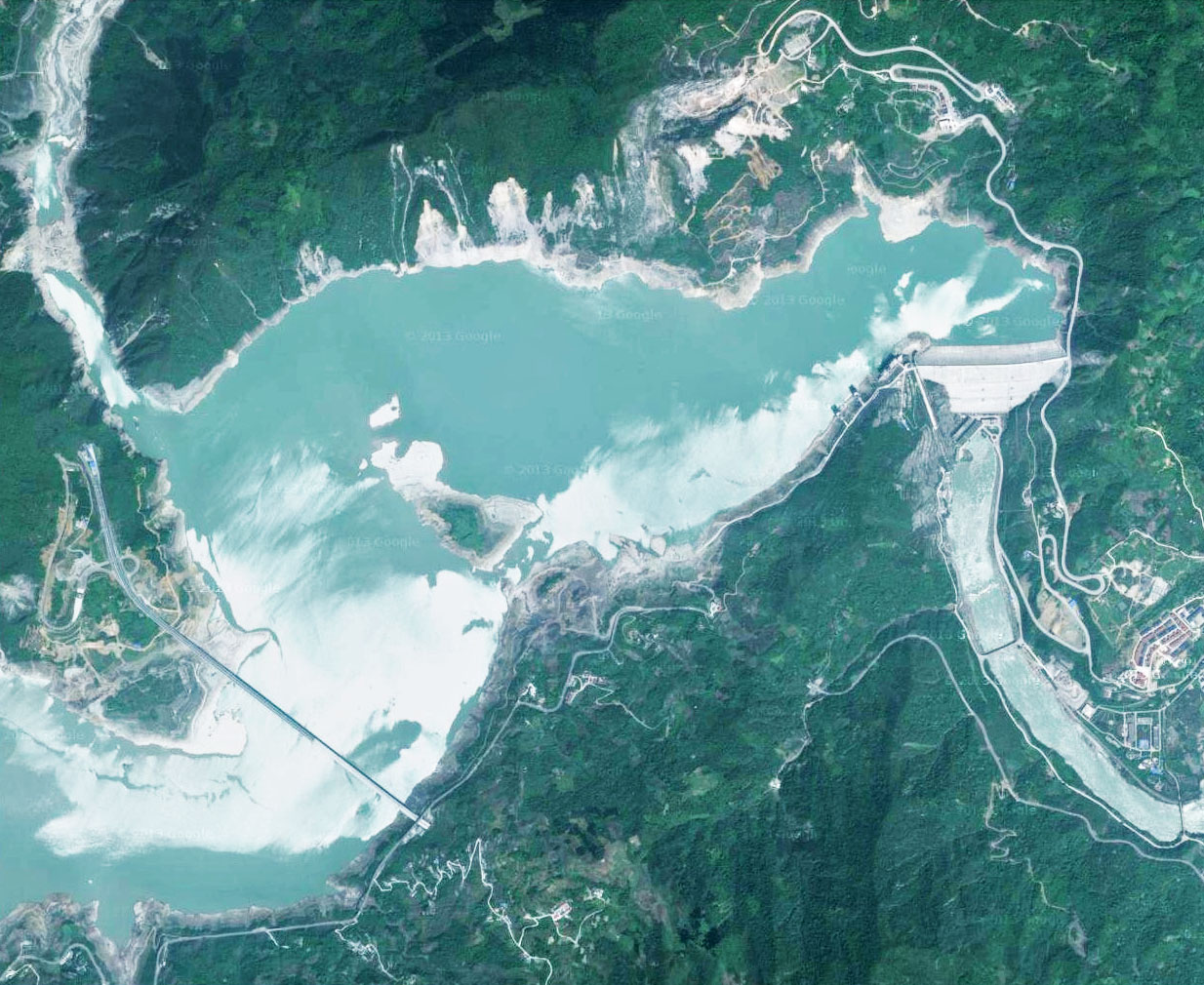 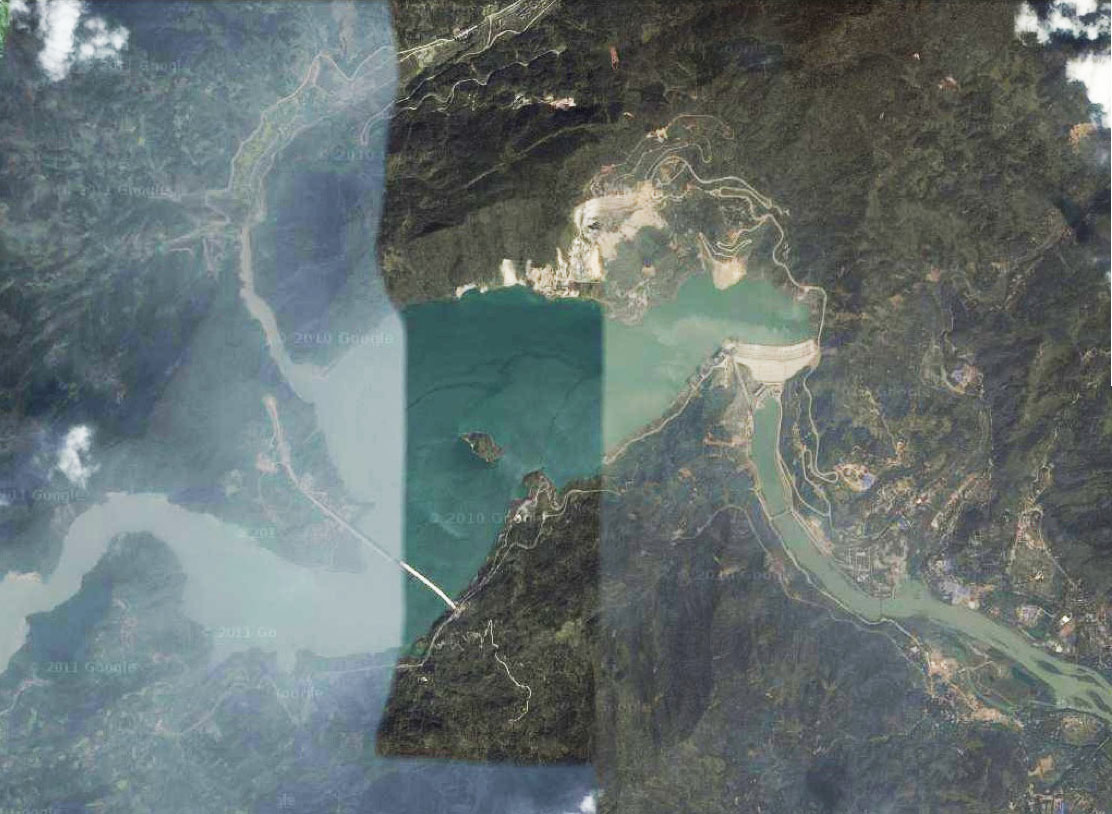 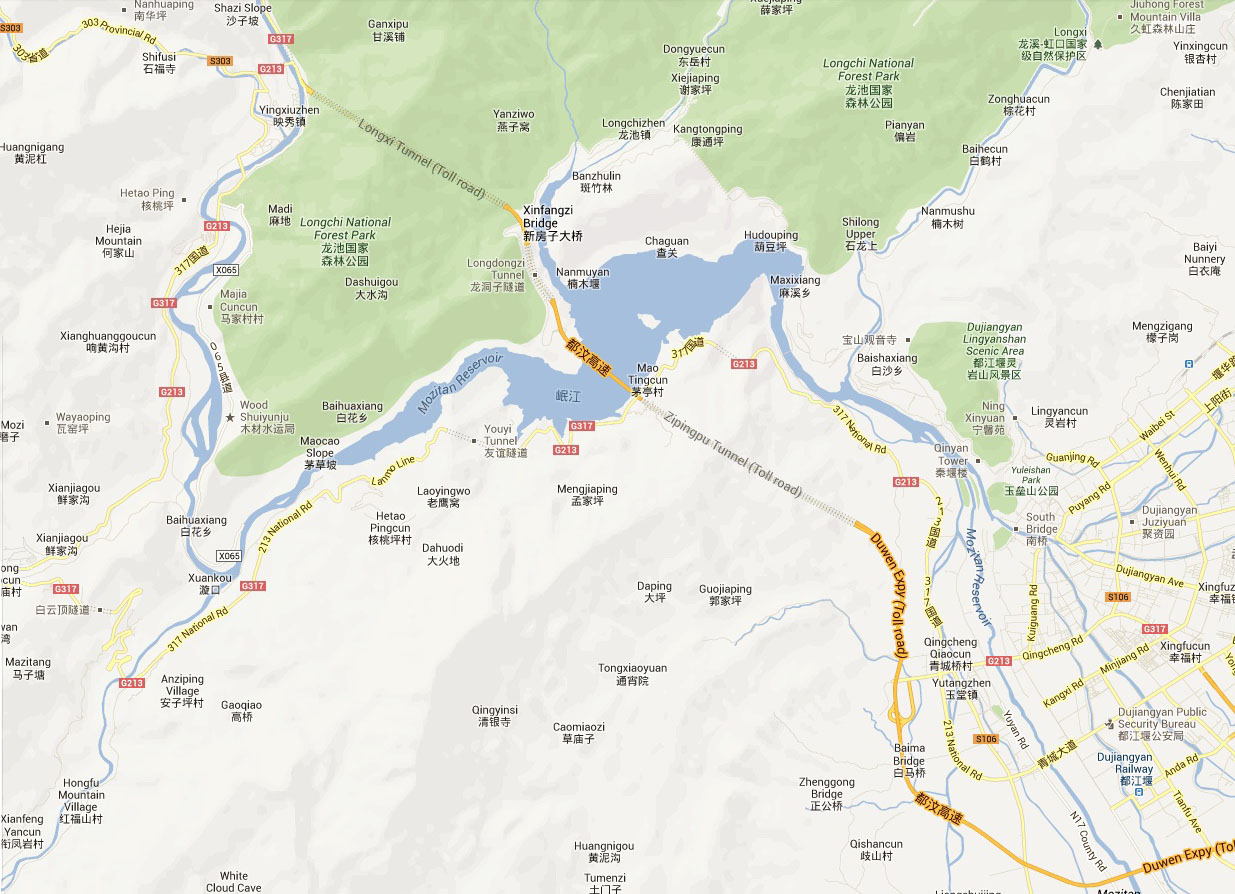