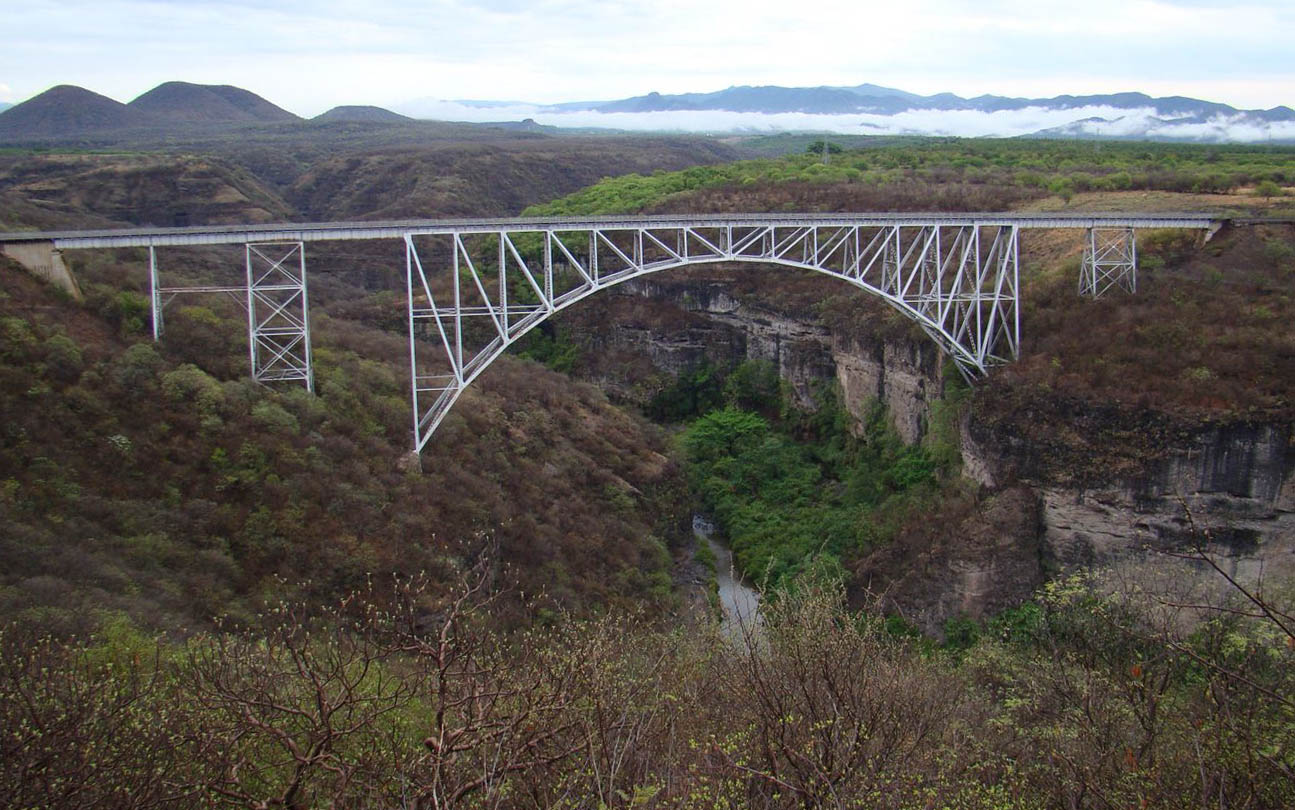 The highest railway arch bridge ever built in North America, the Marques bridge crosses the river of the same name in Central Mexico’s Michoacan State. Constructed in 1937 on the Caltzontzin-Apatzingan line, the huge 3-hinged truss arch spans 498 feet (152 mtrs) between two steep cliffs. The extreme depth of the canyon required the engineers to build the bridge by cantilevering the two halves of the bridge out from the rim of the canyon without the use of falsework. This was done with a system of tiebacks that held each half of the bridge from falling into the gorge until the two sides could rest on each other at the crown. A similar system was also used to construct the original Navajo bridge in the U.S. state of Arizona.

Before the arch design was chosen, several alternates were considered including a cantilever made to look like an arch as well as a double deckered cantilever with a 2-lane road bridge on the bottom level. If constructed, the cantilever would have briefly been the highest combination road-rail crossing in the world before the Pit River bridge was built in the U.S. state of California. 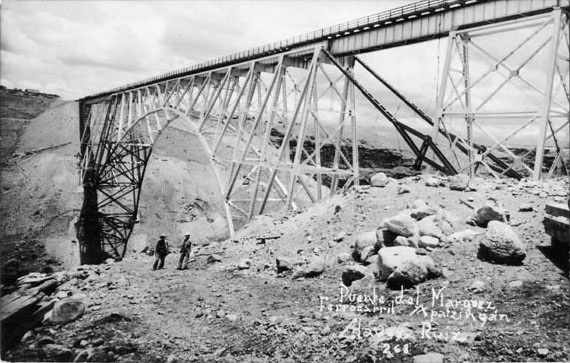 Marques Bridge postcard photograph taken just after the bridge was completed with the adjustable tieback still in place. 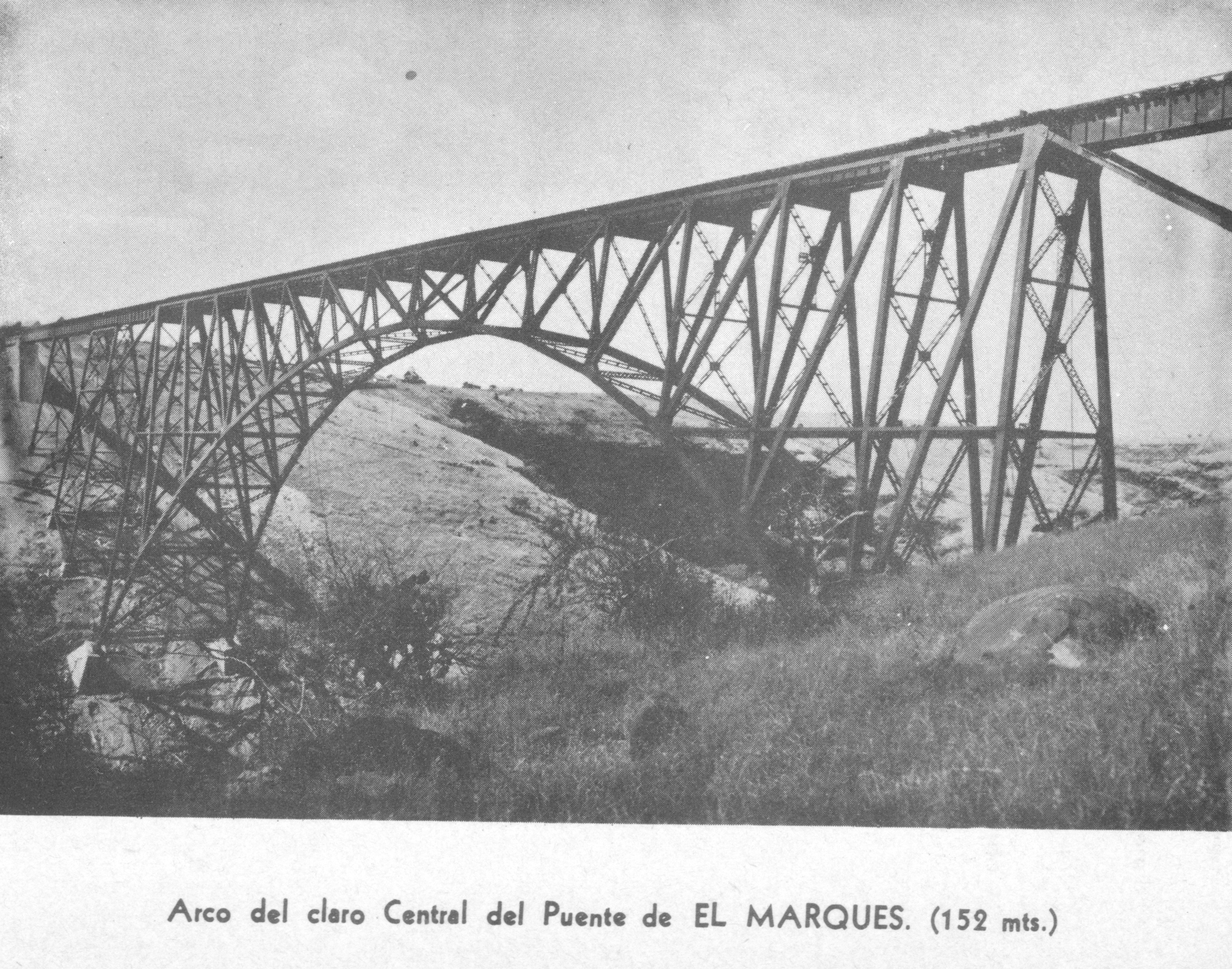 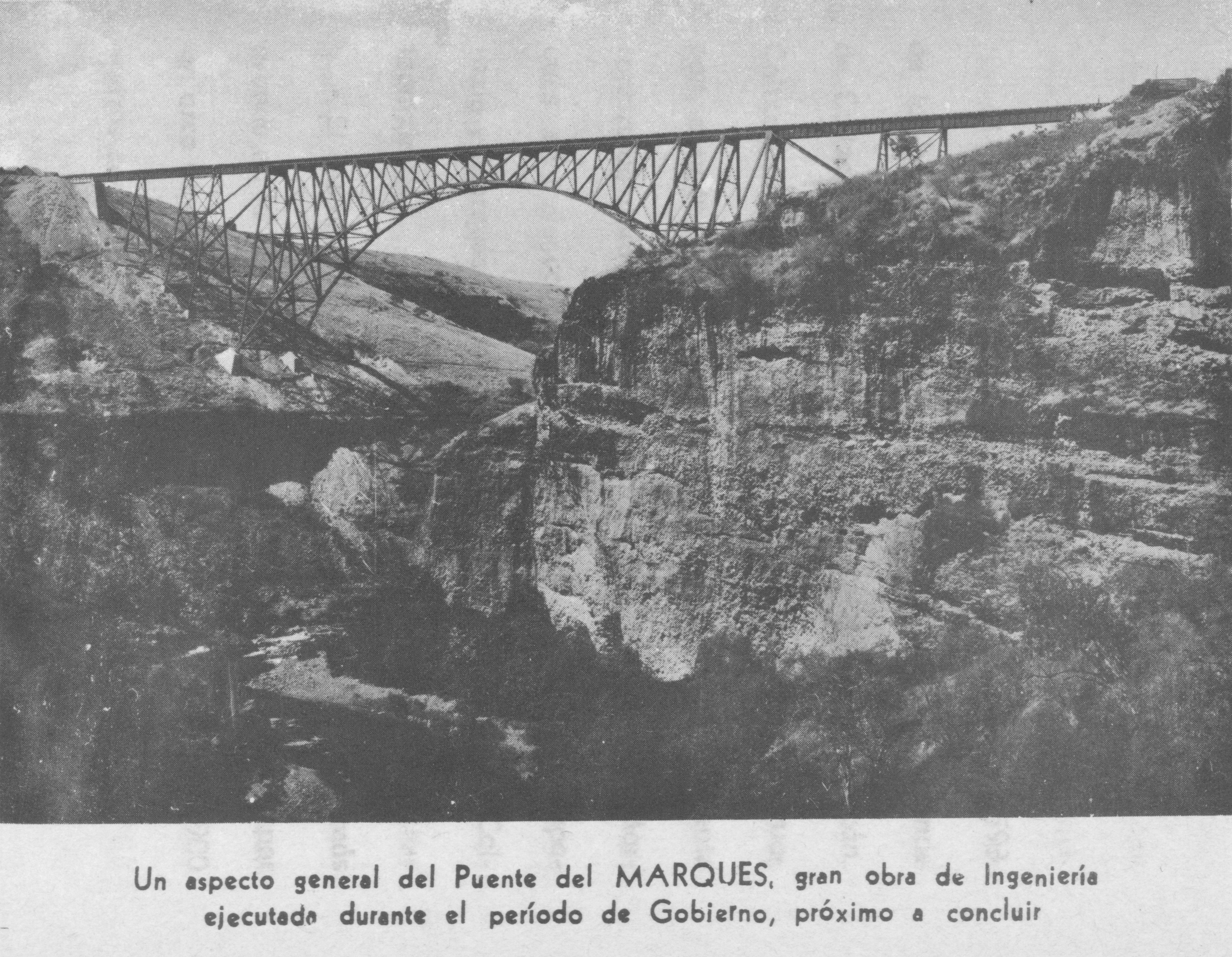 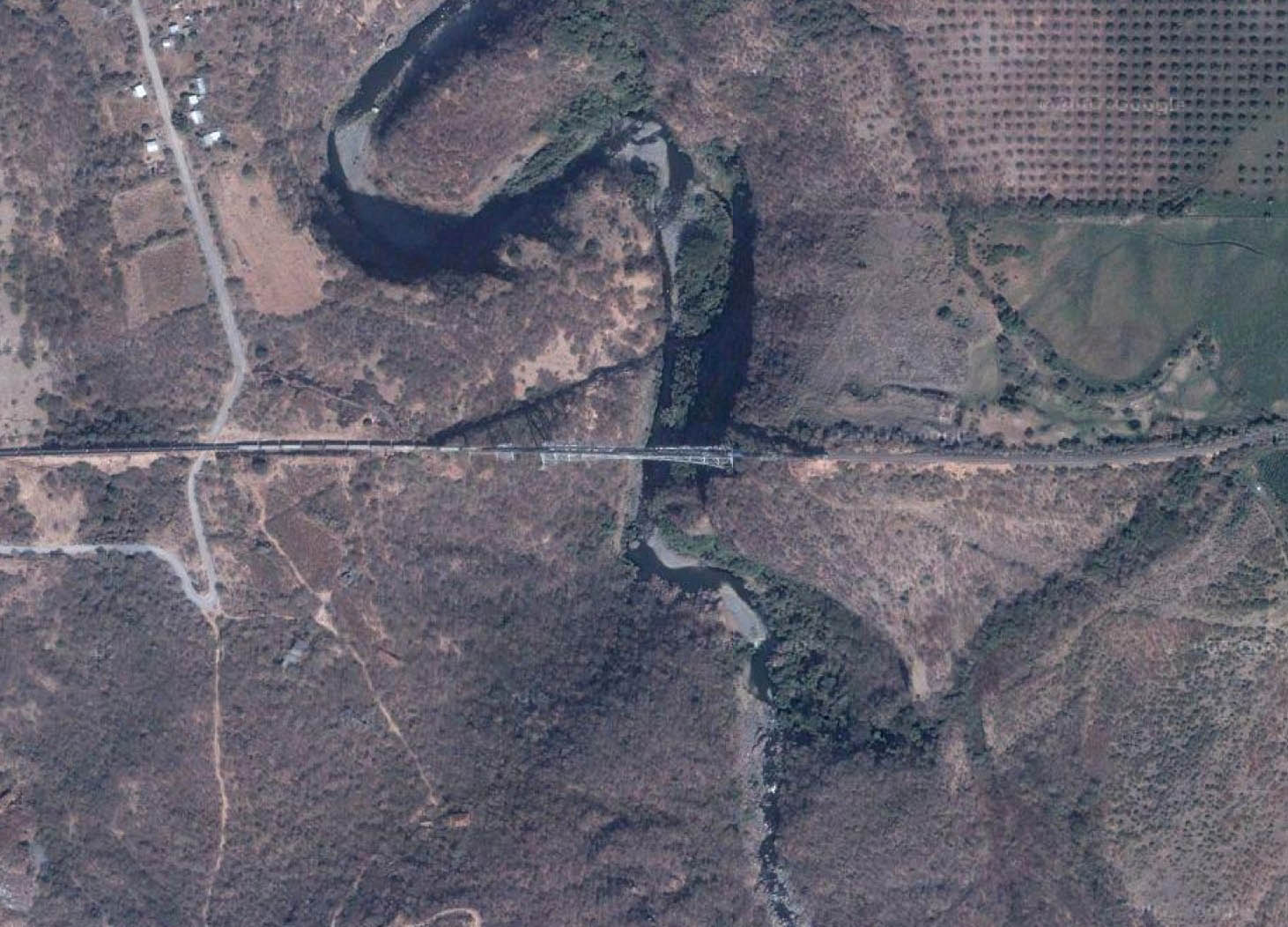