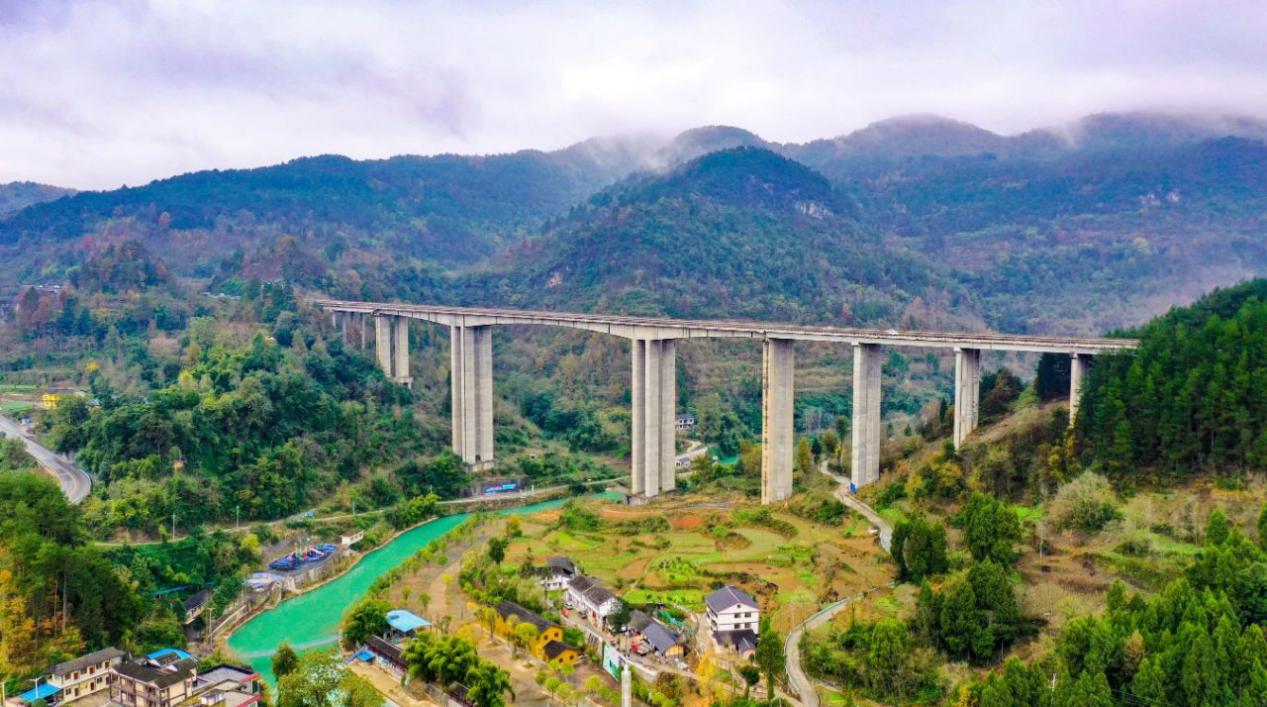 One of many high beam bridges along the G56 expressway as it cuts across eastern Guizhou Province, the Maoguanhe Bridge G56 has a main span of 120 meters. Just south of the G56 crossing are the older concrete arch bridge on local route G326 built in 2007 and an even older stone arch bridge that was last widened and strengthened in 1941.

The G56 Hanggrui Expressway is one of China's epic 4-lane highways that extends 2,935 kilometers from the east coast city of Hangzhou all the way to the west coast city of Ruili at the border with the country of Burma. 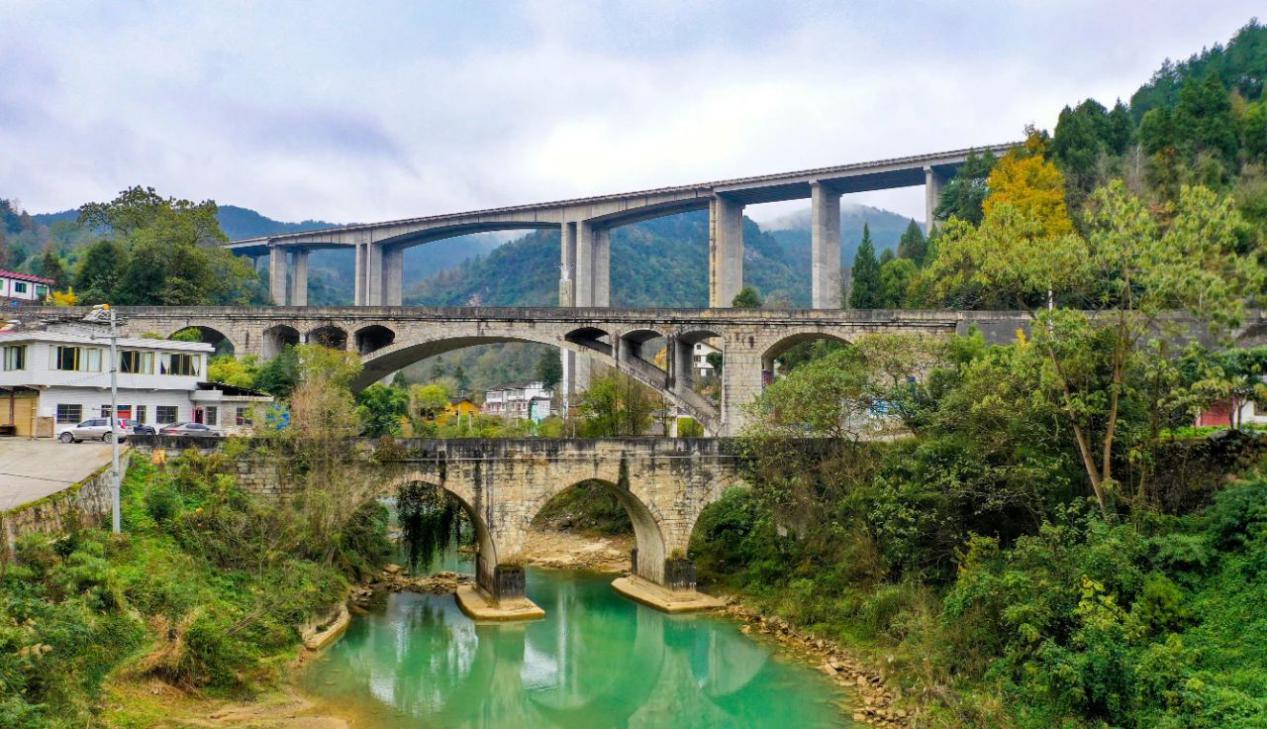 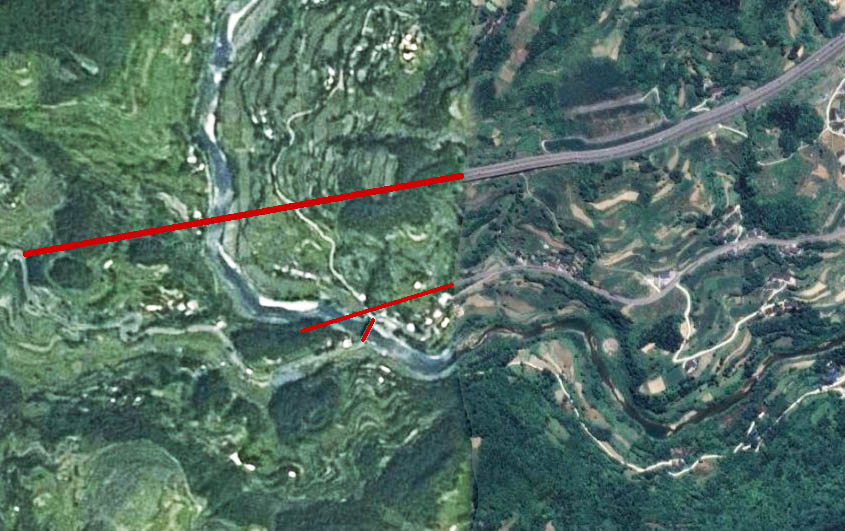 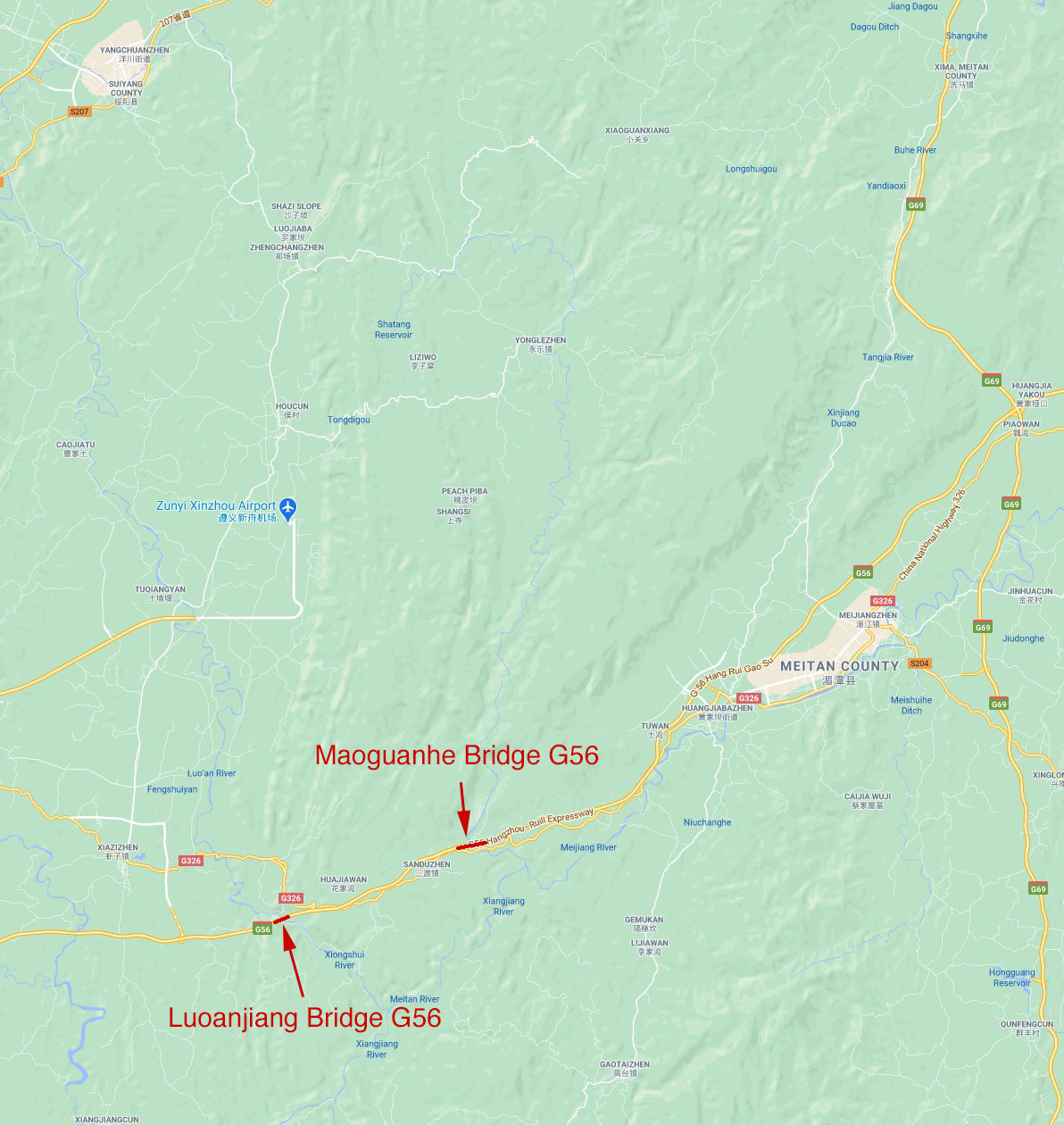