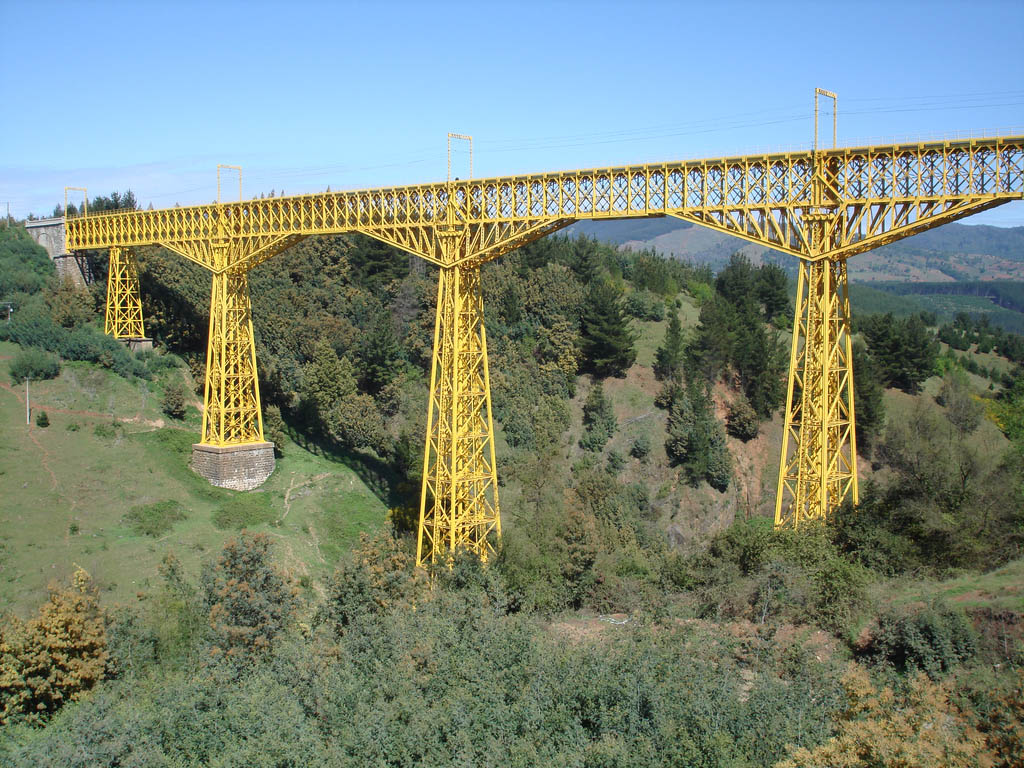 Chile’s most famous railway structure, the beautiful Viaducto del Malleco opened in 1890 as part of a new line between the capital city of Santiago and the southern half of the country. Attributed to Chilean engineer Jose Victorino Lastarria, the viaduct’s 23 foot (7 mtr) deep lattice spans were clearly inspired by the French who fabricated the components before shipping them across the Atlantic Ocean. Like almost all railway bridges built before 1900, the bridge was eventually reinforced to handle heavier locomotives. In 1927 an additional tower was added near the center of the two approach spans while truss struts were extended out from the 4 main towers. Despite these changes, the bridge retained its classic look and remains one of the great engineering icons of the South American railways.

Parallel to the railway crossing is a highway bridge about 250 feet (76 meters) above the Malleco River. It is Chile’s second highest road bridge after the Amolanas bridge on the route 5 Pan-American highway. 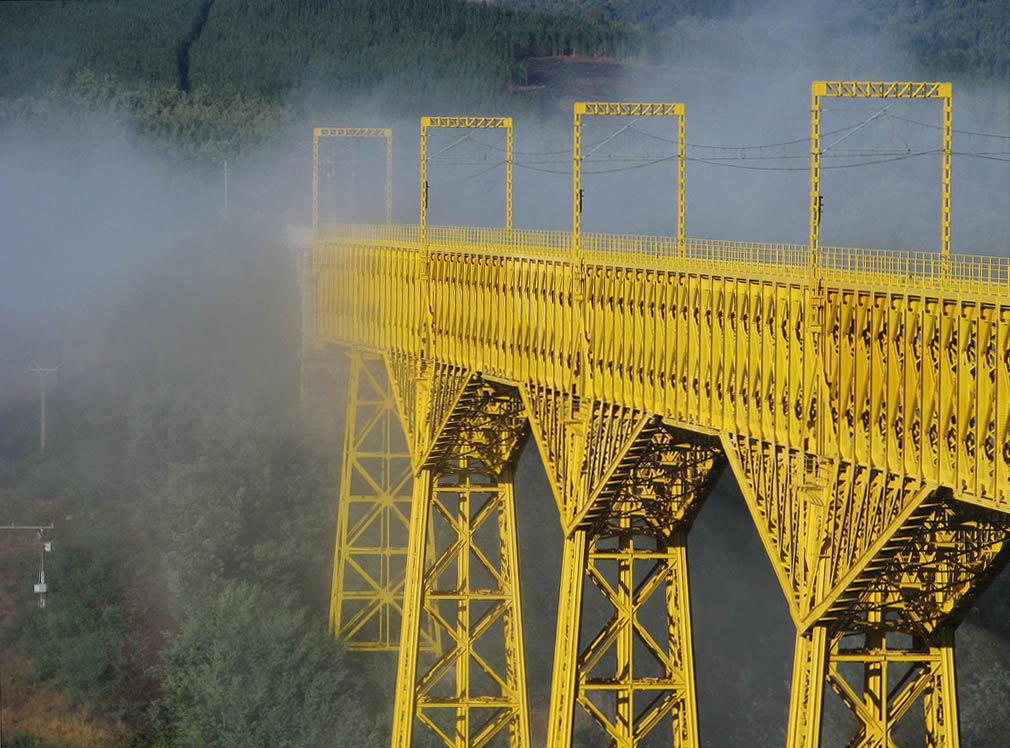 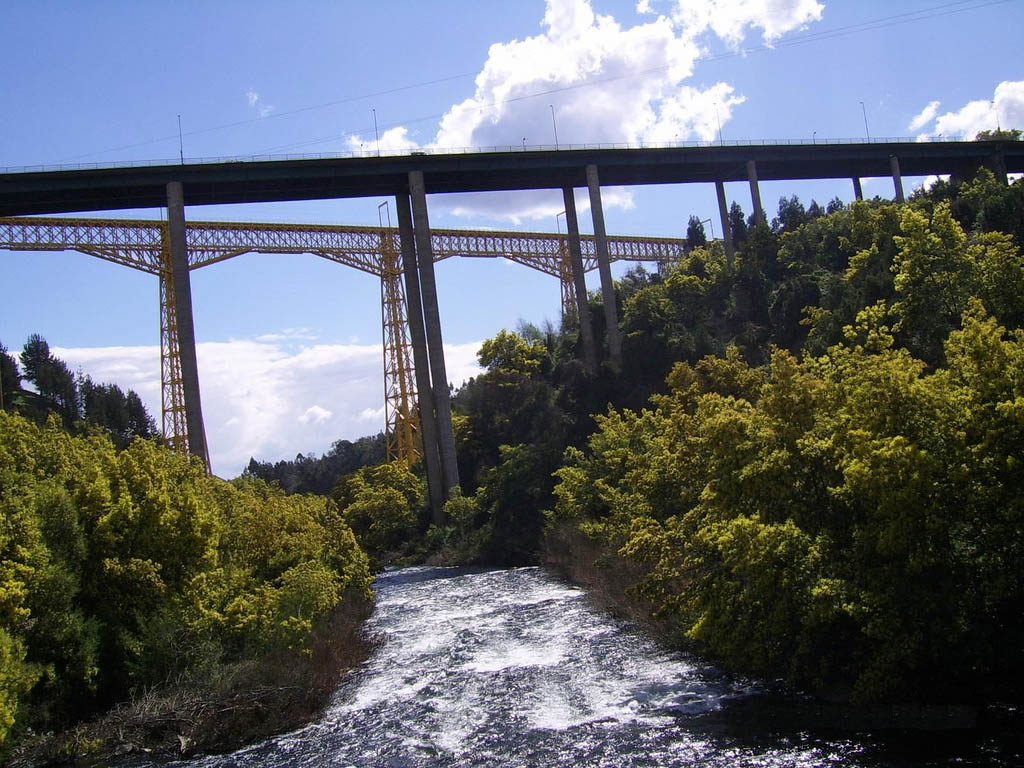 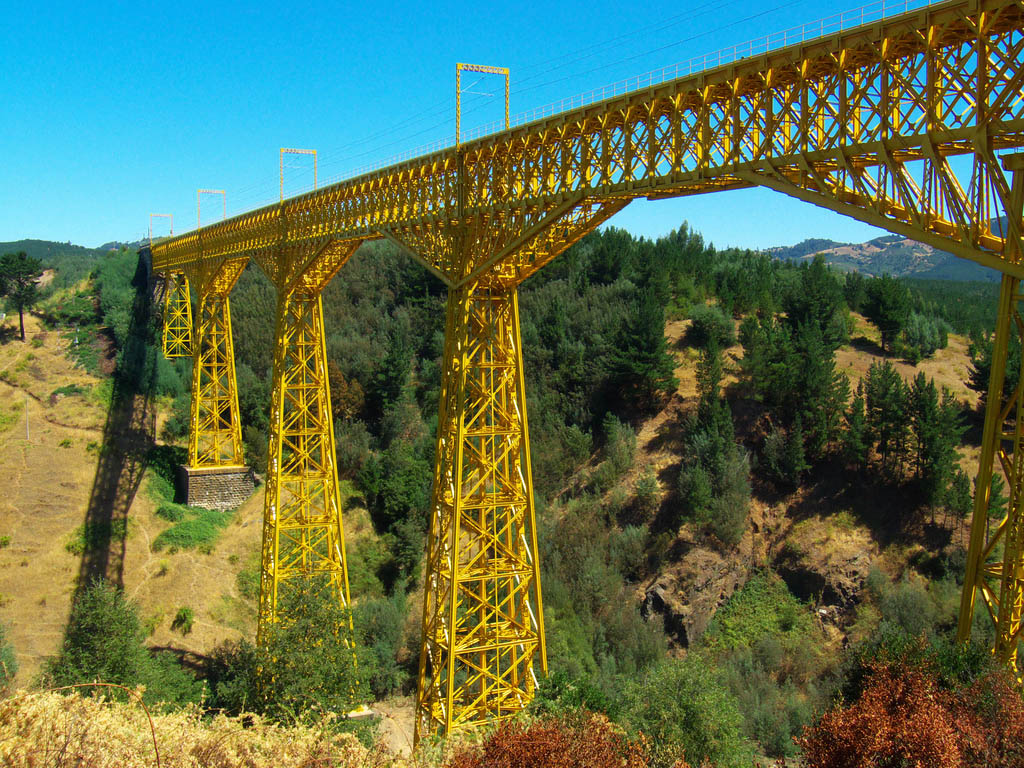 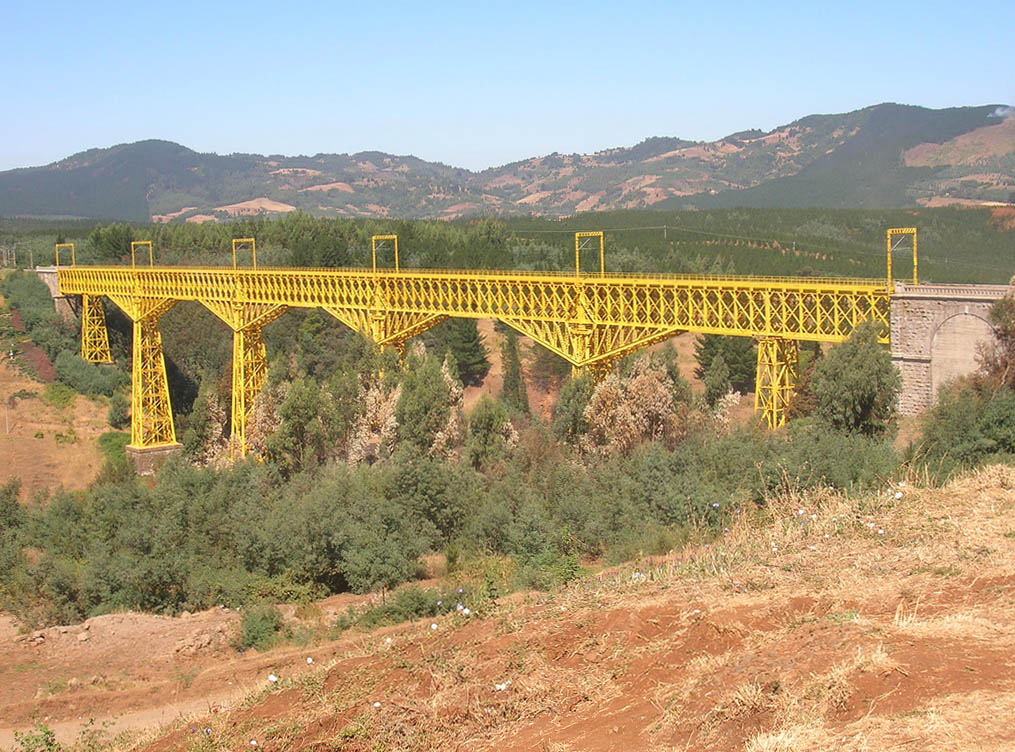 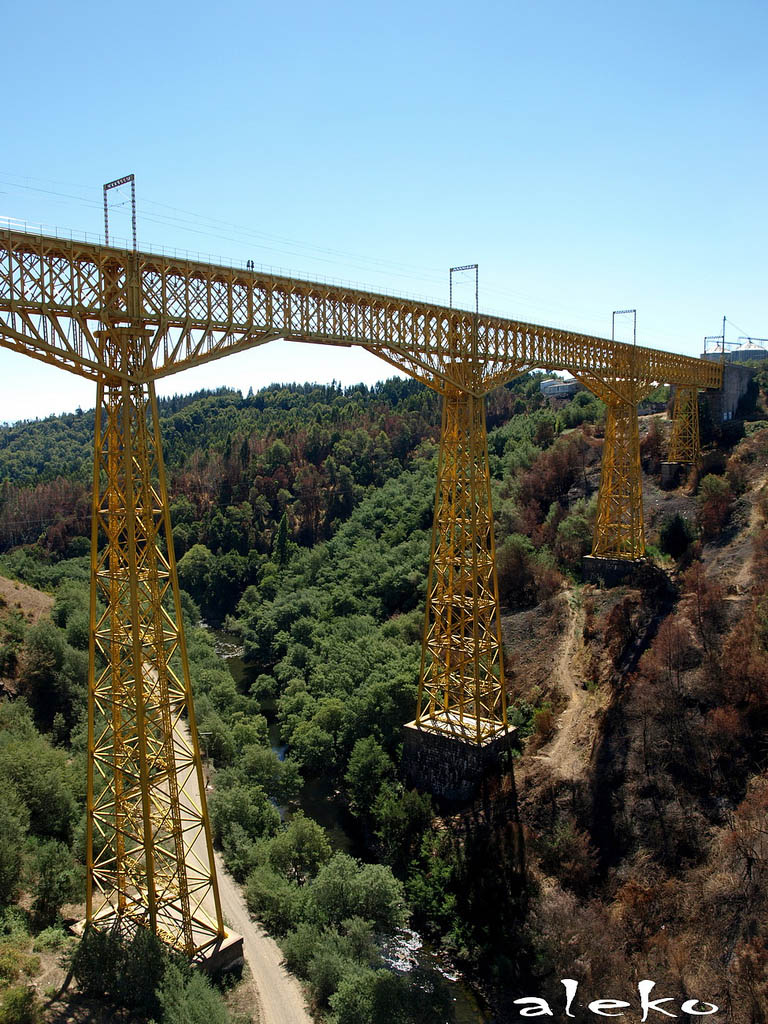 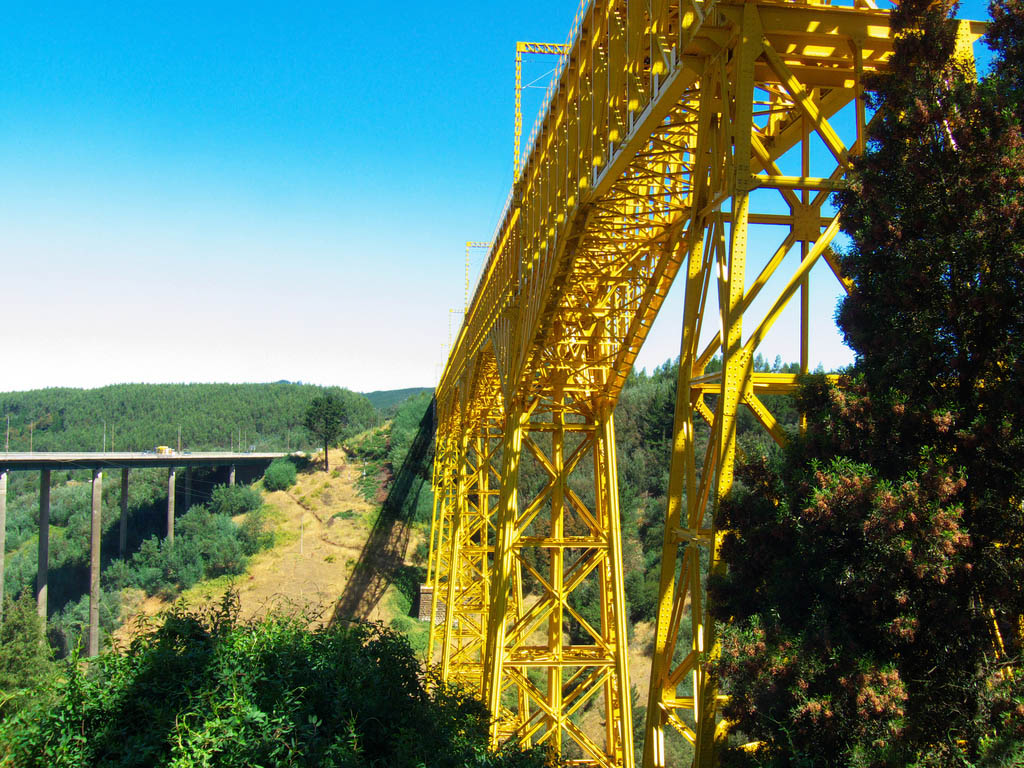 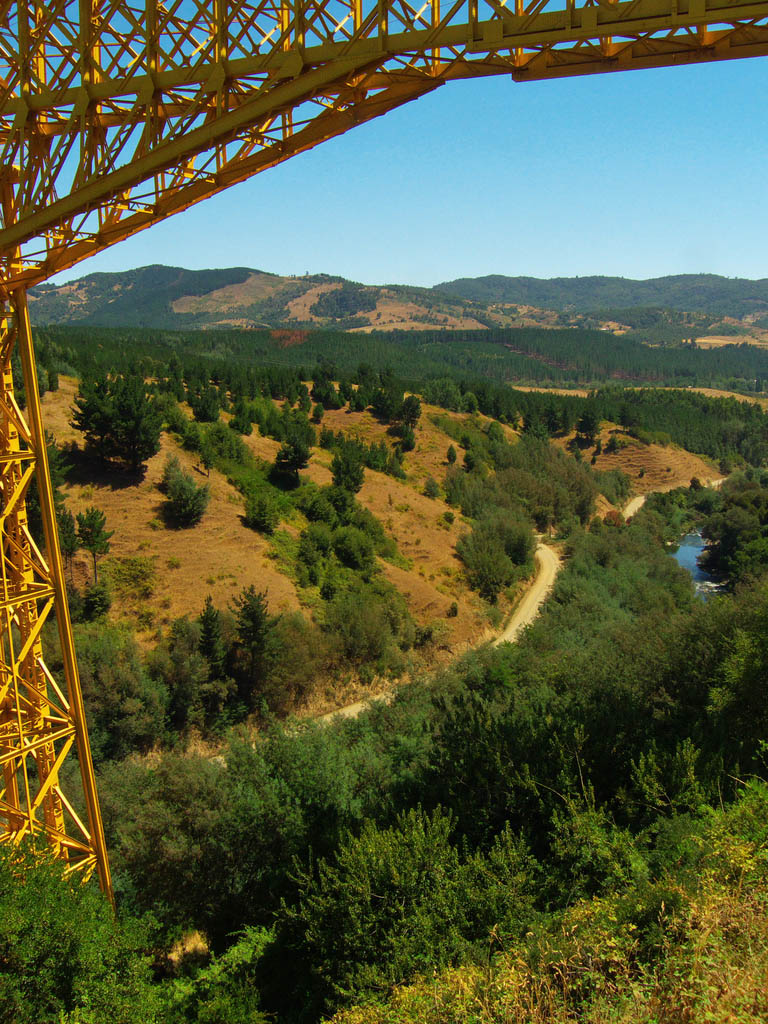 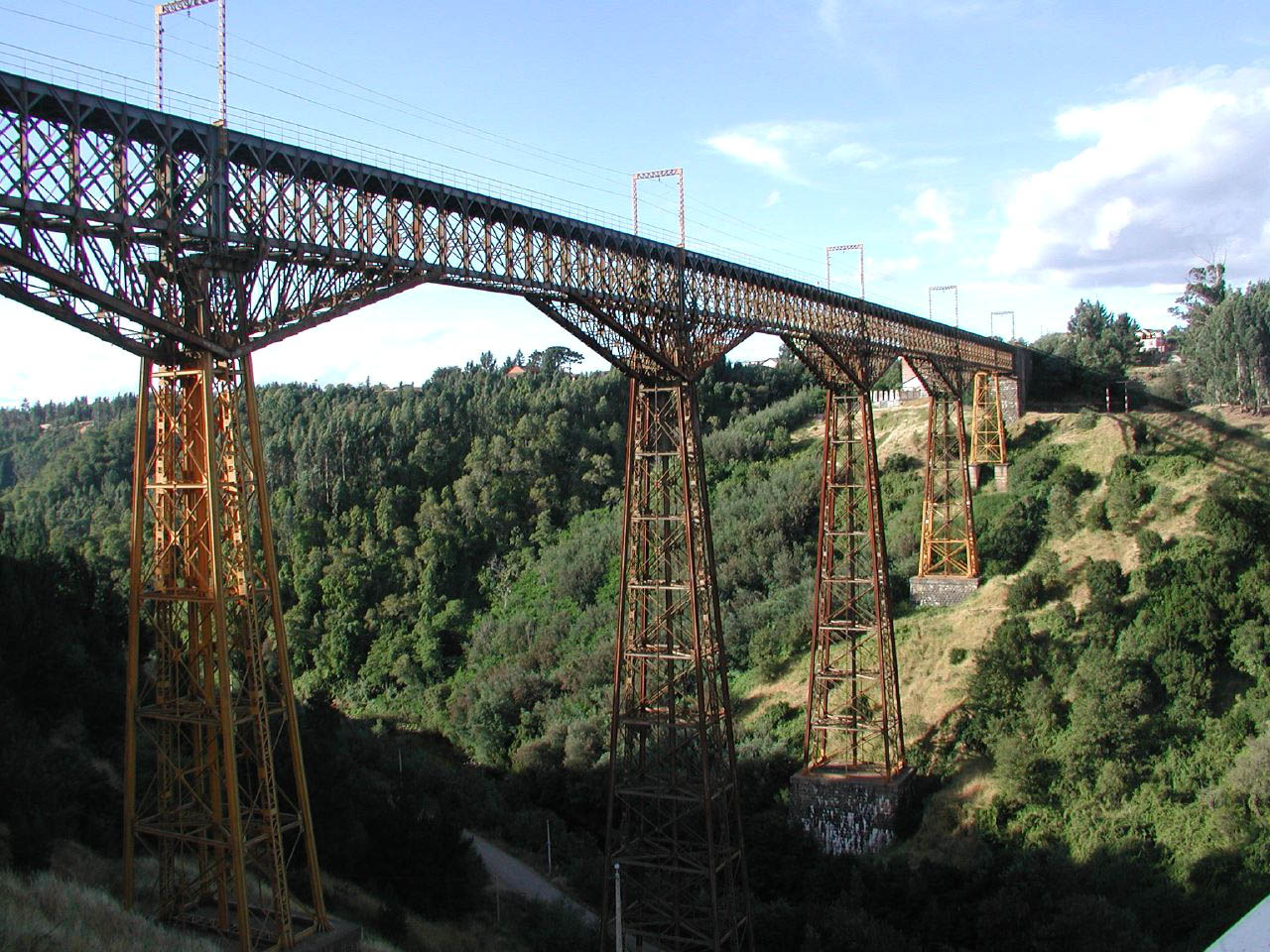 A view of the viaduct before the brilliant yellow paint job. Image by Guacharako. 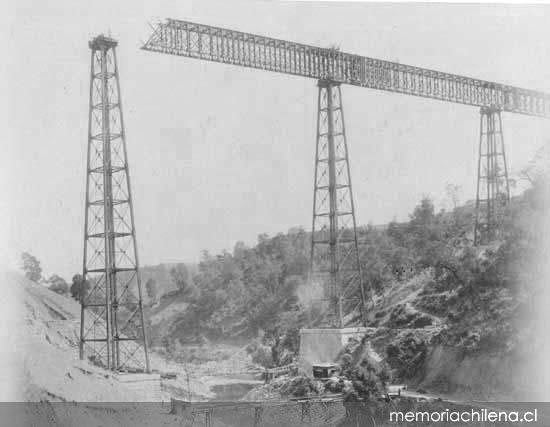 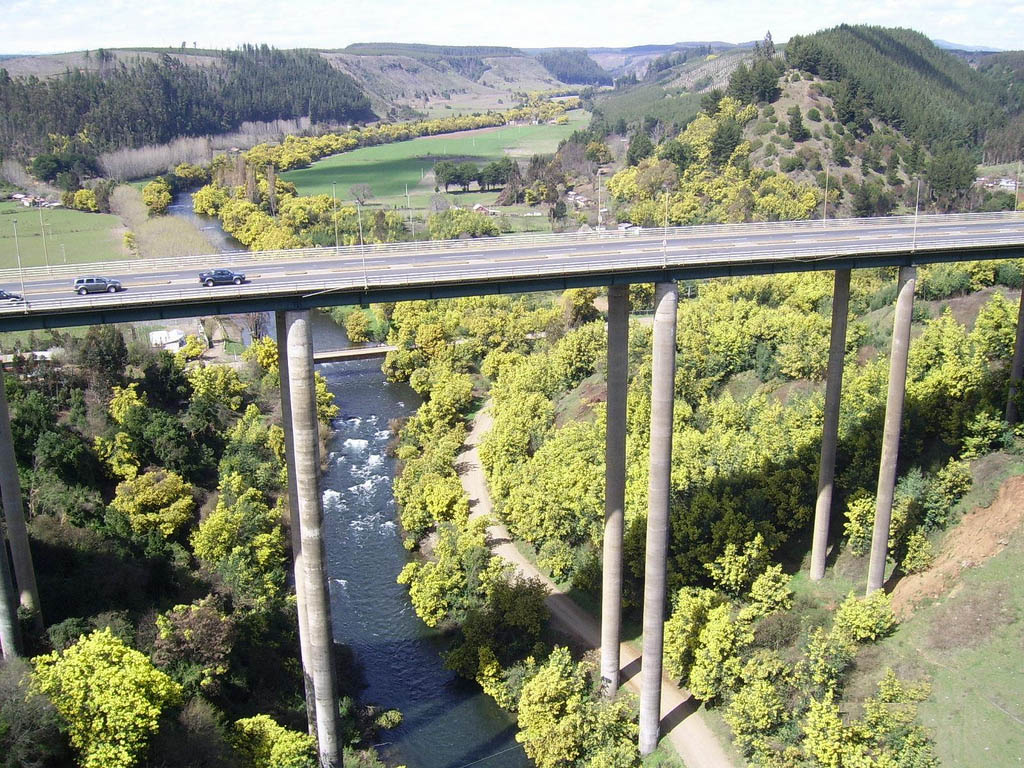 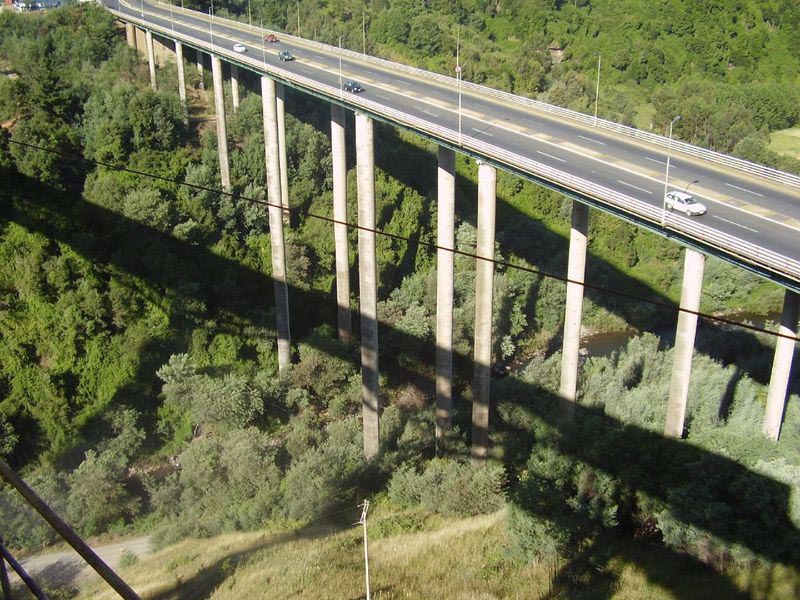 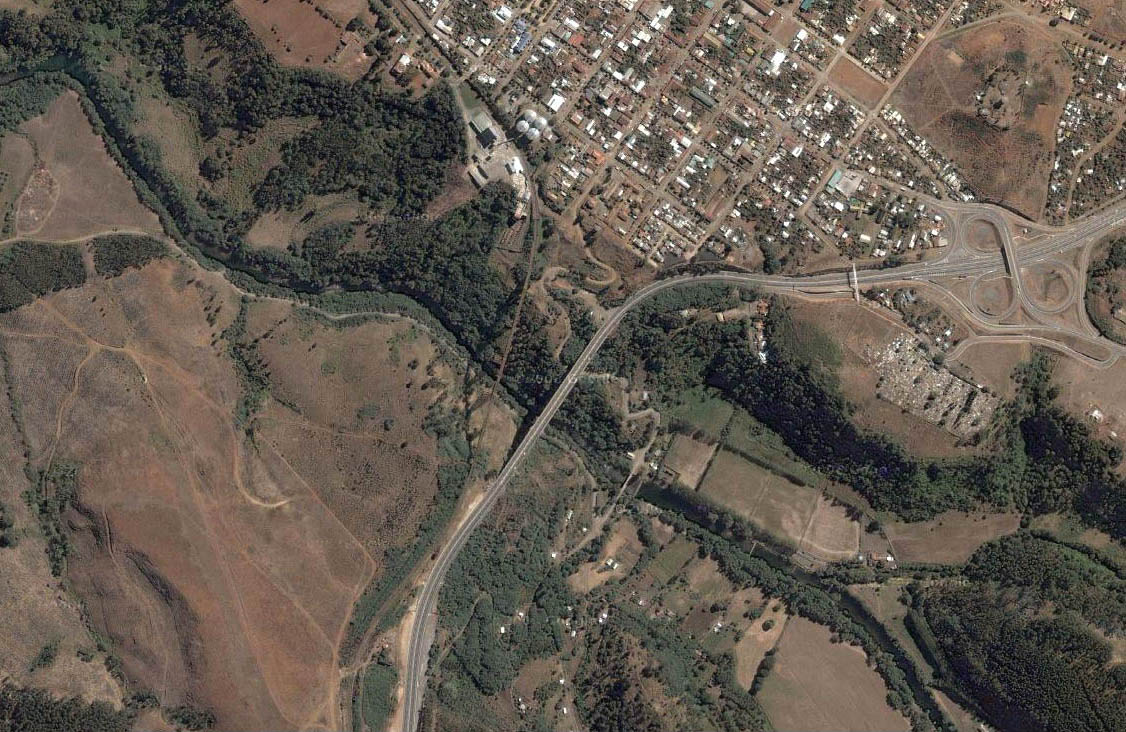 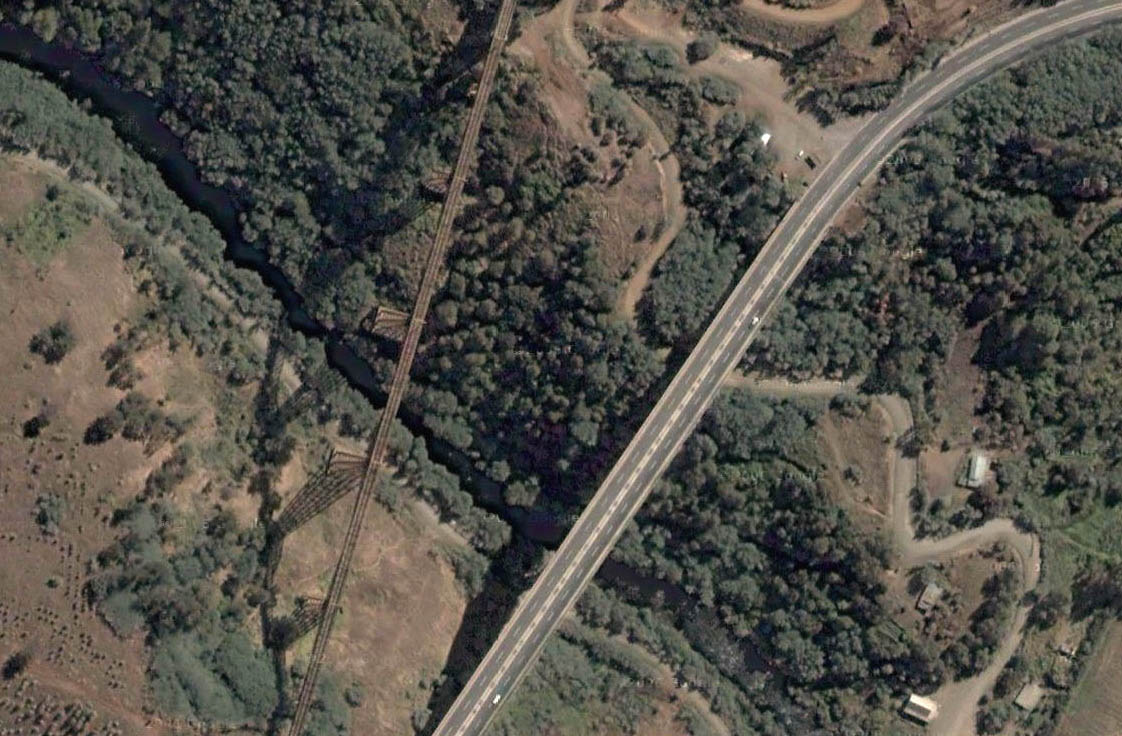