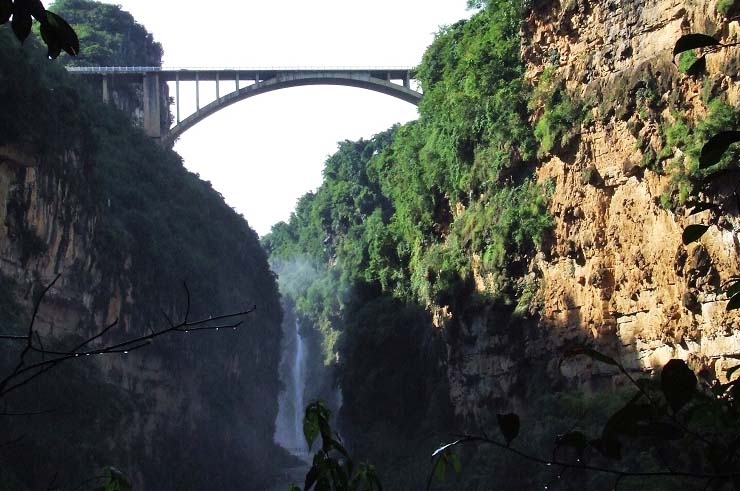 The first high bridge to cross the Maling River gorge, this concrete arch bridge is located over one of the most beautiful and scenic waterways in all of China. The remote Maling River gorge slices across a high plateau in western Guizhou Province near the border with Yunnan province. Dozens of waterfalls cascade into the gorge from cliffs more than 328 feet (100 meters) high. Hiking paths and an elevated walkway descend into the gorge, allowing tourists to view the stunning effects of water erosion. Rock formations that look like mushrooms or tapestries hang over portions of the walkway. In 1994 Maling gorge was declared an official National Scenic Spot. The river is also one of the most popular places in Guizhou province for canoeing, kayaking and rafting.

The concrete arch bridge was followed in 2009 by the even more spectacular Malinghe cable stayed bridge. Marching across the river plain on a series of unusually tall approaches, the 4-lane highway bridge leaps across the deep river chasm in a single span of 1,181 feet (360 meters). The road deck hangs from two planes of cable stays supported on two A-frame towers. One of the towers was built behind a tall but apparently unstable mini-mountain that rises 200 feet (61 mtrs) or so from the surrounding terrain before dropping vertically into the Malinghe River gorge.

There are very basic hotel accommodations about 6 miles (10 kilometers) away in the city of Xingyi. You can reach Xingyi on a day long bus ride from Yunnan’s capital city of Kunming or Guizhou’s capital city of Guiyang. 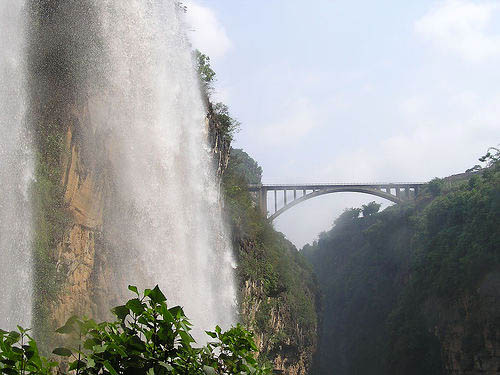 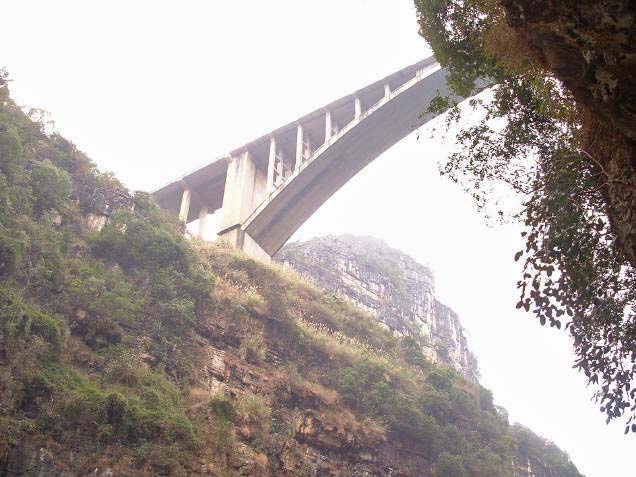 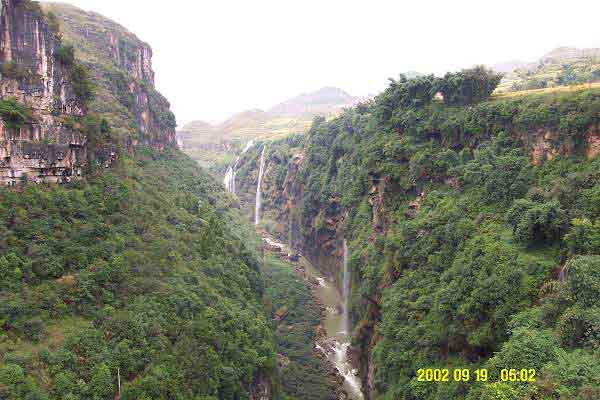 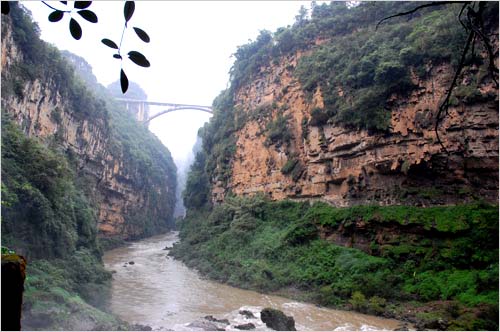 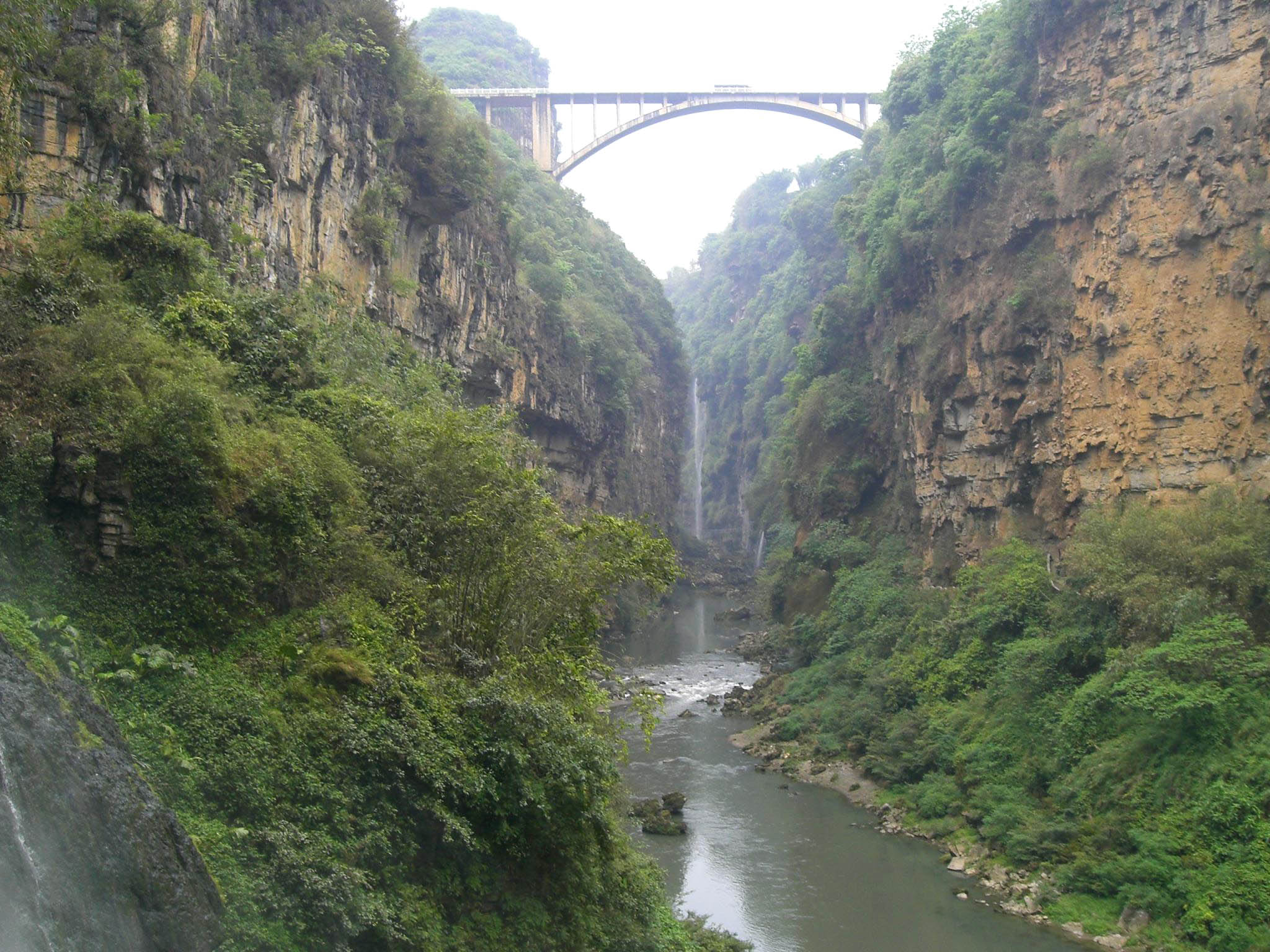