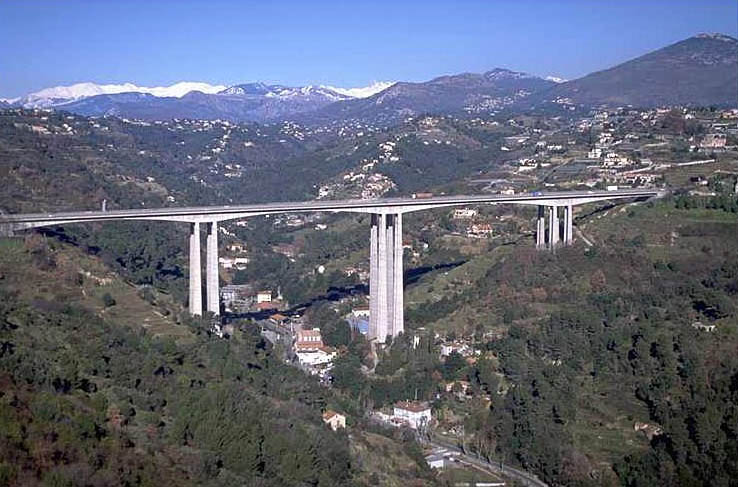 The highest bridge on France’s A8 motorway, the Viaduc du Magnan originally opened in 1976. Located near the border with Italy, the tapered piers are the most outstanding element of the design with concrete walls that cast a relief shadow that shrinks in size as it rises up the shaft to the road deck. The prestressed concrete beam bridge was twinned in 1983. 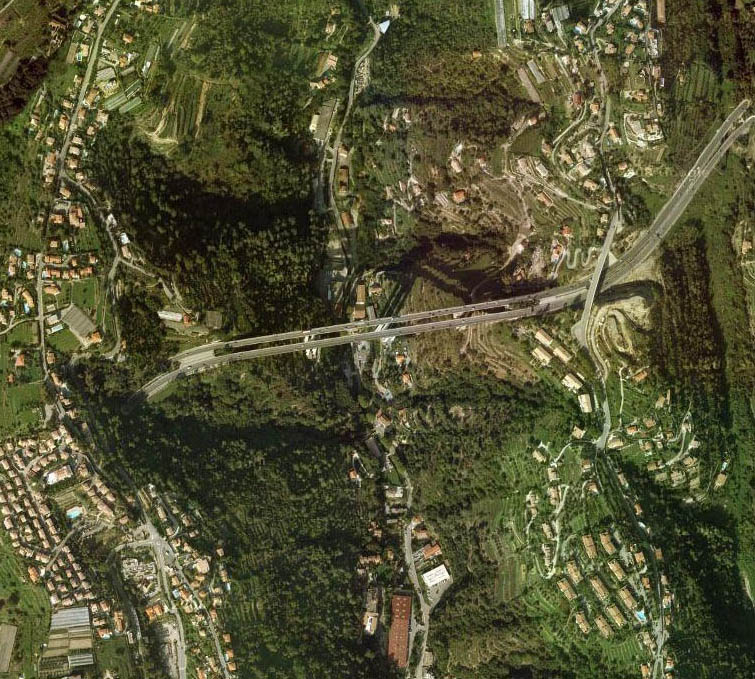 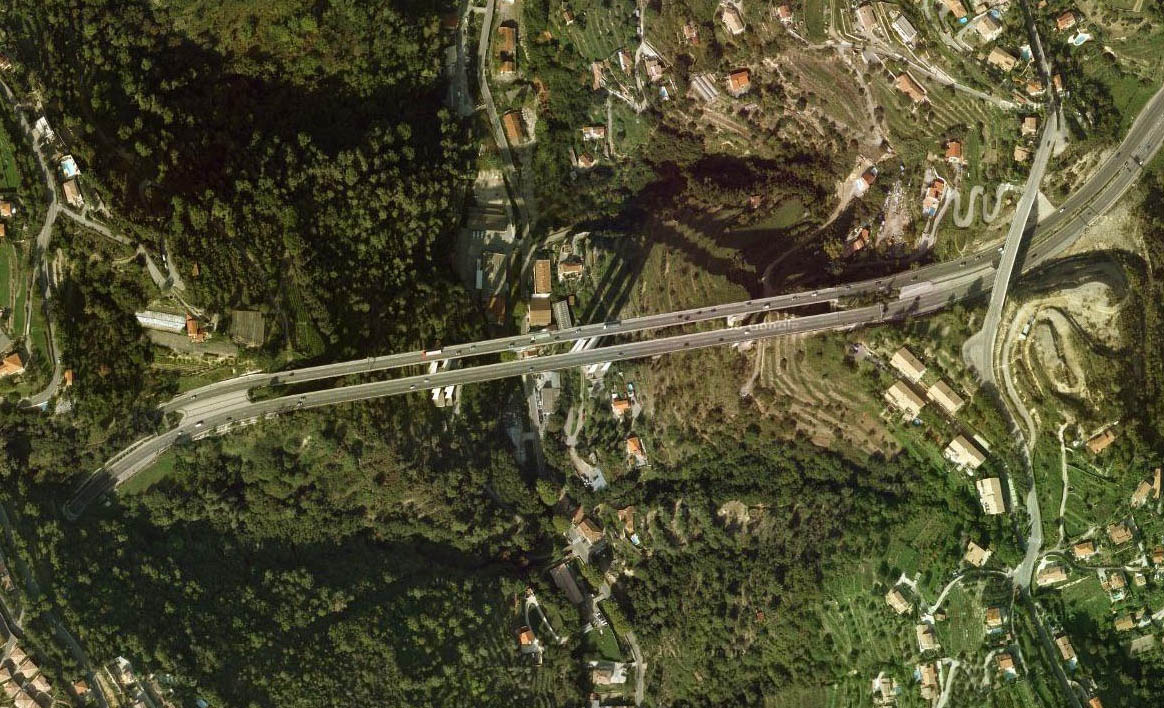