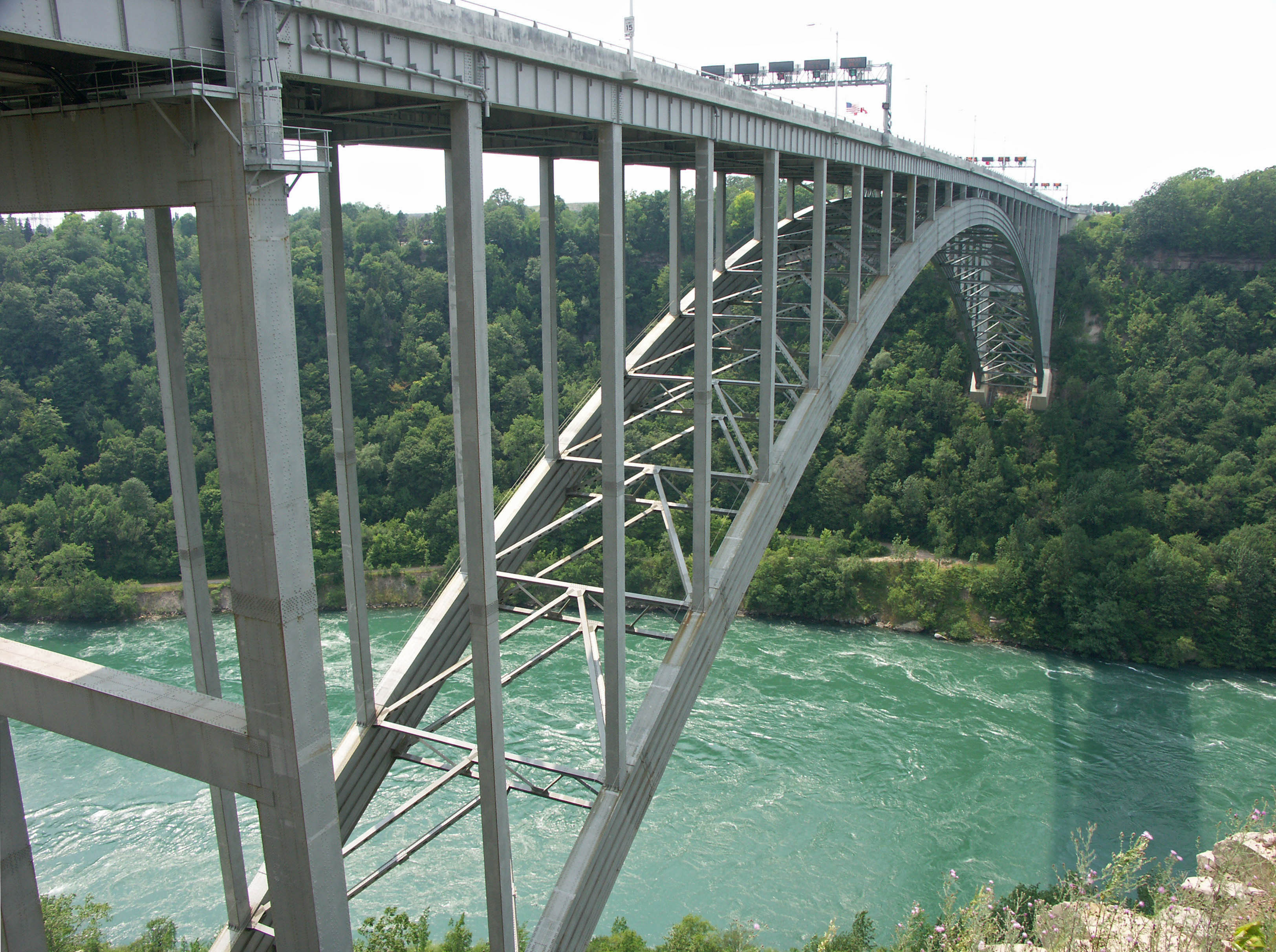 The highest road bridge in Canada, the Lewiston-Queenston bridge is one of North American’s largest arch spans at 1,000 feet (305 mtrs). Half the span is in the United States as it crosses 370 feet (113 mtrs) above the Niagara River. The steel rib arch span was modeled after the popular Rainbow bridge located upstream from the Lewiston arch near Niagara Falls and completed 21 years prior. The Rainbow bridge span is 50 feet (15 mtrs) shorter at 950 feet (290 mtrs) and nearly half the height. The arch rib depth was increased from 12 feet (3.65 mtrs) on the Rainbow bridge to 13 feet 6 inches (4 mtrs) on the Lewiston-Queenston bridge.

In 2005 a major overhaul took place to incorporate a 5th reversible lane in addition to the original four lanes. During this time the structure was also strengthened to seismic codes.

Despite the depth of the gorge, contractor Bethlehem steel decided to use falsework to support the arch ribs until they could be closed at the crown instead of tiebacks as is normally done. Three were used on each side, the tallest reaching more than 300 feet (91 mtrs) in height. The arch bridge replaced the classic Lewiston-Queenston suspension bridge located half a mile downstream. At the time of its opening in 1851, the suspension span was the longest in the world at 1,043 feet (318 mtrs). The bridge had been completely rebuilt in 1899 before it was finally demolished in 1963. 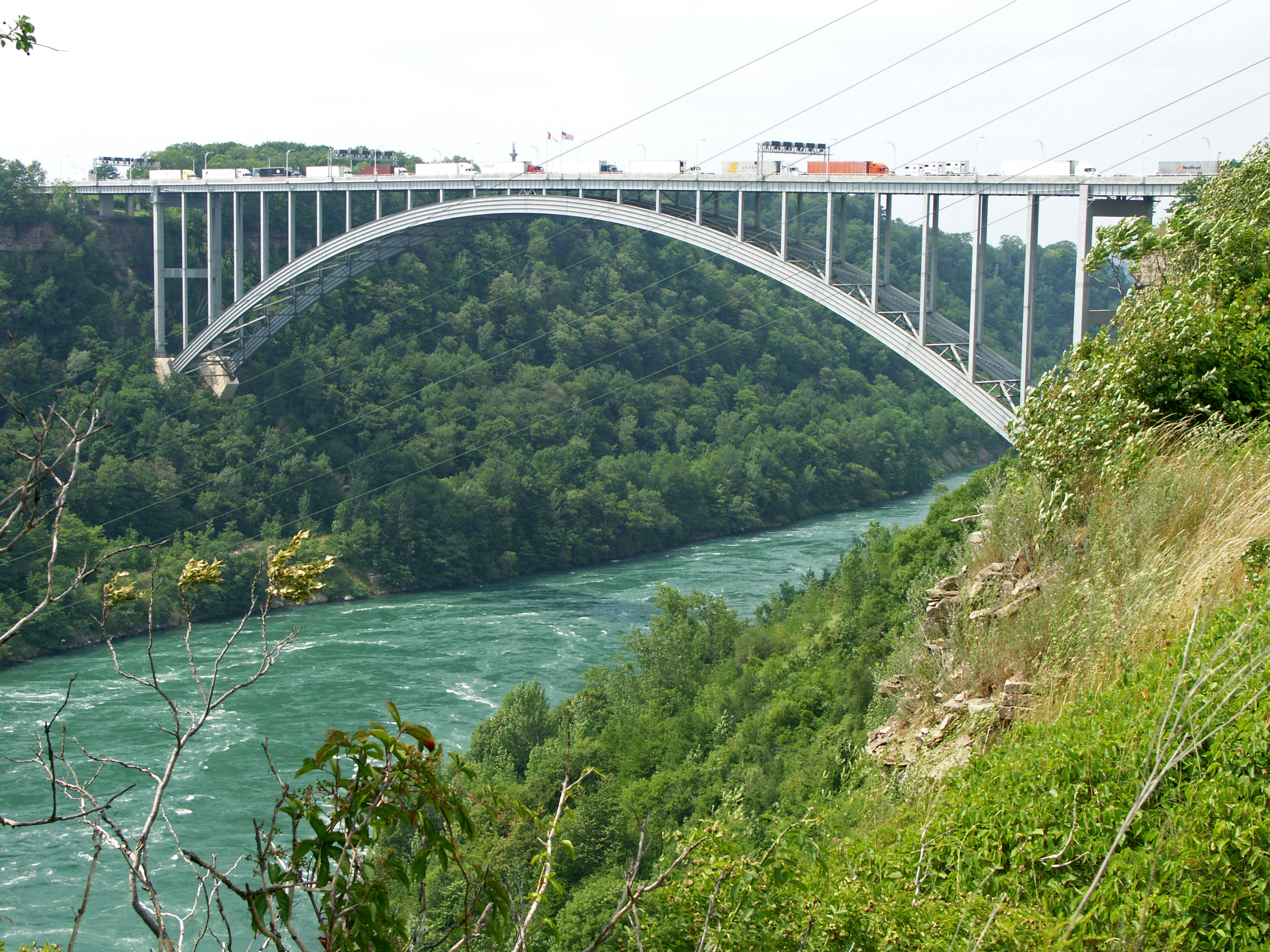 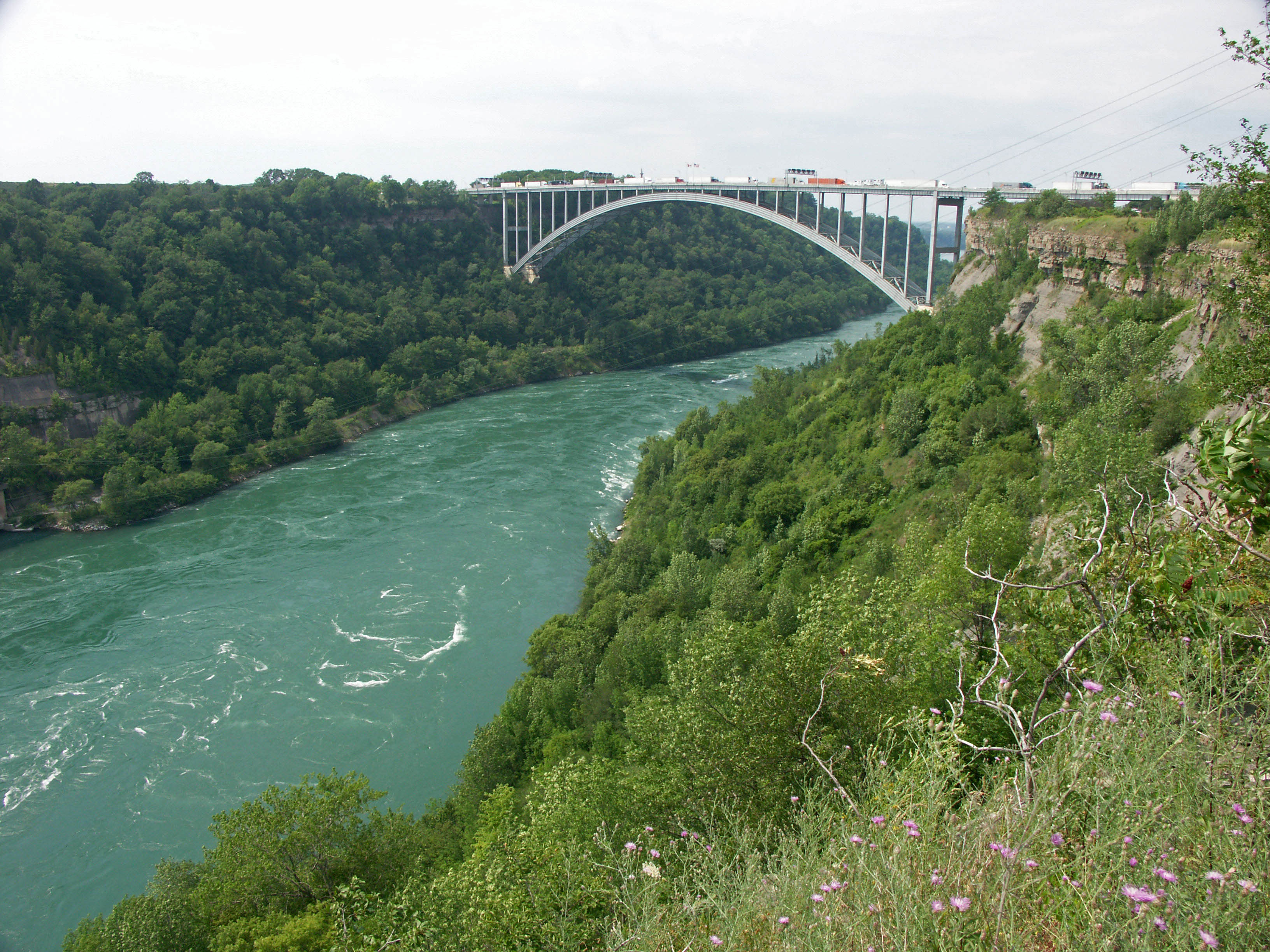 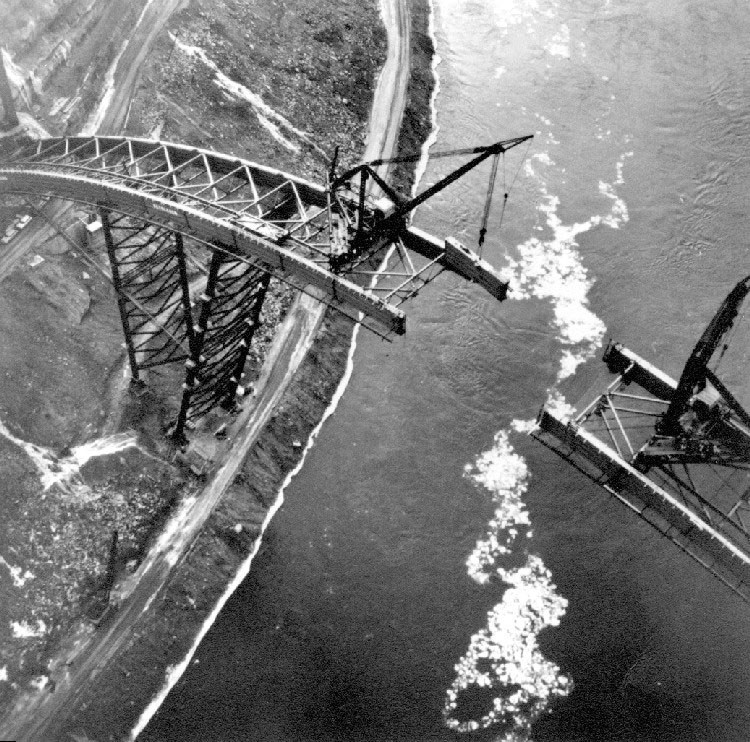 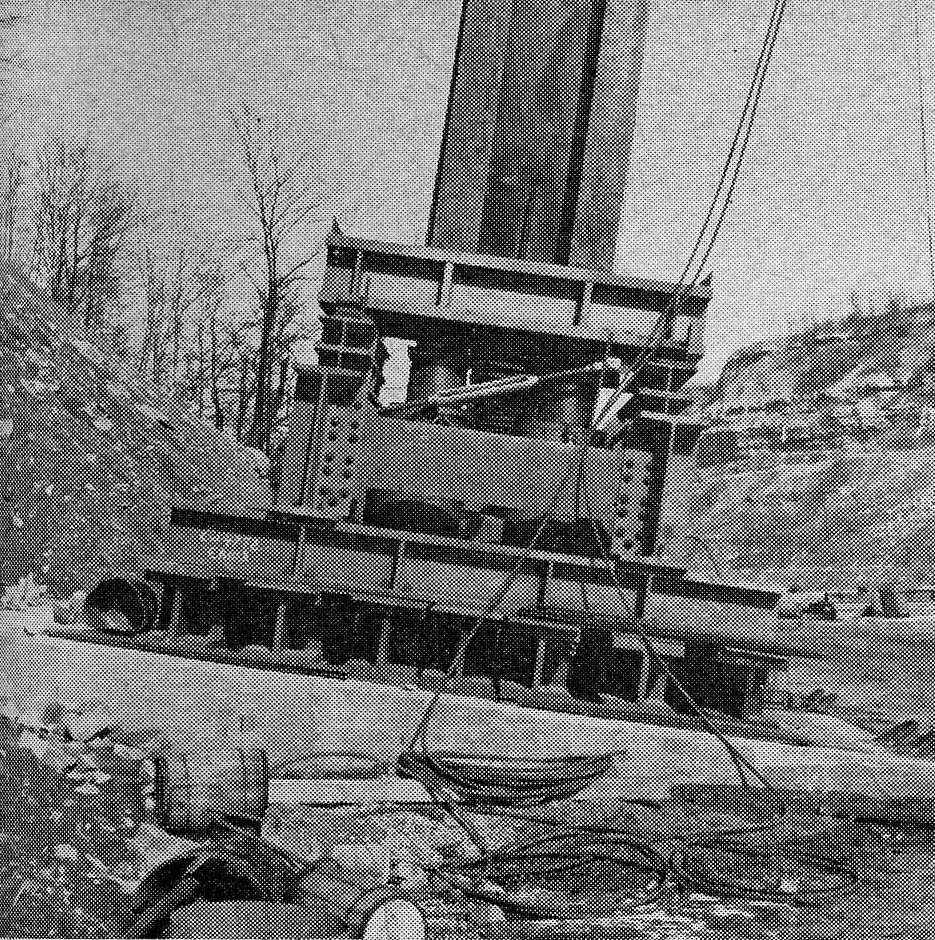 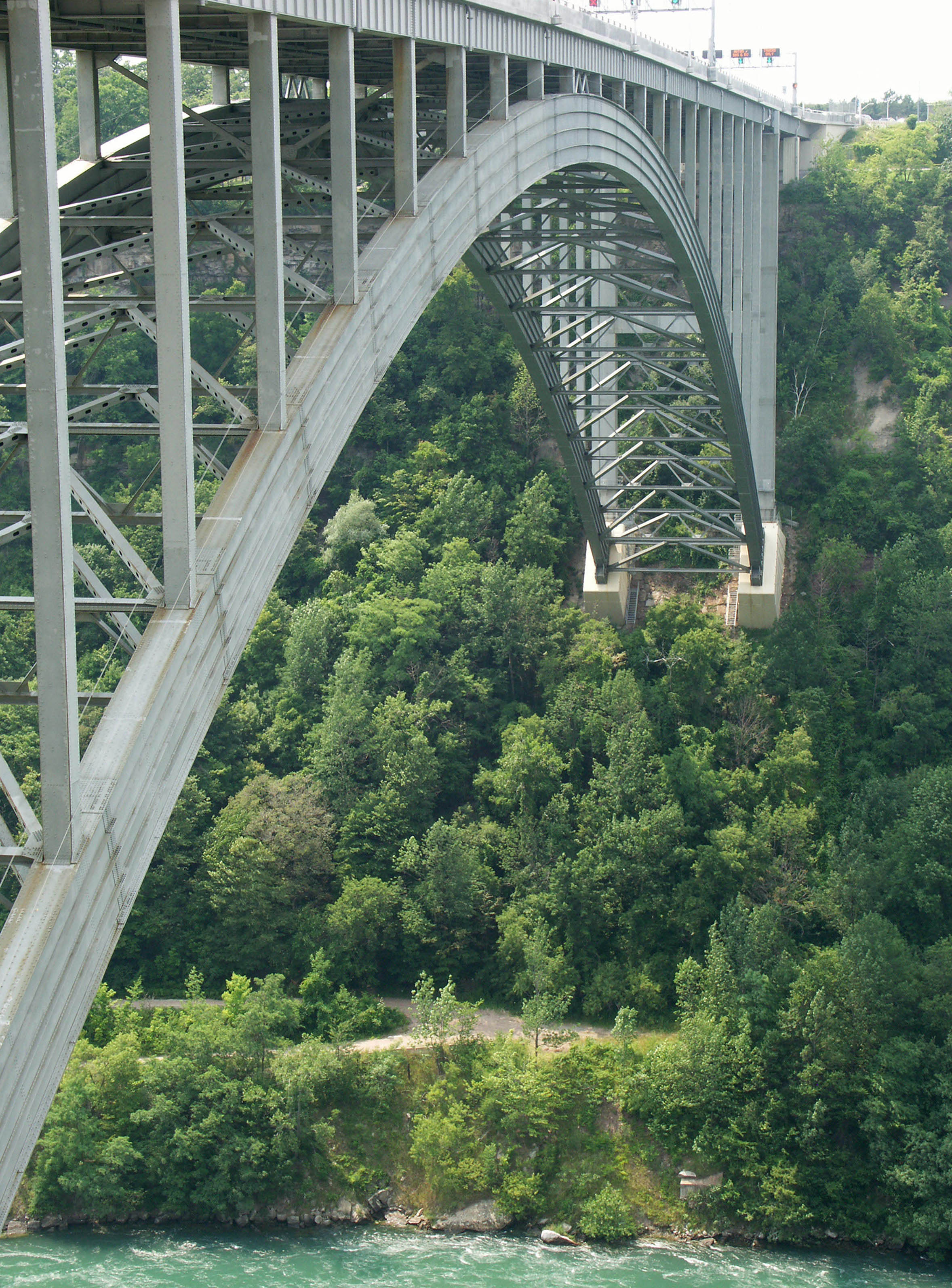 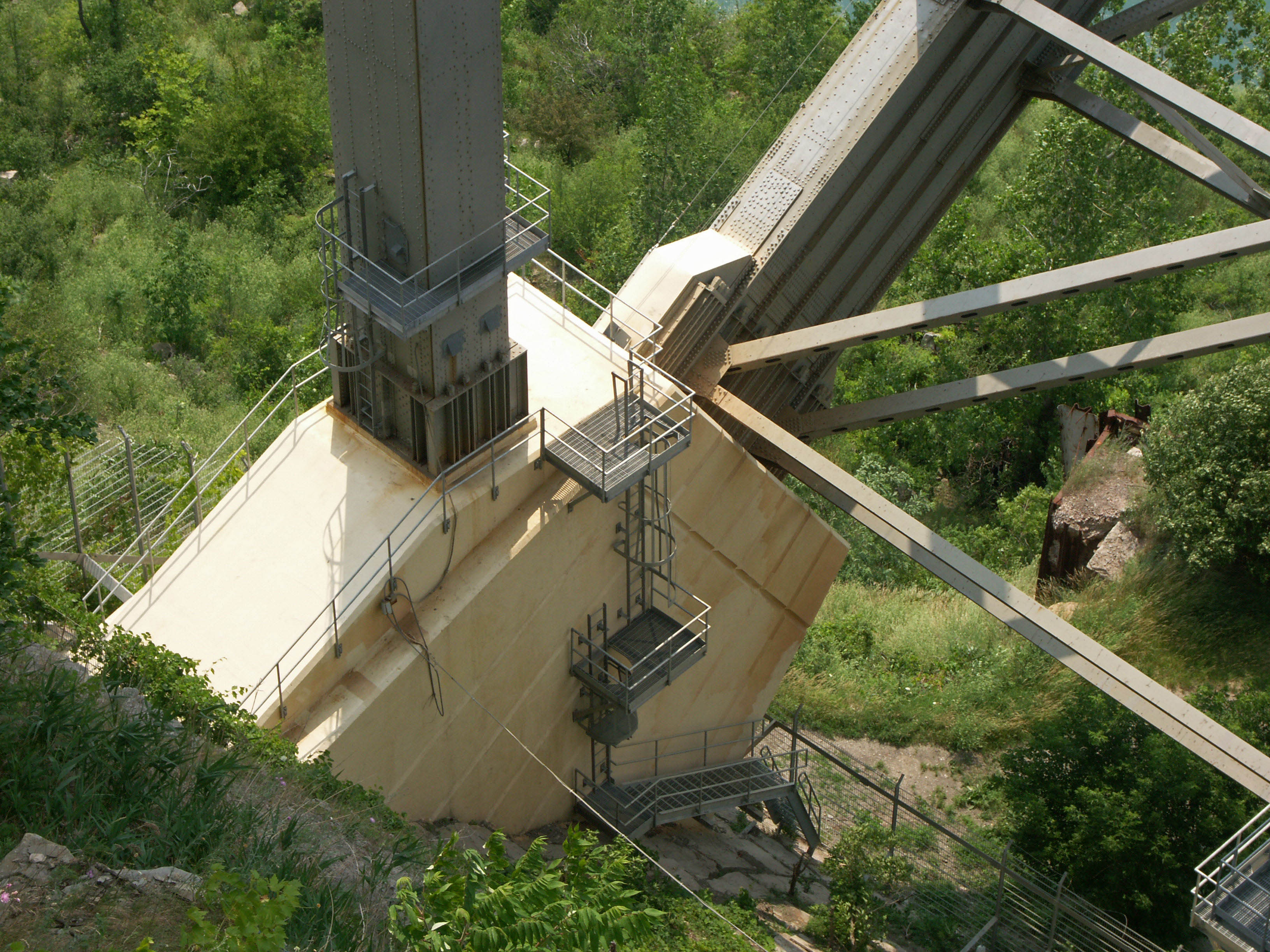 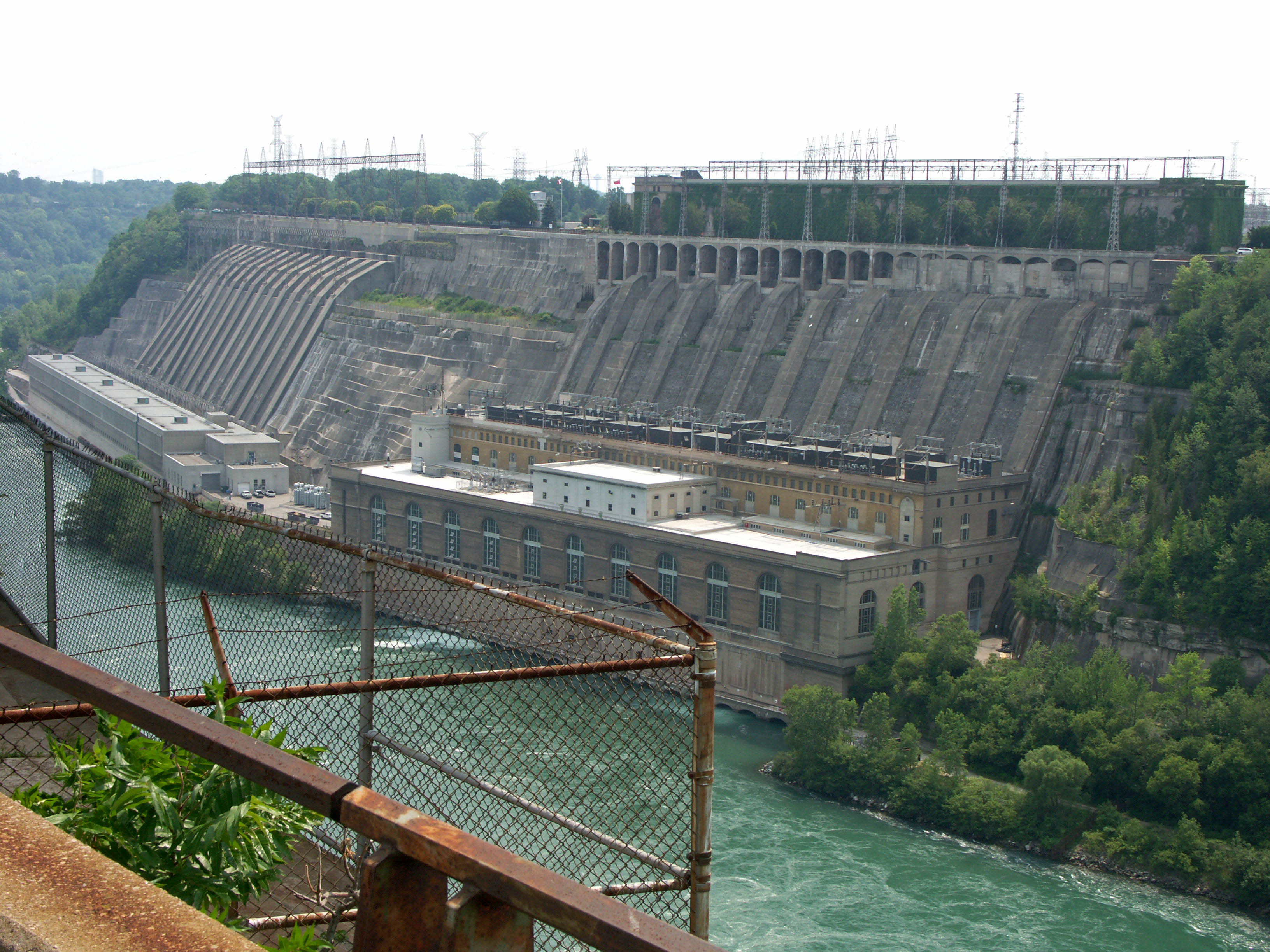 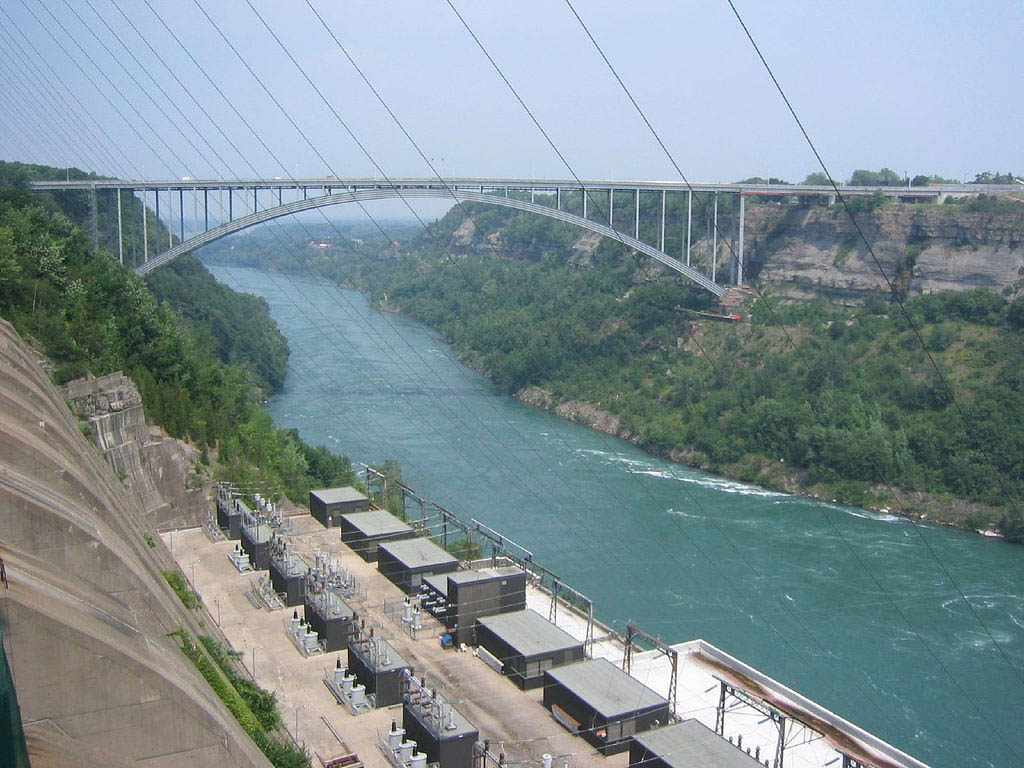 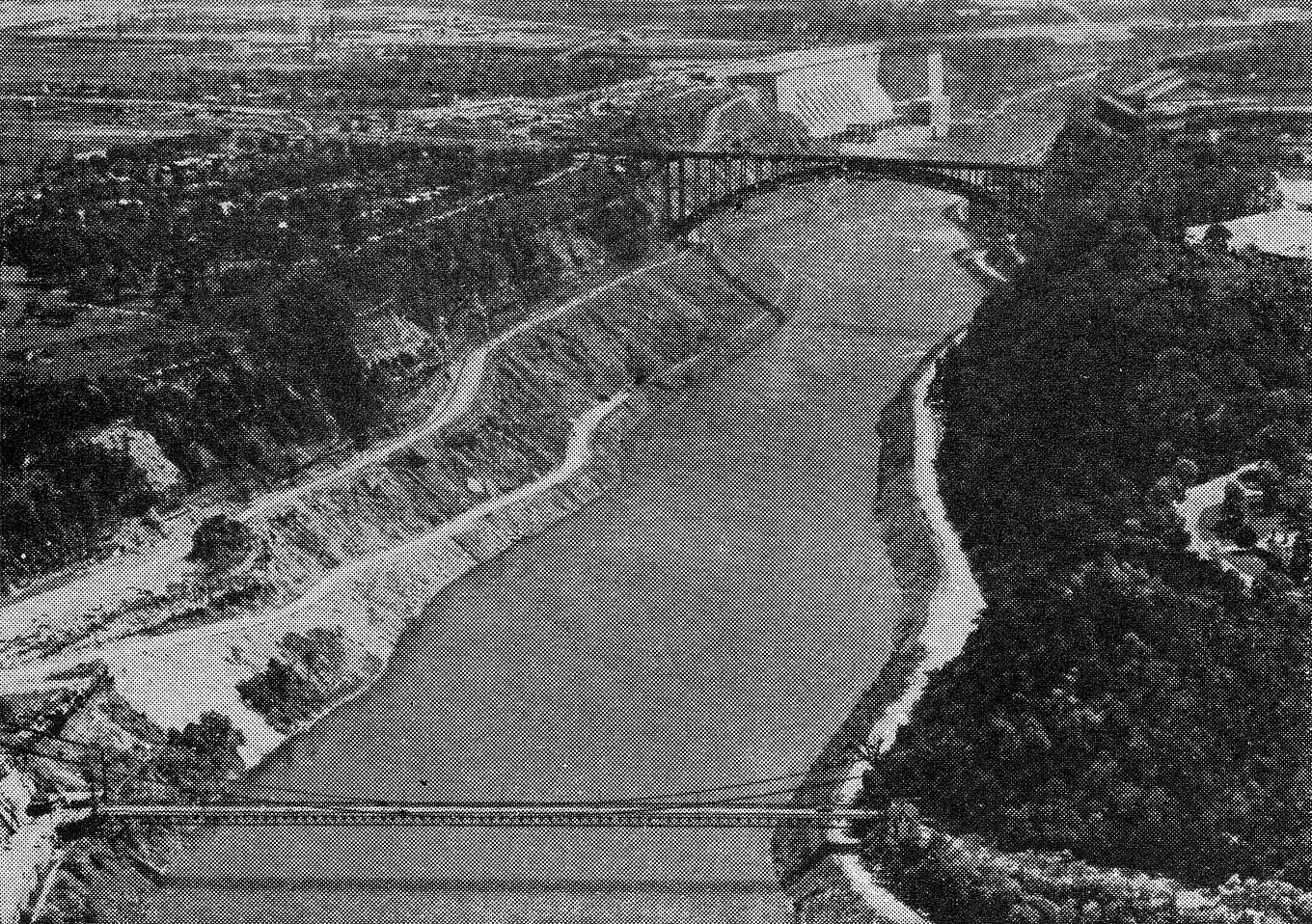 The Lewiston-Queenston suspension bridge just before it was demolished in 1963. Photograph from Civil Engineering magazine. 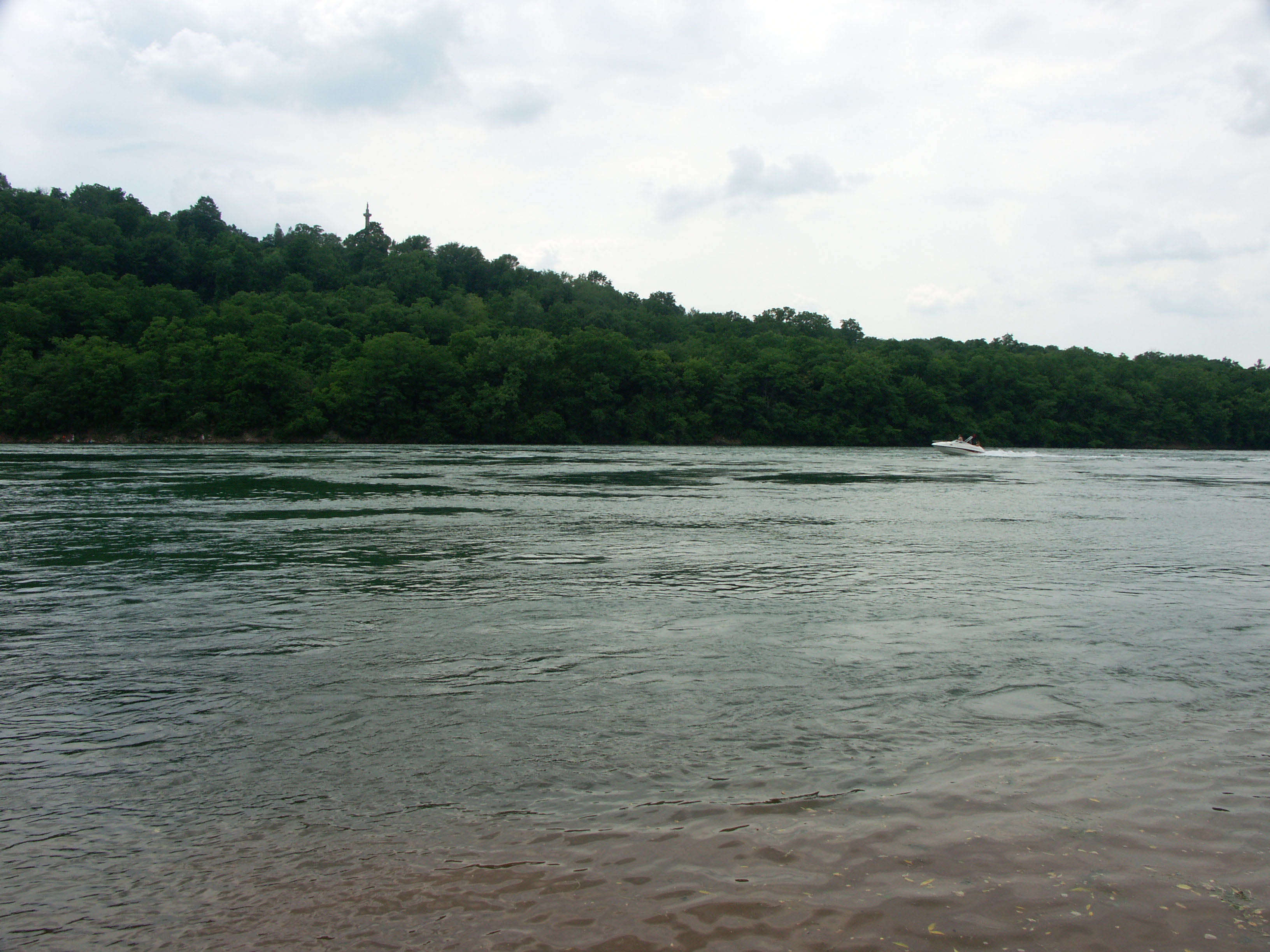 The location of the original Lewiston-Queenston suspension bridge. Image by Eric Sakowski / HighestBridges.com 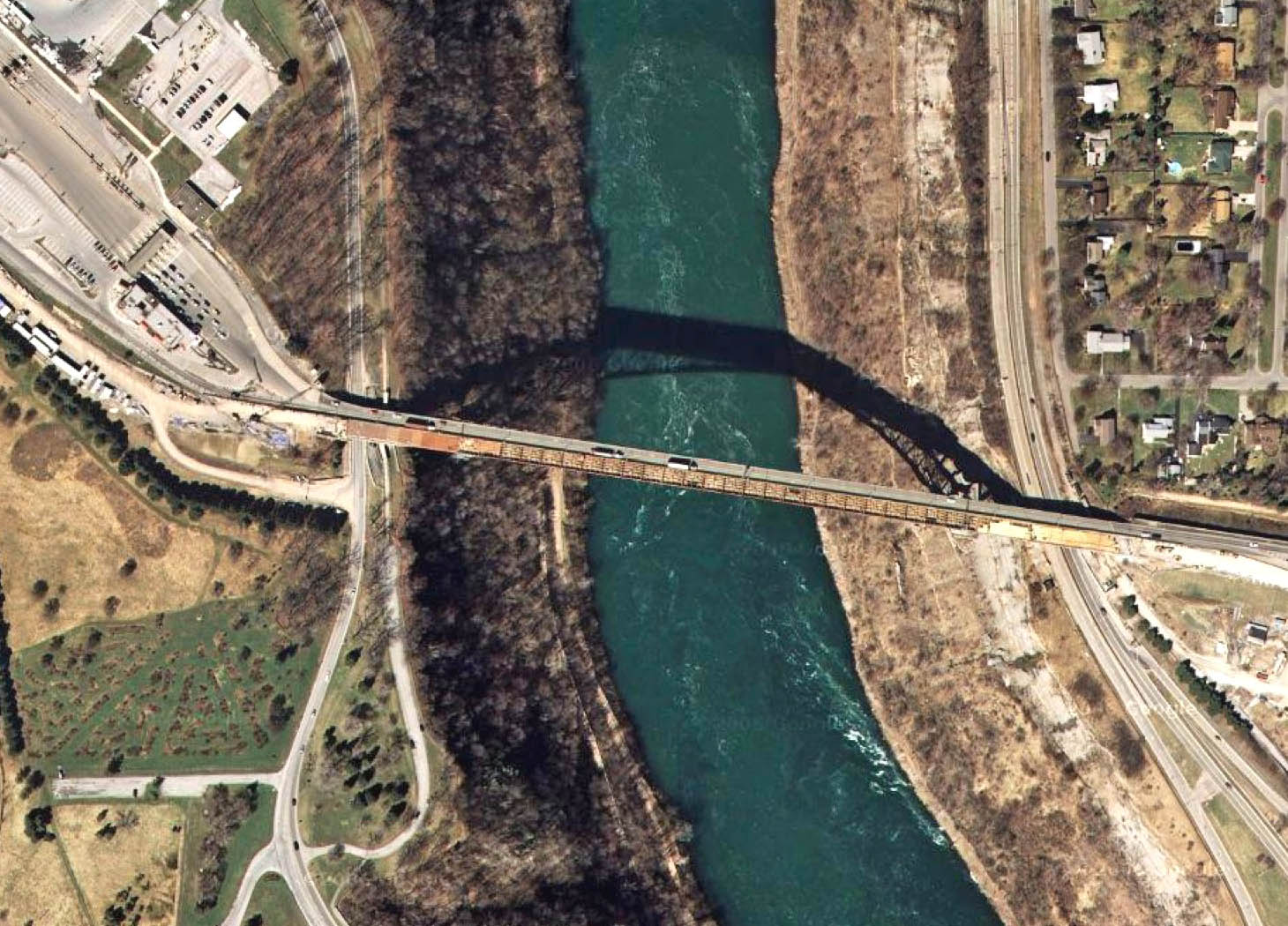