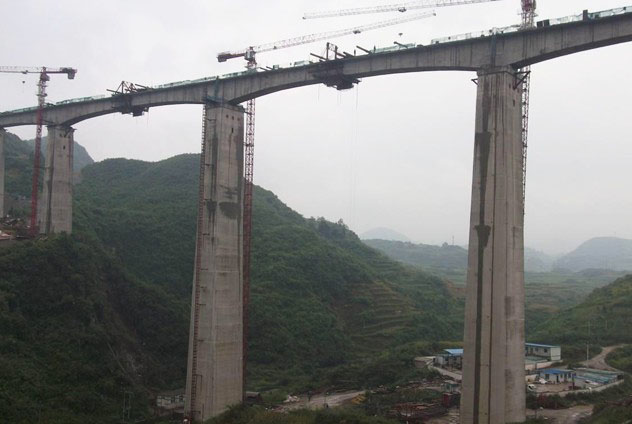 The second highest bridge on the Jiuyong Railway line, the Leidayan Railway Bridge has piers as high as 84 meters supporting a central span configuration of 44+ 2x80 +44 meters. Smaller approach spans bring the total length to 661.7 meters. 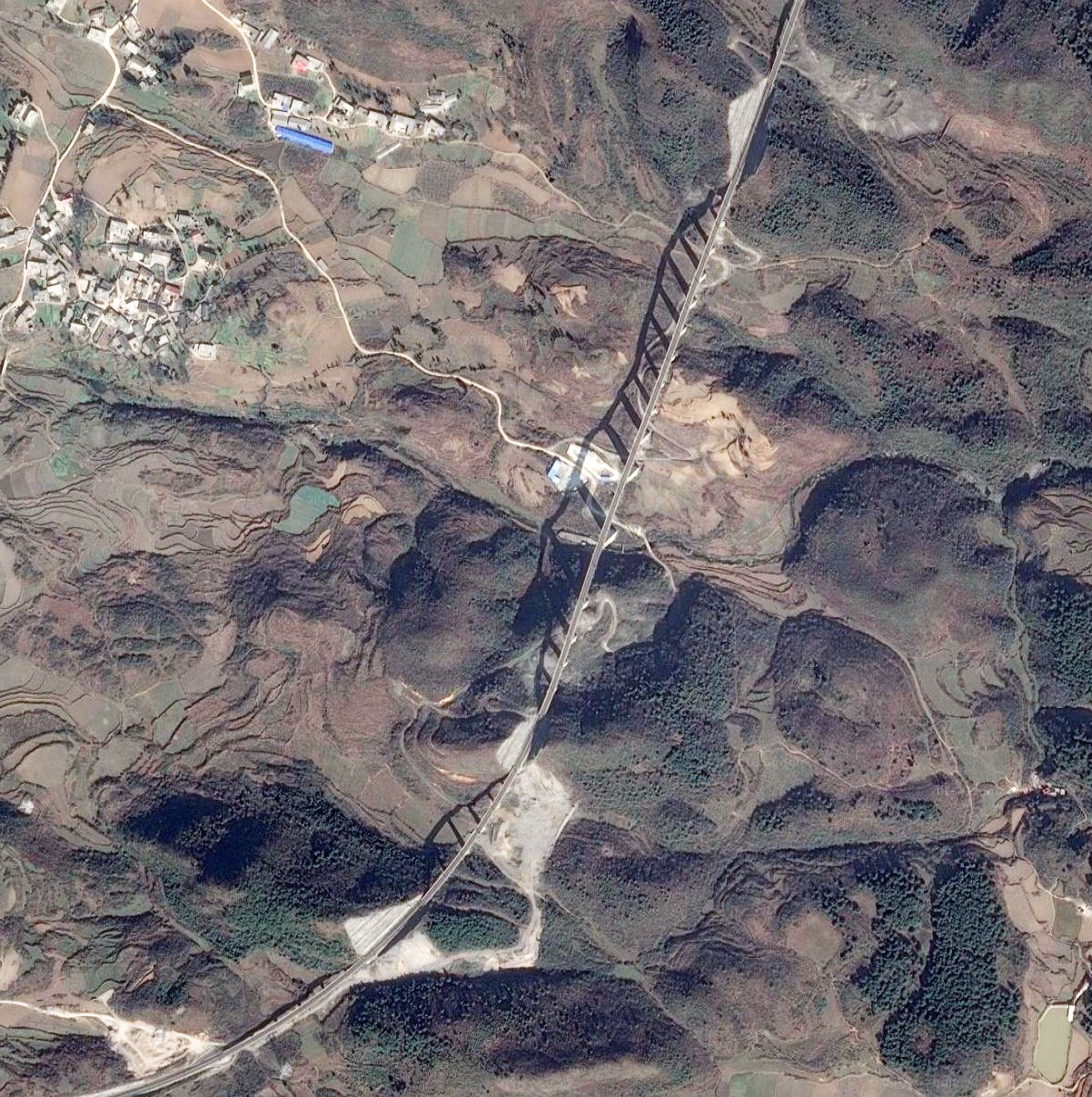 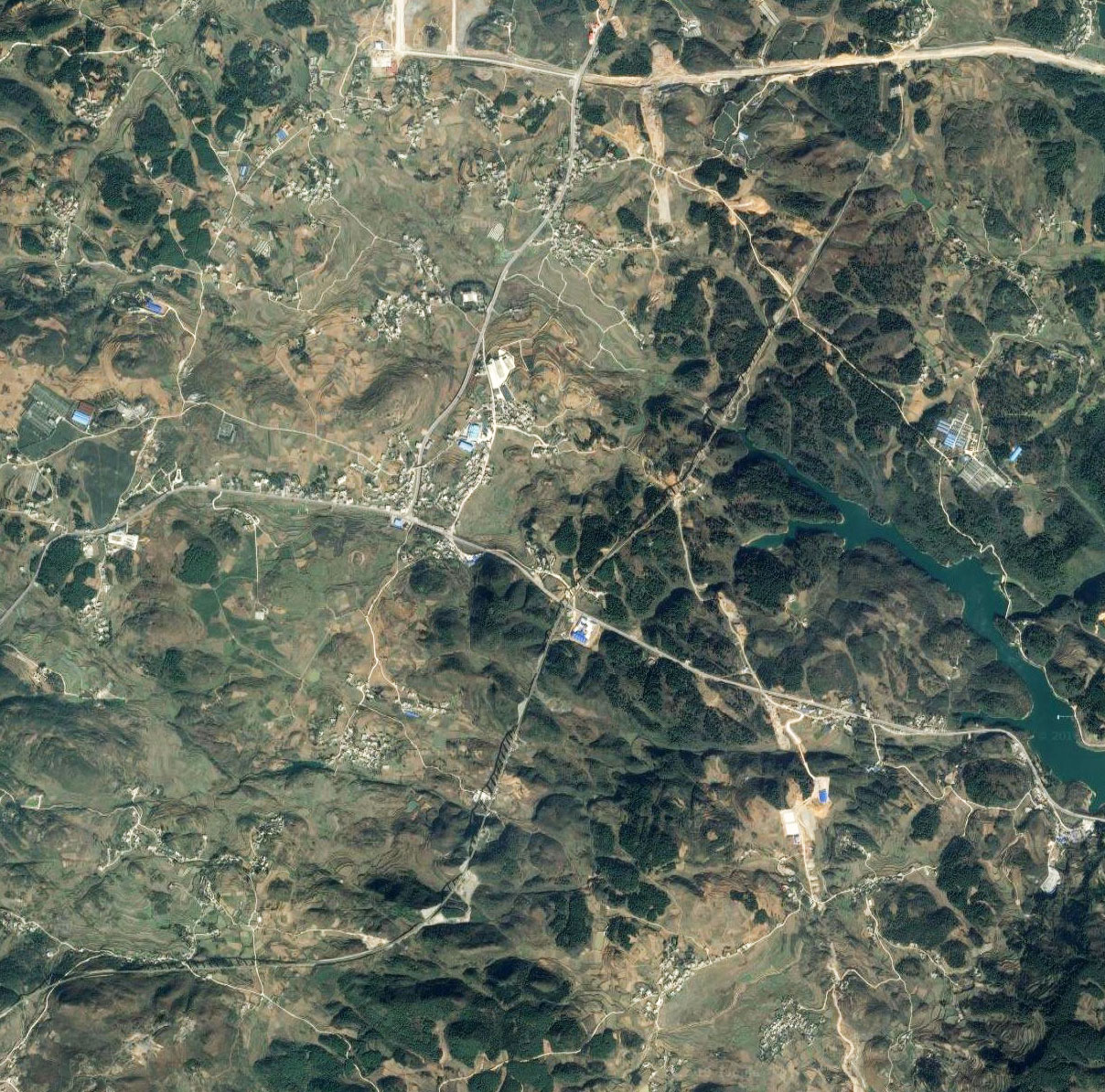 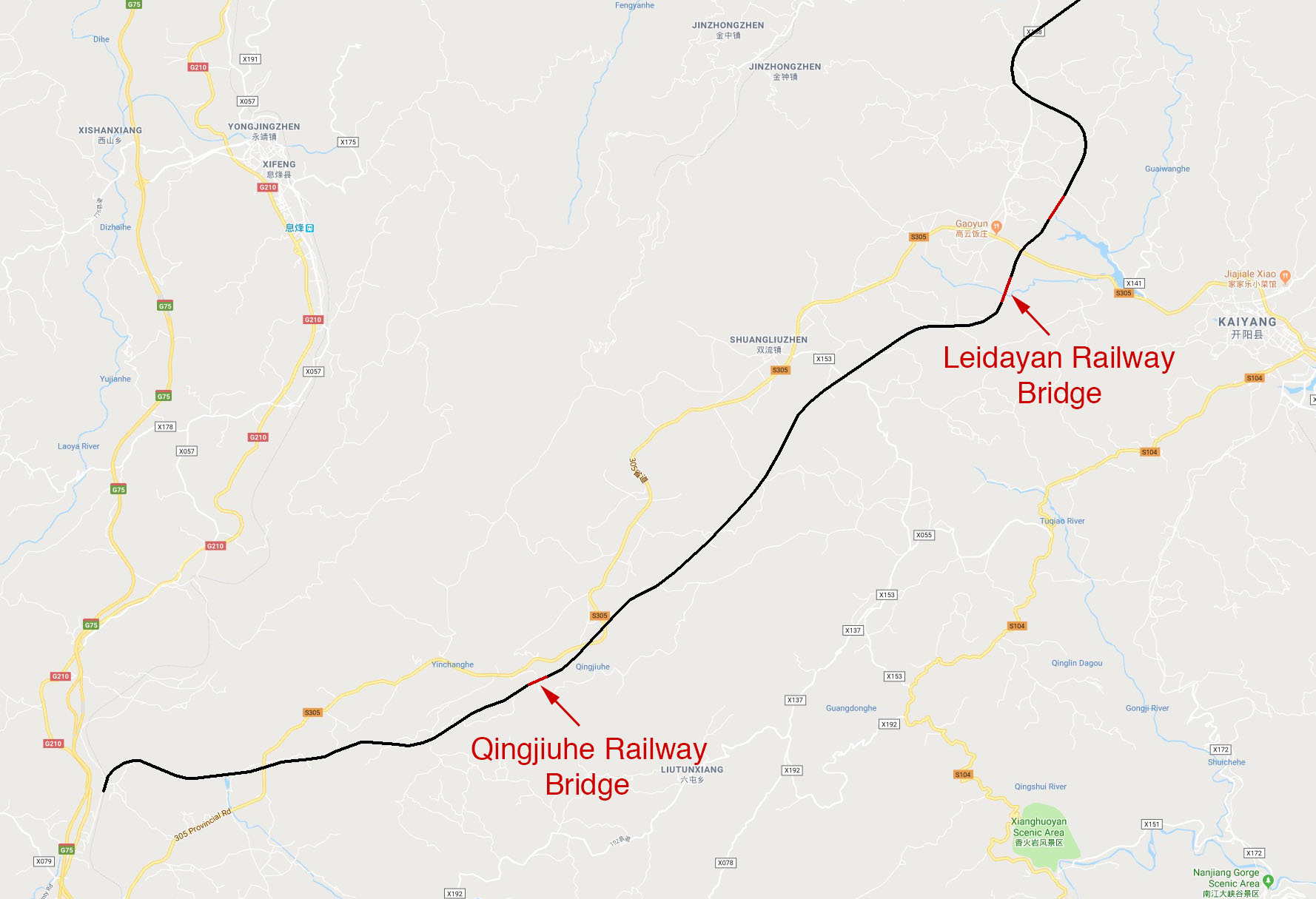 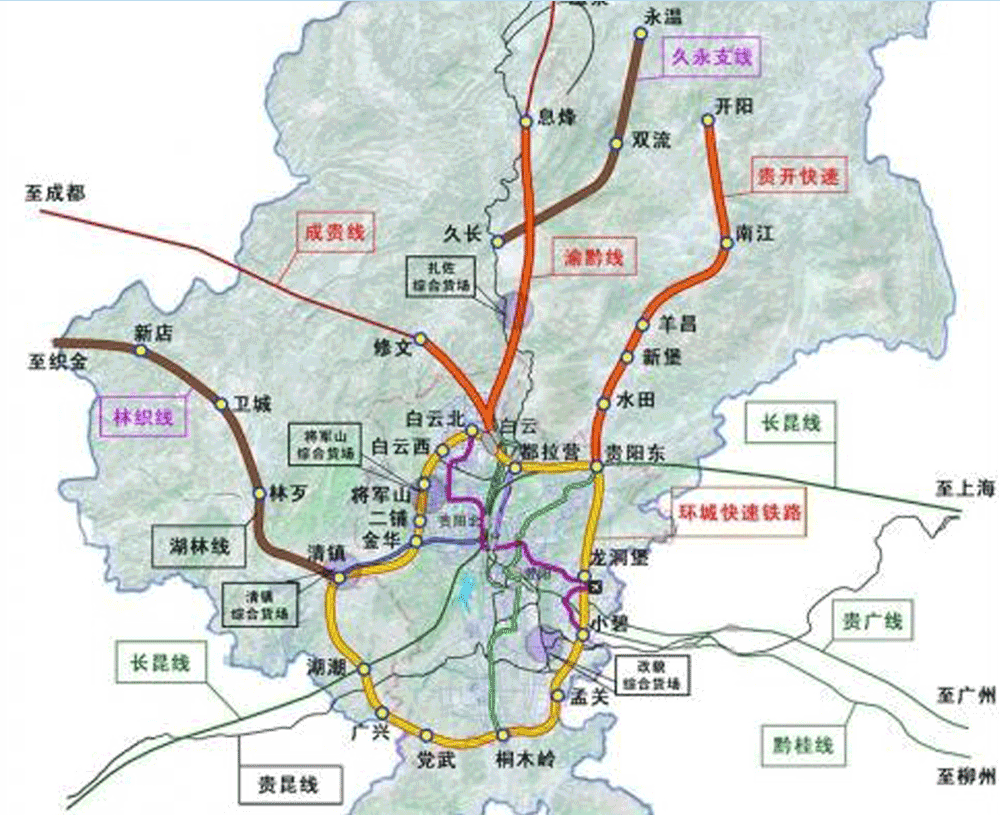 A map of planned railway lines near Guiyang City. The Jiuyong Railway line is in brown at the top of the map.