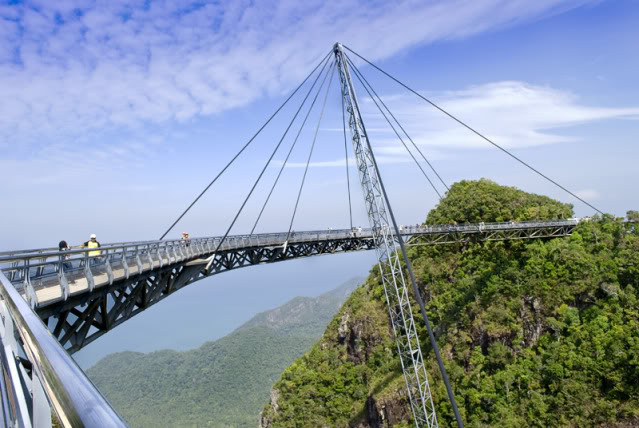 The Langkawi Sky Bridge might not be the longest or highest cable-stayed footbridge ever built but the distinctive inclined tower and mountain top location make this design a one-of-a-kind structure not seen anywhere else in the world.

Located at the top of a gondola ropeway 660 meters above sea level, the bridge consists of a curving deck 125 meters long suspended from a single, spindle-like truss tower that leans back at an 80 degree angle. The pylon has an 81.5 meter elevation difference with the deck approximately 55 meters above the foundation at the bottom of the gorge at elevation 605 meters. The ground slopes down about 15 more meters to a point approximately 70 meters below the center of the curving deck. The deck is supported by a series of triangular trusses.

The entire structure was prefabricated and lifted into place by a Russian Kamov helicopter. The 1.2 million dollar structure took 12 months to build and opened in February of 2005. In July of 2012 the bridge was closed for 2 years to undergo a major upgrade and strengthening including more stainless steel and a glass bottom panel. Also in 2015 a mountain incline called the Sky Glide opened to allow guests easier access from the top station down to the bridge.

The Langkawi Sky Bridge was designed by Peter Wyss with engineering design by CEPAS Plan and Angkasa Jurutera Perunding. 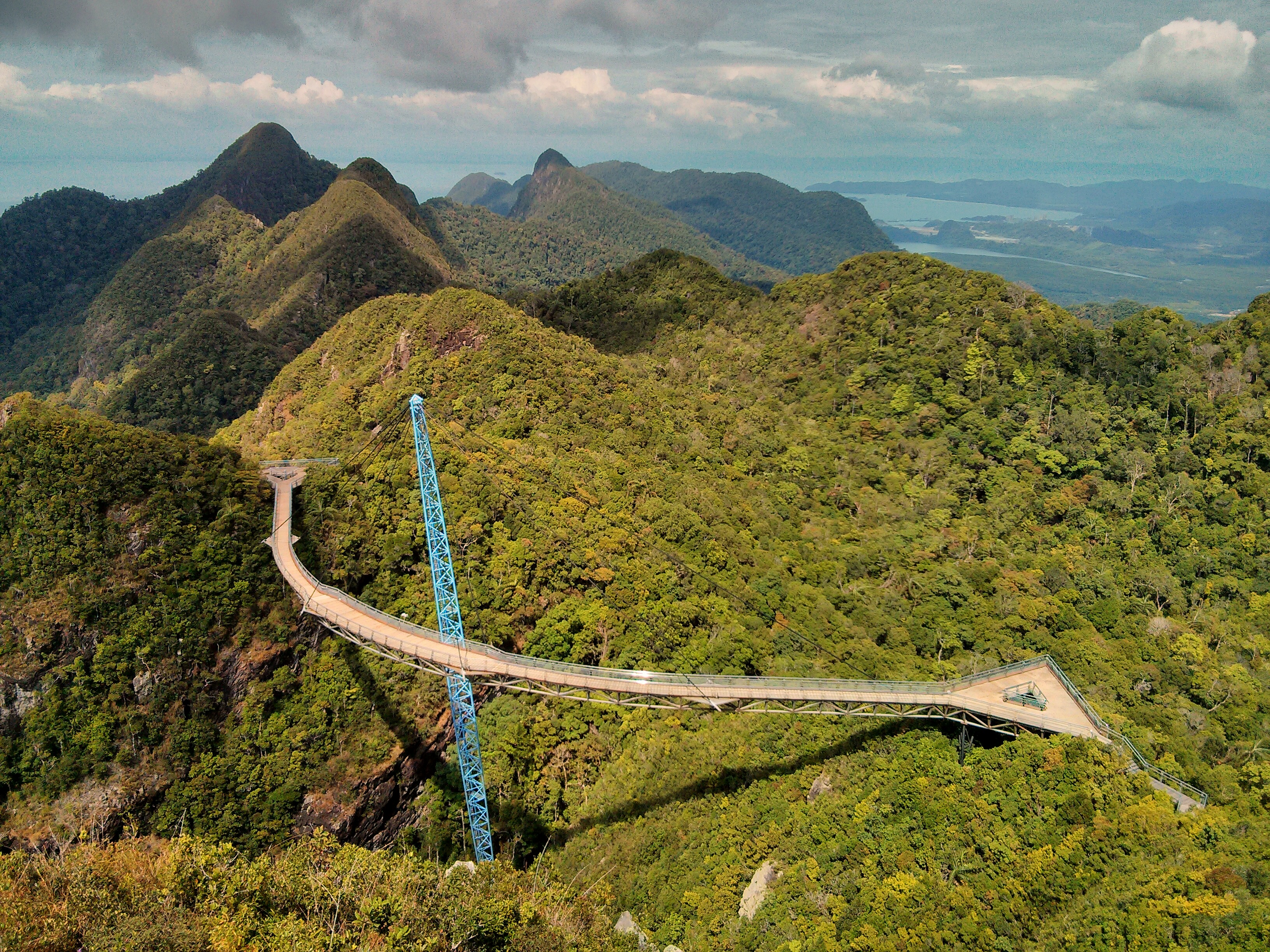 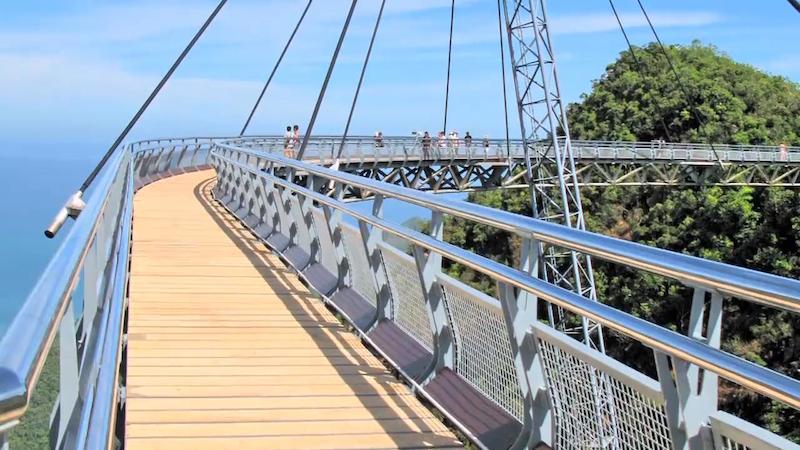 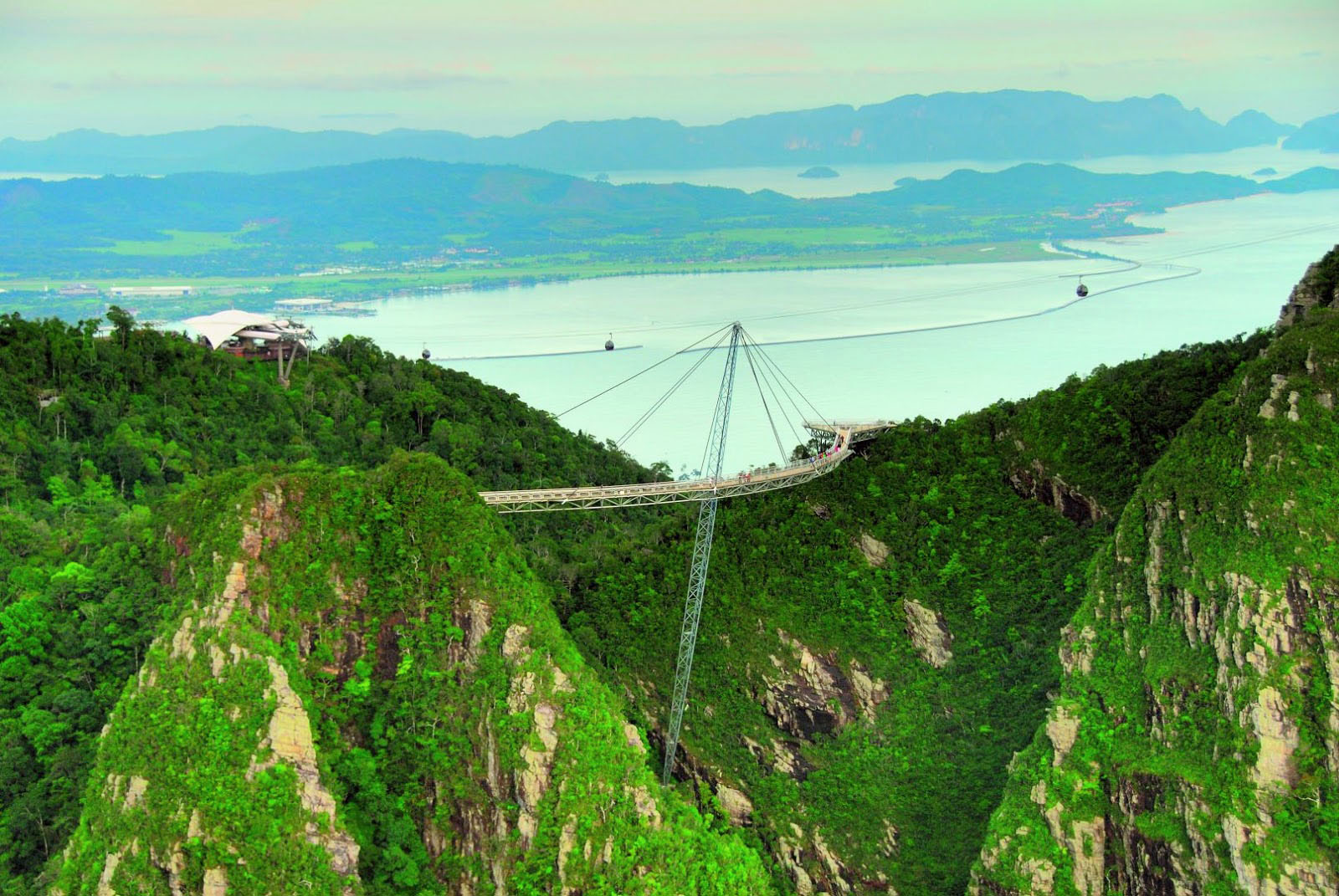 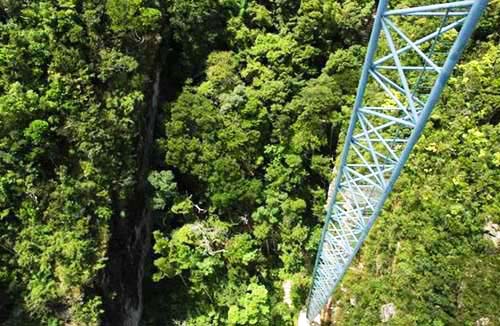 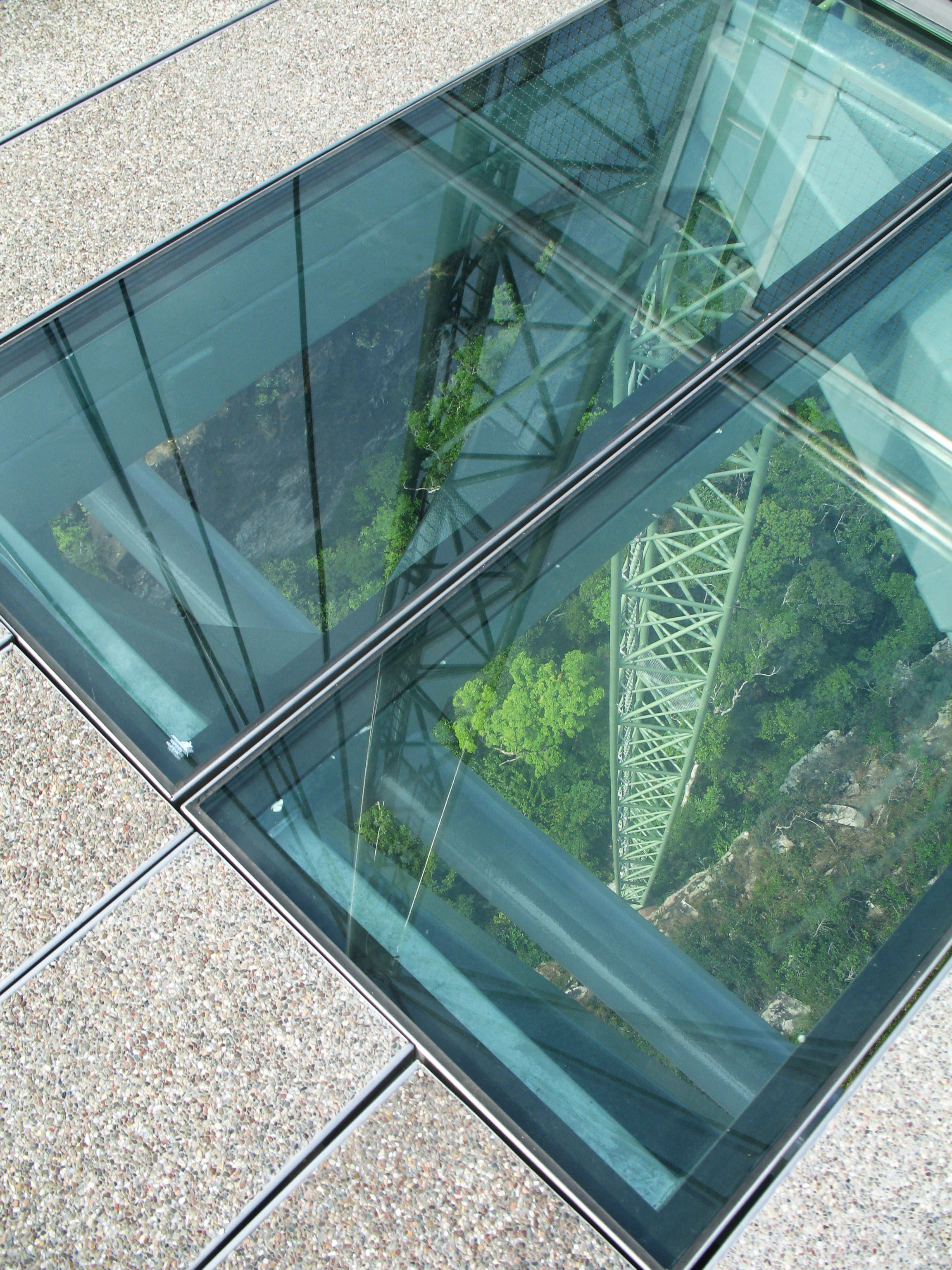 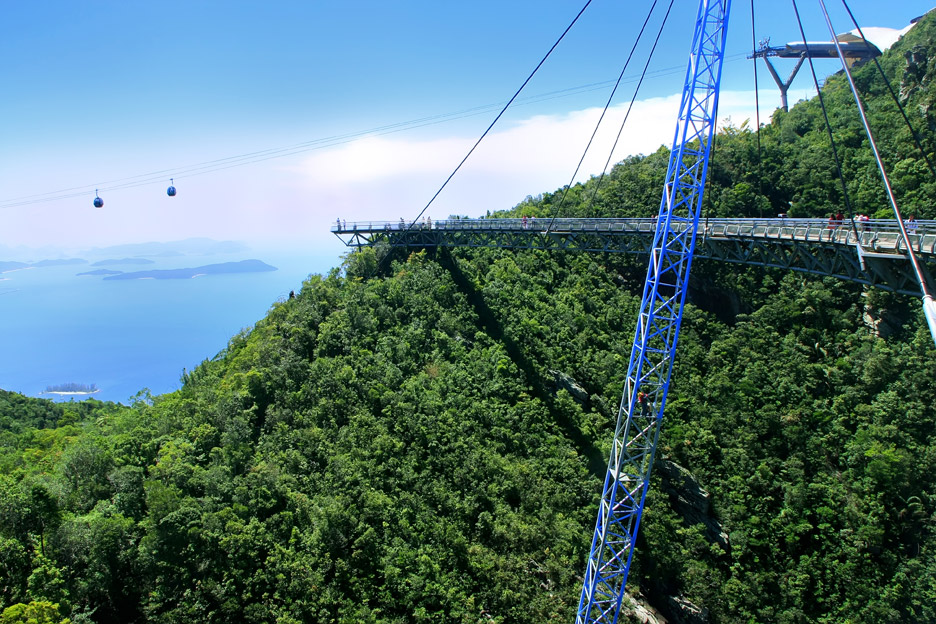 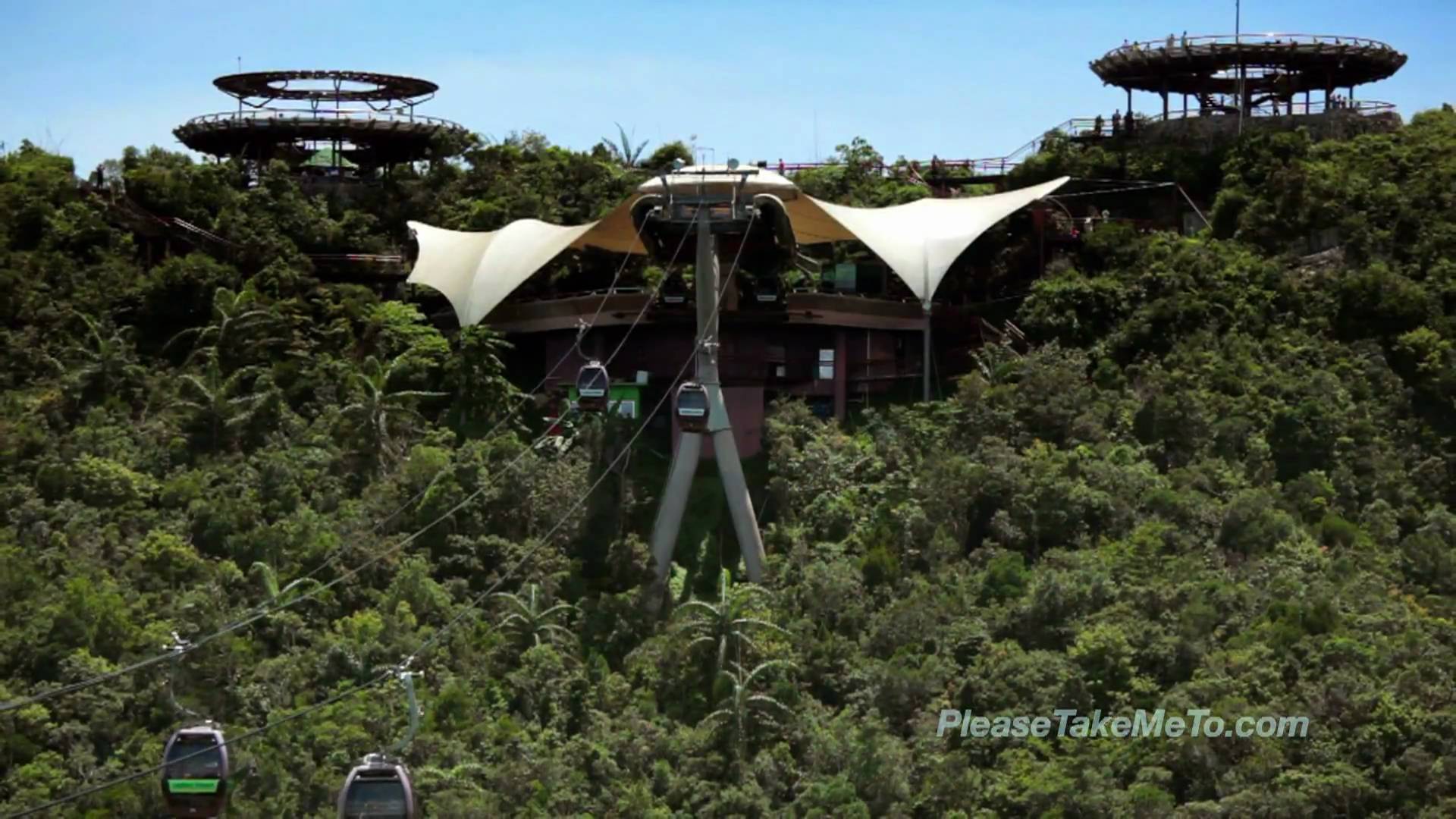 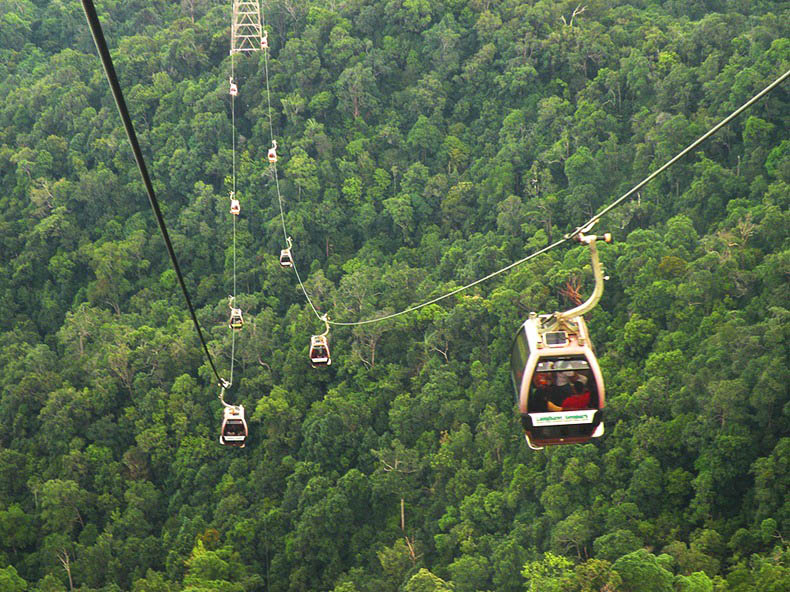 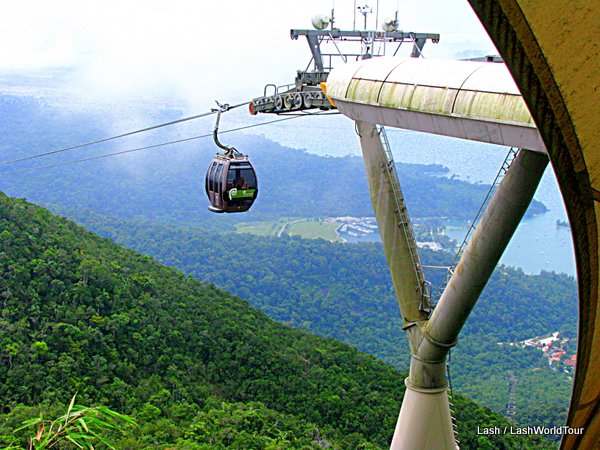 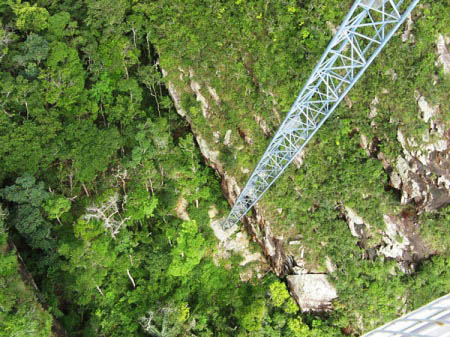 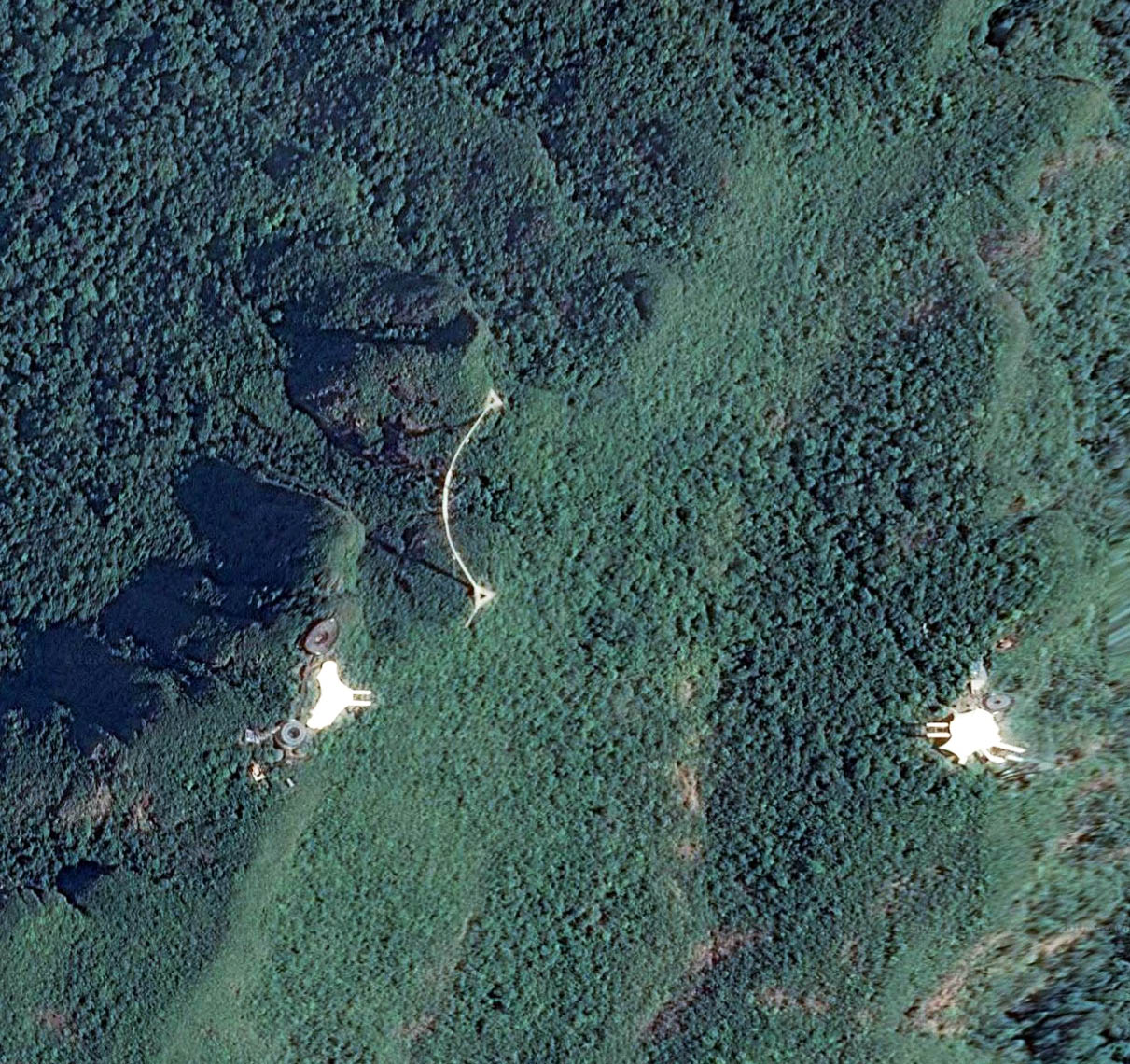 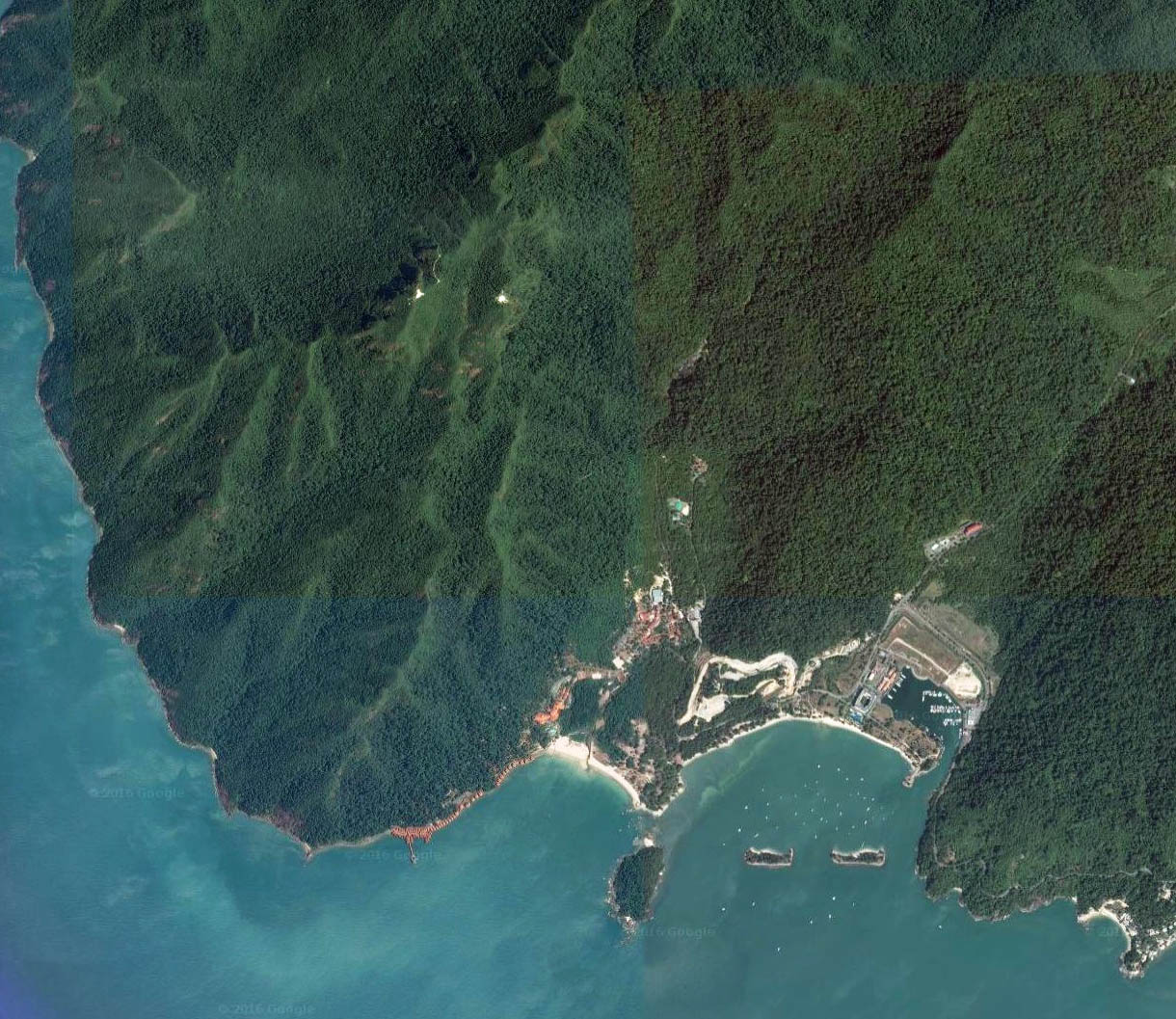 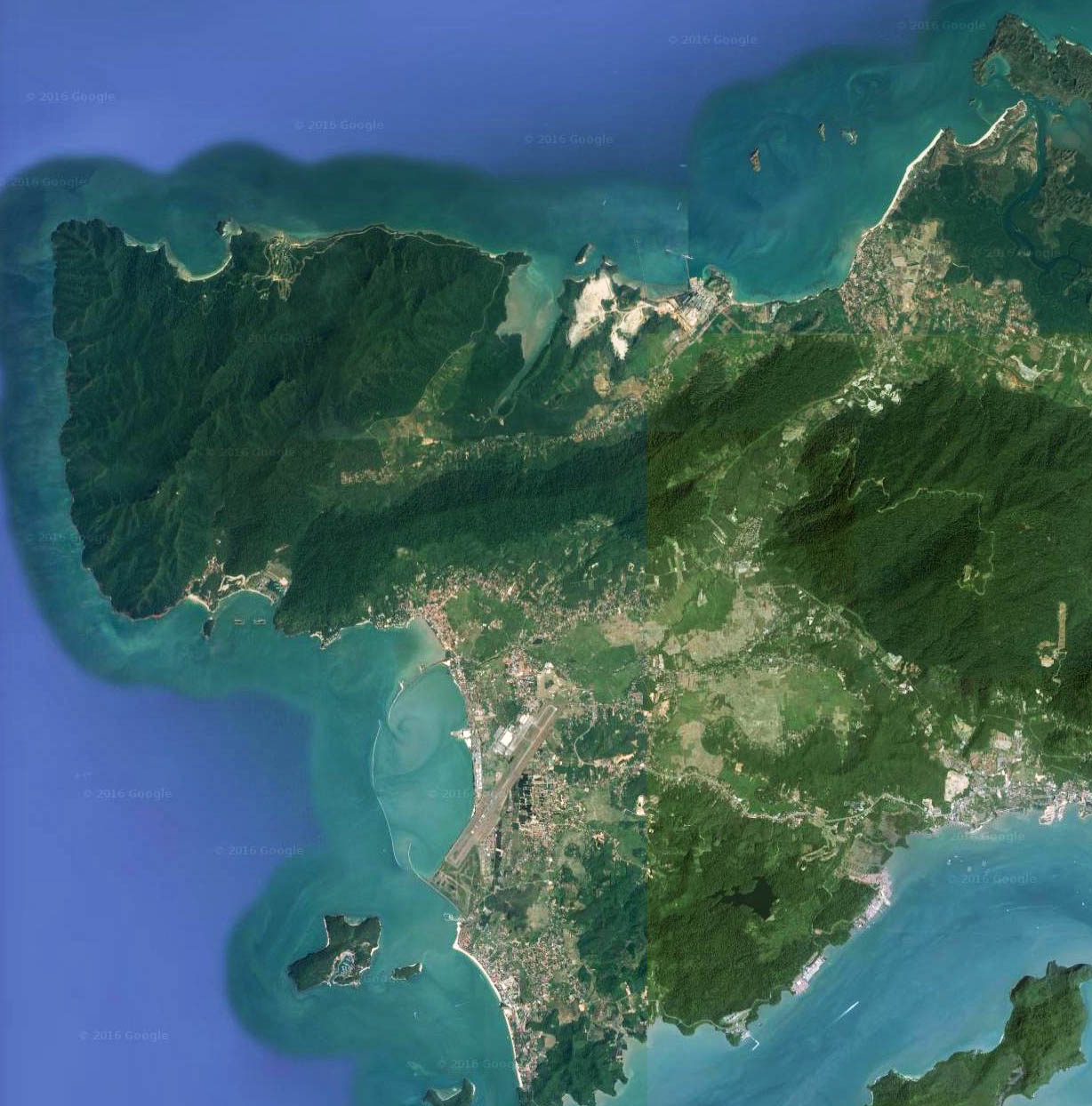 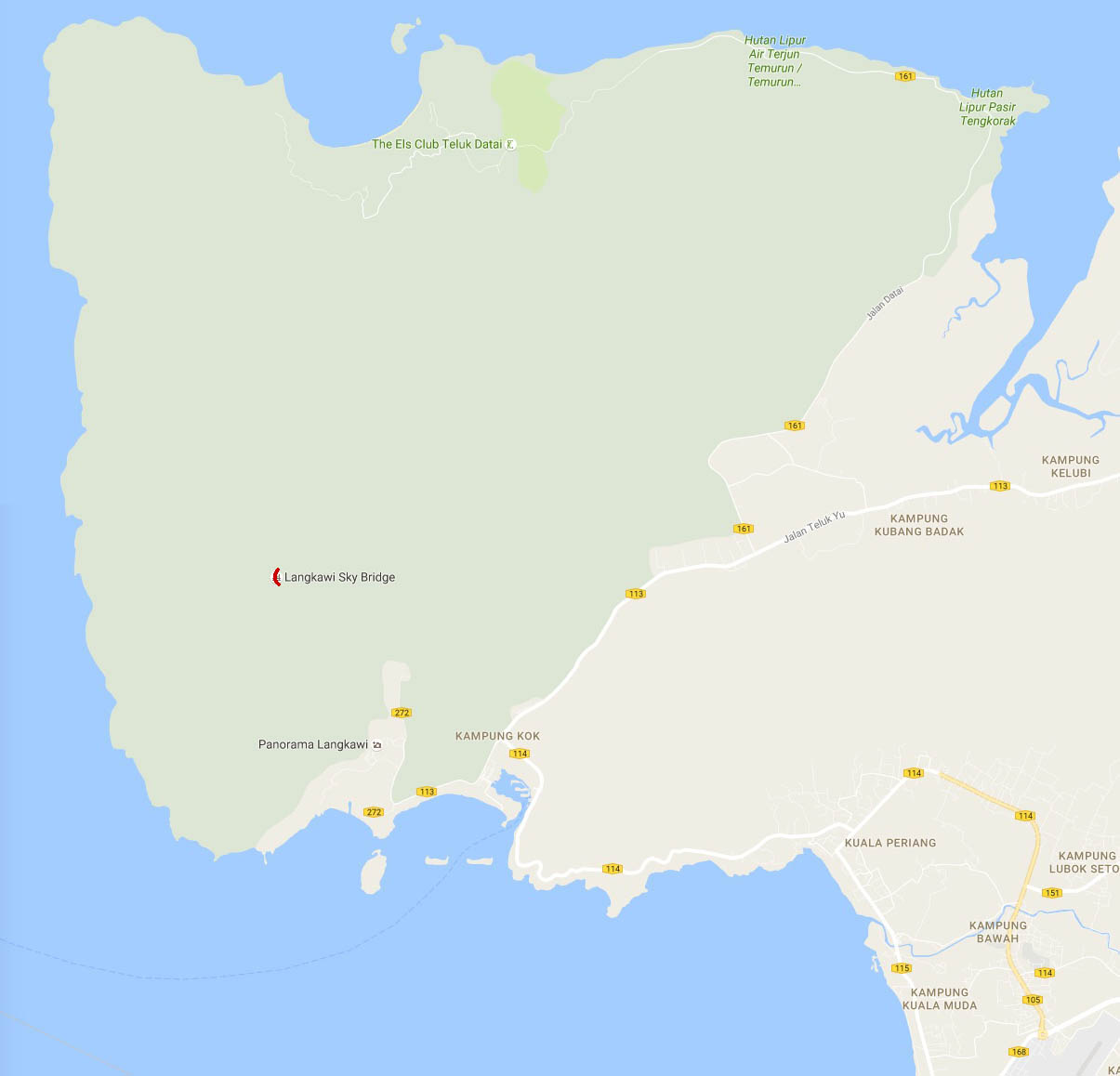 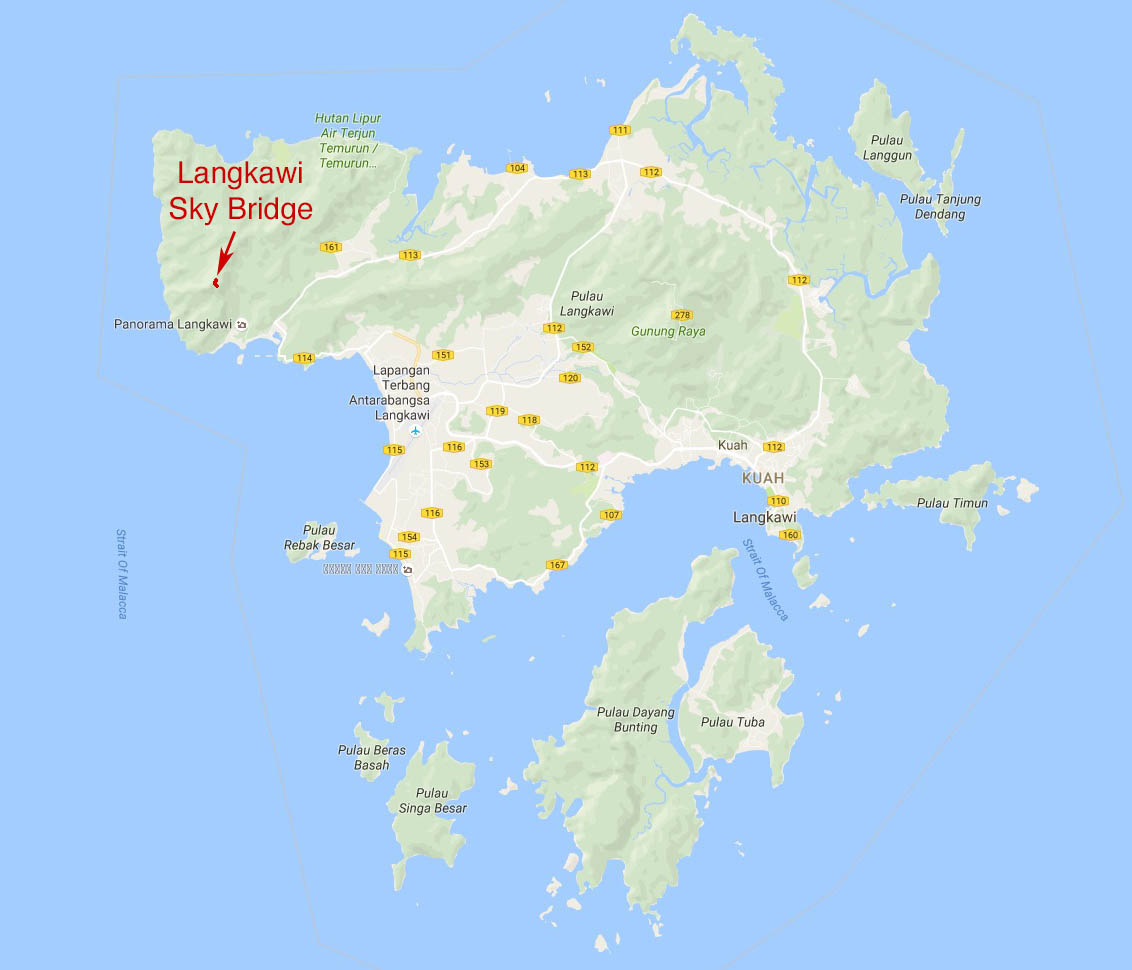