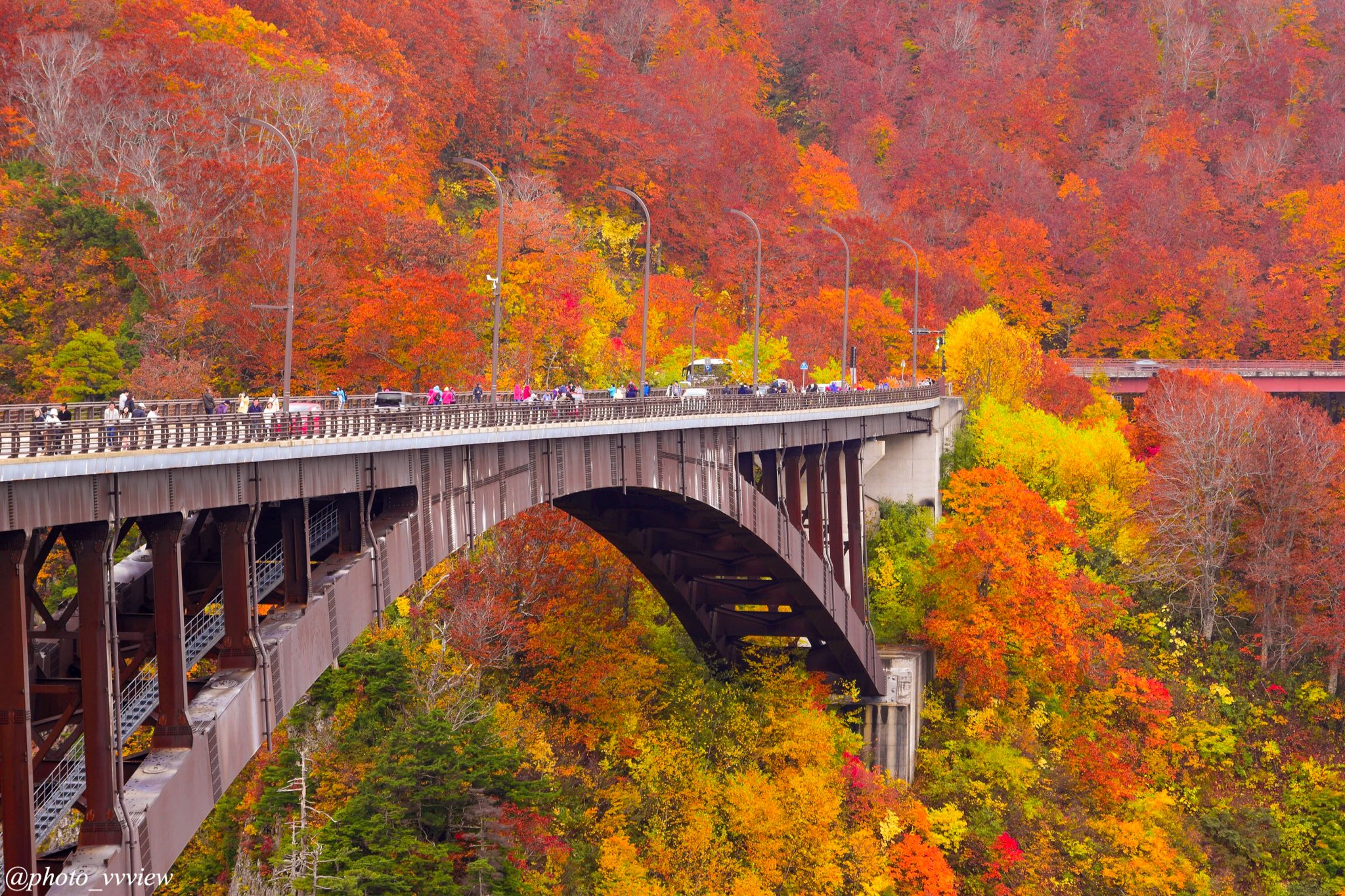 No other country on earth has as many steel box beam arch bridges as Japan. The spectacular Jogakura arch bridge is one of Japan’s largest and highest with a main span of 837 feet (255 mtrs). Located in a region popular with mountain spa retreats, the famous bridge has a reputation for attracting an occasional suicide jumper.

Jogakura was the first large arch bridge in Japan to be built with an arch span to height ratio of 10.8. This gives the profile of the arch a very shallow and flat look that many find more appealing. Some also feel the higher elevation level of the foundations are more environmentally friendly to the river gorge.

This extremely high span to height ratio was surpassed in 2019 when the Tenryukyo arch bridge opened near lida with a ratio of 11.1. In Portugal the Infante Dom Henrique Bridge opened in 2003 with a 280 meter main span with a shallow arch rise ratio of just 11.66. 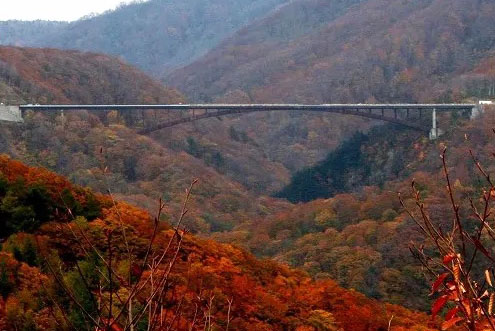 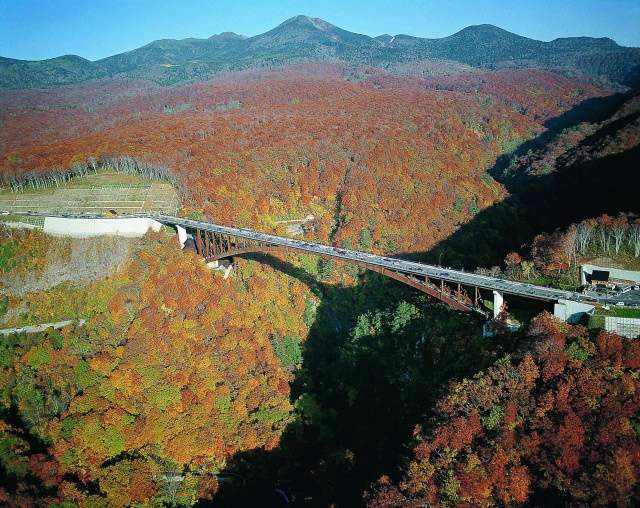 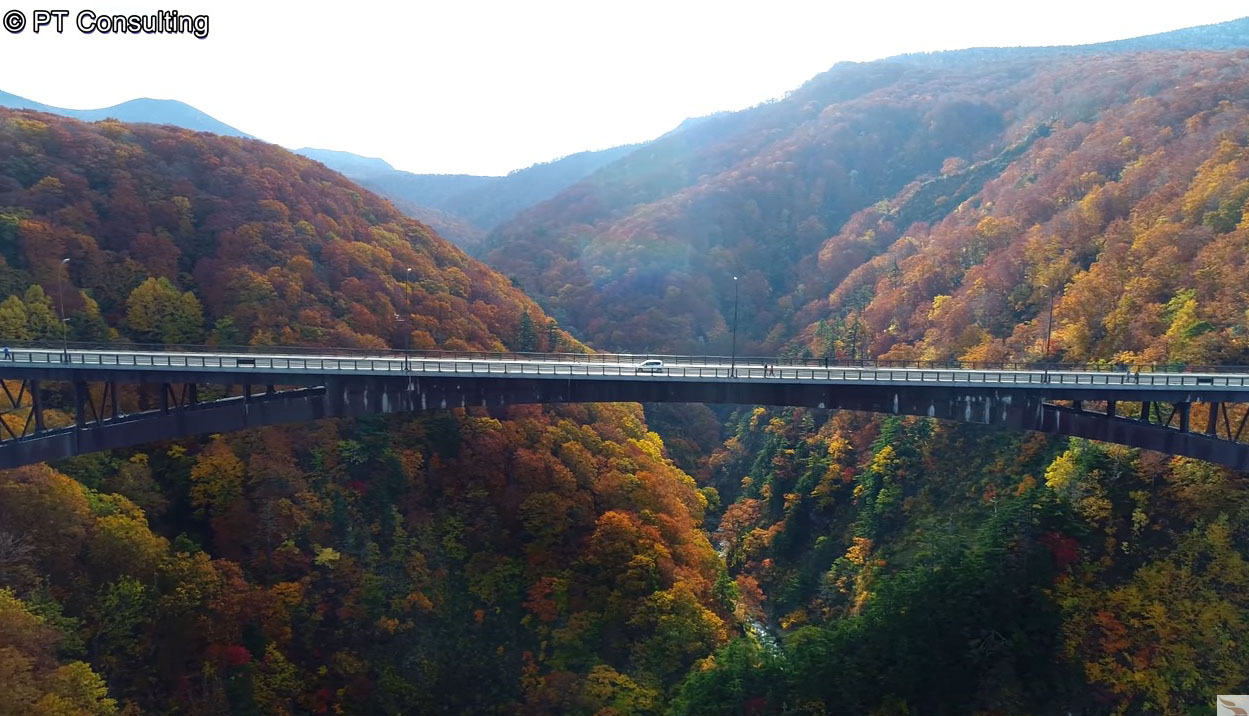 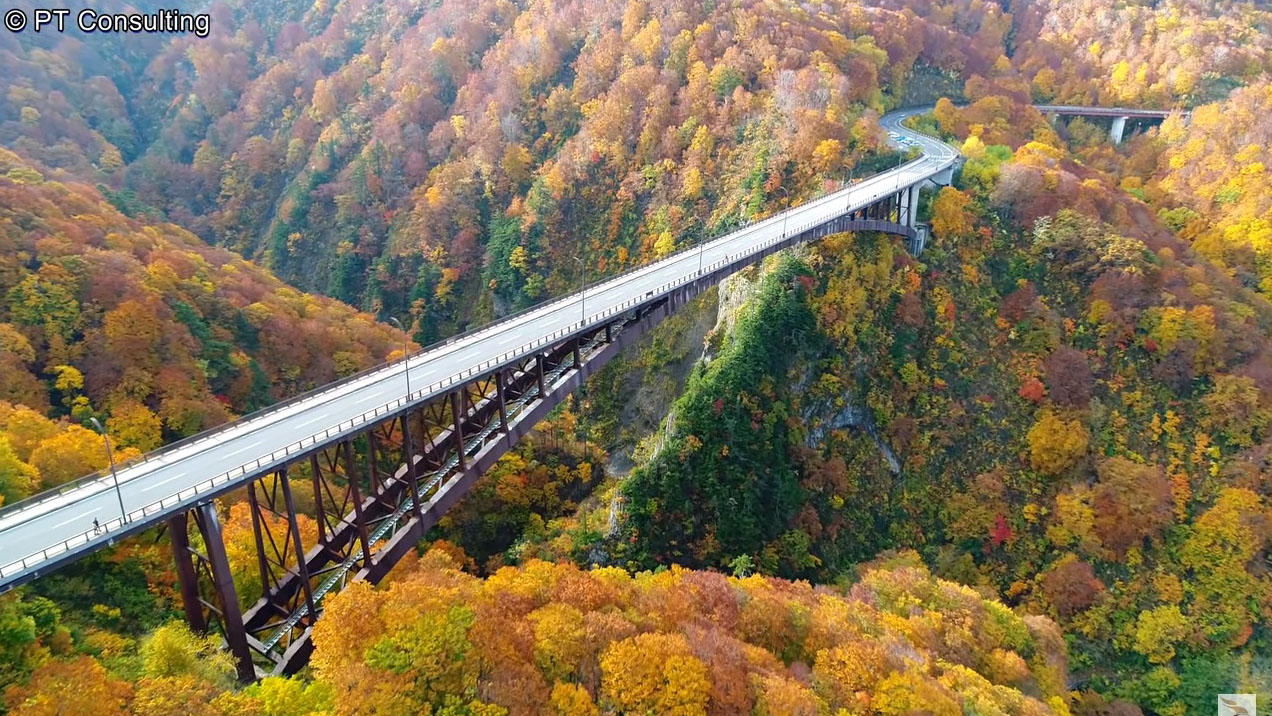 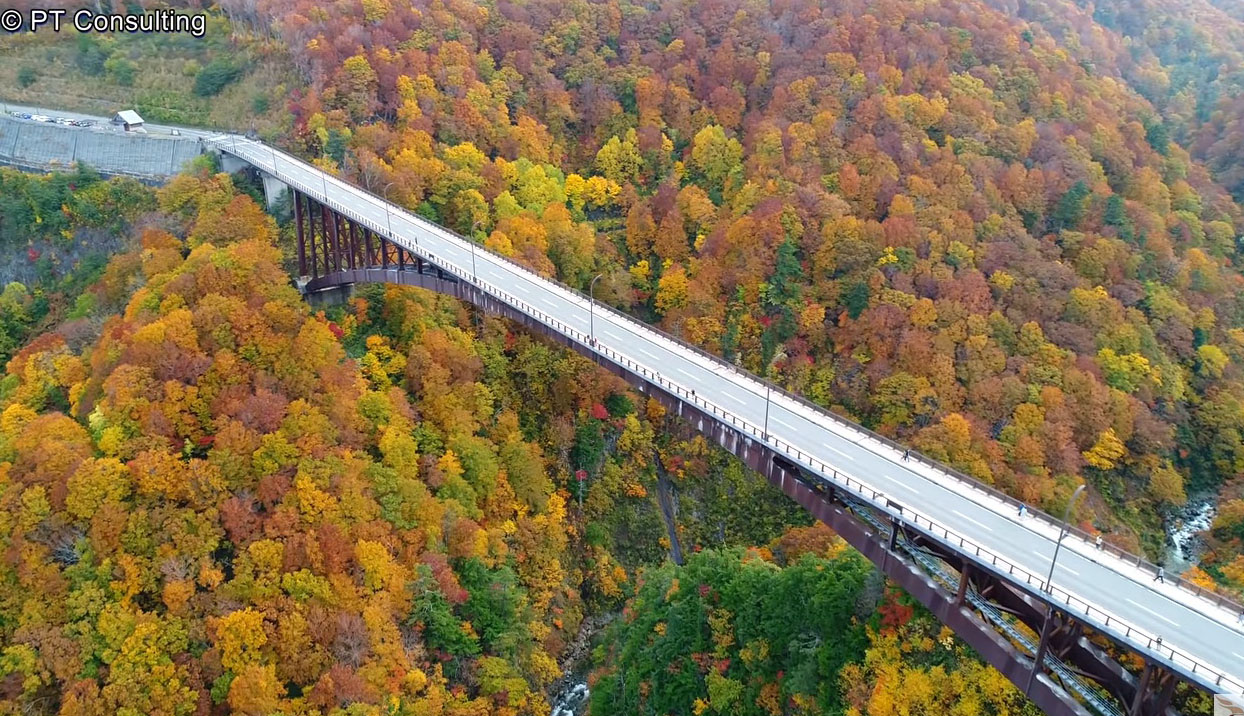 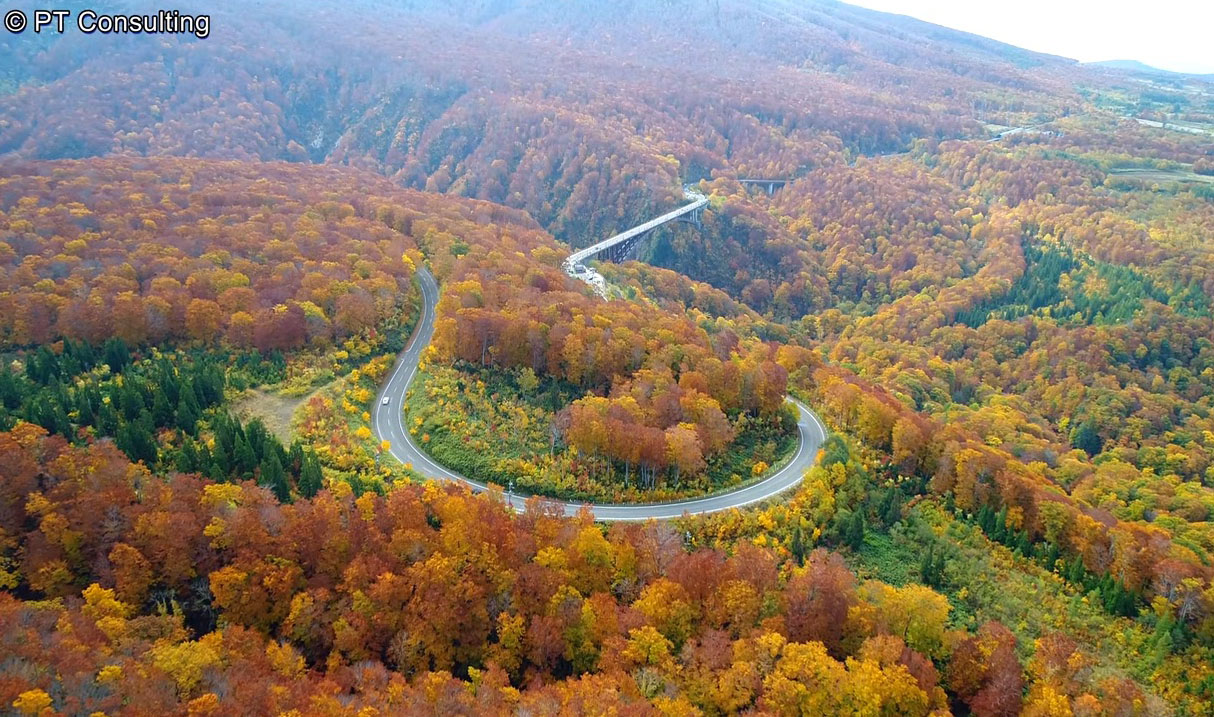 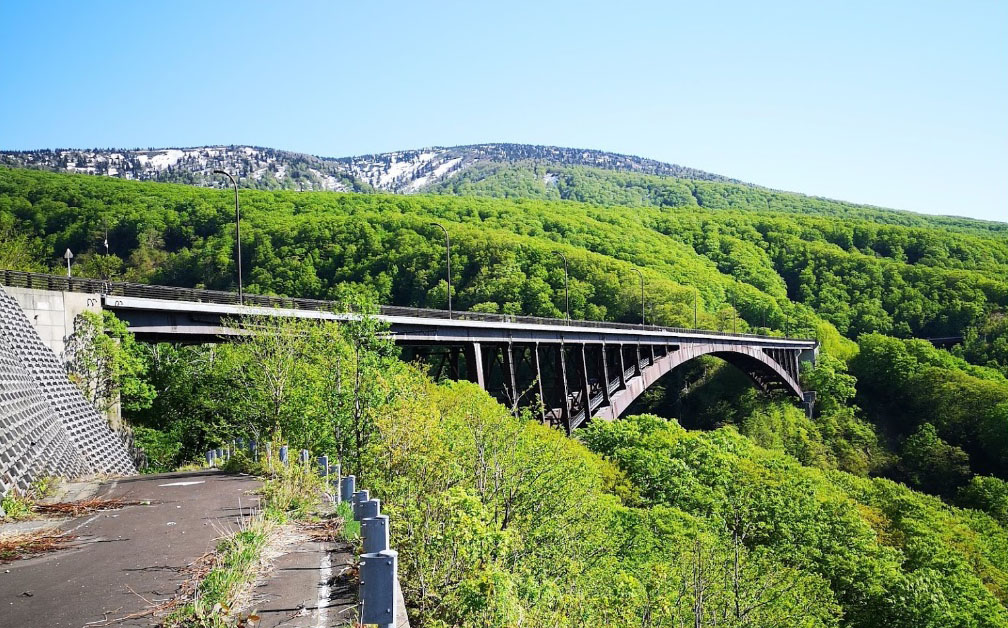 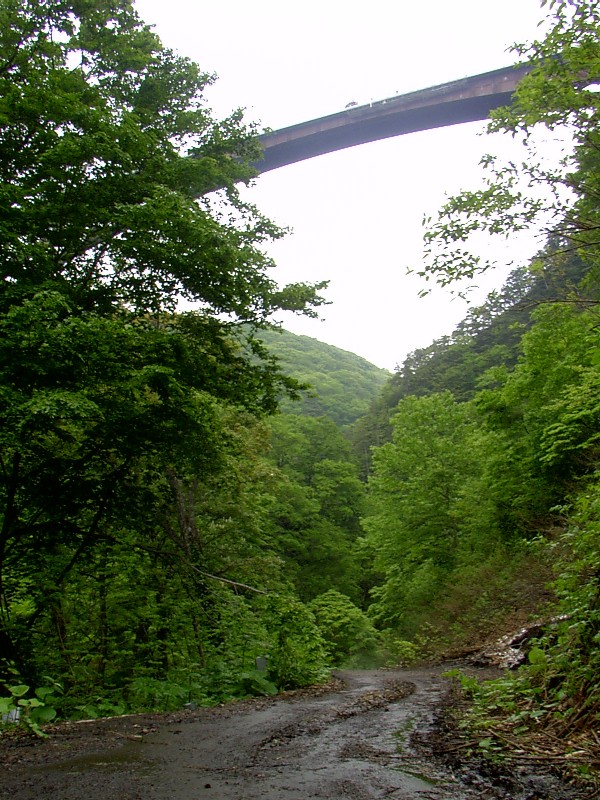 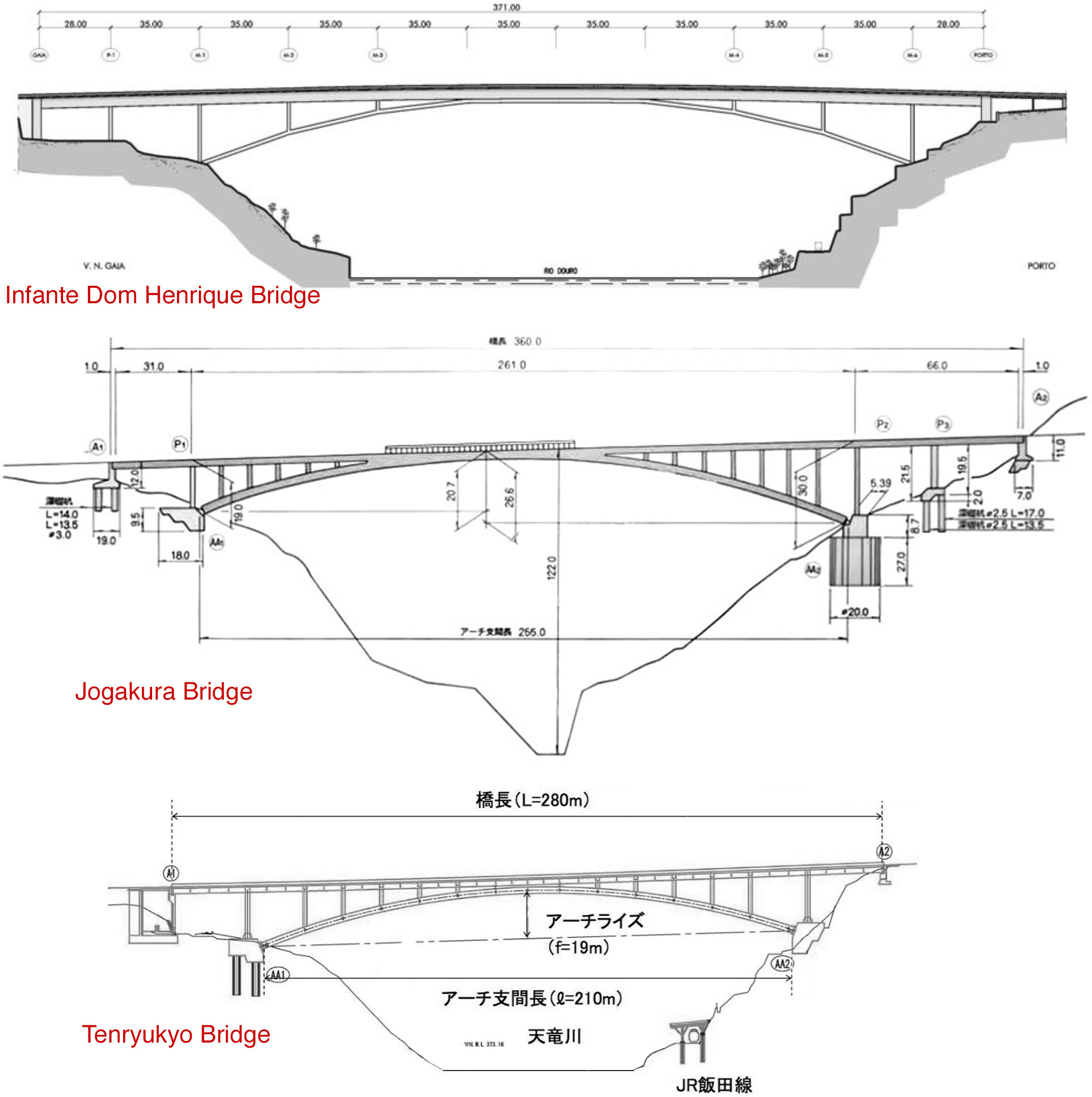 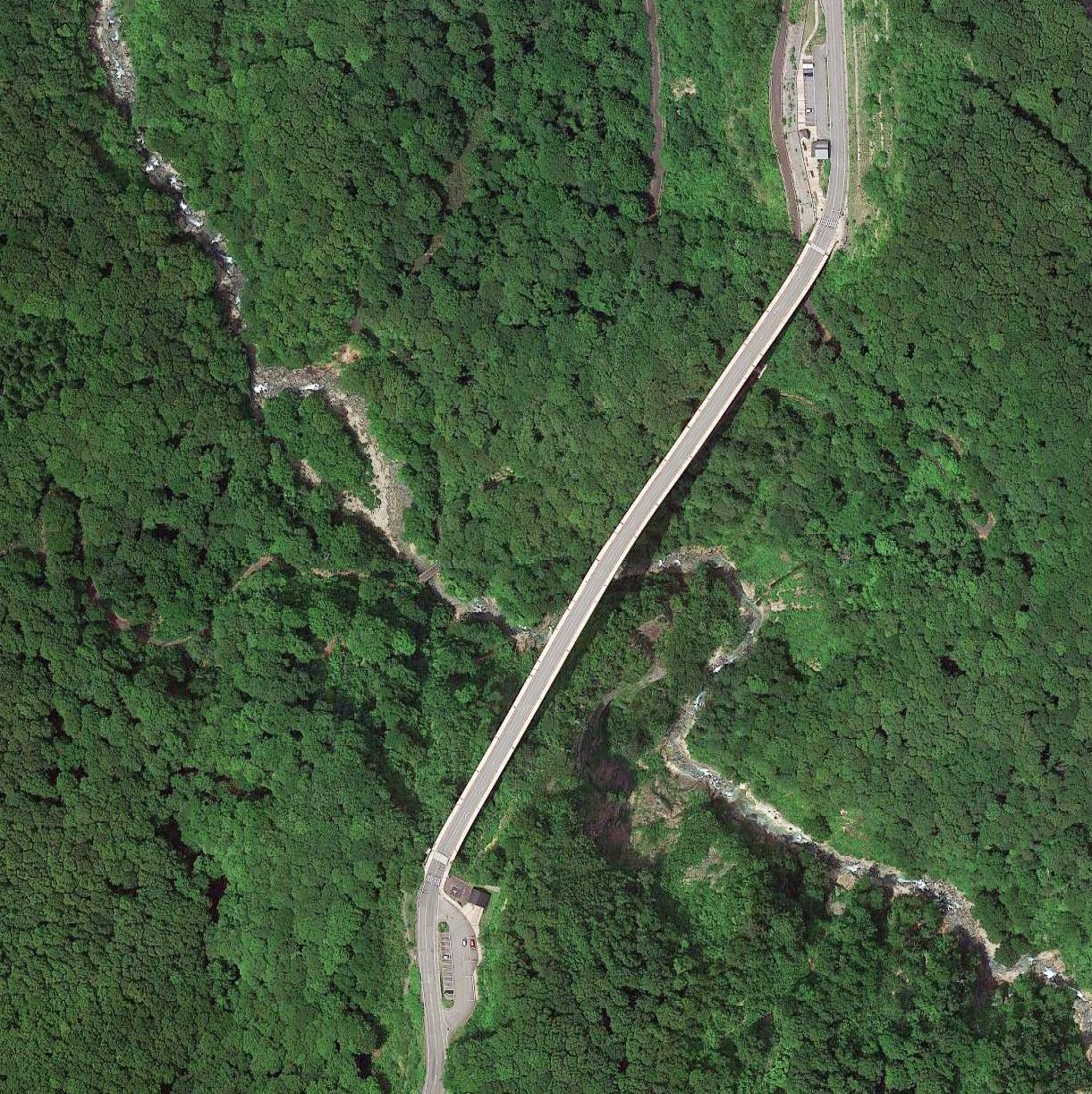 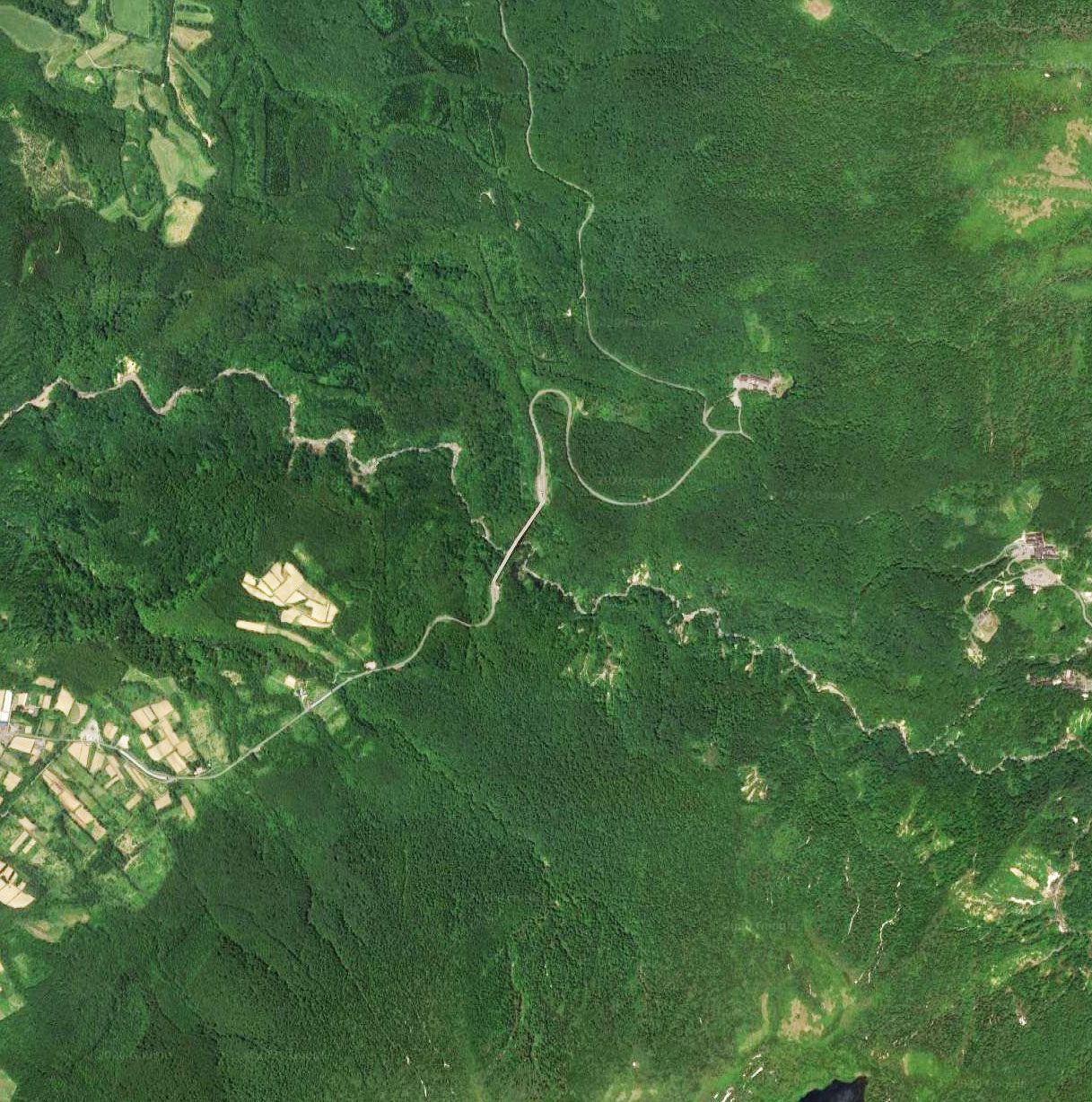 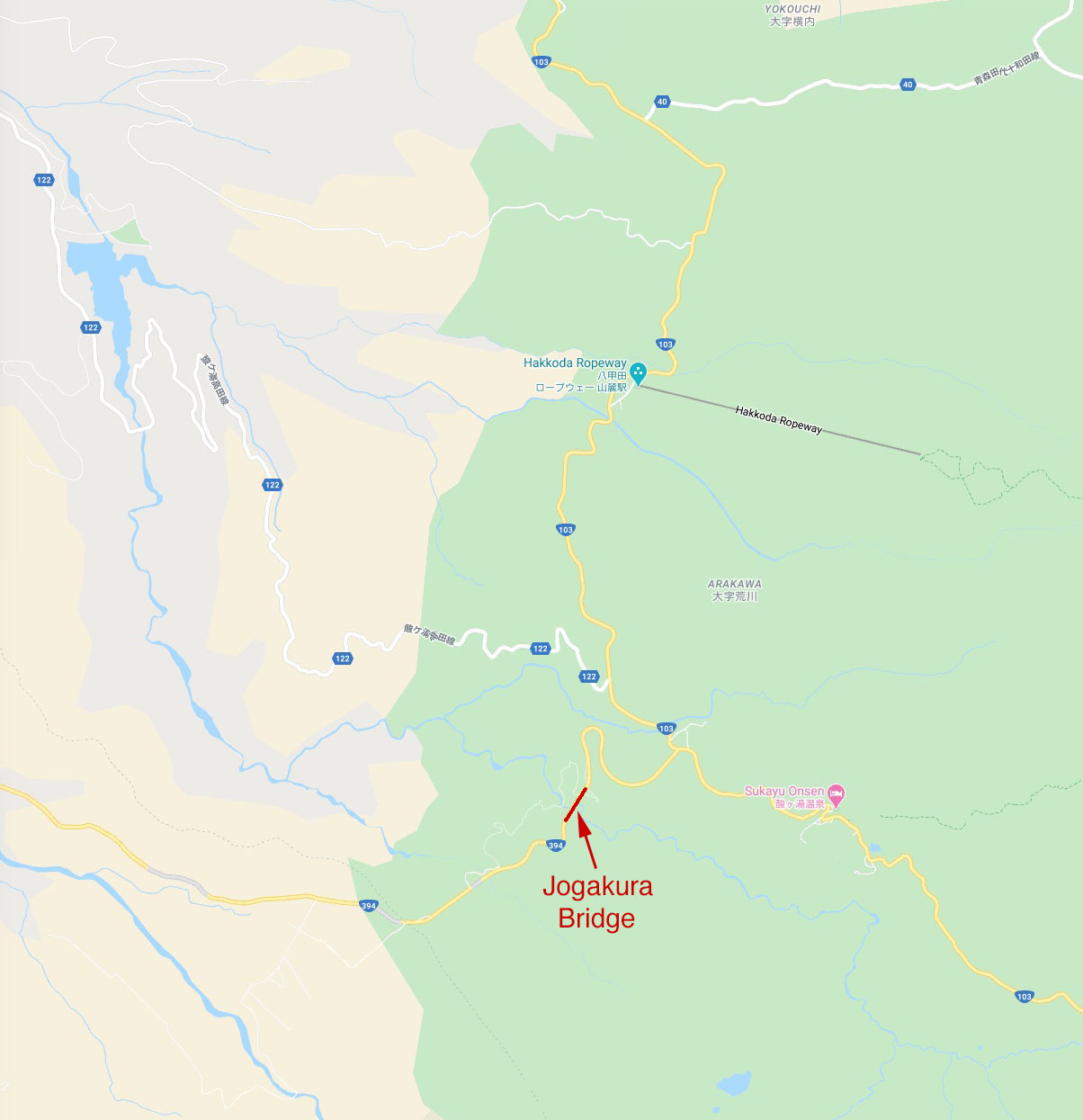 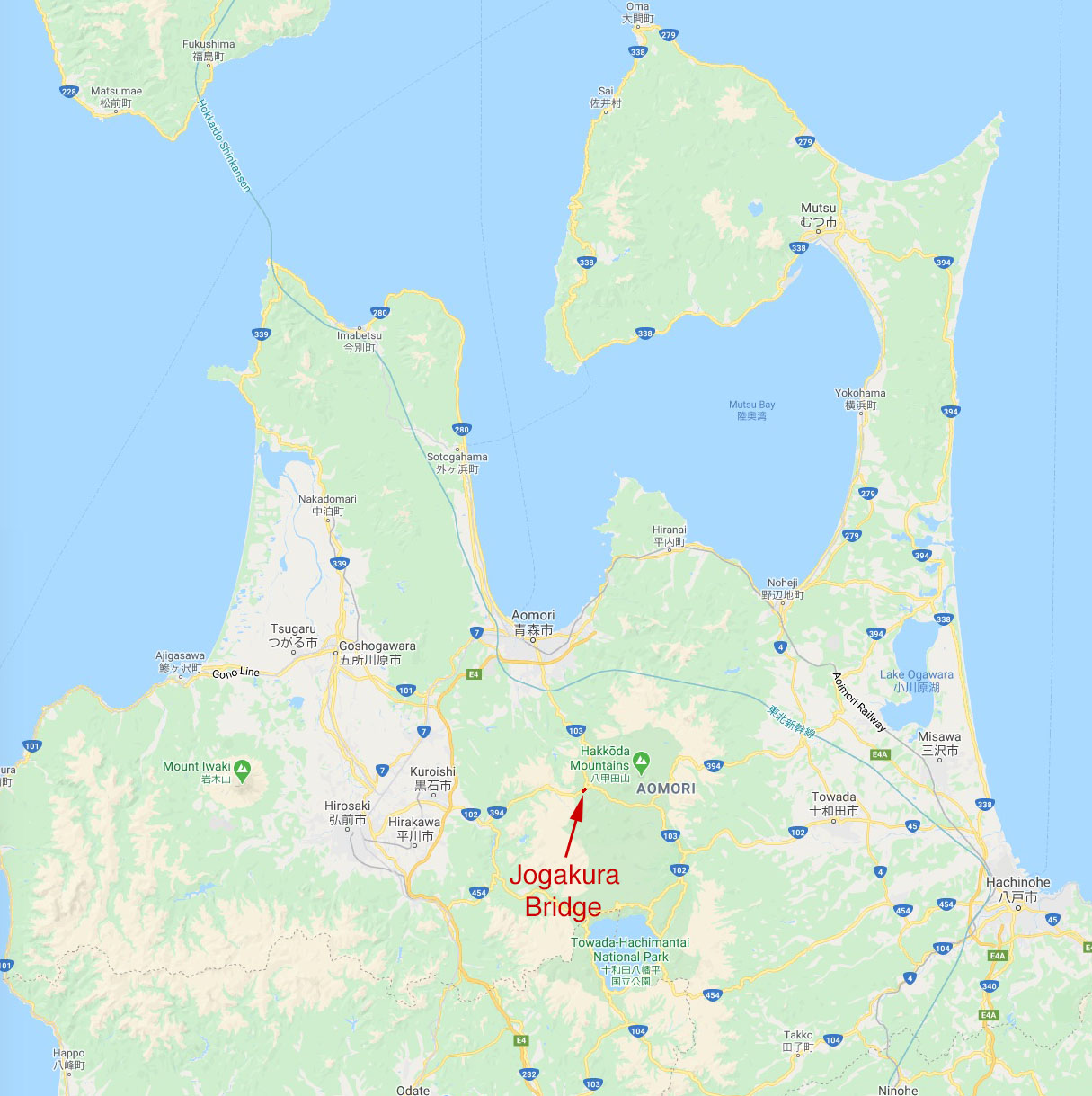