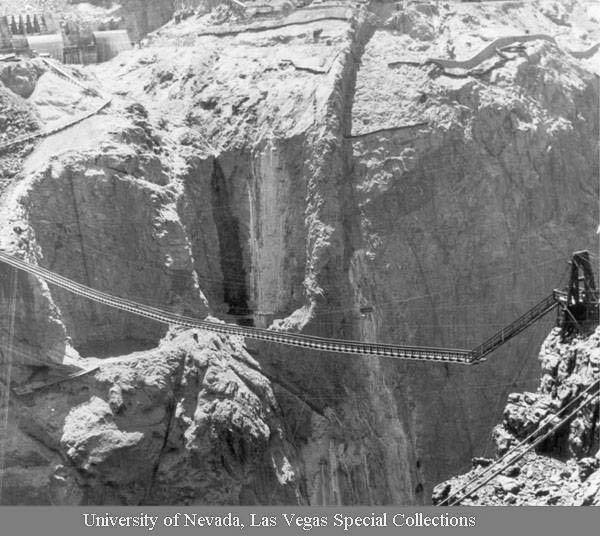 Built around 1930 to aid worker’s during the construction of the record breaking Hoover Dam, this spectacular suspension footbridge was the highest temporary bridge at the time of its completion and remained the only footbridge to exceed the 100 meter height barrier until the Vajont Dam and Glen Canyon Dam footbridges in the late 1950s. Originally called the Boulder Dam, the 726 foot / 221 meter high gravity arch was the highest concrete dam in the world for over 20 years until it was surpassed by Switzerland's Mauvoisin Dam in 1957 and Grande Dixence in 1964. 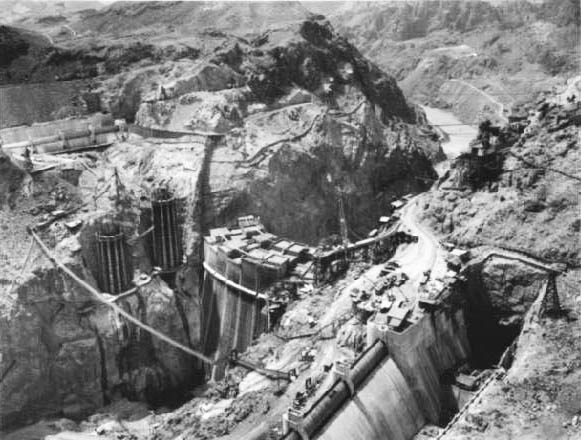 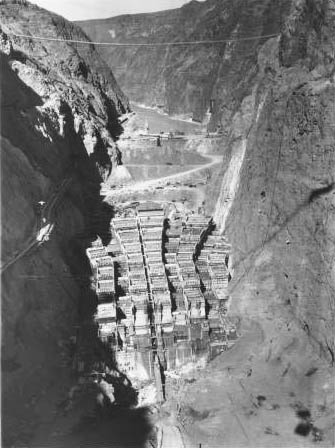 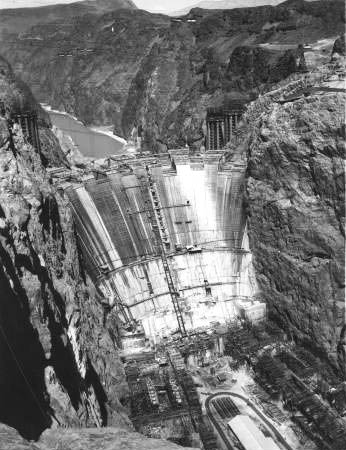 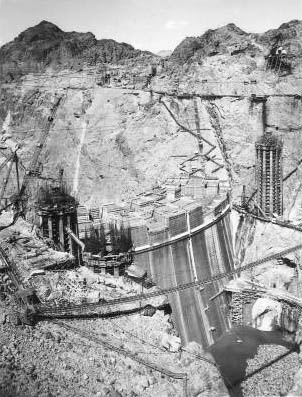 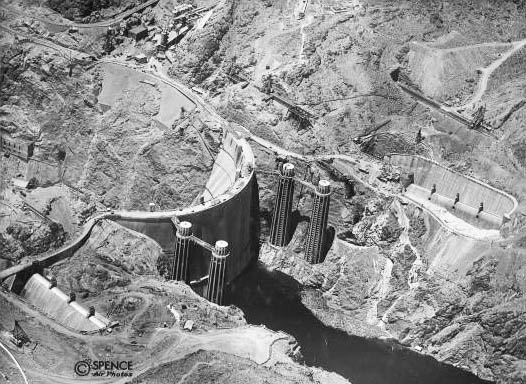 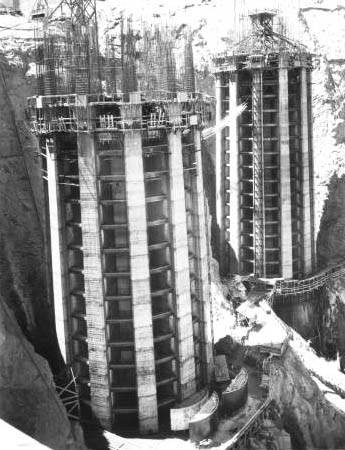 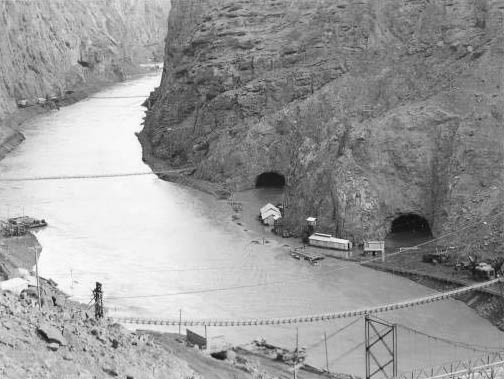