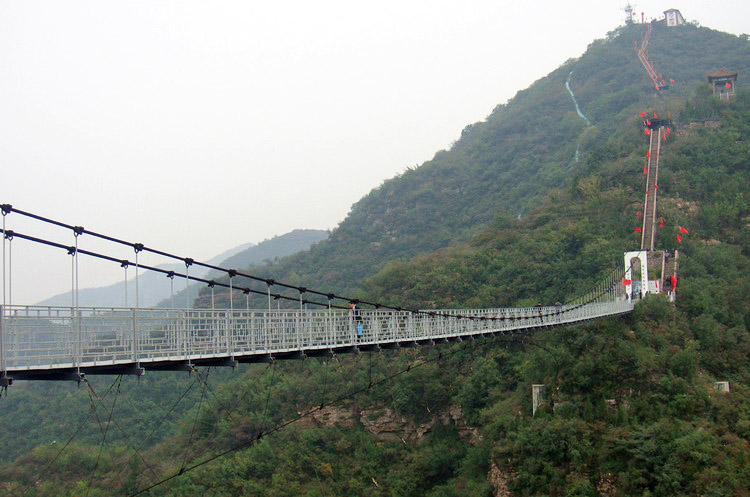 Although I am not sure of the true height of the Hongqiqu Buyun Footbridge, this tourist attraction is well worth a look for travelers in Henan Province heading out to have an adventurous day filled with equal parts history and hiking. Located between two hills that overlook the ancient Red Canal that snakes south of the Zhuozhang River, the park is part of a Chinese Geopark celebrating the construction of the 71 kilometer long Red Flag Canal which is a major engineering feat in itself. Constructed in the 1960s to bring water to western Ankang for irrigation, the canal twists around cliffs and through many tunnels on its long descent to the east. For a fee you can ride on boats that shoot along the canal or instead walk among the many trails that were laid out in the vicinity of the canal.

The 1.8 meter wide footbridge was completed in 1998 and was named Buyun which roughly translates to a walk in the clouds. Two towers of 7 meters support a large main span of 146 meters. The bridge can be reached via a short ropeway that ascends the lower hill near the north side of the footbridge. Several groups of steep stairs continue up the much higher south side hill for those who have the energy. 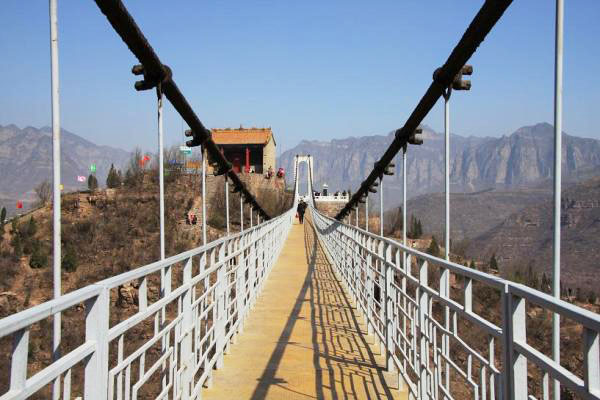 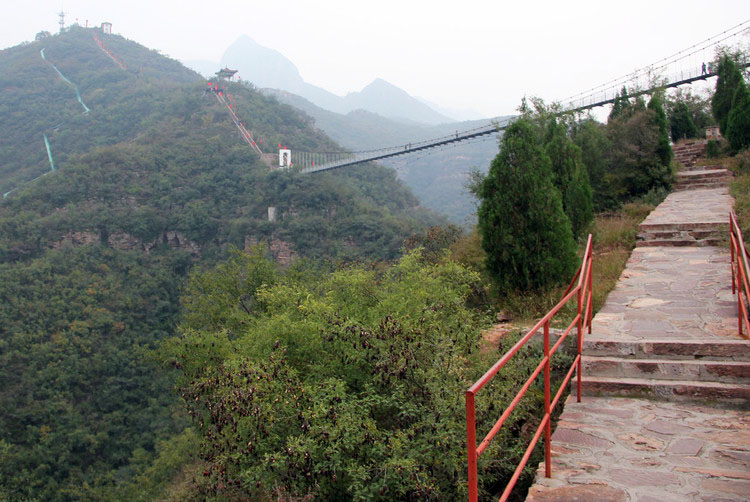 The above image reveals a canyon that is likely in the 75 to 100 meter height range. 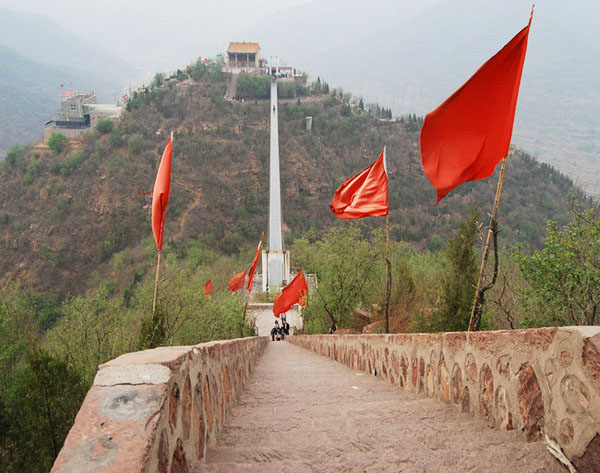 The upper station of the ropeway can be seen on the left side of the hill. 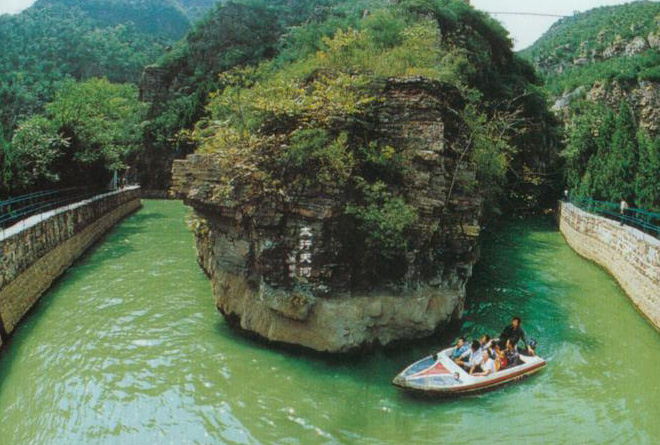 A group of tourists heads around a U-shaped bend below the Buyun Footbridge seen in the upper right. 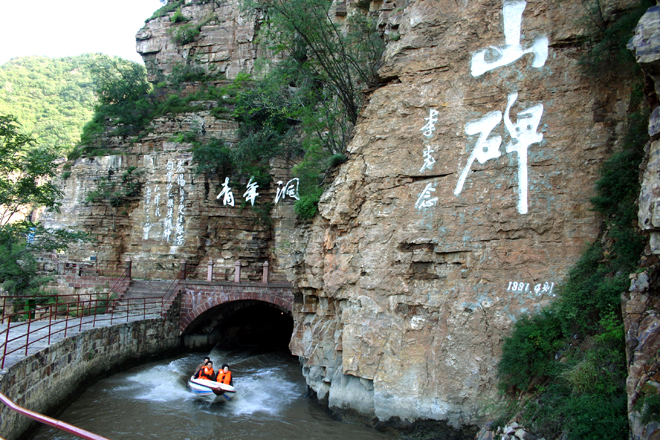 One of 42 tunnels along the Red Flag Canal. 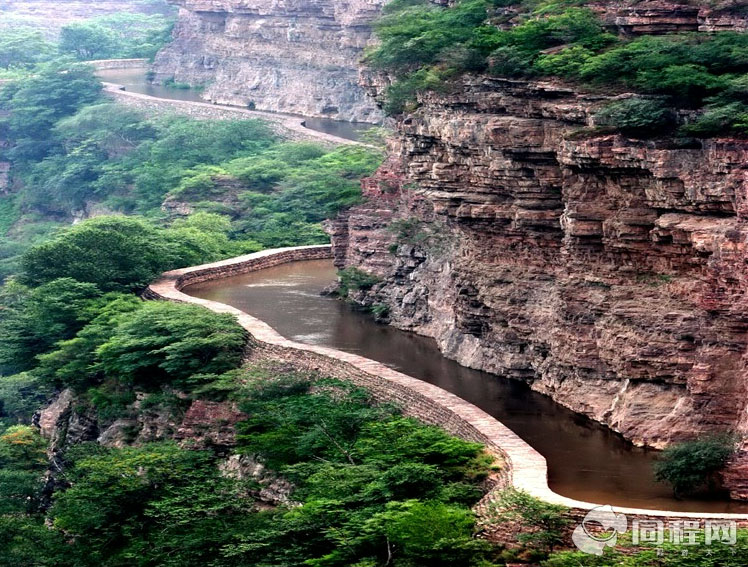 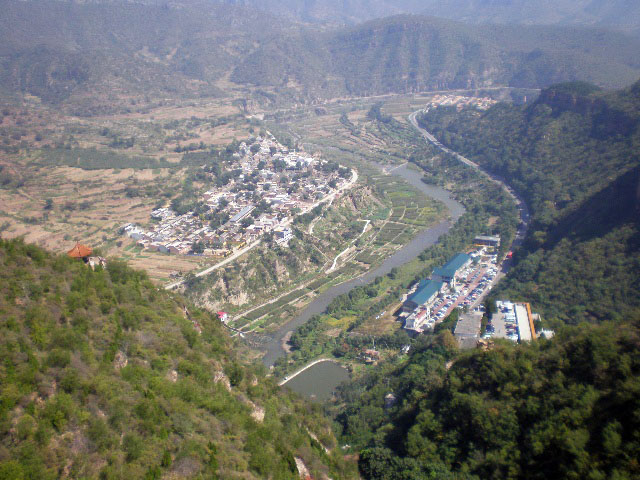 A view of the Zhuozhang River looking east from the Buyun Footbridge. 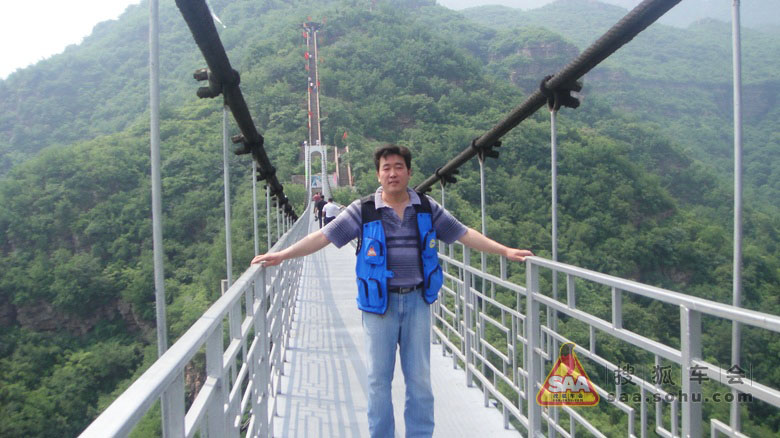 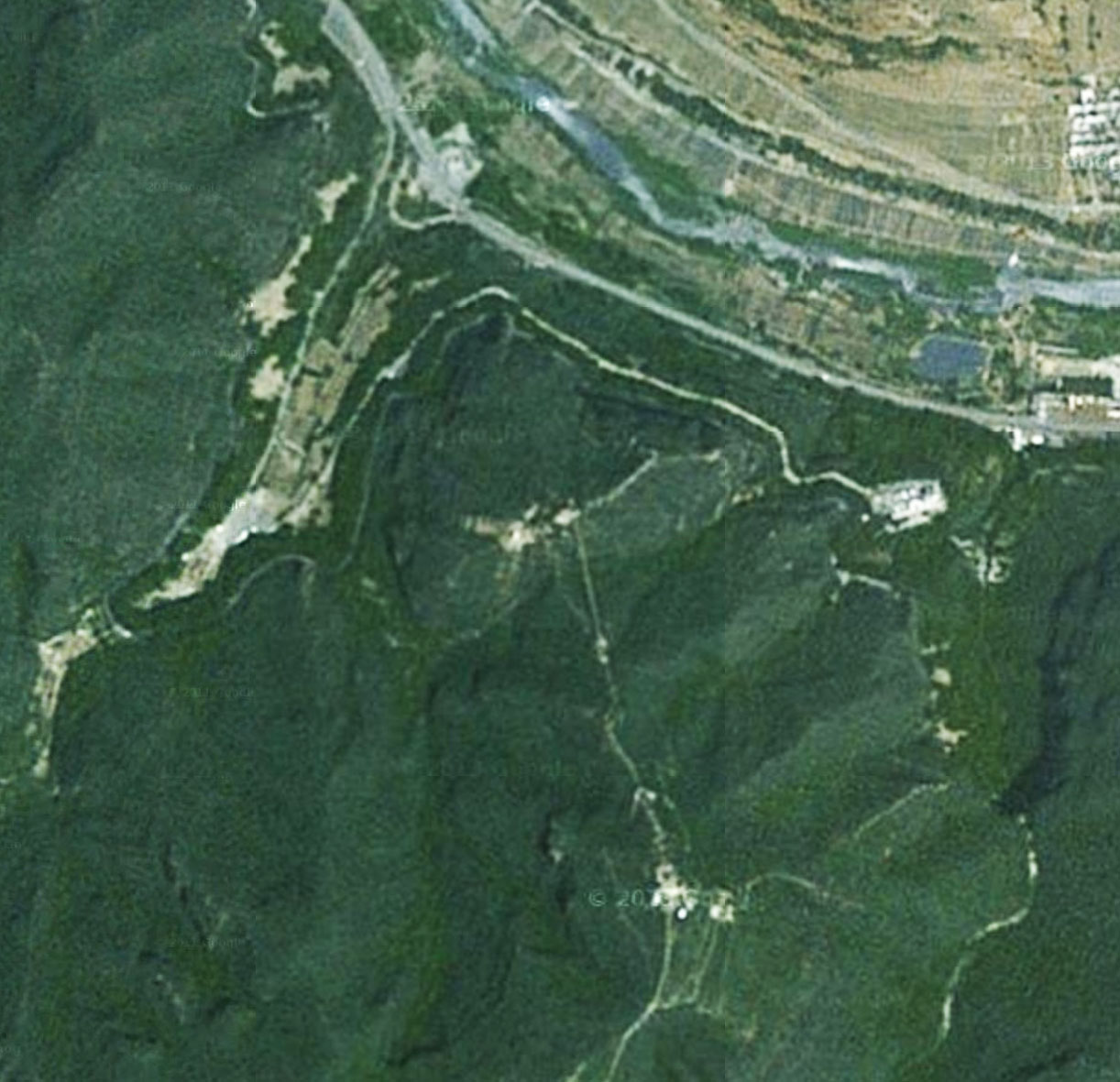 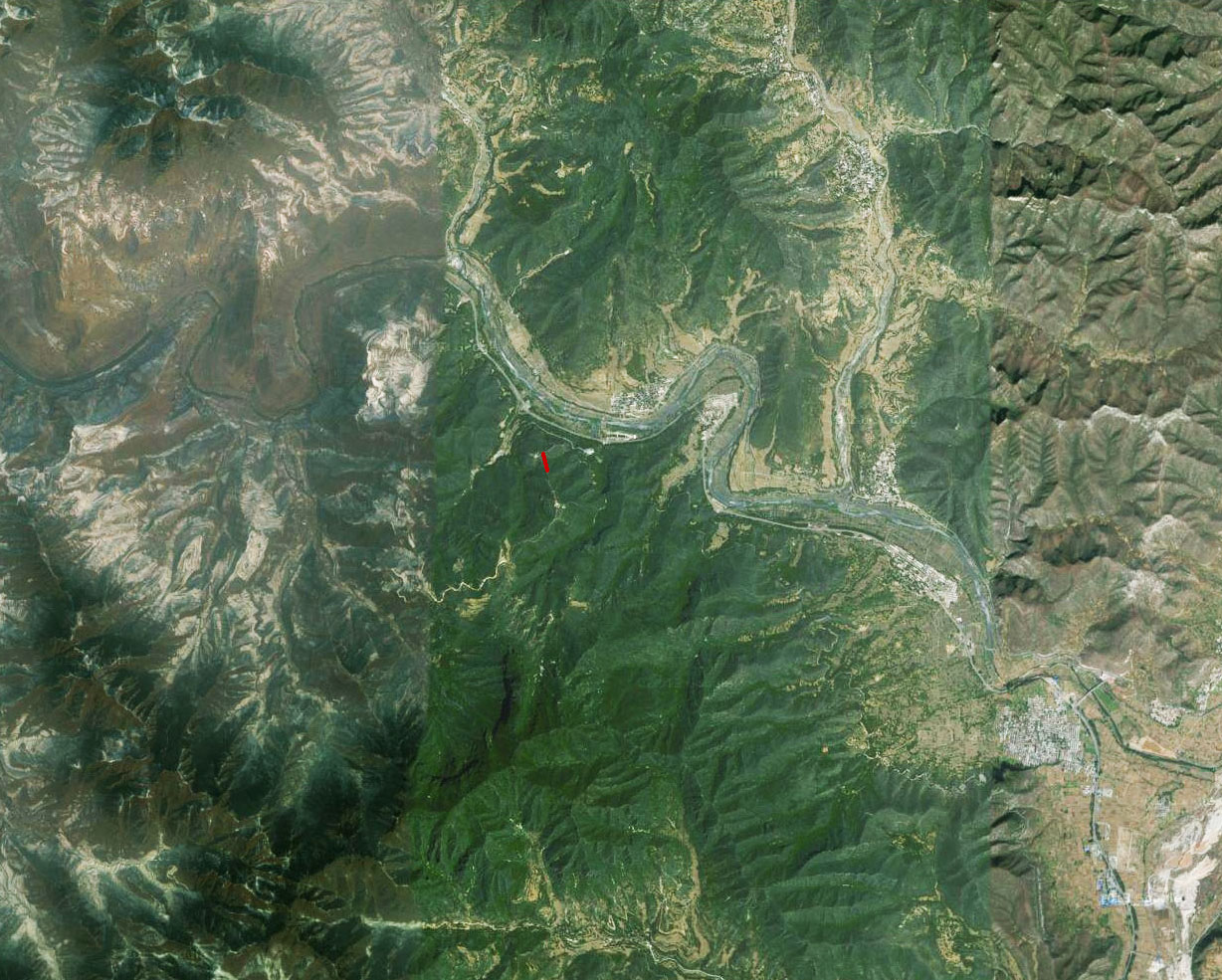 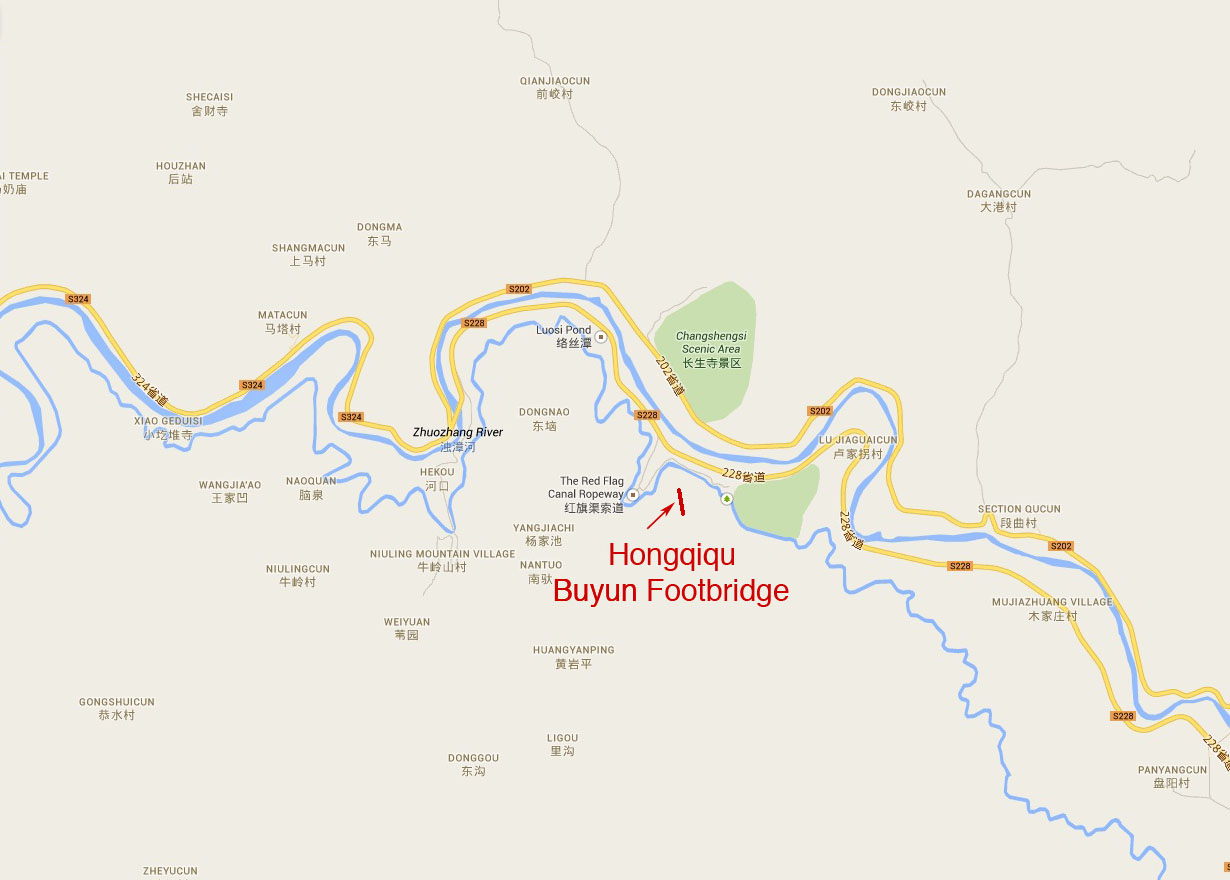 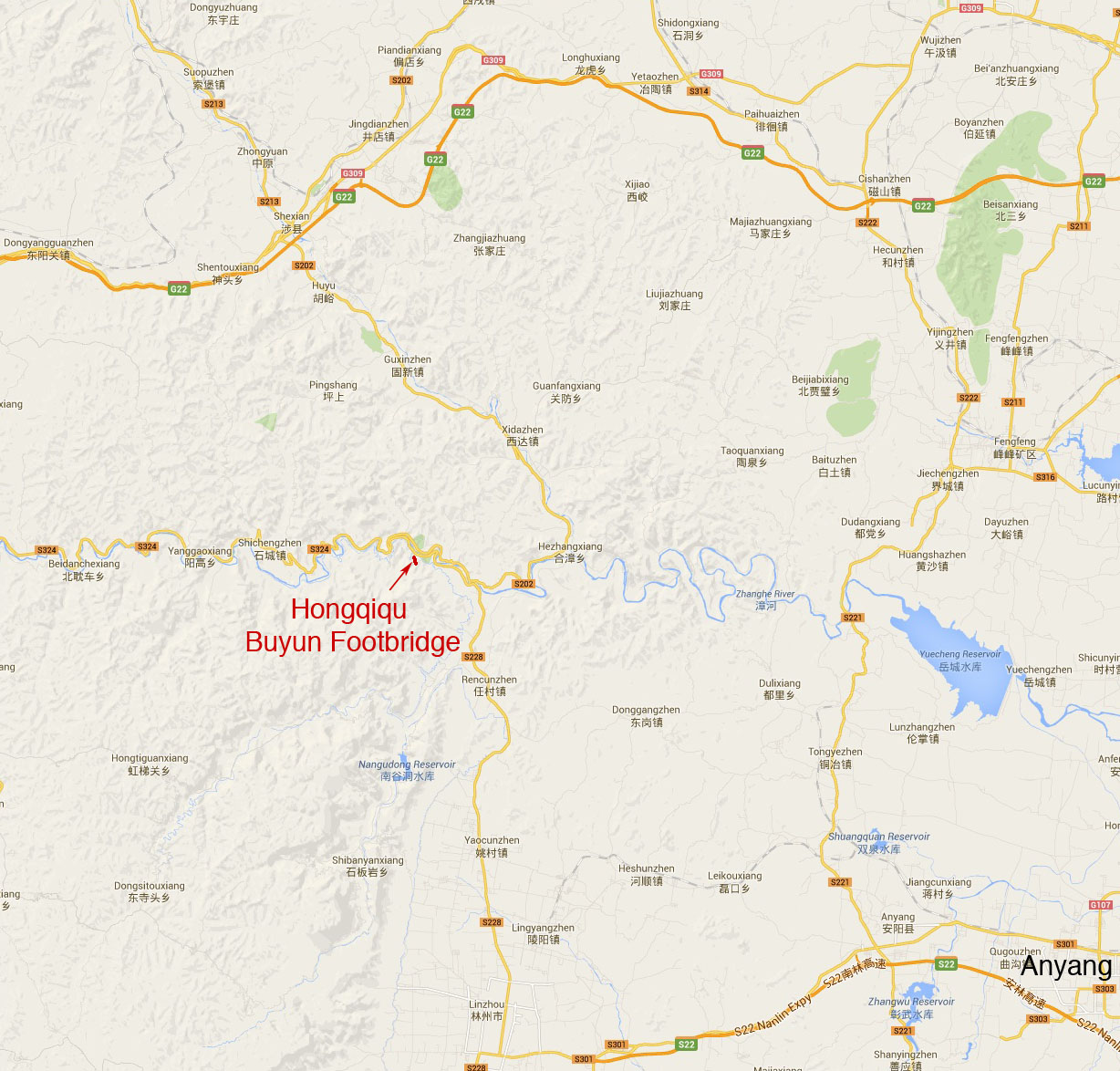