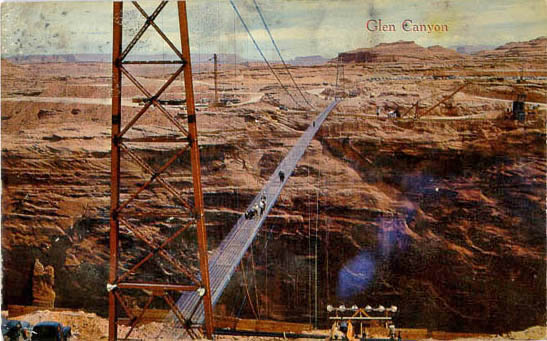 To aid worker’s during the construction of the massive Glen Canyon Dam, a spectacular suspension footbridge was built upstream of the construction site across the Colorado River. With a span of 1,280 feet (390 meters) and a height of 640 feet (195 mtrs), it was the largest and highest traditional, tower supported suspension footbridge. In 2006, the Kokonoe “Yume” Otsurihashi footbridge opened in Japan’s Oita Prefecture with a span of 1,280 feet (390 meters). A more accurate conversion puts the Japanese bridge at 1,279.5276 feet - about 6 inches short of the Arizona bridge!

Just recently discovered in China is a suspension footbridge constructed behind the Wanjiazhai Dam over the Yellow River with a span of 500 meters between towers or 467 meters as measured along the deck. This would make it the world's longest pedestrian suspension bridge. The bridge was originally built in 1994 for workers to get across the Yellow River gorge during the construction of the Wanjiazhai hydroelectric dam. Originally scheduled for removal in 2000 once the dam was completed, the dam personnel decided to keep it and so the span was rehabilitated and strengthened for long term use. The huge span is open to the public for a nominal fee.

The Glen Canyon Dam is a concrete gravity arch structure that is just as large as the much more famous Hoover Dam near Las Vegas. Behind the Glen Canyon dam is Lake Powell, one of the largest reservoirs in the United States with a 1,900 mile (3,057 km) shoreline. Construction of the dam began in 1956 and ended in 1963. The footbridge was used from 1958 to 1964, allowing workers to walk across the river from the south side where the town of Page was located. Despite the installation of wind stays to keep the deck from oscillating up and down, a walk across the “chicken wire” span was not for the faint of heart. This insecurity was magnified by an open grille deck where you could see the river straight down between your legs! You can see more details about the footbridge and its construction in the Roebling ad below.

You can read more about the history and development of the Lake Powell region at http://www.lake-powell-country.com. 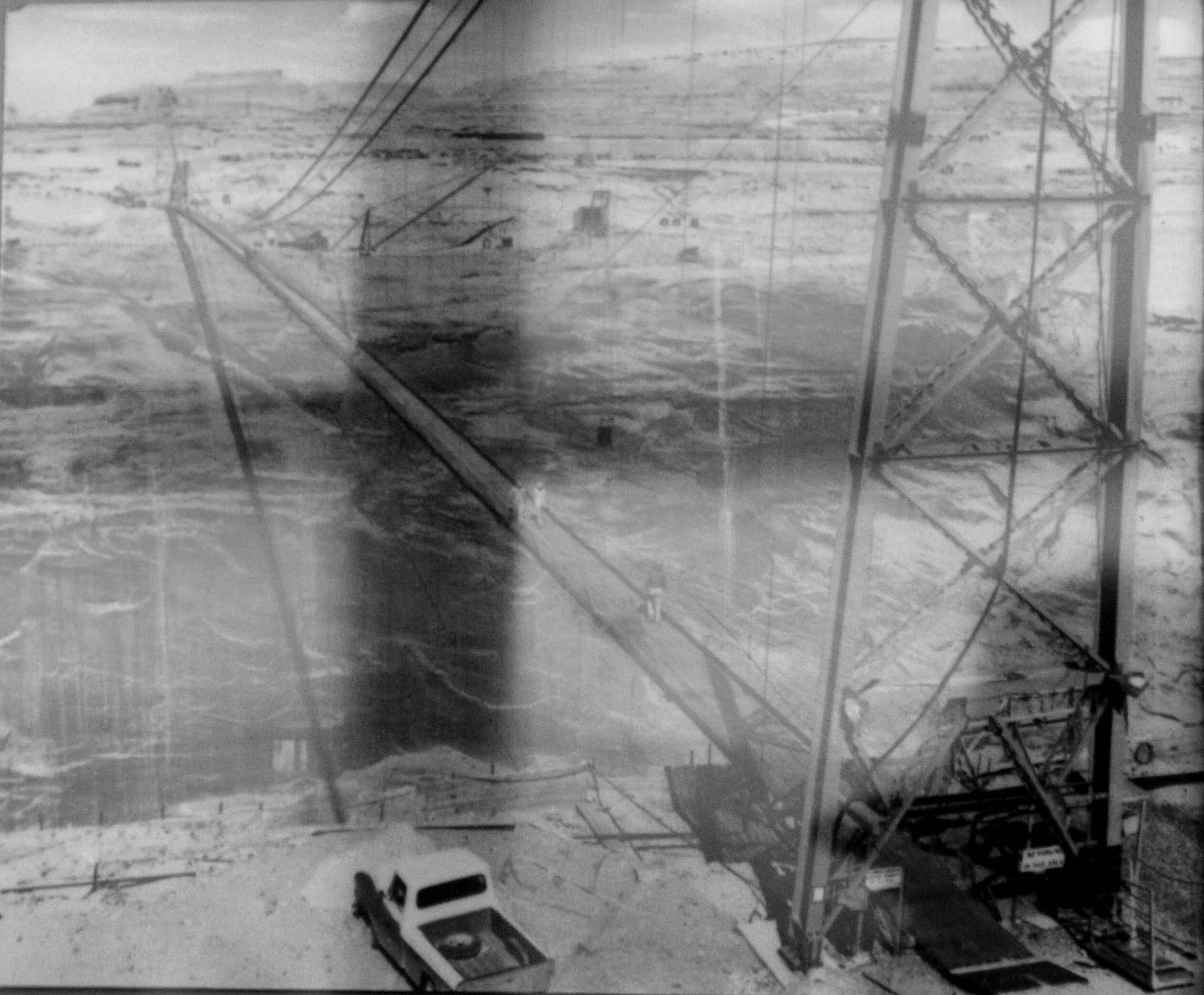 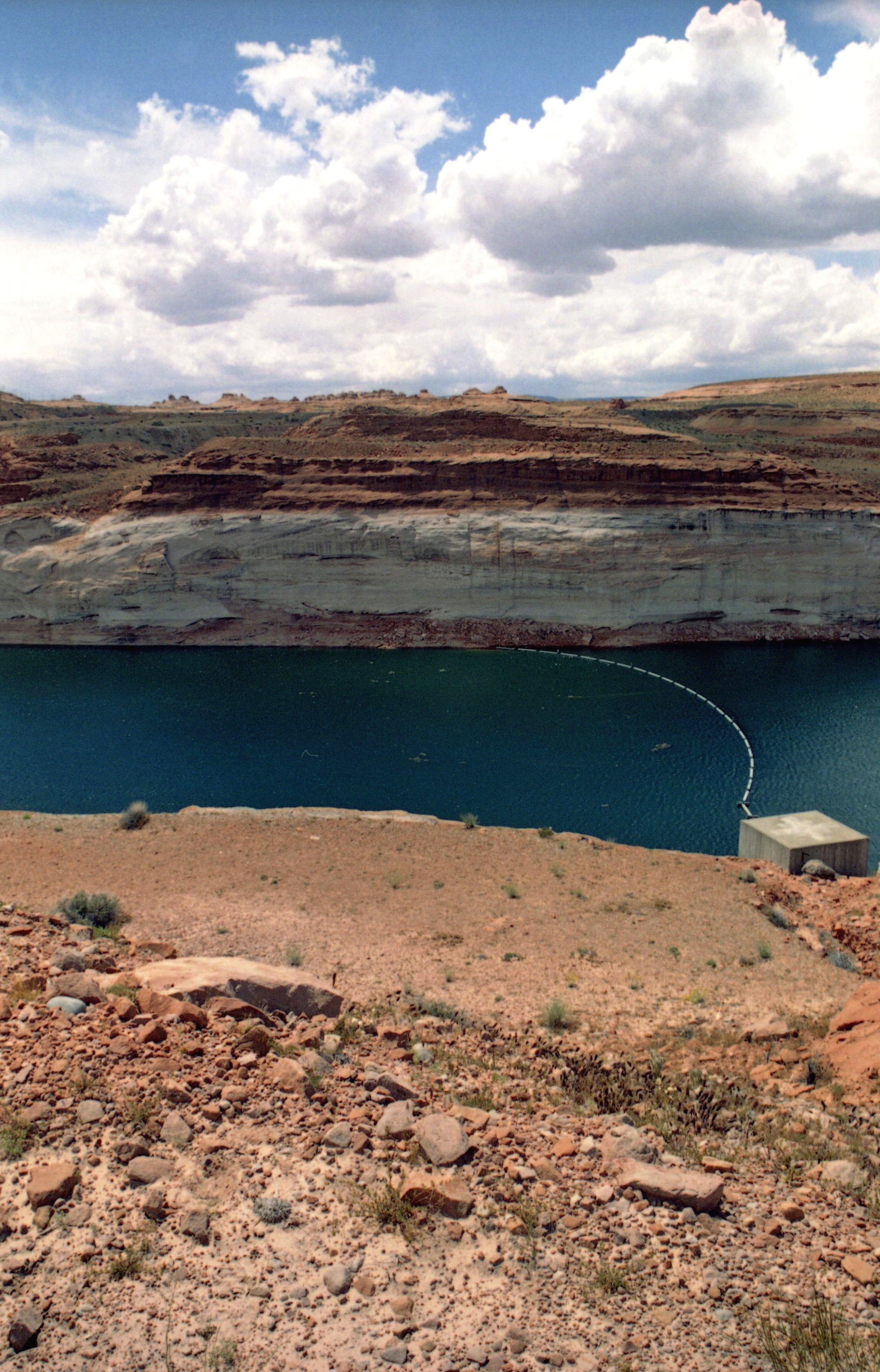 A view looking north at the spot where the huge suspension bridge was located. Image by Eric Sakowski / HighestBridges.com 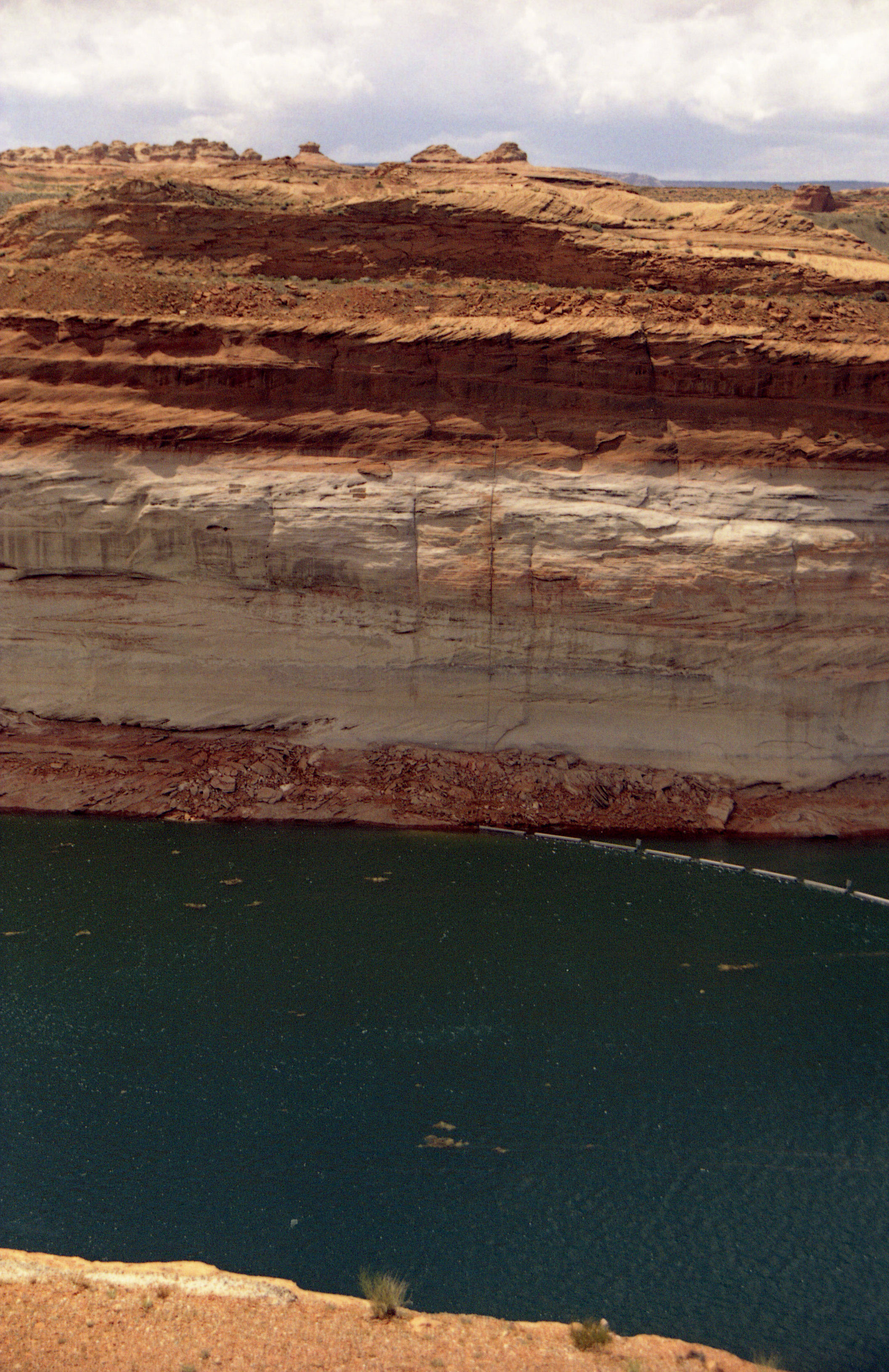 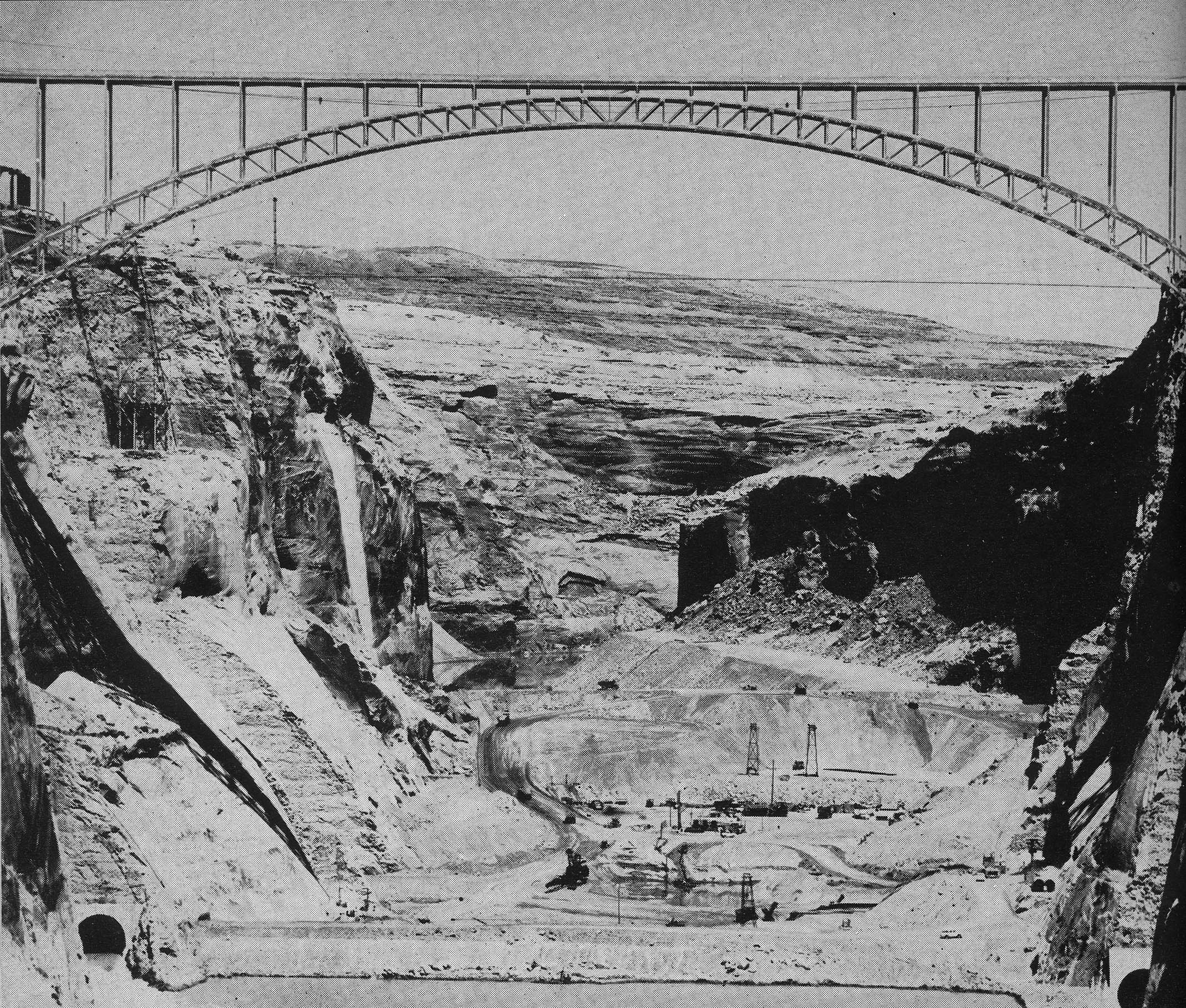 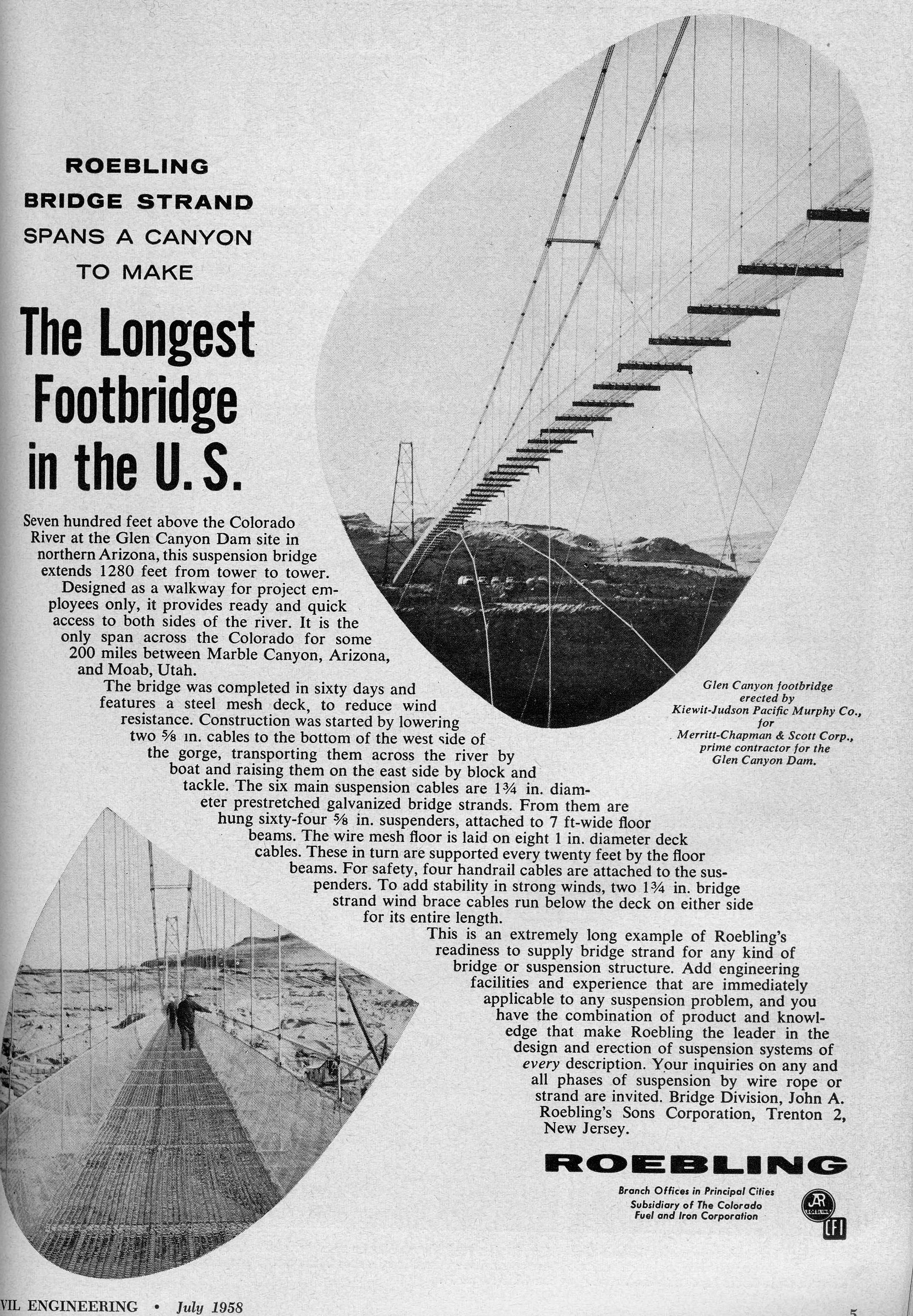 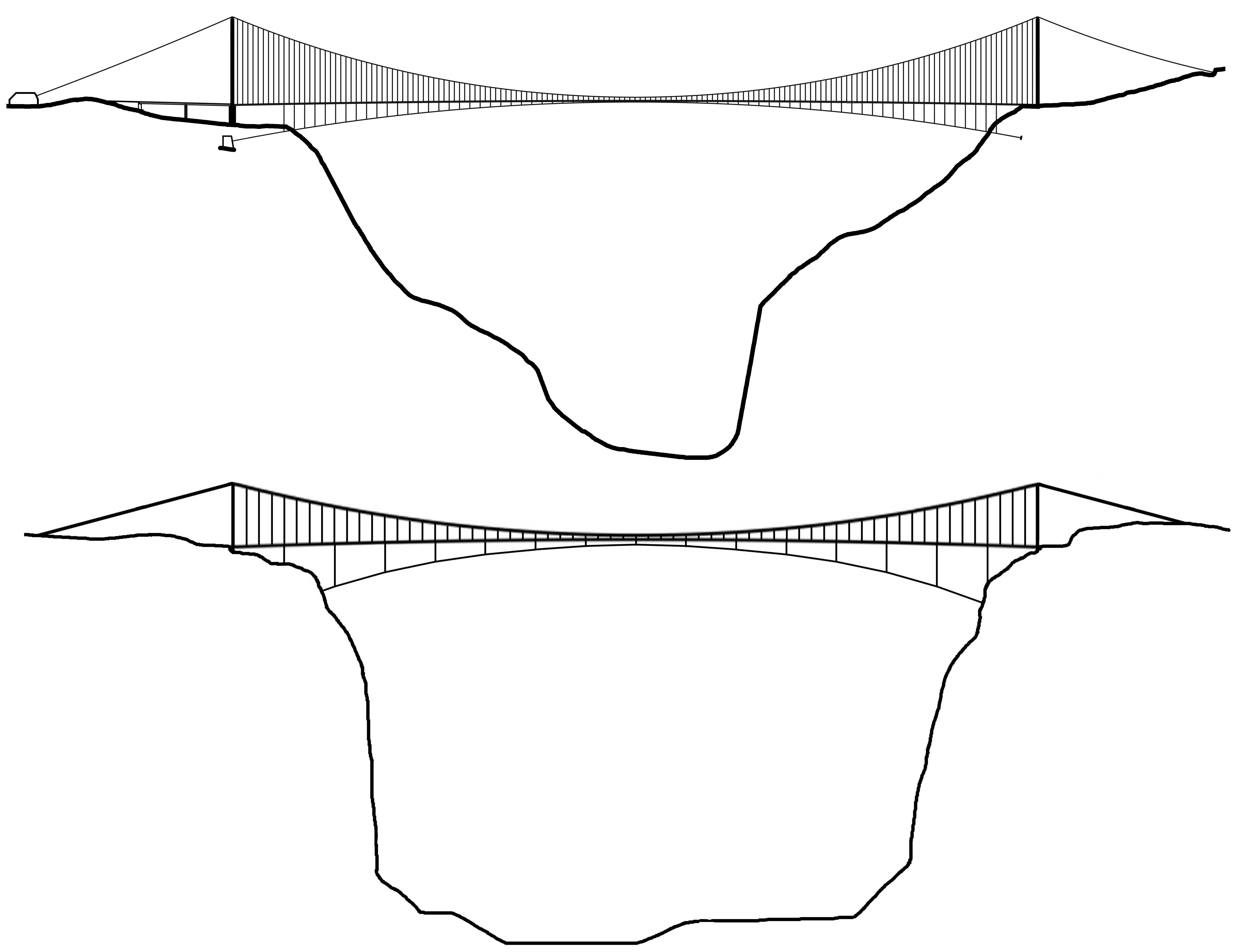 With a distance between towers of 1,280 feet (390 meters), the Kokonoe and Glen Canyon Dam are the second and third longest traditional suspension footbridge spans ever built.