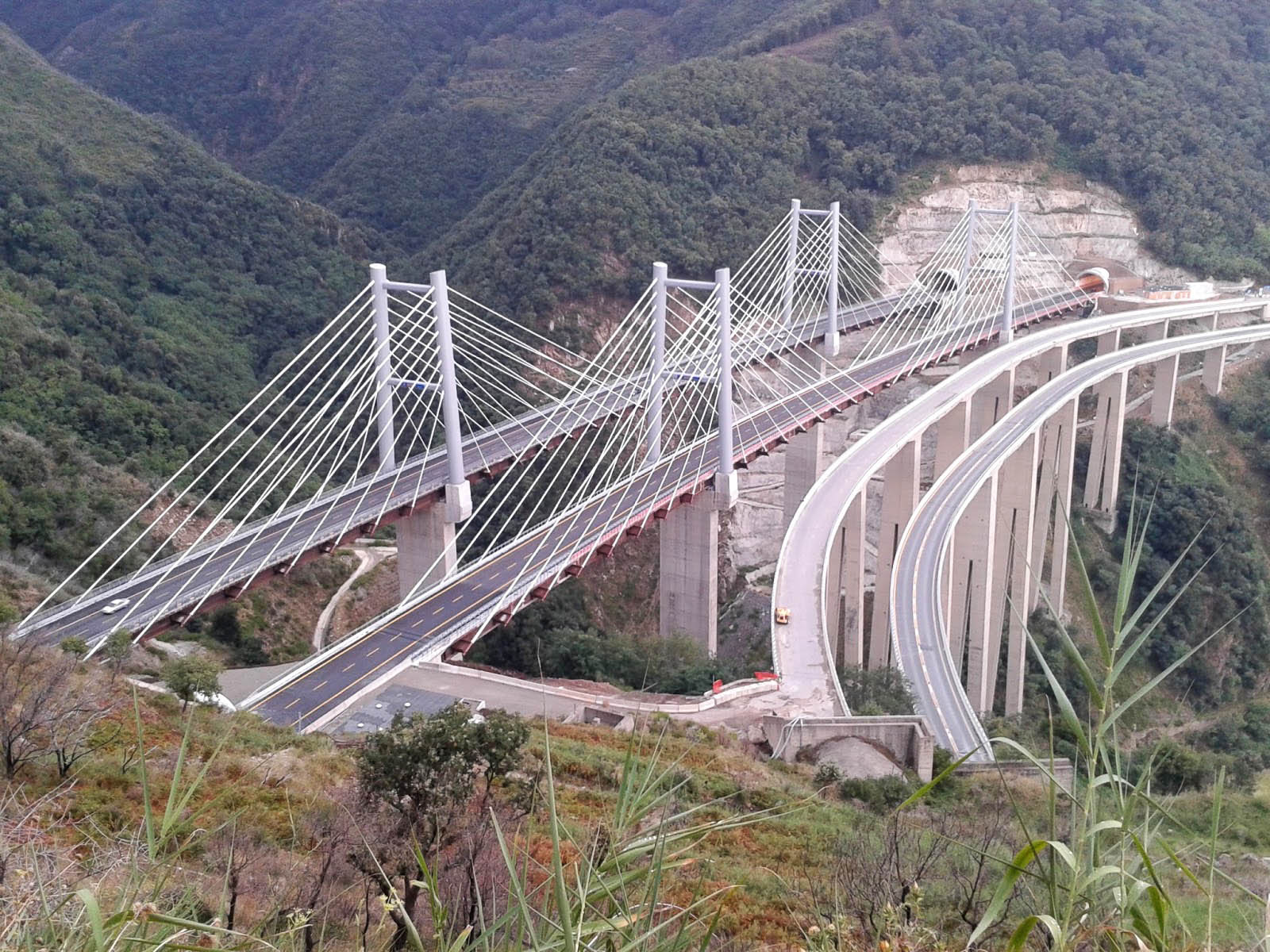 Outside of China, no other highway exists on earth with as many high bridges as Italy’s A3 motorway. Constructed in a Frankenstein-like fashion in bits and pieces throughout the 1960s and 1970s, this laboratory of Italian civil engineering stretches 300 miles (483 kms) from Napoli to the tip of Italy’s boot near the island of Sicily. The last few miles of the motorway traverse some of the most spectacular coastal terrain in all of Italy. In recent years, the mountain motorway has become congested as well as unsafe with no shoulders and curves that are too tight. Now underway is a huge reconstruction of the most troublesome stretches. New tunnels, wider curves and wider shoulders in both directions will make the original Autostrada Napoli-Reggio Calabria a thing of the past.

The largest bridge to be replaced in the Calabria region, near the Mediterranean coastline, will be Favazzina. The original twin structure was designed by Italy’s famous bridge engineer Ricardo Morandi and was unique for having clothespin shaped piers that were split all the way up to the roadway where they finally met hundreds of feet above the ground. Unlike nearby Sfalassa, which is being widened, Favazzina must be completely replaced by a new structure that will be parallel to the old bridge. Like the original Favazzina, the new alignment puts the bridge between two long tunnels. As sad as it will be to see Morandi’s handiwork toppled to the ground, the new Favazzina is a sharp looking replacement with a design nearly as unique as the original.

Italians have always been the masters of the strut frame bridge and no larger example exists in the world than the aforementioned Sfalassa Gorge bridge located just a few miles north of Favazzina. So it is no surprise that a strut frame design was chosen for the new Viadotto Favazzina. Unlike previous Italian bridges, the struts on the new Favazzina have a slight bend in them. This subtle curve eliminates any bending forces inherent in a straight beam from gravity and allows just the compressive forces to flow naturally through the strut. This catenary-like arching effect further complicates the already gray area of how much a strut frame bridge is an arch or a beam. There are a several other large European bridges with curving struts including the Longeray railway viaduct in France, the Rombachtal high speed railway viaduct in Germany and the Narón viaduct on the A6 motorway in Spain.

However you define it, the new Favazzina bridge continues the very Italian tradition of using big beams on big bridges to cross big valleys. Morandi’s classic Favazzina bridge may soon be gone but his legacy has spurred on a new generation of Italian engineers who are continuing to blend art and engineering on a highway that is like no other in Europe. 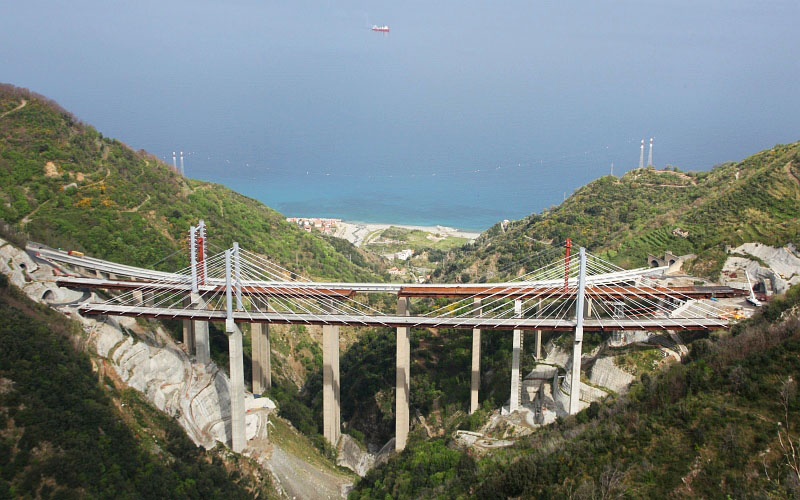 Note how the deck is being launched out from the North side in one long piece with a temporary cable stayed tower that will be removed once the ends of the two deck sections are closed in the middle. The Millau Viaduct was built in a similar fashion. Image by Martin Mergili (www.mergili.at) 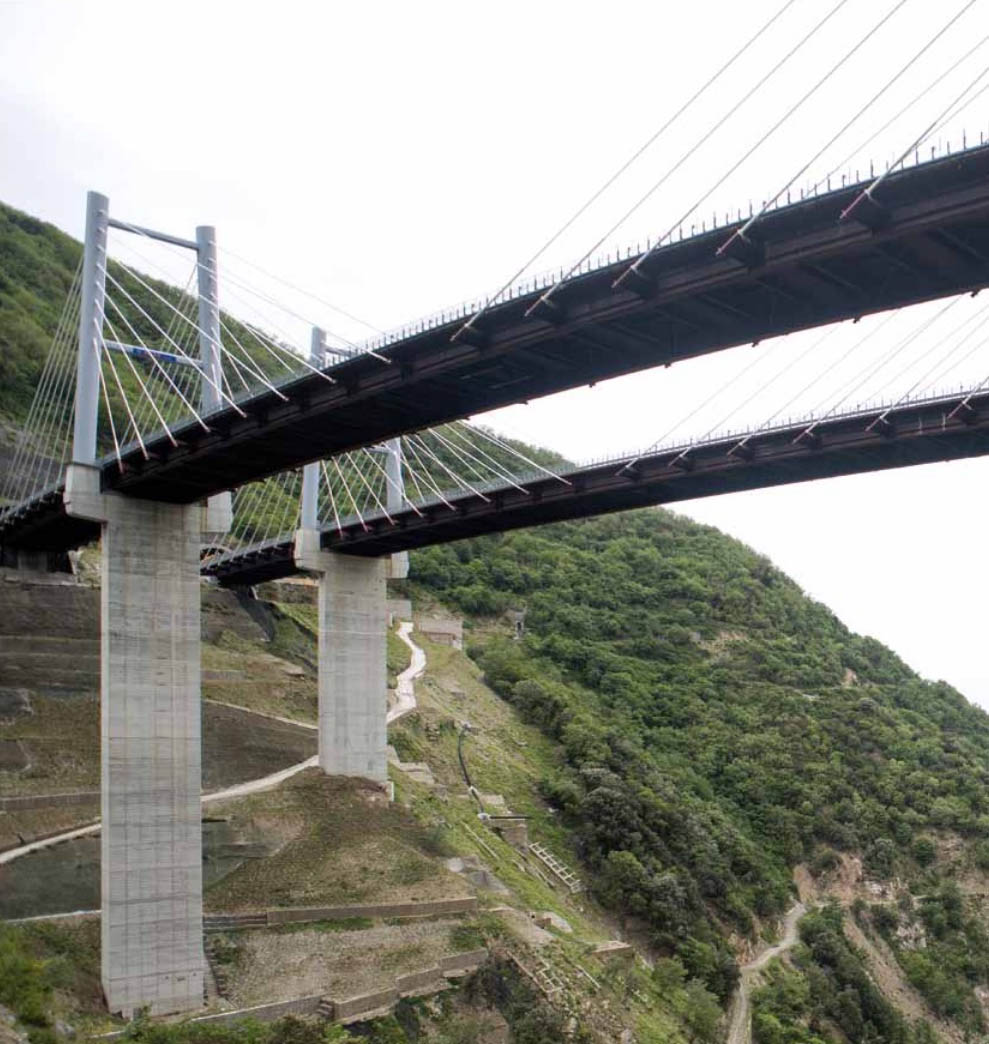 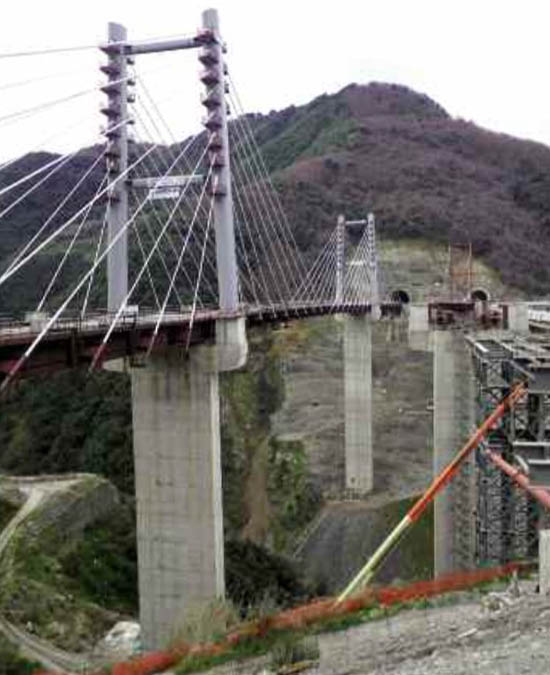 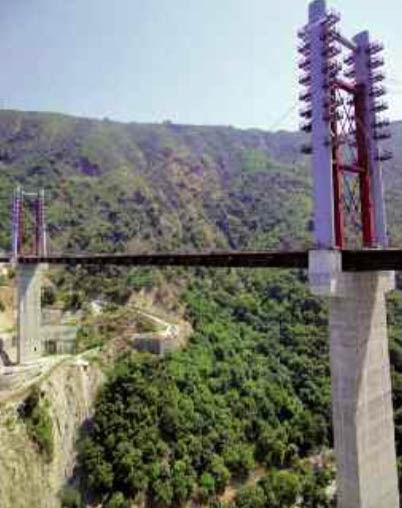 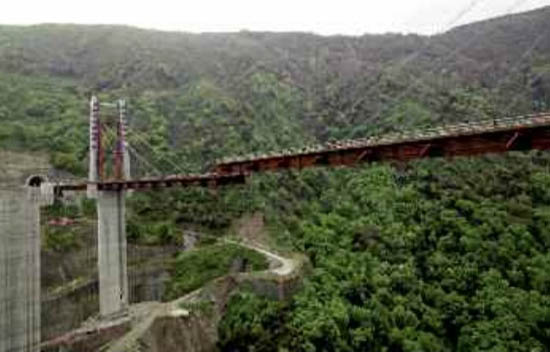 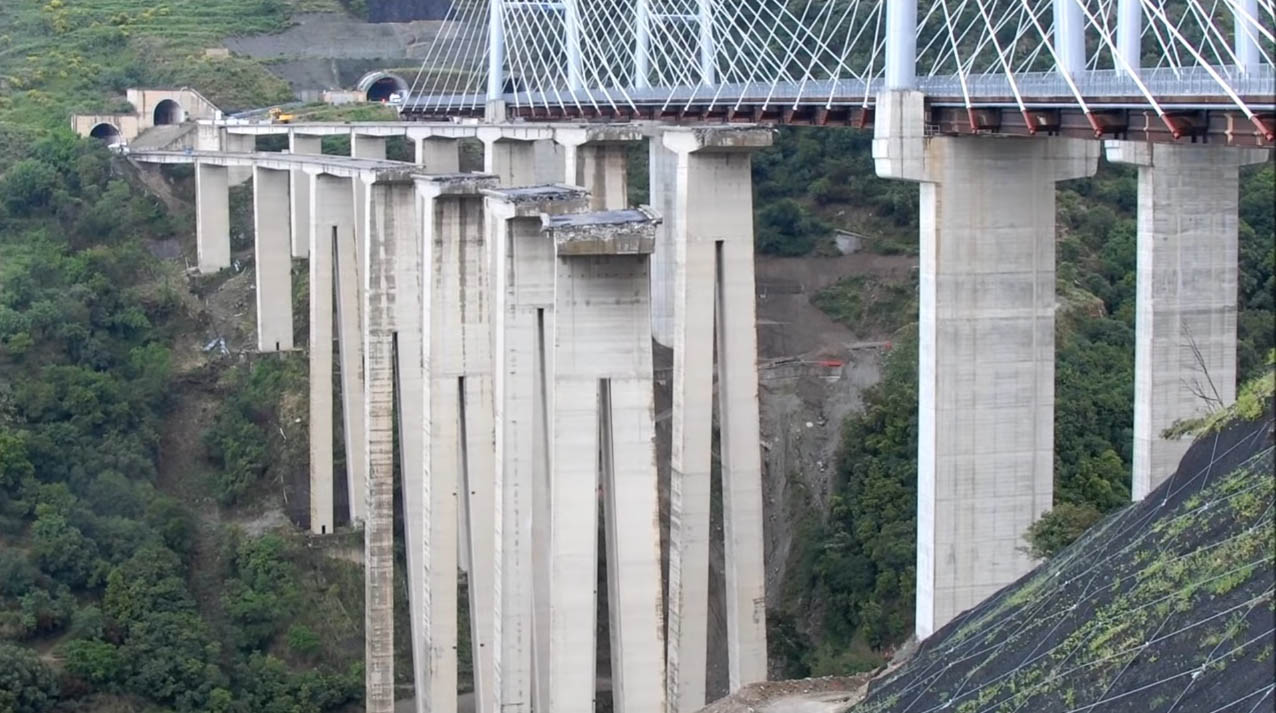 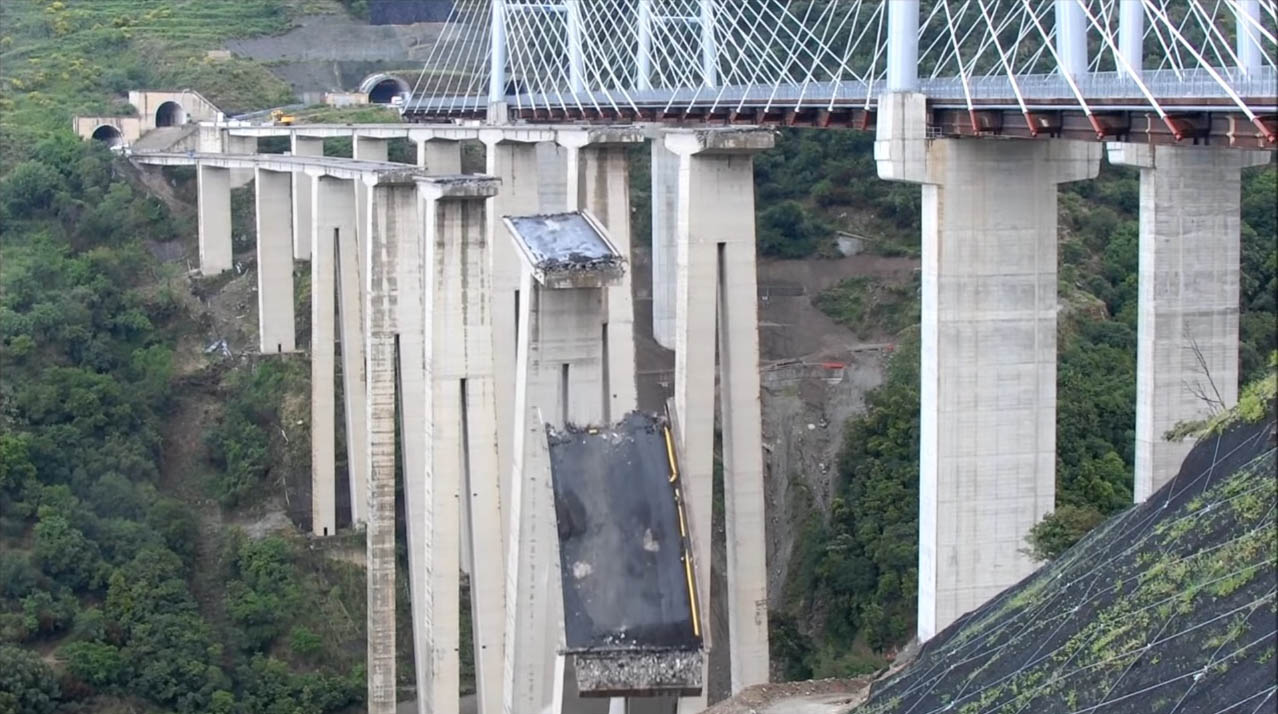 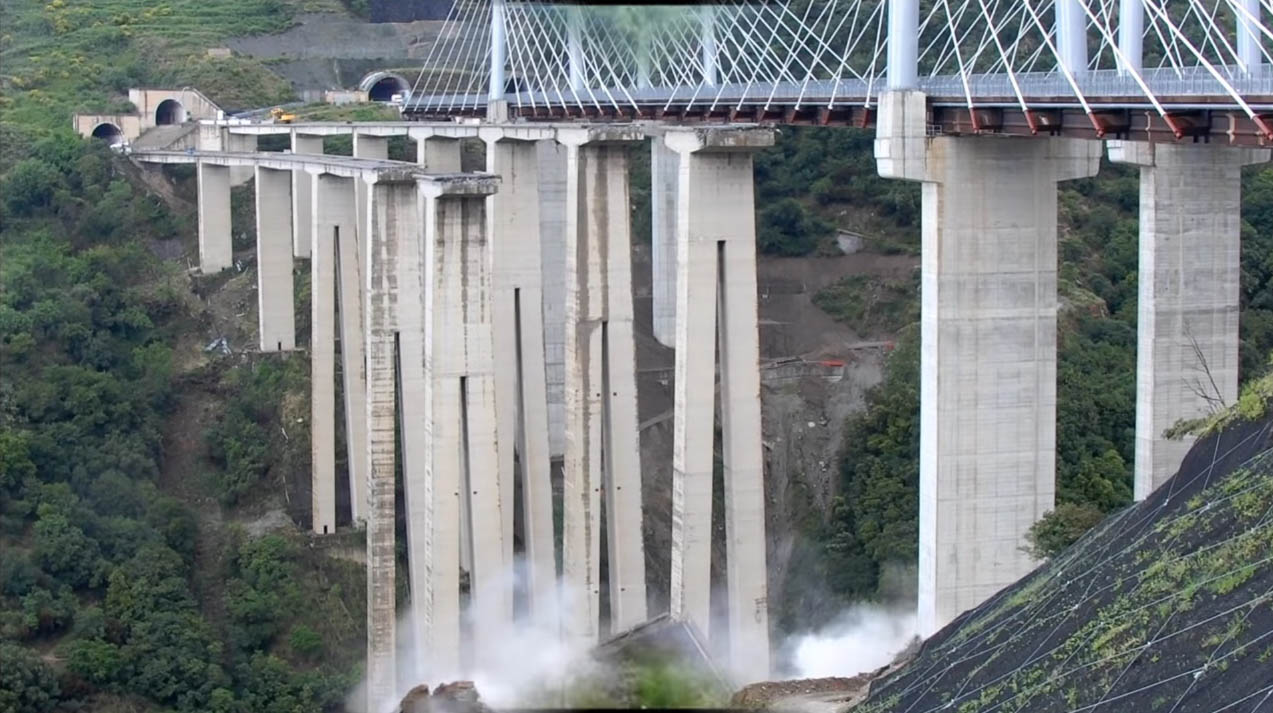 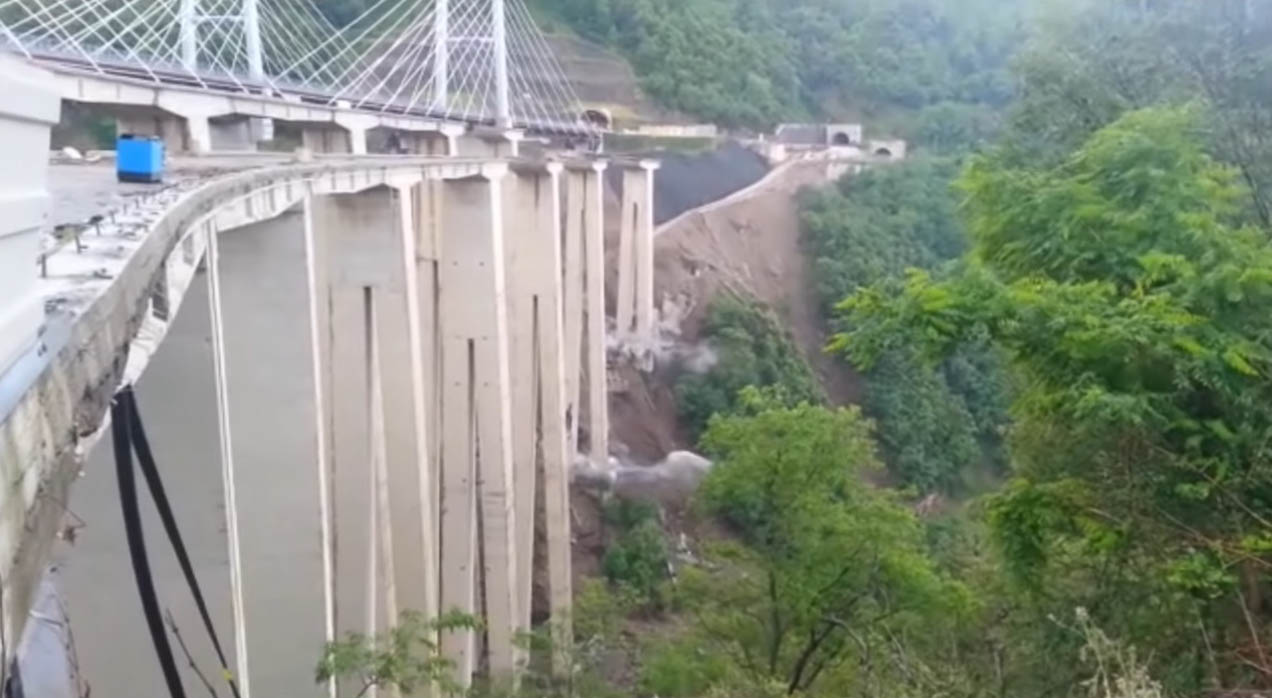 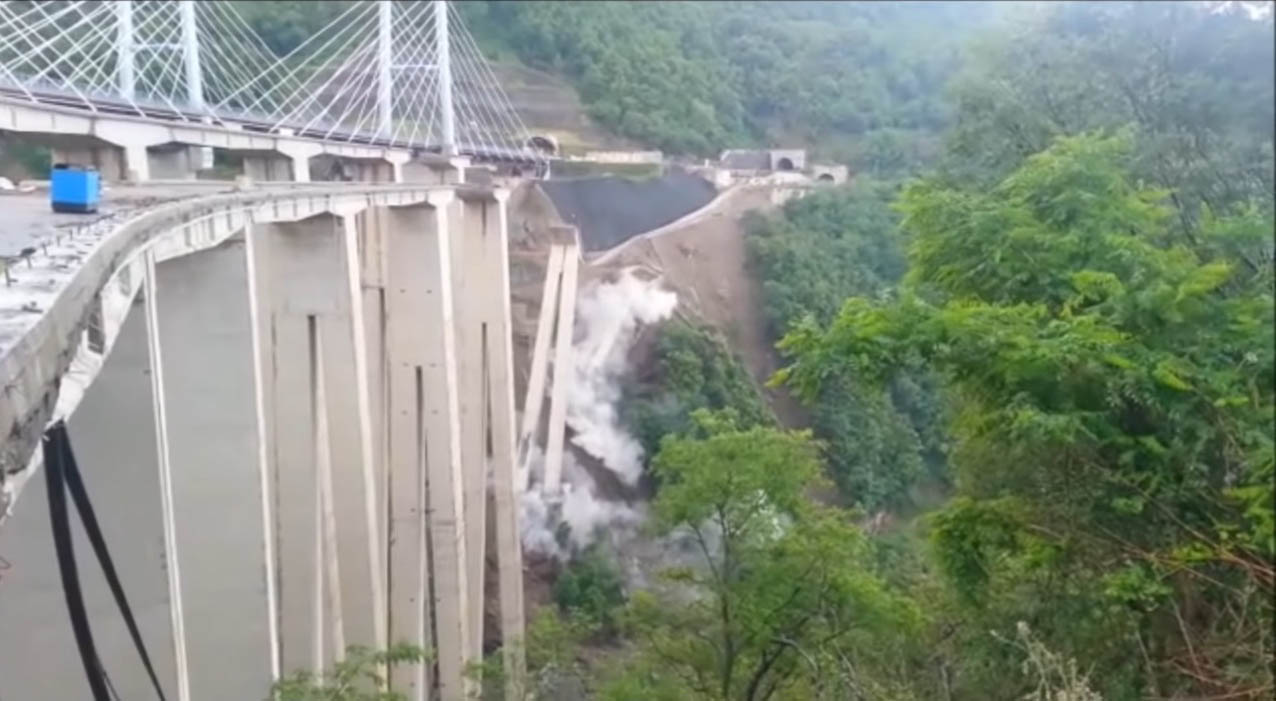 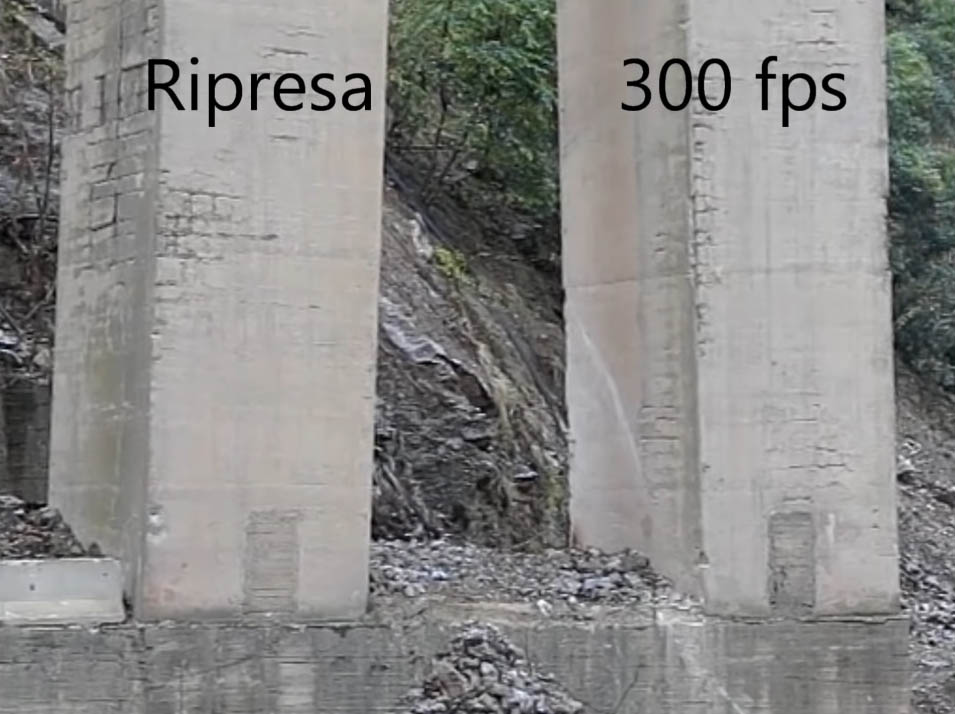 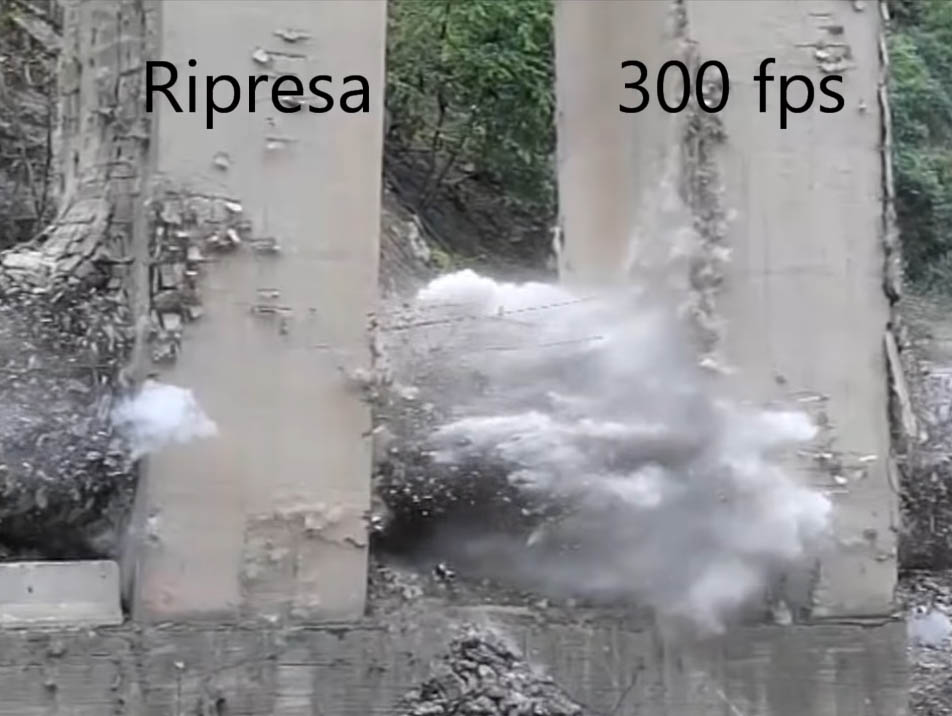 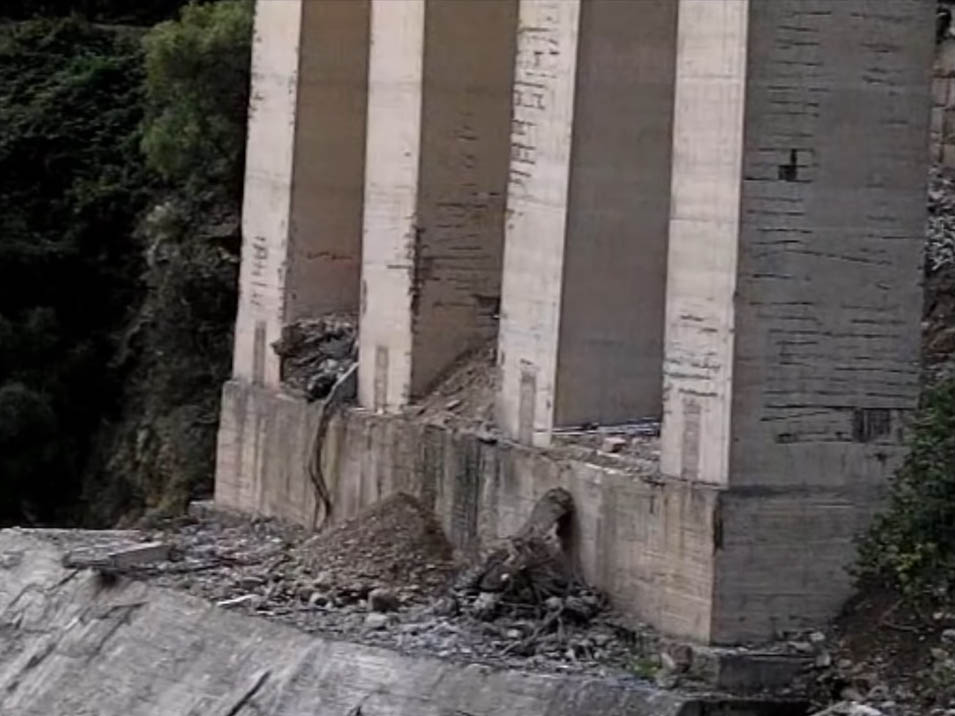 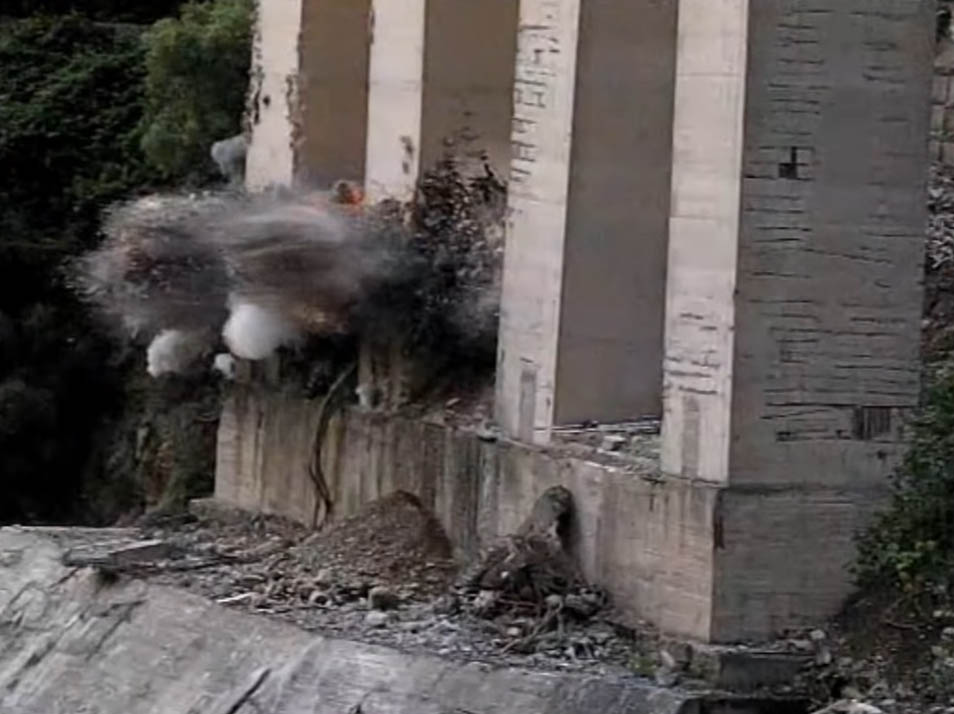 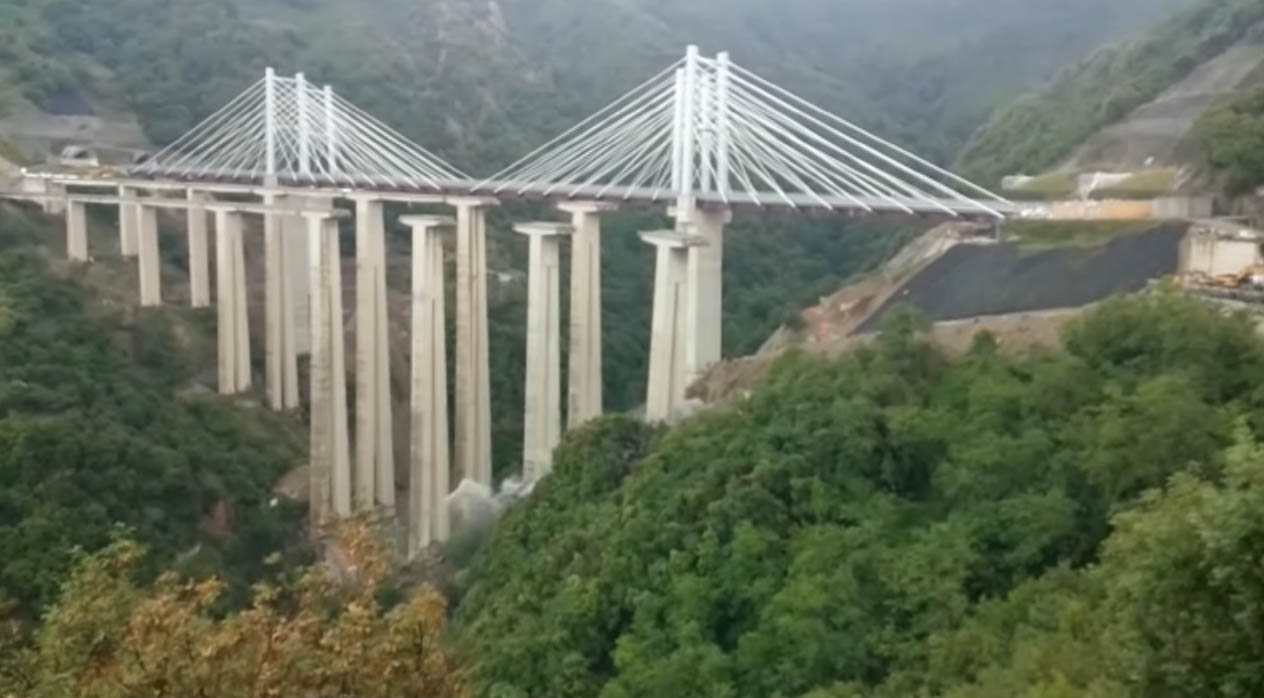 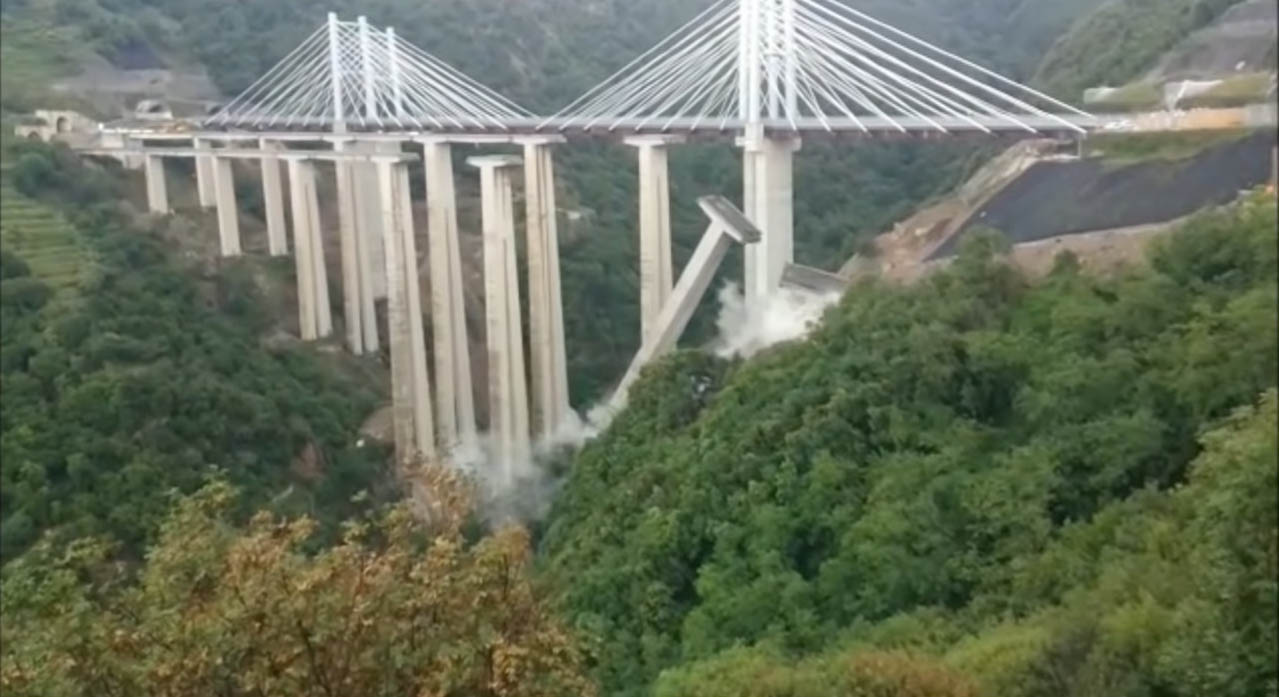 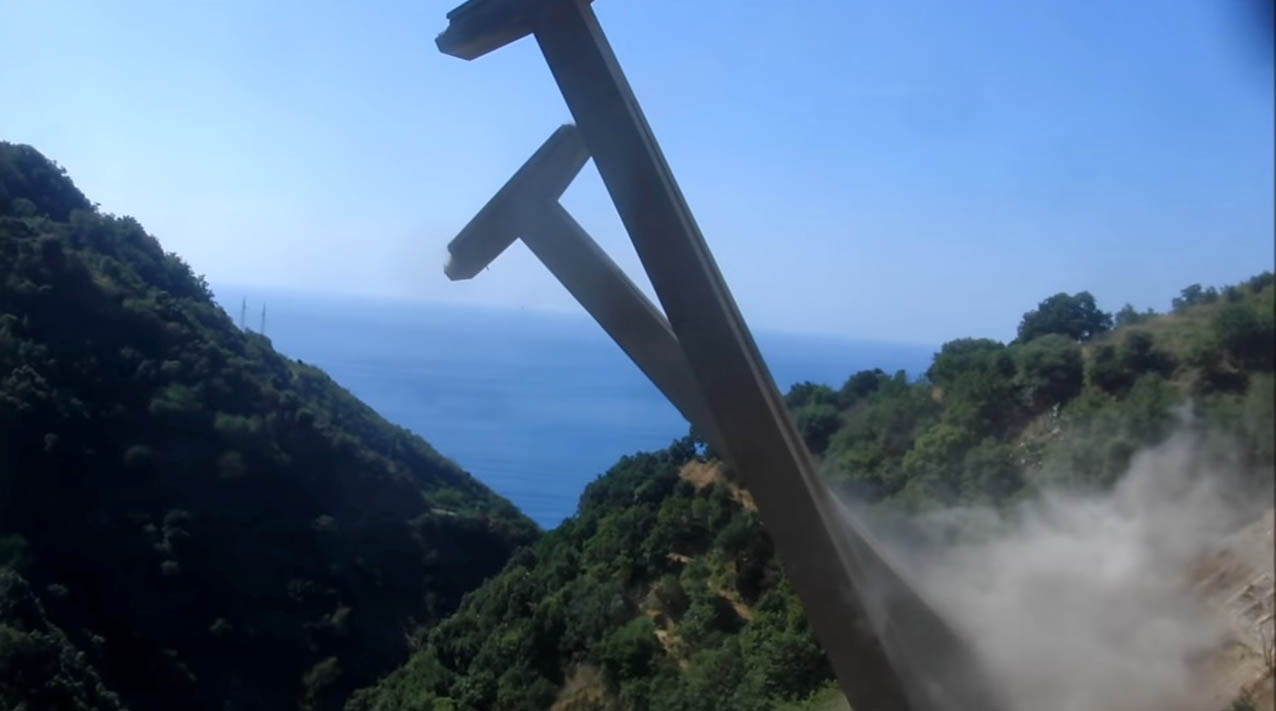 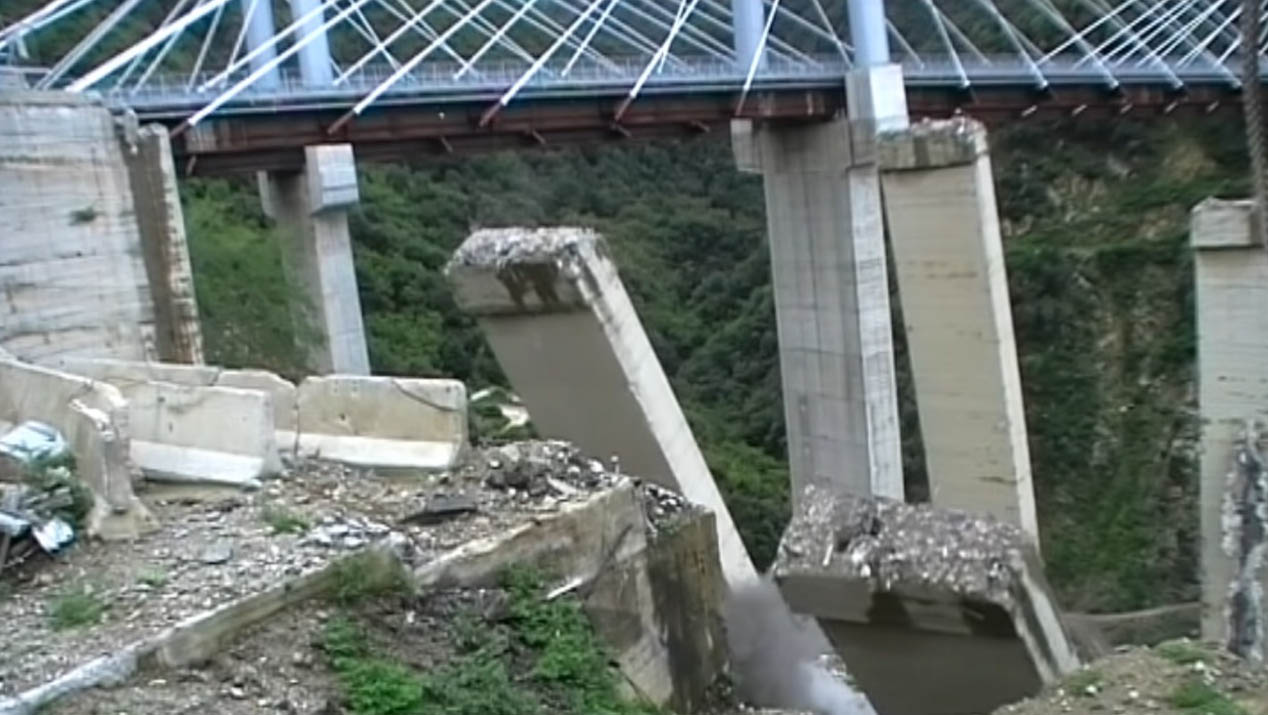 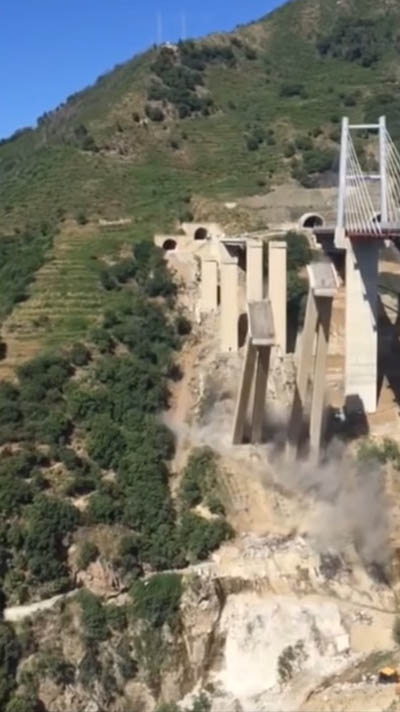 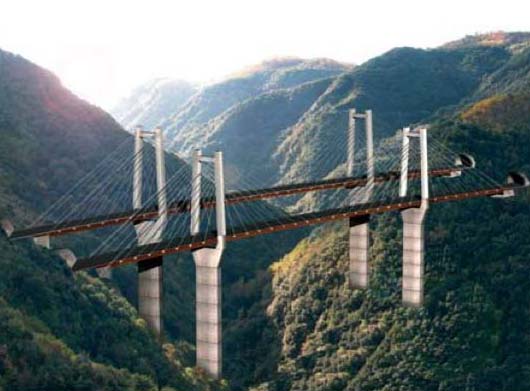 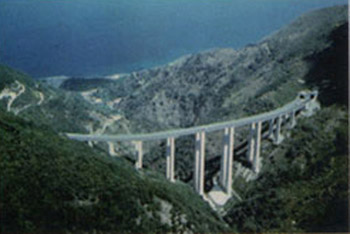 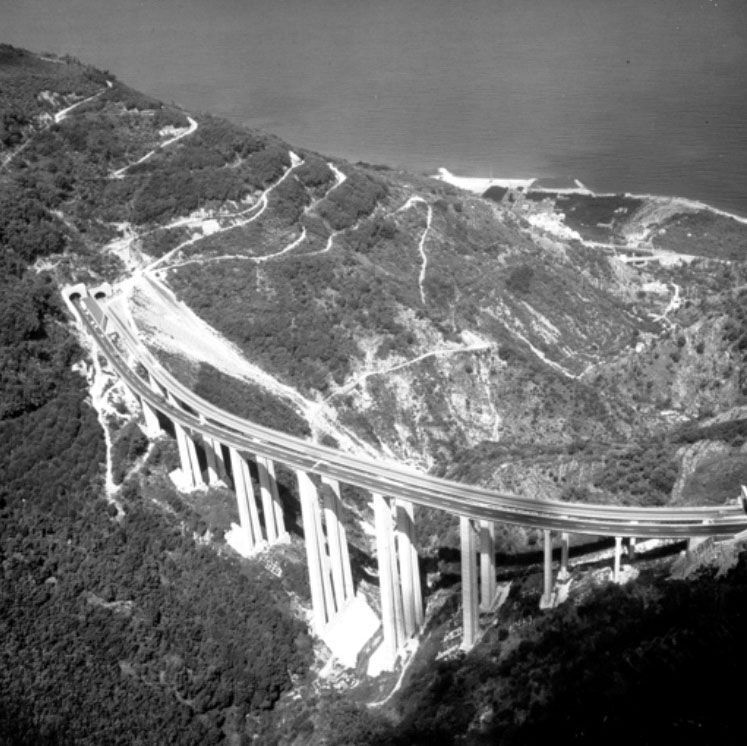 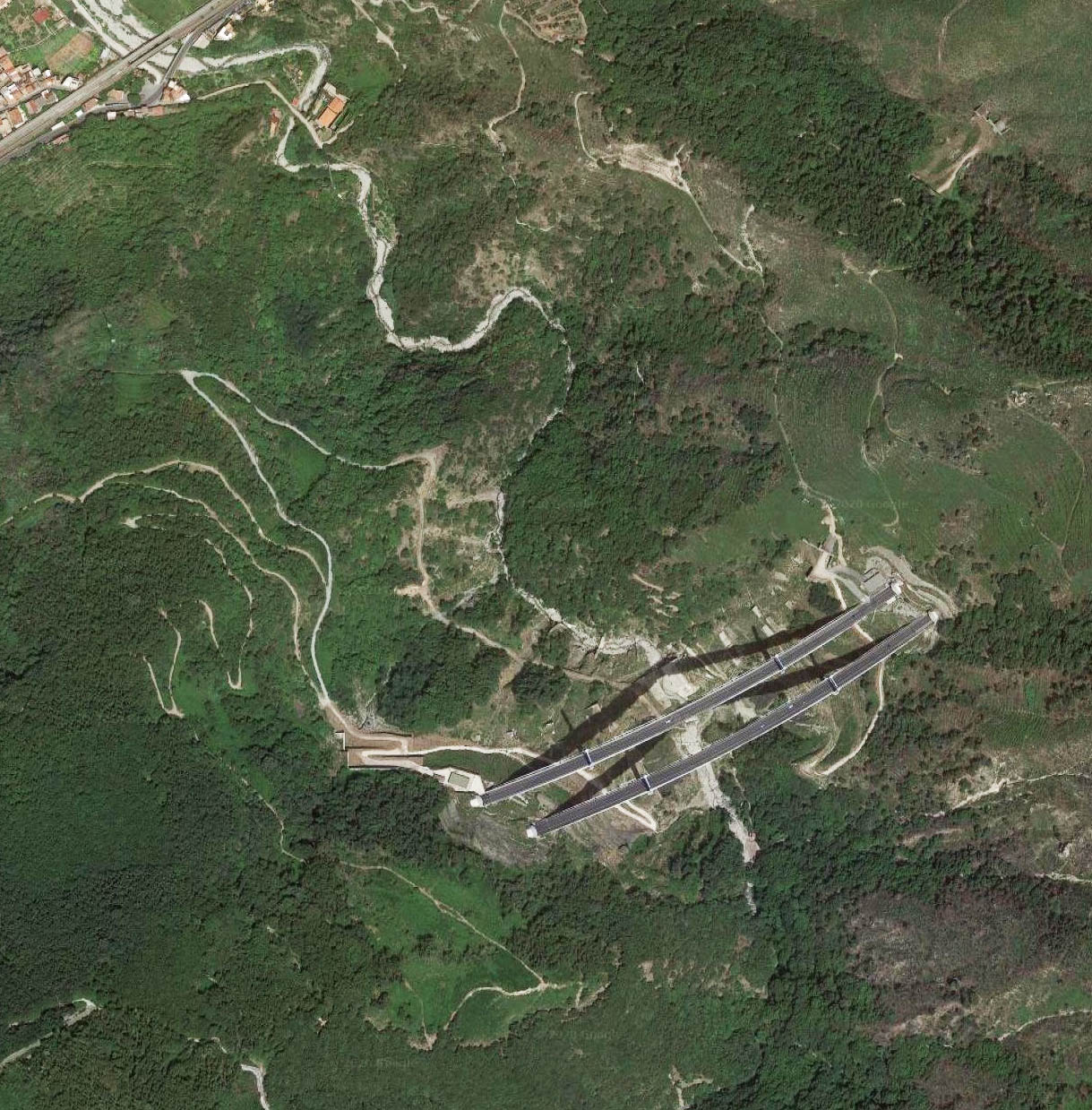 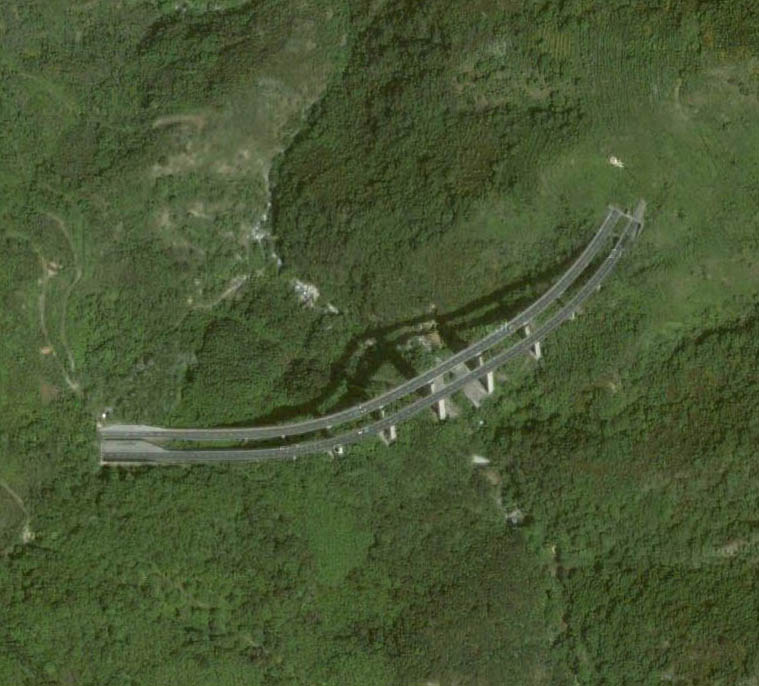 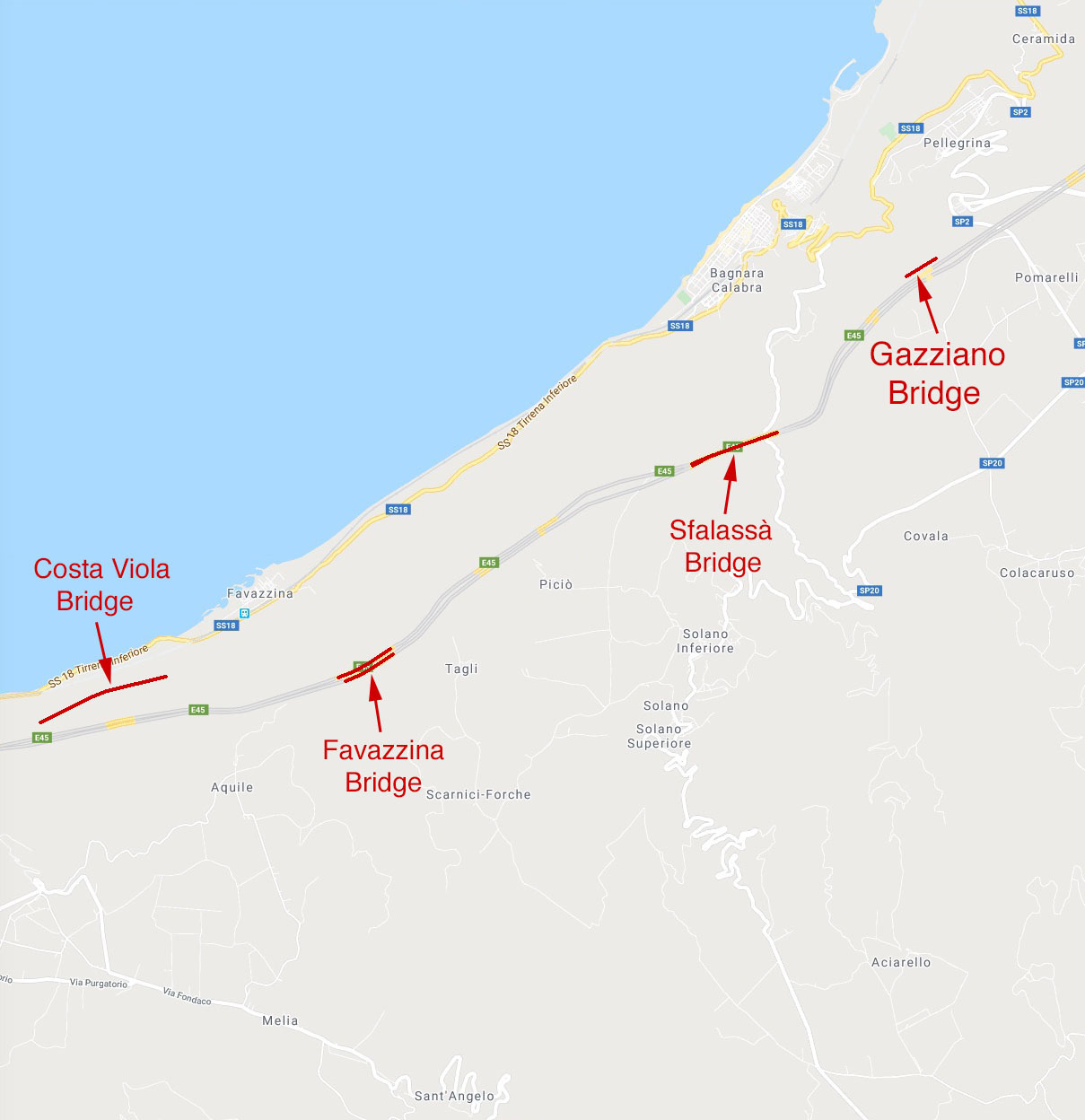