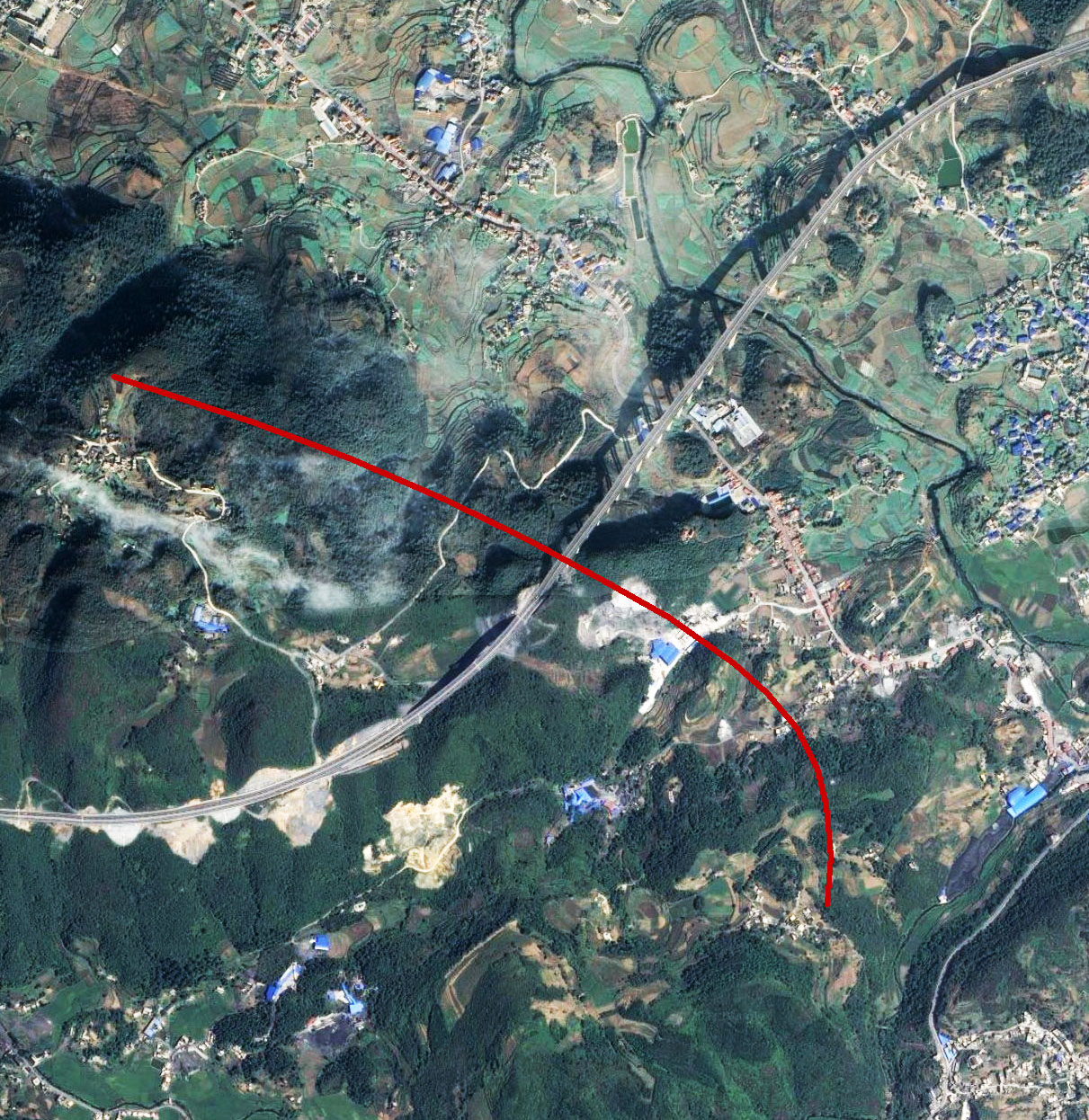 Dujiashan Bridge is one of the highest simple span beam bridges in China. The long, 6-lane viaduct has 53 spans of 40 meters and crosses over the G56 Jinsha expressway bridge in the Western part of Jinsha City.

The Guiyang to Gulin Expressway has many other high crossings including spectacular suspension and cable stayed bridges more than 300 meters high over the Wu and Chishui Rivers. 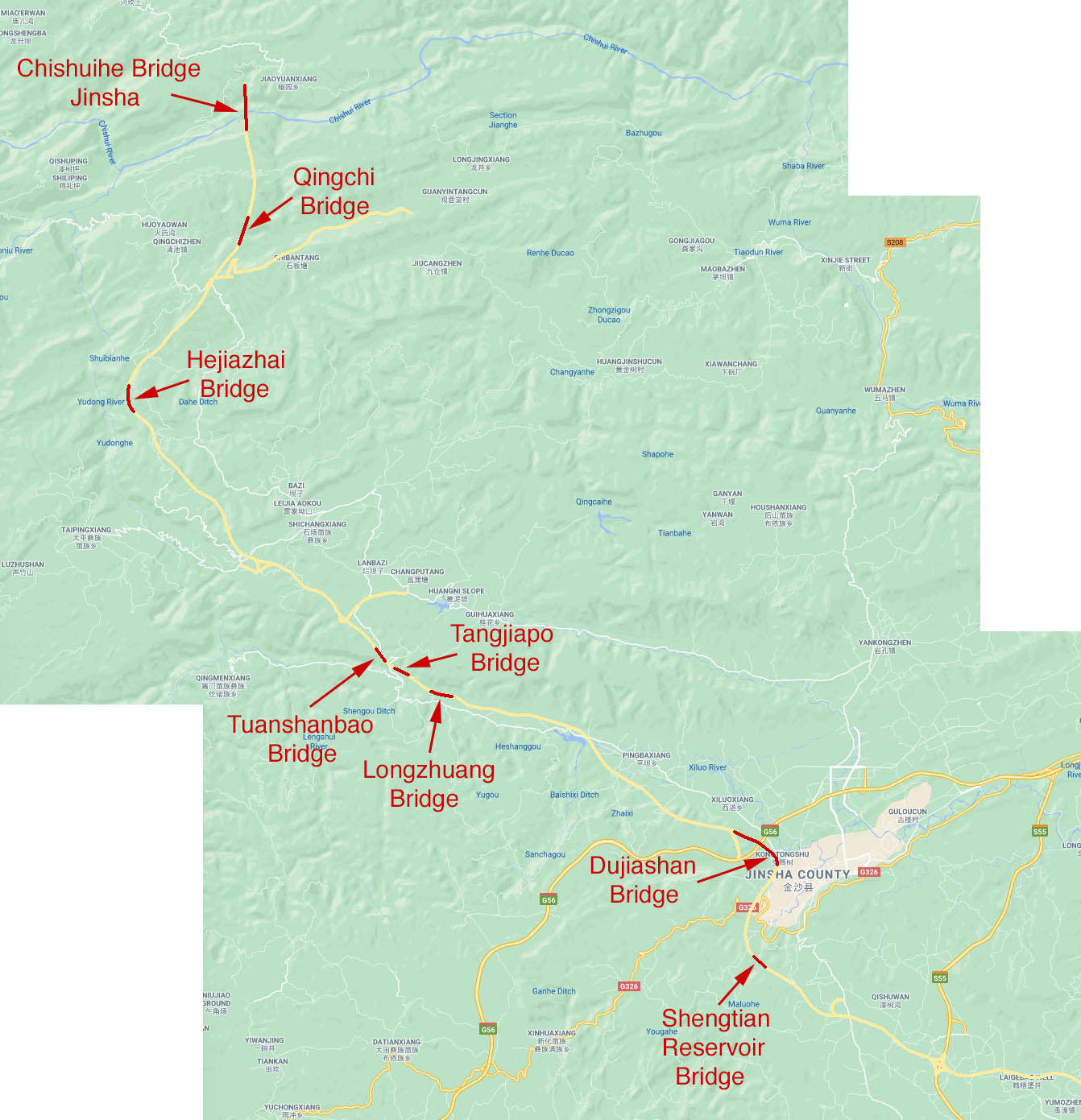 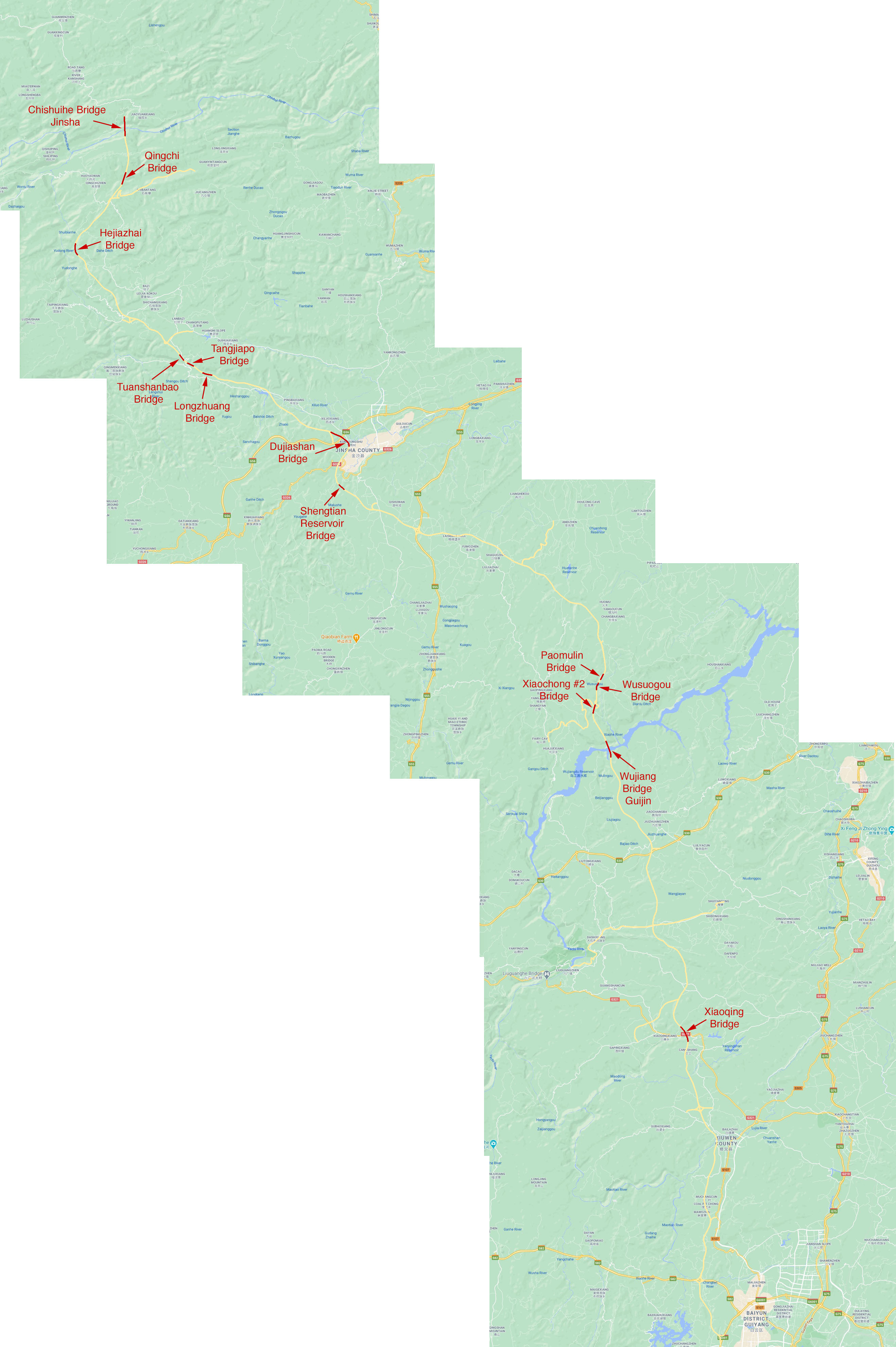