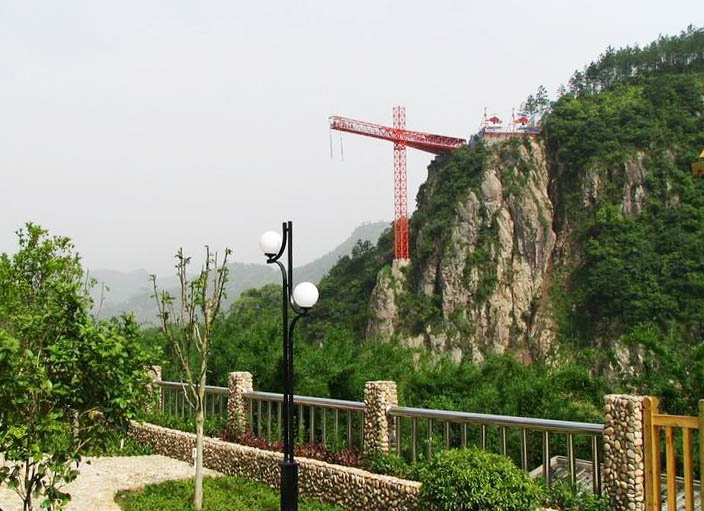 Located just one hour from the city of Fuzhou off the S35 expressway, the Dahangxi Bungee Platform is not only the highest cliff bungee jump in China but also one of the largest. The square trusses of the vertical tower and the jump deck are typical of several other cliff bungee sites in China but at Dahangxi the back end of the horizontal truss widens out with multiple trusses connecting to the canyon rim to assure the entire structure will never move.

There are many other activities along the river including rock climbing, boating, rafting and horseback riding. 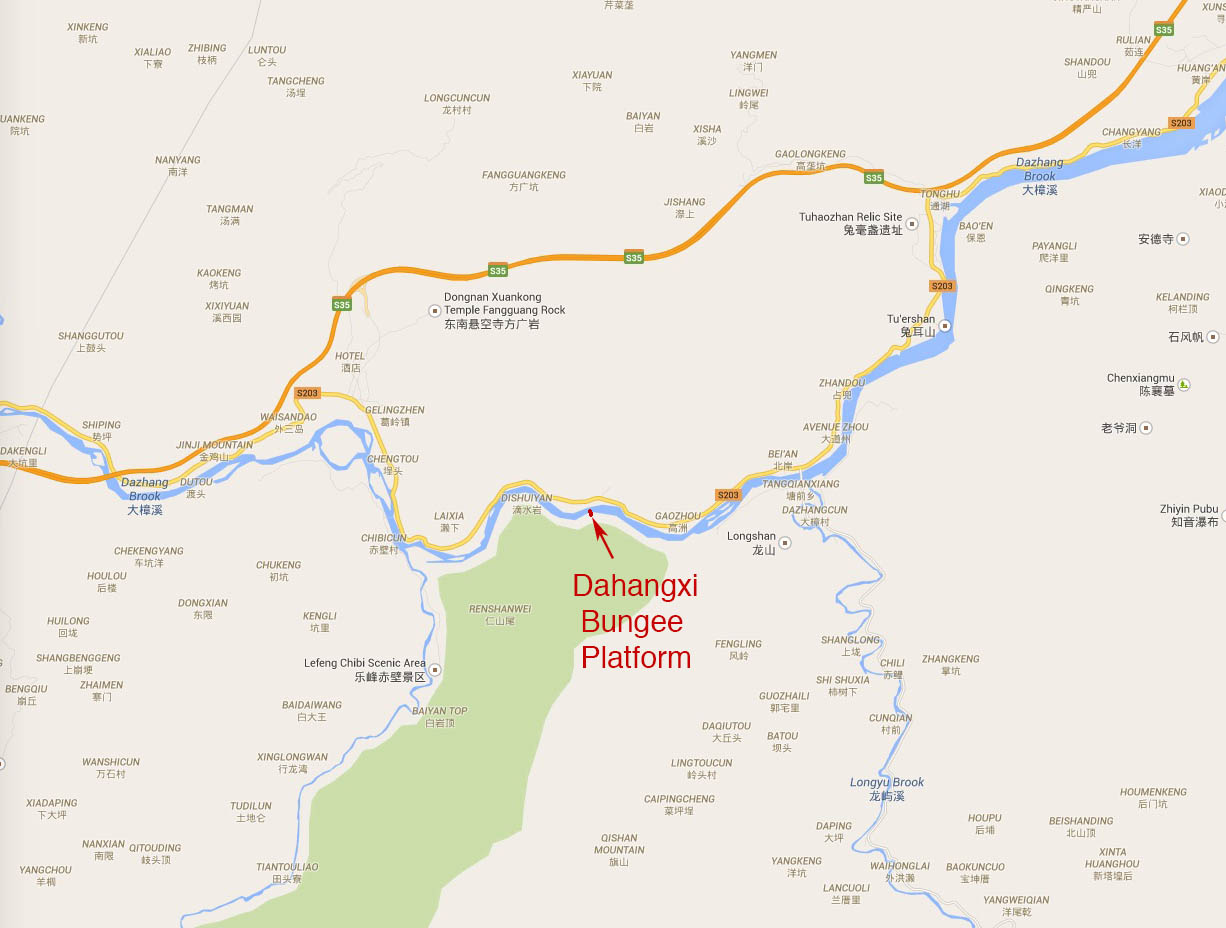 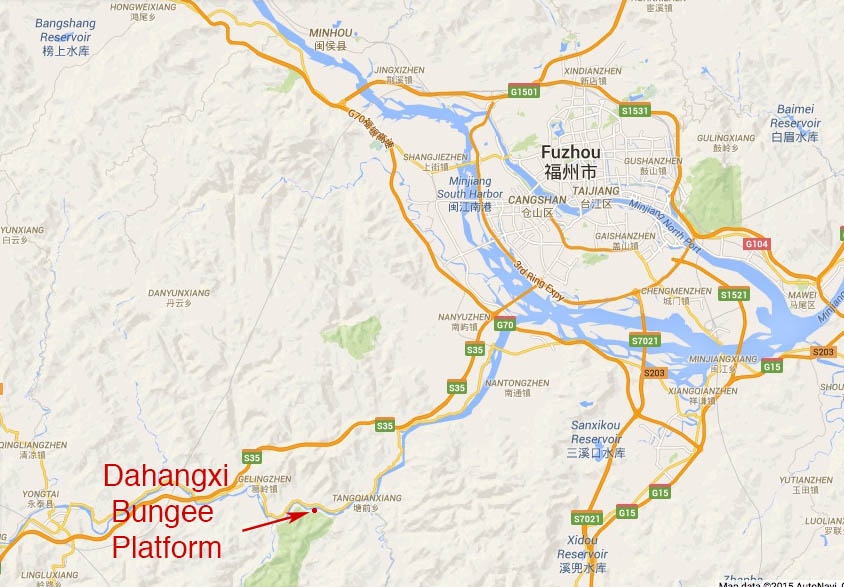