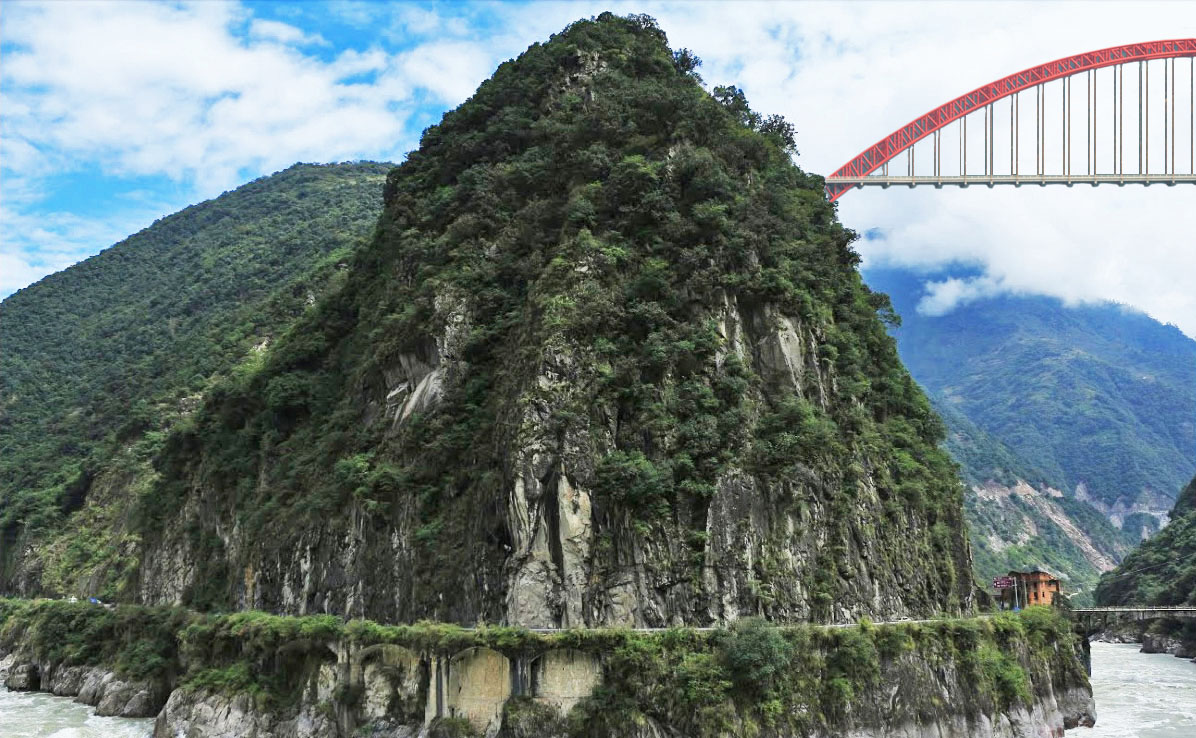 With a central span of 466 meters, the Daduhe Bridge at Tianwan is one of the 10 longest span arch bridges in the world. The 4-lane crossing is the most spectacular structure on the Luding to Shimian expressway that was built to accommodate the lake formed behind the massive 210 meter tall Dagangshan Dam. Located just a kilometer upstream of the Tianwan arch are 2 large beam bridges that cross over tributaries of the Dadu River at approximately the same height of 185 meters.

The main arch was constructed using the stayed cantilever method whereby a tower is erected on either side of the gorge and cables temporarily radiate out from it to support individual sections of the arch until the two halves can be joined in the middle. A cable high line between the tops of the two towers was used to move the steel sections into place high above the river. Like all of Chinese CFST arches, once the arch was closed, concrete was pumped into the 8 main ribs of the arch span, stiffening and strengthening the entire structure. 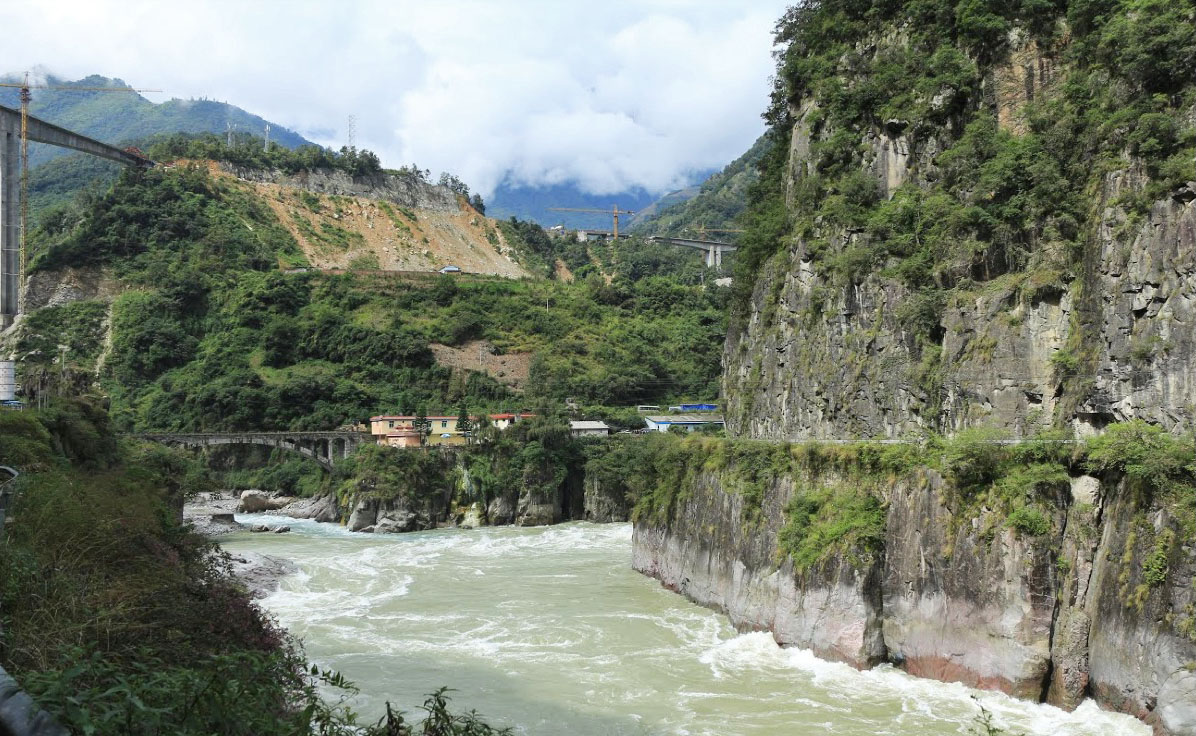 An upstream view looking west where the Dadu River makes a sharp 90 degree bend at the town of Lianghekou. Two more large beam bridges can be seen under construction in the background. This entire scene is now deep under the lake created by the Dagangshan Dam. 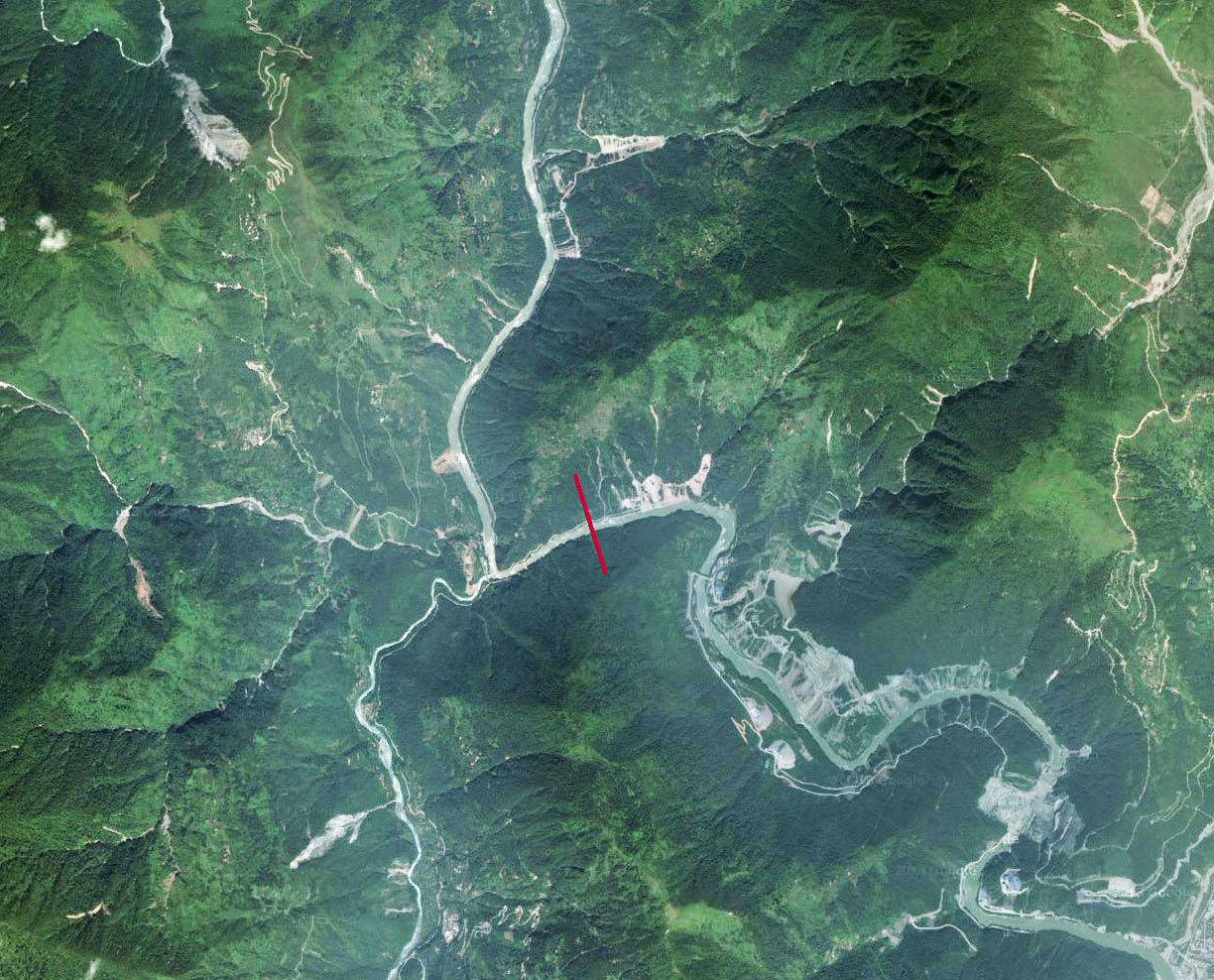 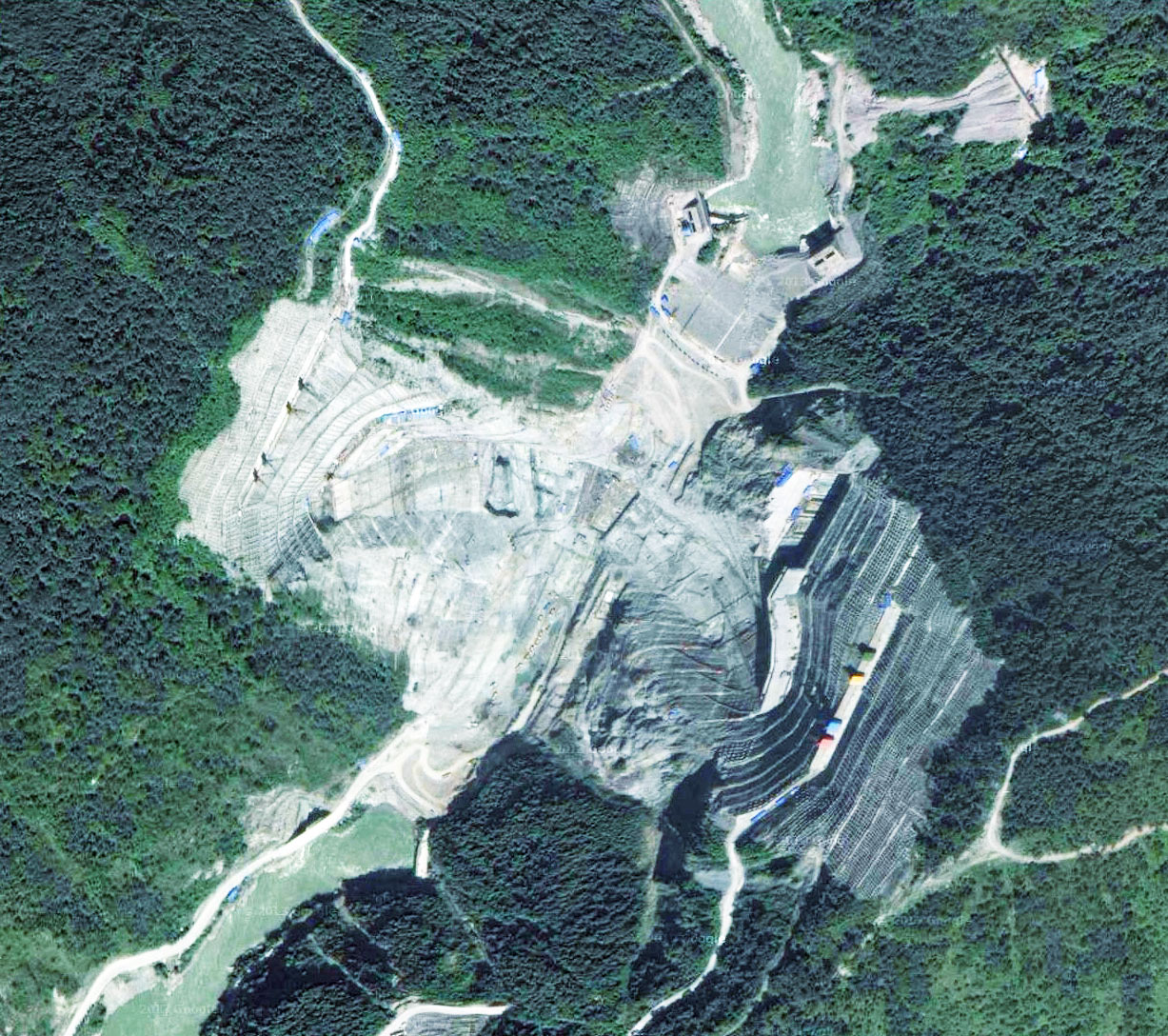 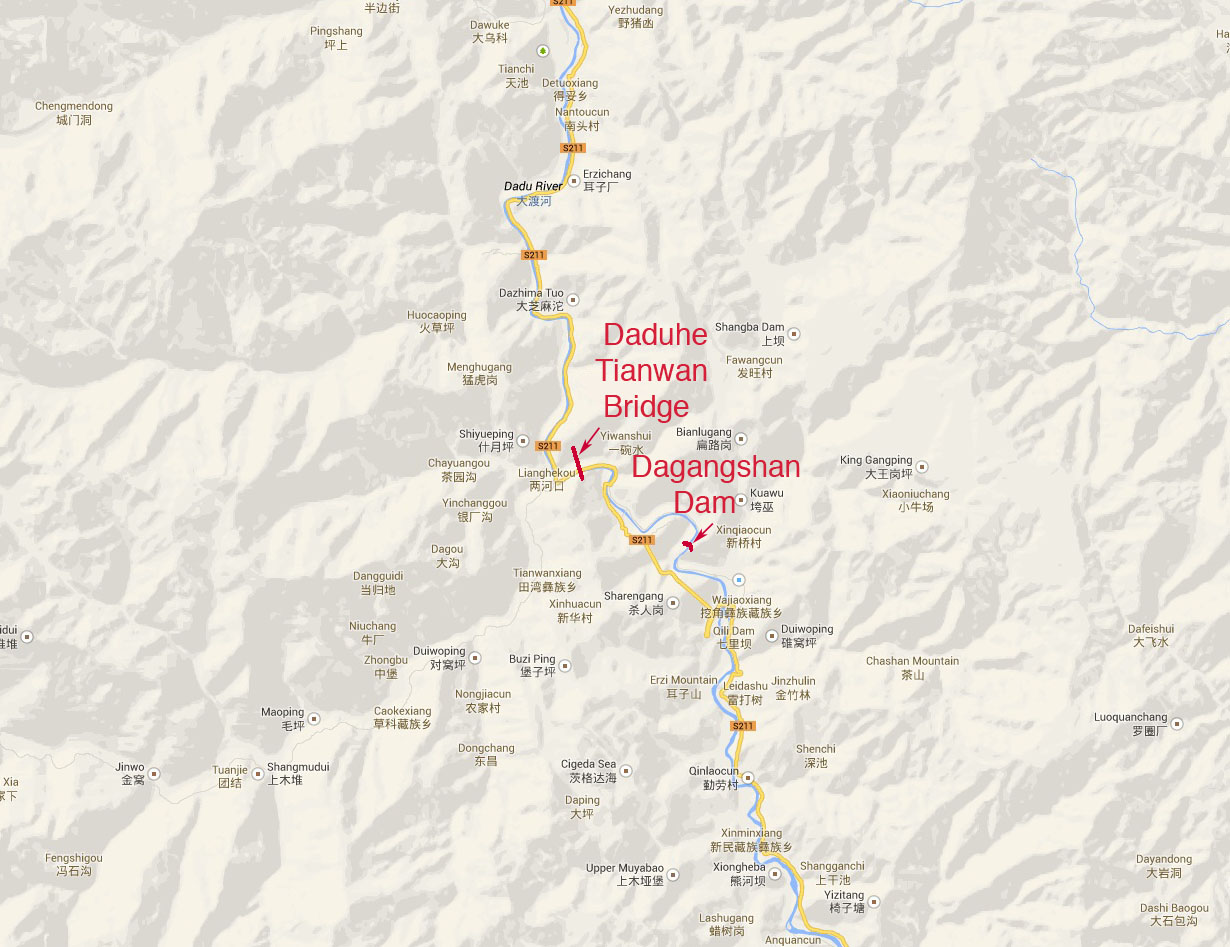 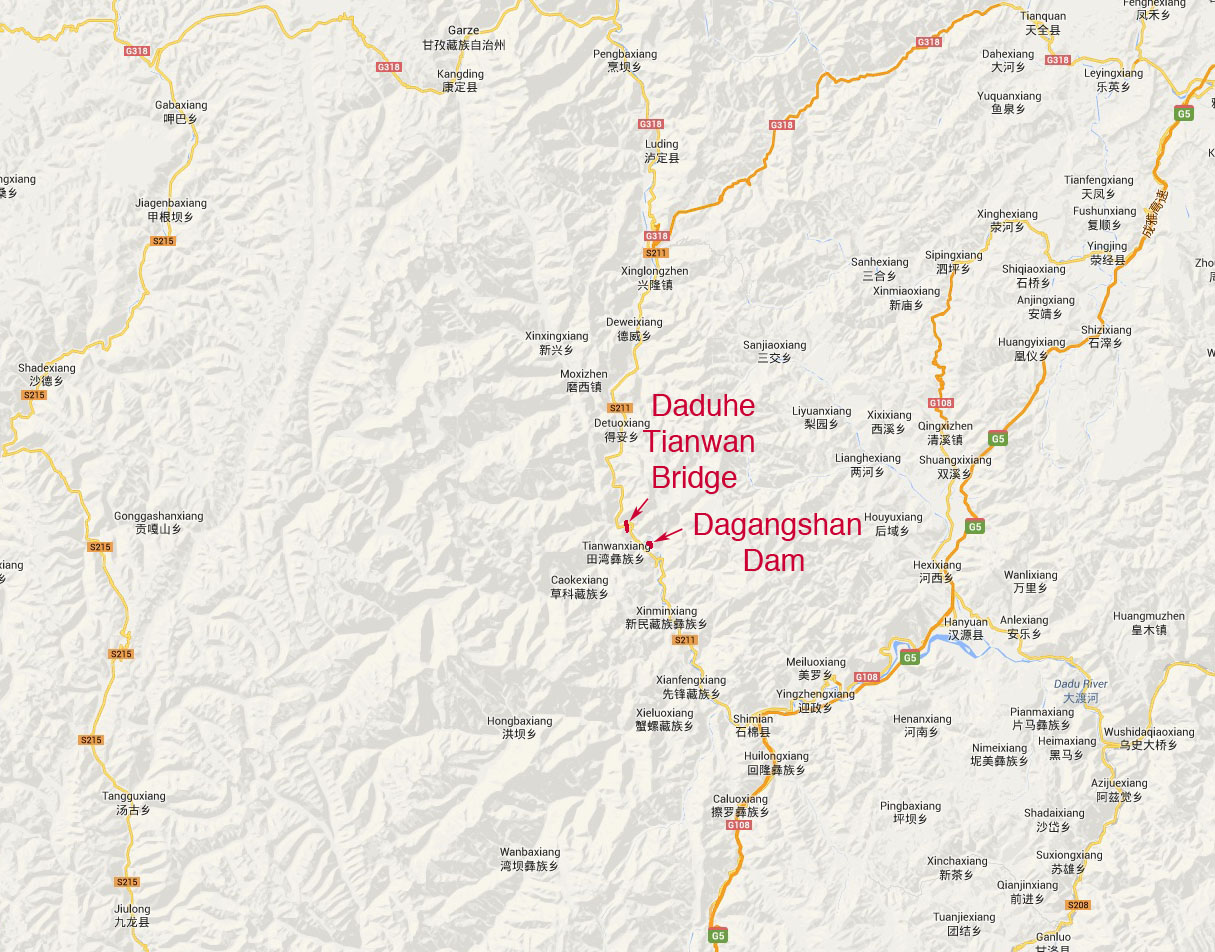