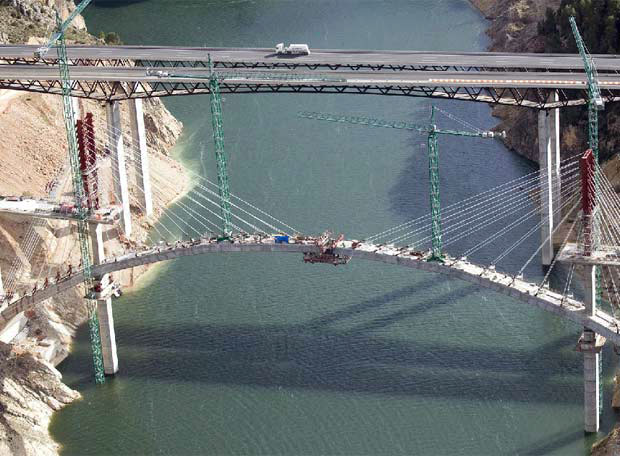 Similar in size and height to the Puente Garcia Ojeda / Sil River crossing near Ponferrada, Spain, the A3 Cabriel River highway bridge across the Contreras reservoir is a rare type of Warren deck truss. Even more unusual was the method of construction. Instead of building the span incrementally out over the gorge, the entire truss was built in two halves on falsework at the edges of the canyon. The trusses were then moved along the ground until the front half was hanging over the gorge and the back half was still on level ground causing each side of the span to temporarily become a cantilever bridge. The ends of the truss were then tilted down to the pier caps. Each truss section was then pushed over the tops of the piers until the two halves could be joined 328 feet (100 mtrs) over the Rio Cabriel.

Right next to the A3 highway bridge is the new Contreras High Speed Rail Line bridge with one of the longest concrete arch spans in Europe at 856 feet (261 mtrs). An excellent short on the entire construction process of this beautiful new arch bridge can be downloaded here: http://us.videos.starmedia.com/video/iLyROoafJSHB.html 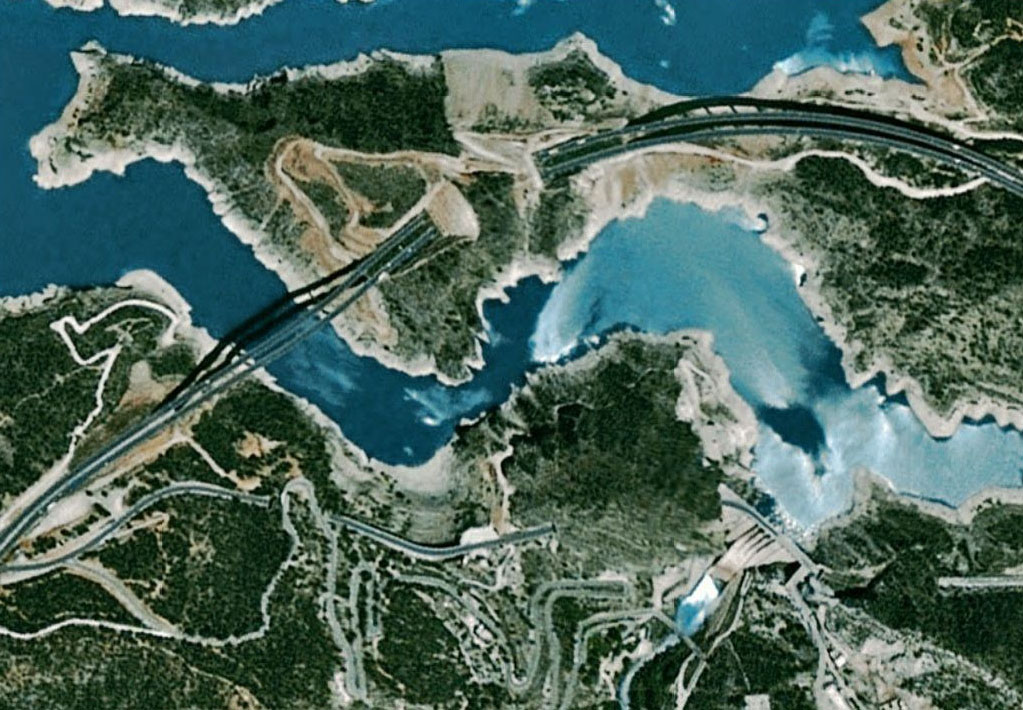