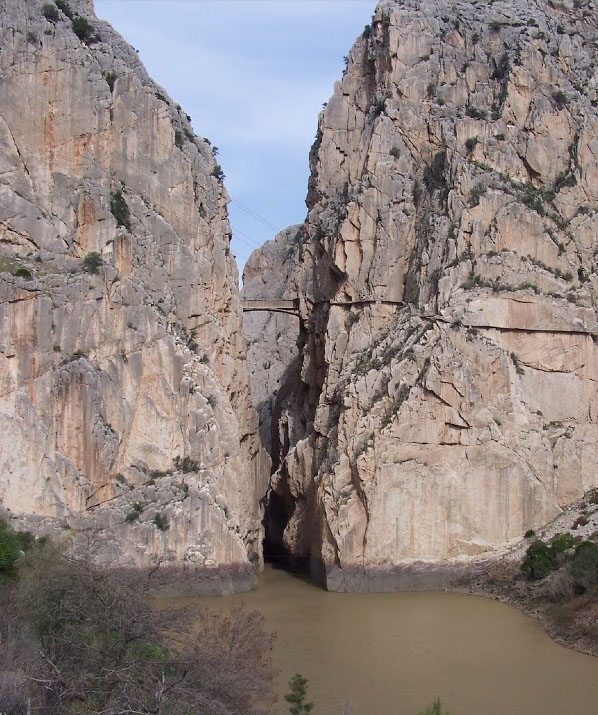 Completed in 1905, the Camino del Rey Cliffwalk was one of the most spectacular and scary hiking paths in Europe. Known in Spain as El Caminito Del Rey, the route was originally constructed to allow workers to access a hydroelectric power plant from both sides of the river canyon. The 1 meter wide concrete and steel route had fallen into disrepair with entire sections of concrete missing and was closed to the public around 2000 after several accidents occurred.

The walkway became popular again after internet videos showed a number of brave hikers crossing over the missing gaps by using small footholds along the natural rocks or simply jumping across. The video below was especially popular showing the precarious and dangerous condition the path was in before it was rehabilitated.

The original design consists of horizontal steel beams that were cemented into holes drilled into the side of the cliff rock. Each of the horizontal beams is supported underneath by another steel beam angled at approximately 45 degrees. Steel pipe was used for the railing.

The entire walkway route was rehabilitated for several million dollars and reopened in 2015 with most of the path reconstructed with wood planks instead of concrete for the walking path. For much of the route the new wood planks are about half a meter above the older sections of concrete. New wire handrails were also installed making the entire route easy and safe to navigate by hikers without any climbing skills.

A very high suspension footbridge was built along the route next to the older concrete pipeline arch bridge with a vertical height of approximately 100 meters based on a rock drop of 4.6 seconds. The drop may be slightly higher or lower depending on the current level of the man-made reservoir that fills the bottom of the canyon.

The newly reconstructed Caminito Del Rey pathway can be seen in the video below. 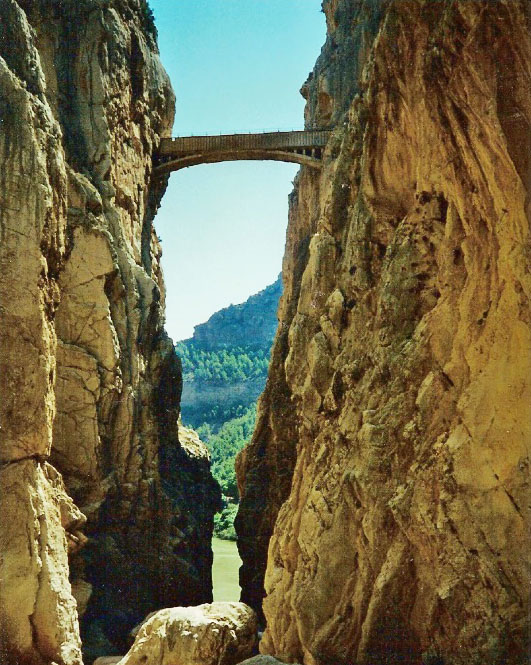 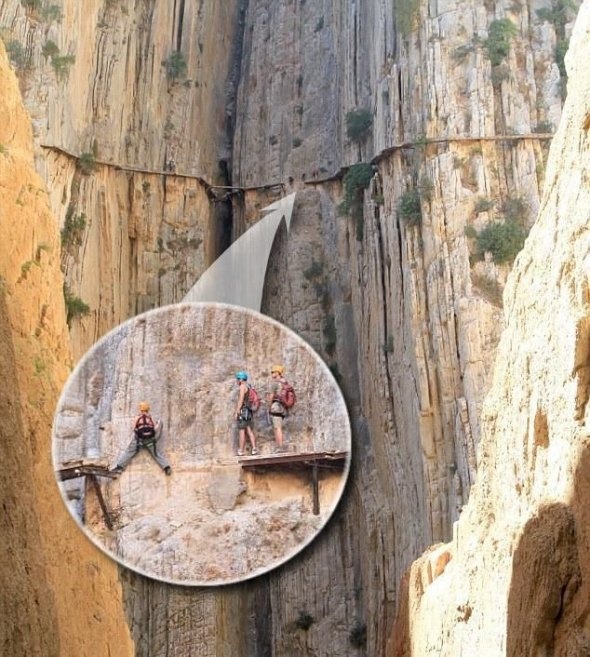 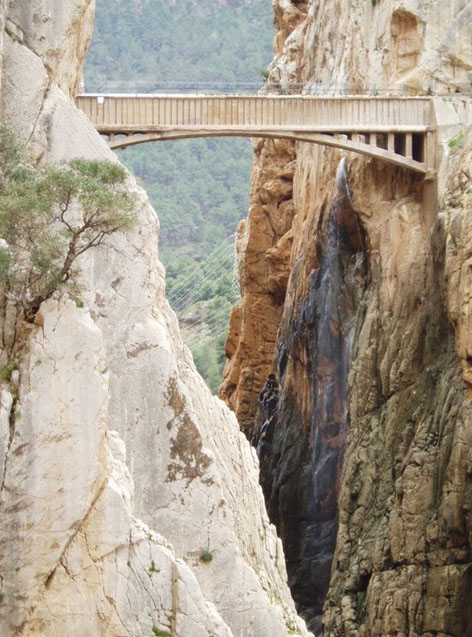 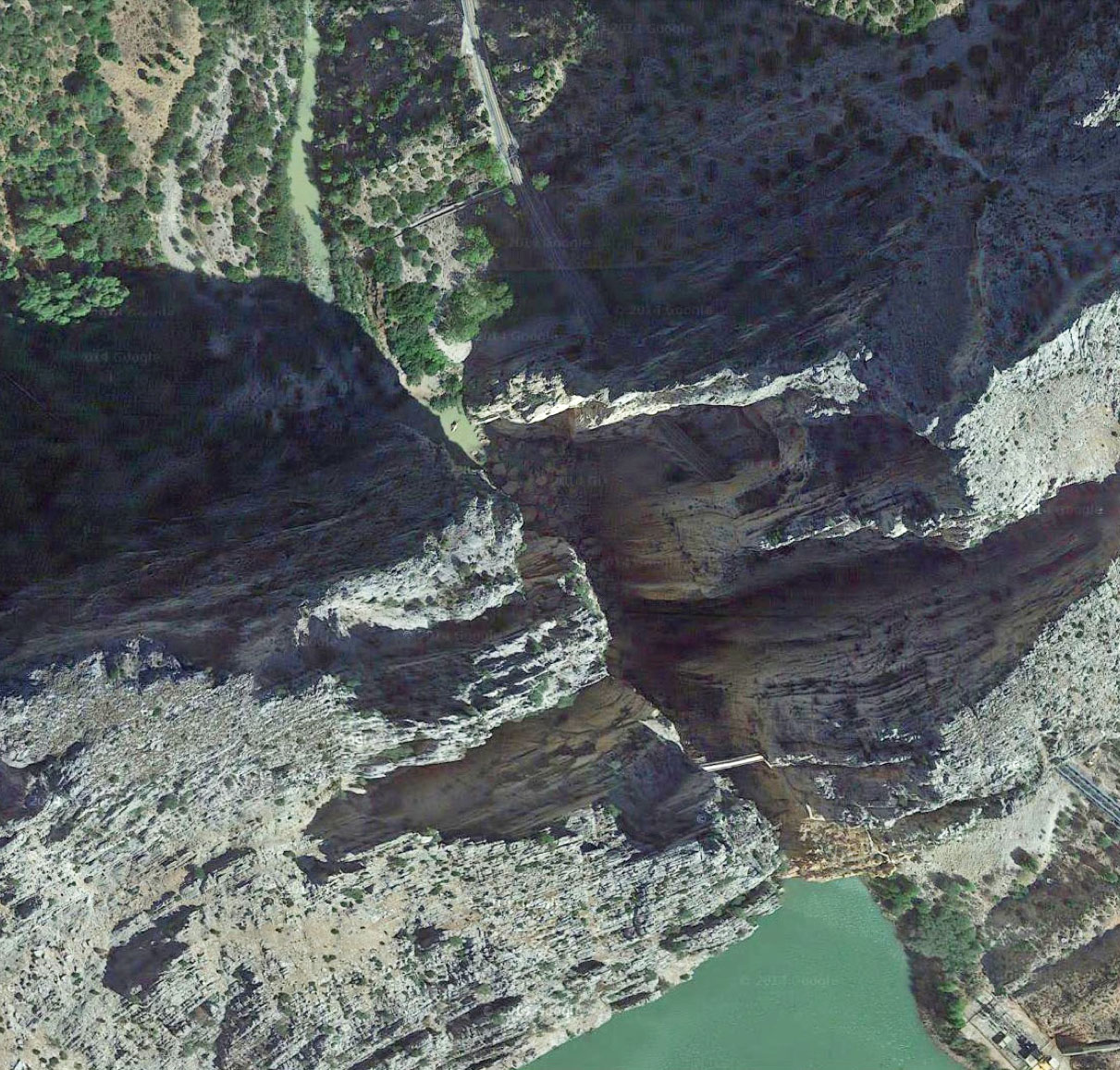 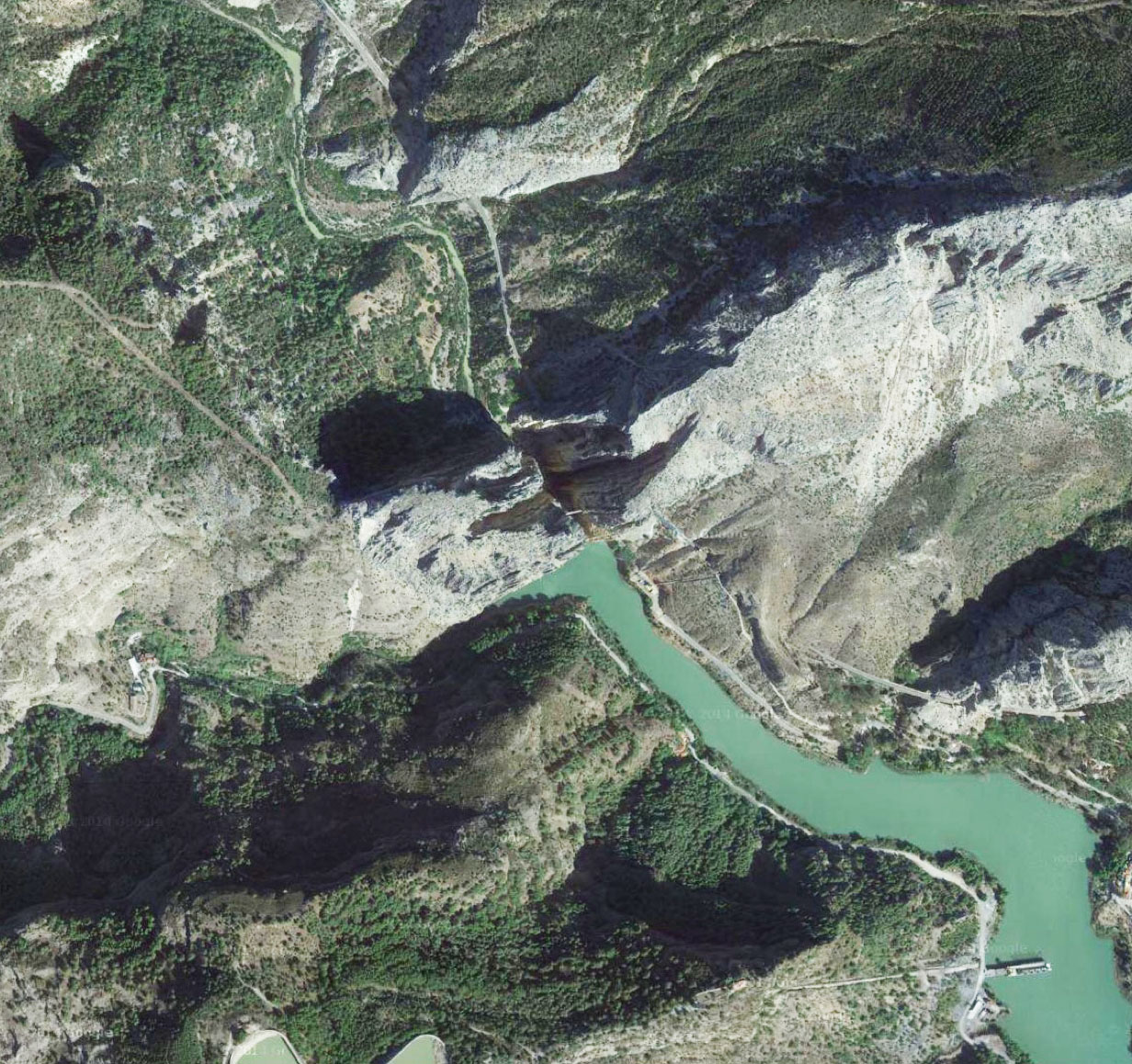 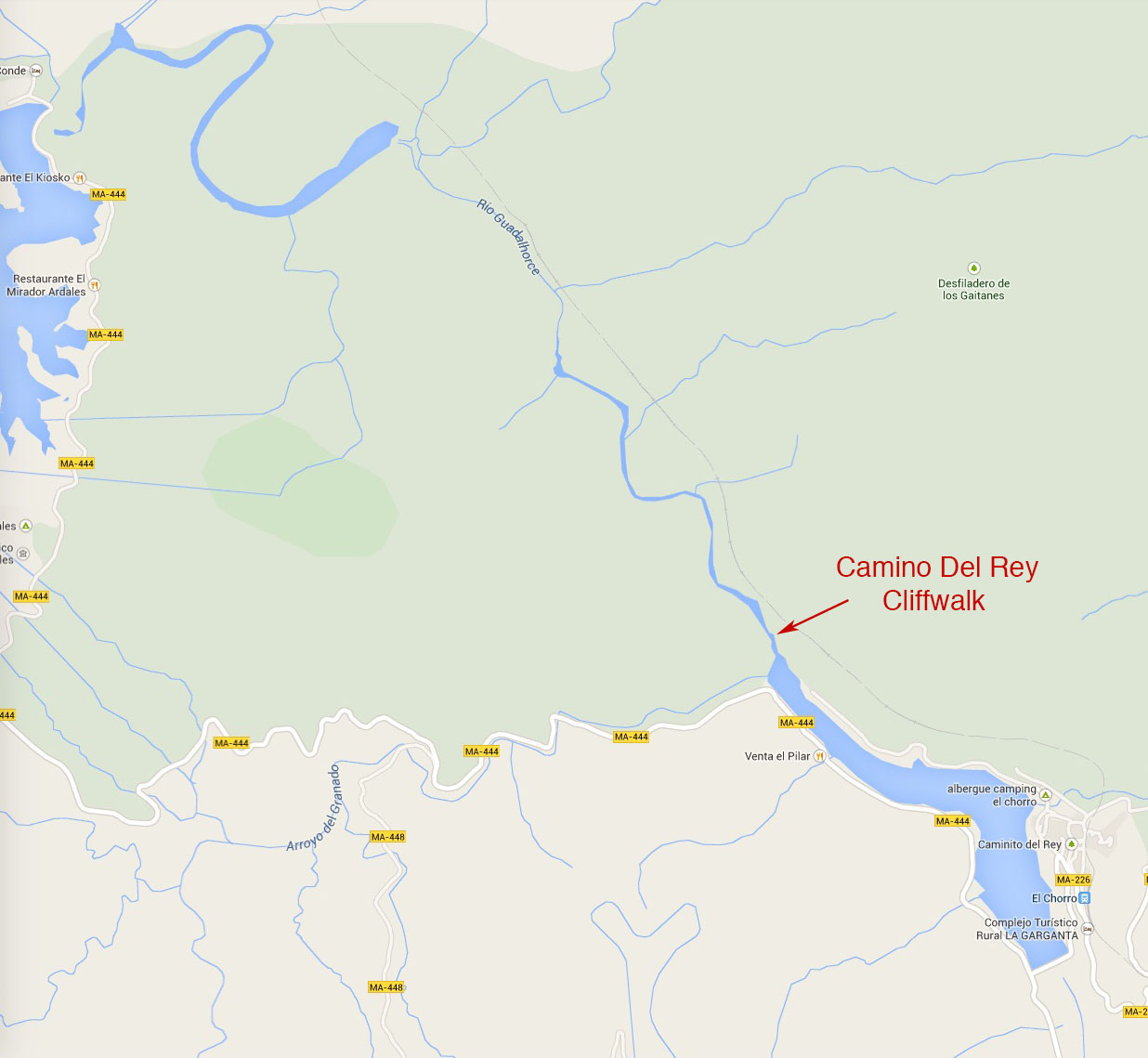 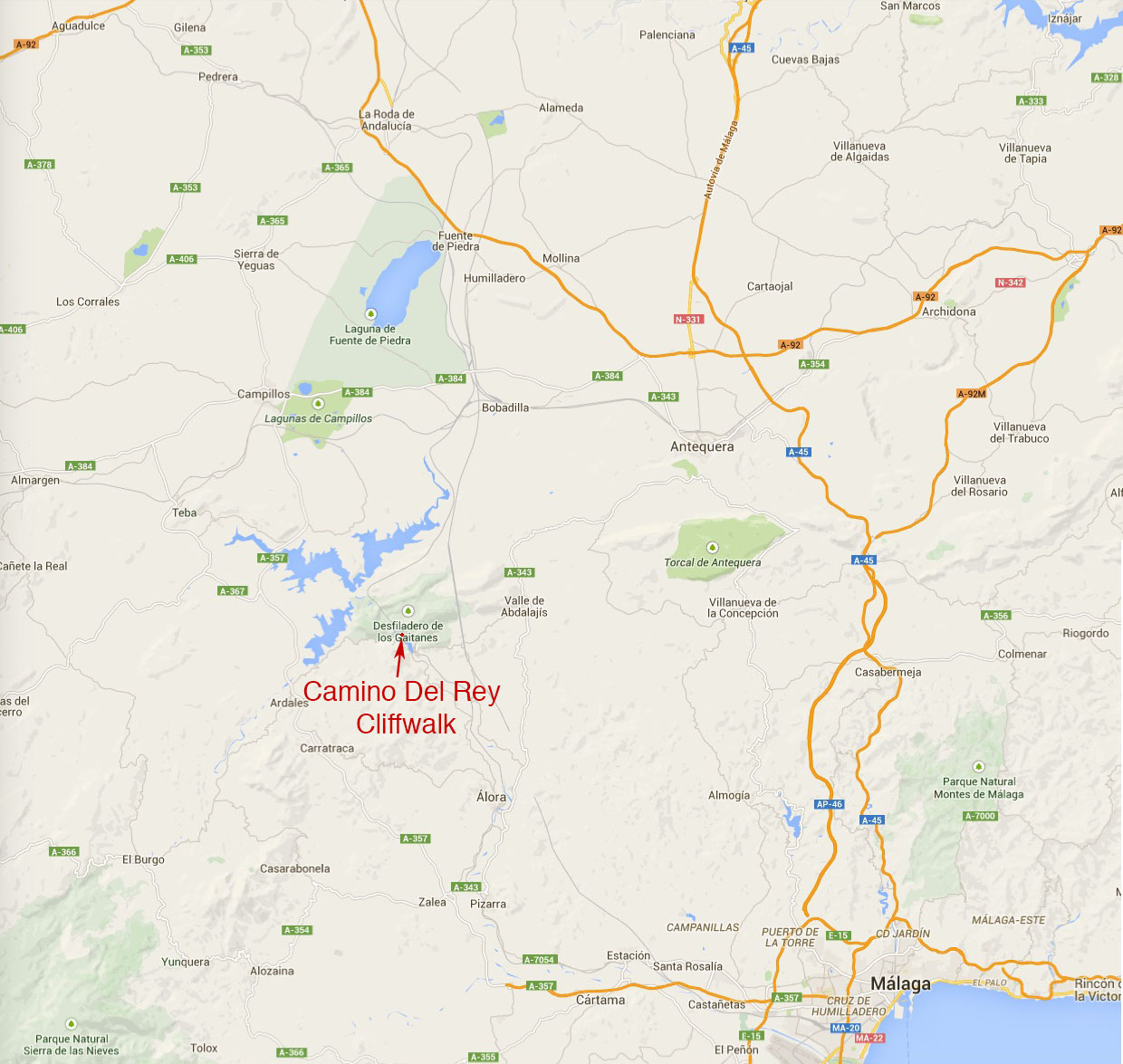